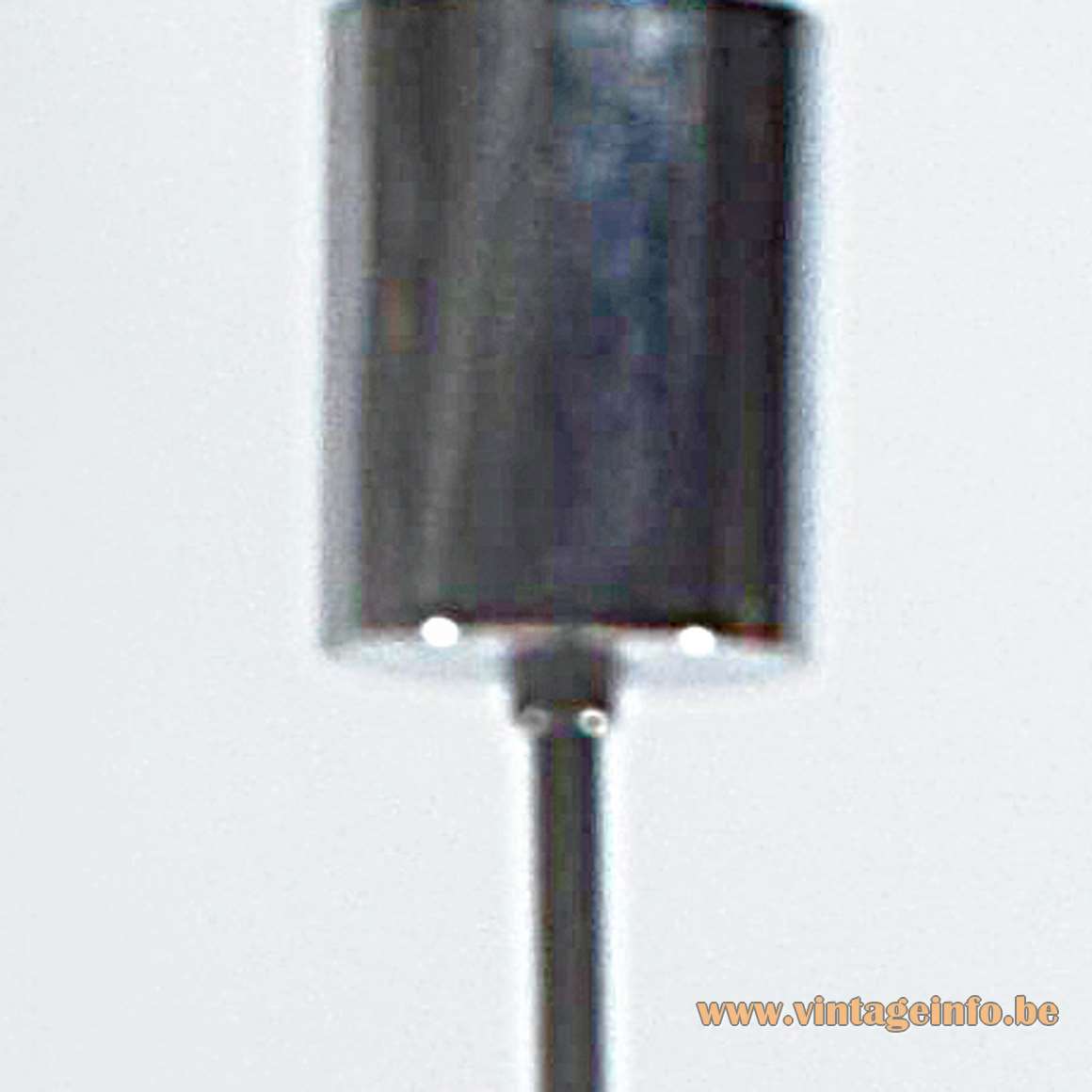 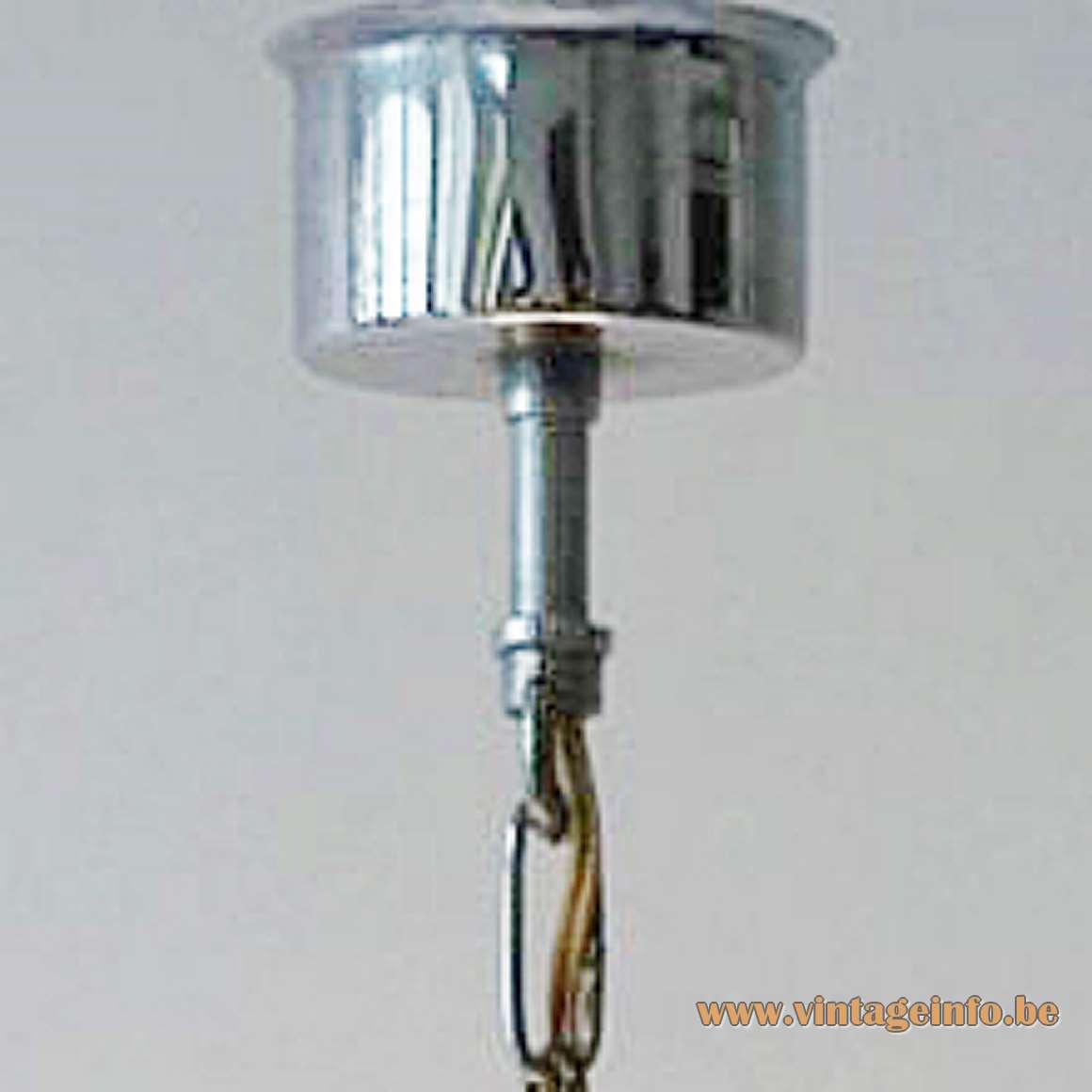 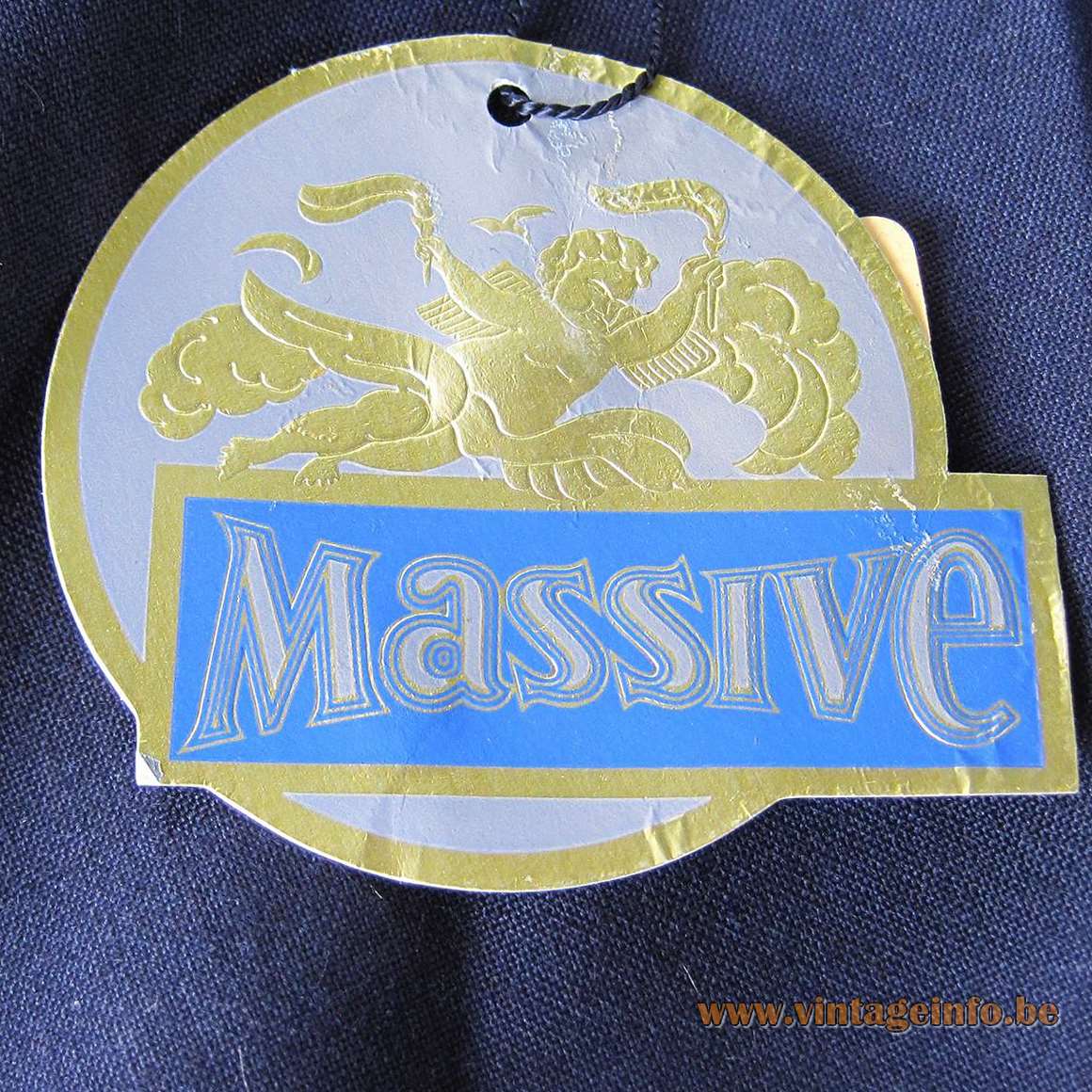 A crystal glass Sputnik chandelier, brand unknown, almost similar to this Val Saint Lambert sputnik chandelier, was used as a prop in the 1976 American British comedy film The Pink Panther Strikes Again. Starring Peter Sellers, Herbert Lom and Lesley-Anne Down. It was smashed in the umpteenth fight between Cato and inspector Clousseau. A table lamp is also destroyed in this scene that was reused in Trail of the Pink Panther of 1982. The film was made after the dead of Peter Sellers and contains many flashbacks.

Several Val Saint Lambert Sputnik chandeliers hung in a villa in Brussels, Belgium until the end of 2020. 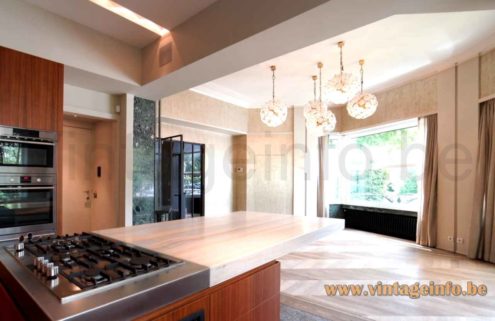 Many thanks to Hans from Objeta for the beautiful pictures and the enthusiasm.
Many thanks to Eric of Val Saint Lambert for his enlightening information about these lamps.

Manufacturer: Massive, Mortsel, Kontich and Wommelgem, Belgium. Val Saint Lambert produced the glass parts for these lamps, as confirmed by the company.

Other versions: The Val Saint Lambert sputnik chandelier was also made with a chromed metal (iron) frame. Made in different sizes. Two types of discs: round or flat discs. Hanging on a rod or chain. Wall lamps and flush mounts also exists. Also made in brass plated iron.

Also the other Belgian company S.A. Boulanger sold these lamps. But with slightly different parts. What is most striking is a completely different canopy, as you can see on the left. The Massive label hung on a string, the S.A. Boulanger label is glued inside the canopy, but is often gone (see below).

Massive sold several Boulanger models over the years. The only difference is the typical Massive canopy/ceiling cap and some other parts. As you can see with this lamp.