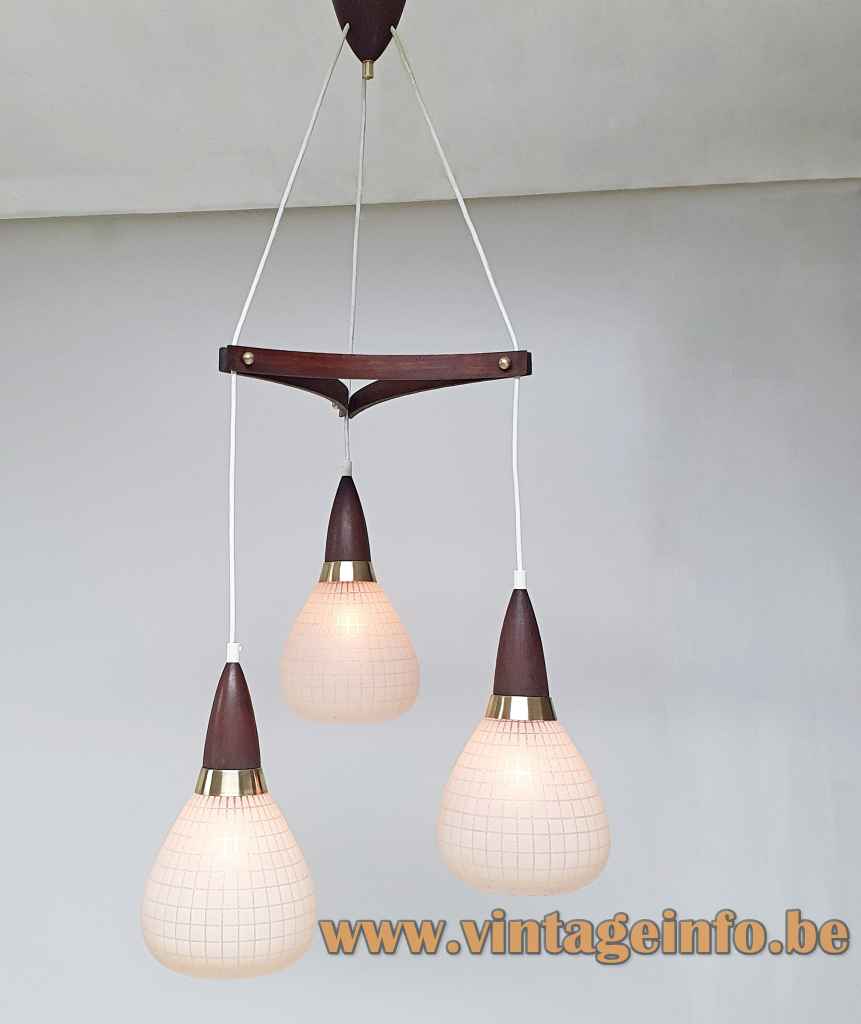 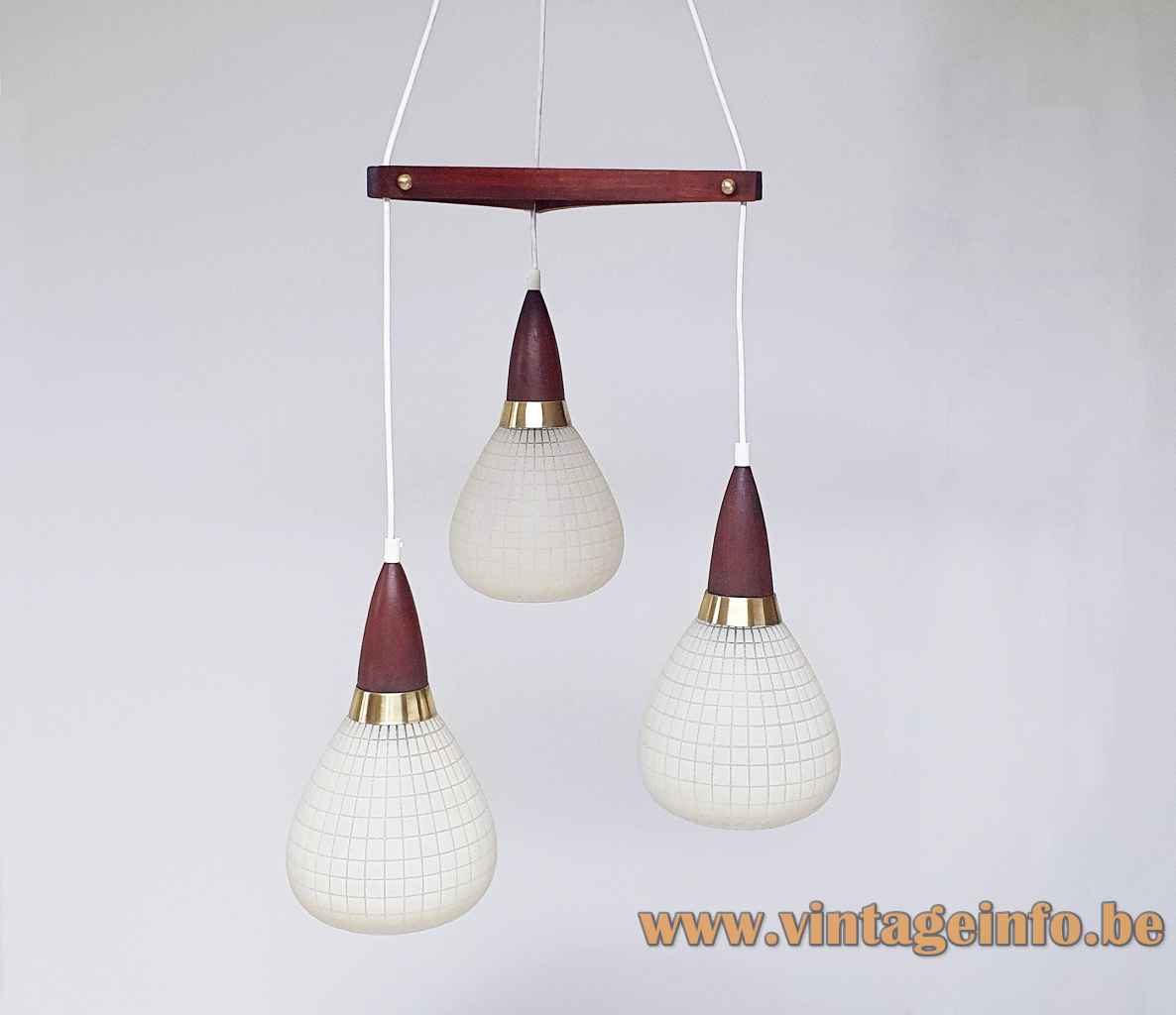 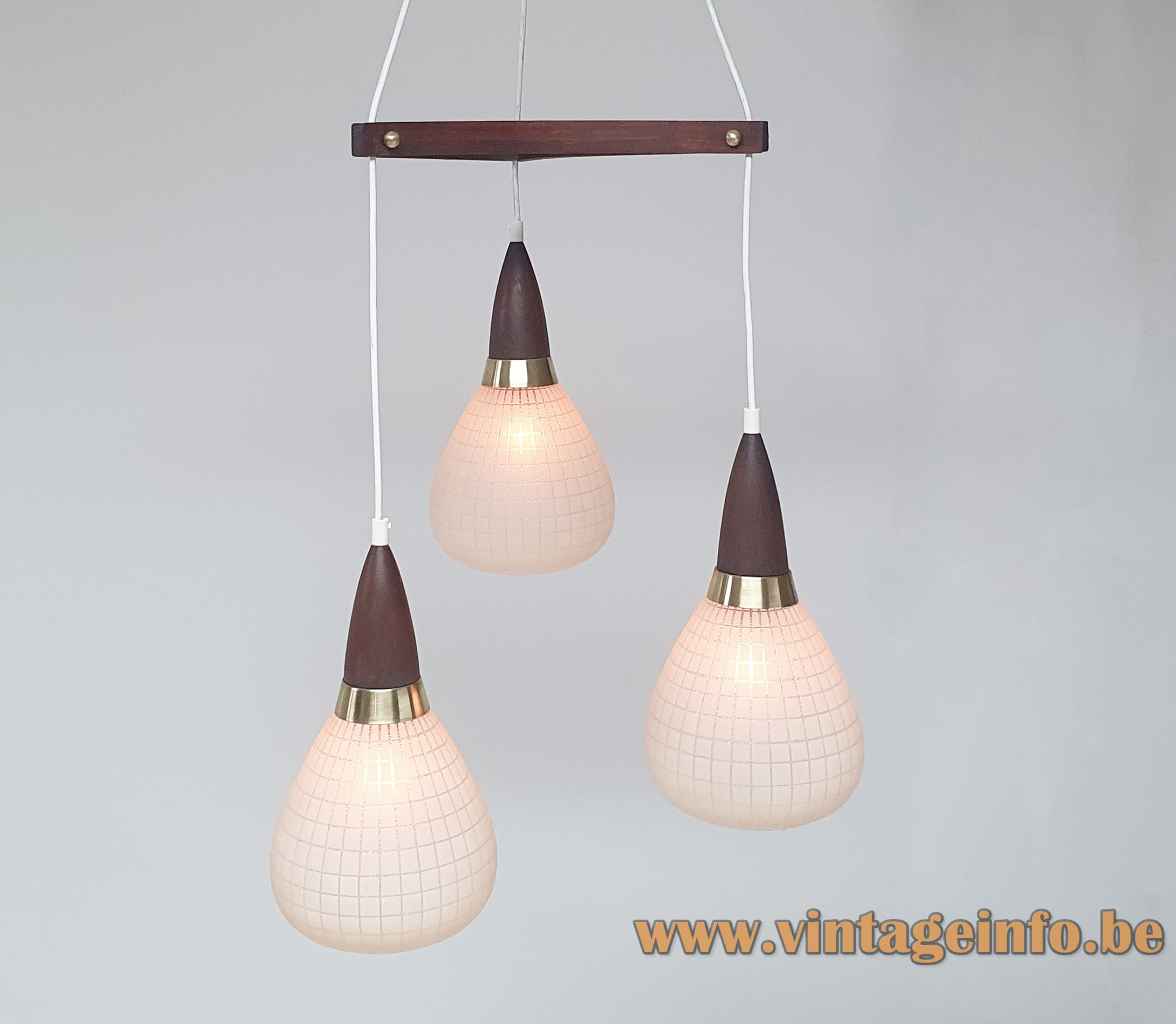 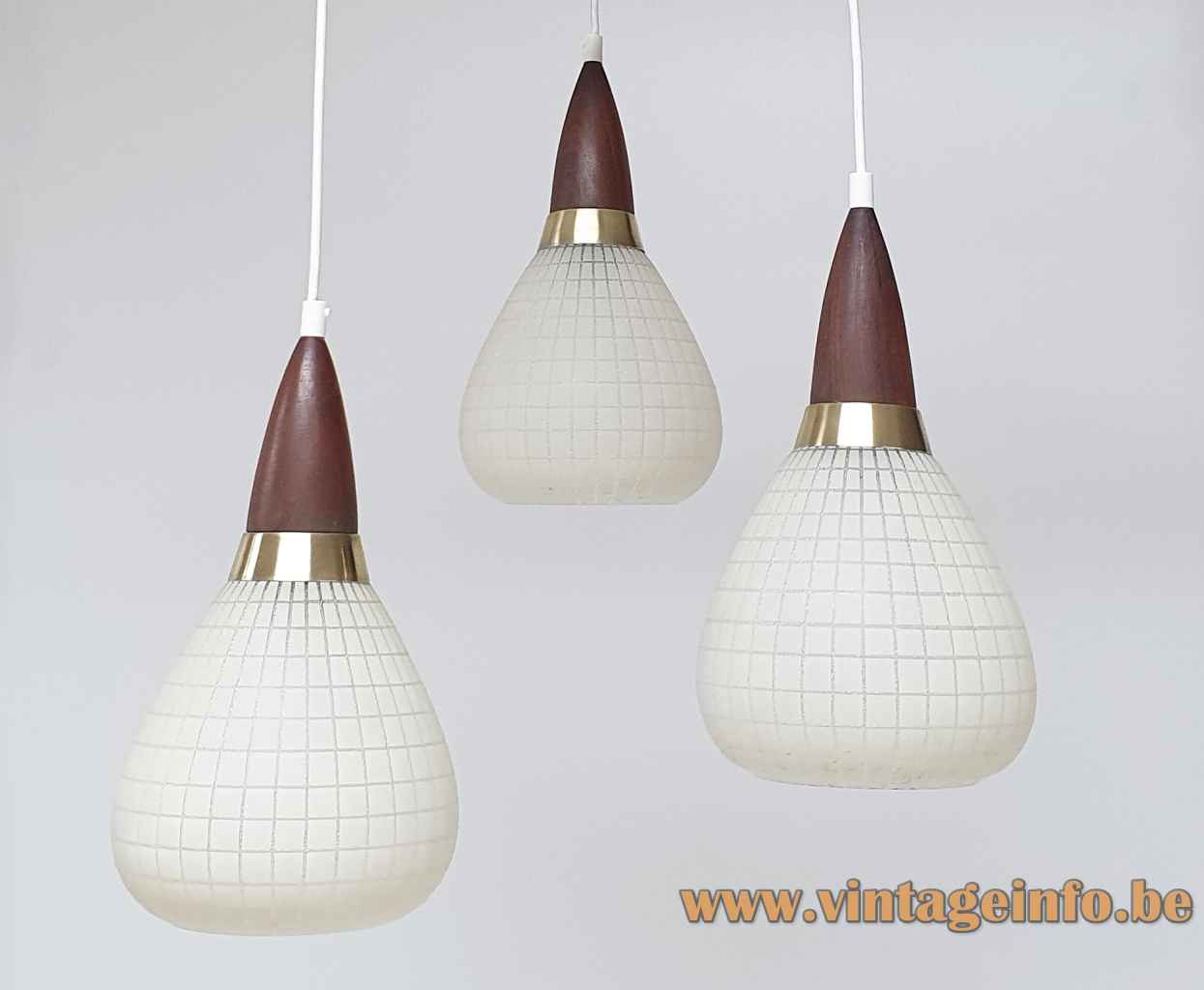 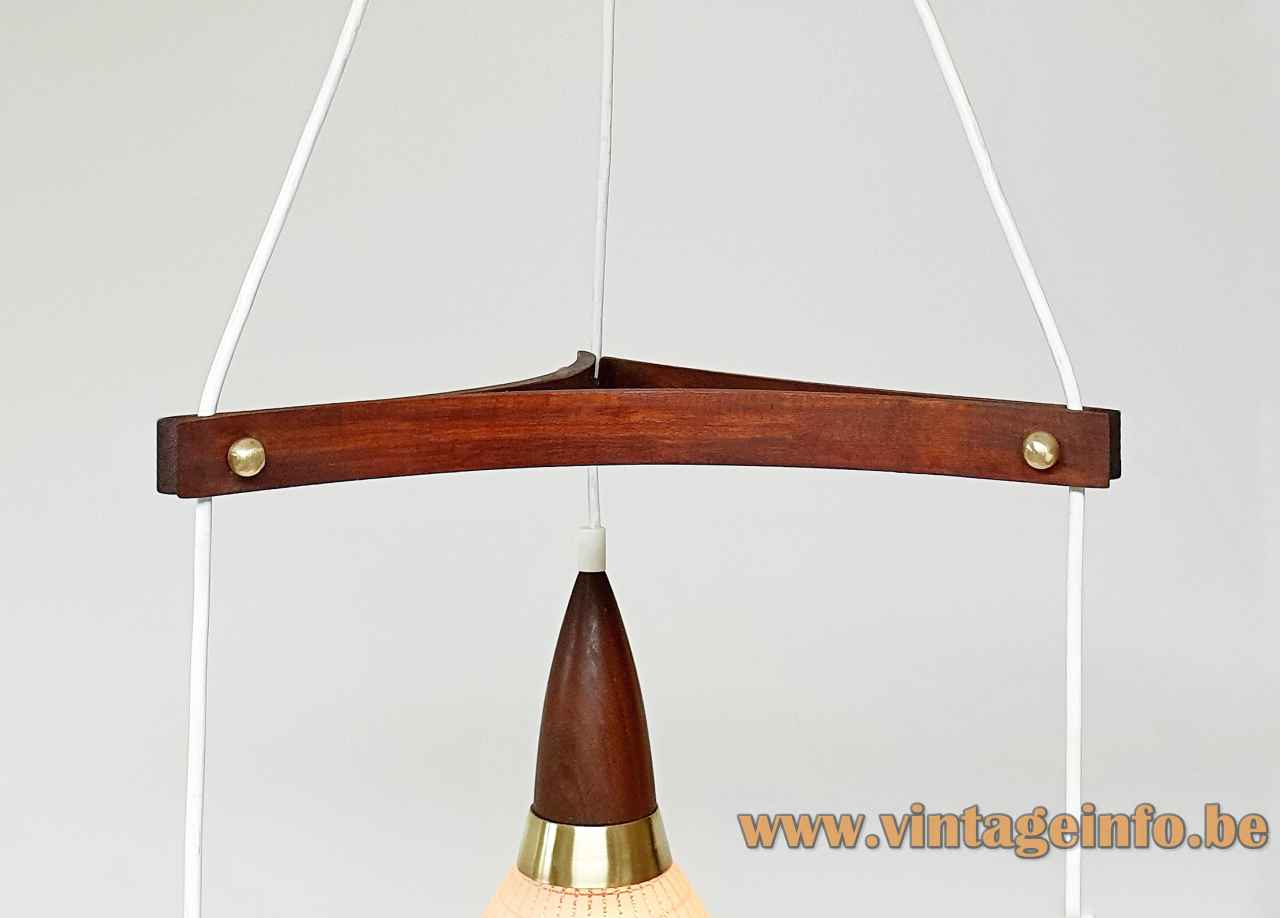 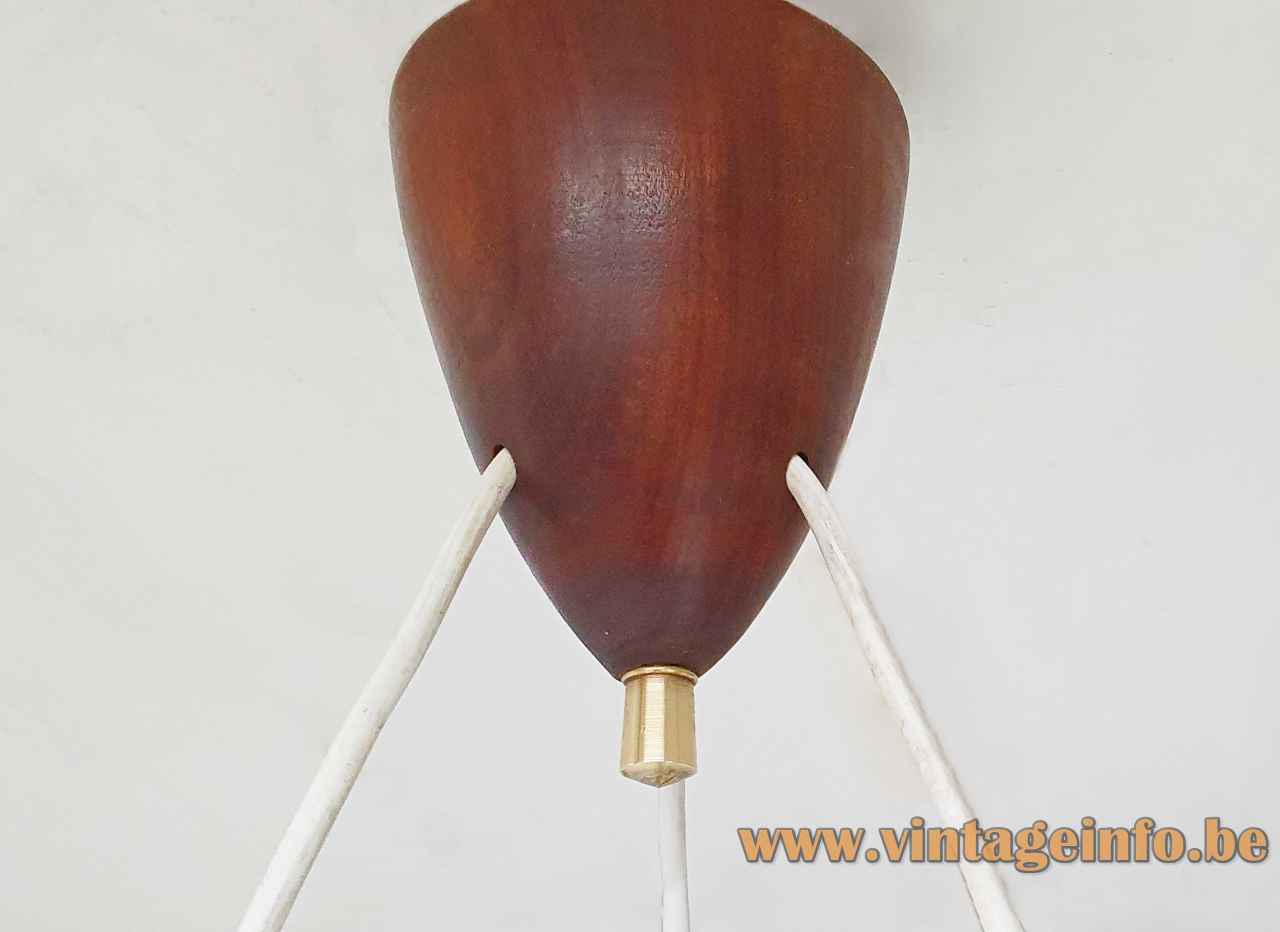 Other versions: This Massive triple pendant chandelier exists in several versions. Also single pendant lamps were made. The glass lampshades were used for several other chandeliers.

Often said that these lamps were made by Philips. Philips never produced lamps with wooden canopies.