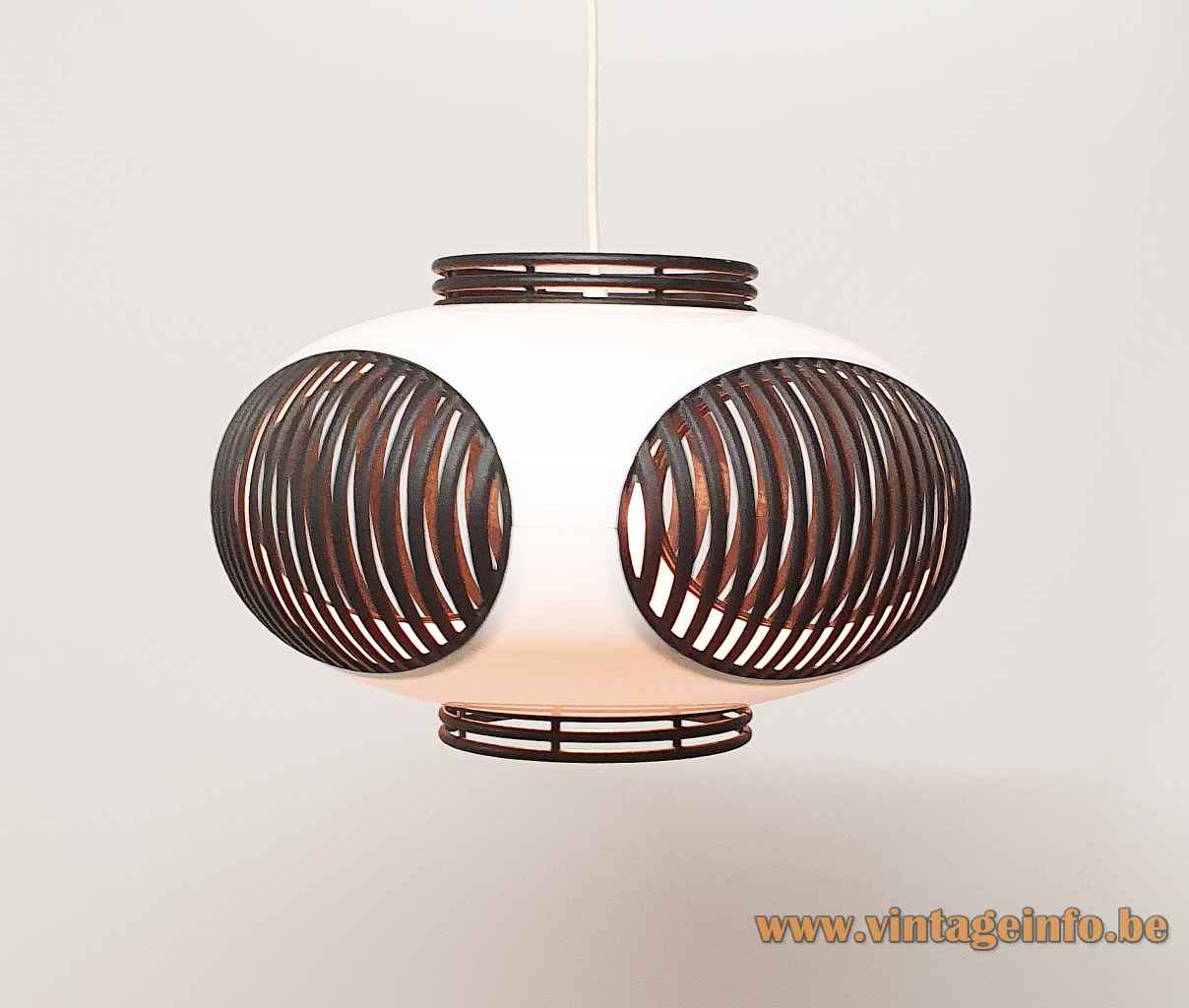 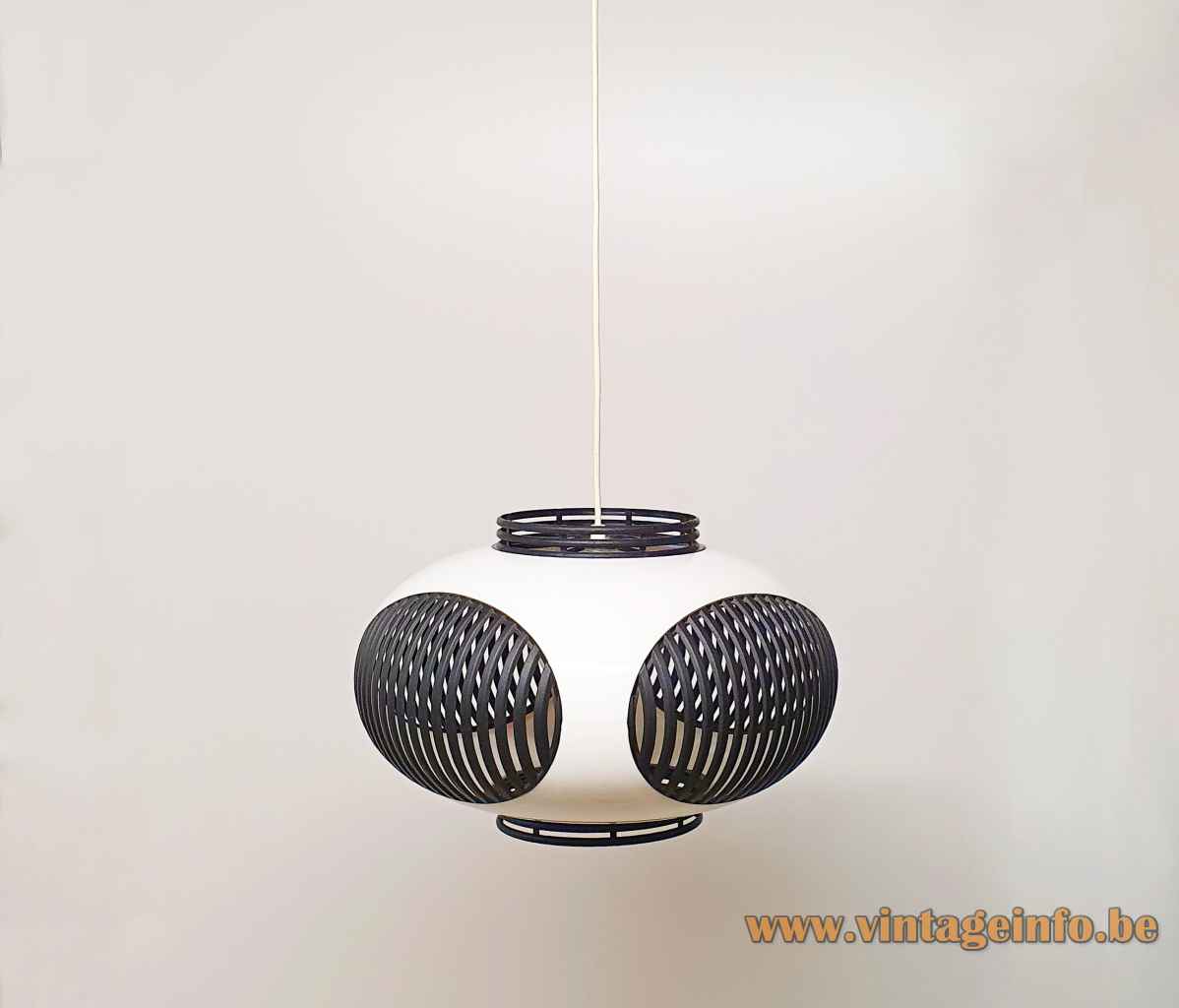 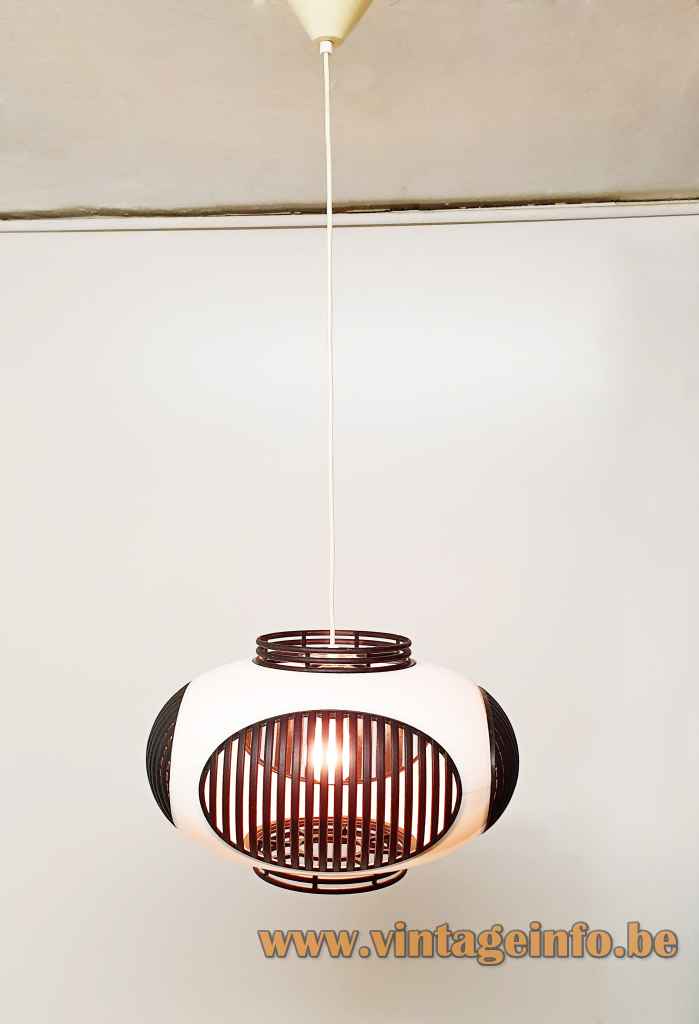 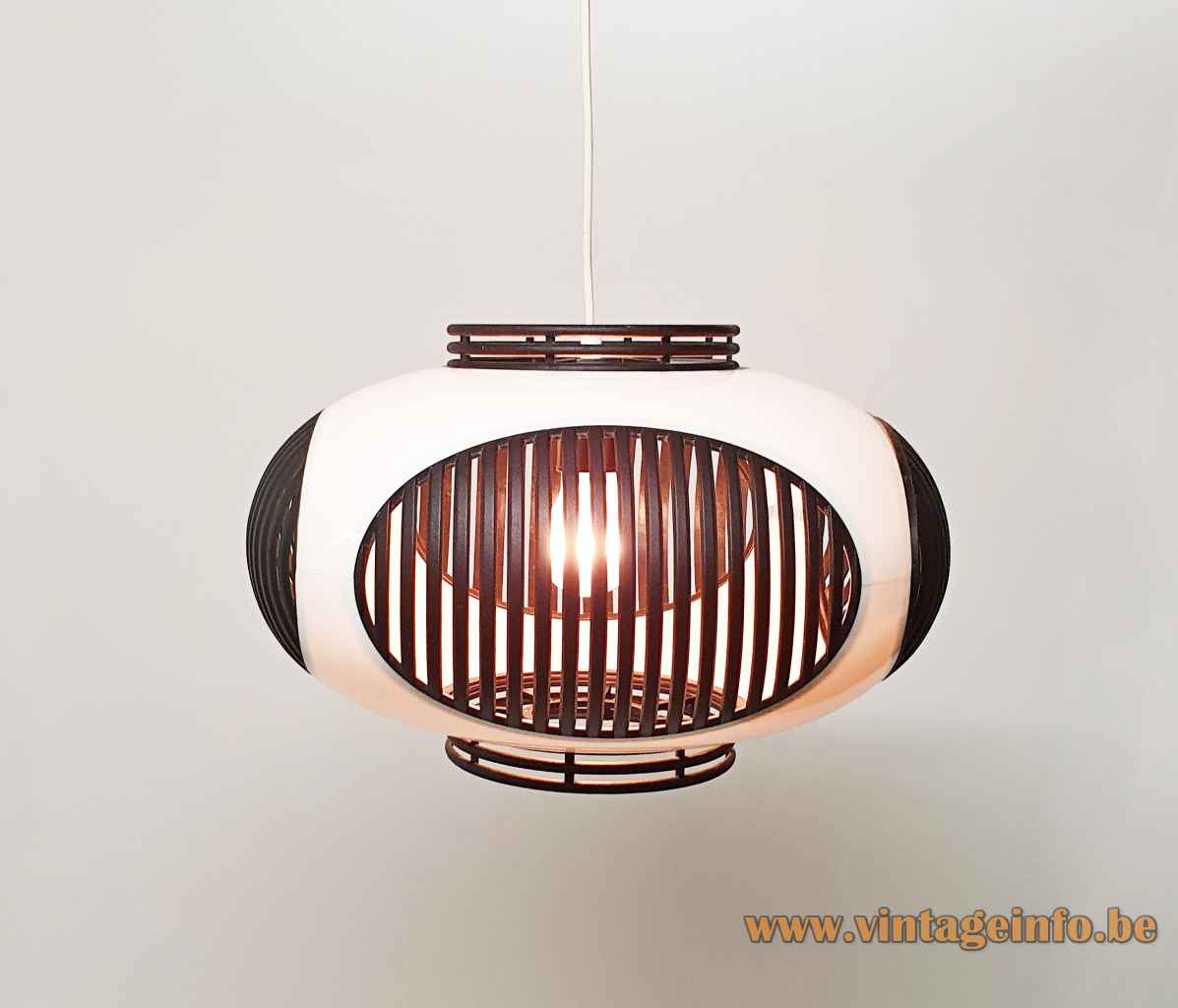 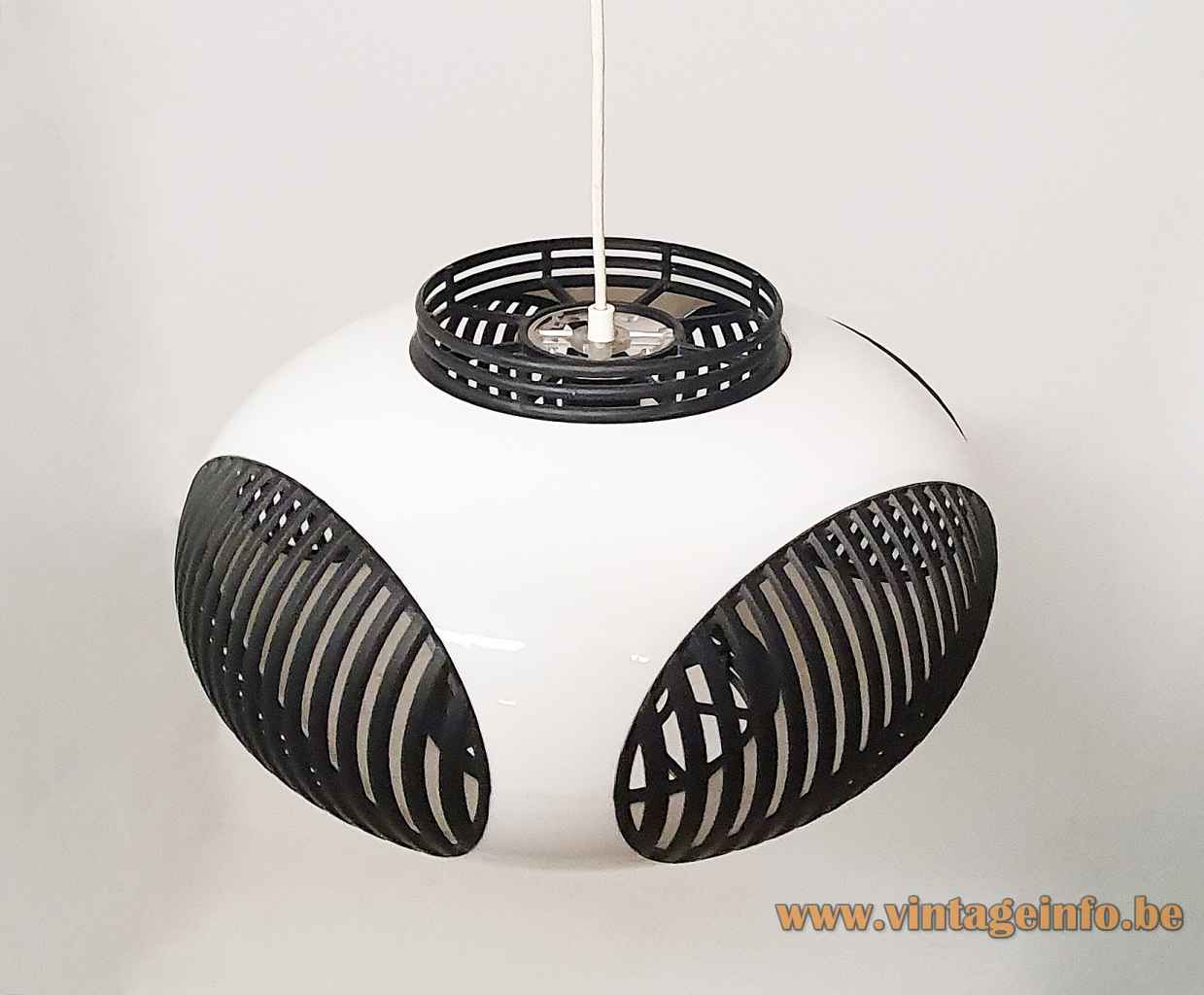 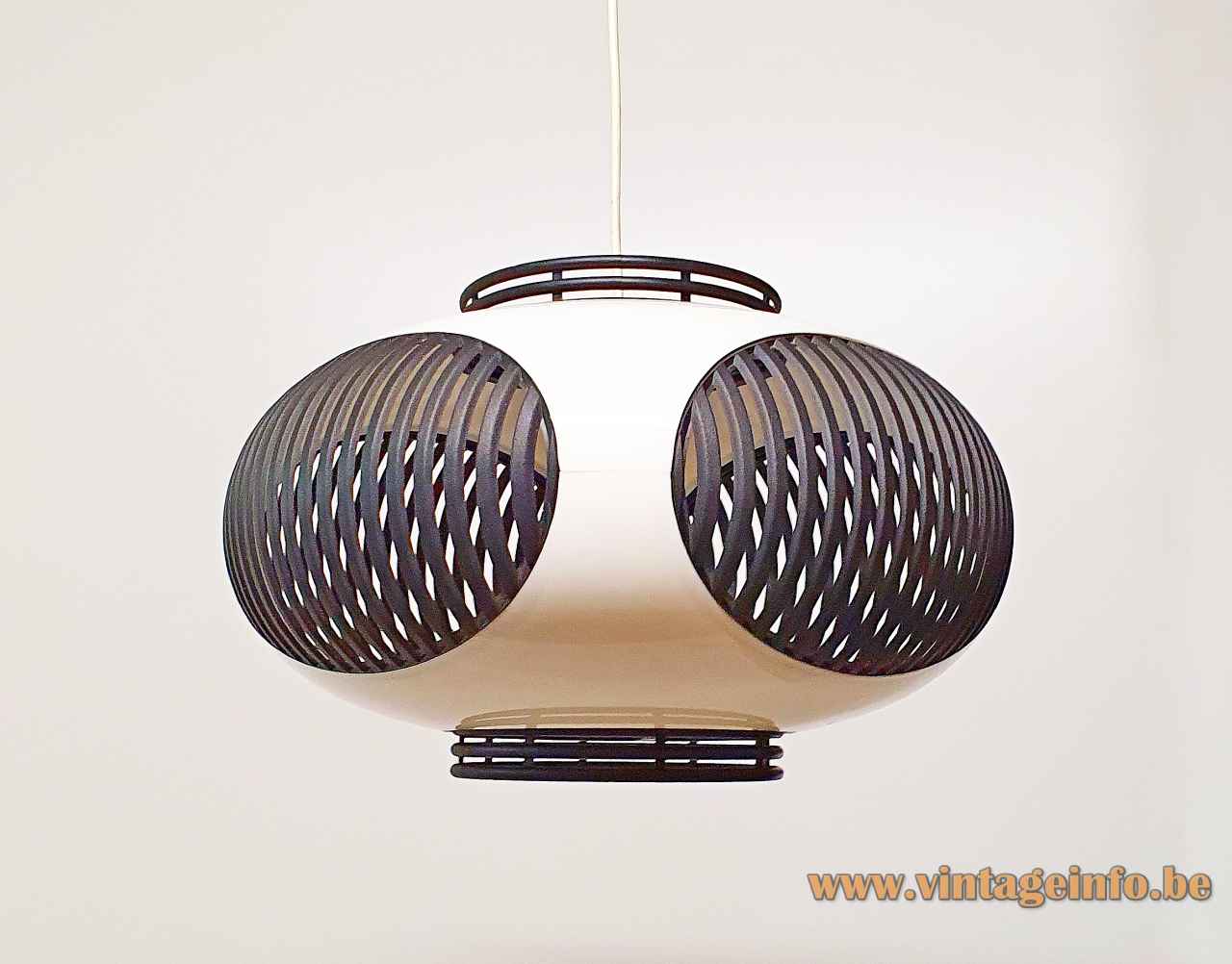 A yellow version of this Massive bug-eye pendant lamp appears in the 2009 film Mr. Nobody. A science fiction drama film written and directed by Jaco Van Dormael. Starring Jared Leto, Sarah Polley and Diane Kruger. Many other lamps appear in this film.

Other versions: This Massive bug-eye pendant lamp exists in many variations. This one is a version the company made in the late 70s, early 80s. This version most resembles a bug.

Despite everyone says that this typical plastic age pendant lamp is designed by Luigi Colani, it is not. This lamp has nothing to do with Luigi Colani whatsoever as confirmed by the owner of the Colani website. Also, this lamp is not mentioned in any catalogue about Colani.

This Massive bug-eye pendant lamp has some similarities with the truck Colani designed. But probably the design was “inspired” by the Futuro house Finnish architect Matti Suuronen created in 1968.

You can find a very detailed explanation about this lamp and history over here, on Vintageinfo.

Orange, early version of this lamp