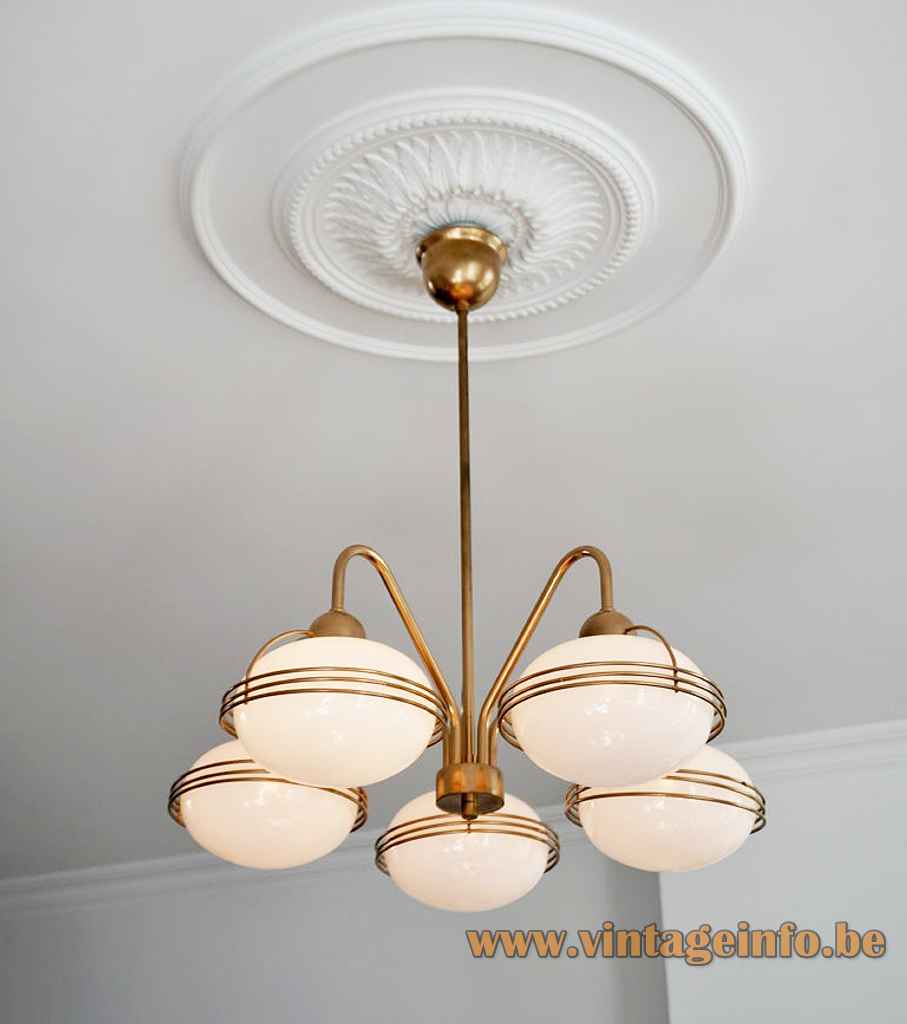 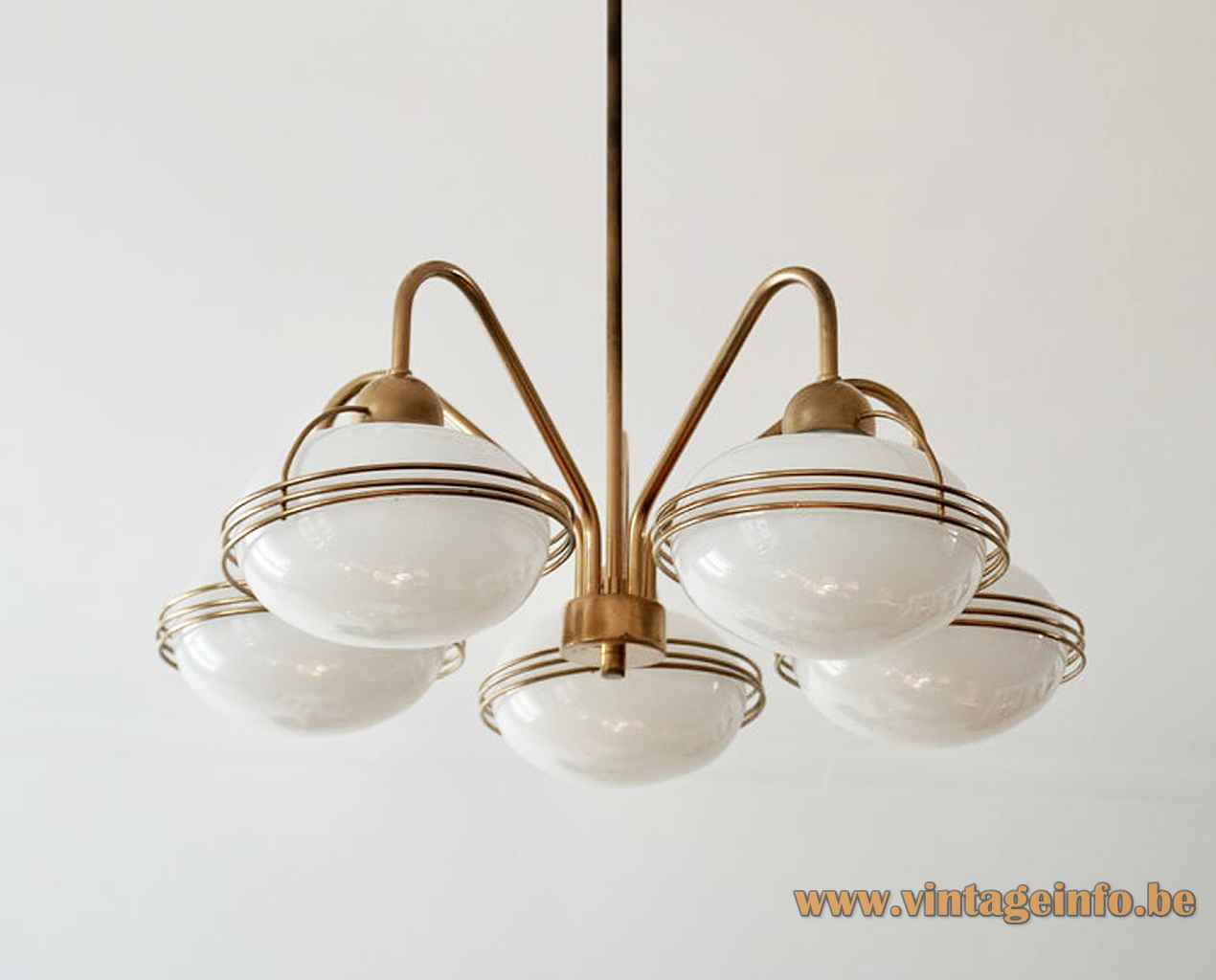 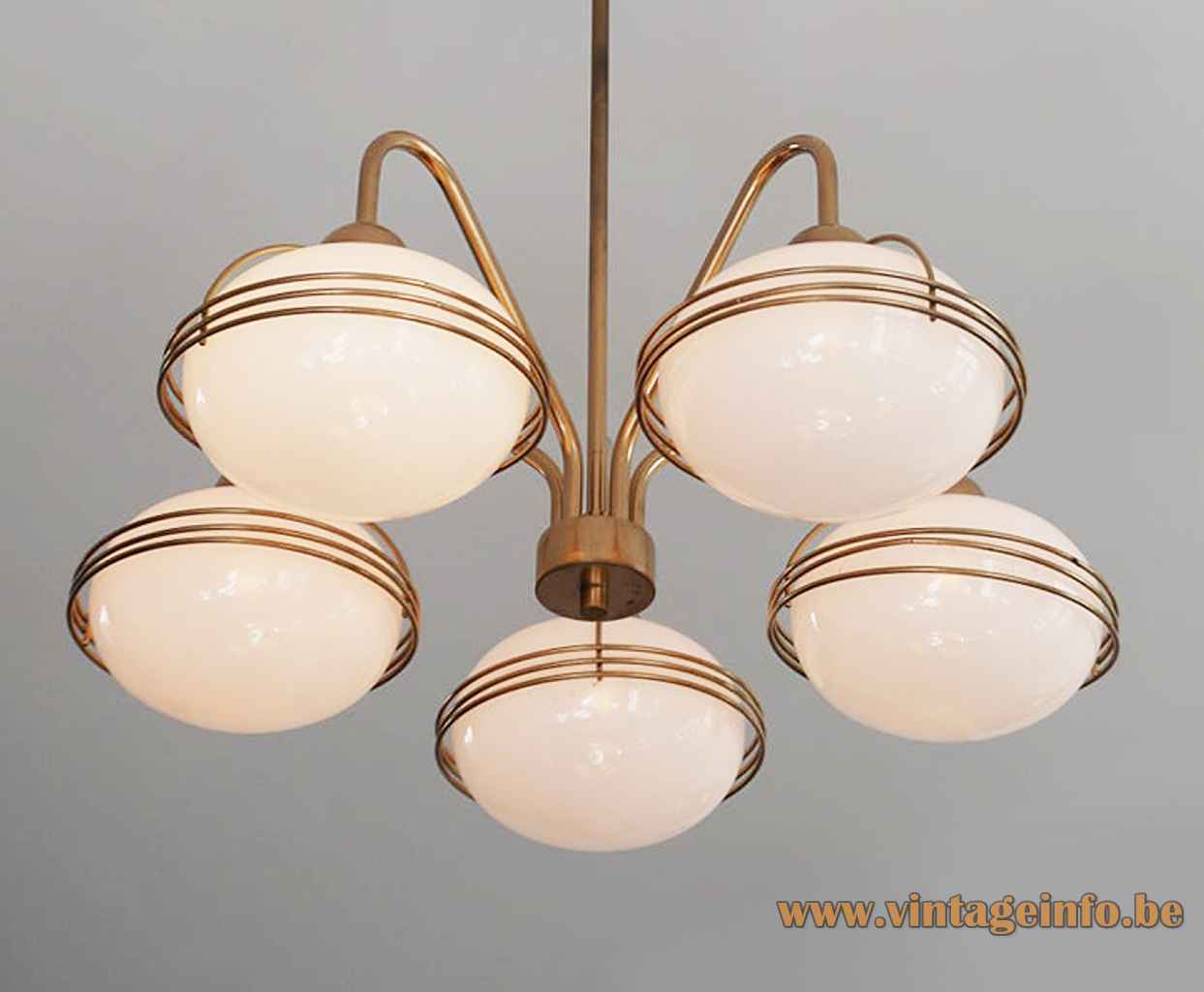 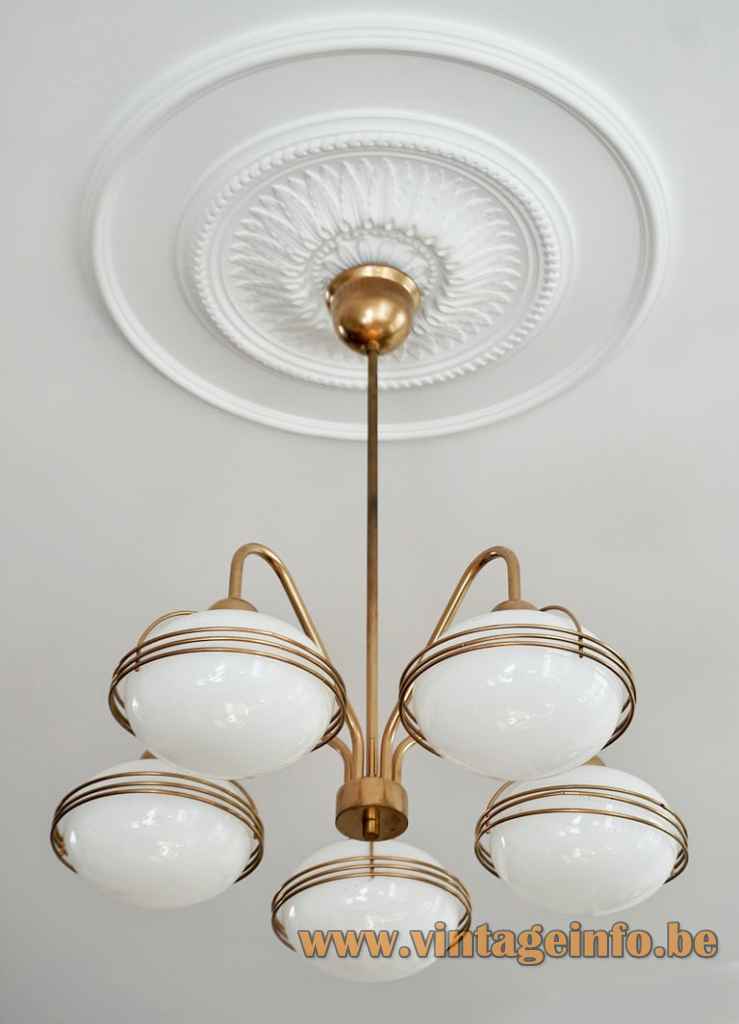 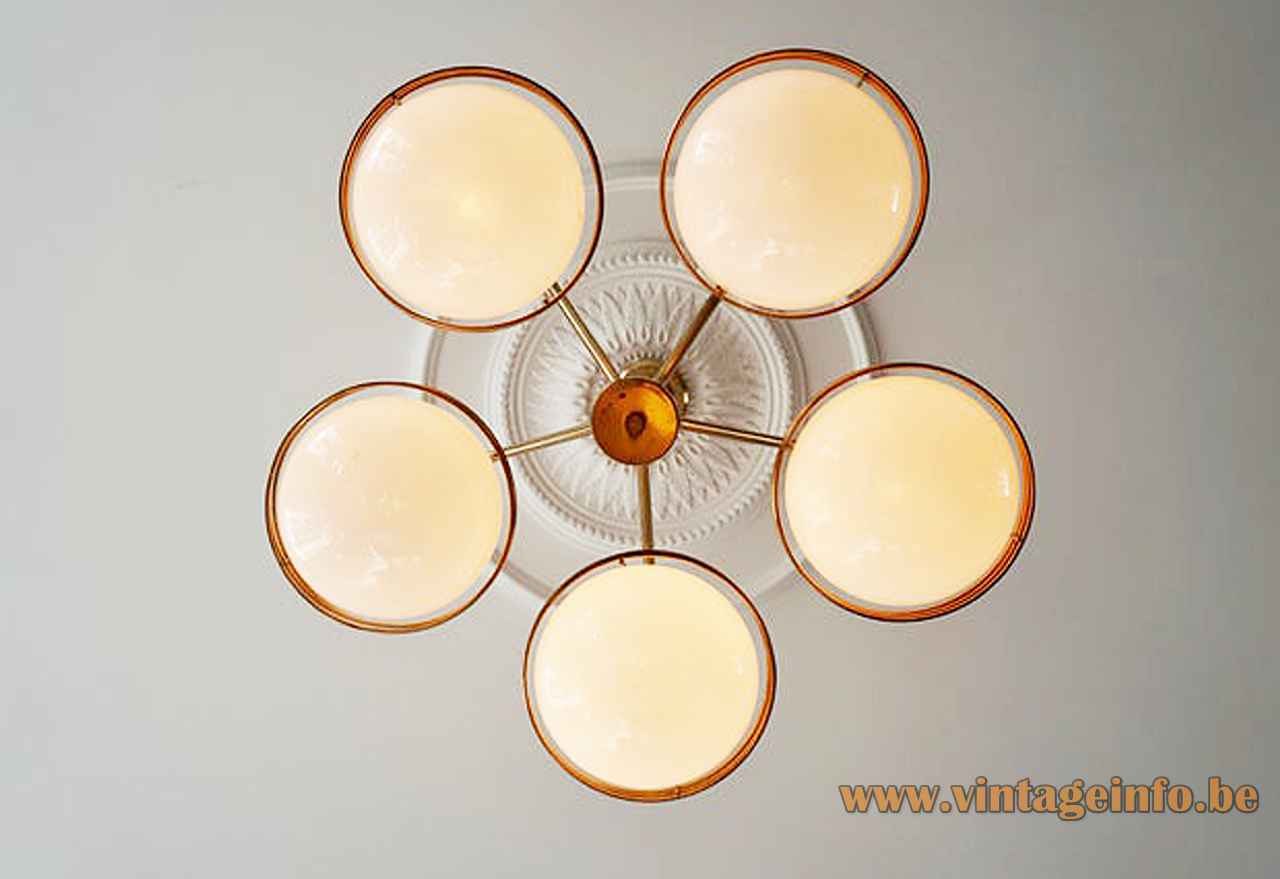 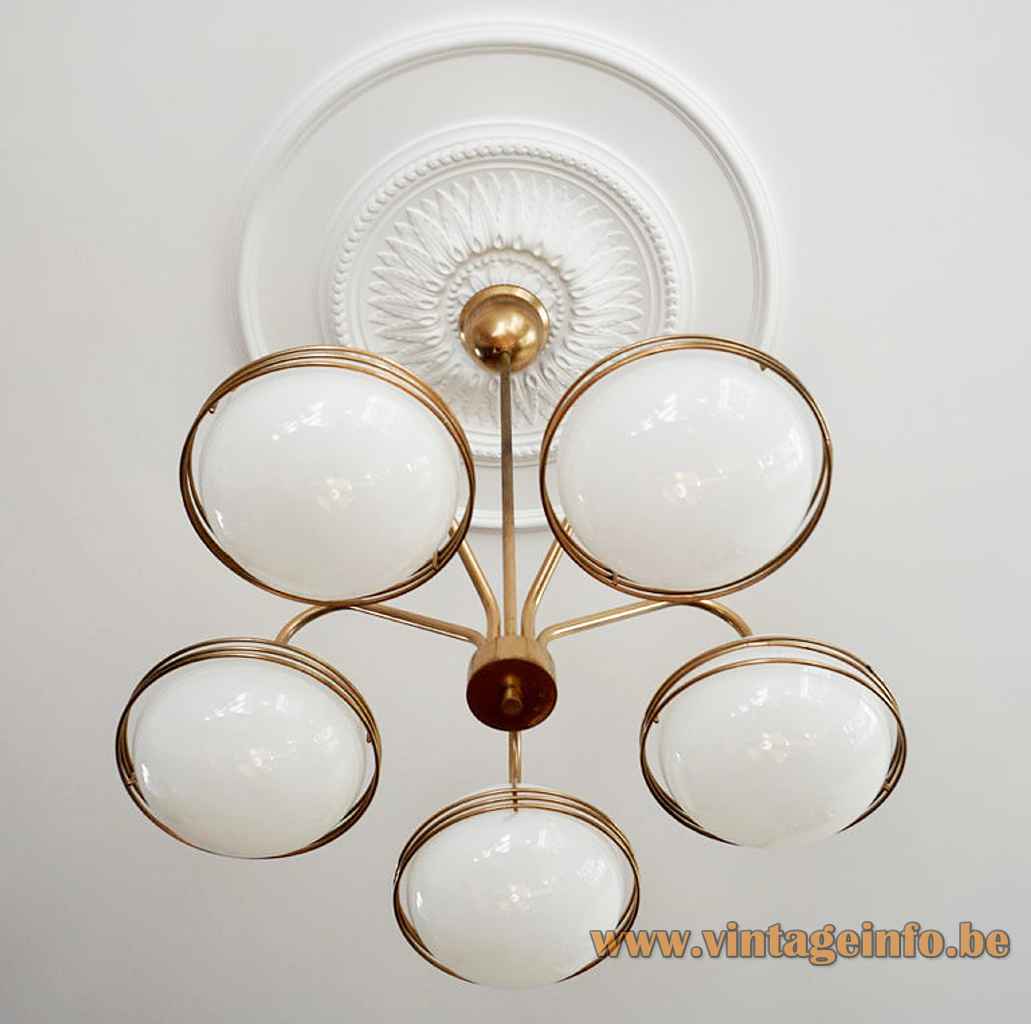 Electricity: 5 bulbs E14, 5 x 60 watt maximum, 110/220 volt.
Any type of light bulb can be used, but a white/opaque or frosted one is preferred for white glass. Clear bulbs creates stripes on the glass and therefore also on the walls.

Other versions: This Massive opal globes chandelier exists in several variations and sizes. Also chrome versions and wall lamps were made. The glass was used for several other lamps.