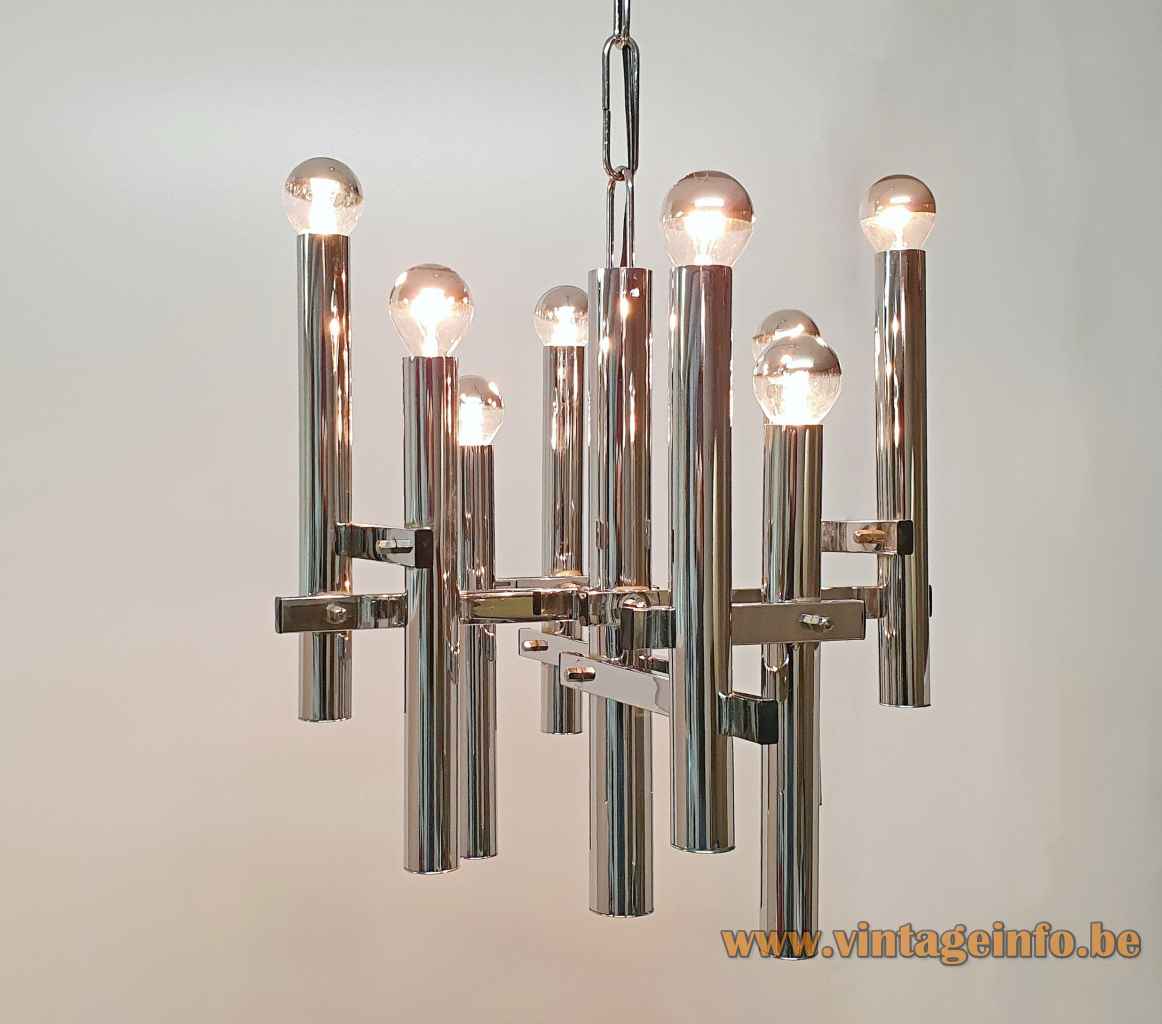 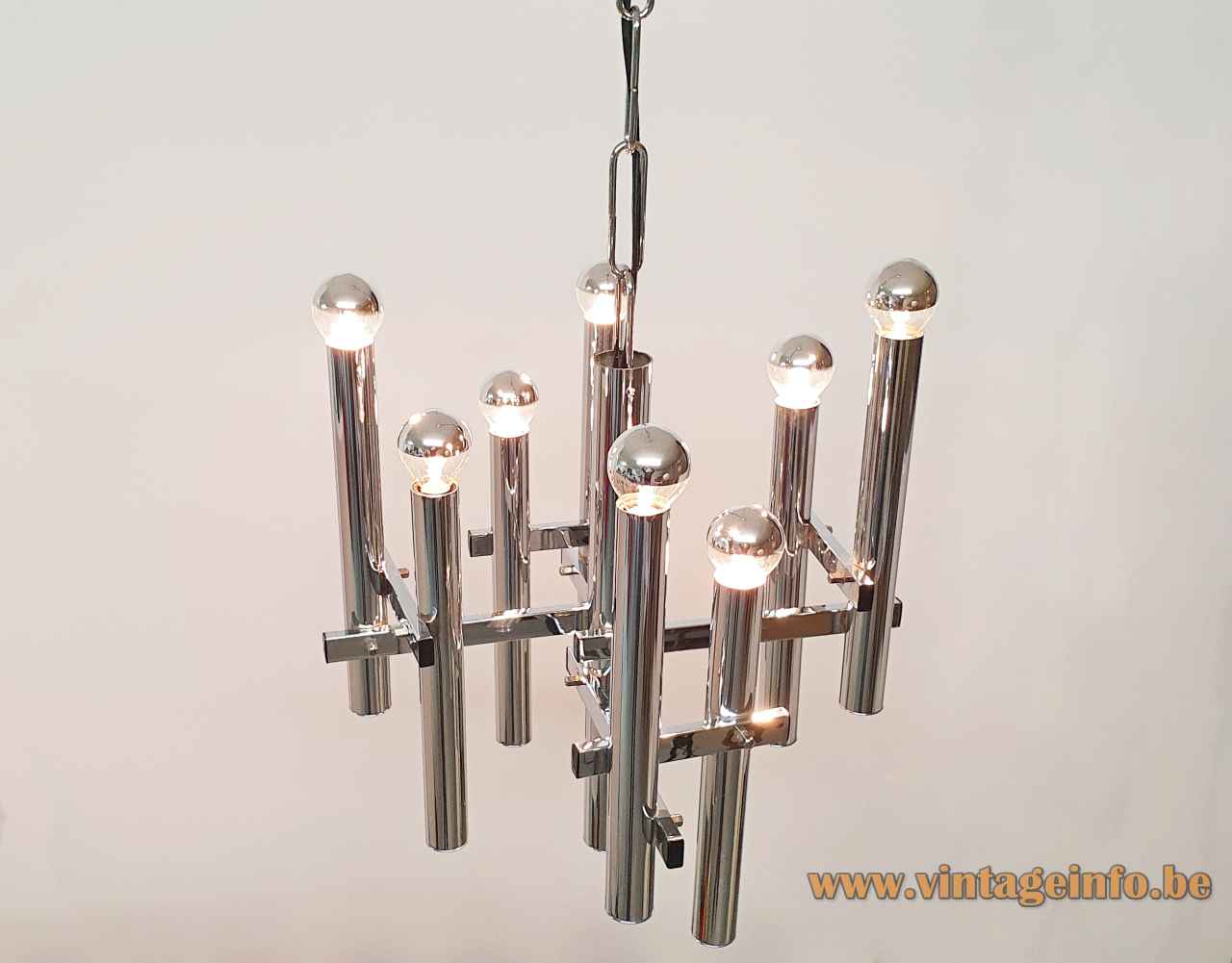 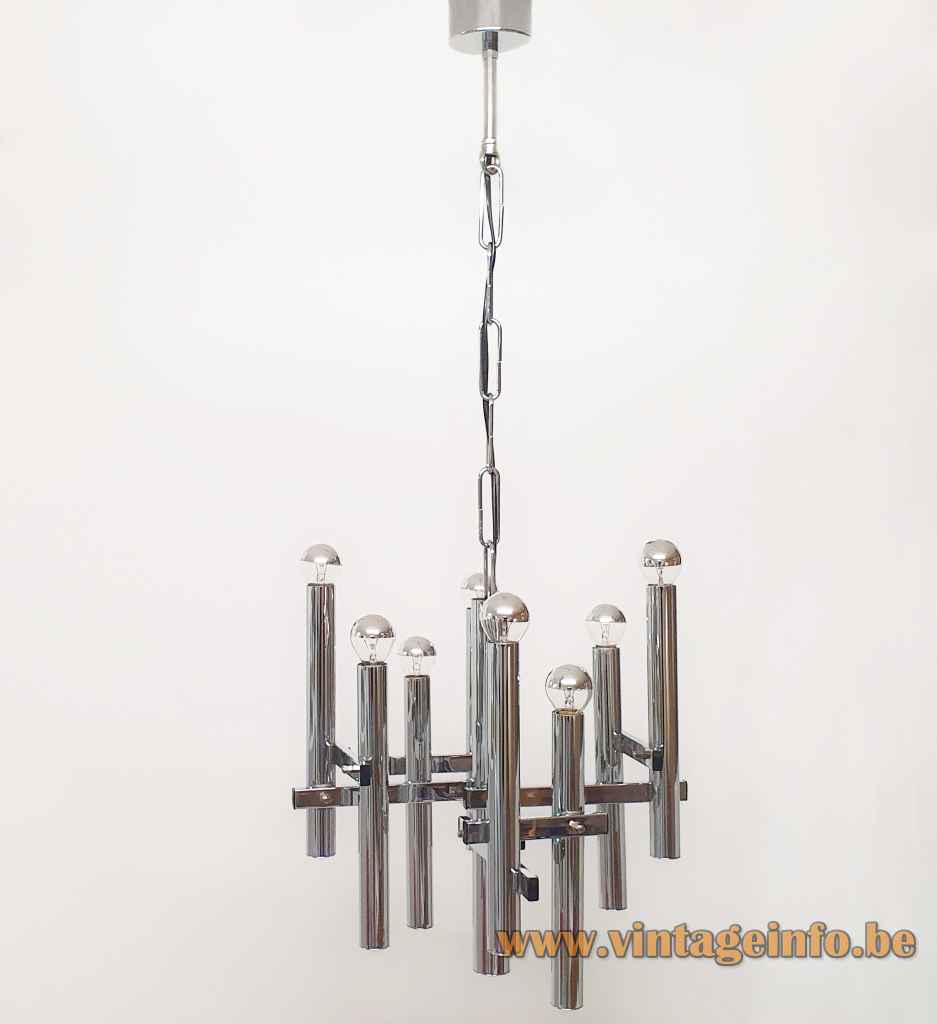 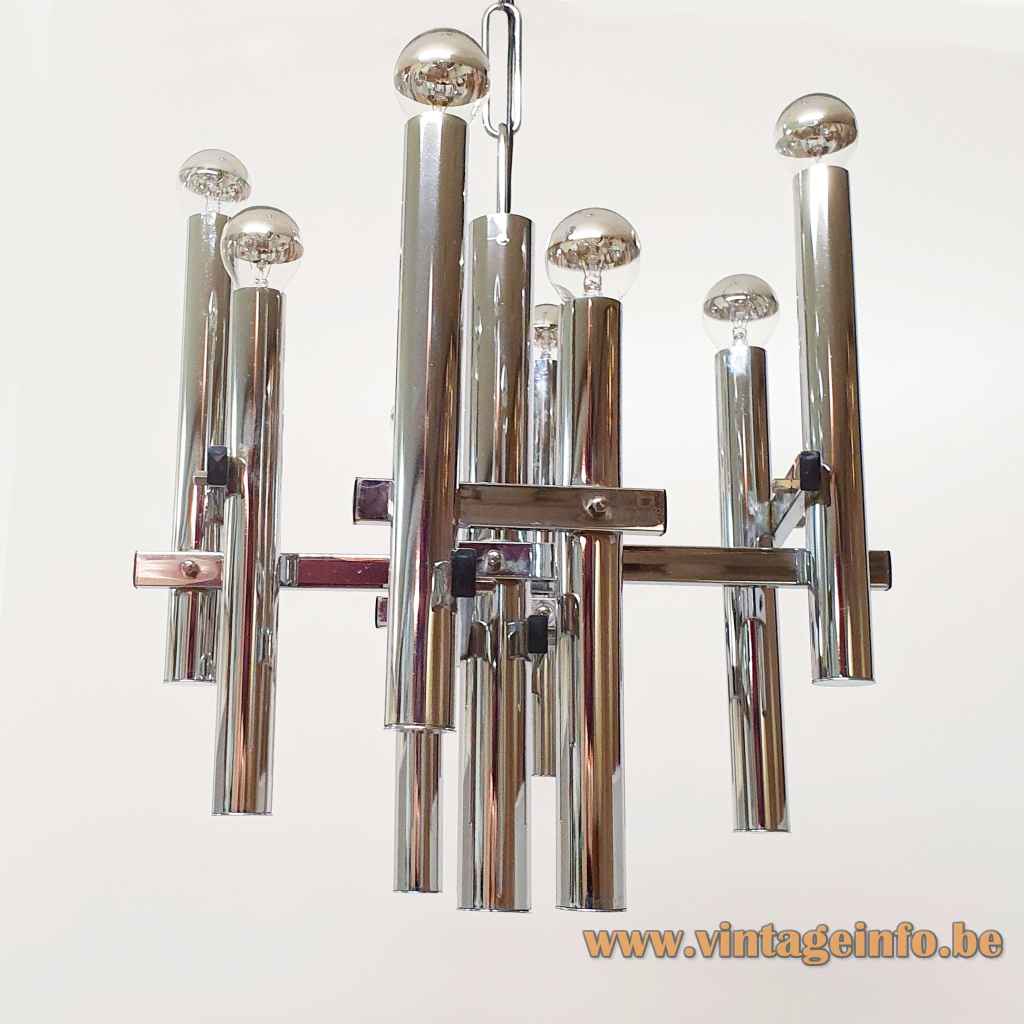 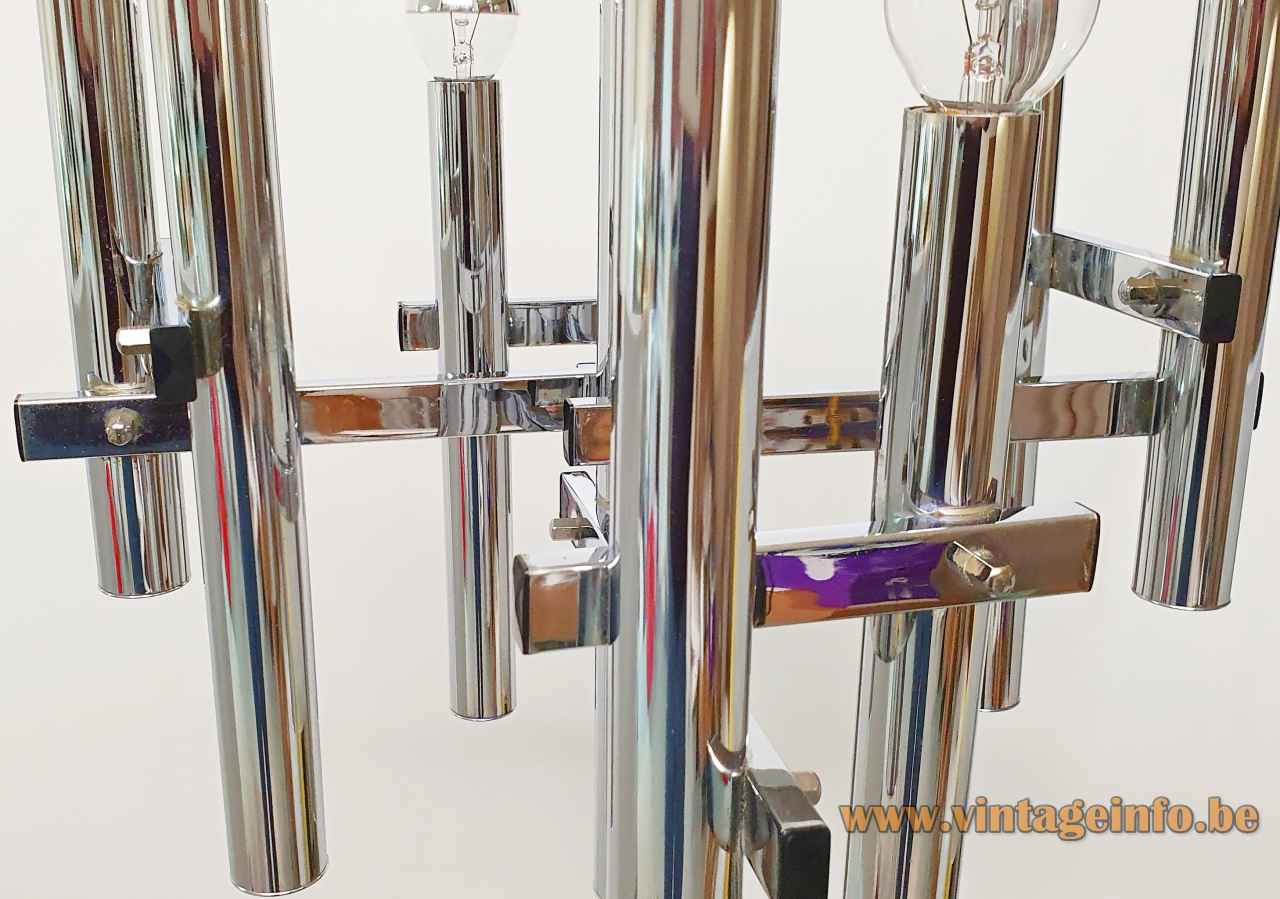 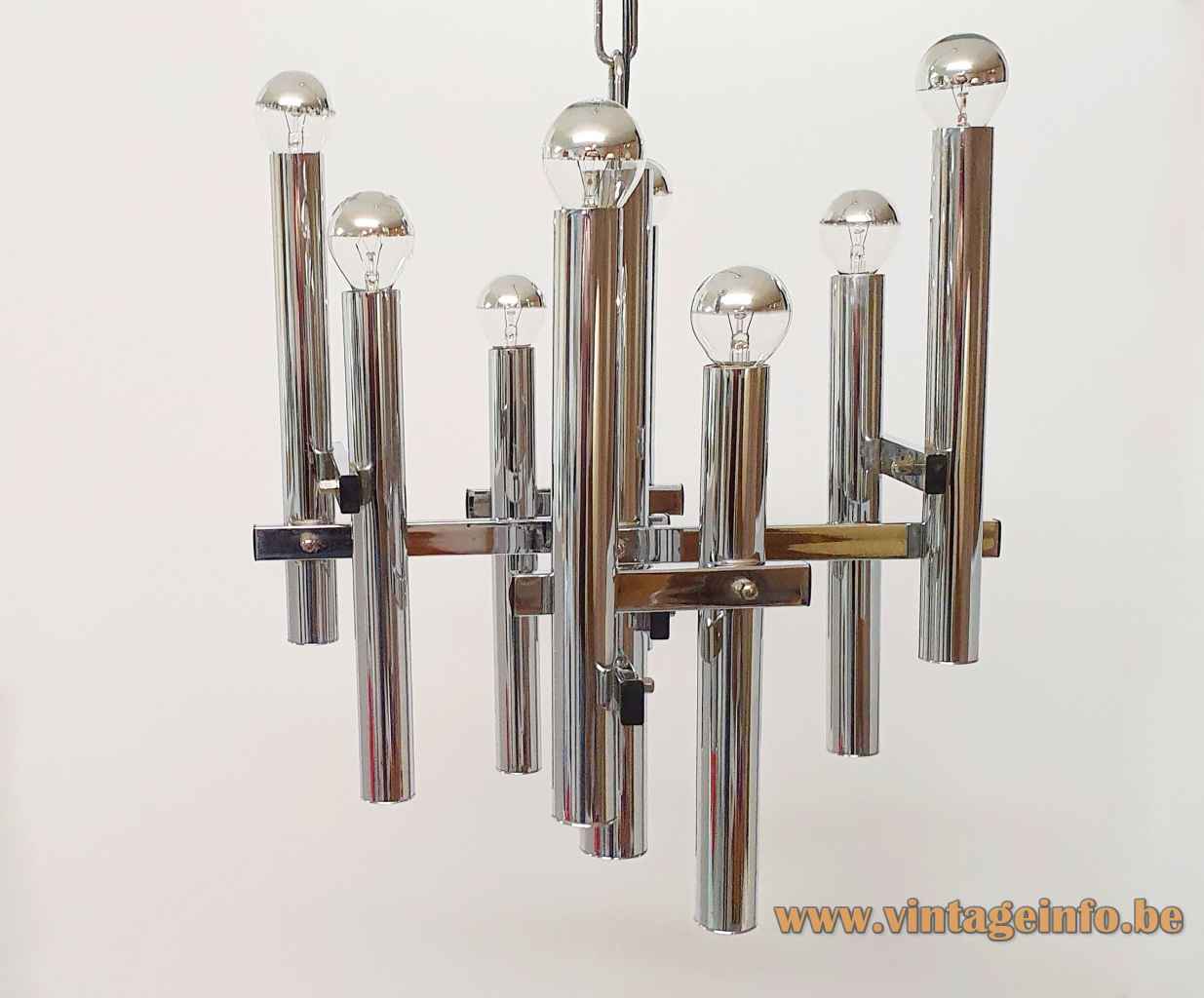 Designer: To be appraised, after a Gaetano Sciolari design.

Other versions: This Sciolari style chrome chandelier exists in several variations and sizes.