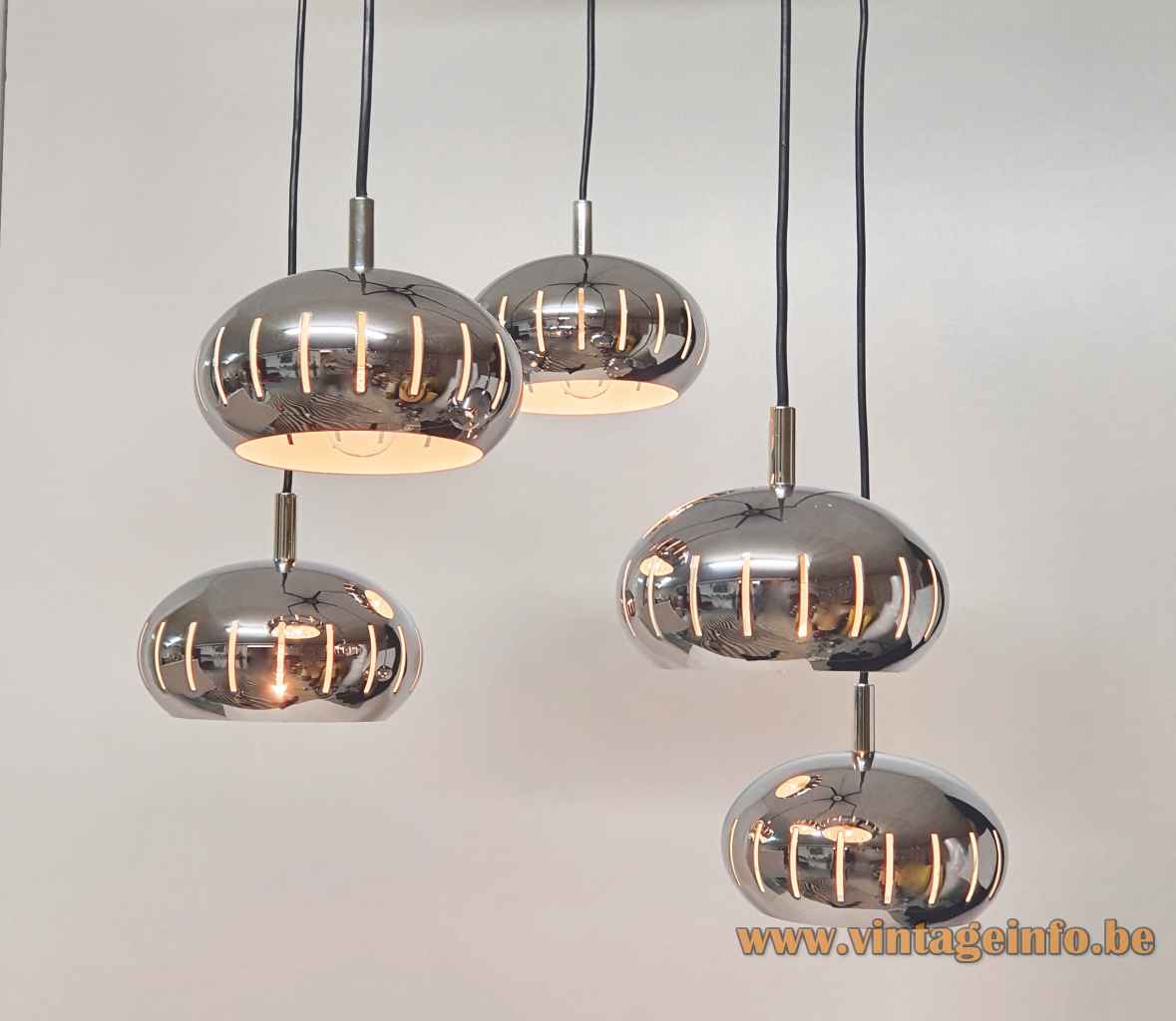 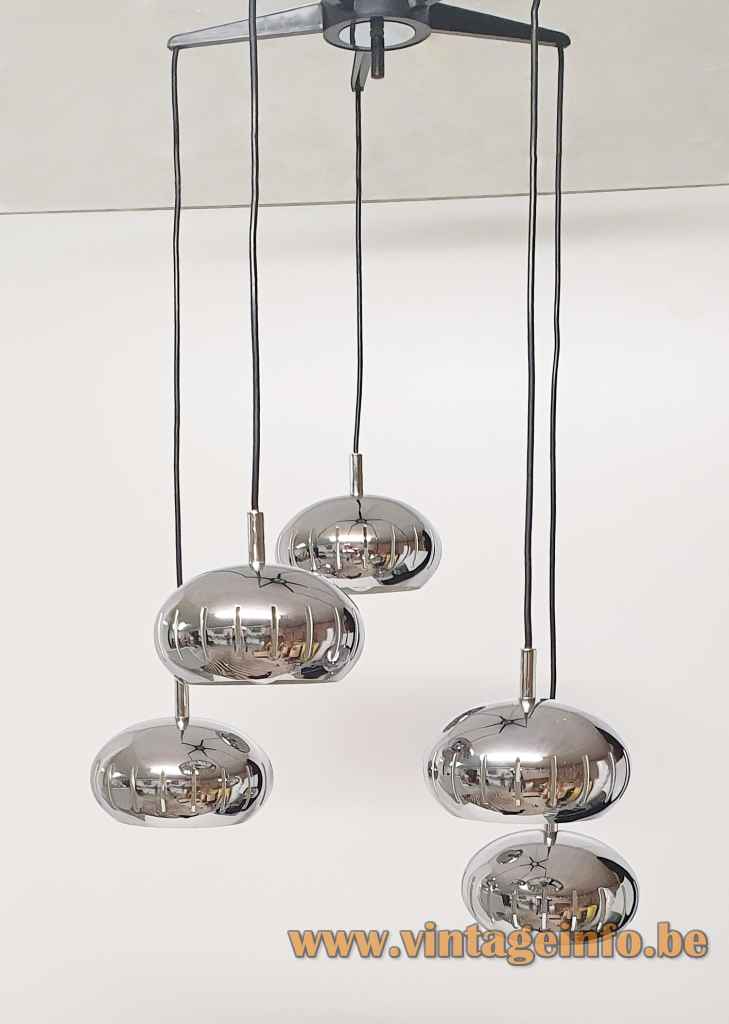 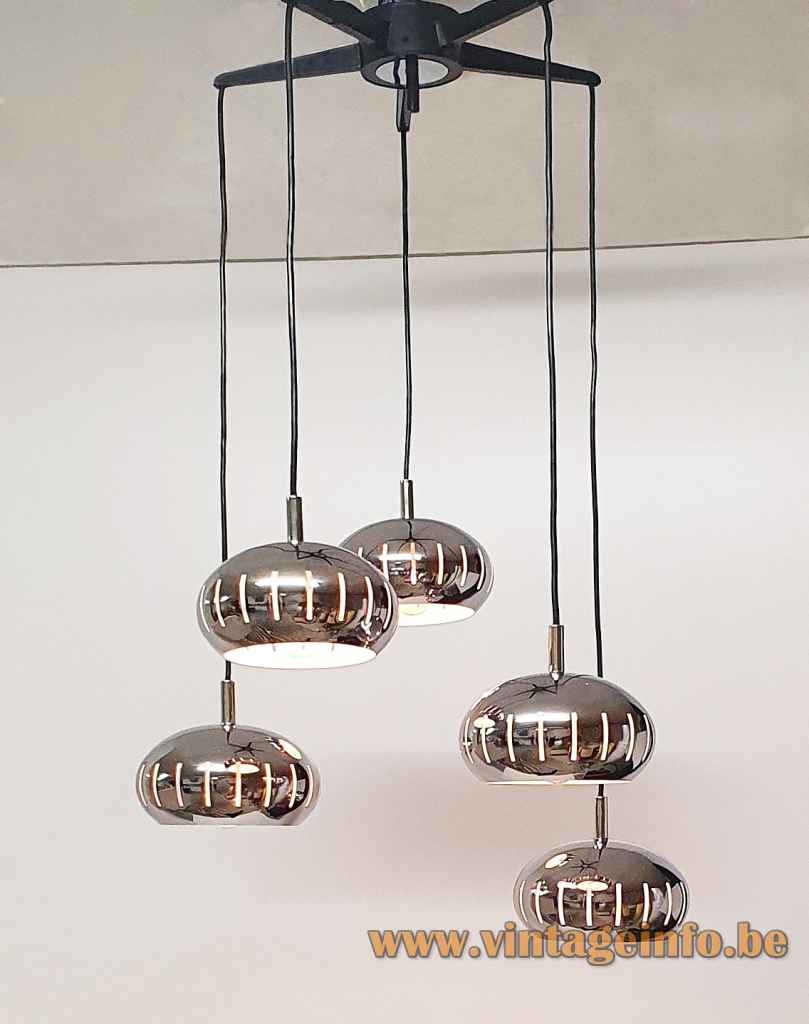 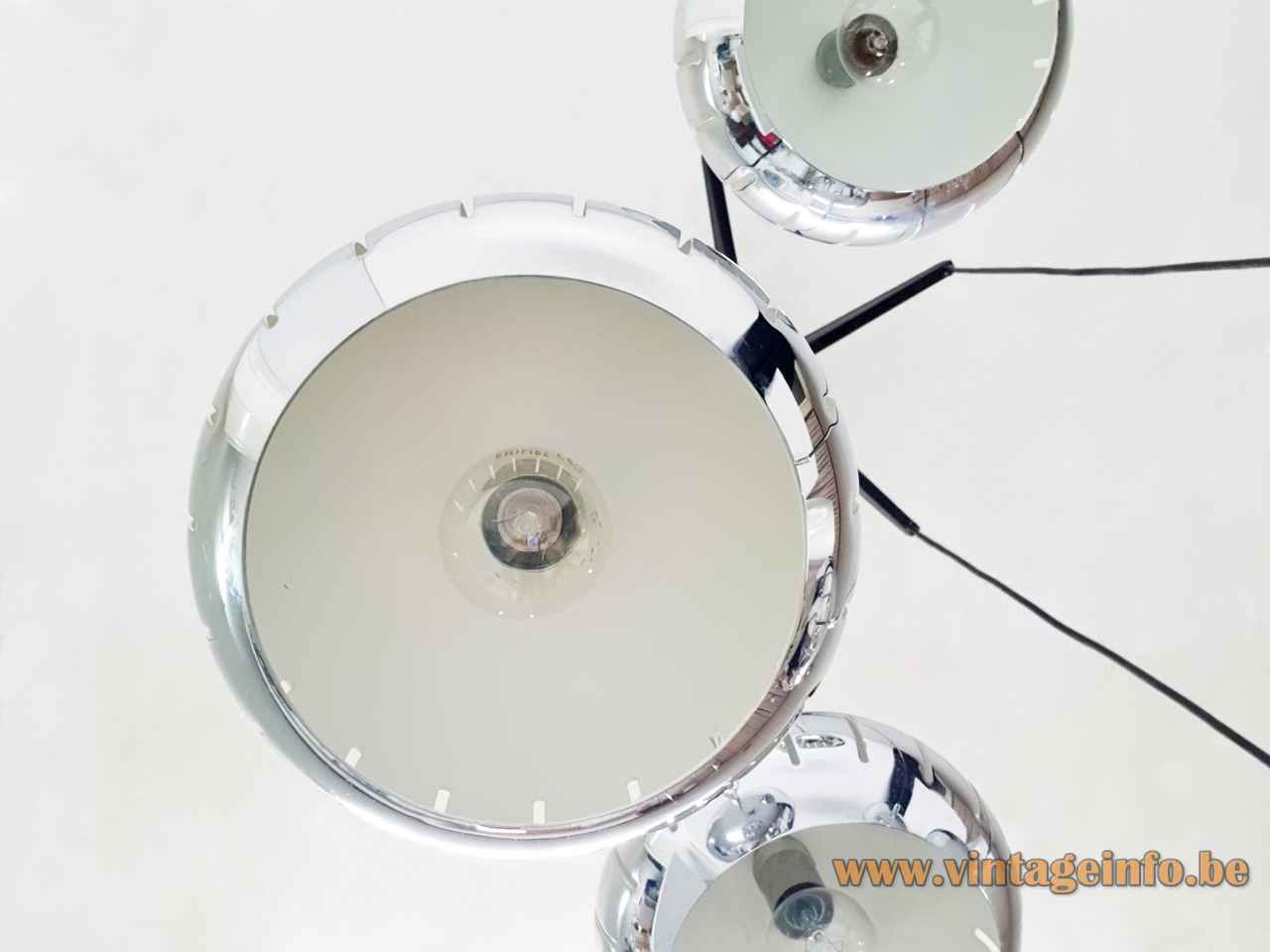 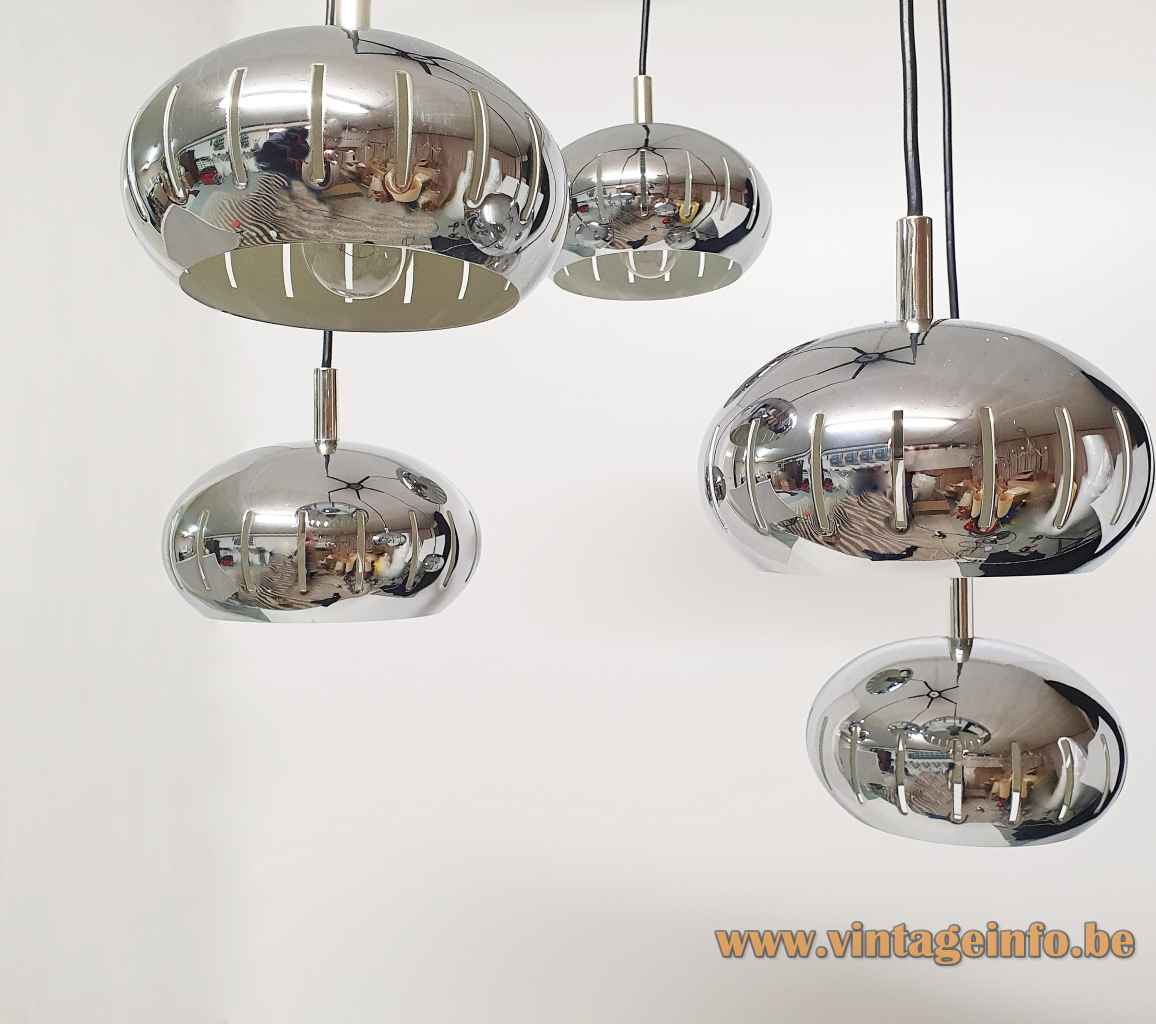 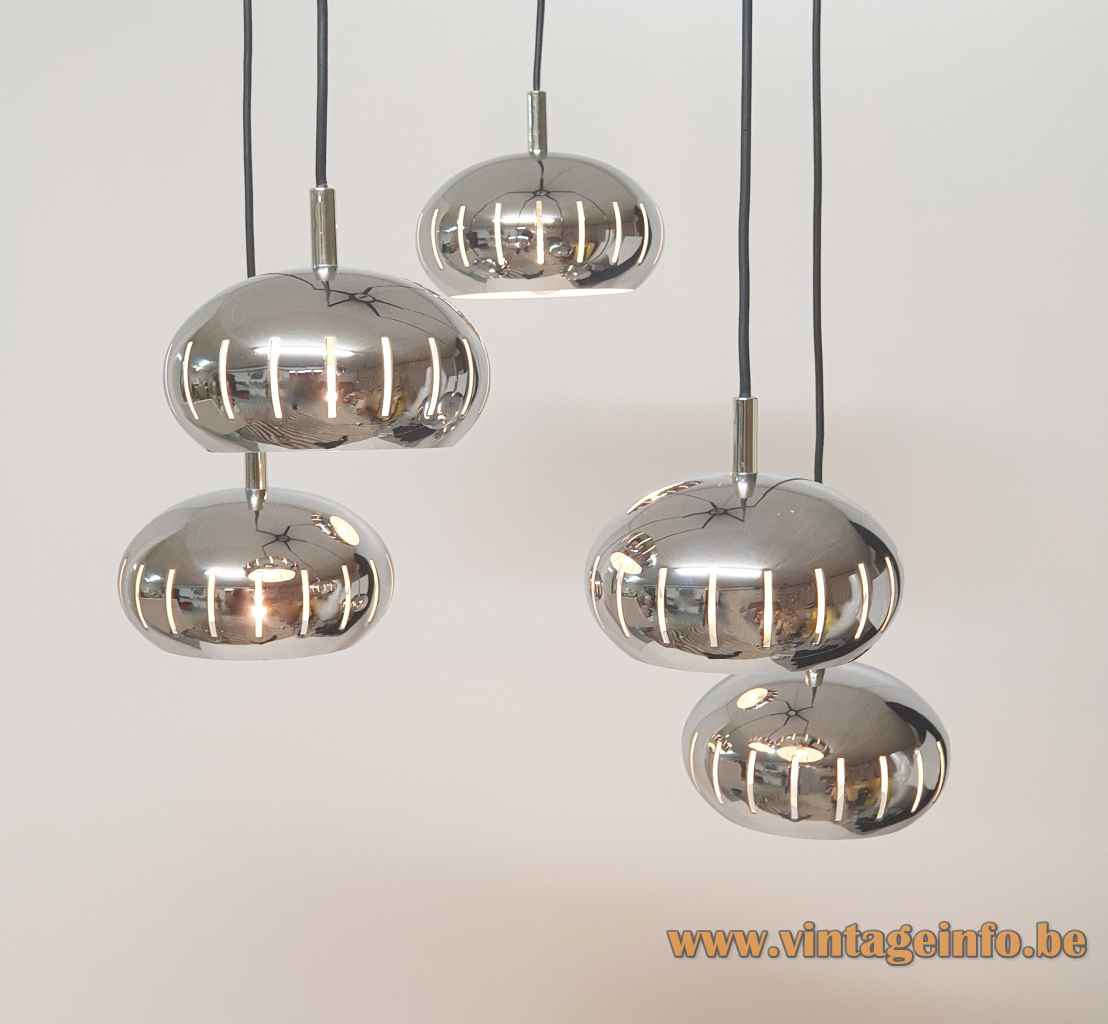 Other versions: This Chrome oval globes pendant chandelier exists as a single pendant and was made with 3, 5 and 7 globes. Comparable lamps were made with colourful plastic “windows” placed in the elongated slots. Many variations were made of these lamps.

Sold by several other companies, but all made by Massive.