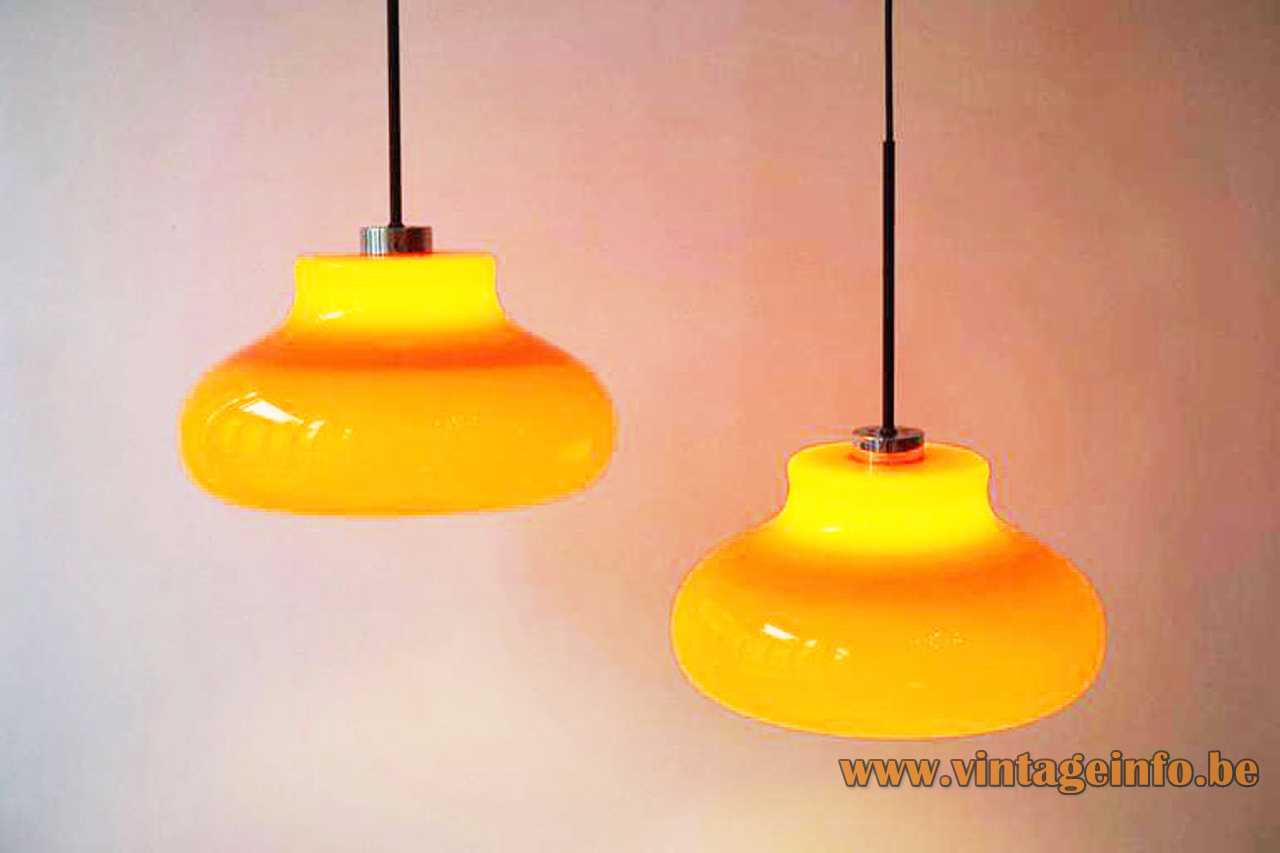 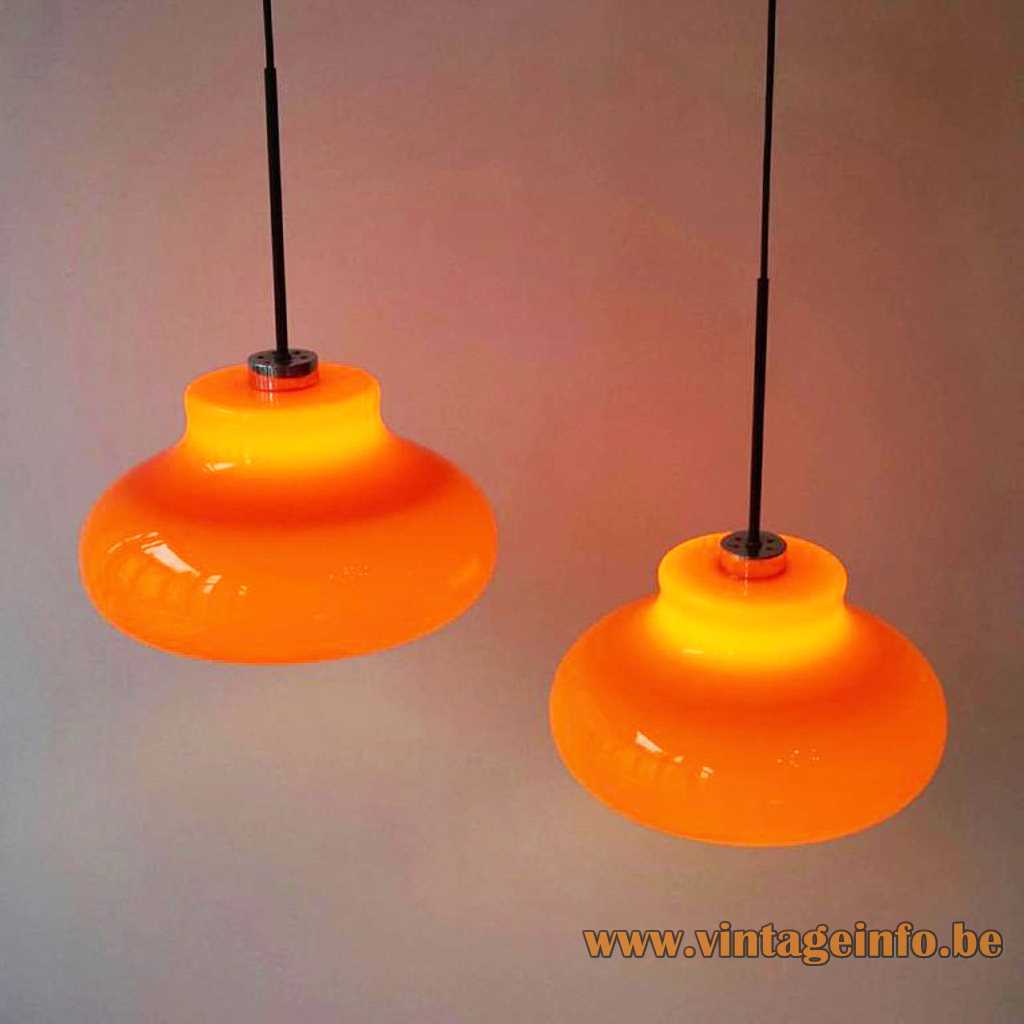 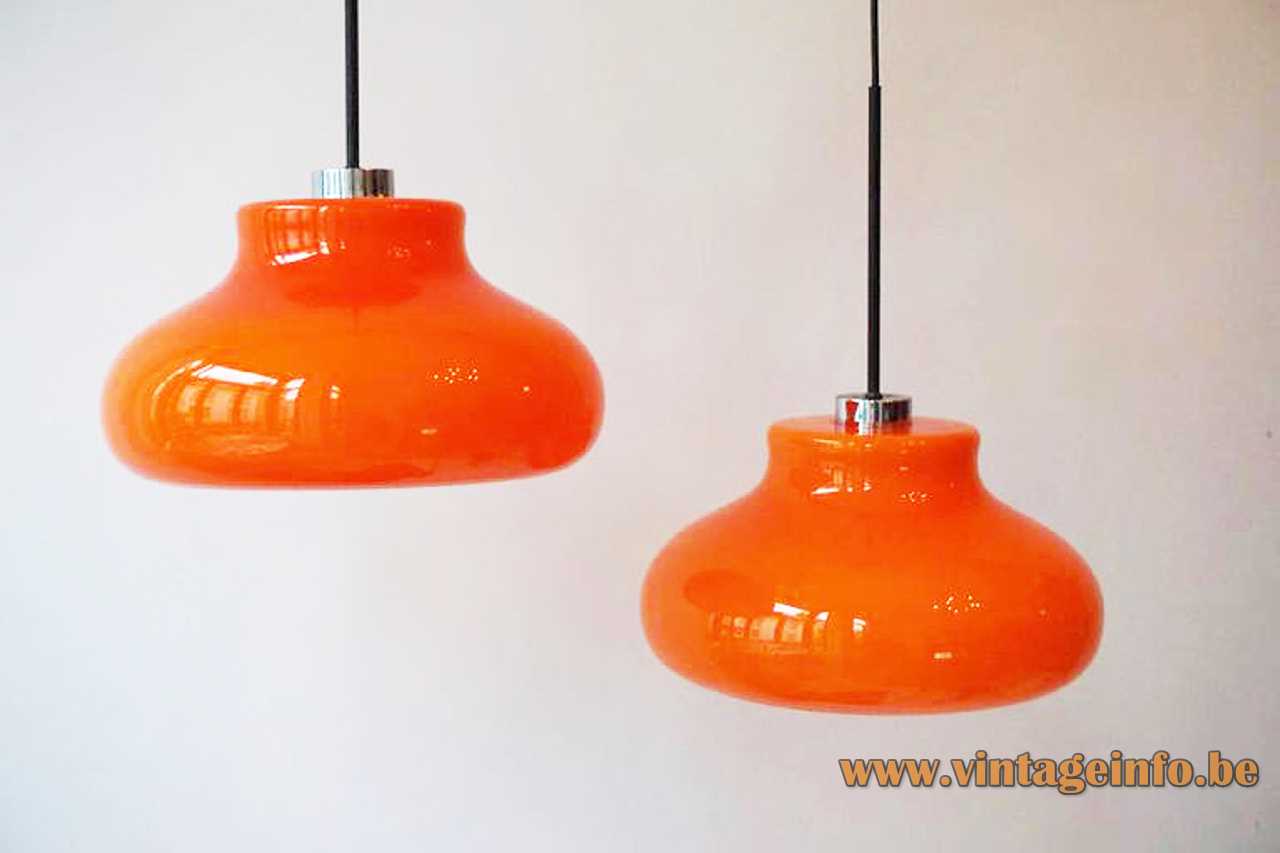 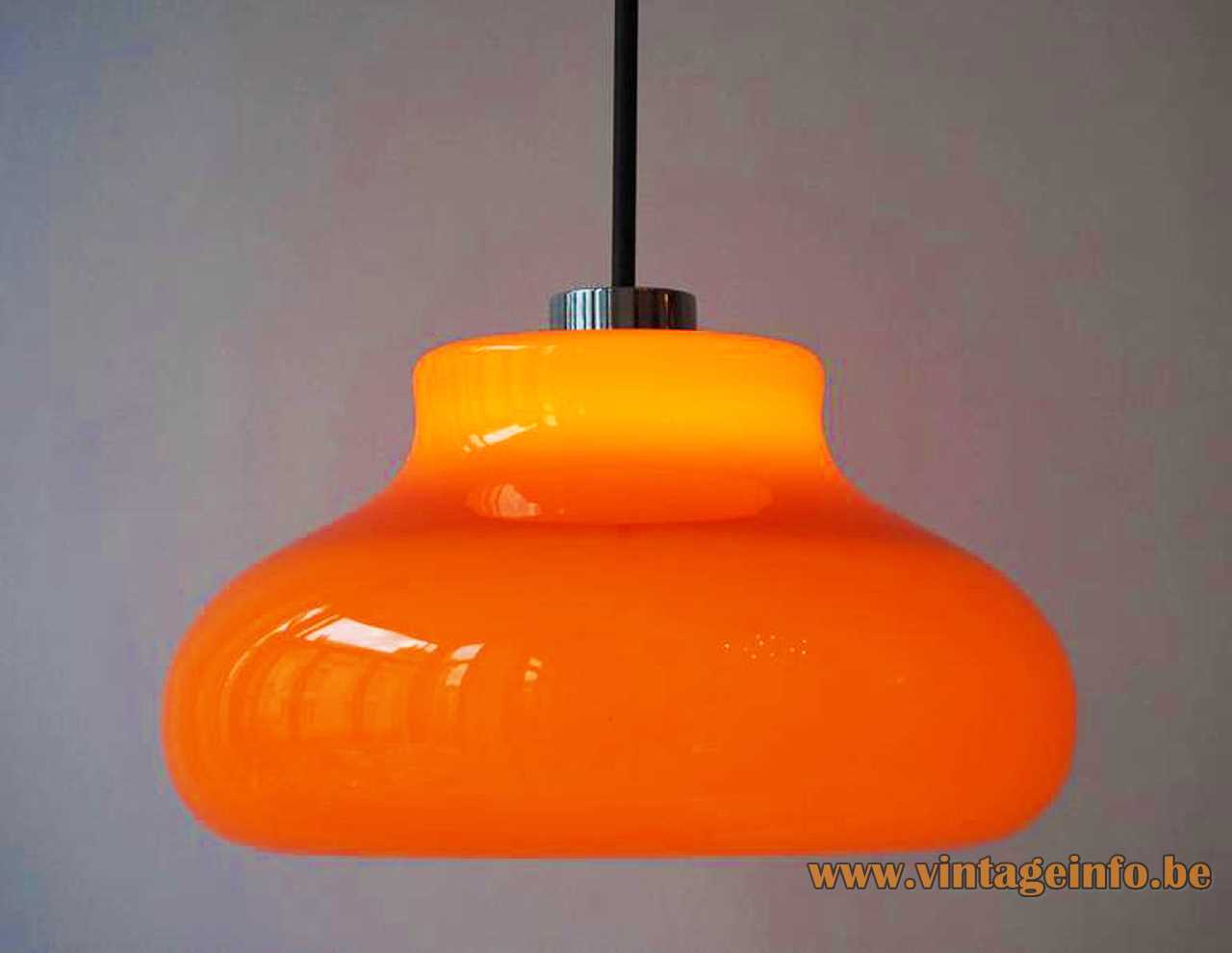 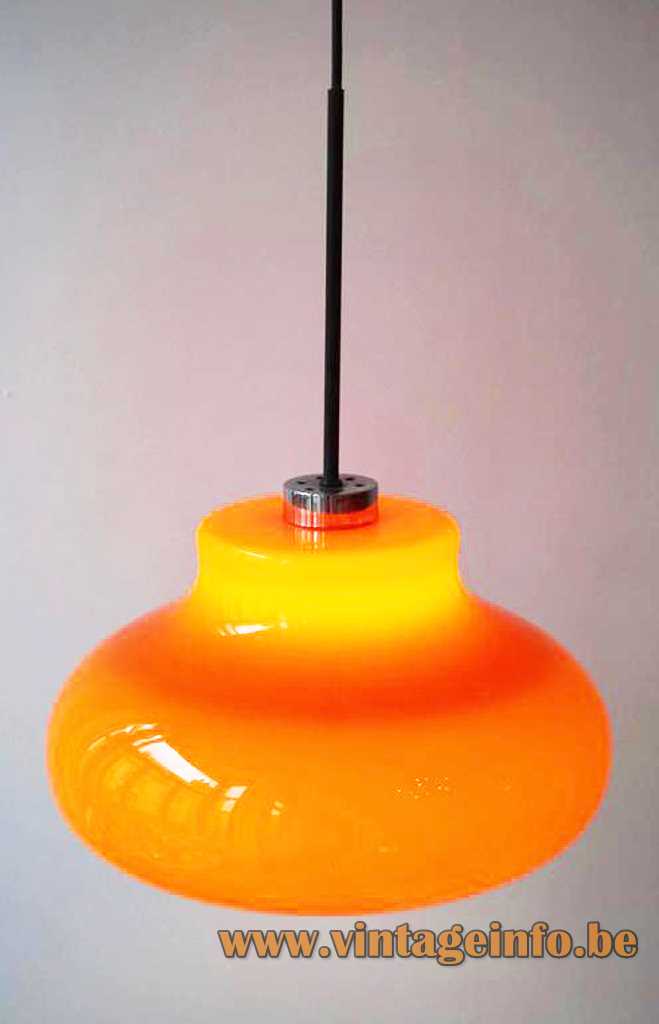 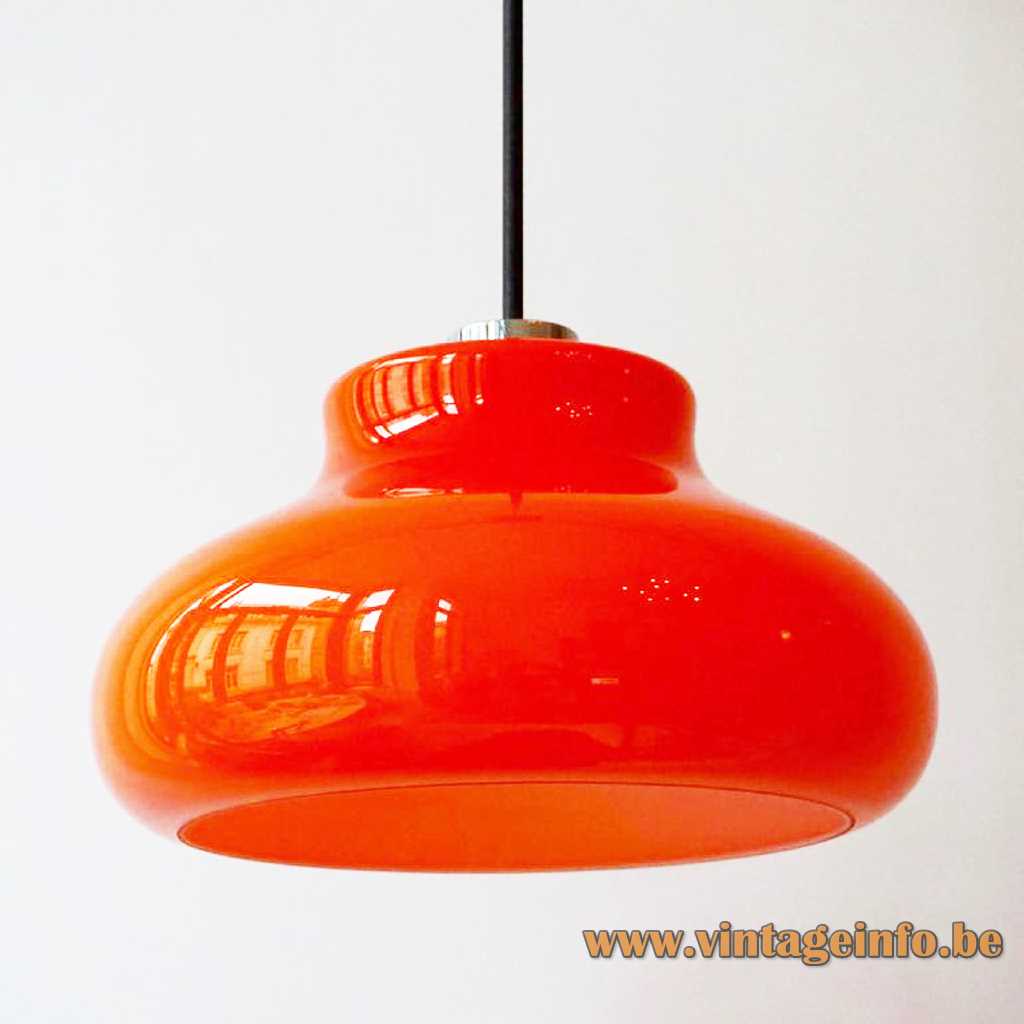 This pendant lamp has many similarities with the designs of Herwig and Frank Sterckx for the De Rupel glass factory from Boom, Belgium, but it is not, as confirmed by Frank. The glass is in all probability made De Rupel, at that time the main supplier of glass for Massive.