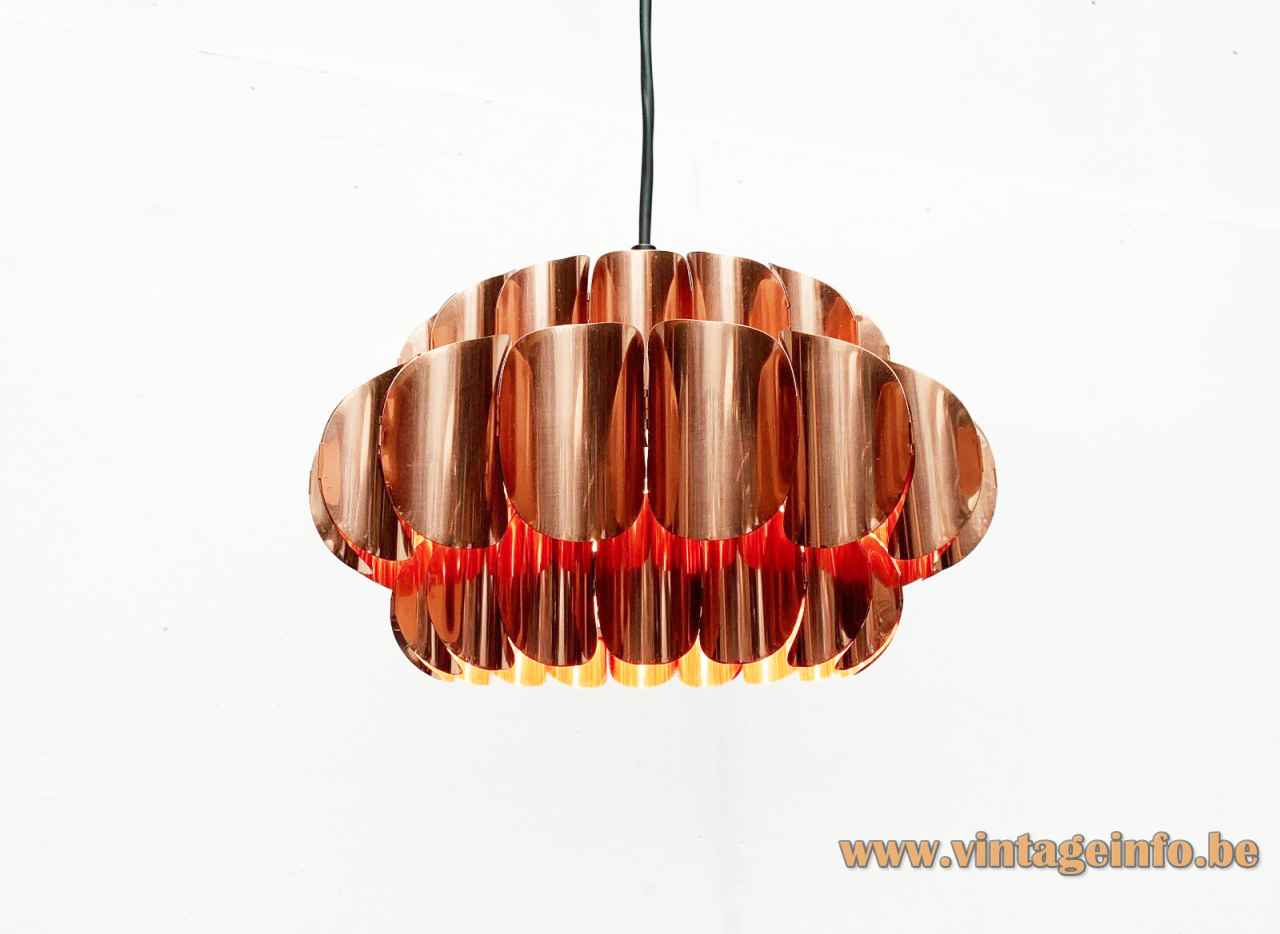 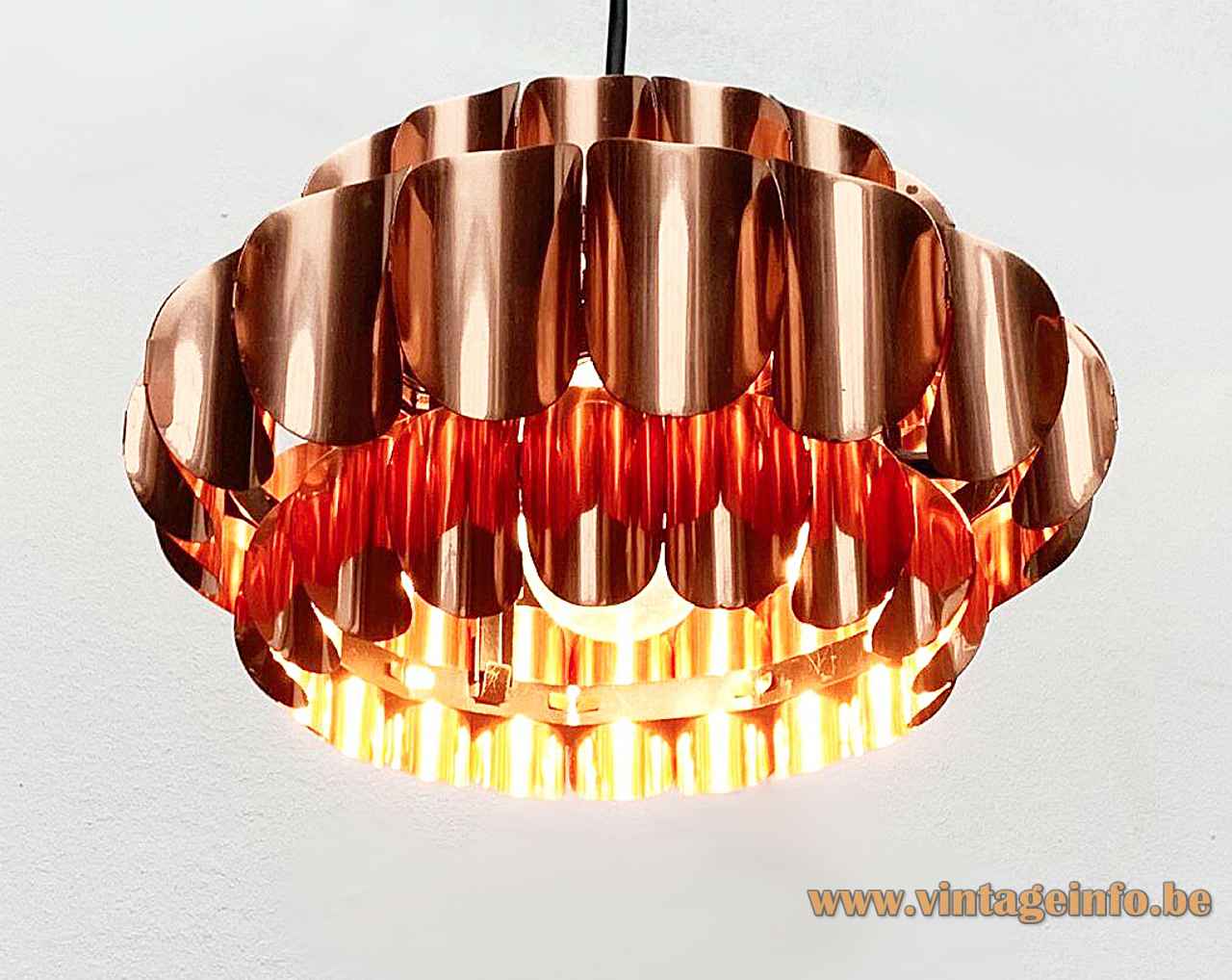 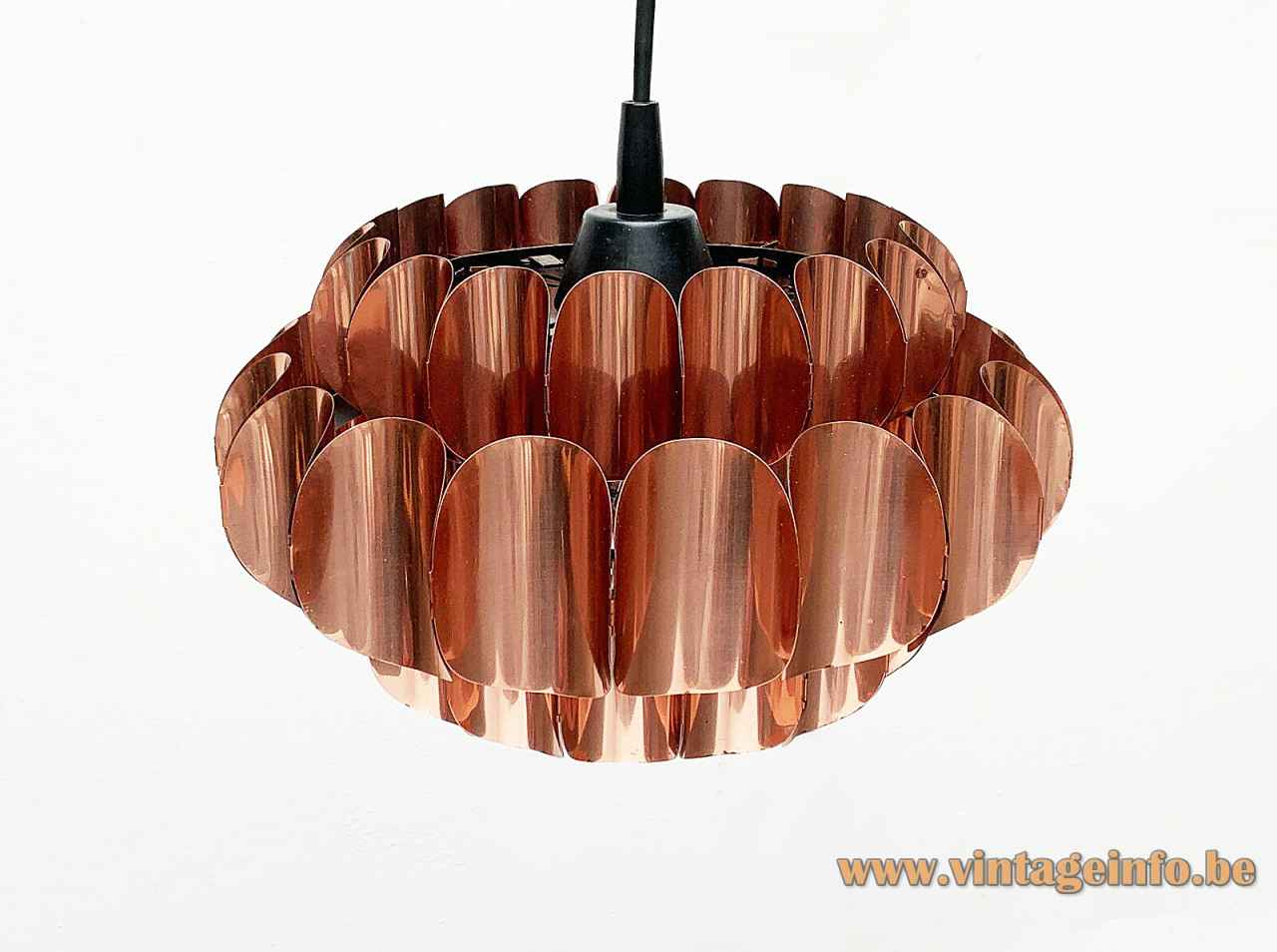 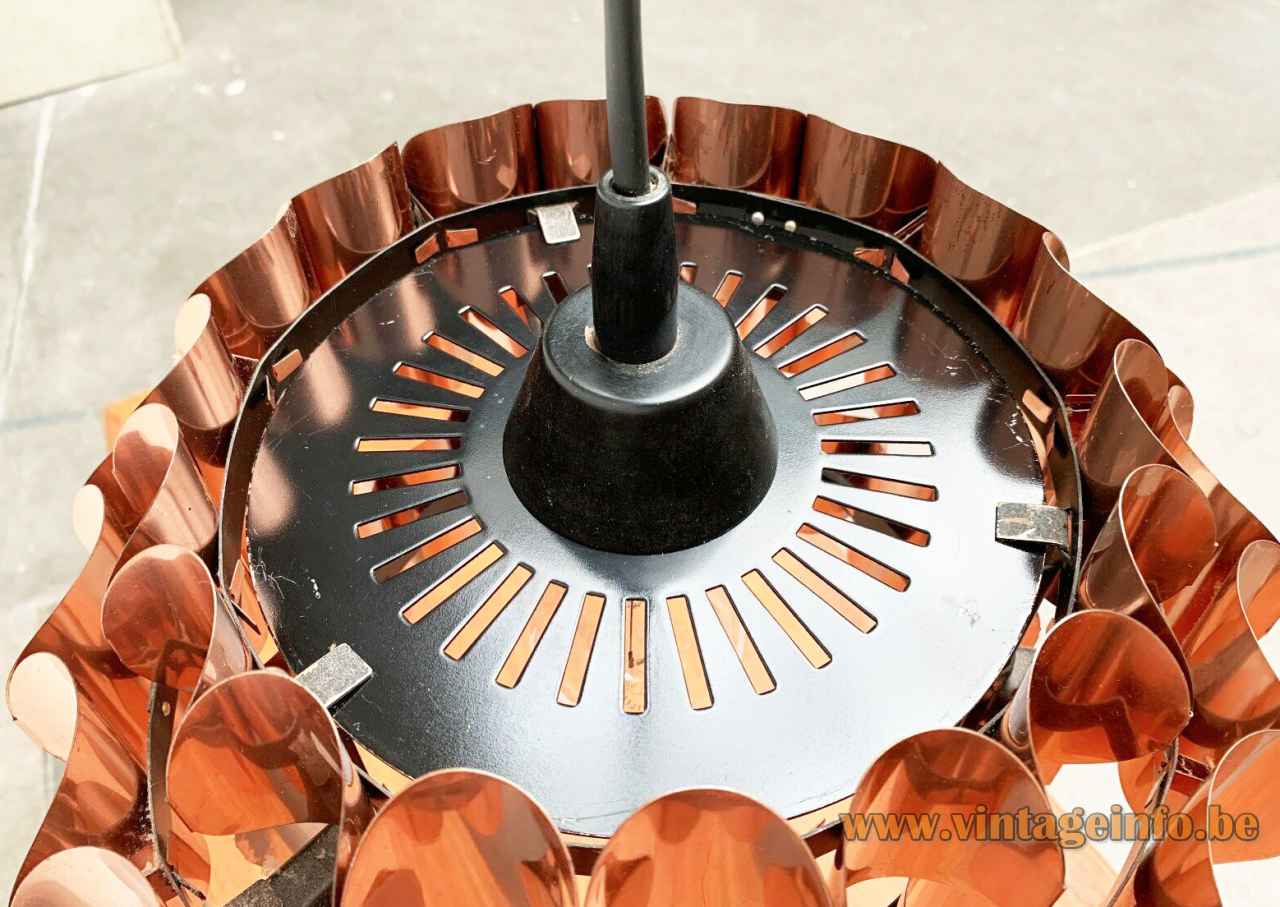 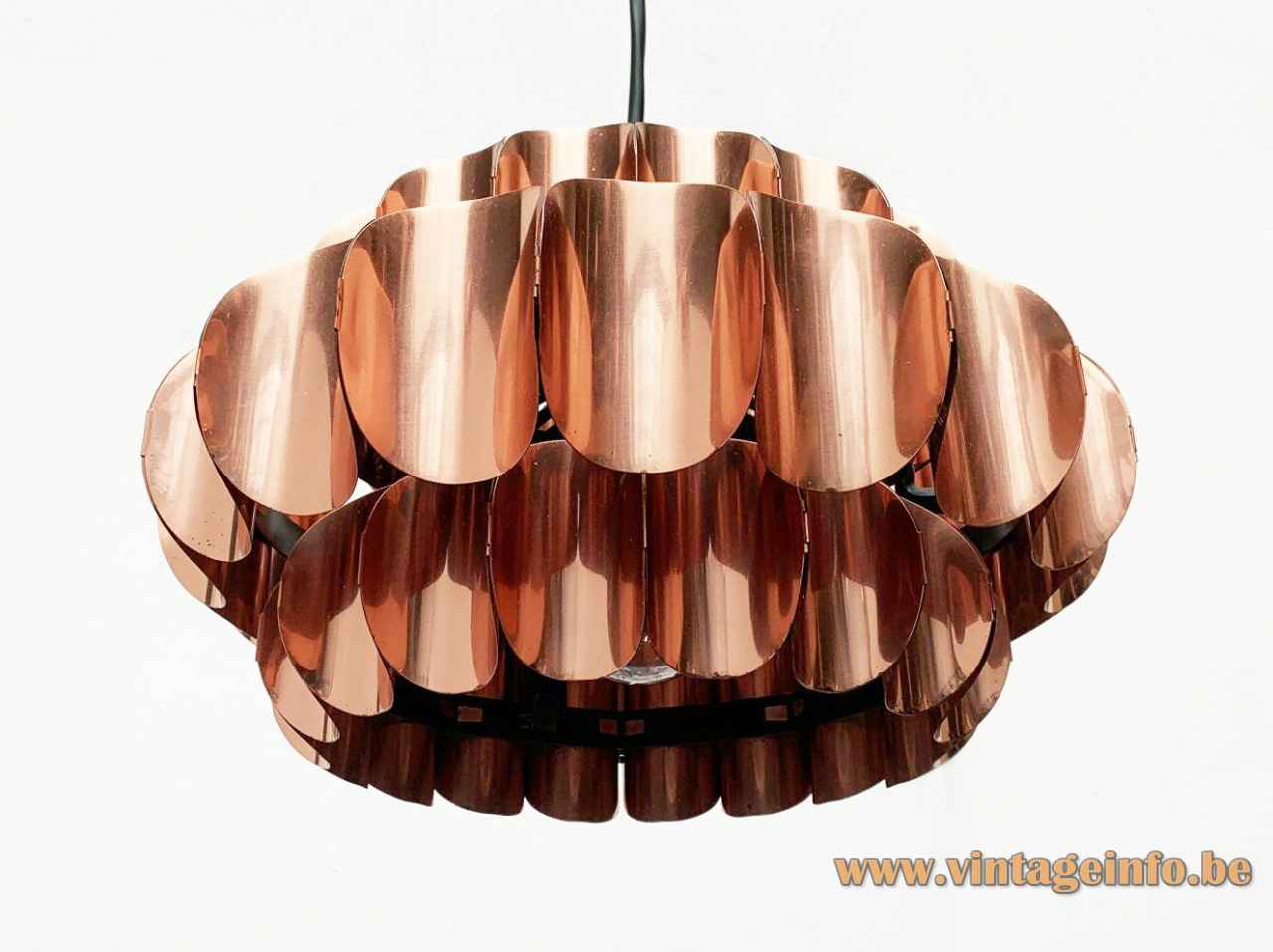 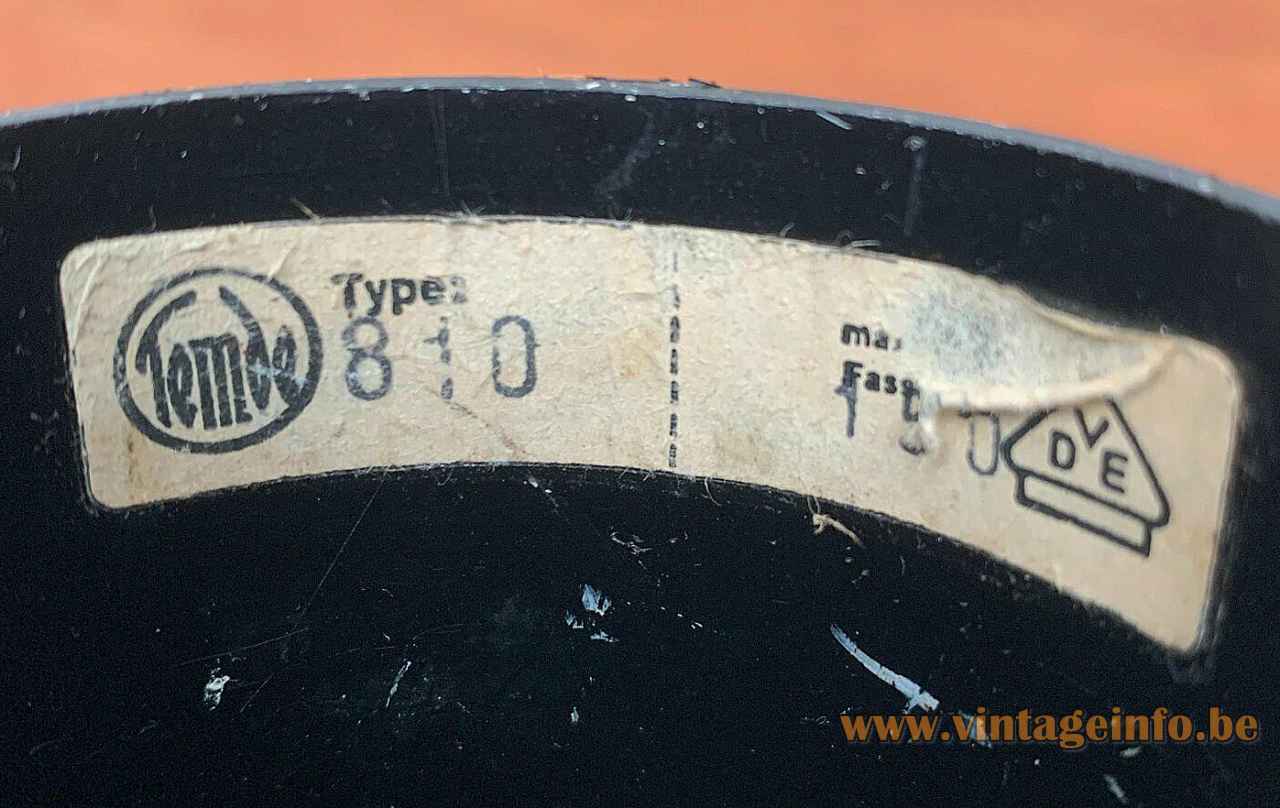 Other versions: This Temde copper pendant lamp exists in several sizes. Also wall lamps were made. Made in brass, copper and white painted metal. This pendant lamp is model 810, as labelled.

Almost always said that it is a design by Thorsten Orrling. But according to the iF Design Awards website it is a design of H. Zender. And it is much more logical. It received an iF Design award in 1971. Unfortunately no information can be found about the designer. Do you have an idea? Please let us know through the contact form and help improve the websites exactitude.

A reversed version was made by Coronel Elektro, you can find it over here, on Vintageinfo.

iF Design Award for this pendant lamp