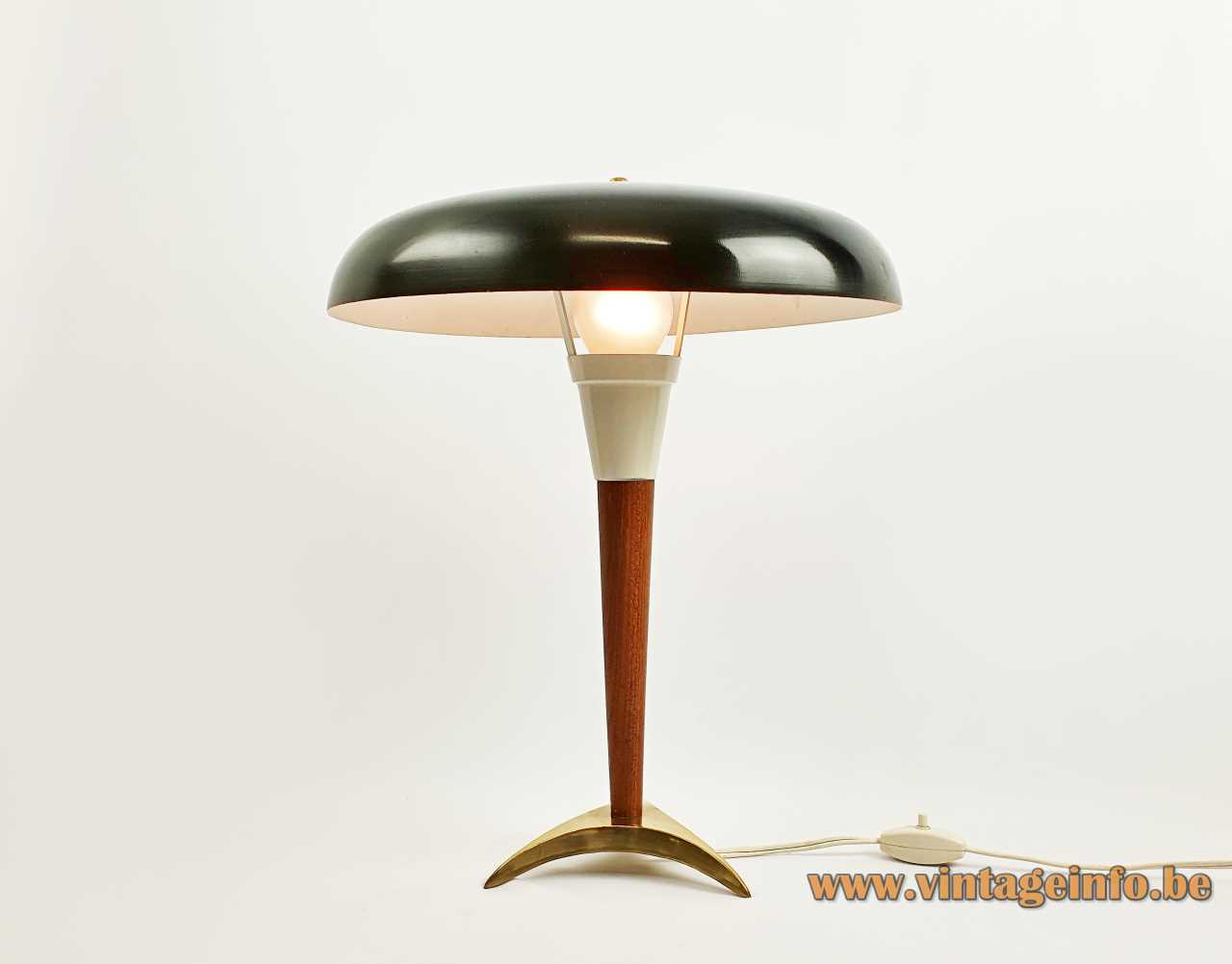 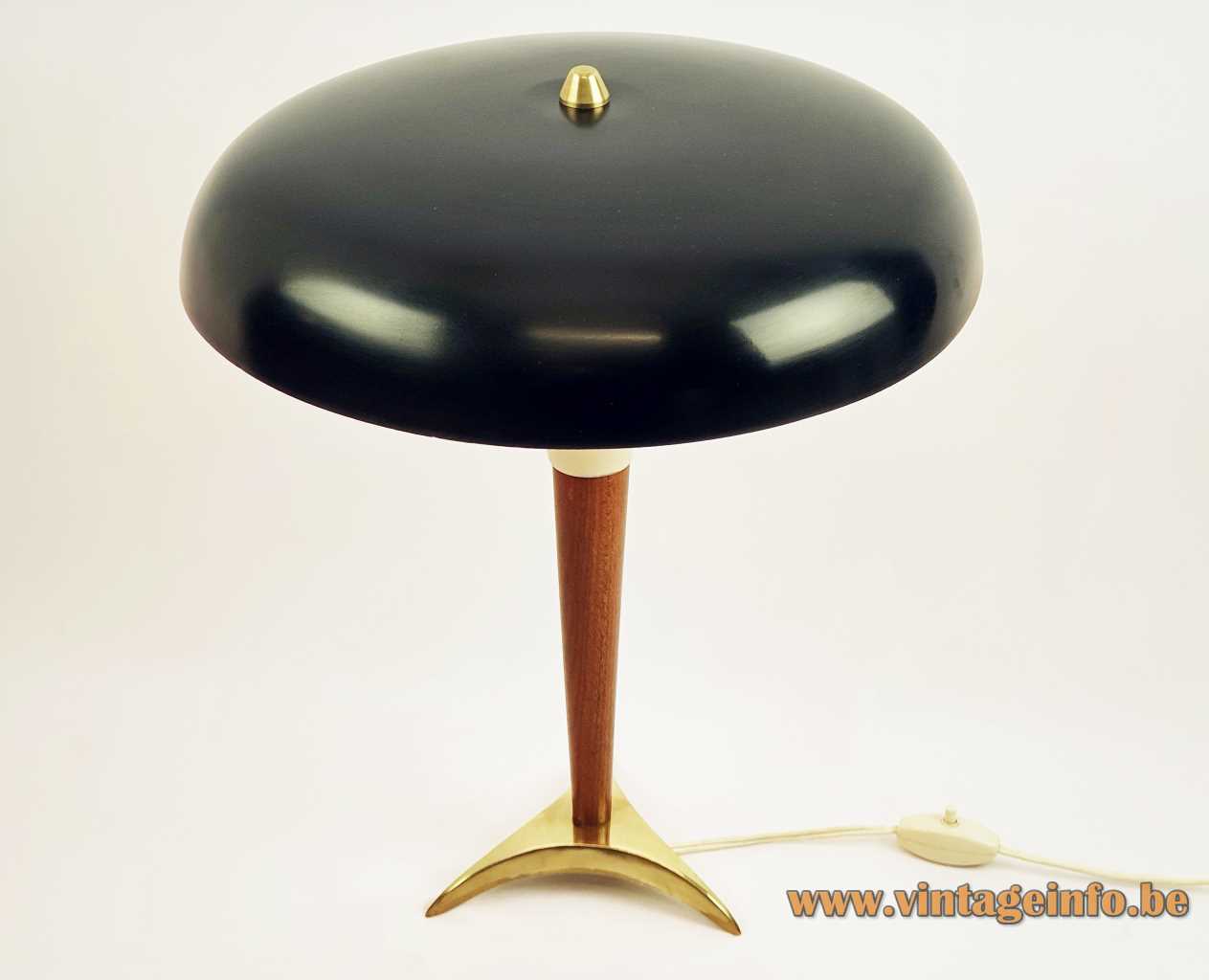 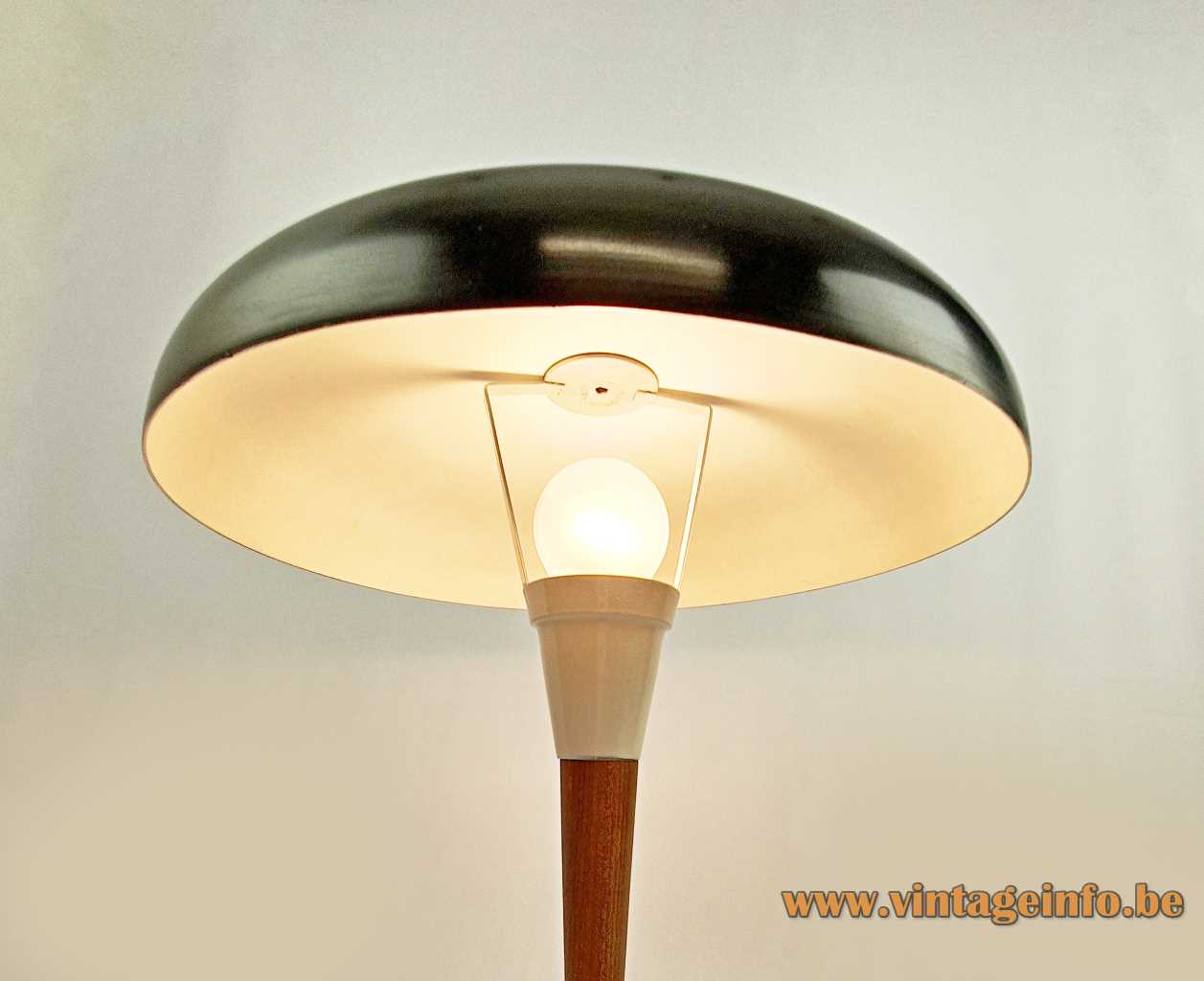 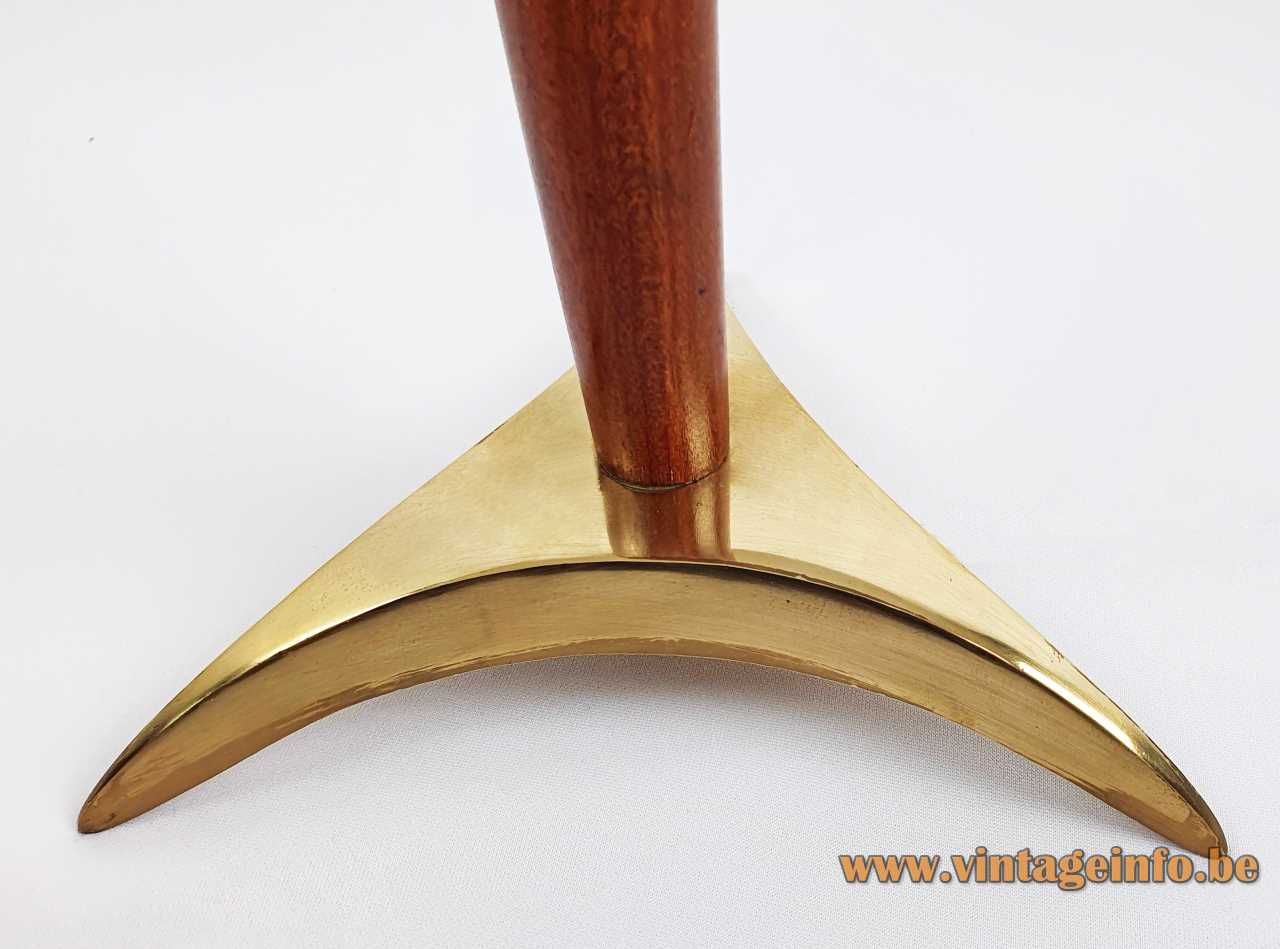 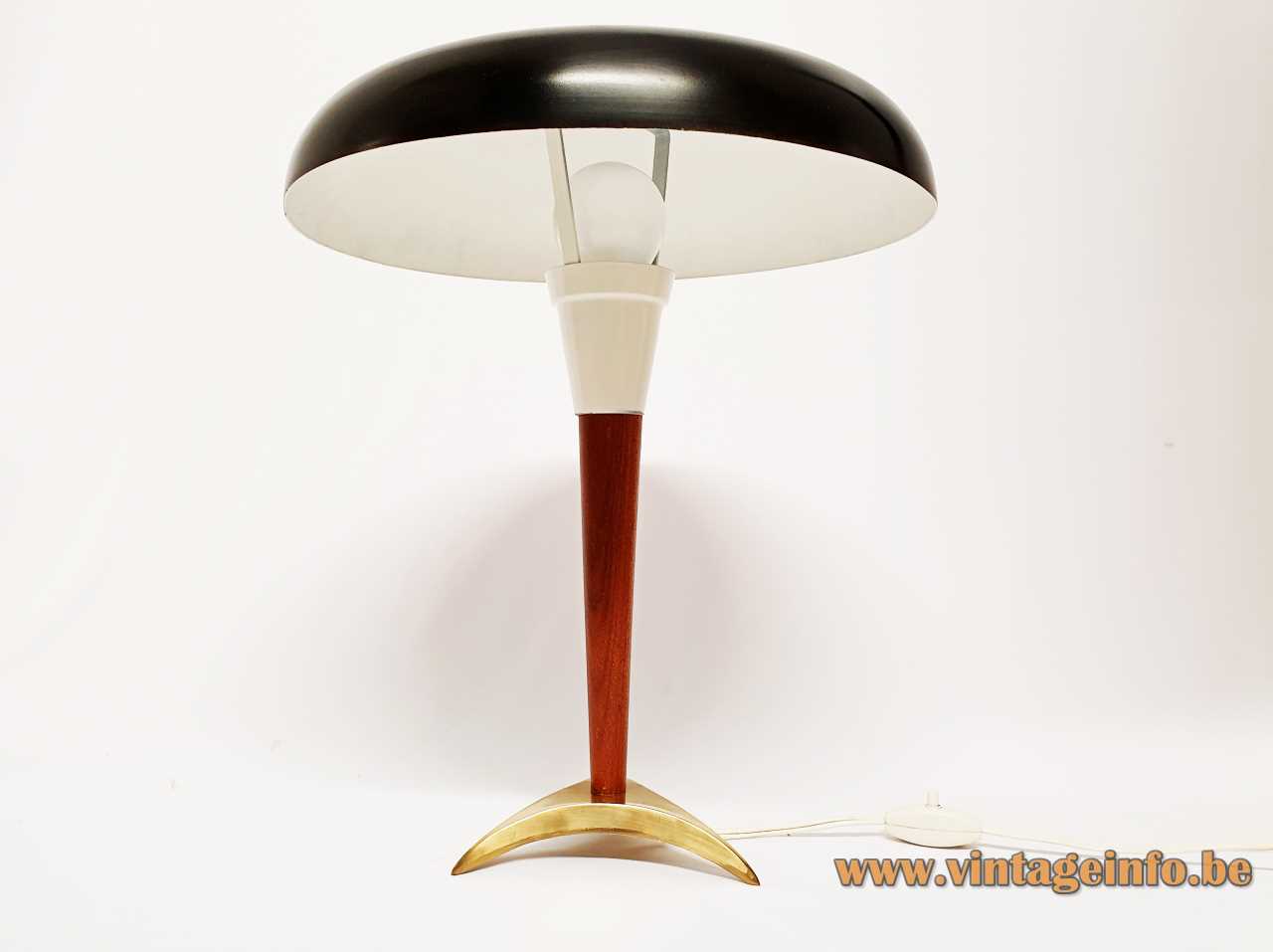 Other versions: This 1950s tripod desk lamp was made in several colours. Several variations exists. Different base, leather rod, and so on.

Often attributed to Louis Kalff and Philips but it is not, of course. Often sold as an Italian lamp. Roaring names like Stilnovo and Arredoluce are often named… First wrongly attributed to VEB Leuchtenbau. Again, it is a lamp by Massive.