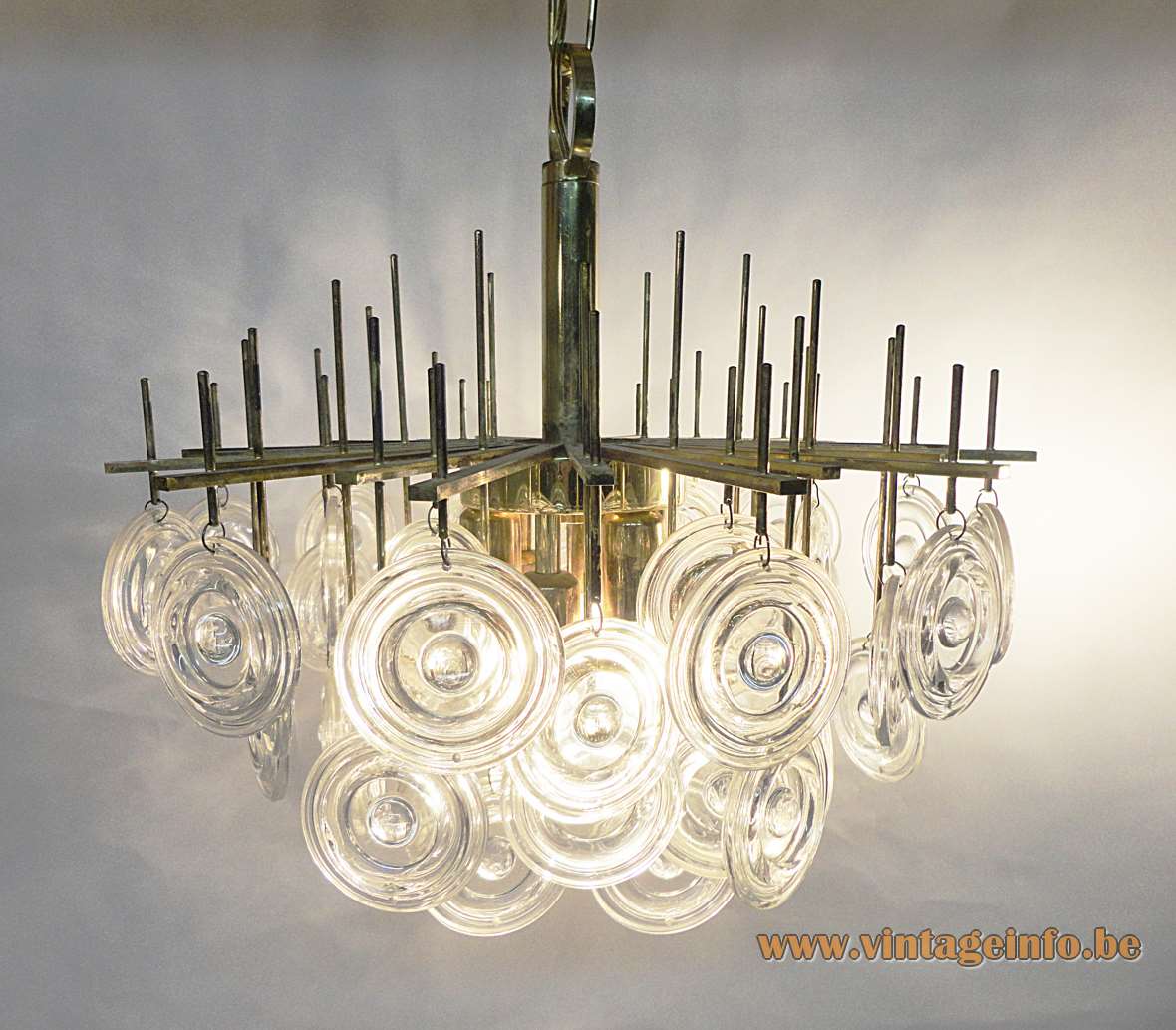 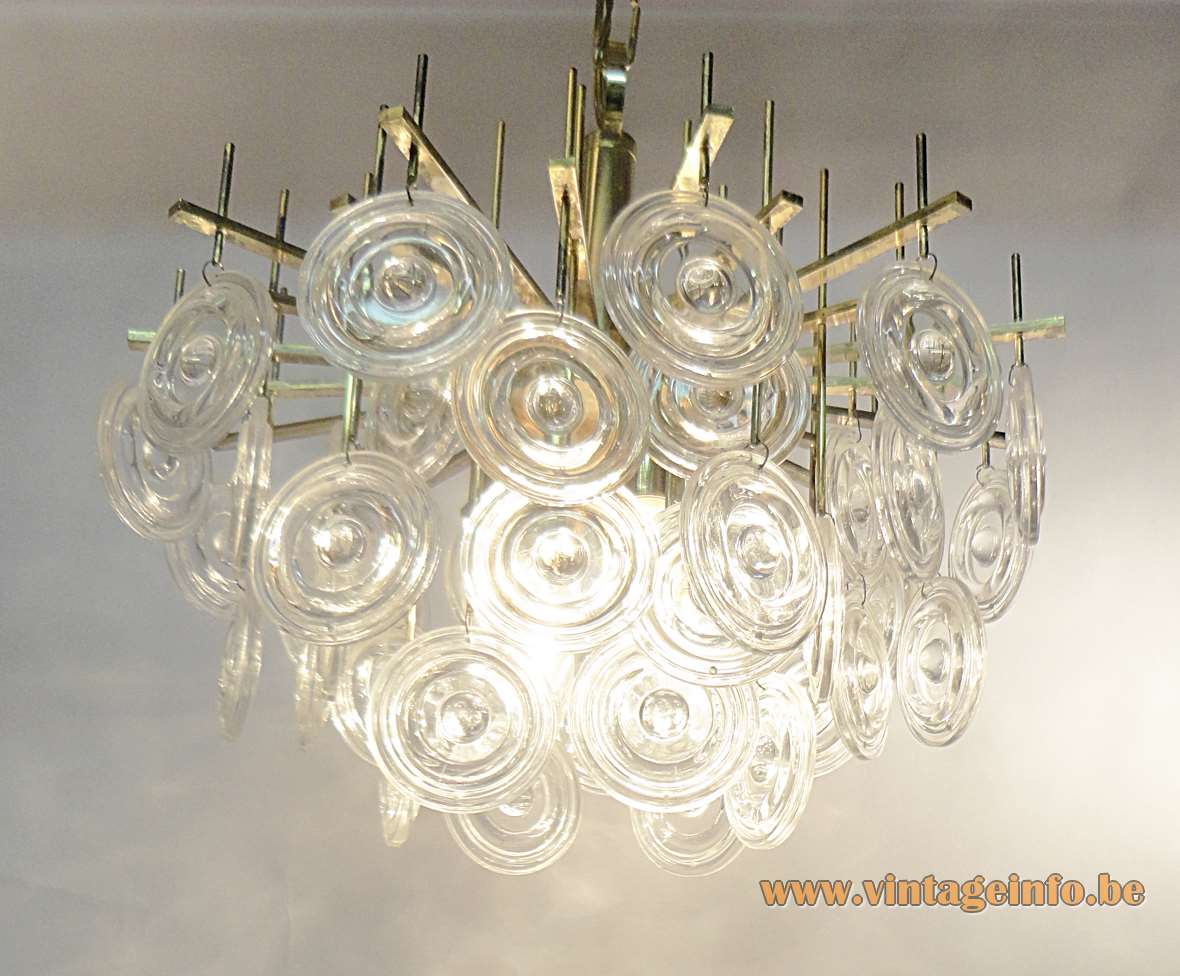 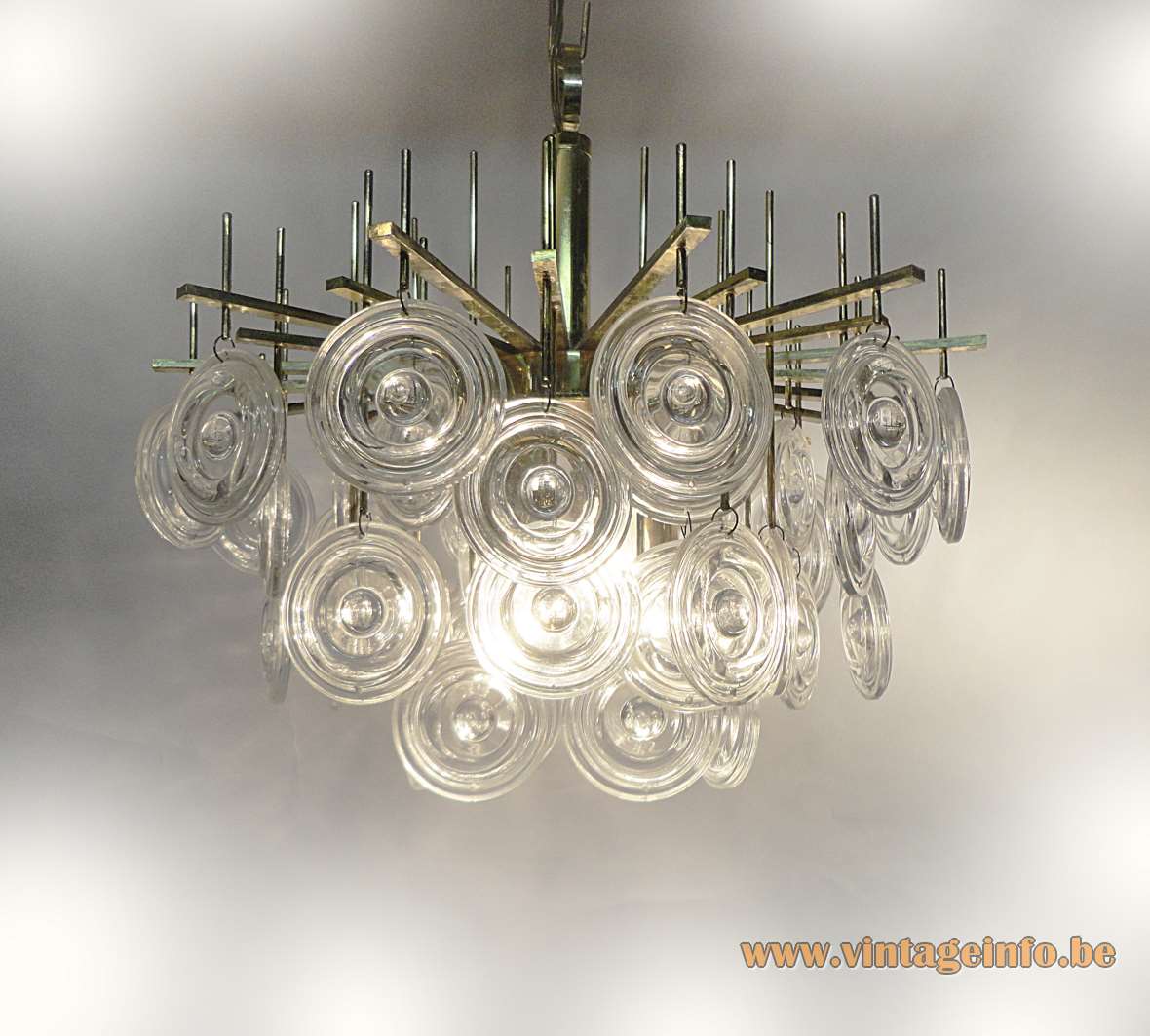 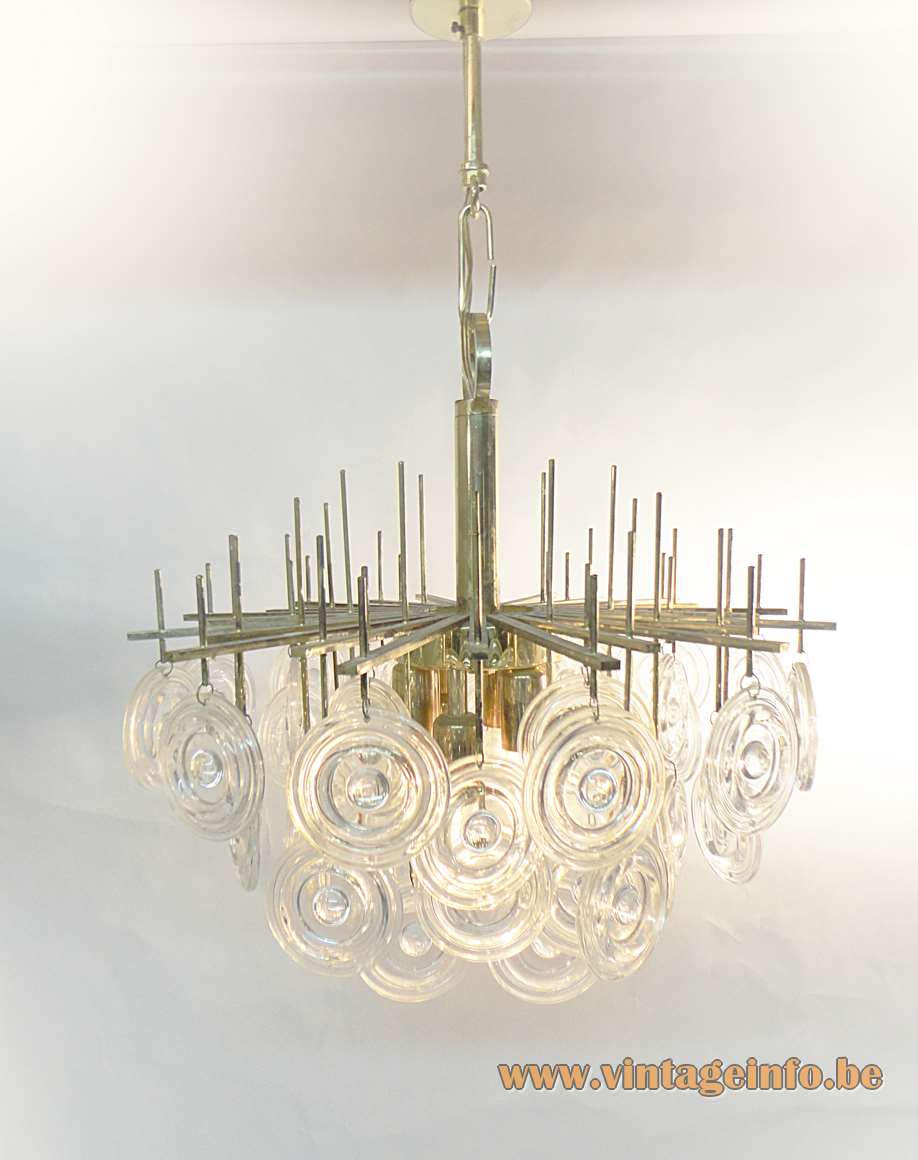 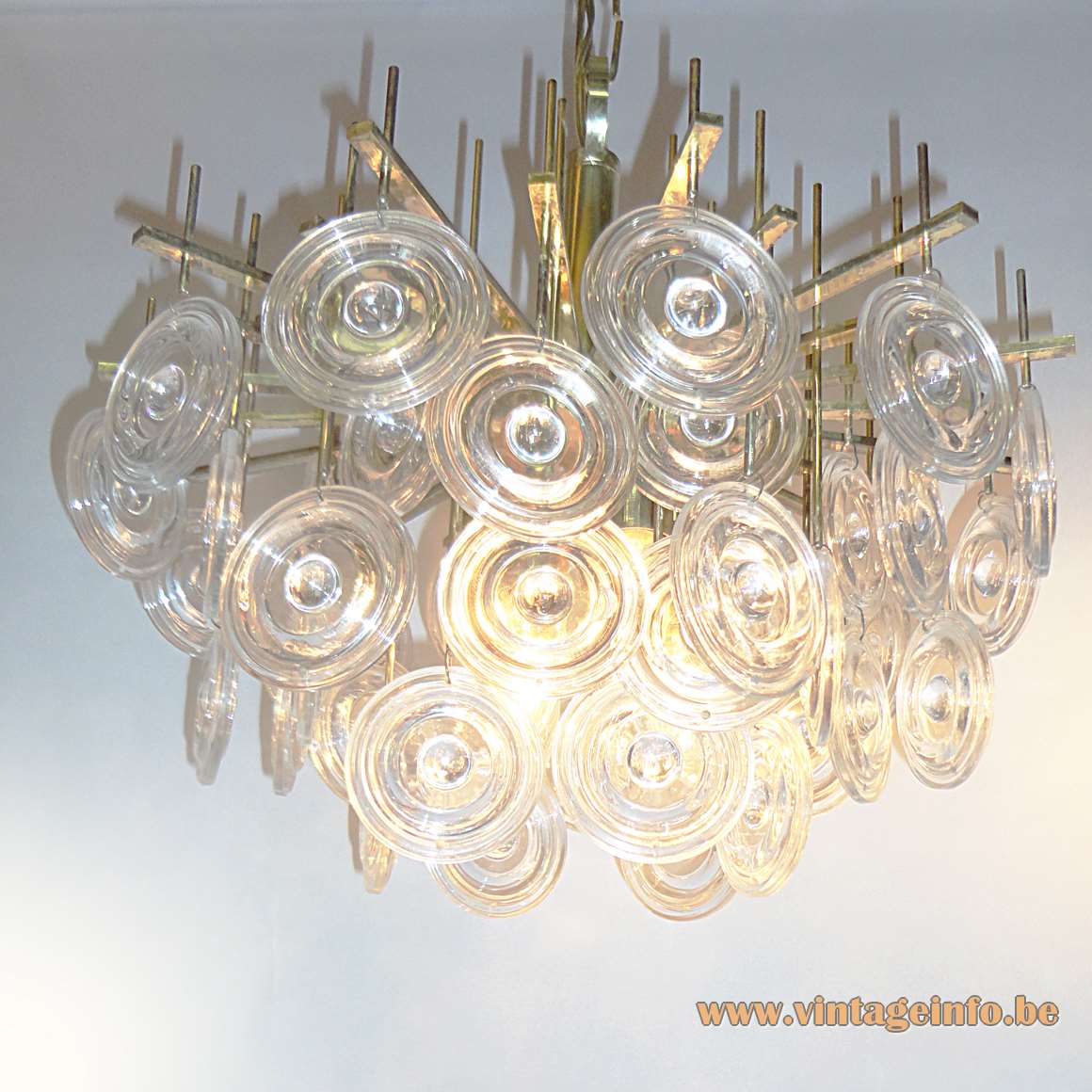 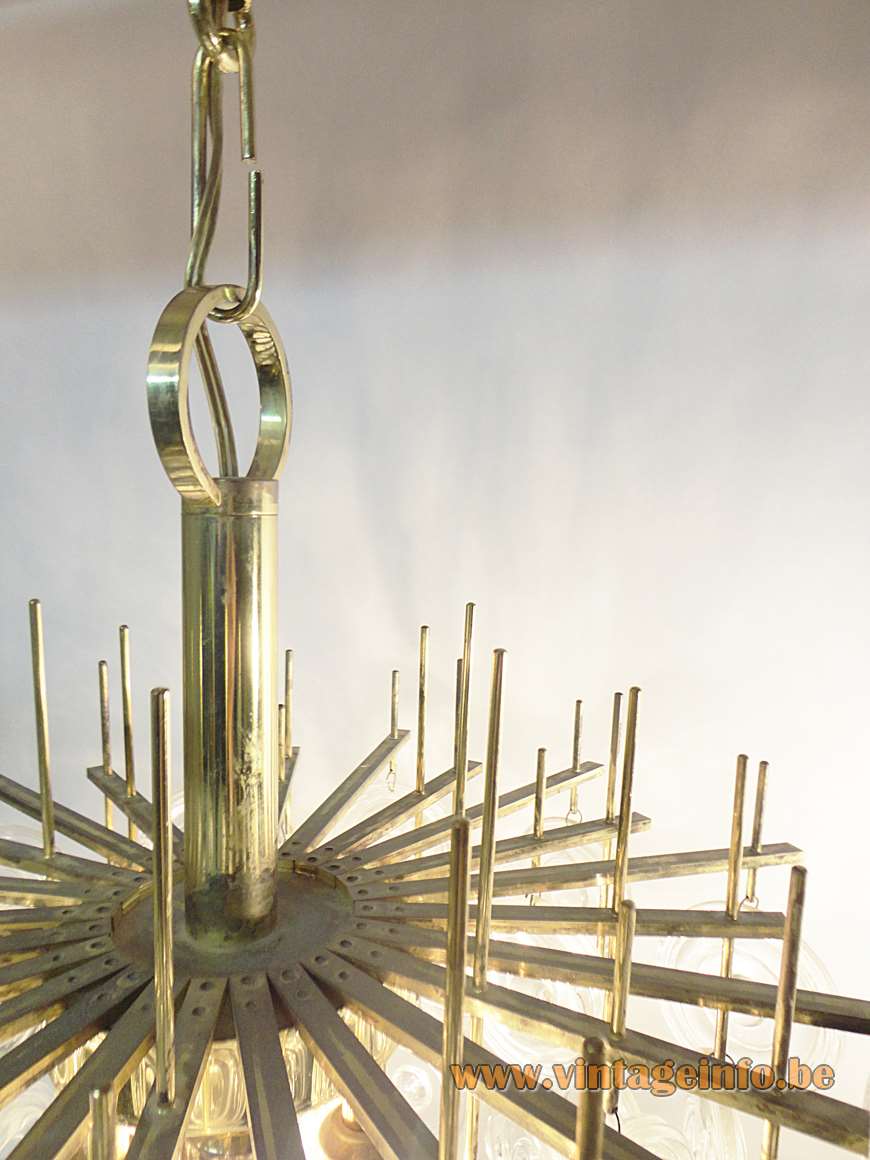 Other versions: This Gaetano Sciolari style lens chandelier exists  in a smaller version and many variations. All with these glass discs. Wall lamps were also made. This one weighs 10 kilo, 22lb. Also made in brass and with cut glass beads on a string. Completely made in the Oscar Torlasco, Gaetano Sciolari style.