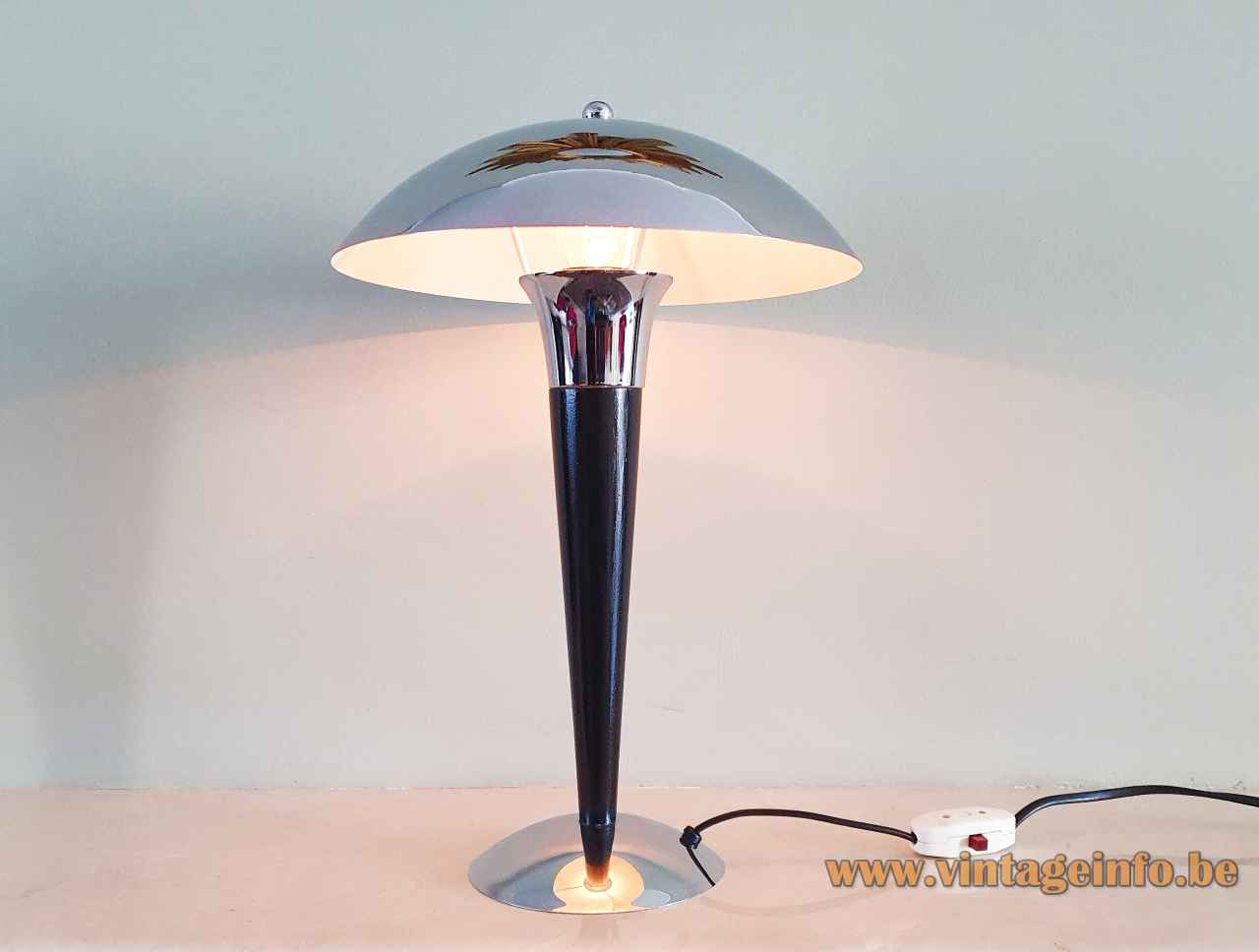 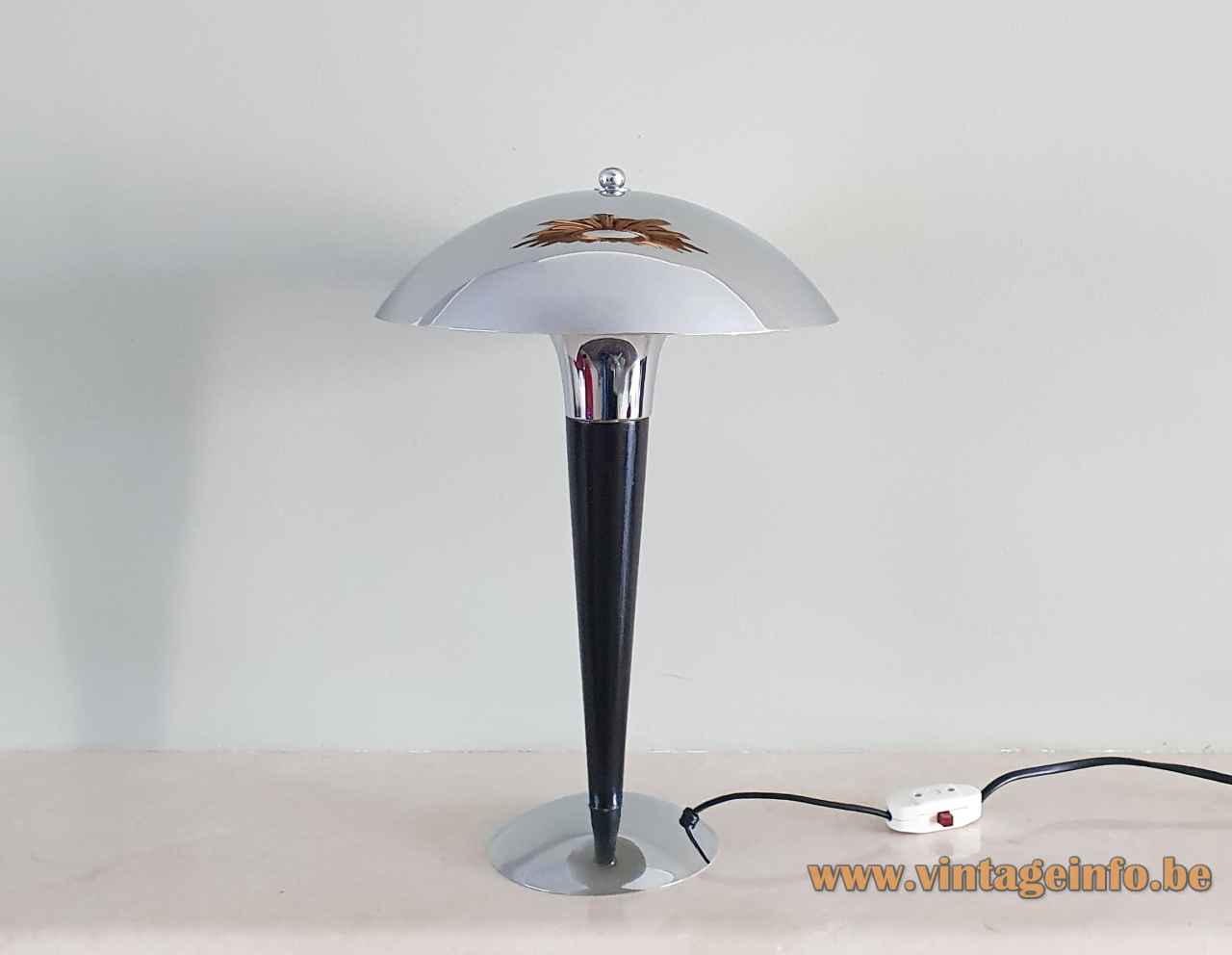 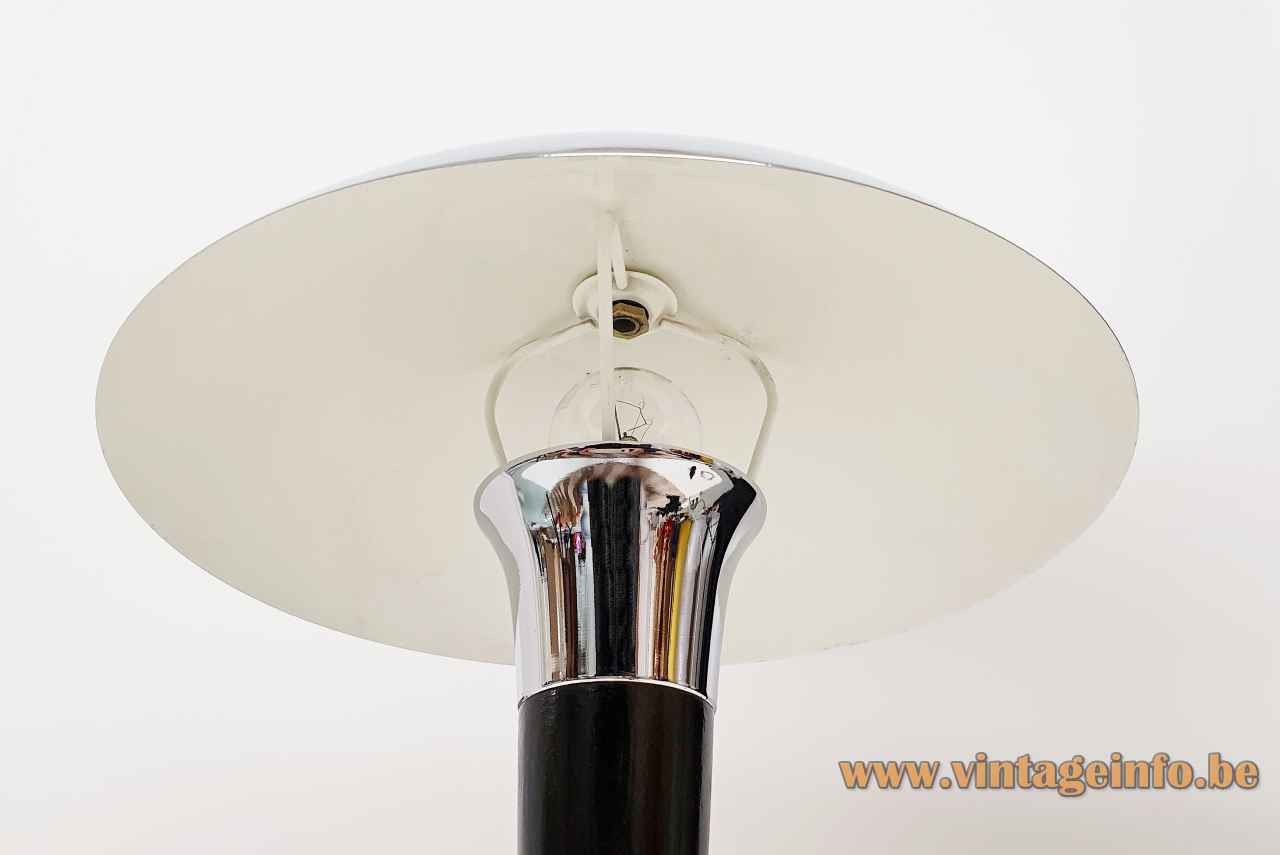 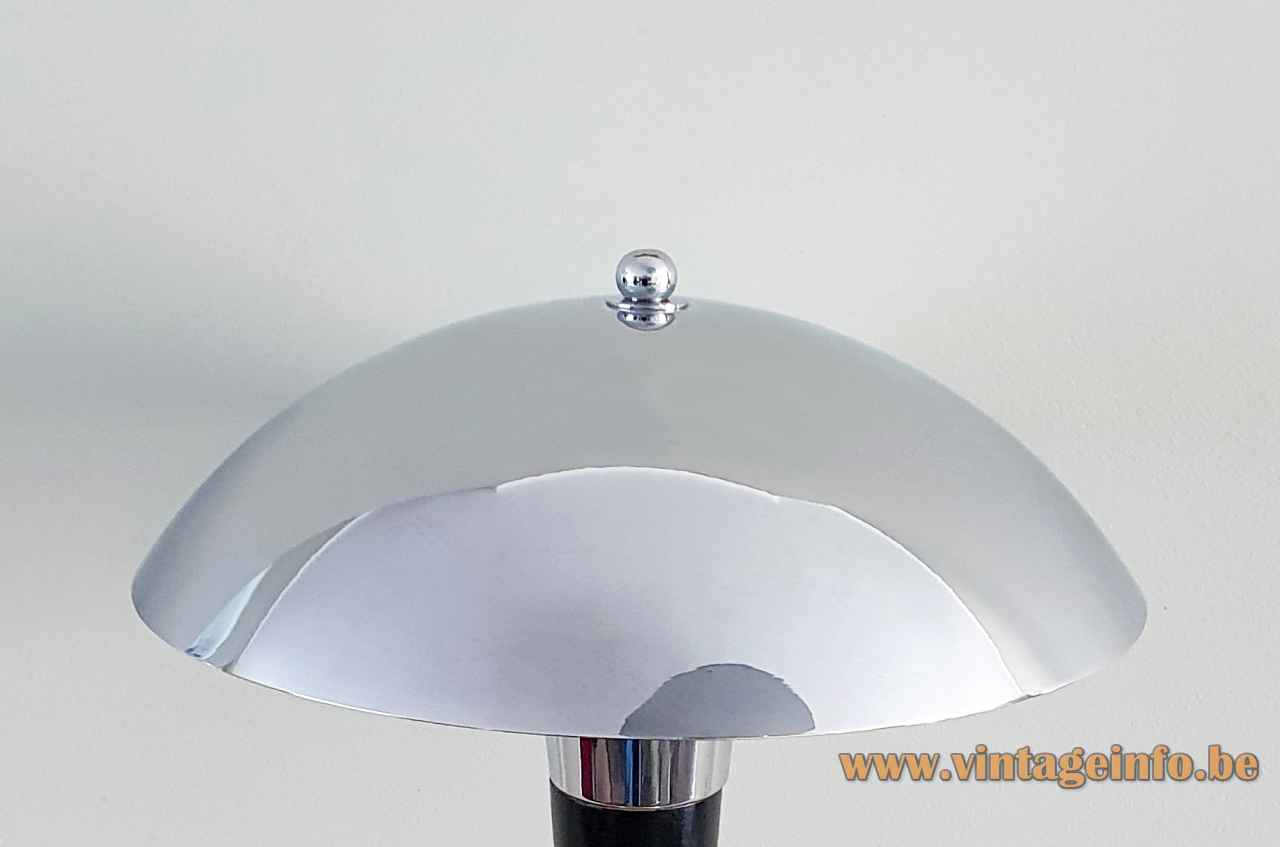 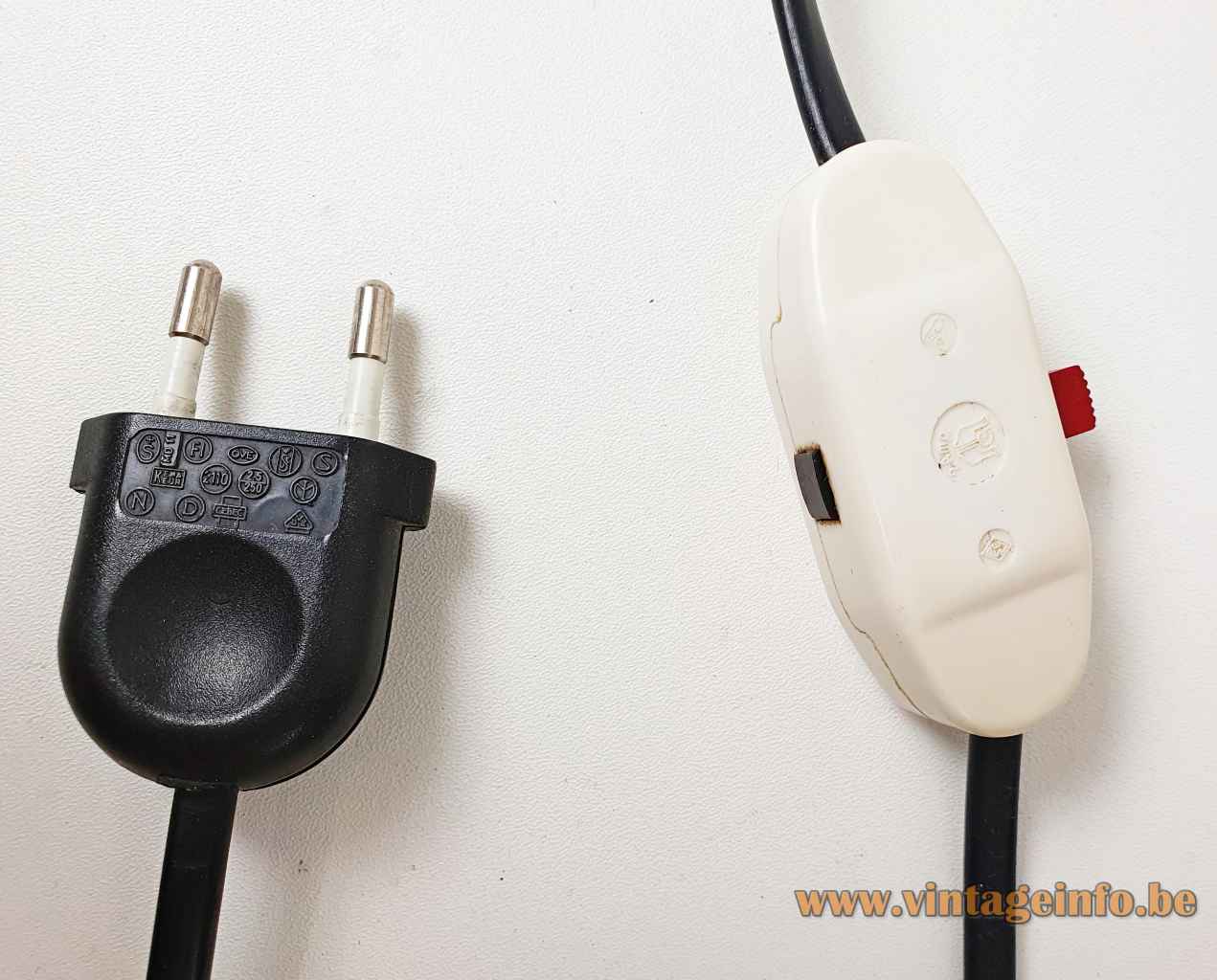 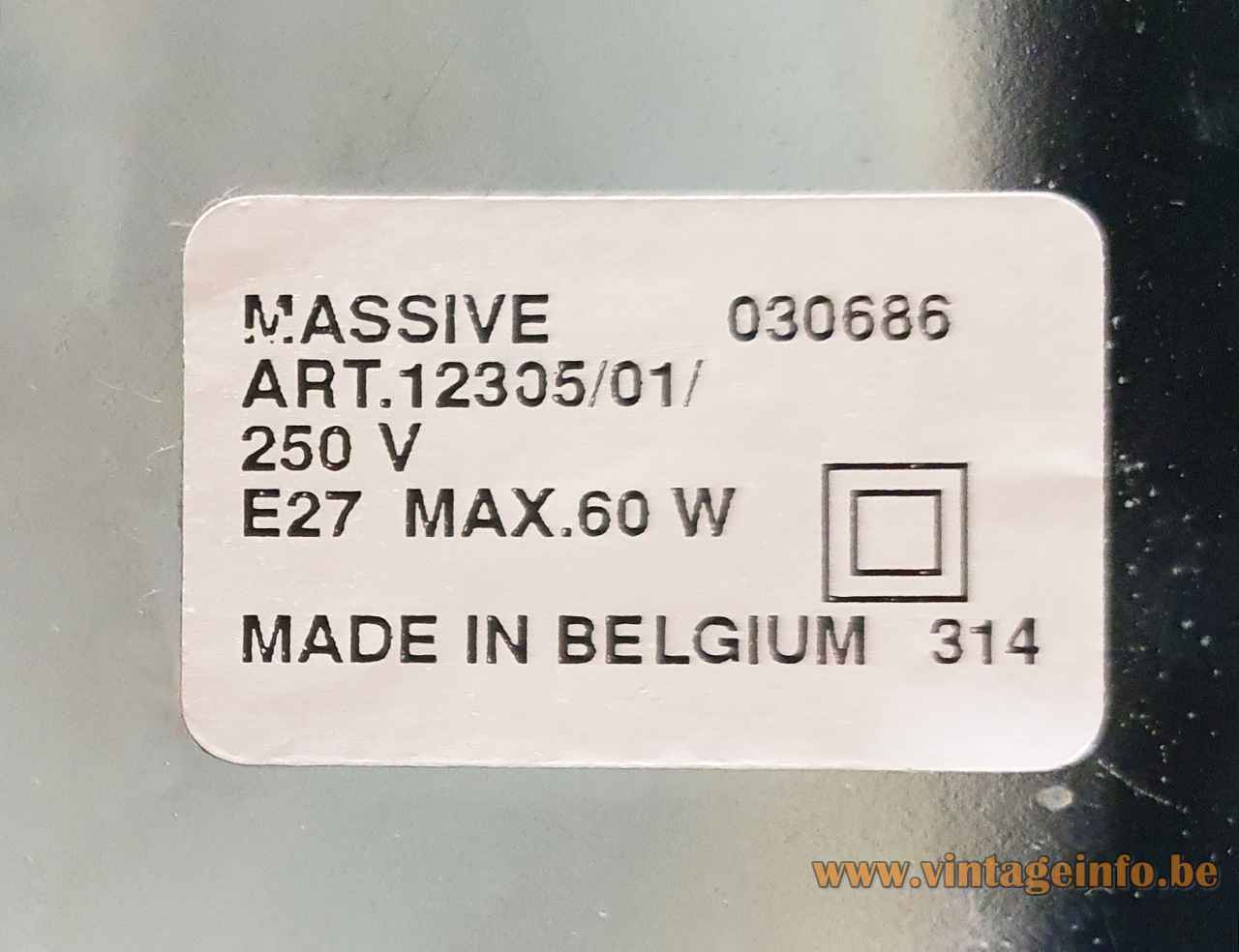 Other versions: This 1980s Massive art deco table lamp exists in several variations, they were at least also made with a brown wooden conical rod. A floor lamp also exists. Massive made several other lamp in th is style, you can find another one over here.

IKEA sold a very similar table lamp and floor lamp with some slight differences. It appears in catalogues from 1993 until 1995. They named it Dakapo. The floor lamp only appears in the 1994 catalogue. For the moment it is unclear if this lamp was also produced by Massive. 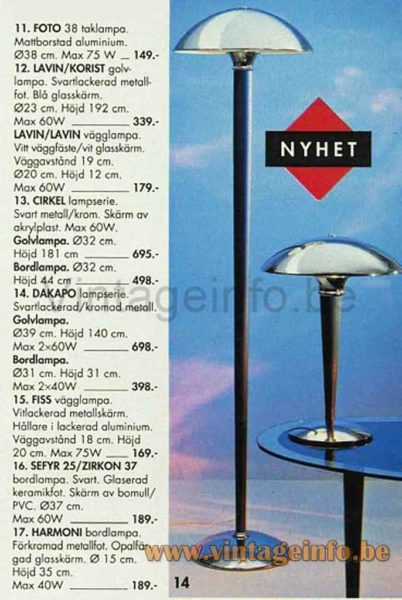