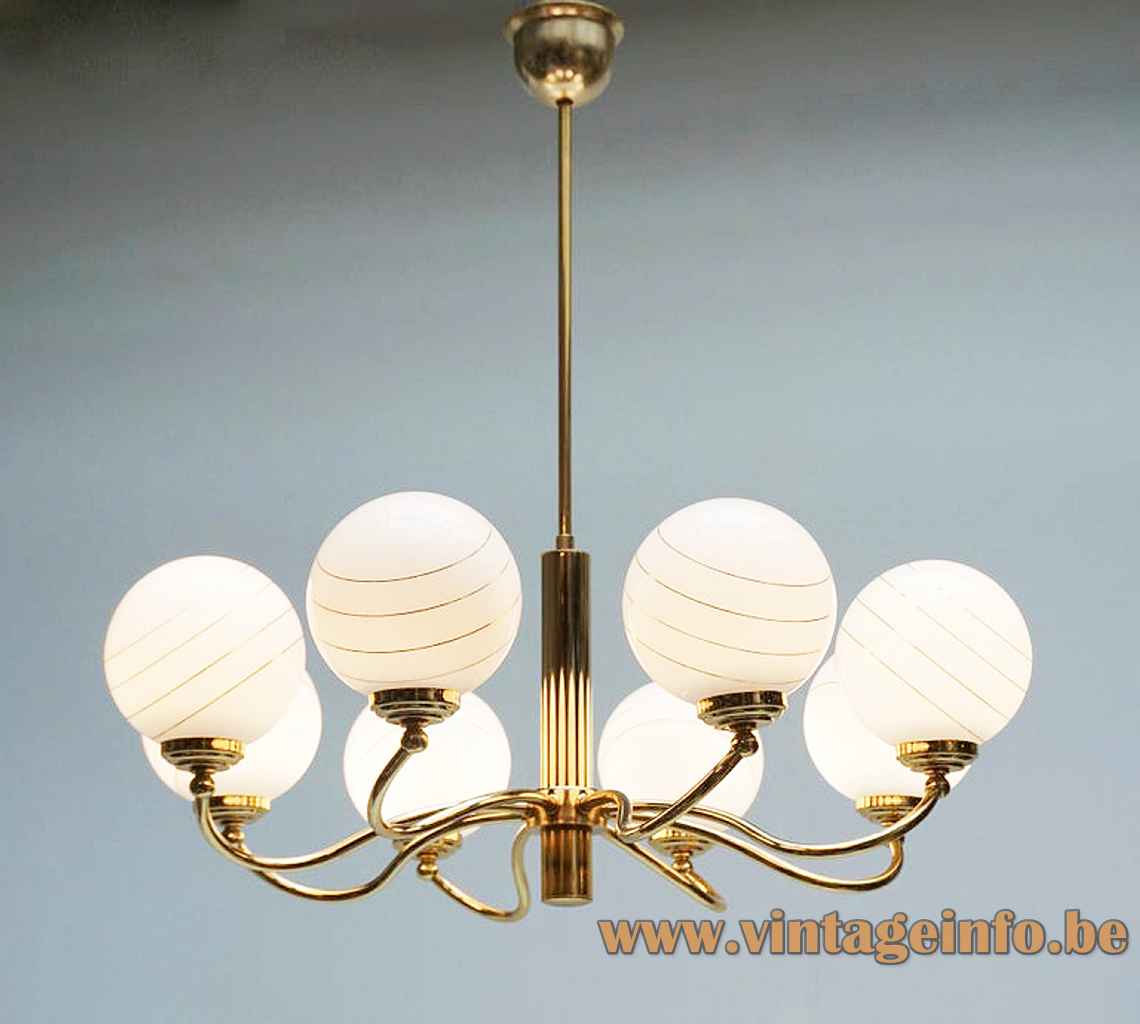 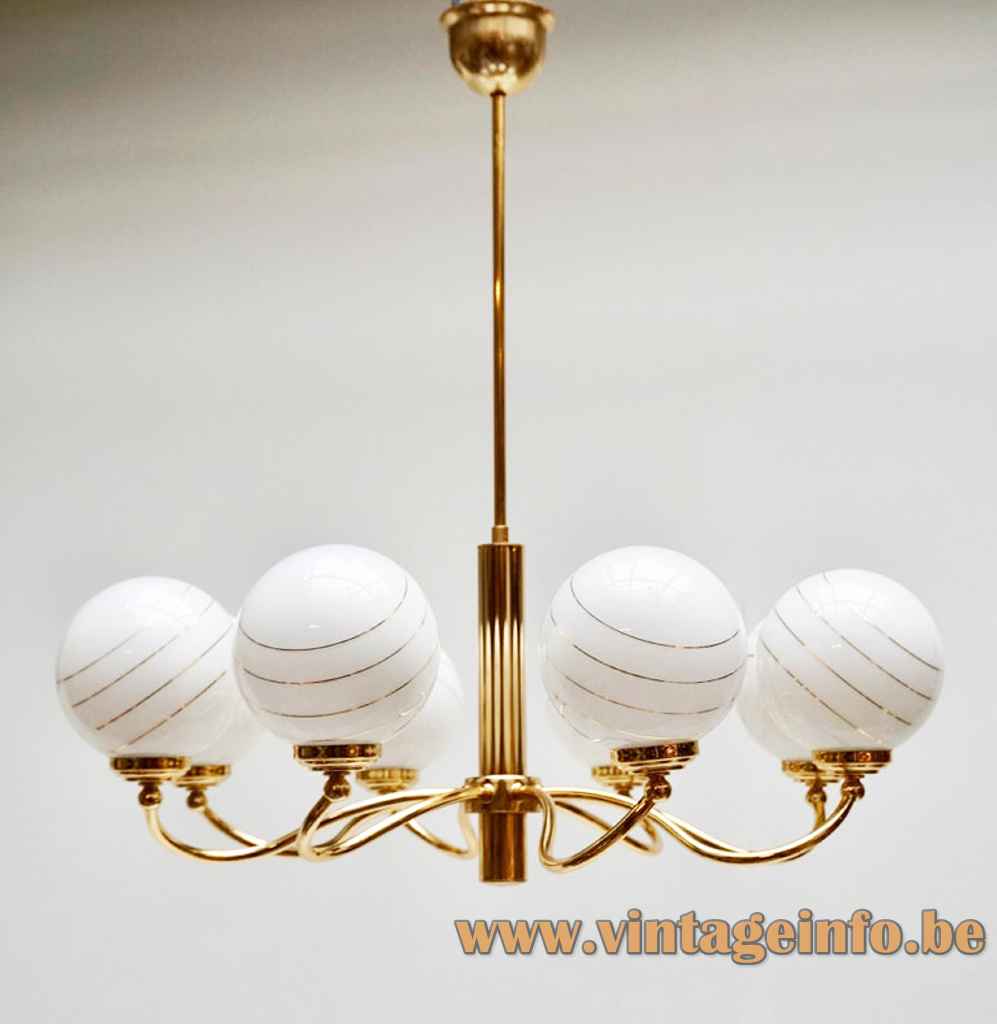 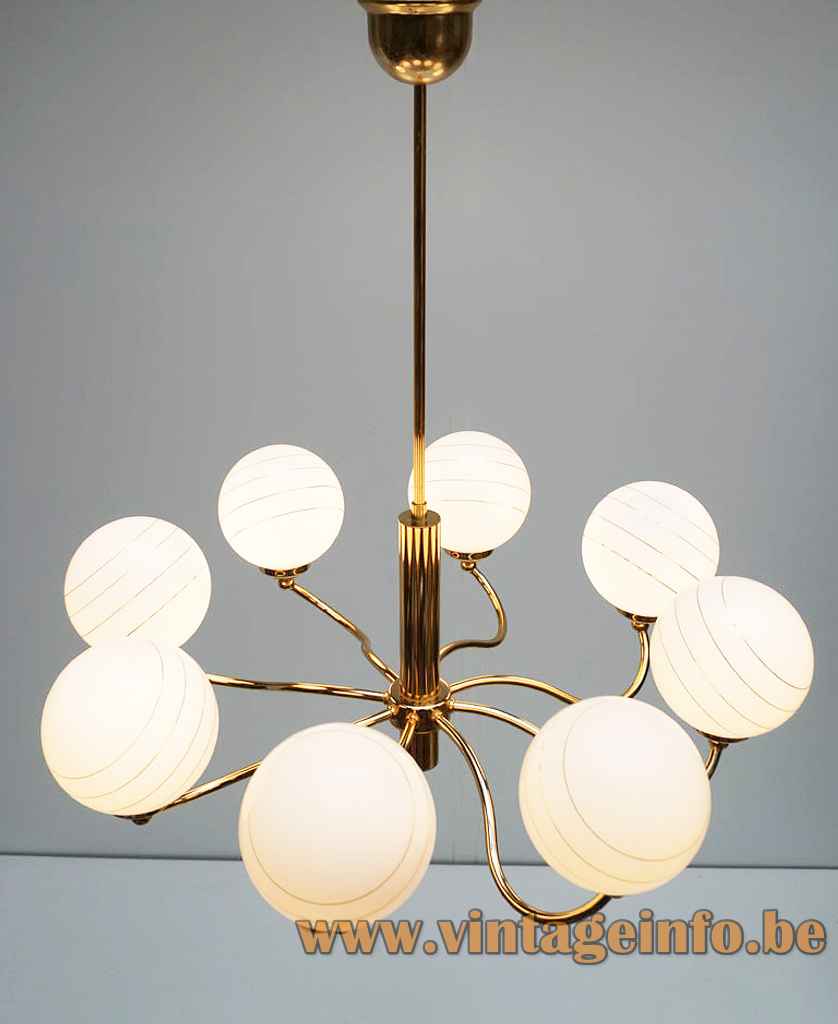 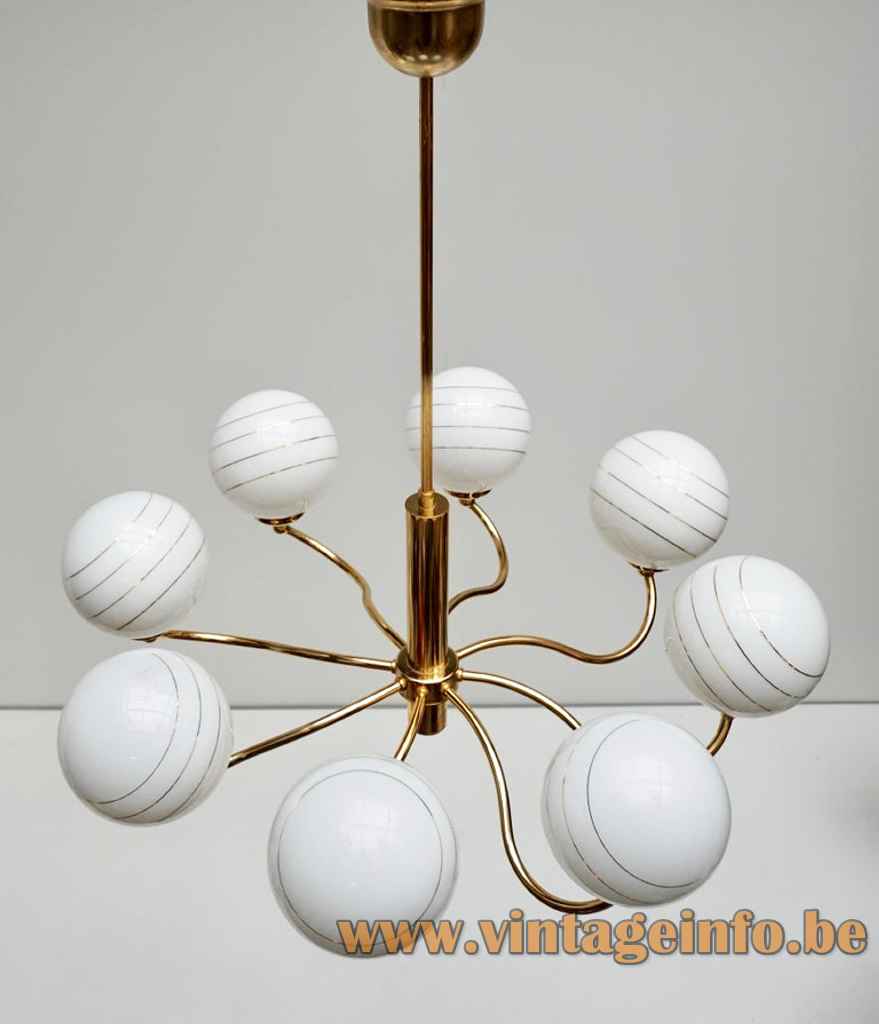 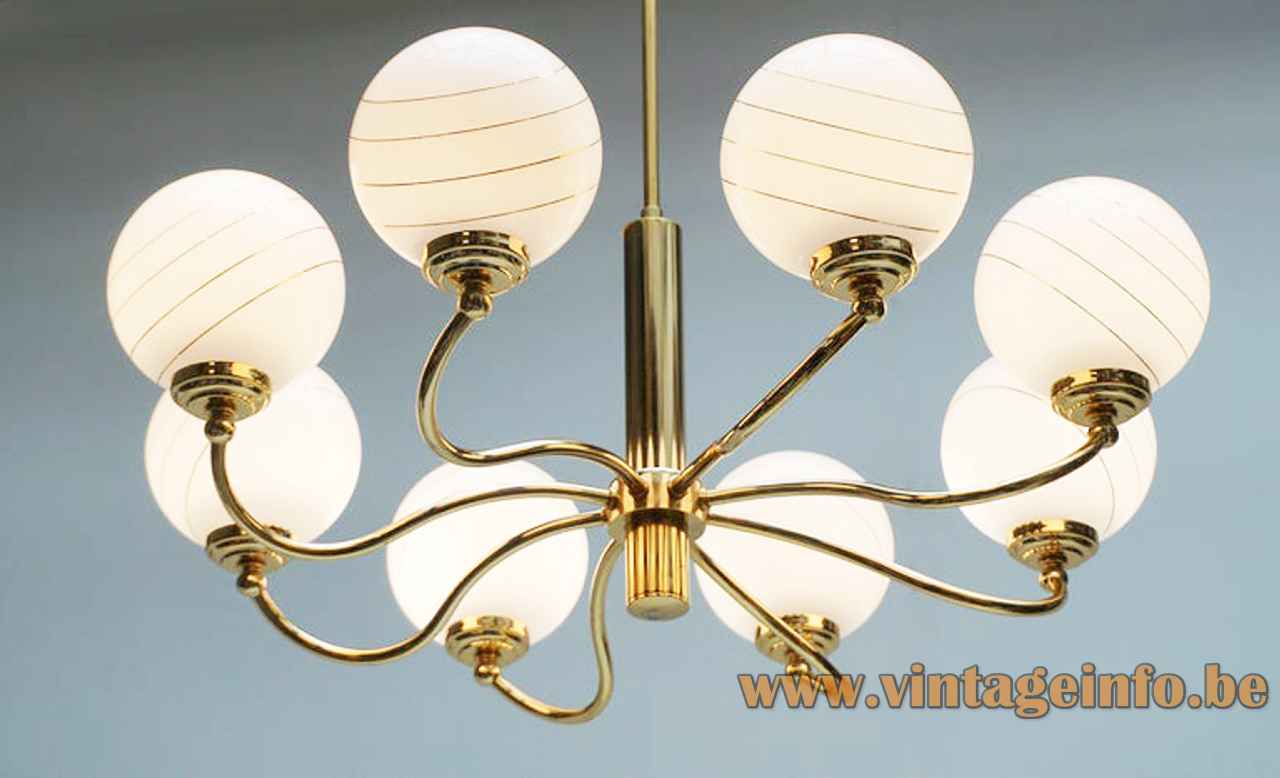 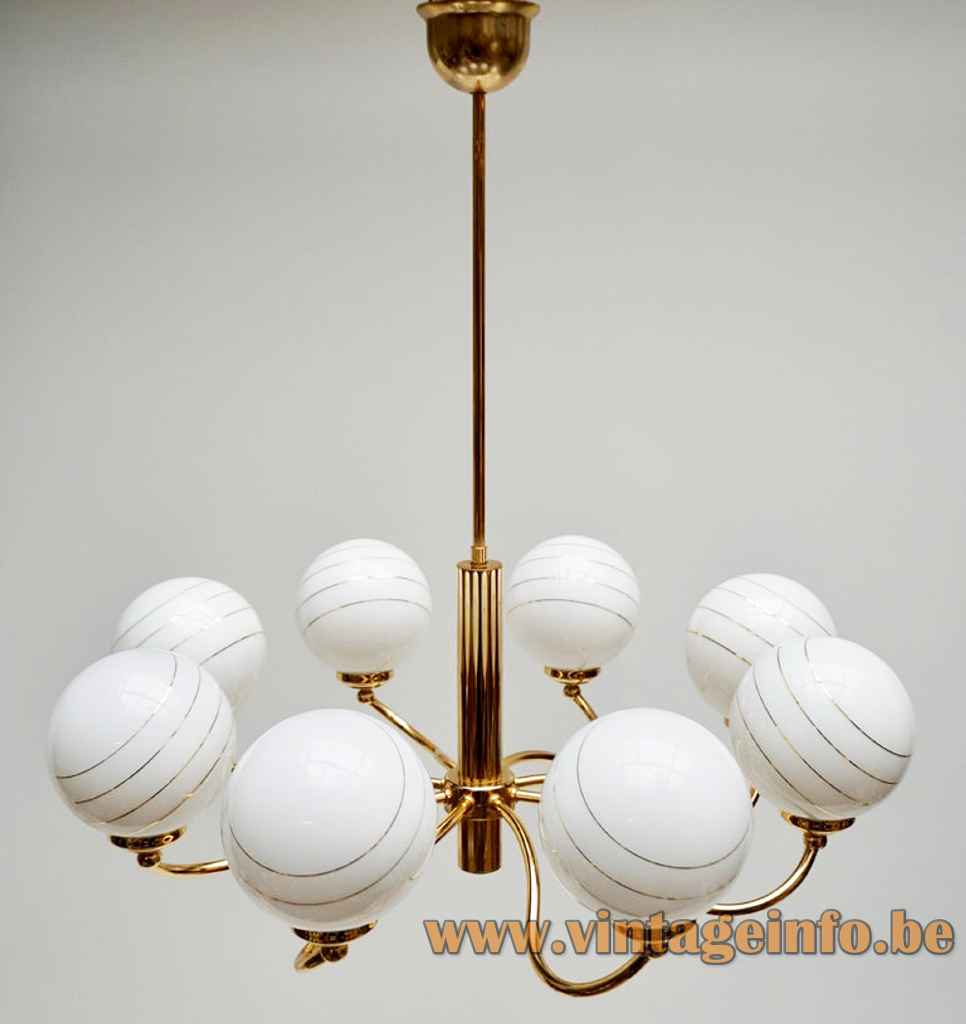 Other versions: This Massive striped globes chandelier exists in several variations and sizes. Also wall lamps, floor lamps and table lamps were made. The striped globes were used for many other lamps.