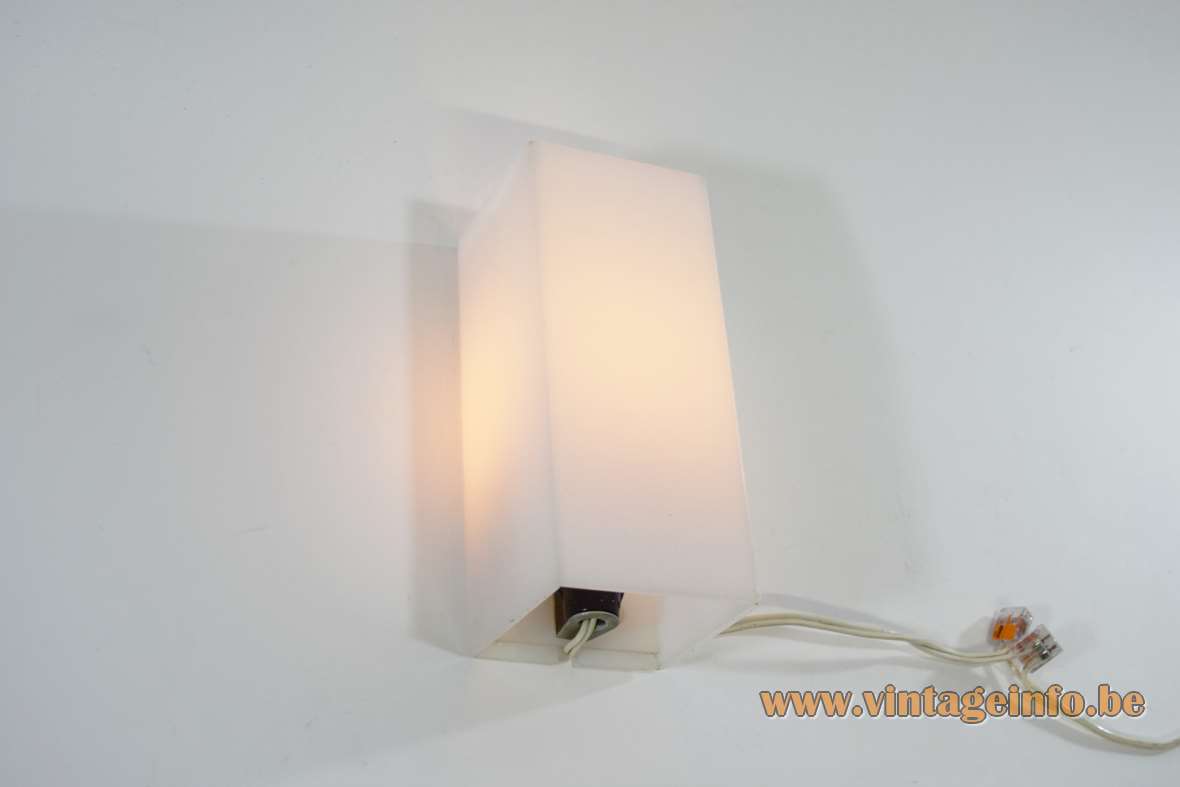 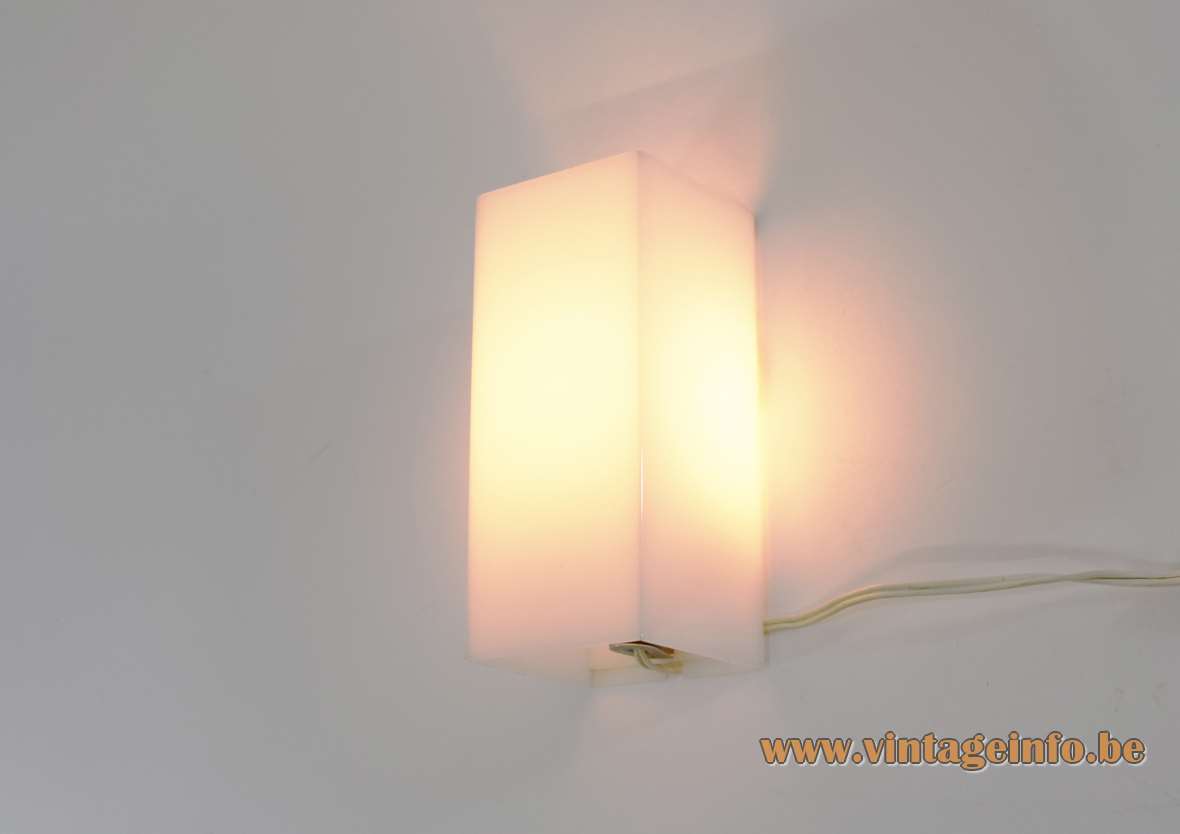 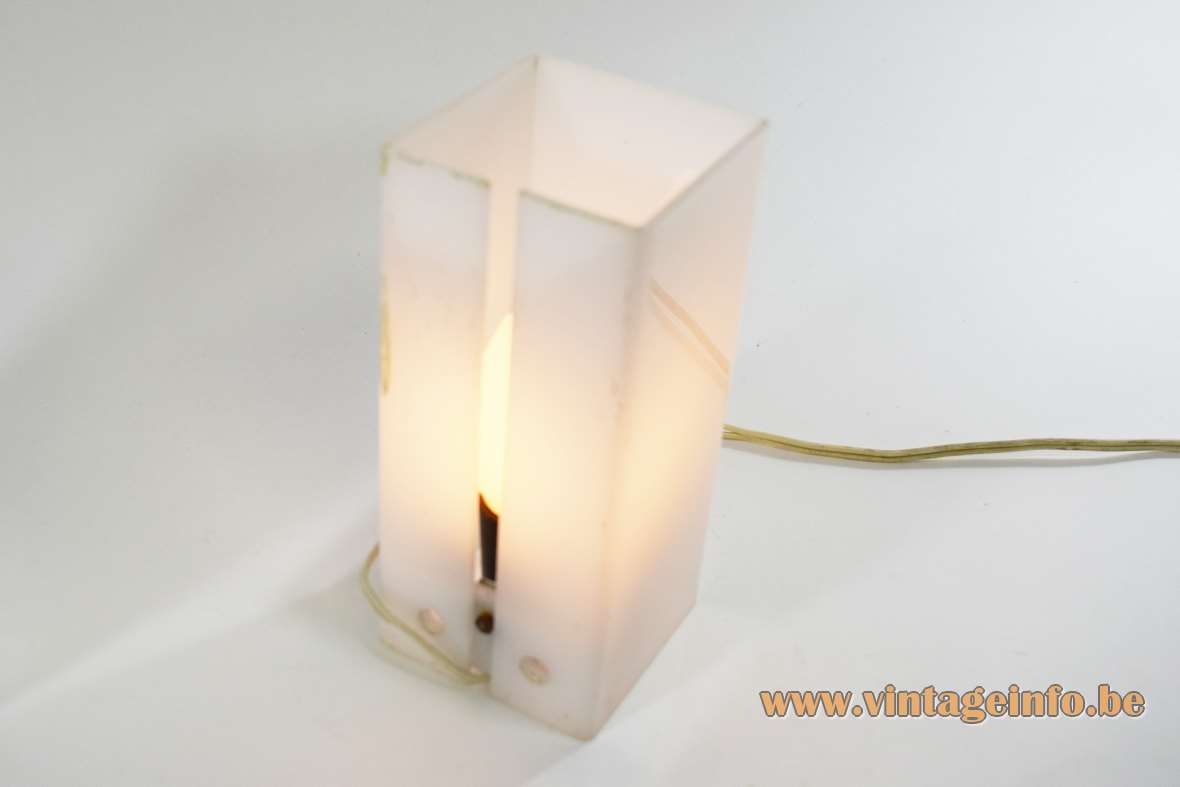 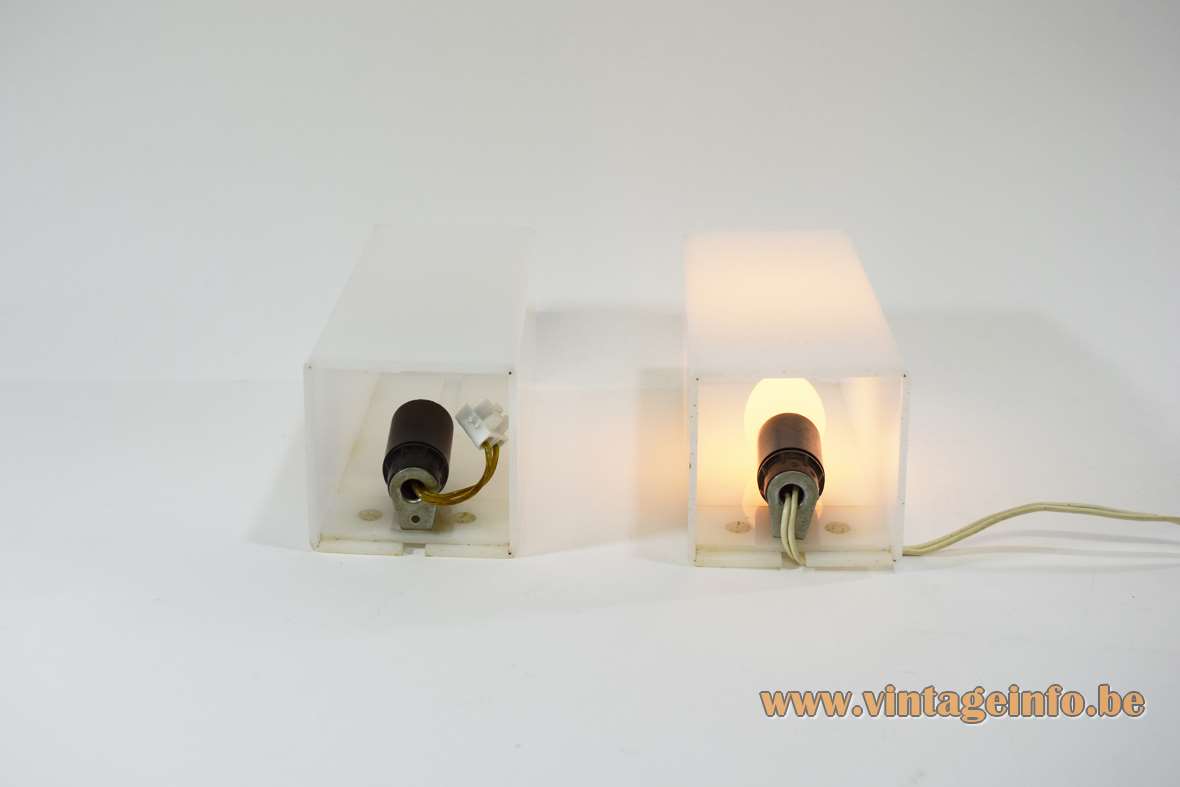 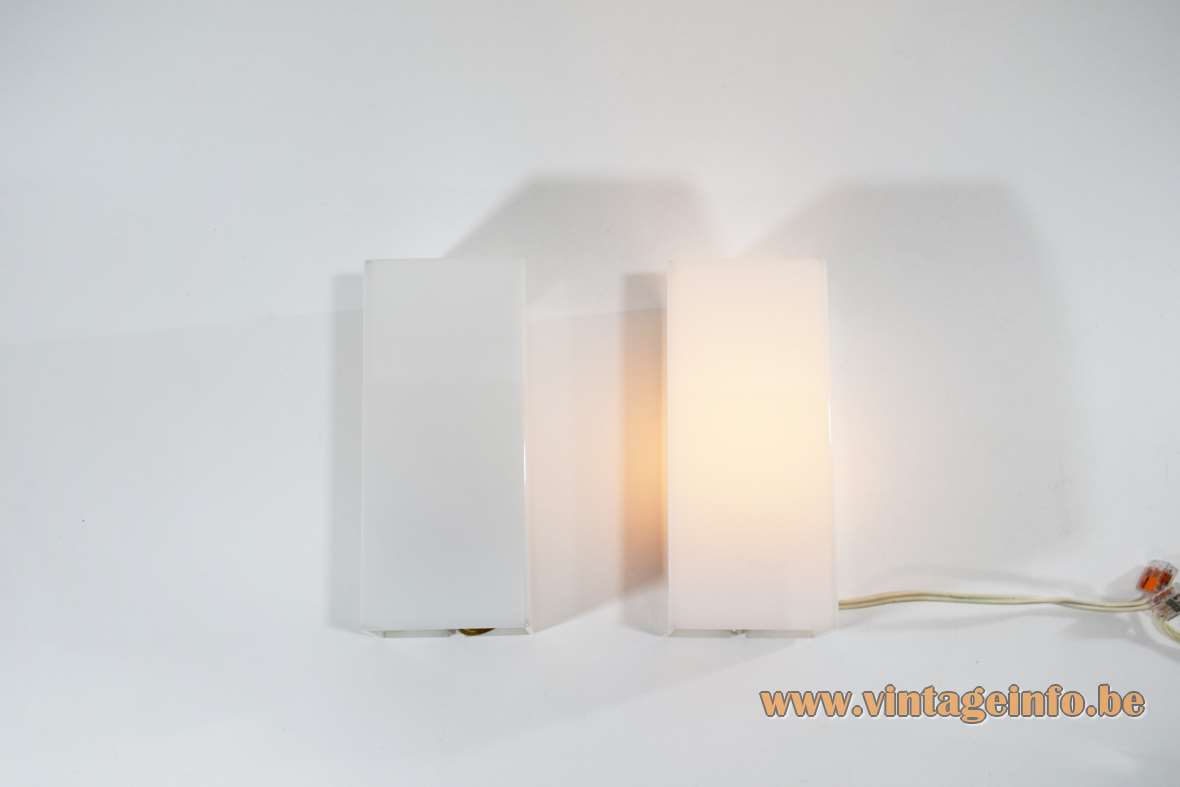 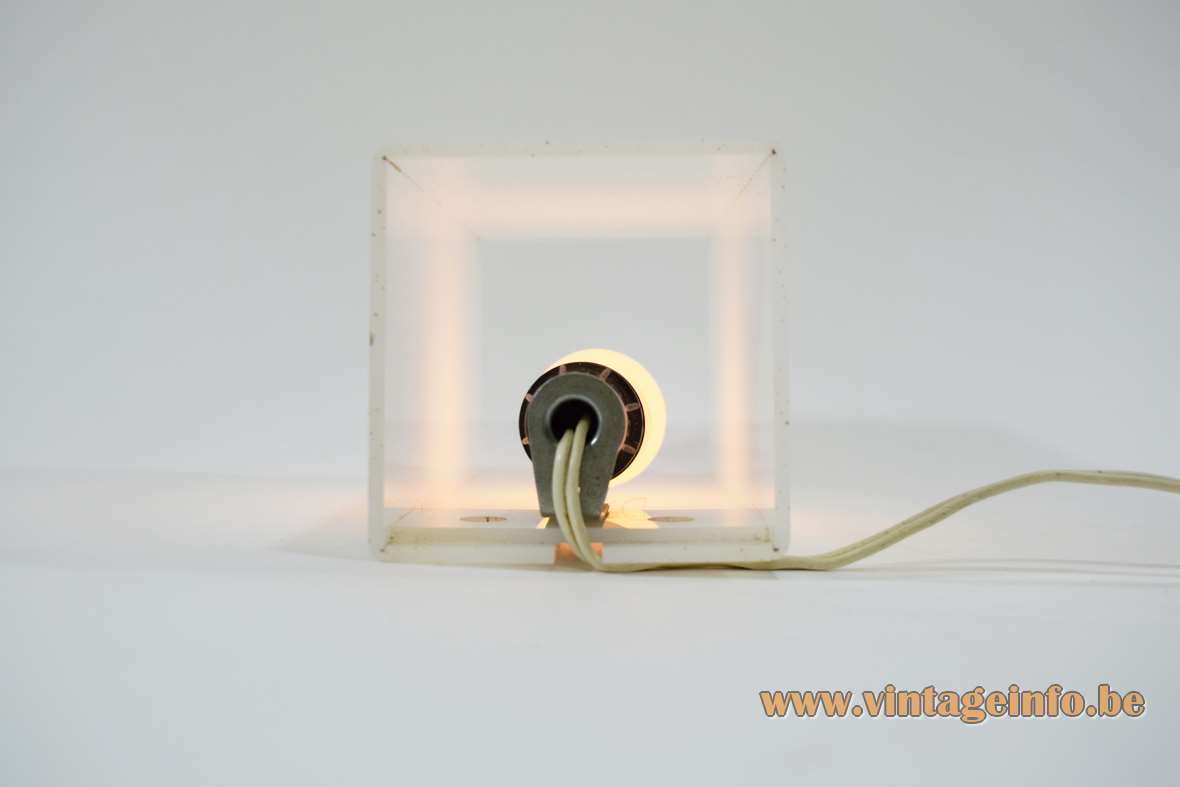 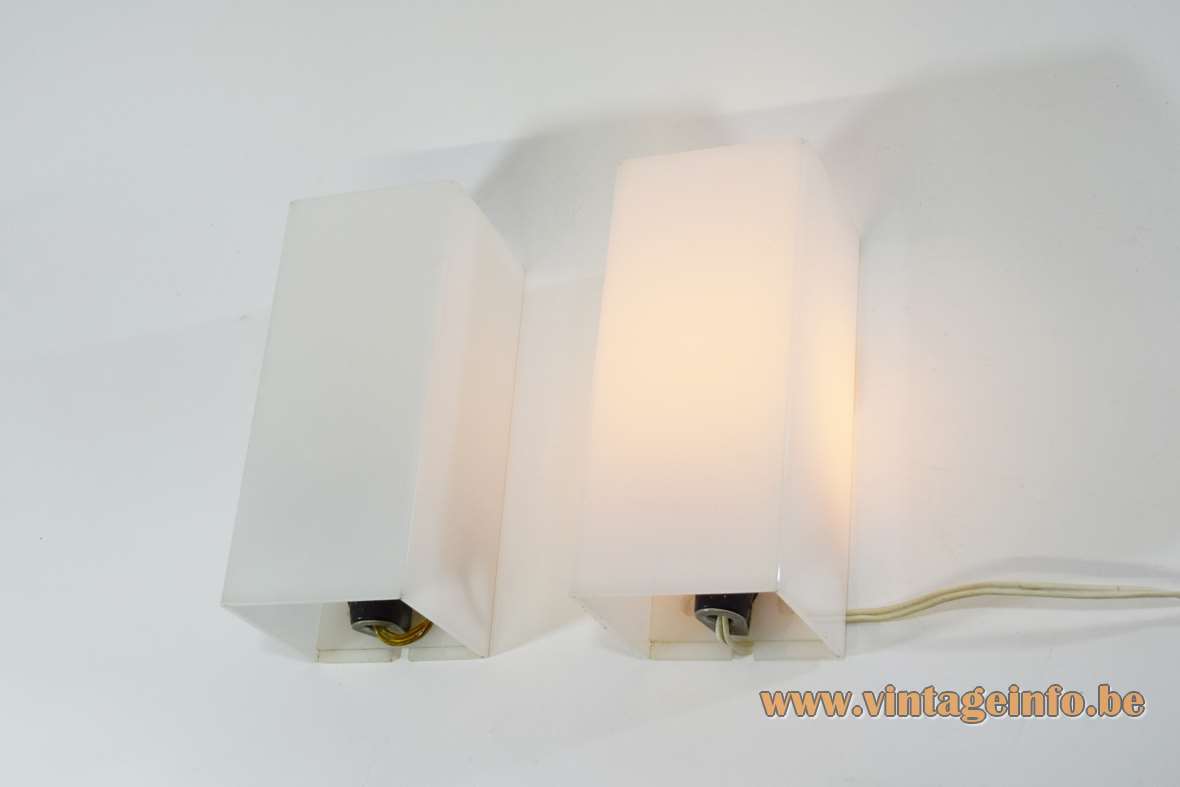 Cuboid acrylic wall lamp – long version together with some other wall lamps, all designed by Yki Nummi in the Stockmann ORNO catalogue  of 1964 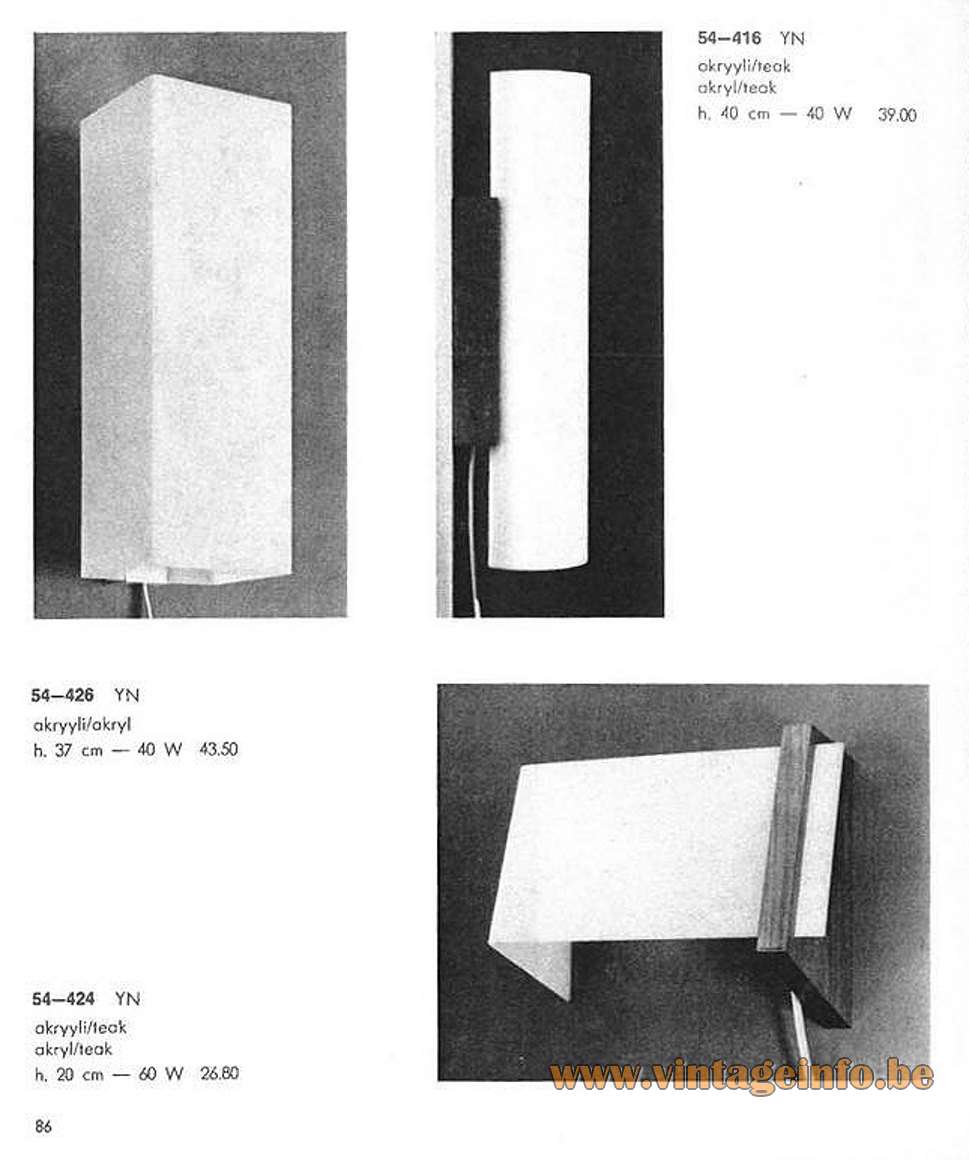 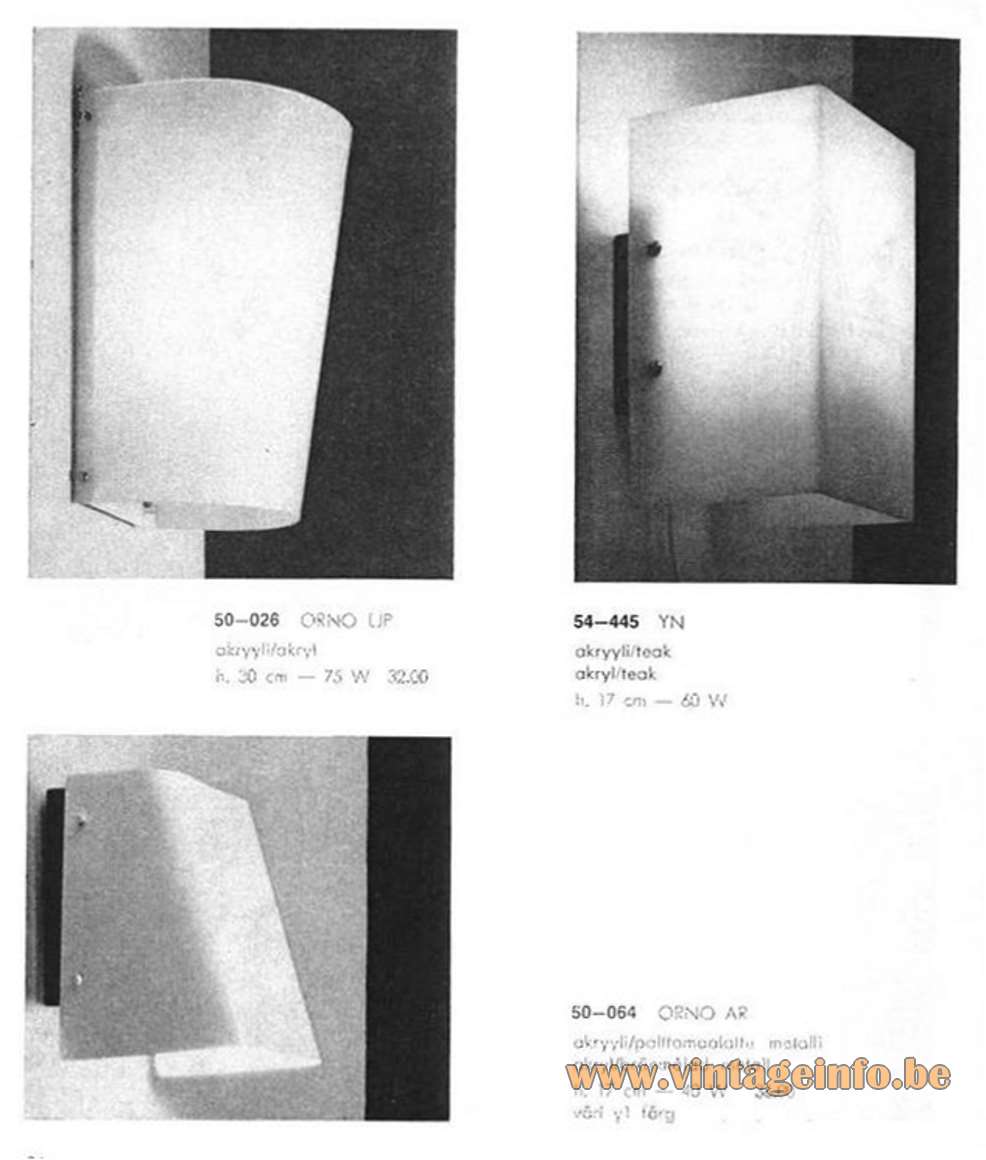 Other versions: This 1960s cuboid white acrylic wall lamps exists in a long version and some variations. A comparable table lamp was also designed, as you can see.

He worked as lighting designer for the Finnish Stockmann-Orno A.B. light factory from 1950 to 1975 and designed hundreds of light fixtures.
The best-known light fixtures are the Modern Art table lamp in 1955 and the Lokki (Sky Flyer or Flying Saucer) pendant lamp in 1960, currently manufactured by Keraplast and Innojok Oy (Innolux), both Finish companies. In Germany and The Netherlands these lights were until recent produced by Adelta.
Keraplast and Adelta also produces the Modern Art table lamp. Keraplast has named it the New York table lamp. The Modern Art table lamp was acquired by the MoMA museum in New York, for their collection as a modern European Design Product of 1958, and that’s how the lamp got it’s name.

The acrylic lights of Stockmann-Orno were made by Sanka Oy, founded in 1950. The company focused on the design of acrylic plastic, which was a new material at this time. Sanka still exists but since the 1970s they produce showers.

The sockets were made by the VLM Components company from Buccinasco, near Milan in Italy. They were produced in the 1960s and early 1970s. Today VLM Components is owned By Relco. Together they are one of the biggest suppliers of switches, cords and plugs in Europe. VLM Components became famous for the switches they produce that were designed by Achille Castiglioni in 1968. 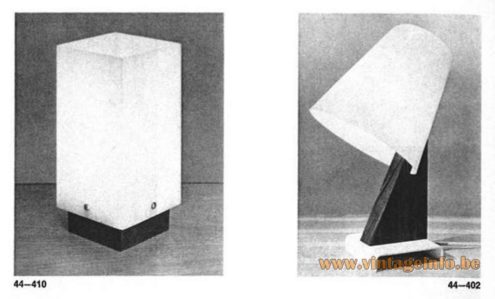