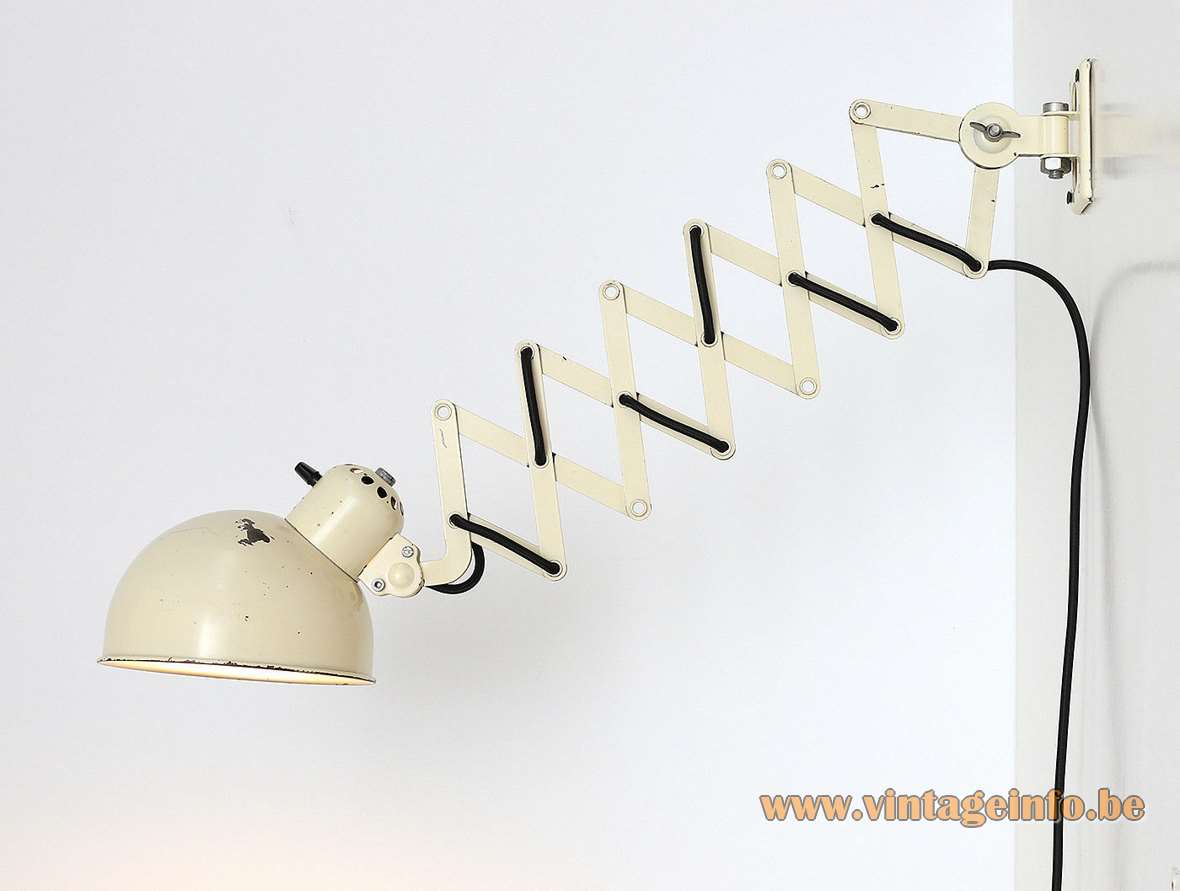 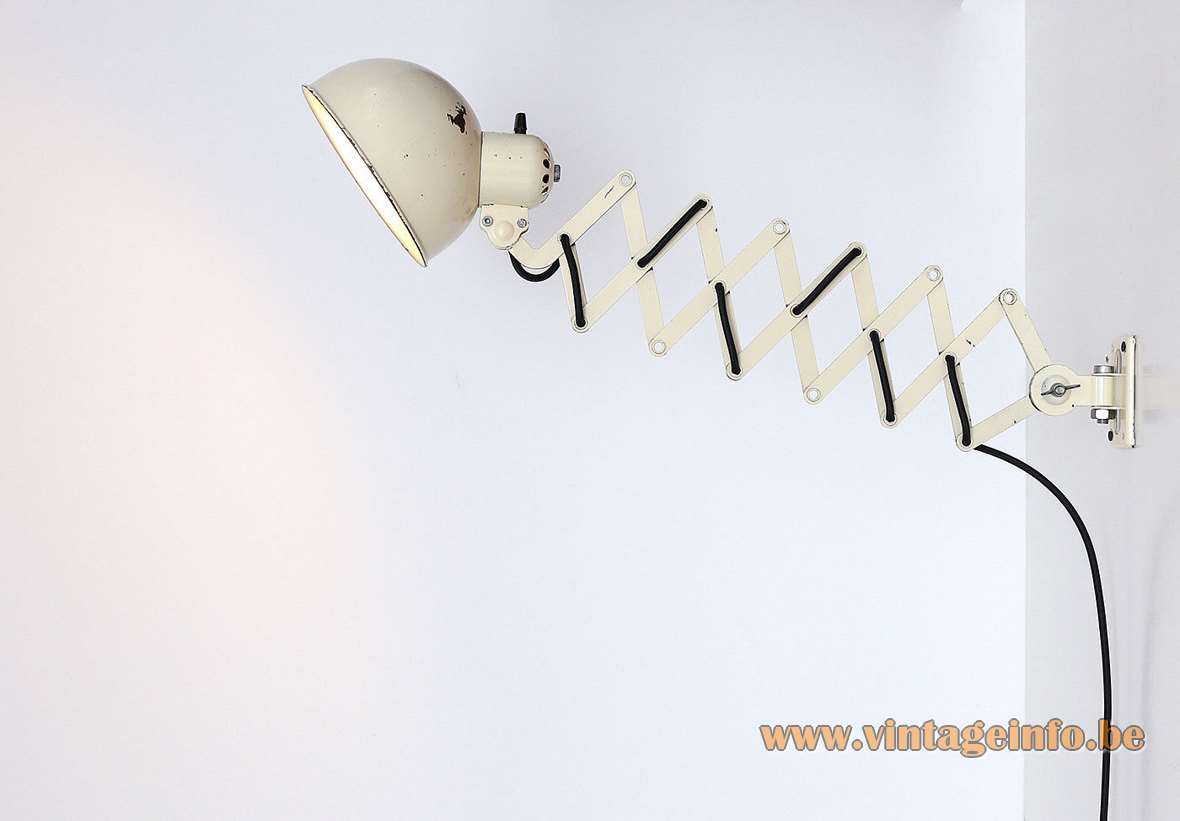 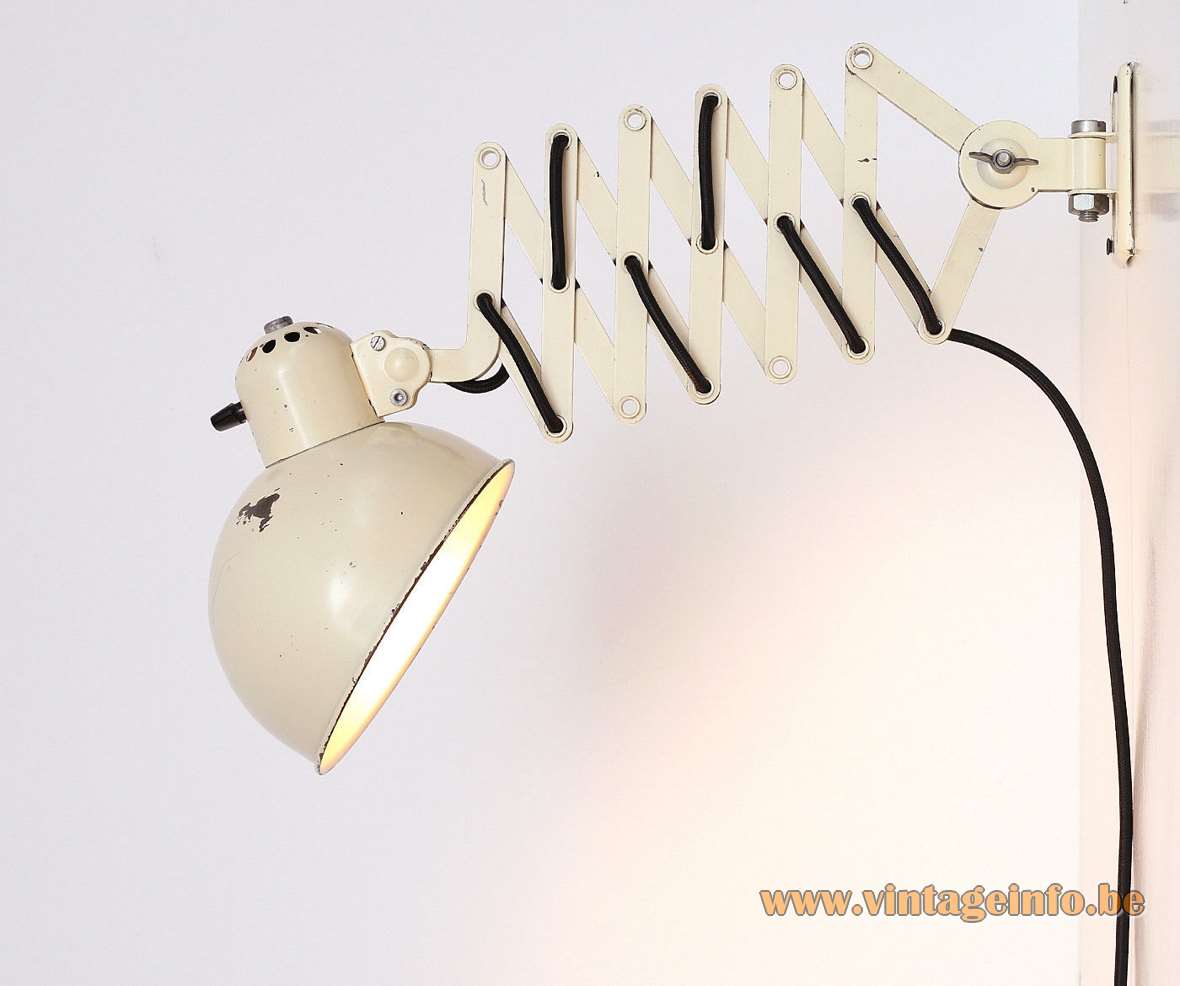 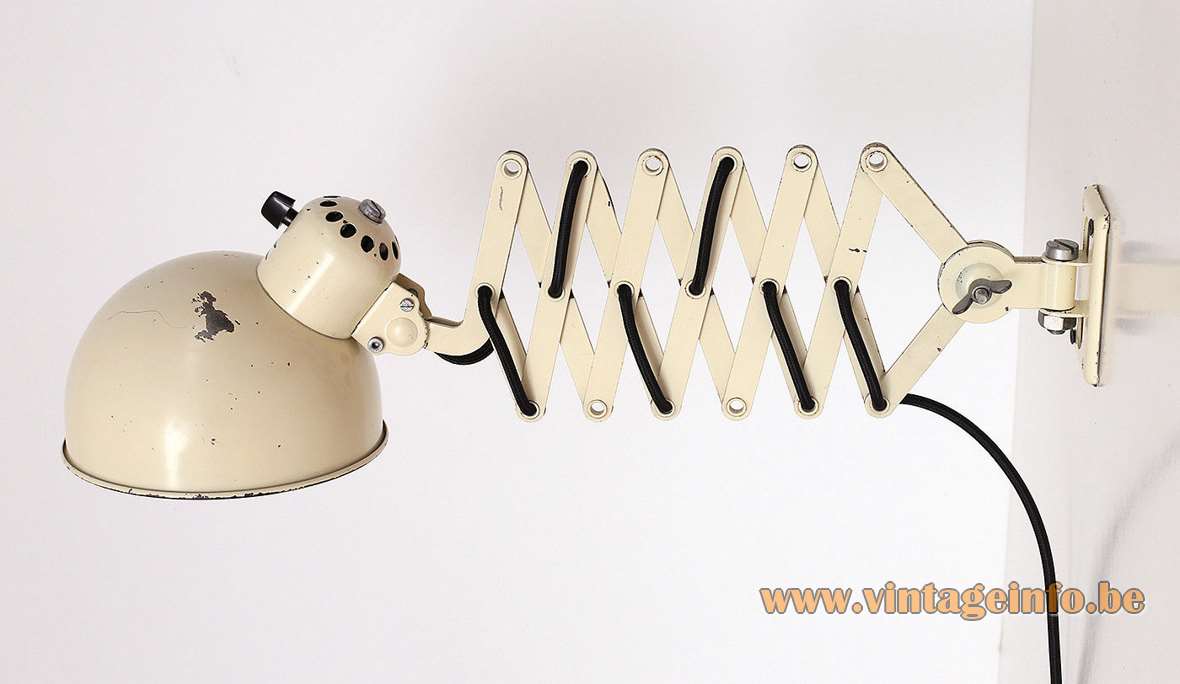 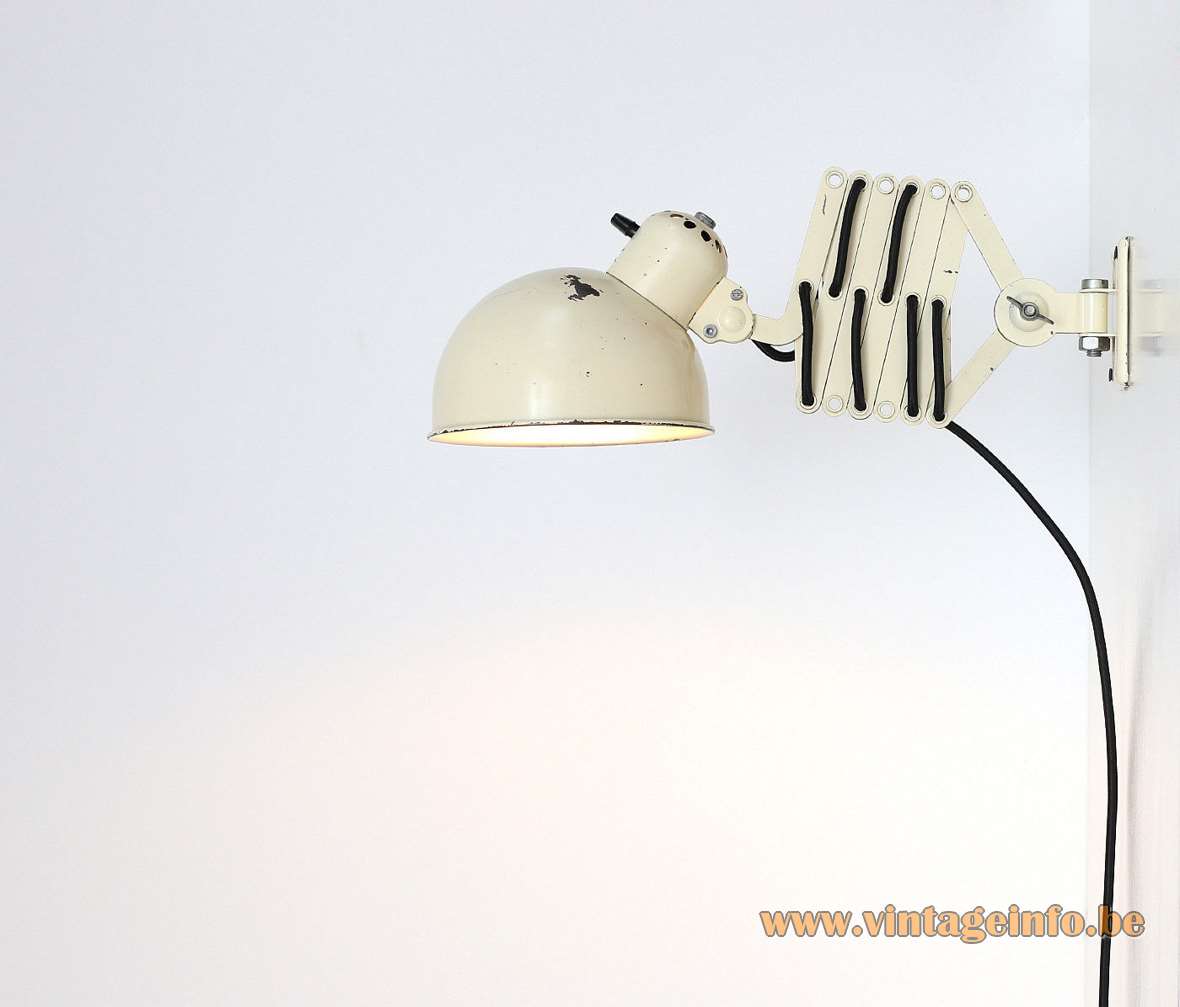 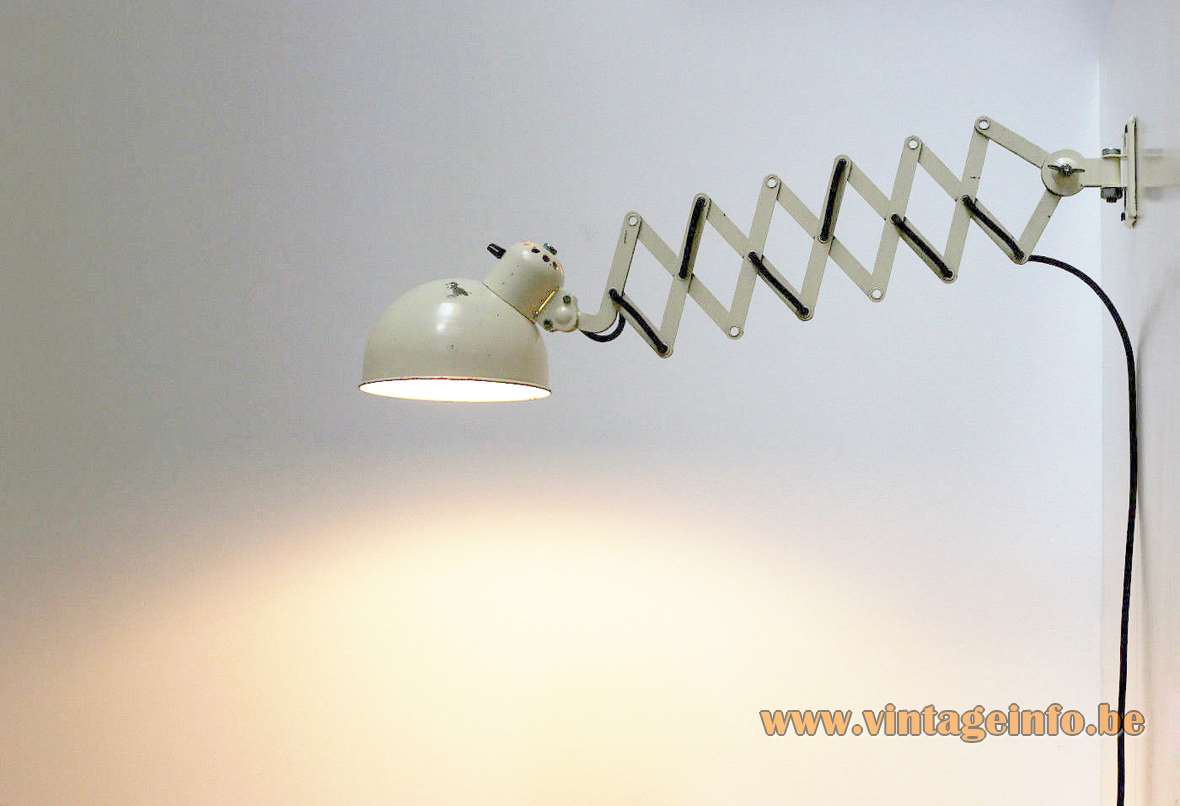 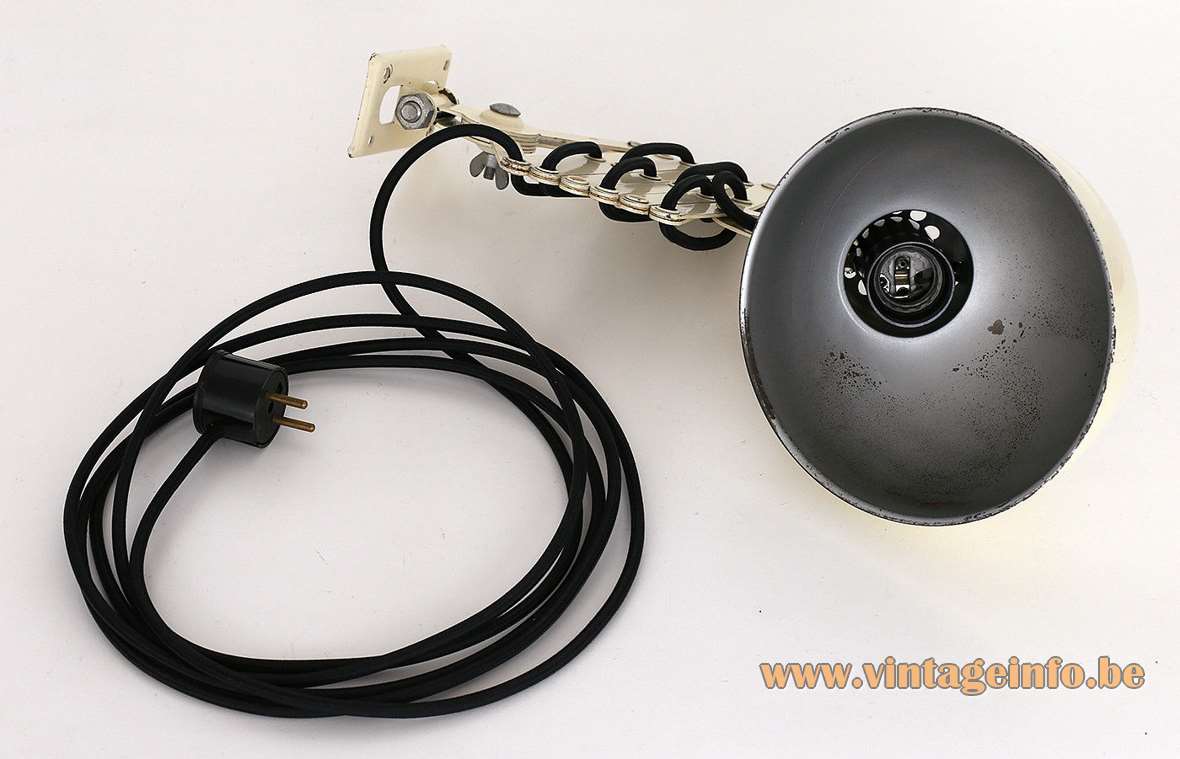 Other versions: This Koranda scissor lamp at least also exists in black.

In 1926 he changed to the Frankfurt art school (Frankfurter Kunstschule). He designed a great deal of lighting, including the brass and nickel “Rondella-Polo” (1928-29) table lamp range (his real creative breakthrough) and the “Idell” range, which was mass produced mainly by Gebr. Kaiser & Co. Leuchten KG and later also by Bünte und Remmler (BuR).

At the end of 1928, a number of Dell’s designs were featured in an exhibition at the Kunsthalle Mannheim, about craftsmanship in the machine age.
The Nazi Party did not allow him to stay in the Frankfurt art school in 1933, but Walter Gropius offered him a job in the United States. However, Dell decided to remain in Germany and designed several lamps for Koranda.

Many thanks to Wojtek of Modernretro2012 for the beautiful pictures. You can find his shop online on Ebay over here.
Many thanks to Claes for the enlightening information, text and help.