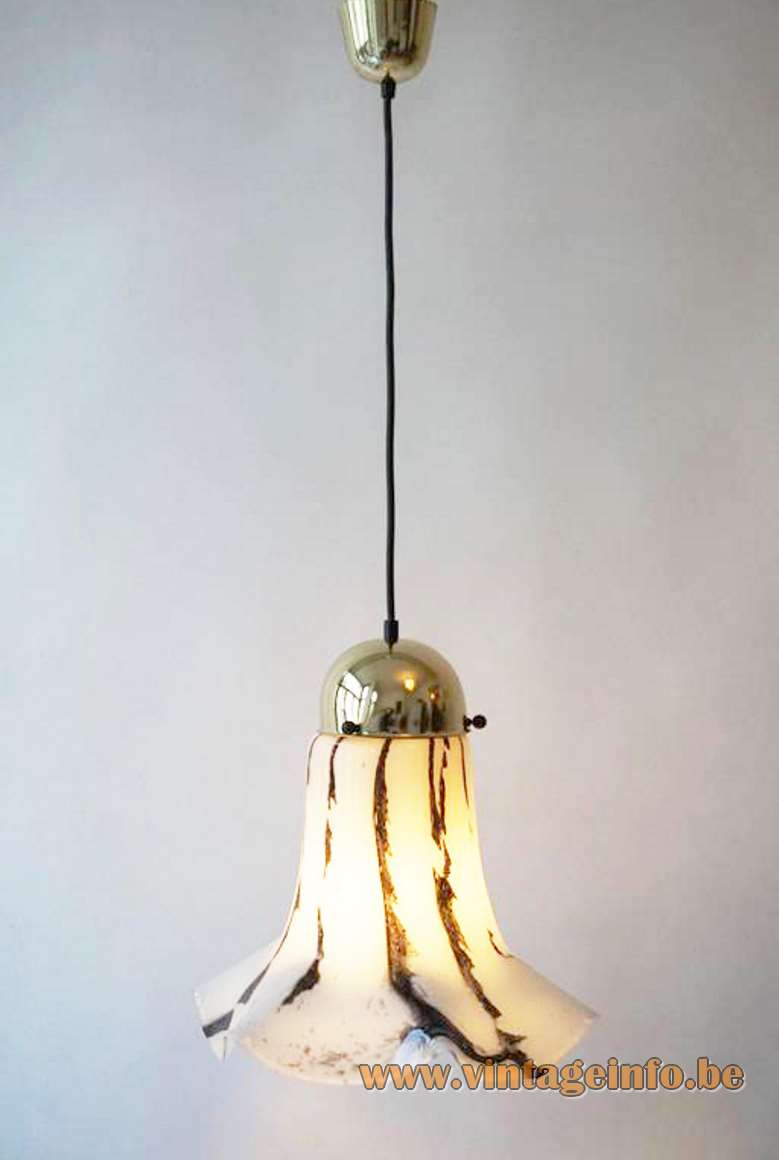 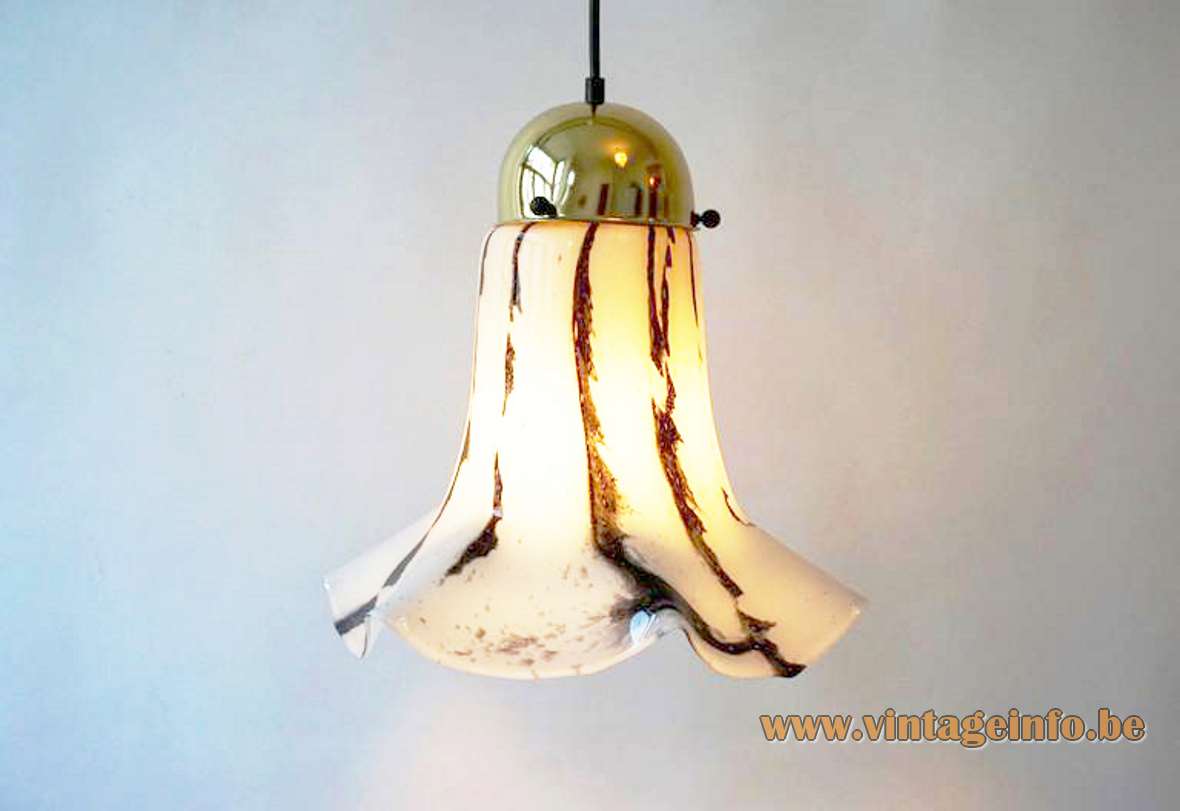 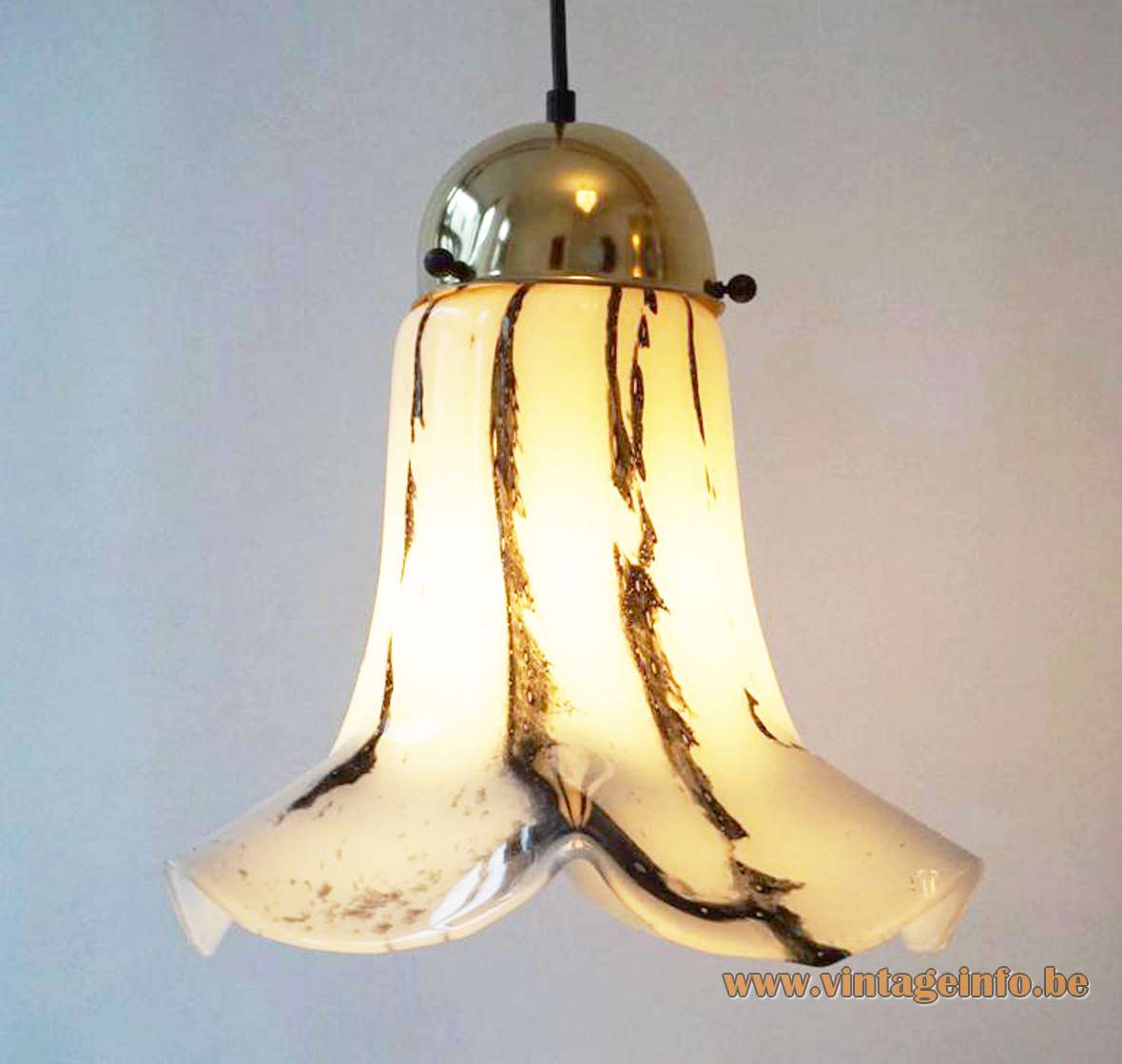 Materials: White opal hand blown crystal glass lampshade with black stripes. Made in the form and colours of a hanging conical flower such as a petunia. Brass half round lampshade holder on top with 3 ornamental screws. Bakelite E27 socket.

Electricity: 1 bulb E27, 1 x 100 watt maximum, 110/220 volt.
Any type of light bulb can be used, not a specific one preferred. But, a white, opaque or frosted one gives the most beautiful result.

These type of lamps are often named “Fazzoletto” lamps. The Italian word for handkerchief. The Fazzoletto vase is a 1948 design by Fulvio Bianconi (1915 – 1996) for Venini. This pendant lamp has more similarities with a petunia flower or a petticoat than a handkerchief.

Another, but white petunia pendant lamp