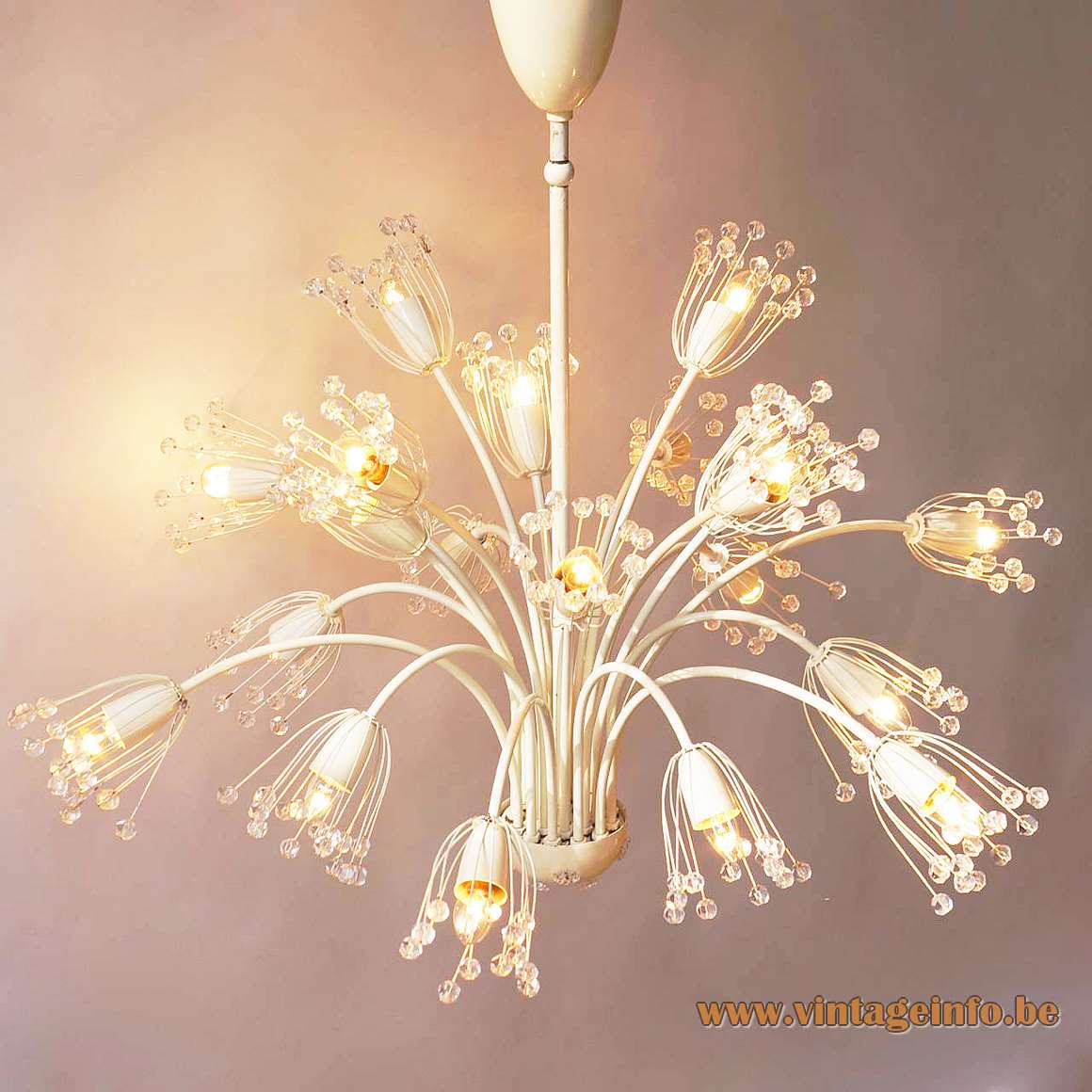 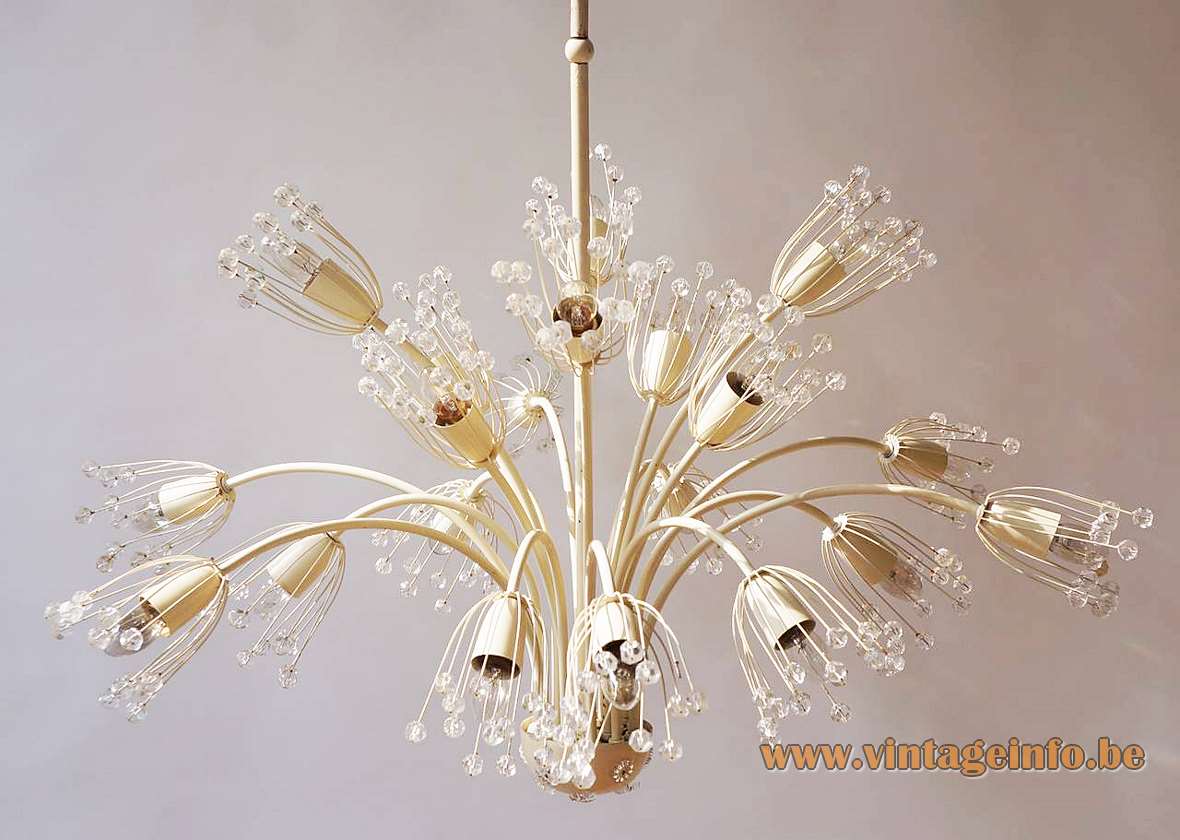 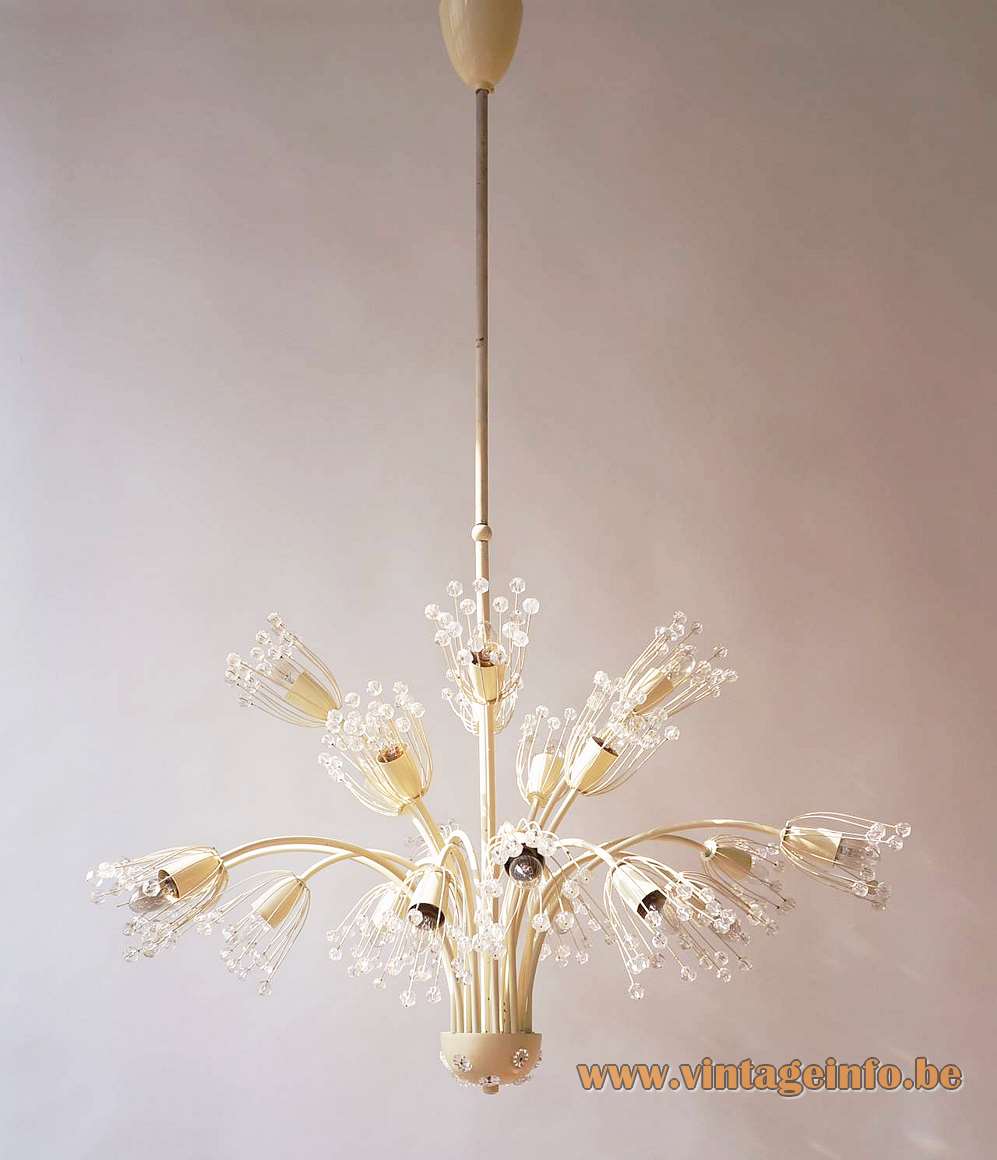 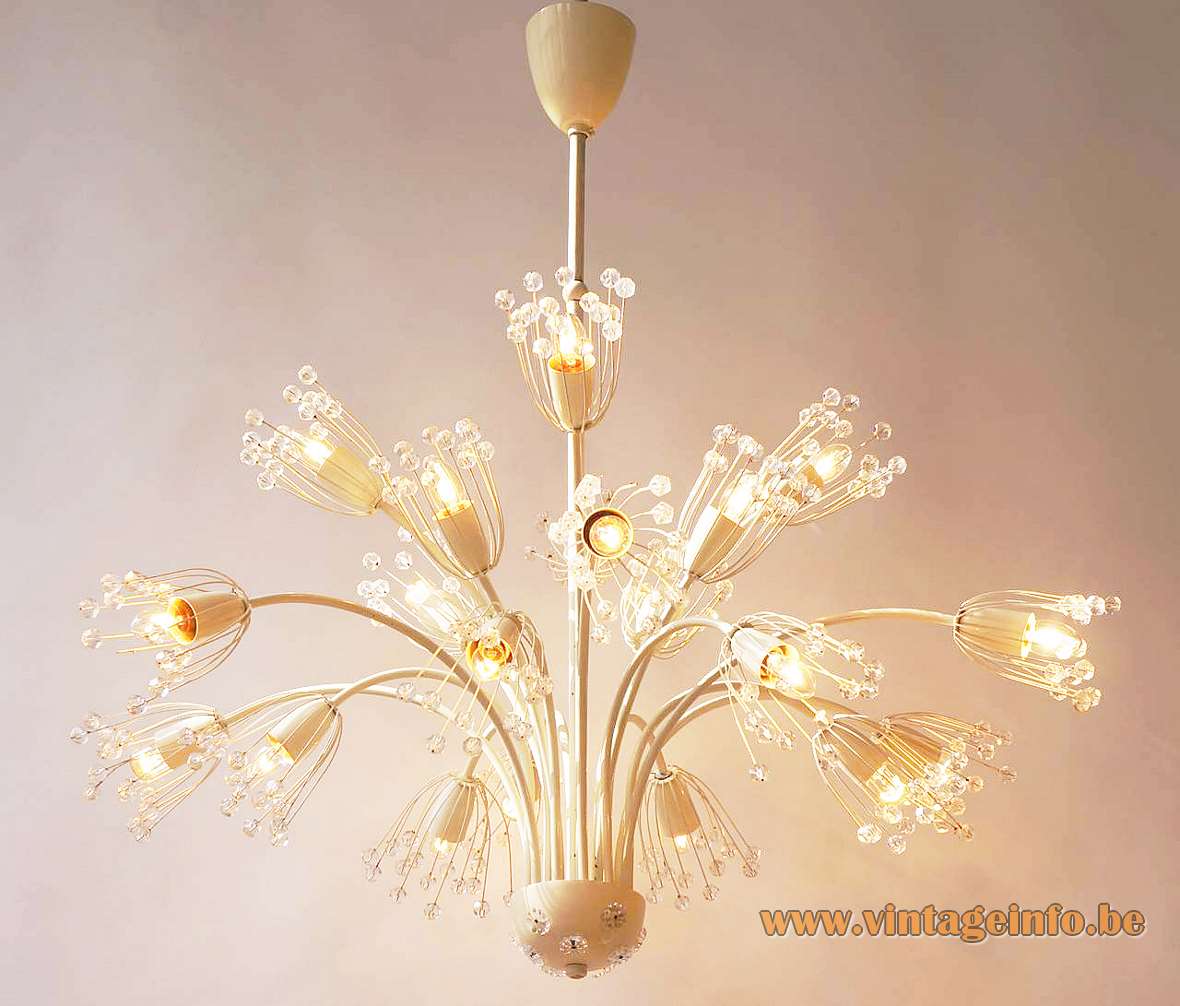 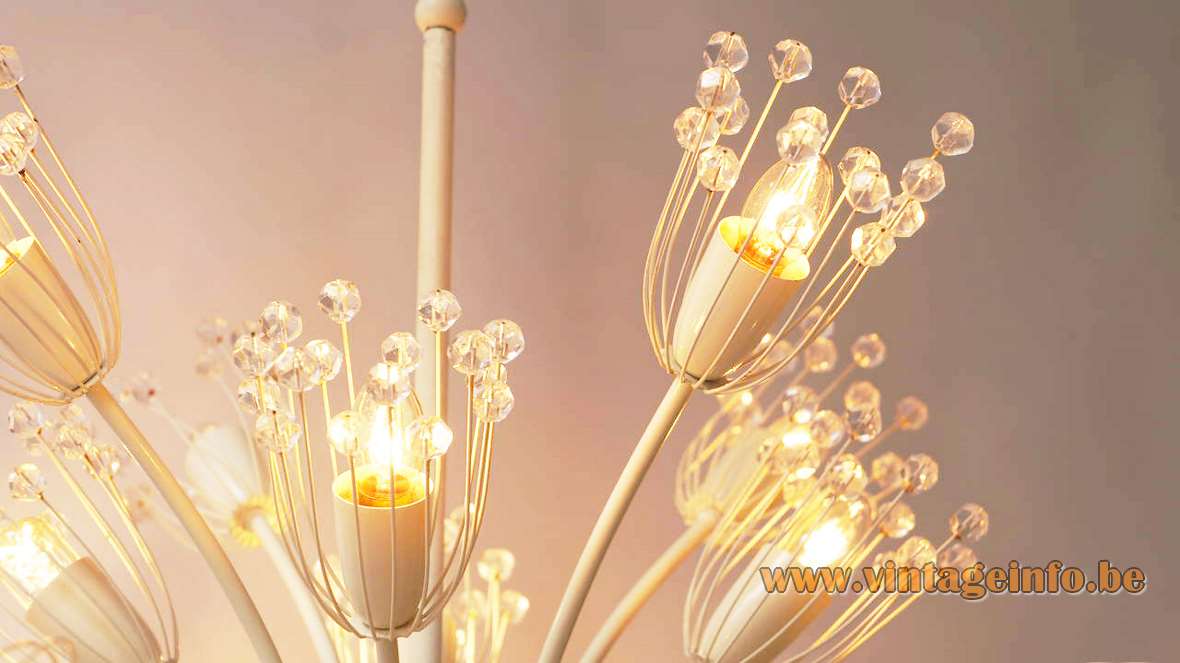 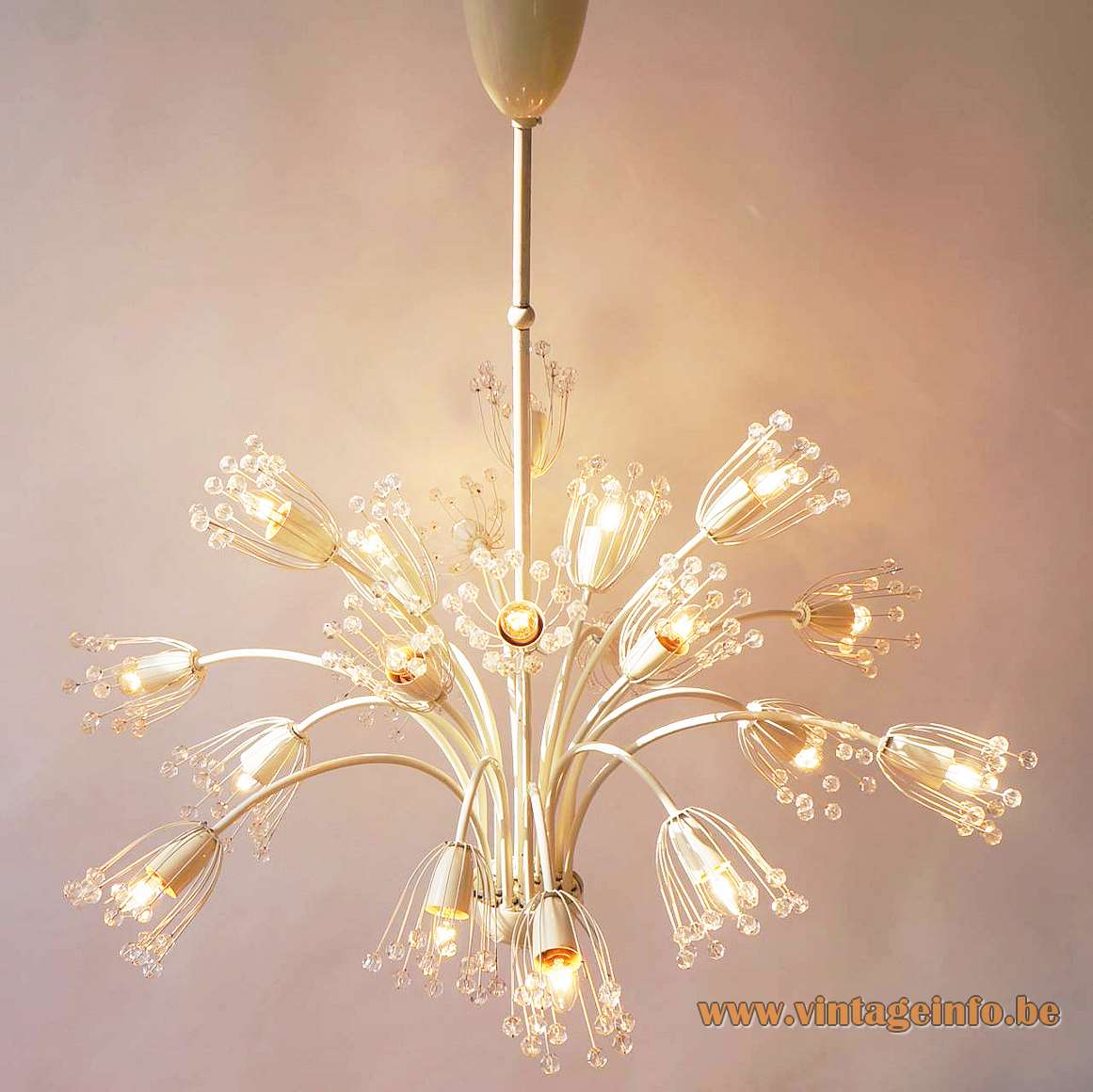 Other versions: This Emil Stejnar flowers chandelier exists in several variations and sizes. Also made in chromed metal and polished brass.

This lamp is often named: Pusteblume or Dandelion (dandelion – taraxacum officinale). Others say Snowball chandelier. Also named Sputnik flowers chandelier, but a Sputnik lamp is something else. An example can be found here.

It is always said that Emil Stejnar designed these lamps with glass flower beads. But in the 1962 German book: Lampen Und Leuchten, Ein Internationaler Formenquerschnitt (Lamps and lights, an international cross-section of shapes), page 183, written by Gerhard Krohn is printed: Rossettenleuchter: Type und Design: Nikoll. Gerhard Krohn has written several books at that time about lighting. Among others his famous book Formschöne Lampen und beleuchtungsanlagen (Elegant lamps and lighting equipment). All published by Callwey from München.

Today (2020) Wikipedia says the opposite. I tend to think the book is correct.

Emil Stejnar (born 1931) is the most famous designer that worked for the company. He is also from Austria. According to Wikipedia he designed numerous chandeliers, wall lamps, flush mounts and mirrors decorated with crystal glass flowers in the beginning of the 1950s. In 1957, goldsmith and silversmith Stejnar moved to Sweden. He married and returned to Austria in 1968. His designs were produced for decades.