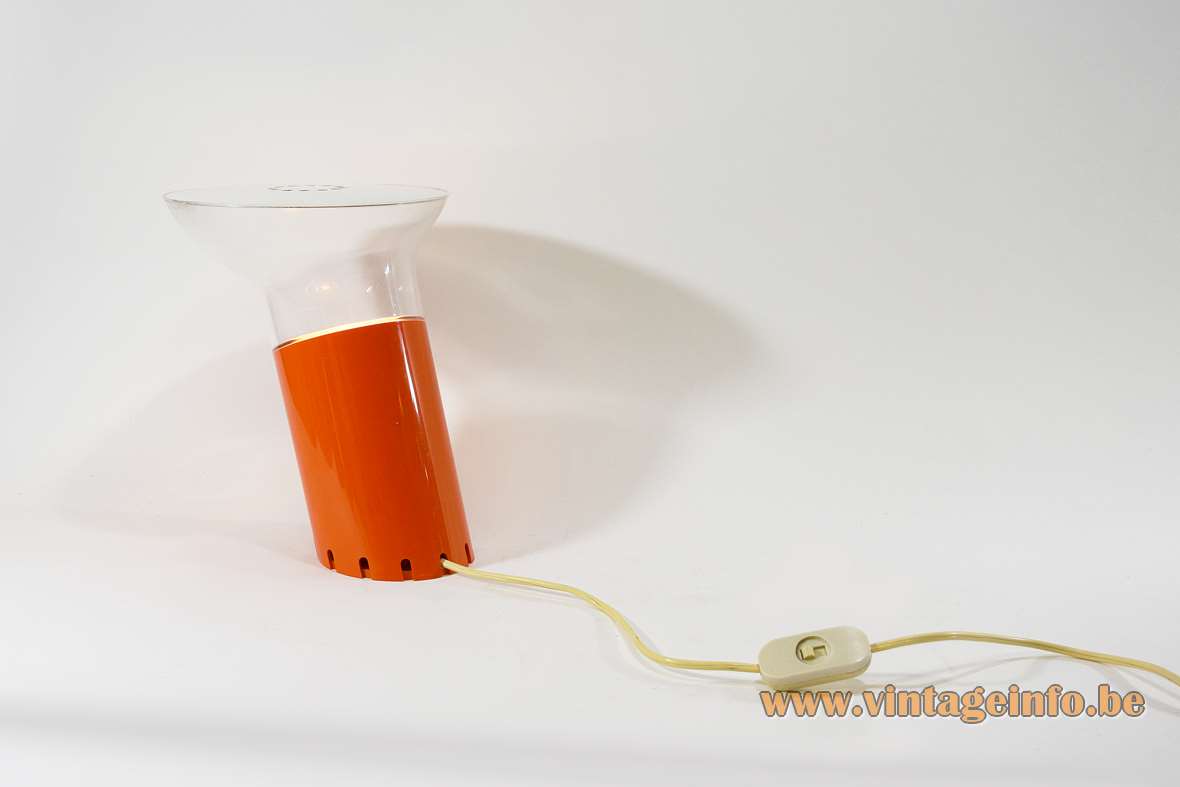 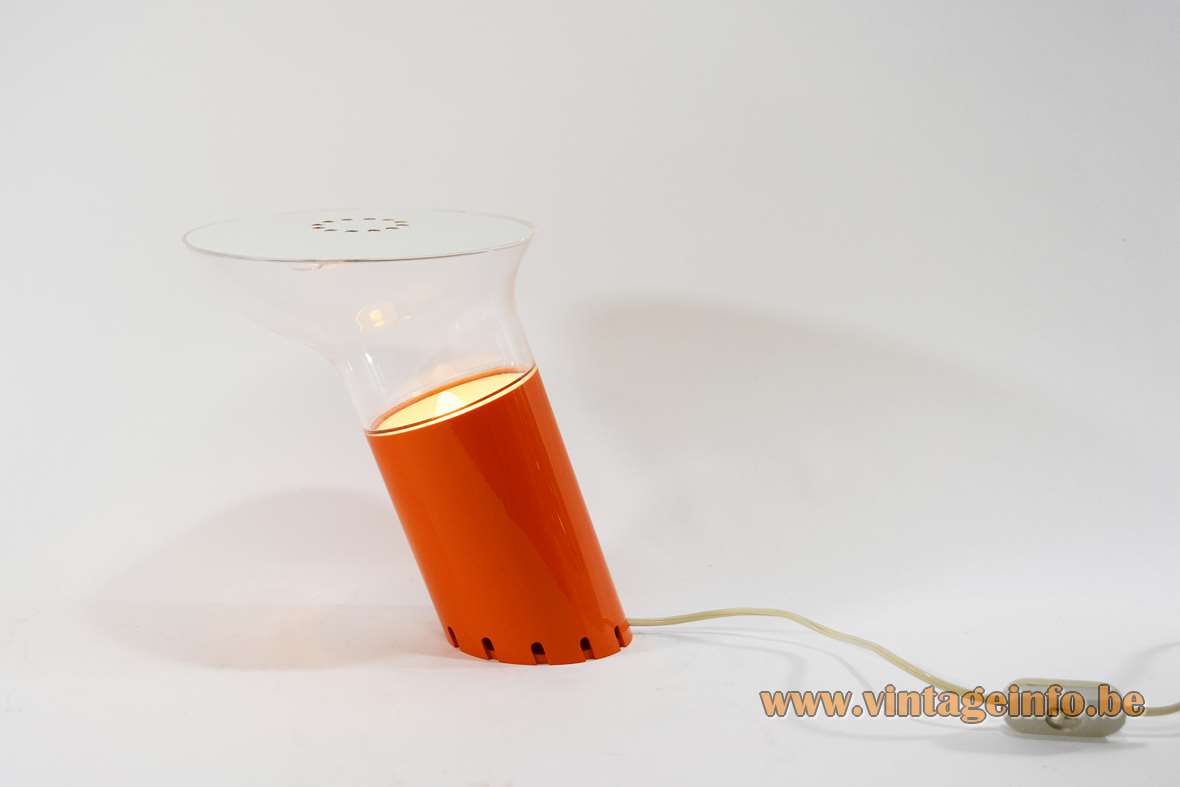 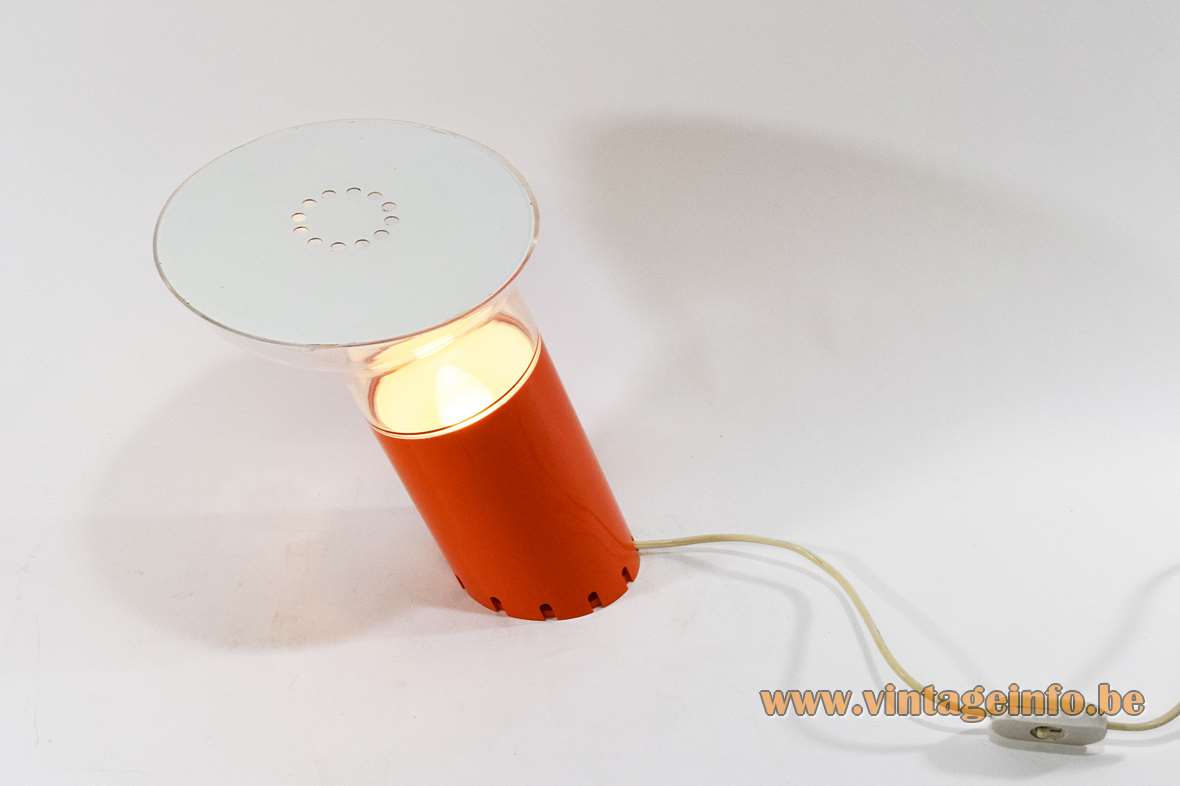 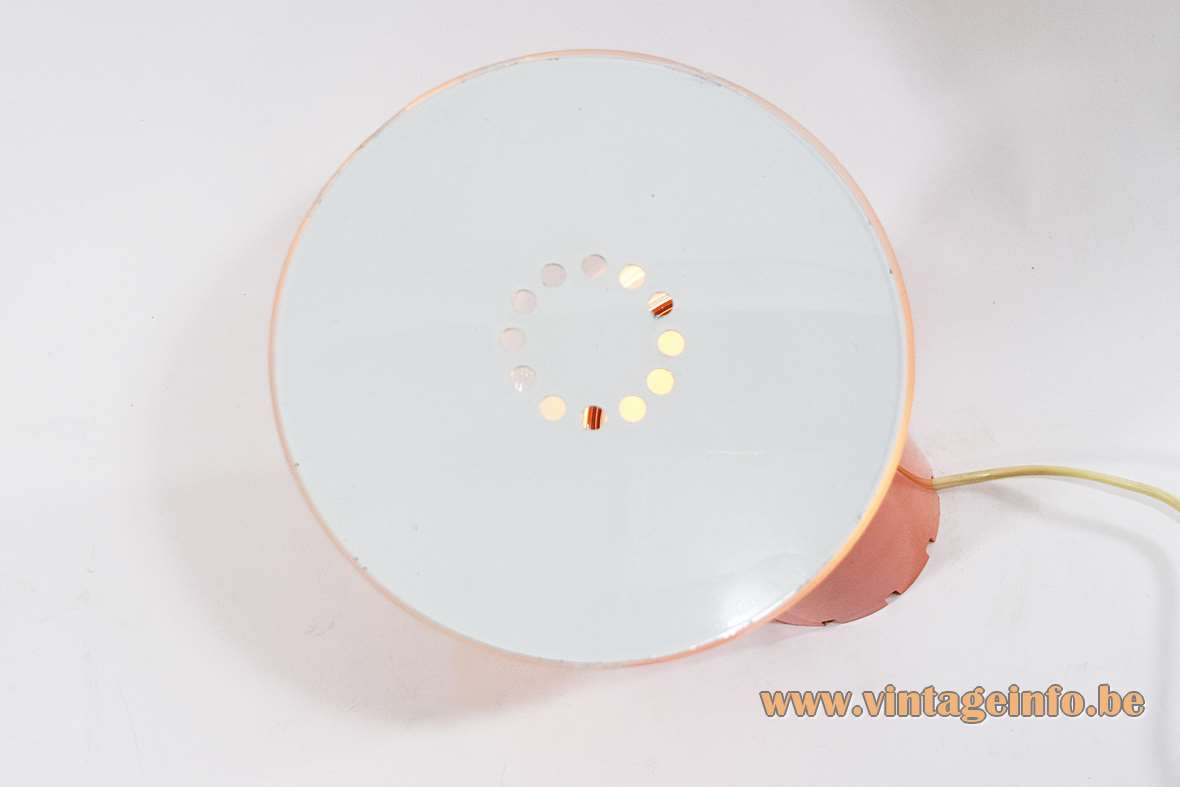 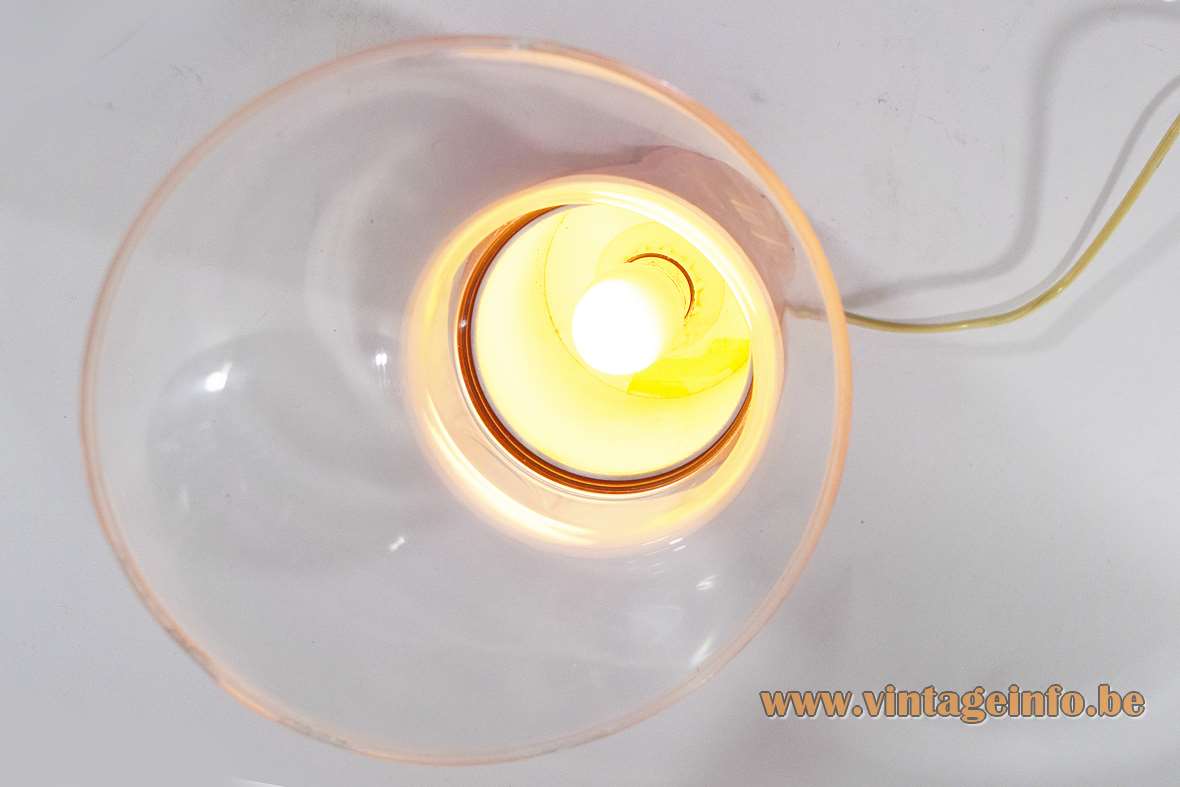 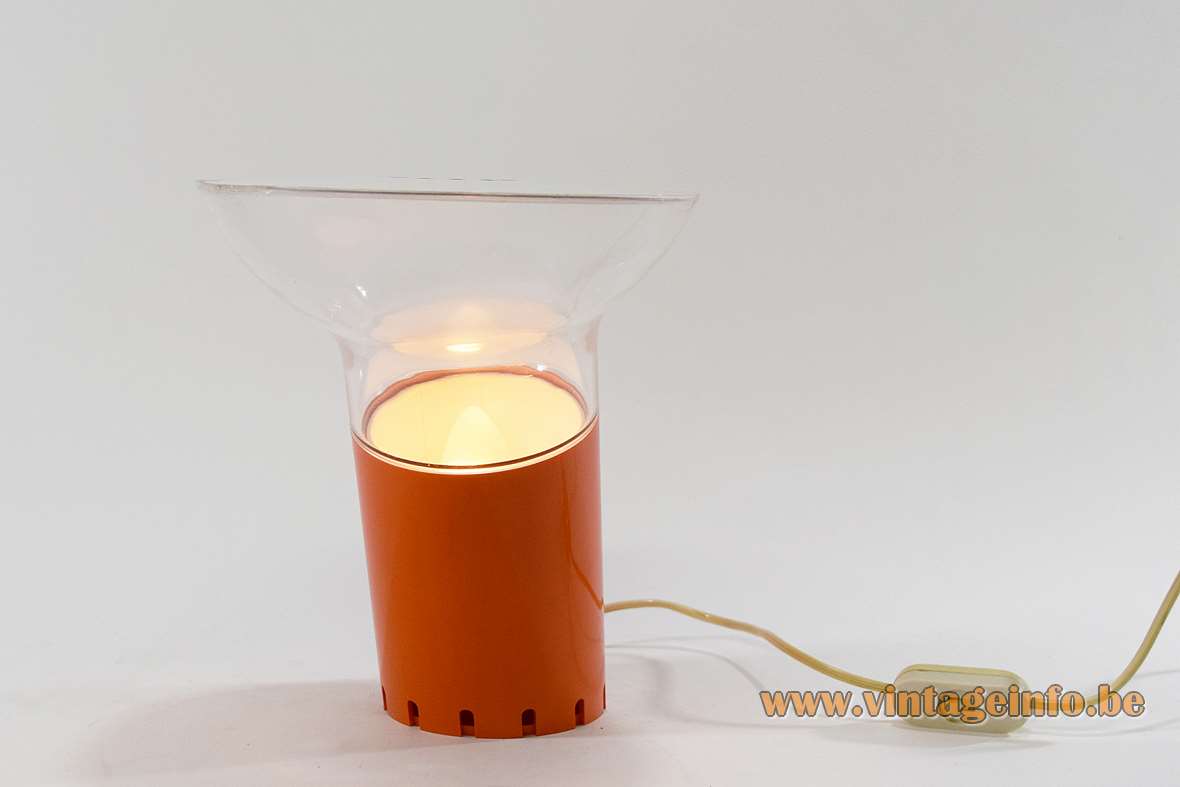 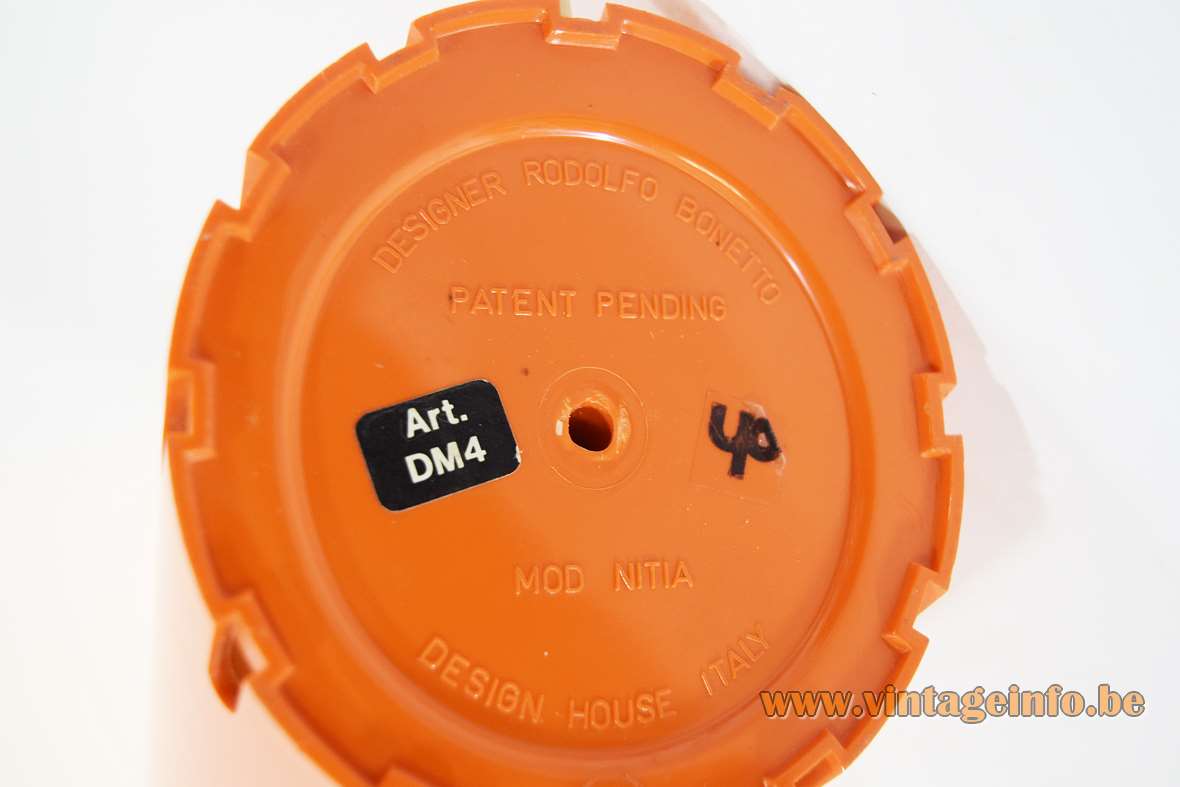 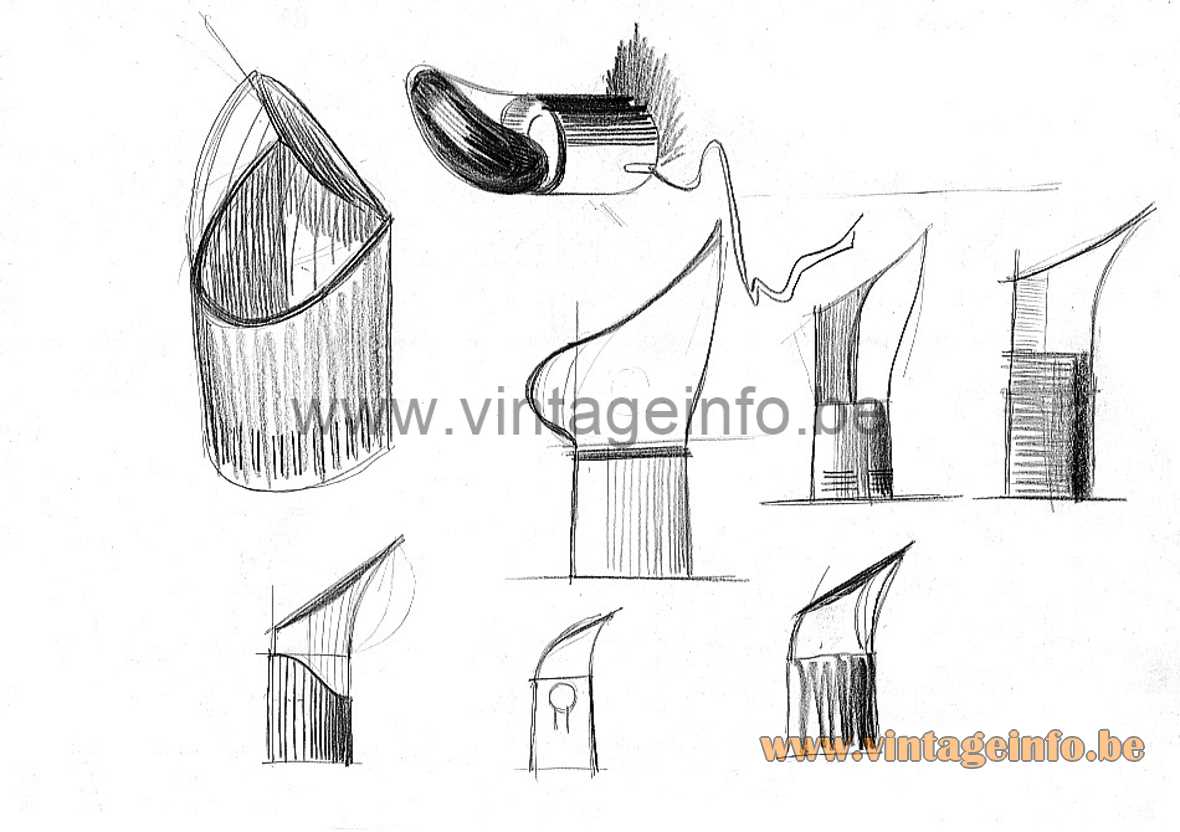 Other versions: The Rodolfo Bonetto Nitia table lamp was also made in black and grey.

Rodolfo Bonetto was born in Milan, Italy in 1929. At first he was a successful jazz drummer with the famous Sestetto Italiano (Italian Sextet), where he played together with Attilio Donadio, Berto Pisano, Giampiero Boneschi, Gianni Basso and Oscar Valdambrini. He also played drums for the Flavio Ambrosetti New Quartet and Giampiero Boneschi E La Sua Orchestra.

Rodolfo Bonetto founded his own company Bonetto Design in 1958. The self-thought artist became one of the great masters of Italian design. He designed furniture, seats, household appliances, telephones, televisions, machines, clocks, too many to mention. And of course lighting.

For Harvey Guzzini/iGuzzini Bonetto designed several lamps since 1967, after he met Raimondo Guzzini. The most well known were designed in the 1980s. Among others: the Ala desk lamp, The Tineka desk lamp, the Ventaglio table and floor lamp and of course this Nitia table lamp.

He was president of the ADI (Associazione per il Disegno Industriale) from 1971 to 1973 and the ICSID (International Council of Societies of Industrial Design) from 1979 to 1981. He received 8 Gold Compasses awards, the last of which to his professional career.

In 1984, Rodolfo Bonetto began to teach the business to his son Marco, who soon joined him as an assistant. In 1991 Marco took over the management after his father died.

“Design is like a butterfly in your hands, Rodolfo often used to say, if you hold it too much it dies, if you let it go it flies away”.

The Nitia table lamp was released under the Design House label. It was used for a short time by Harvey Guzzini in the late 1960s, early 1970s.  Also a store was opened in 1969 in the center of Milan under the name Harvey Guzzini-DH. 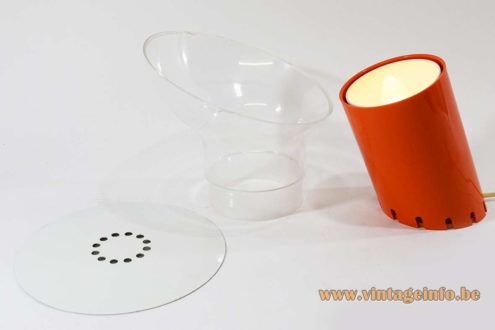 History of the Bonetto company

Many thanks to ilgiove for the photos and the enthusiasm.

Logo used between 1965 and 1977.  This logo was designed by Luigi Massoni.
The architect Massoni was invited to work with Harvey as the company’s art director, a move that gave further impetus to the idea of collaborating with designers.
Between 1967 and 1971, Ennio Lucini designed the catalogue for the DH (Design House) brand, under which lamps for home lighting were marketed.