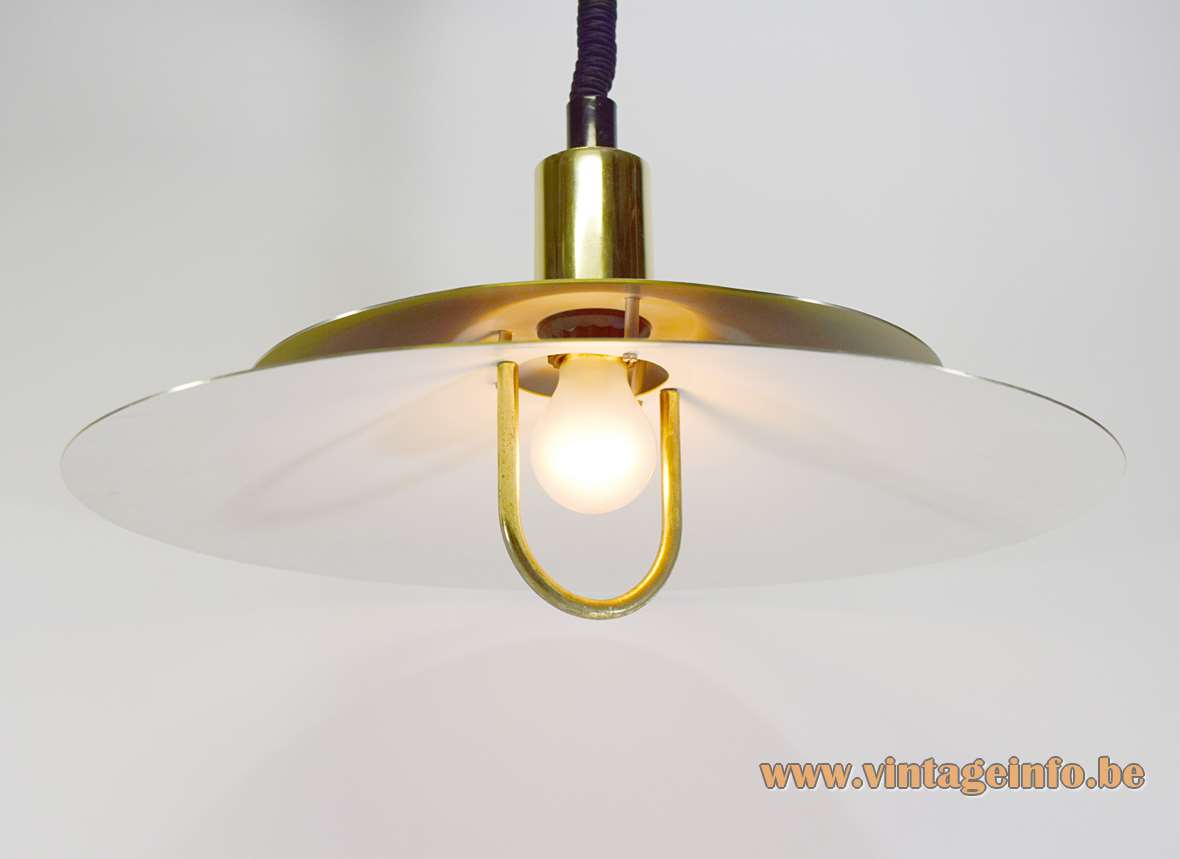 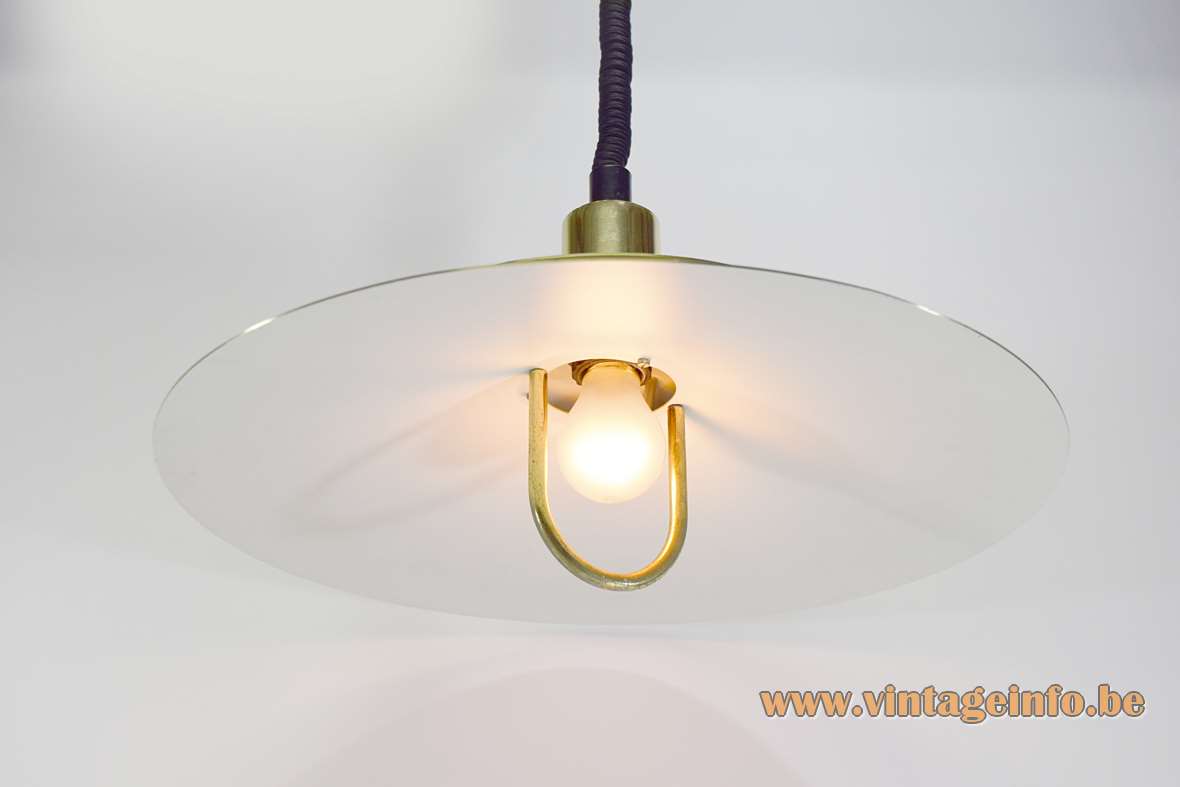 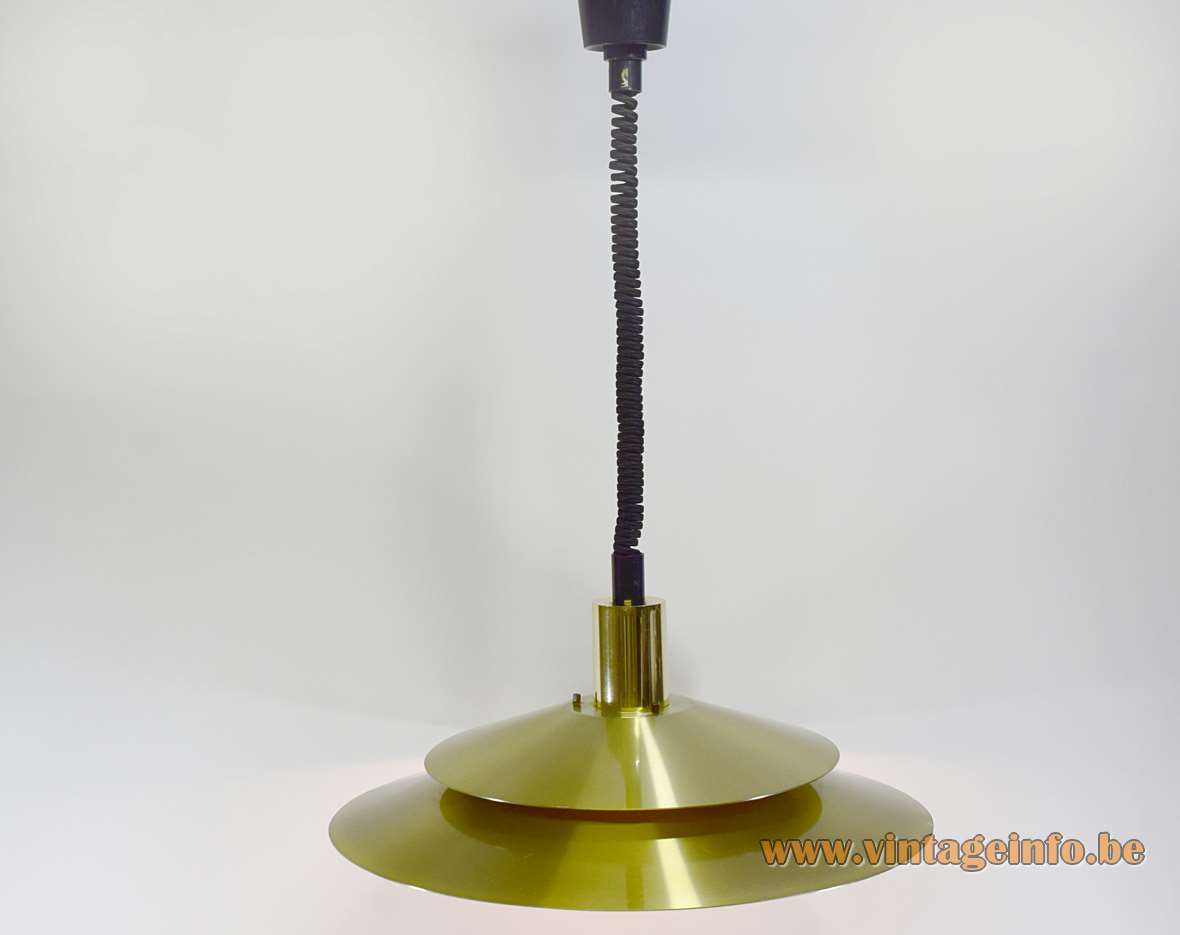 Other companies such as Nordisk Solar and many others, made similar lamps.

The rise & fall mechanism of this Scandinavian aluminium pendant lamp or hanging lamp is made by the Italian Rolly company and has no date on it. This tells us that it’s been made in the late 70’s or later. The older Rolly mechanism’s all have a date moulded in it. 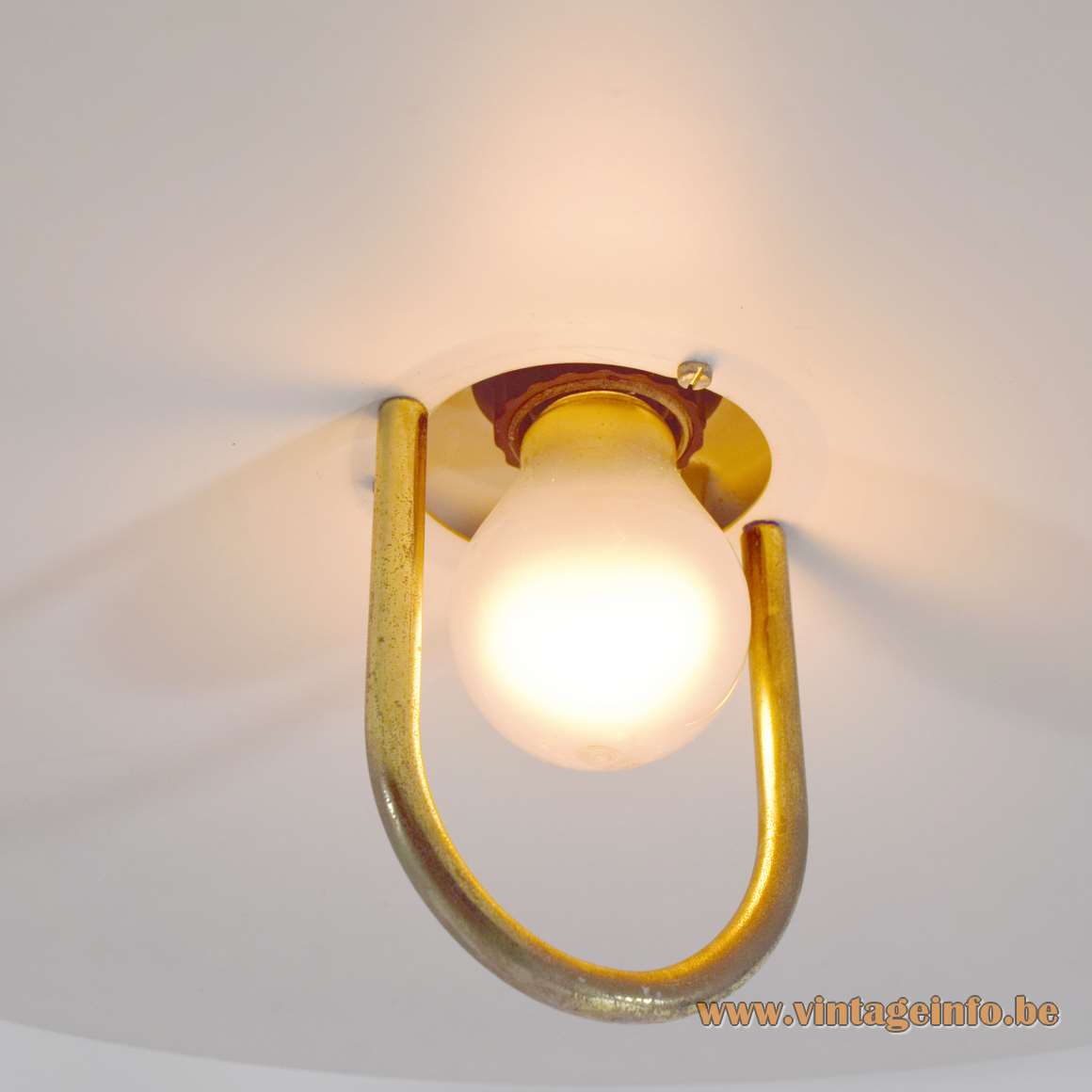 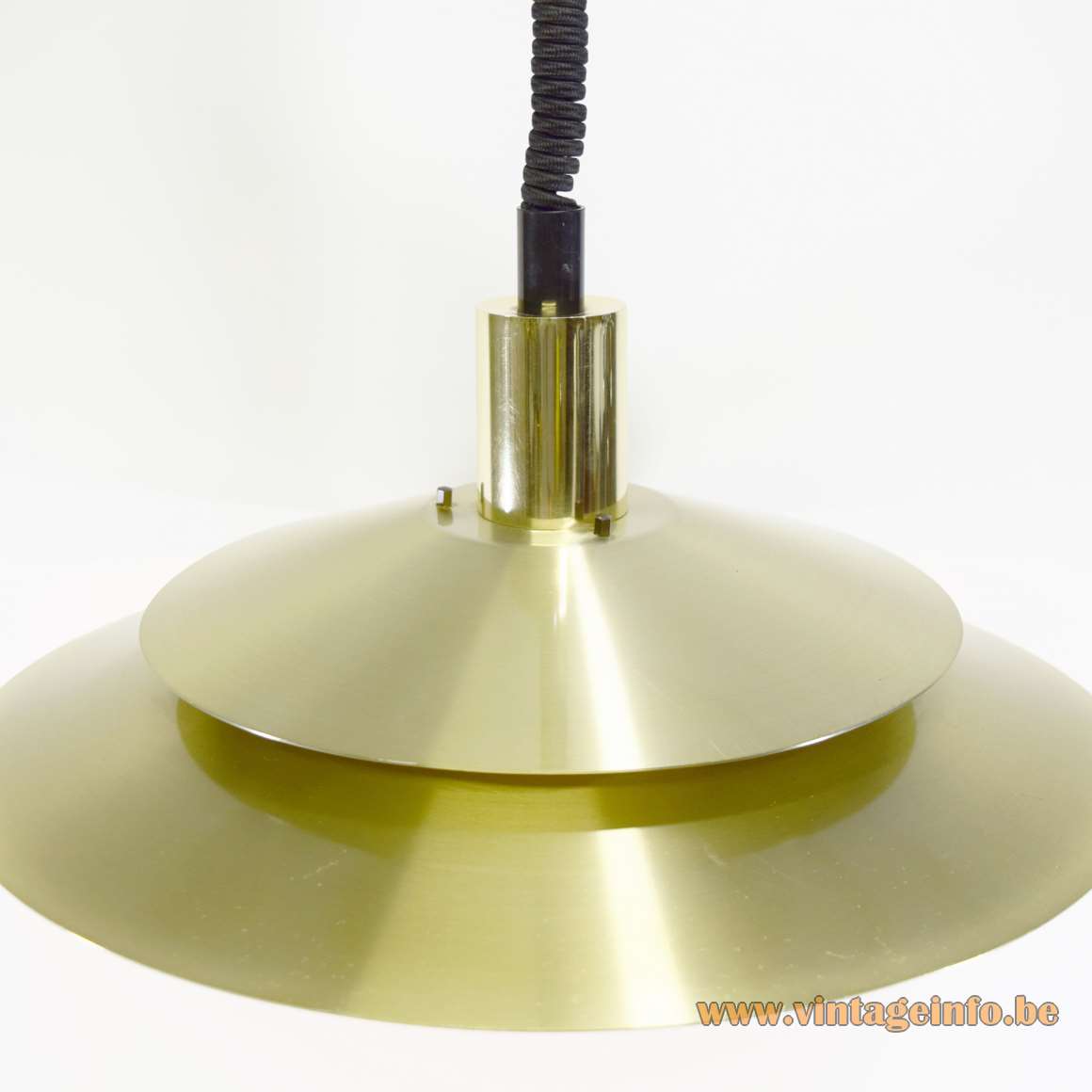 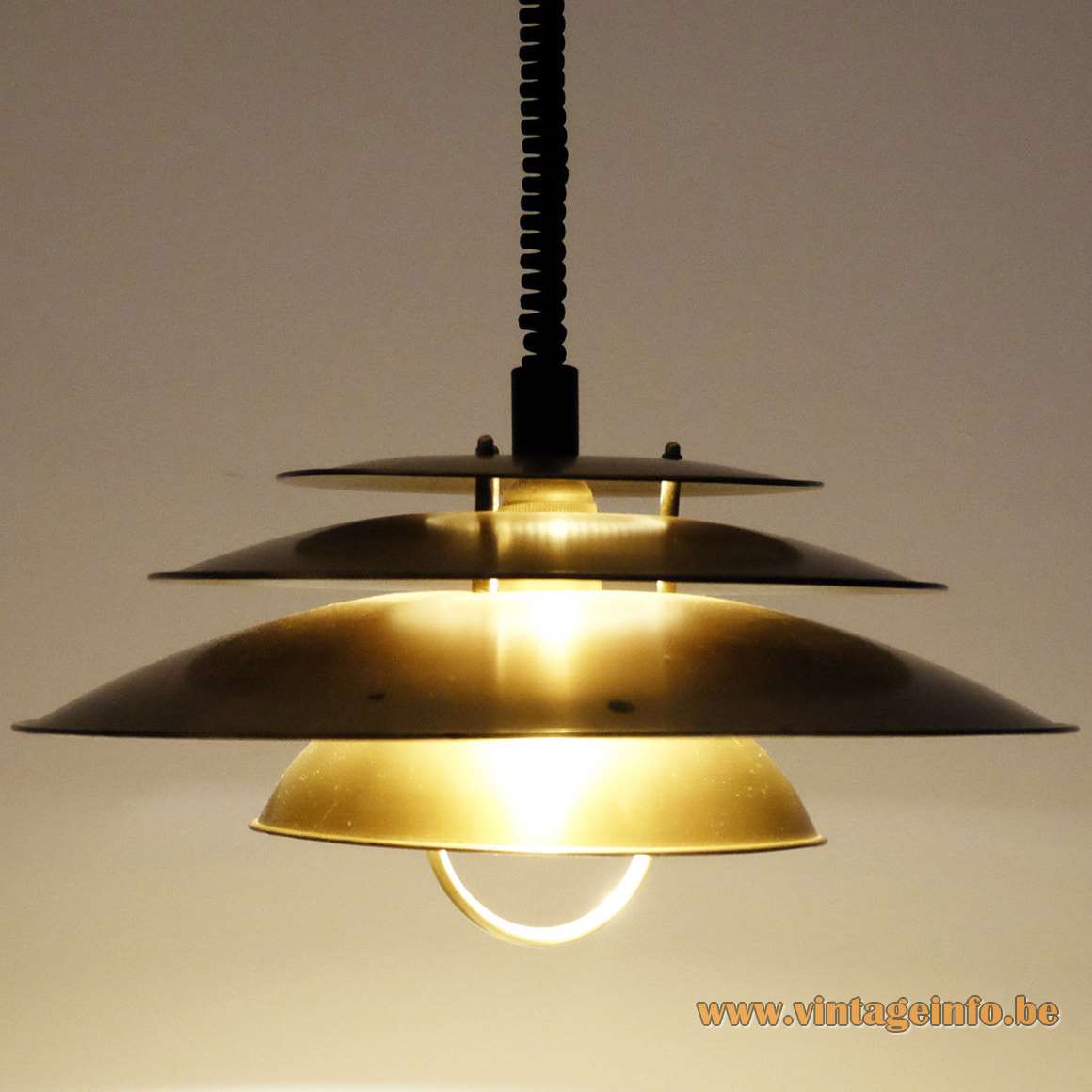