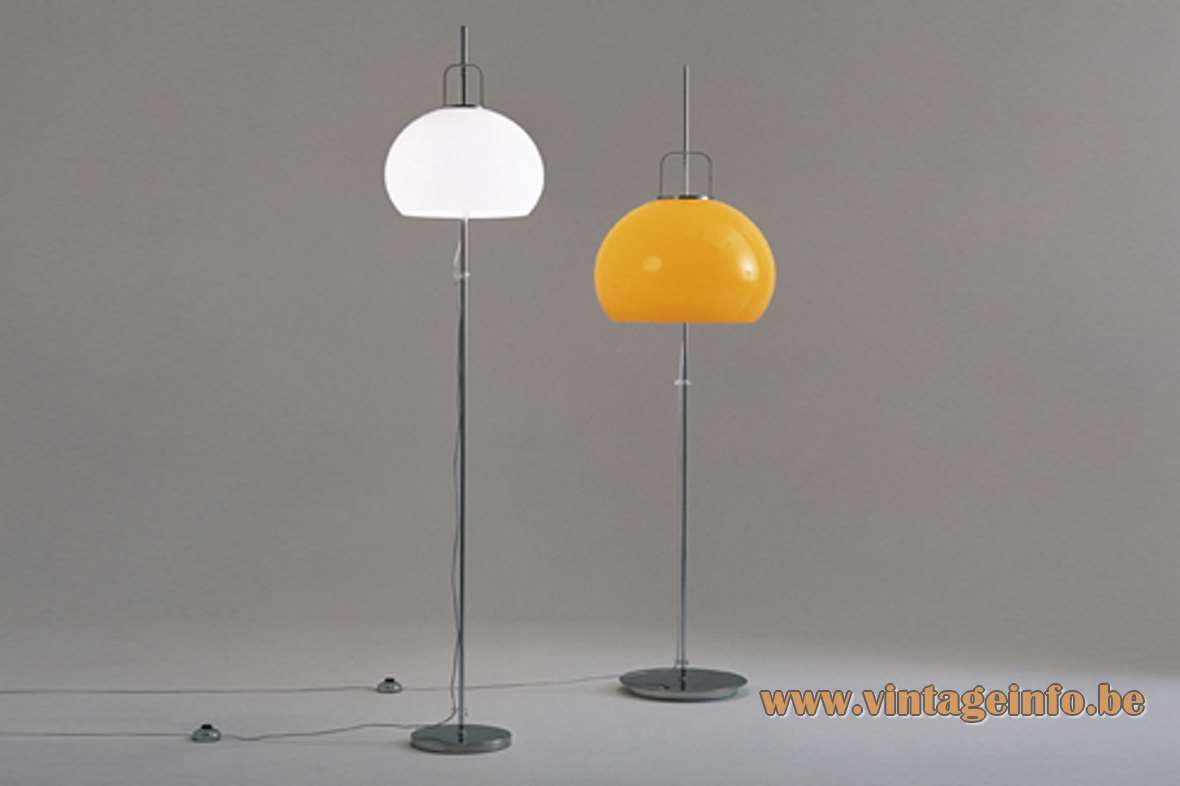 This lamp is almost a copy of the Lucerna floor lamp made by Harvey Guzzini since 1966 and designed by the internal design team Ufficio tecnico interno. The Lucerna was produced until 1977.

The Lucerna floor lamp was made in two versions and many colours. Also a pendant lamp and table lamp were made. Several other lamps with the same base and lampshades with this bow on top exists, but they all have a different name.

The Belgian Massive company is notorious for the copies of lamps they produced. This is a good example with some slight differences, as you can see.

Also the German Brilliant Leuchten made their version of this floor lamp. It has chrome tubes on top instead of slats and a flat base with a rounded edge. Another Belgian company, Geve, produced a floor lamp with also a chrome rim below.

All the electric parts of this lamp were made in the 1970s by VLM Components from Buccinasco, near Milan in Italy. The company is famous for the switches designed by Achille Castiglioni.