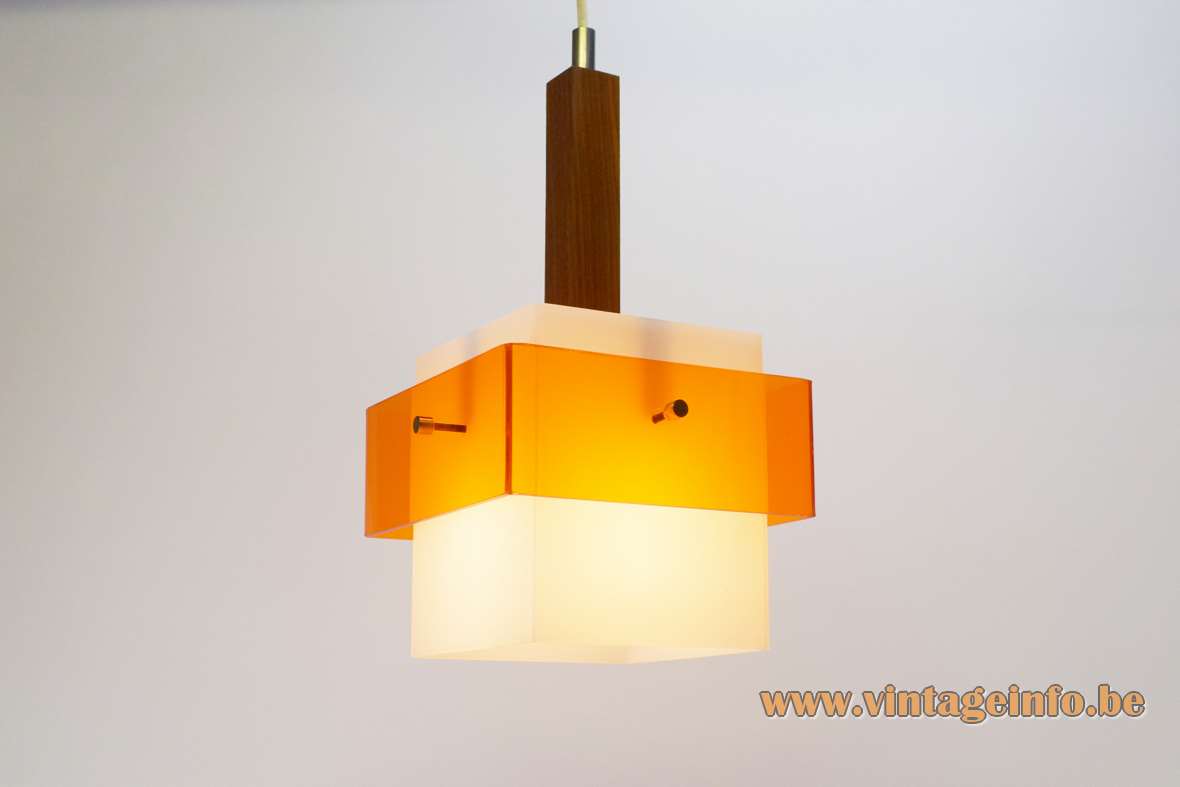 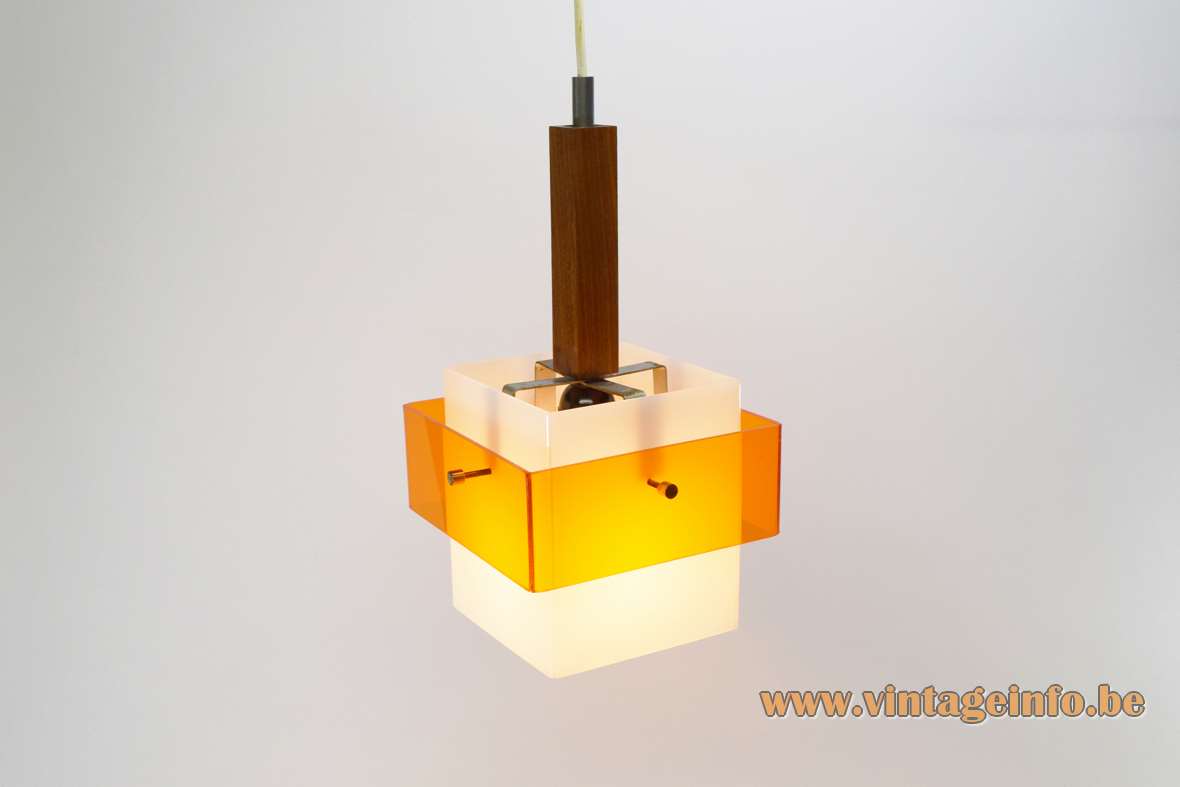 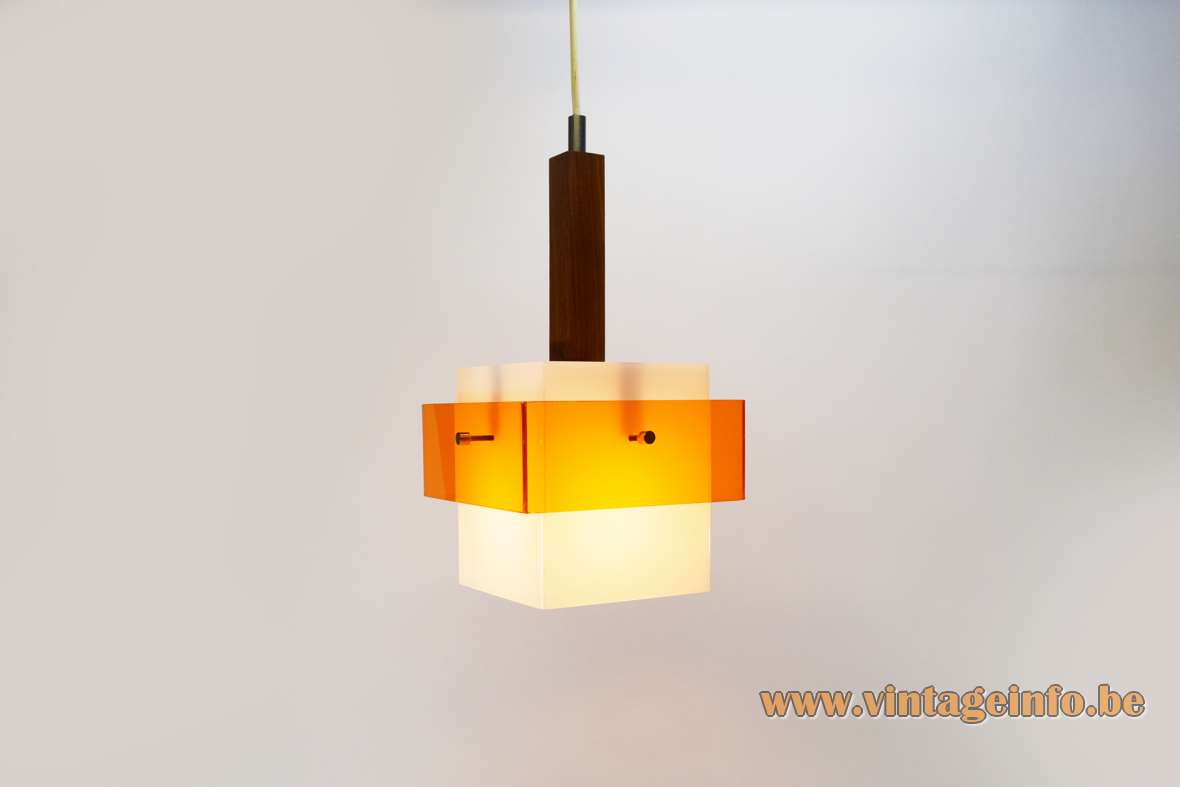 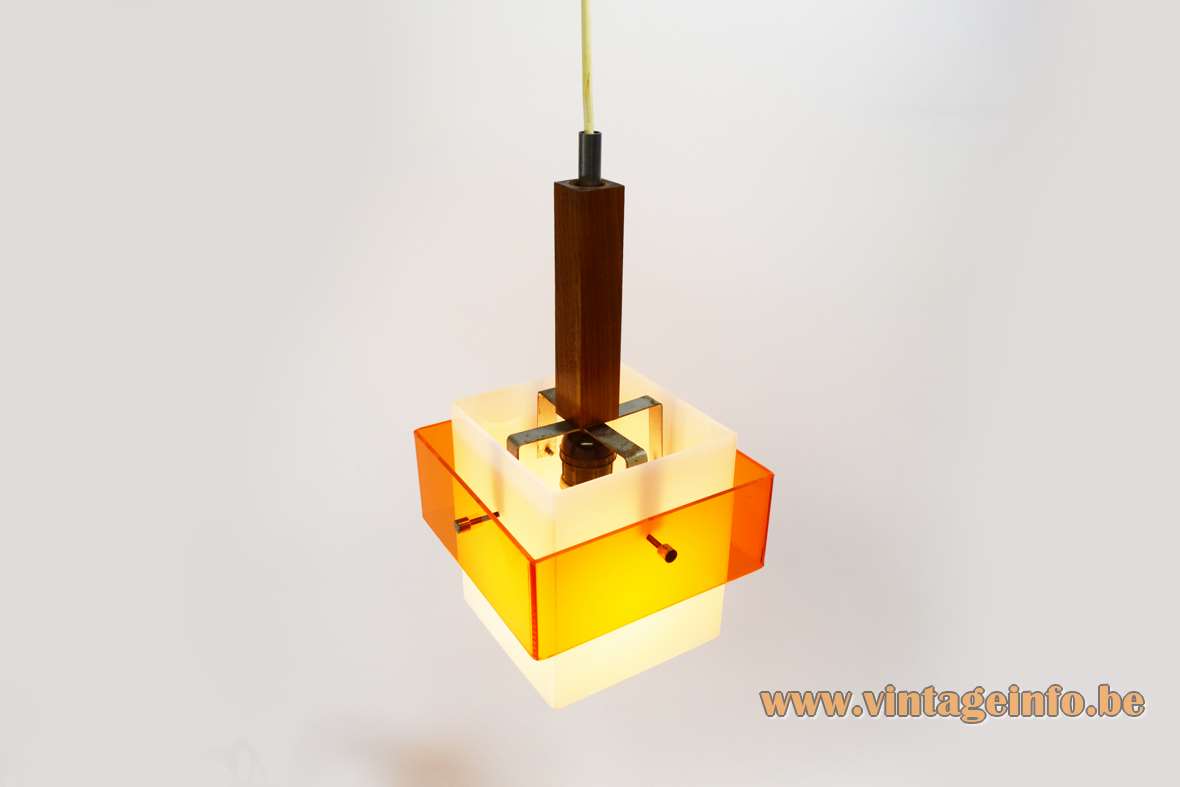 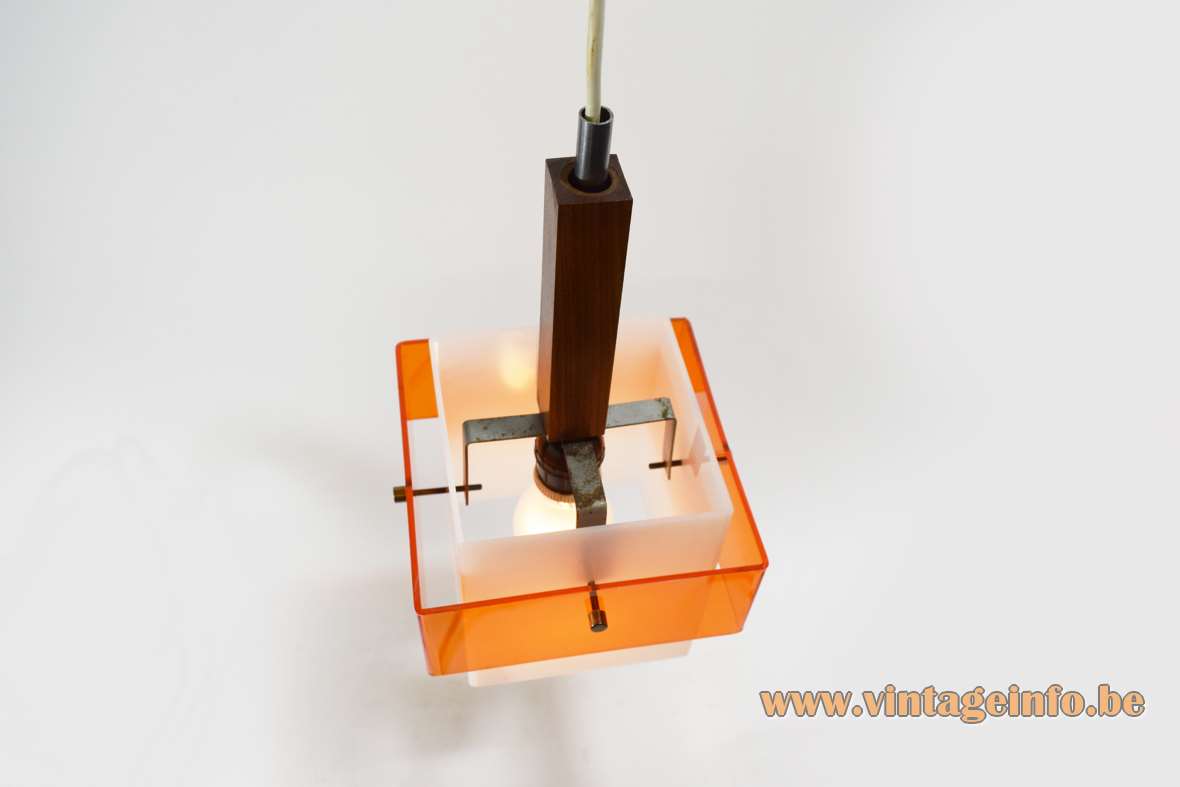 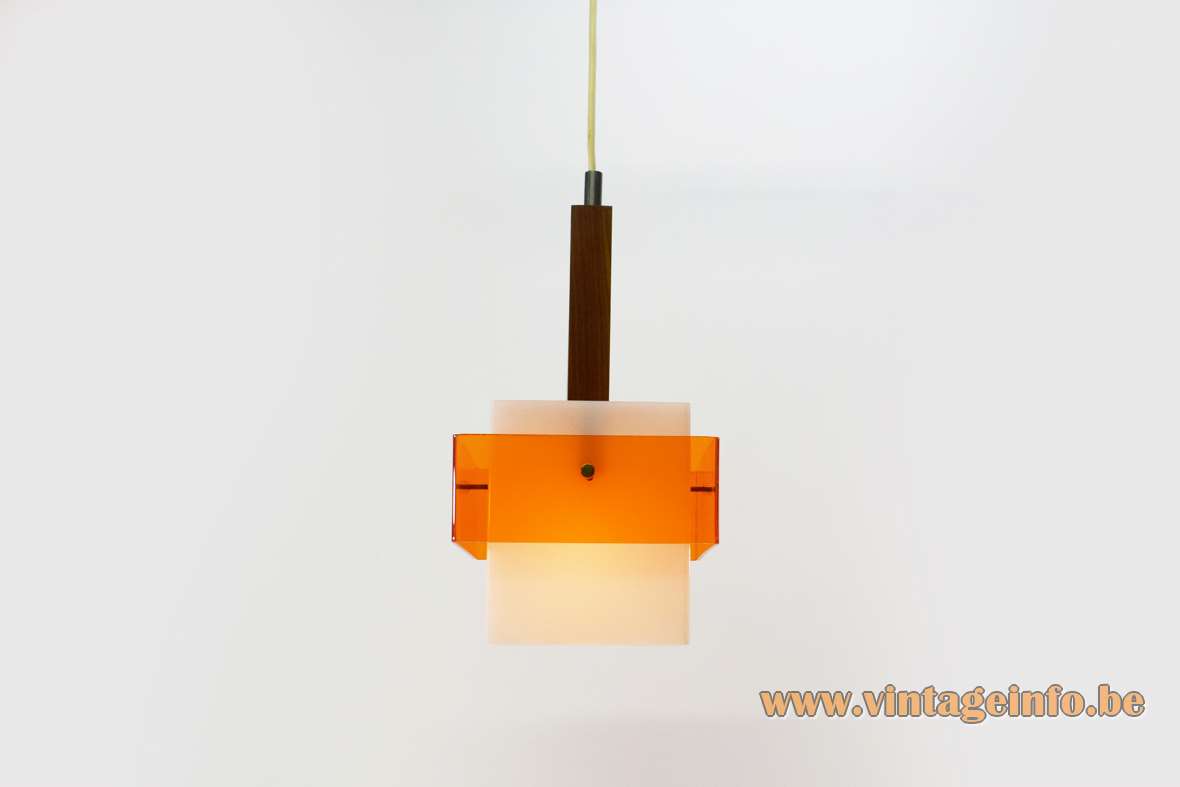 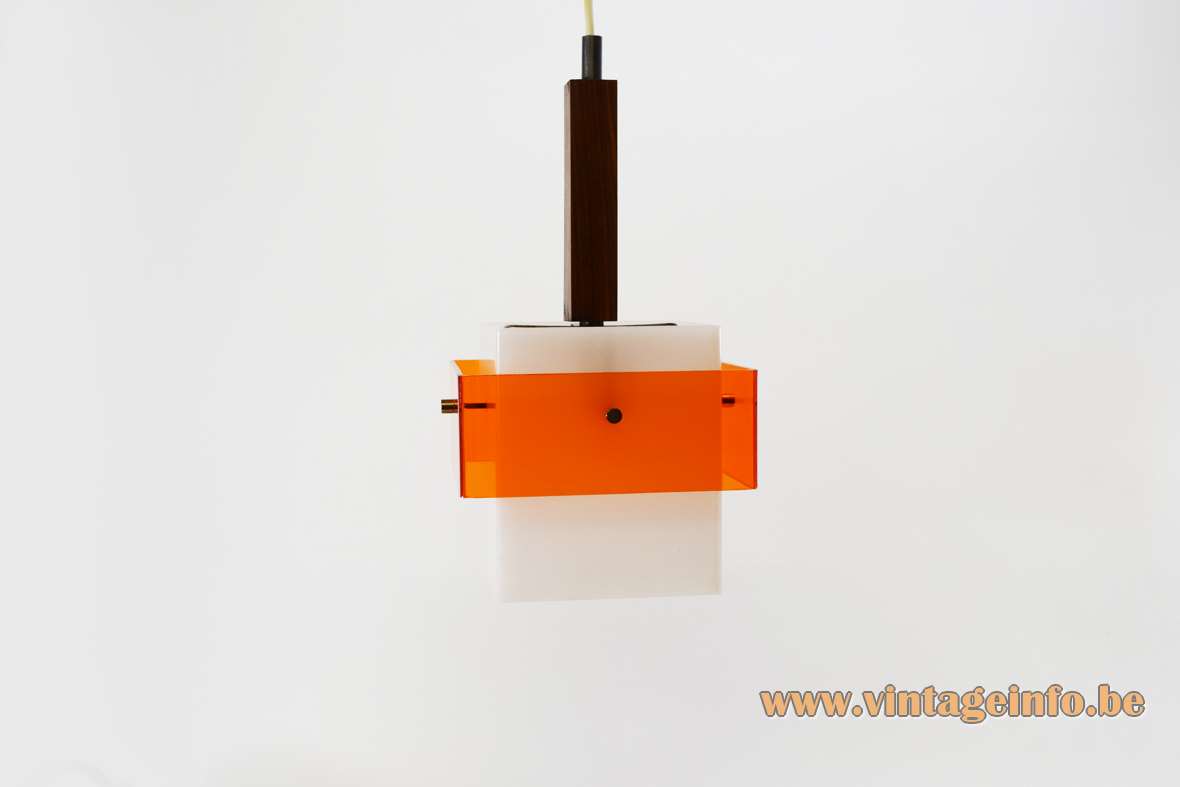 Green version with a chrome tube

Other versions: This geometric Harvey Creazioni Marconi pendant lamp was made in several sizes and colours. Later versions have a chrome tube in stead of teak beam.

This lamp is one of the first designs by Luigi Massoni. It was also sold by MEBLO. They named it Bled.

Stilux made a very similar lamp, but the white diffuser is made of glass.

Luigi Massoni was born in Milan, Italy on January 22, 1930 and was a architect and designer. For some thirty years, he has also worked as a freelance journalist and editor. He lived in Recanati, near Milan were he passed away in 2013.