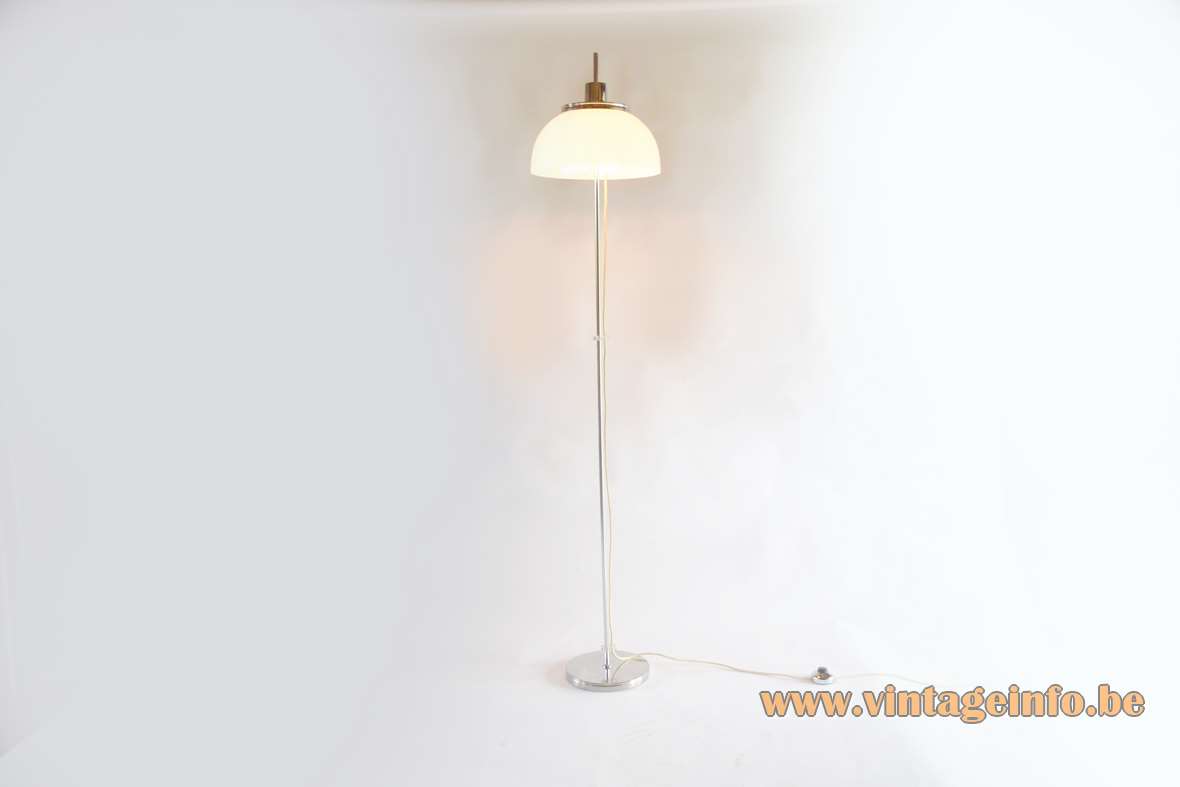 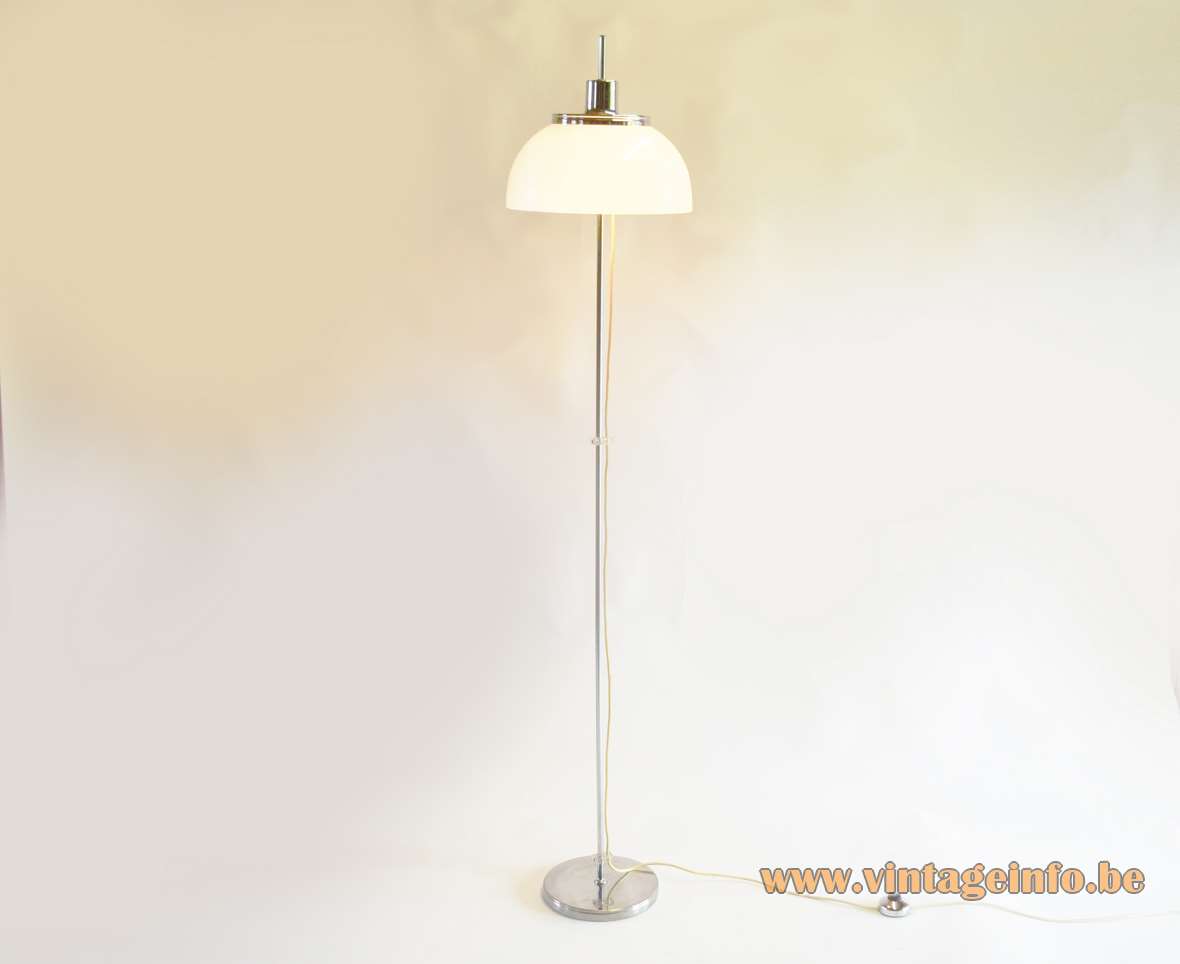 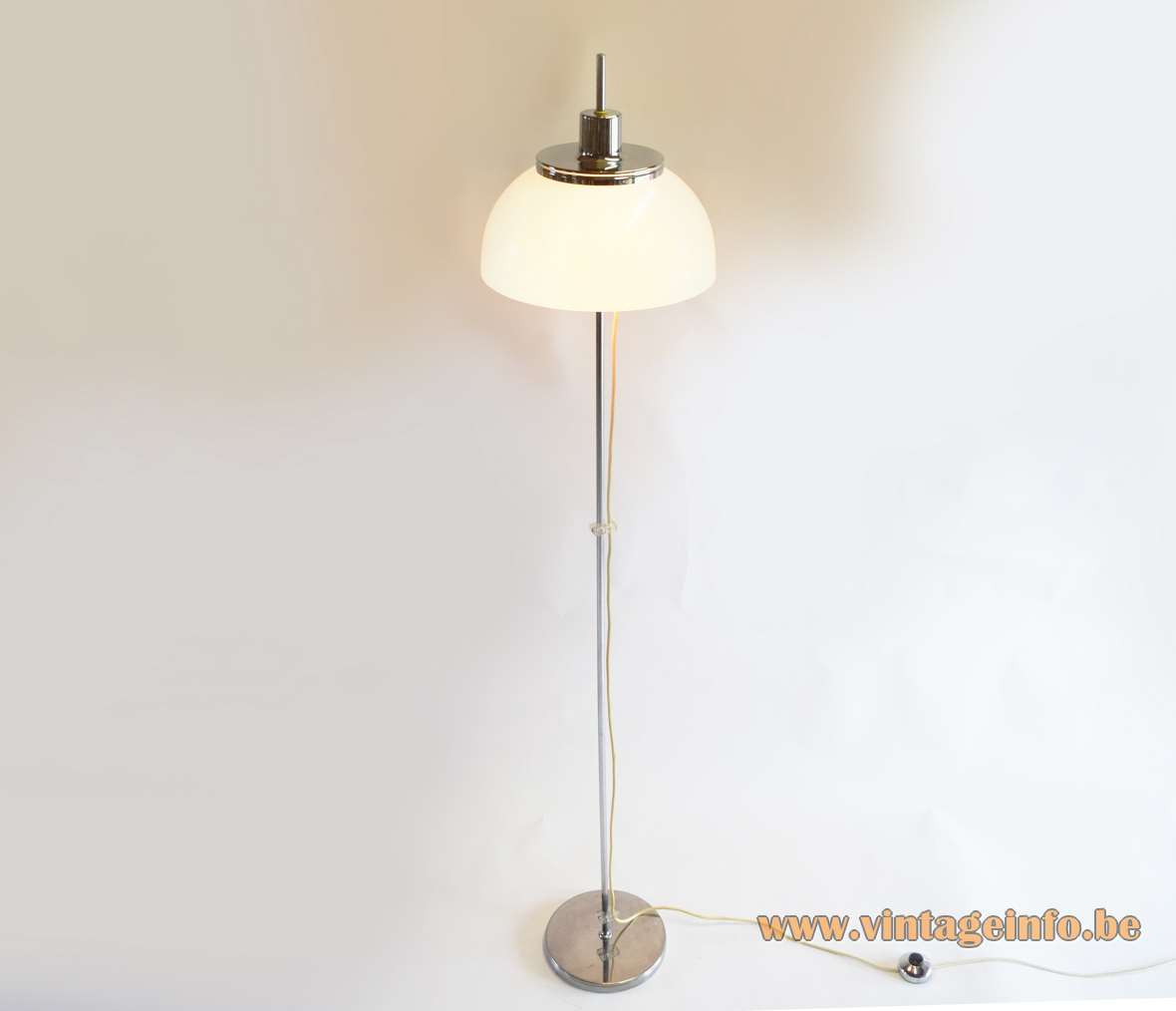 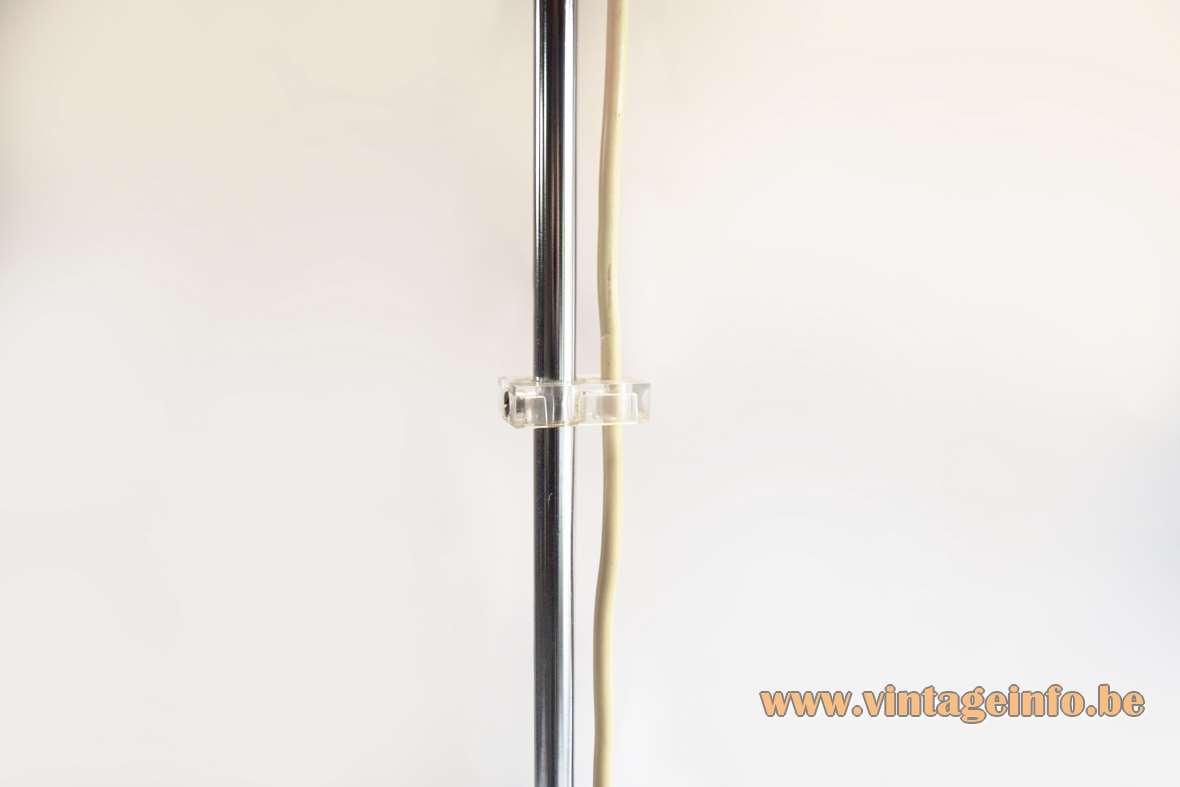 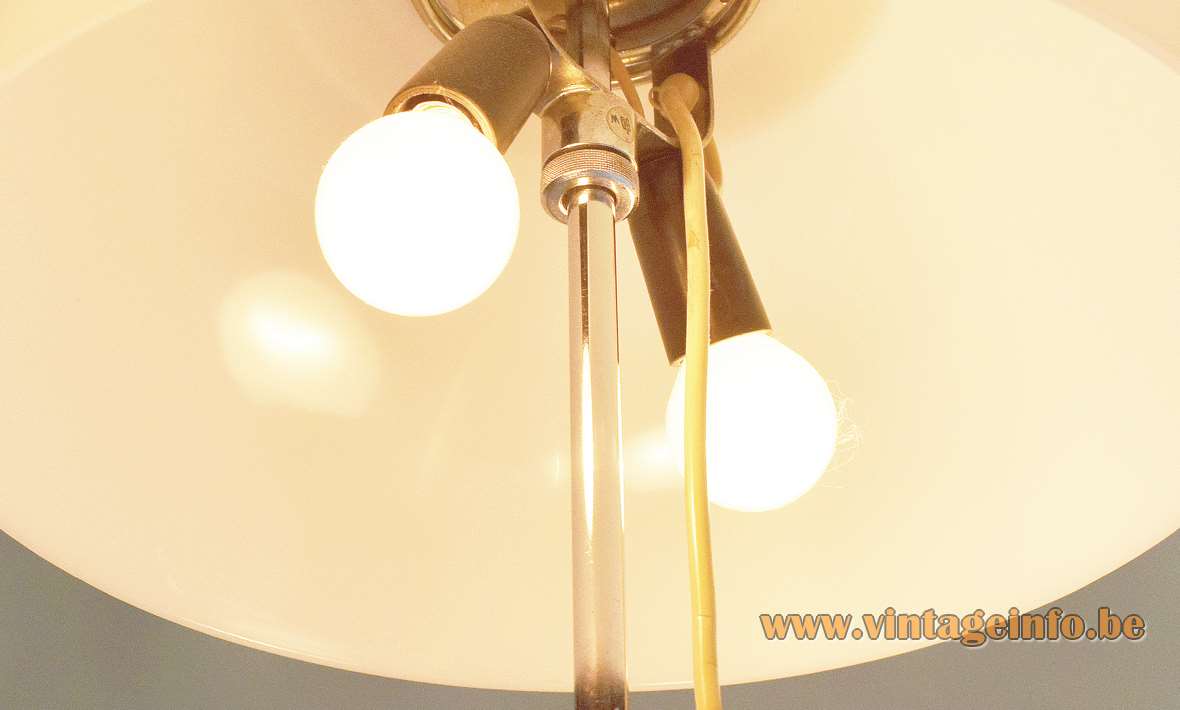 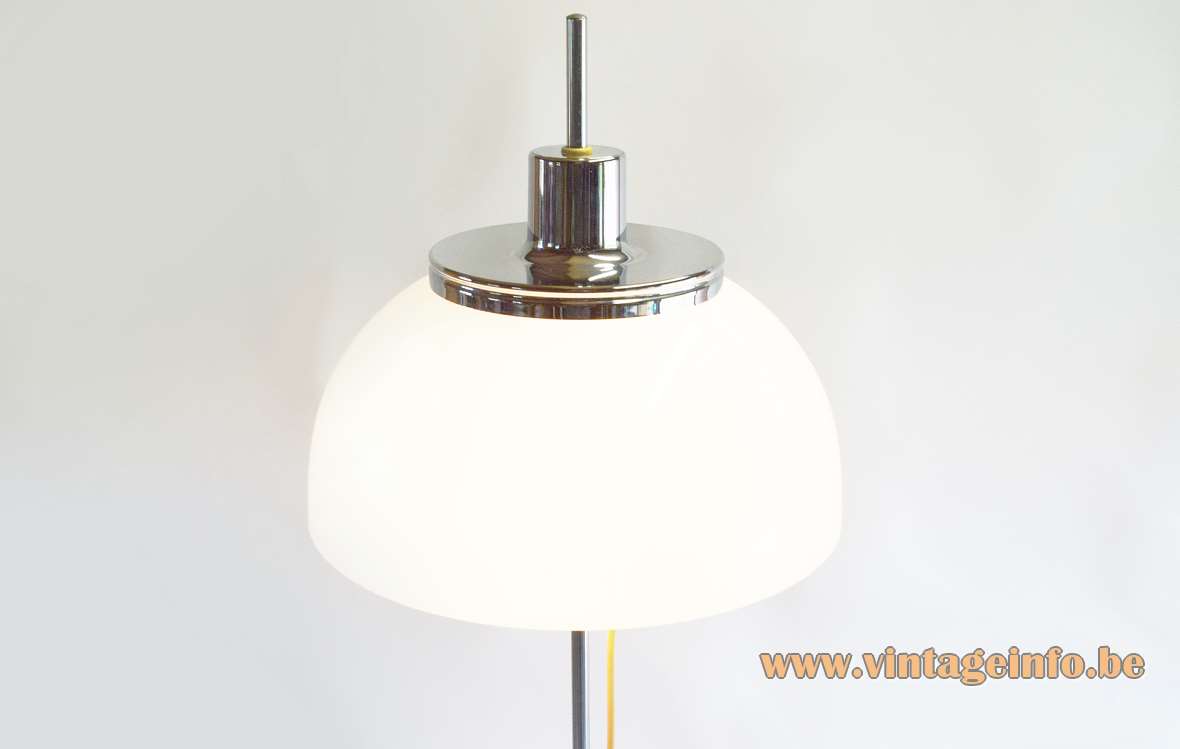 Other versions: The Harvey Guzzini Faro floor lamp was also made as a pendant lamp with or without a rise & fall mechanism and made as a table lamp. Produced in red, orange, white, green, transparent brown…