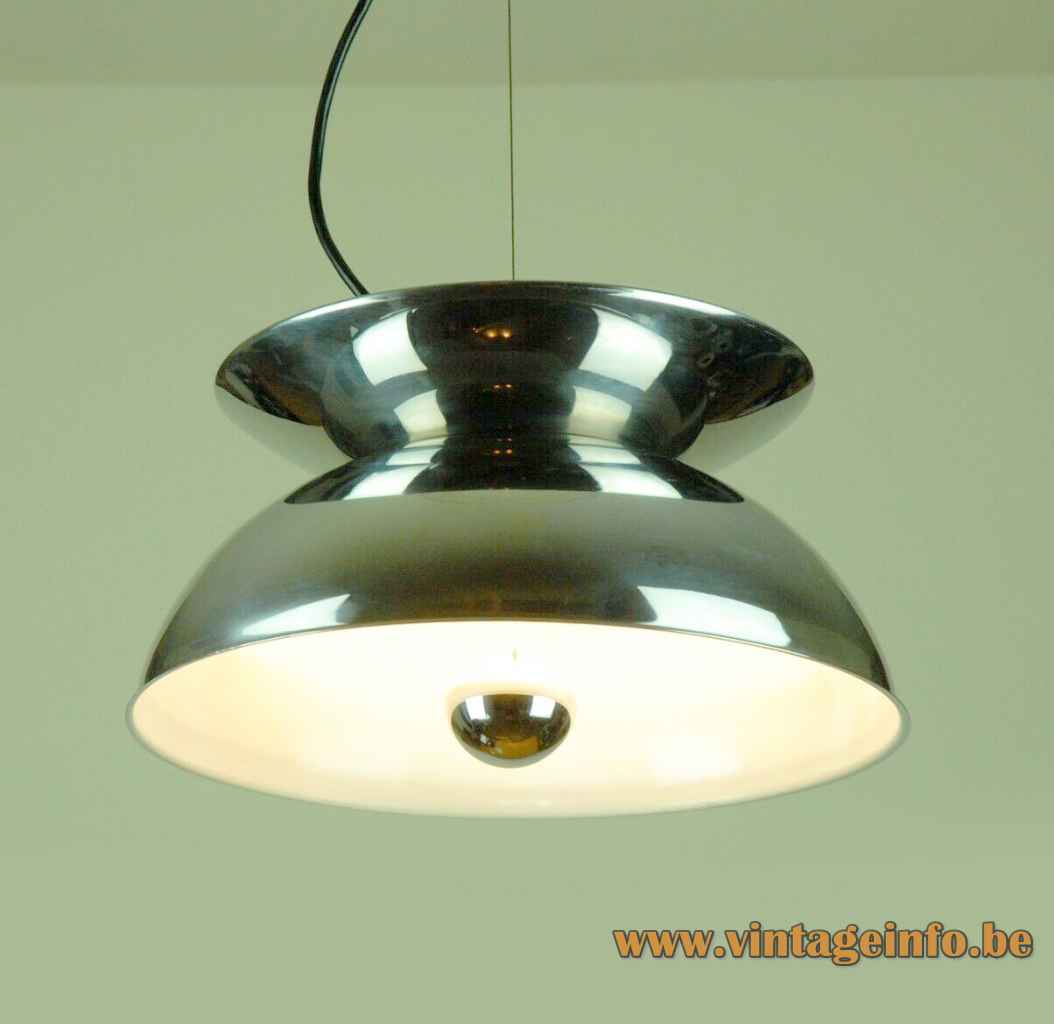 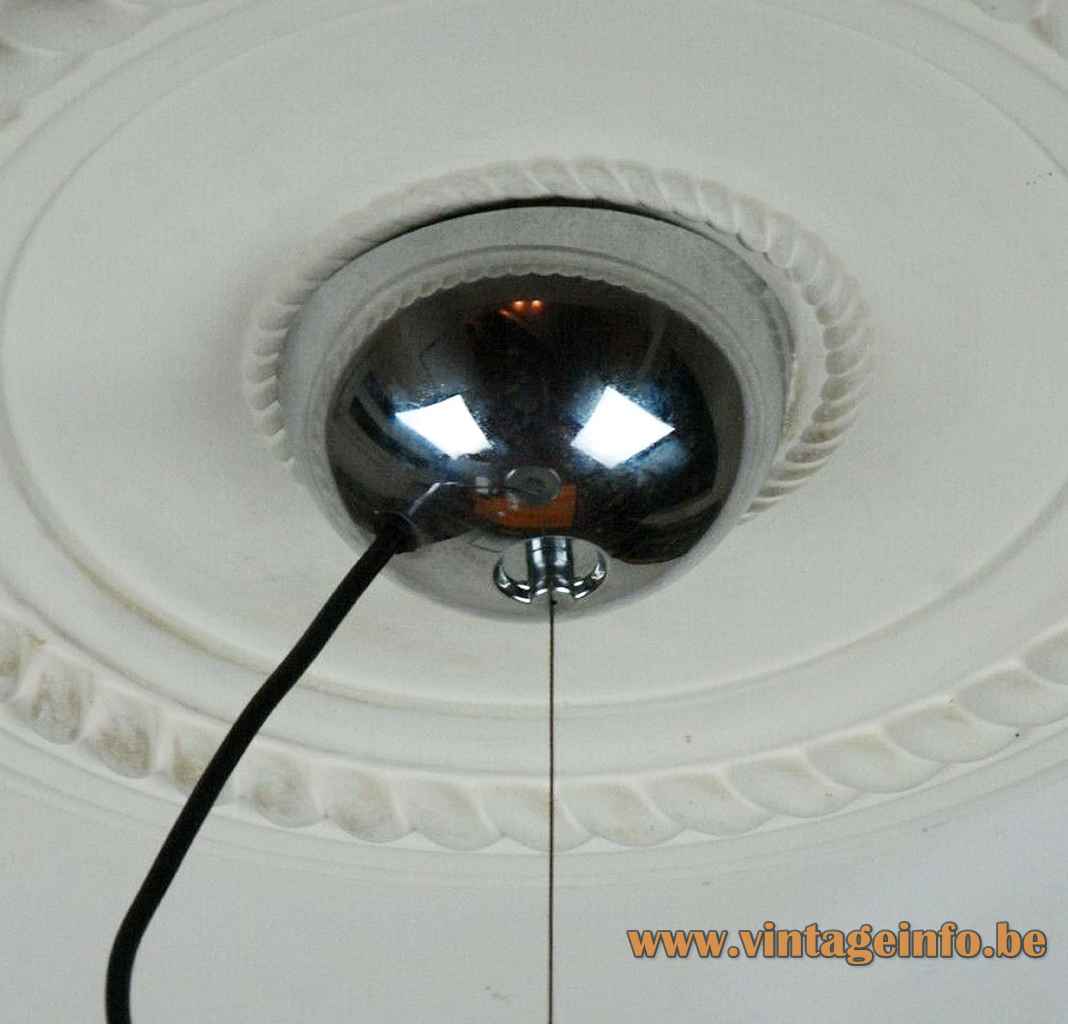 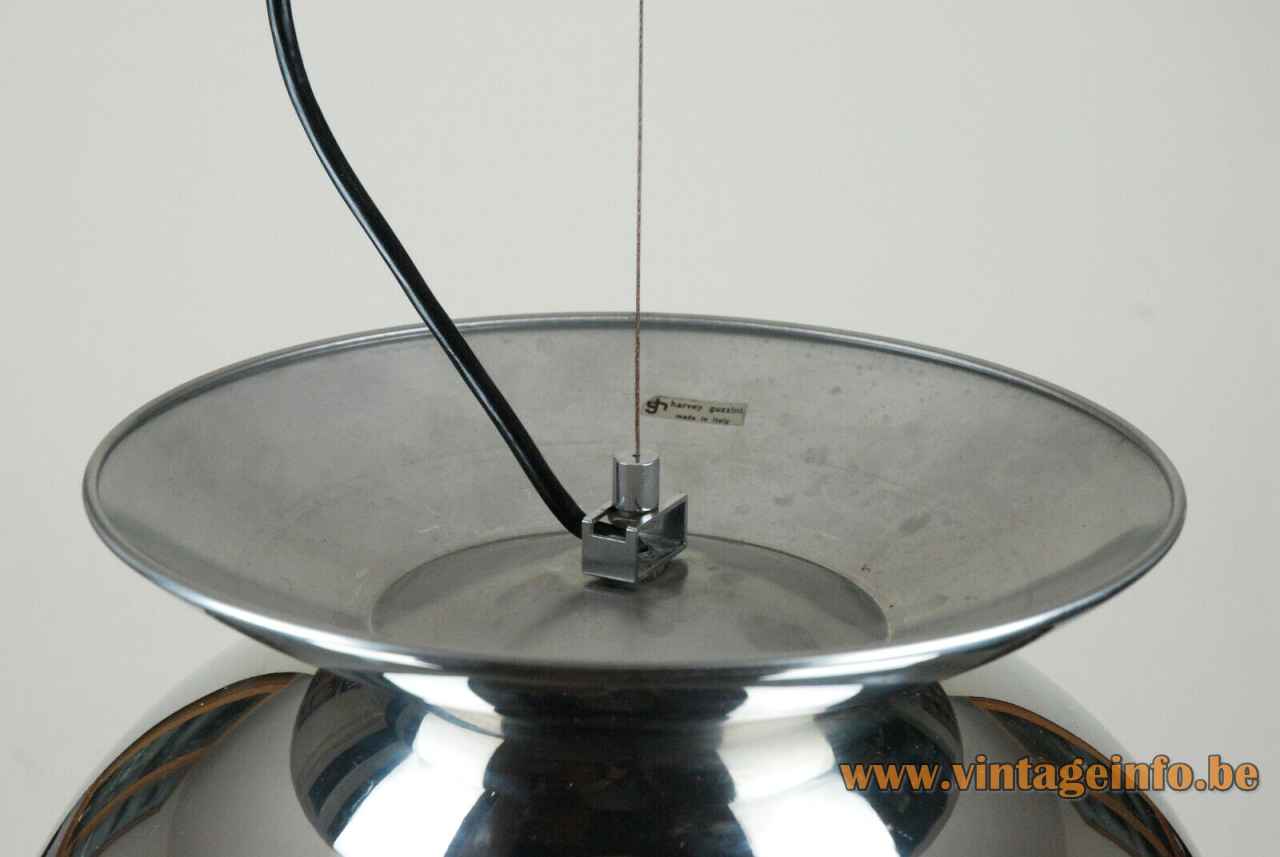 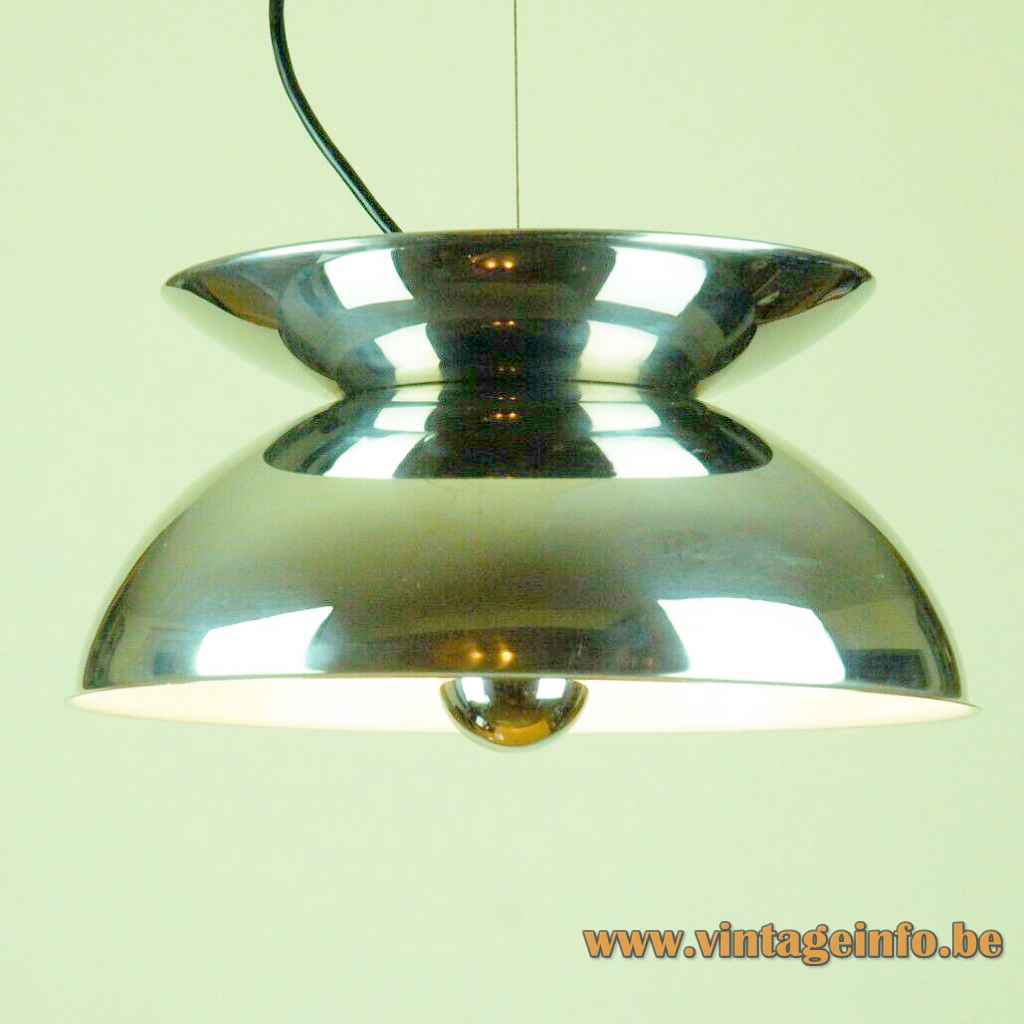 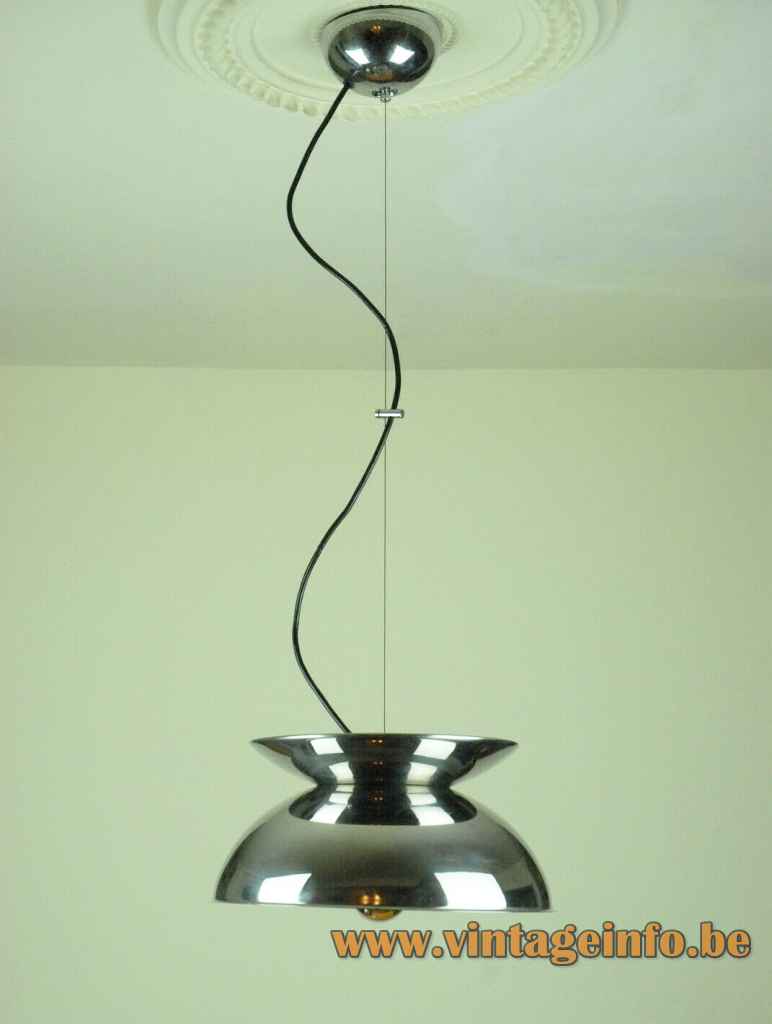 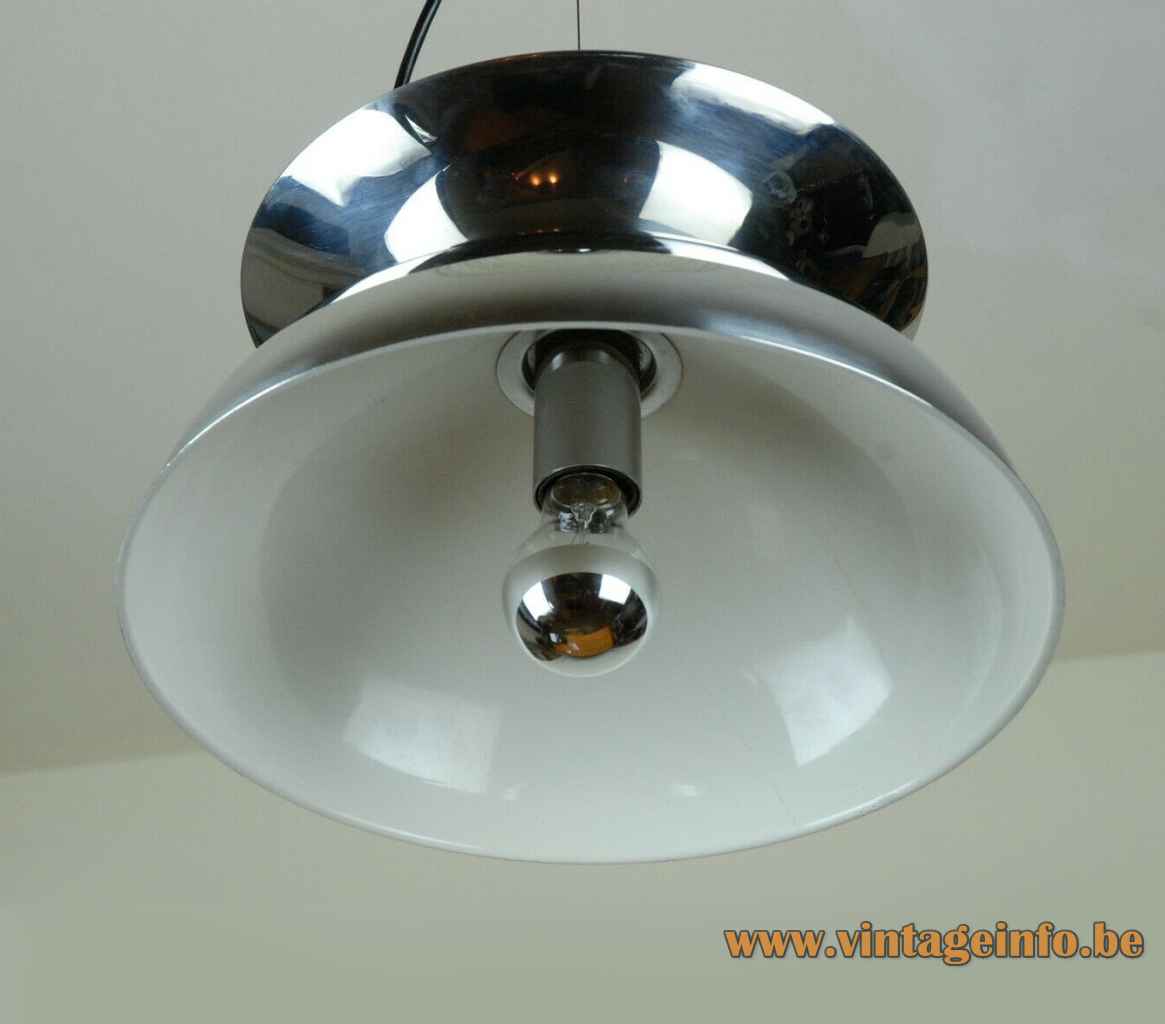 Other versions: The Harvey Guzzini Concentrica pendant lamp exists in several colours.  Made in red, yellow, green and stainless steel. Model number: 3001. Made from 1968 until 1976.

This lamp is designed in the style of the Cetra pendant lamp by Vico Magistretti from 1964 and made by Artemide.