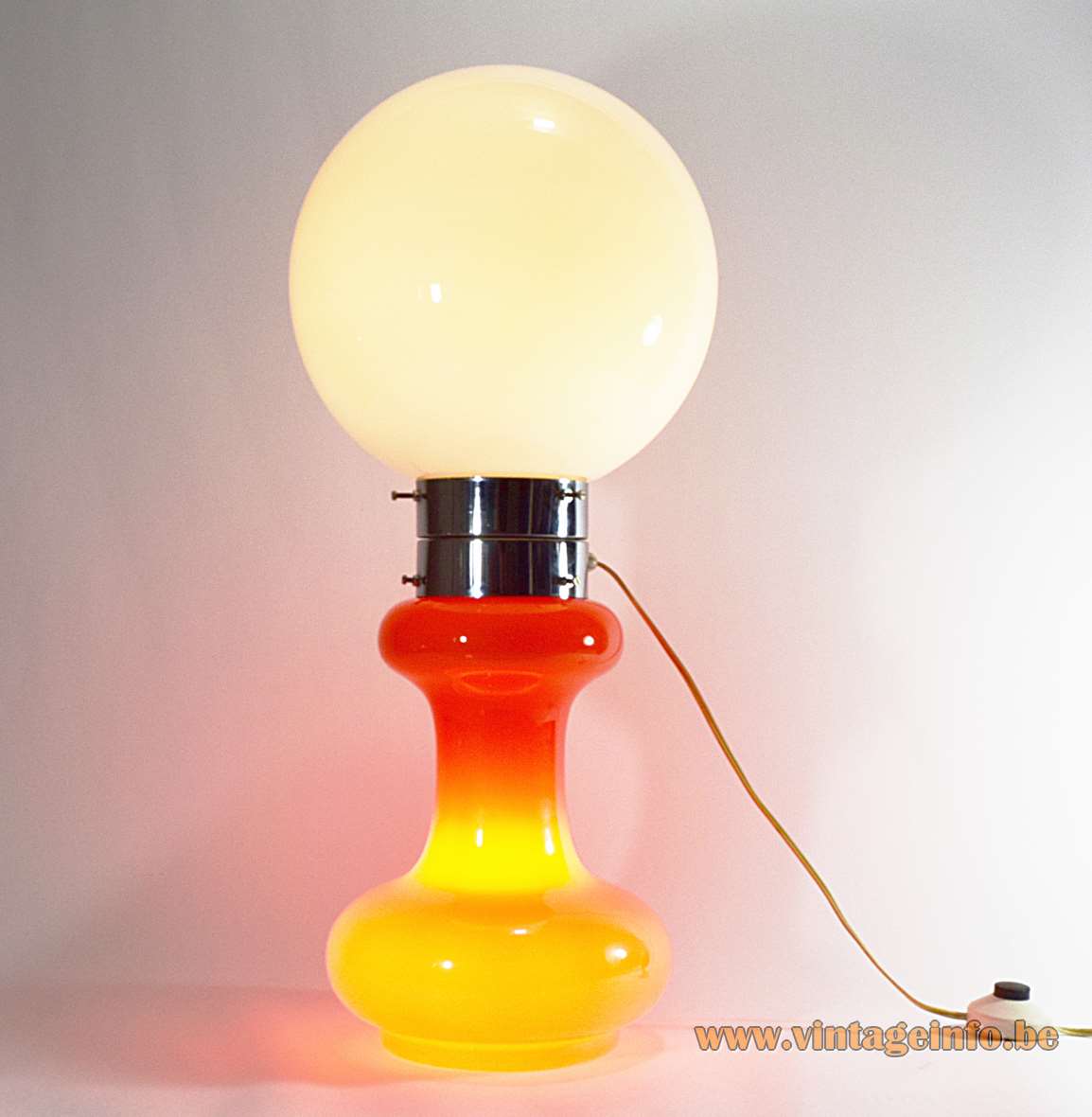 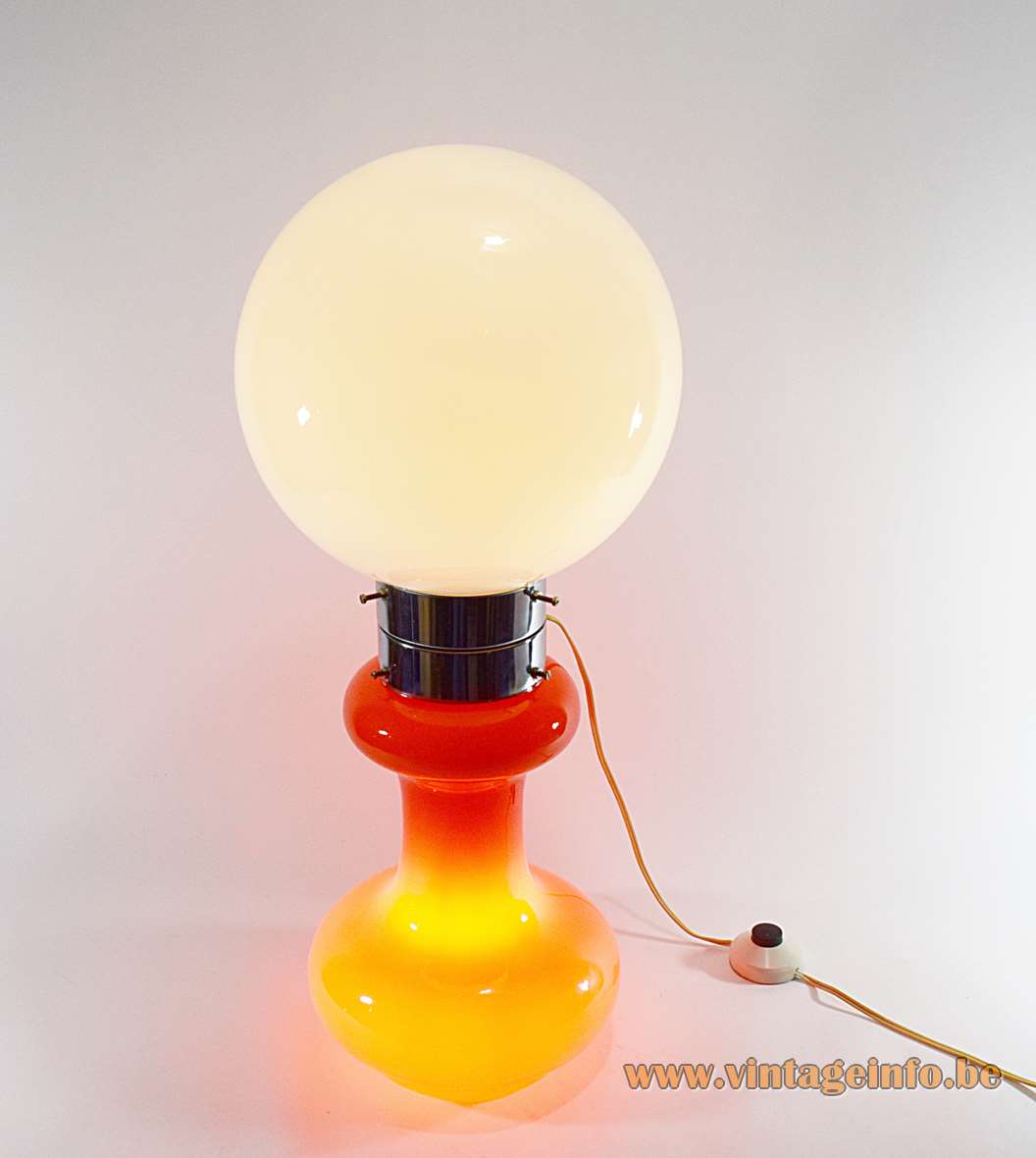 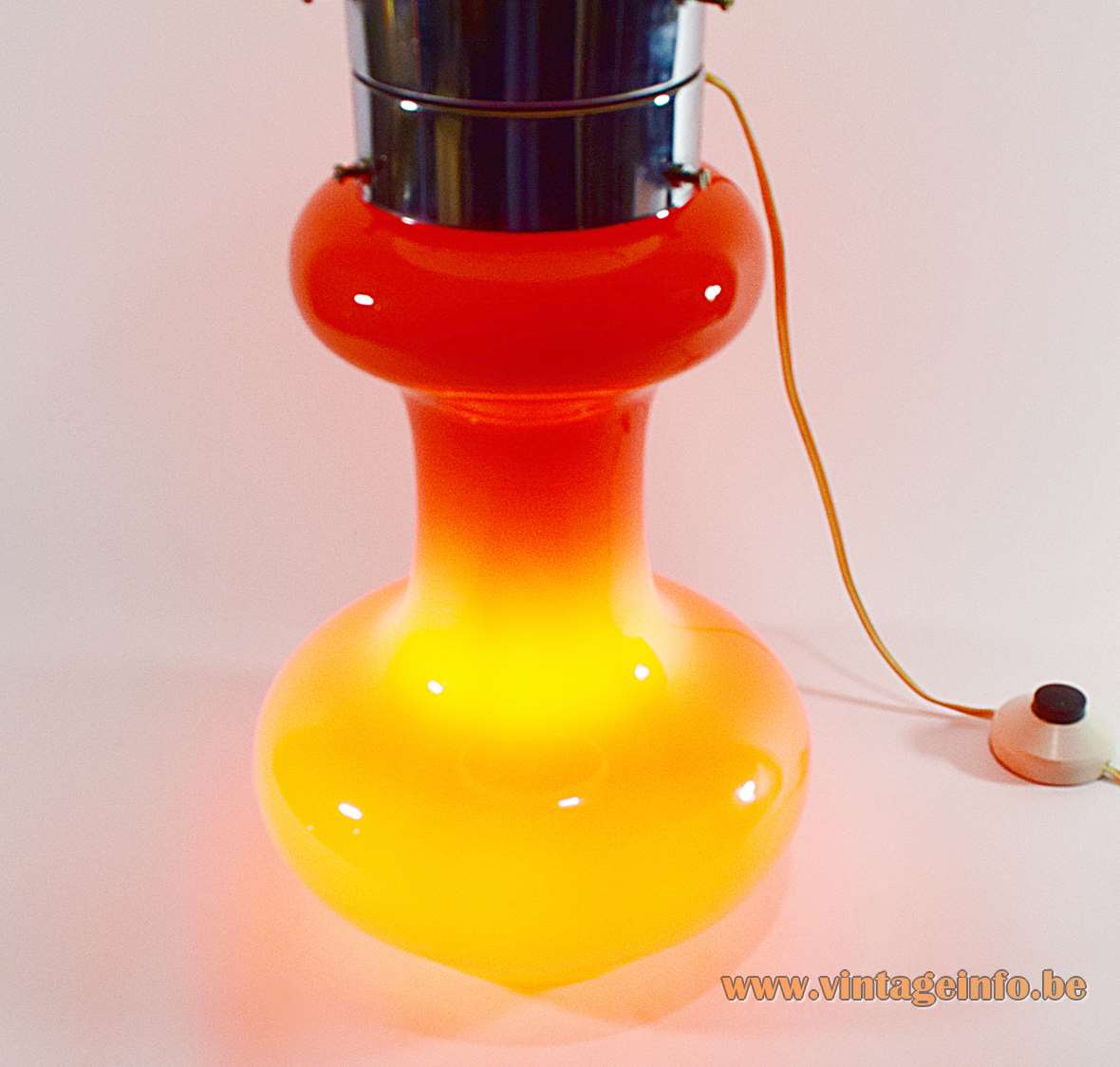 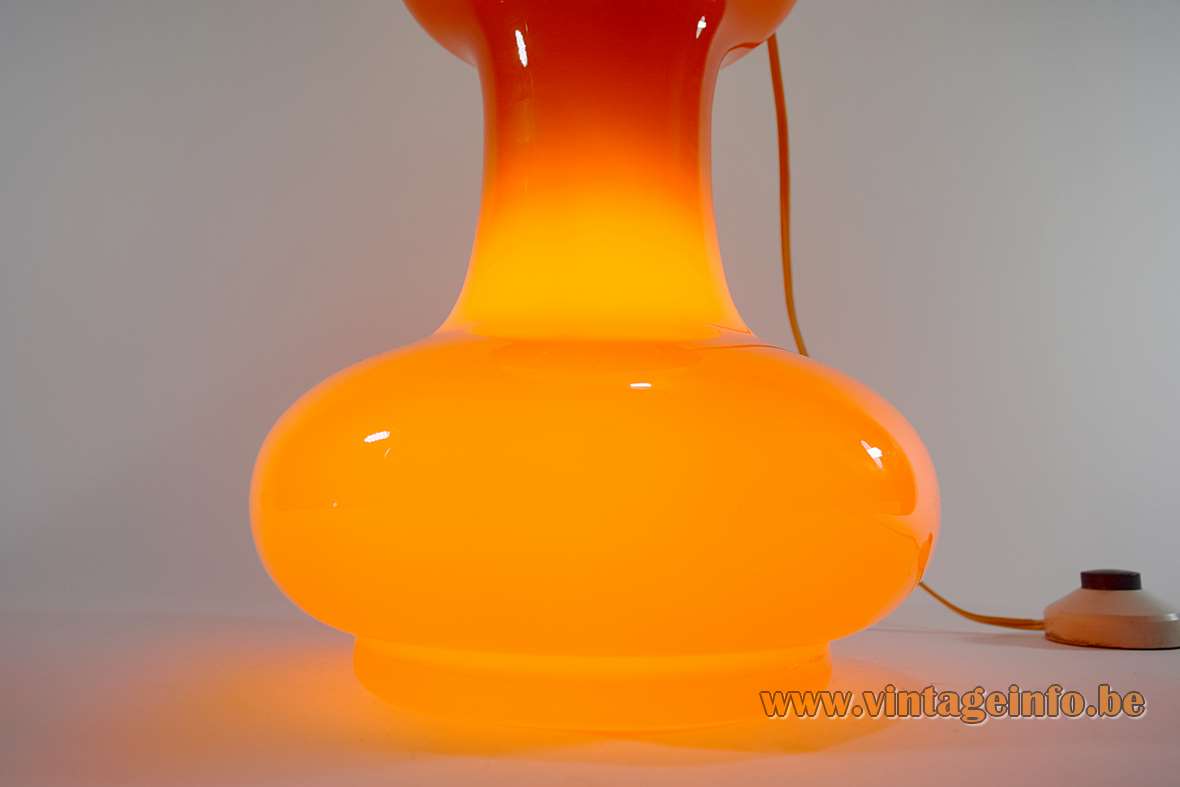 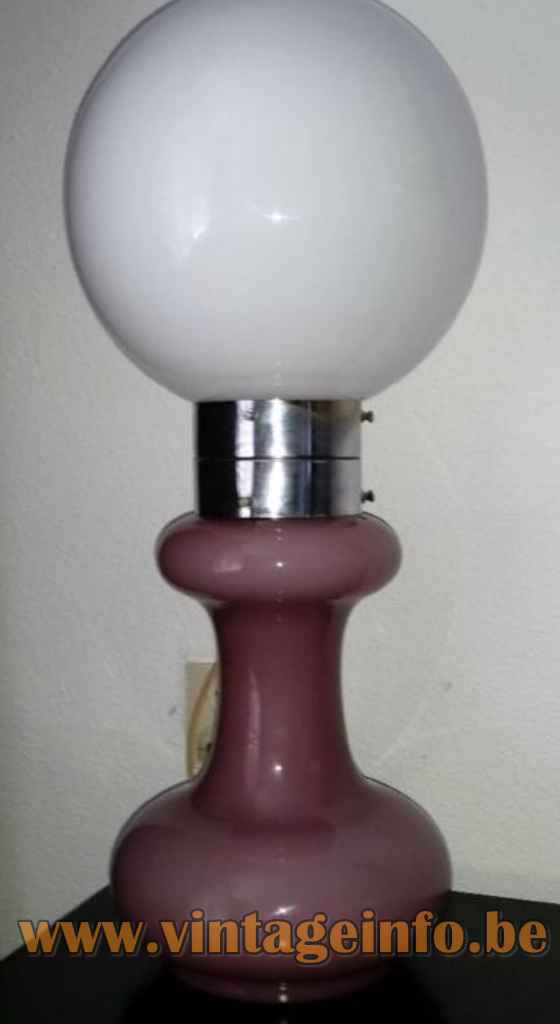 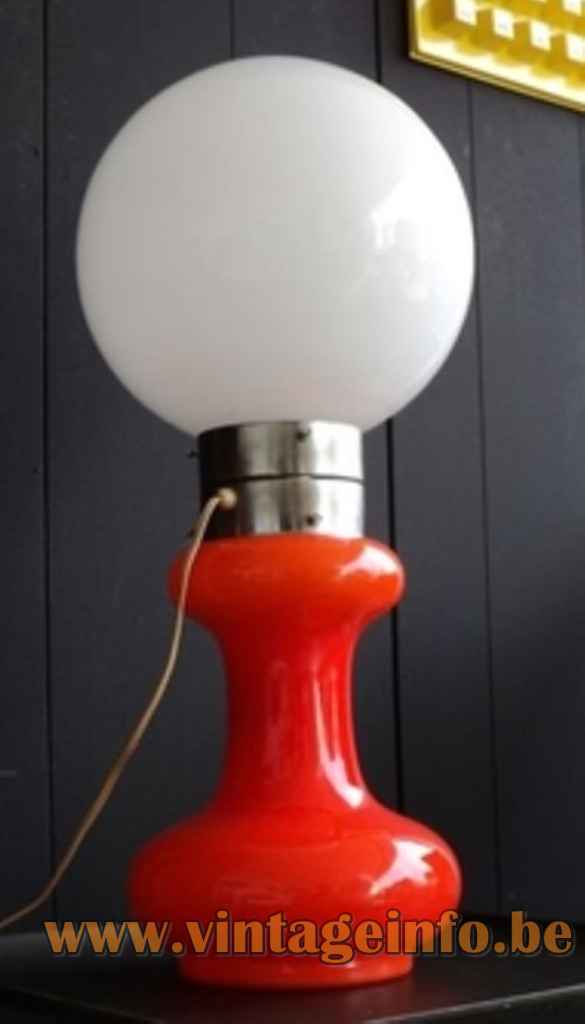 White version of this table lamp

Other versions: This orange & white cone table lamp is often named Mezzo Birillo (half cone). It exists in many colours.

Always attributed to AV Mazzega, but sometimes you find these lamps with a Massive, Belgium label. An e-mail to the AV Mazzega (Mazzega1946) company yielded no results.

In all probability the glass was made by De Rupel from Boom, Belgium. The colours of the other lamps on this page can also be found with other lamps from this glass manufacturer. 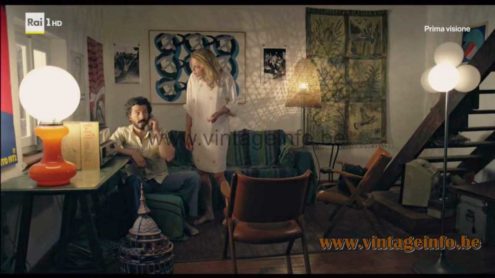 A red version of this orange & white cone table lamp was used as a prop in the 1997 Dutch television crime series Baantjer. Here in episode 11, series 2. Starring Piet Römer, Victor Reinier and Martin Schwab. Many other lamps appear in it, as you can see on this page. 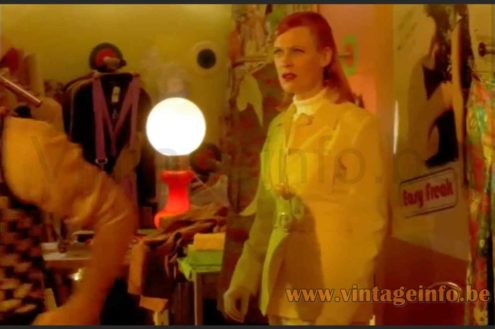 Many thanks to Yoeri for lending the lamp.