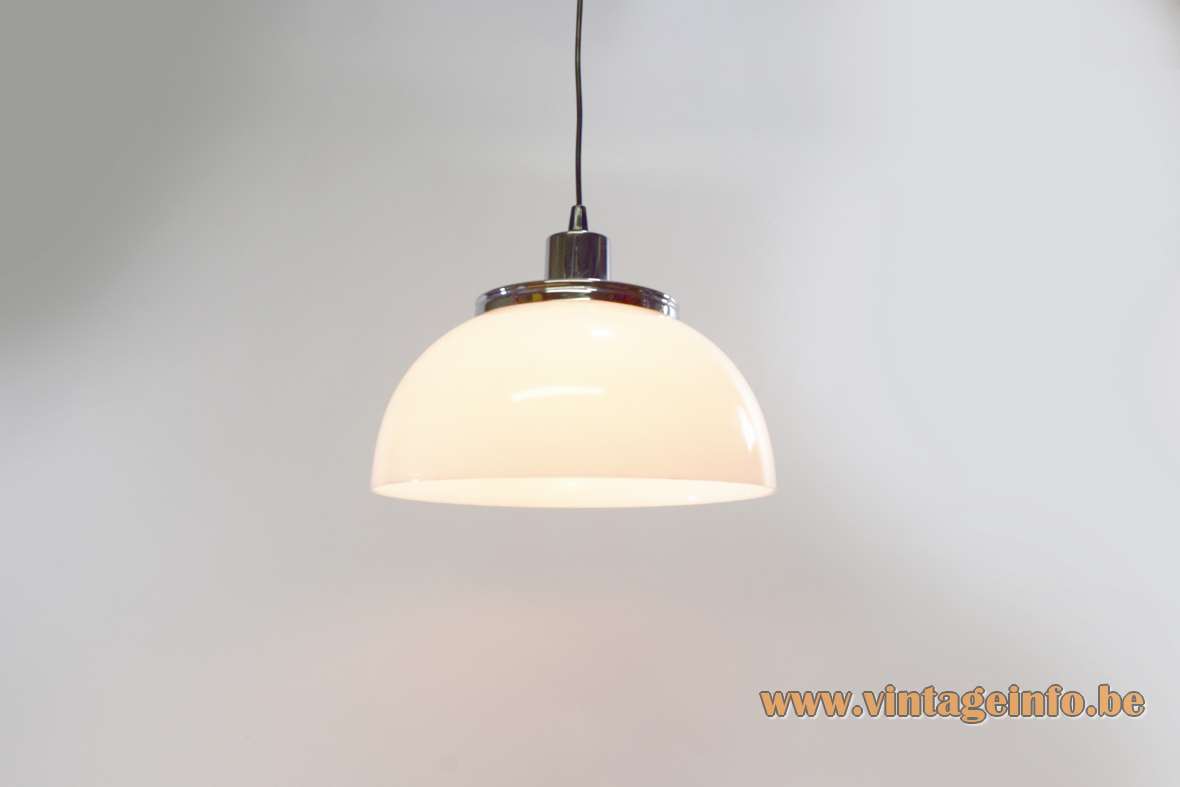 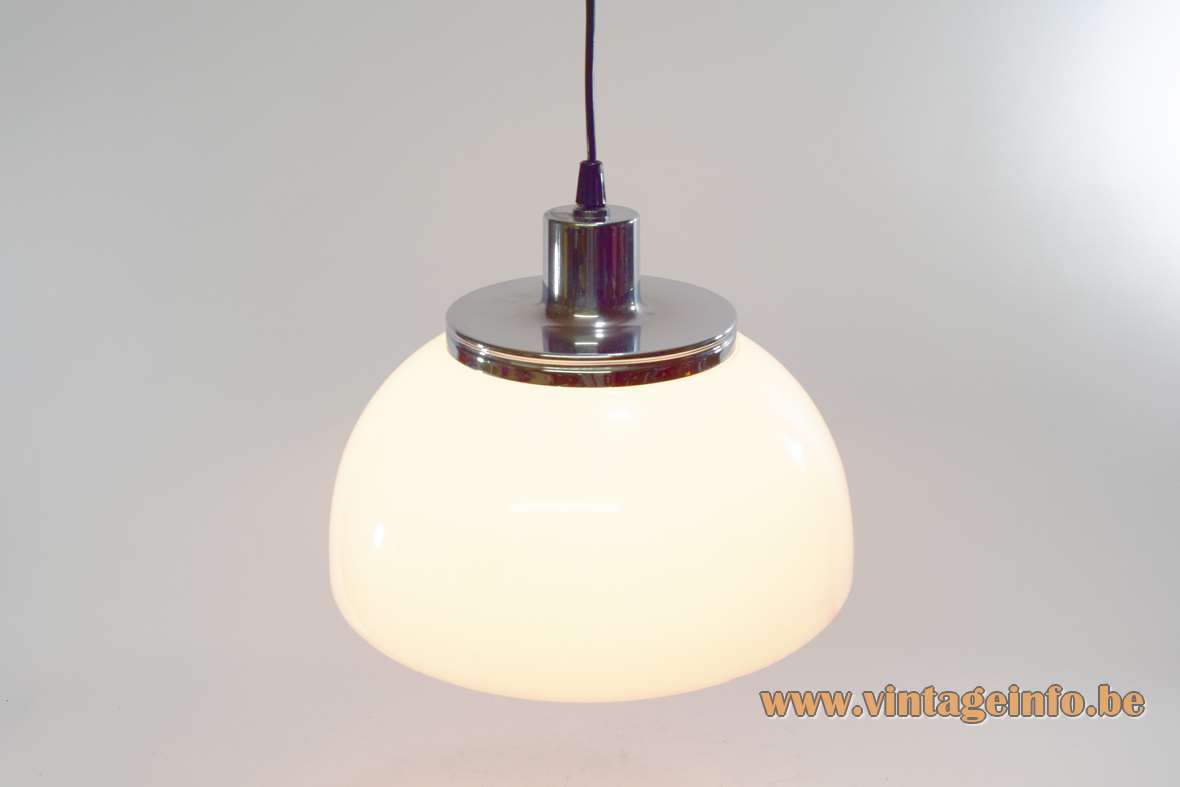 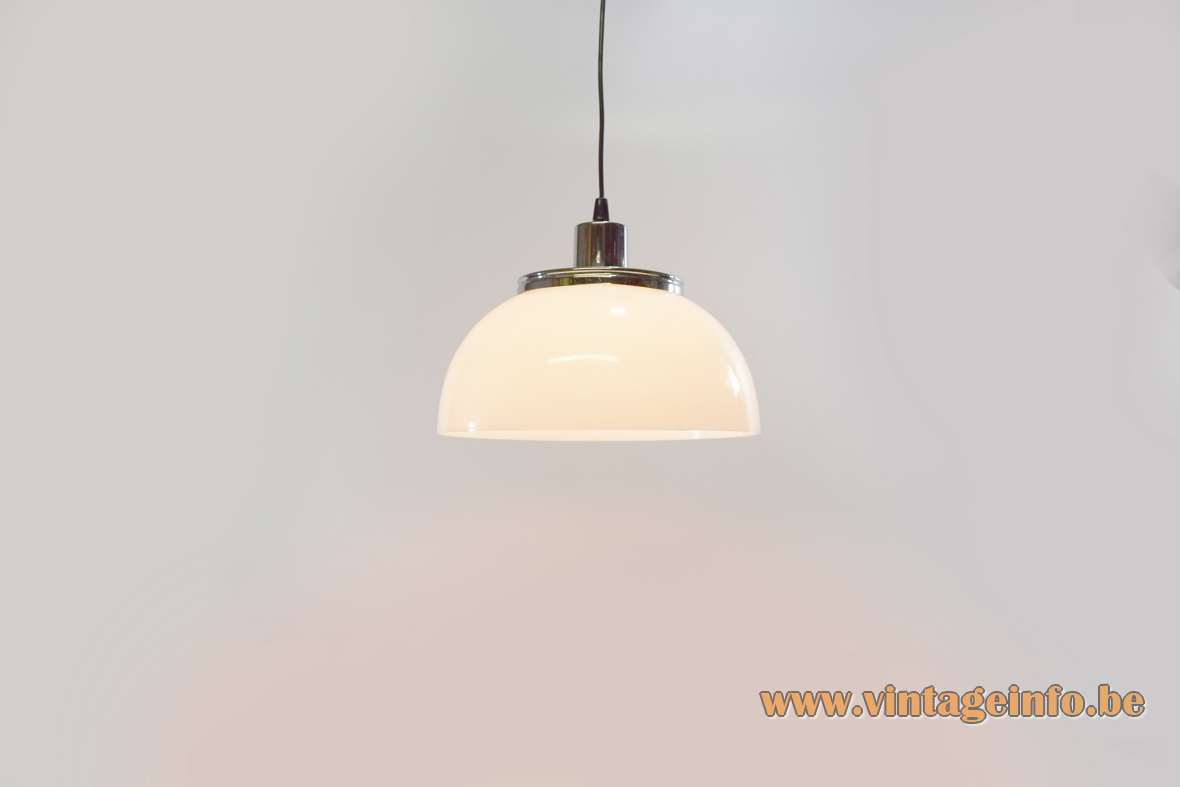 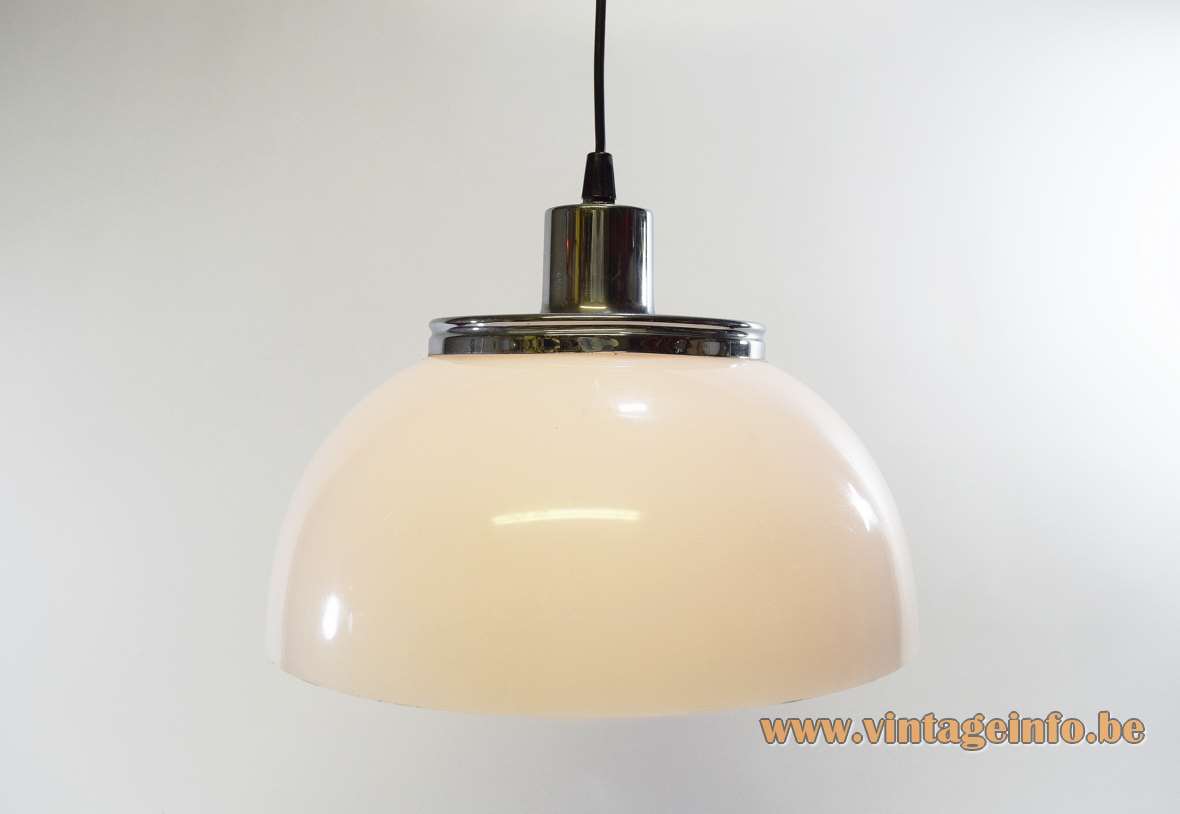 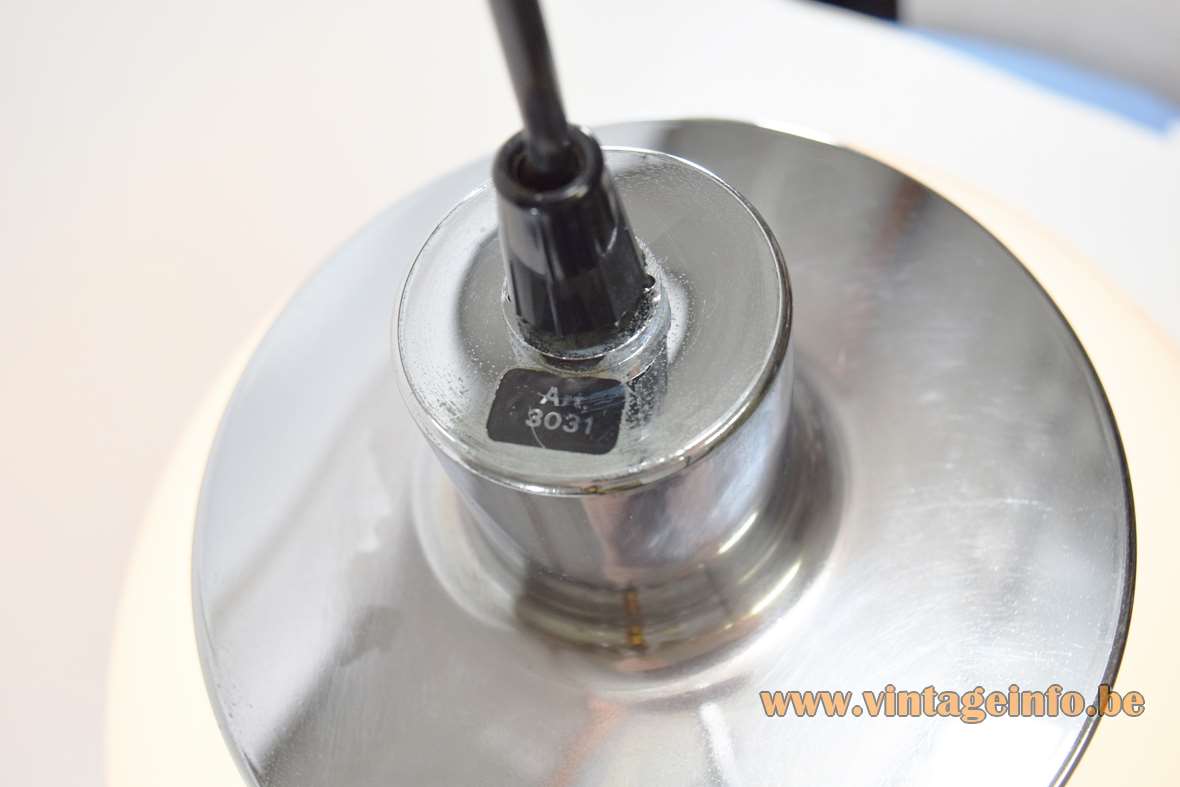 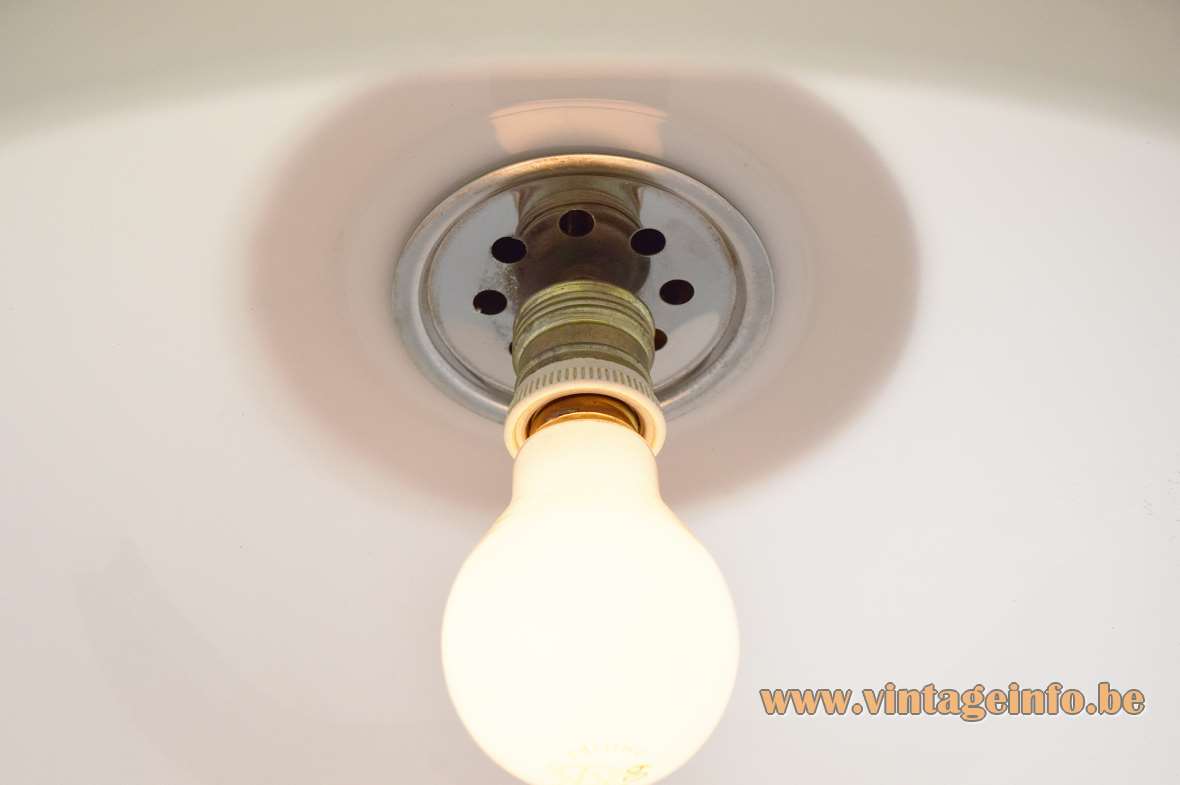 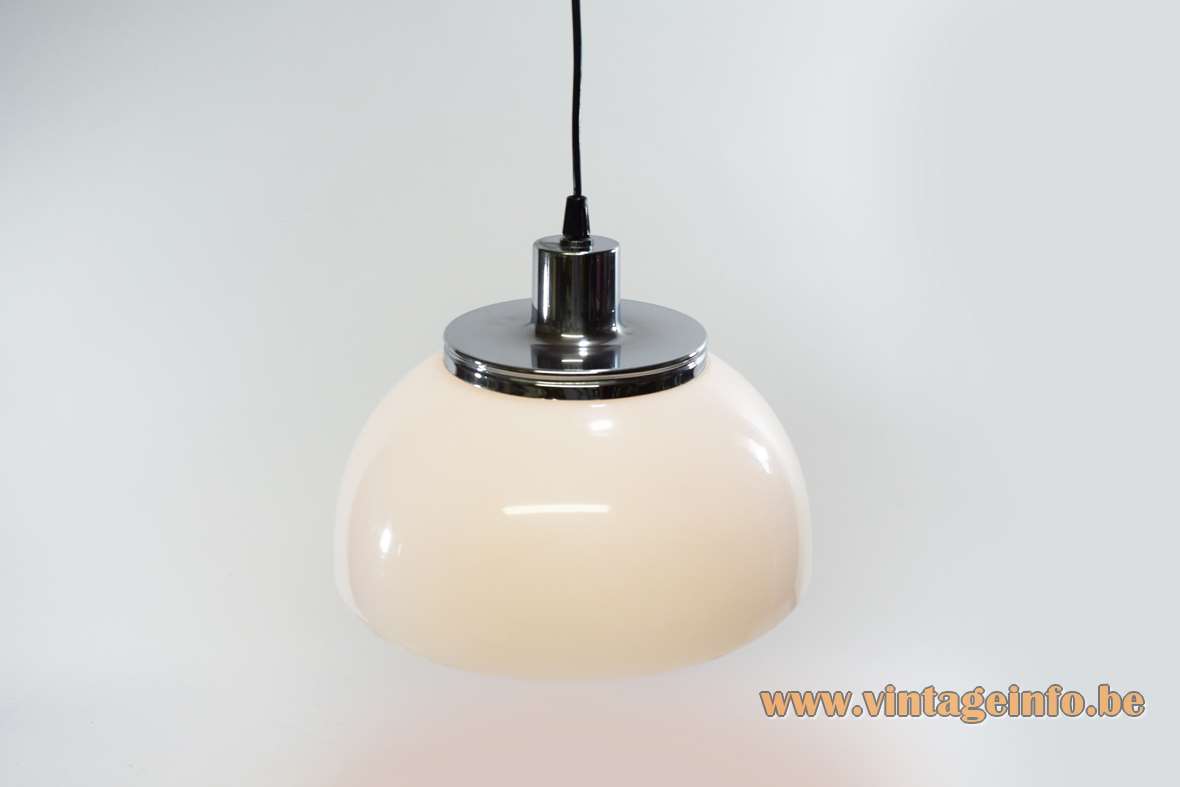 The Harvey Guzzini Faro pendant lamp was used as a prop in the French film Les Garçons et Guillaume, à Table! from 2013. (Me, Myself and Mum) An autobiographical comedy written, directed by and starring Guillaume Gallienne. You can view the complete movie with much more other lamps over here!

Other versions: The Harvey Guzzini Faro pendant lamp was also made with a rise & fall mechanism. Made as a floor lamp and a table lamp. Produced in red, orange, white, transparent brown… 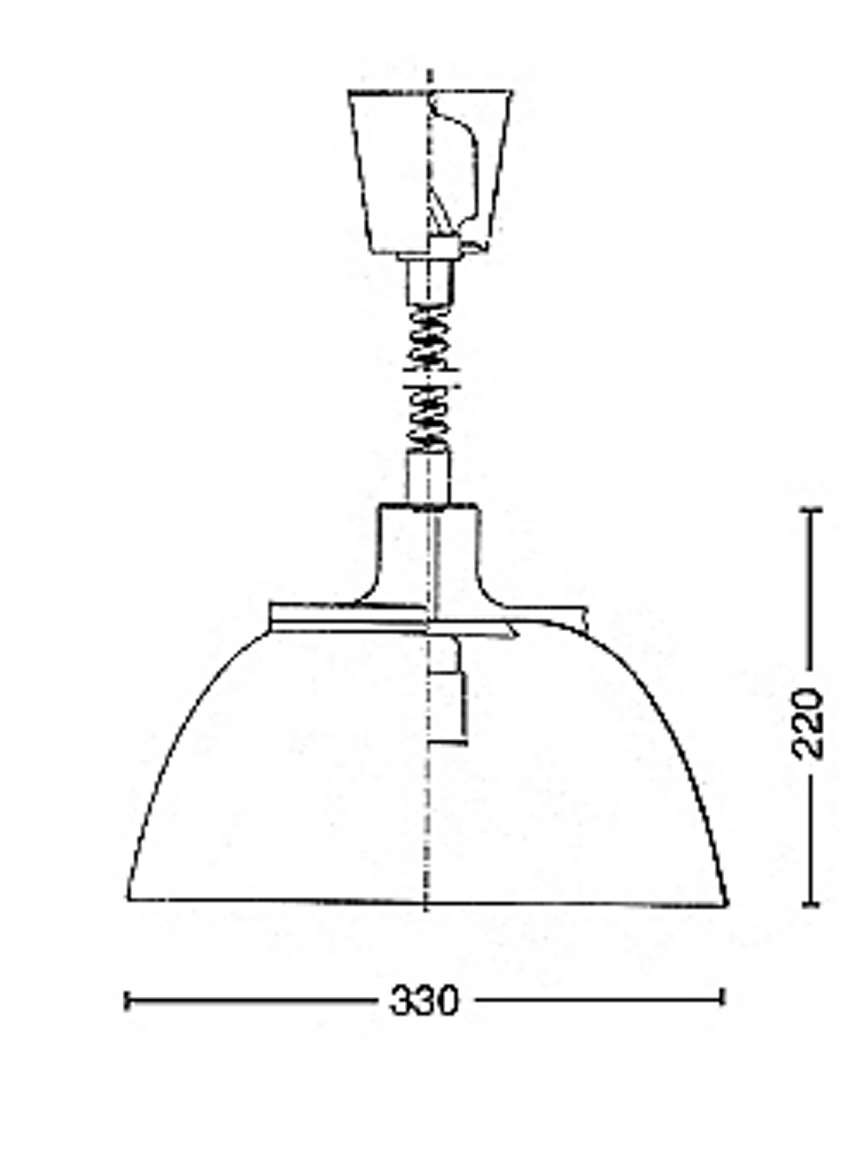 Orange rise and fall version of this Faro pendant lamp