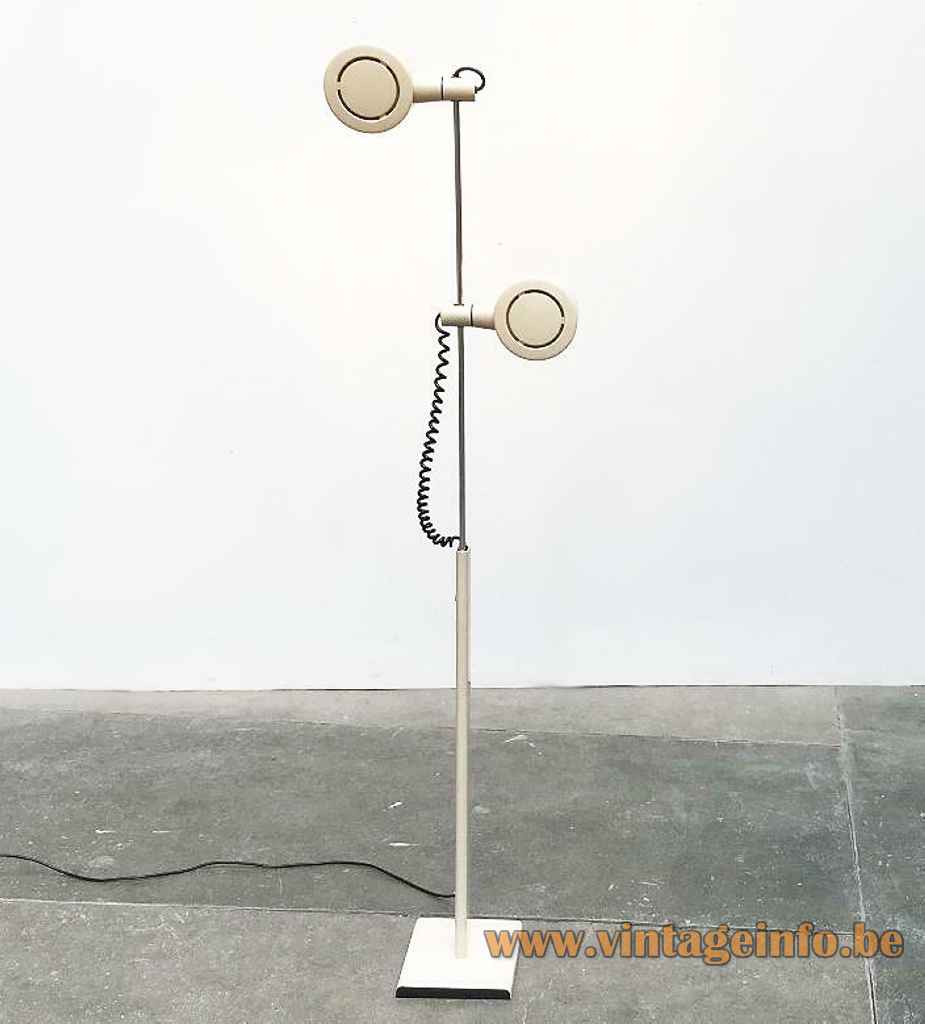 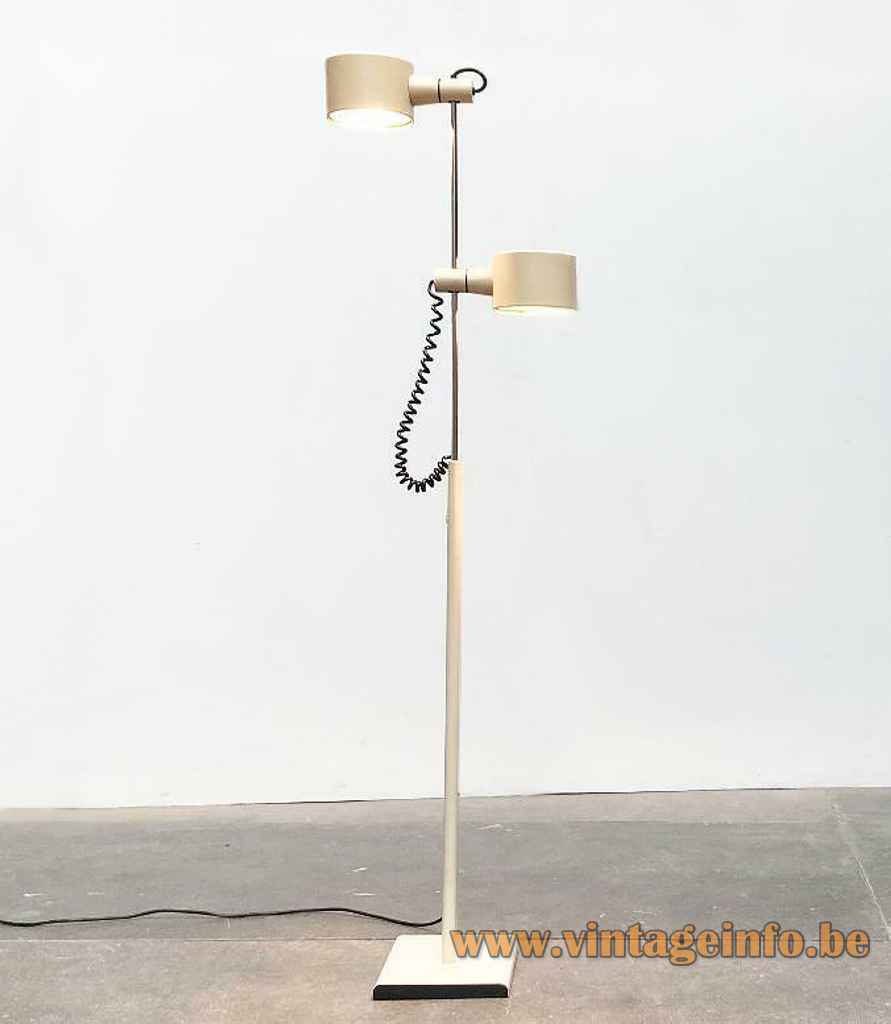 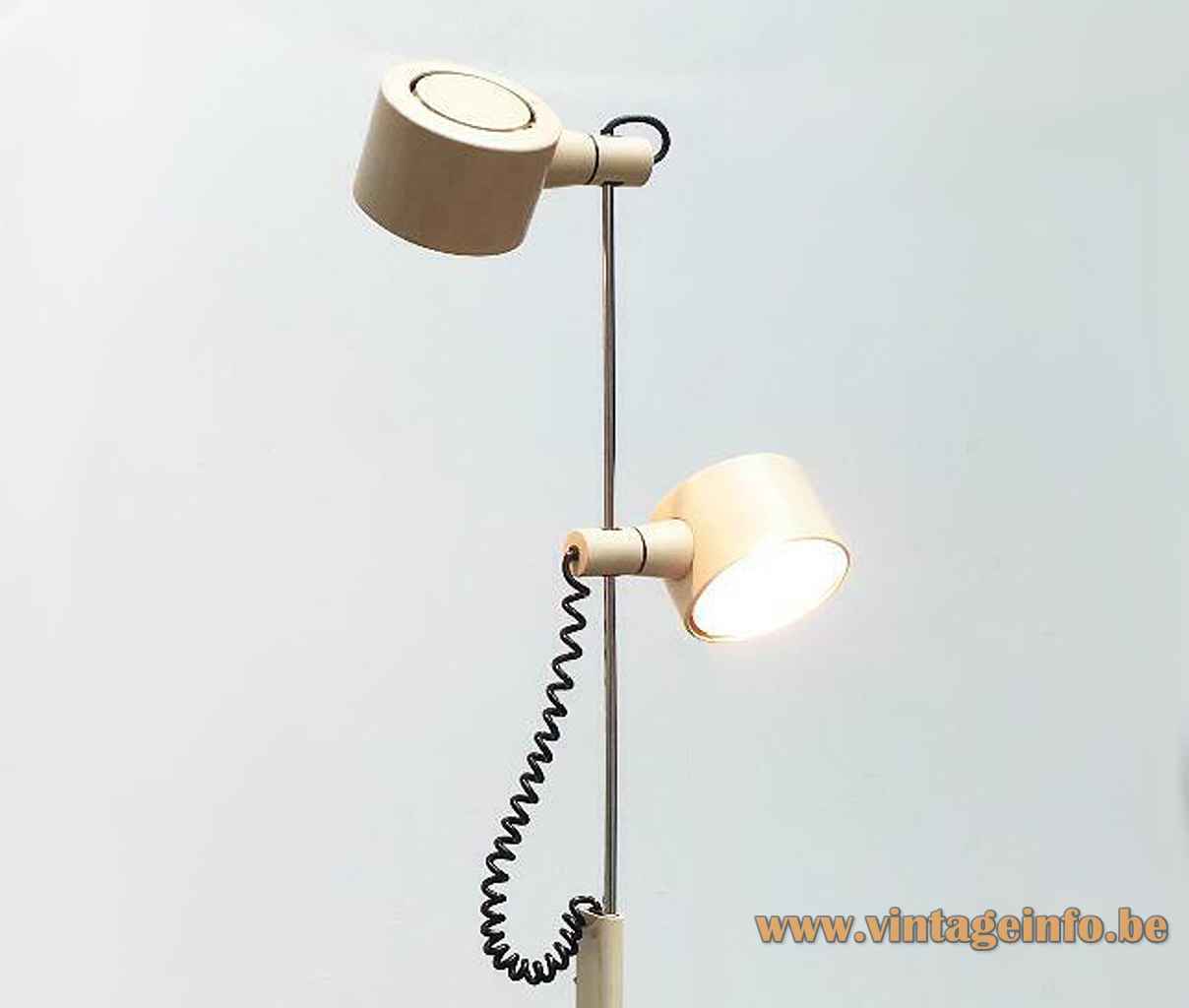 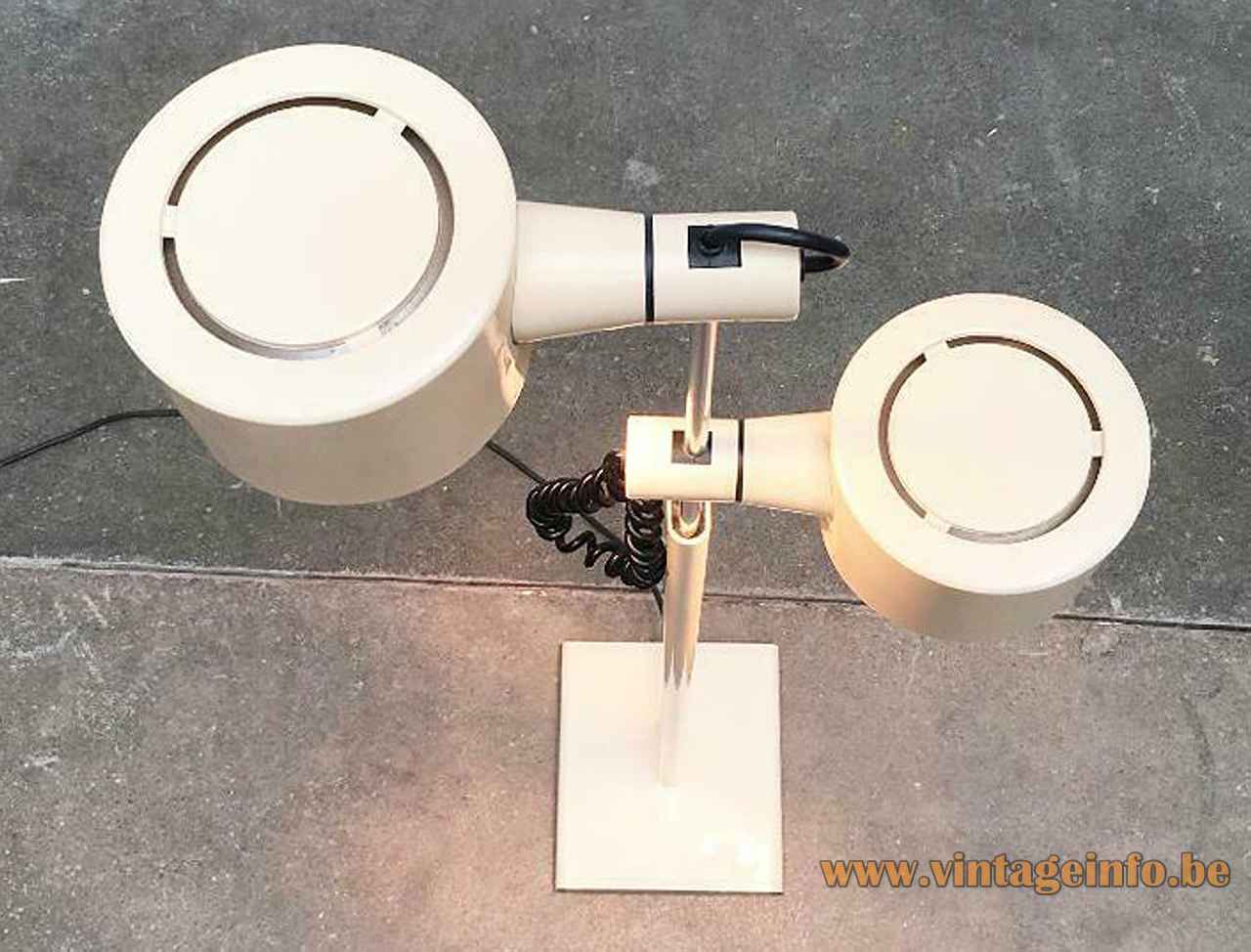 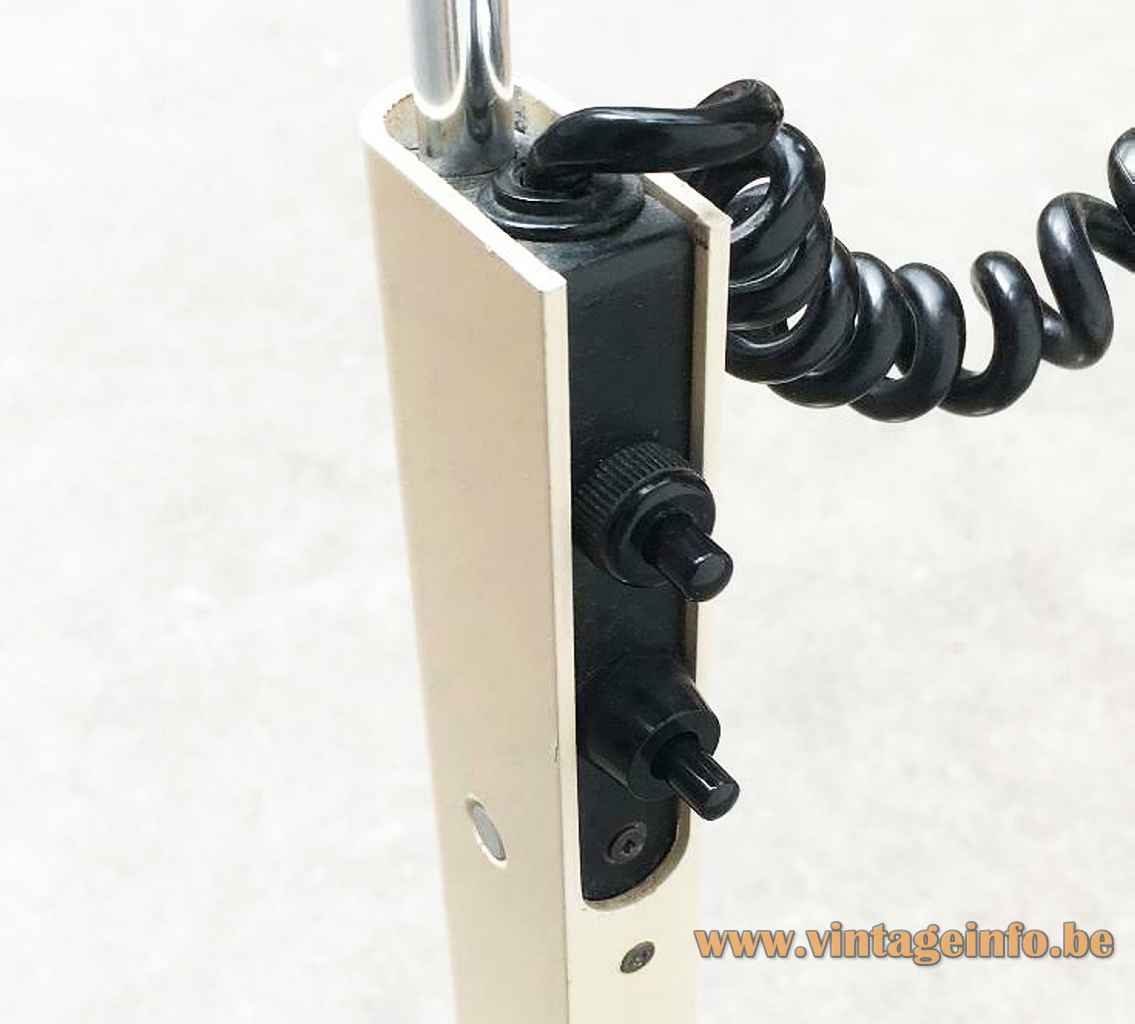 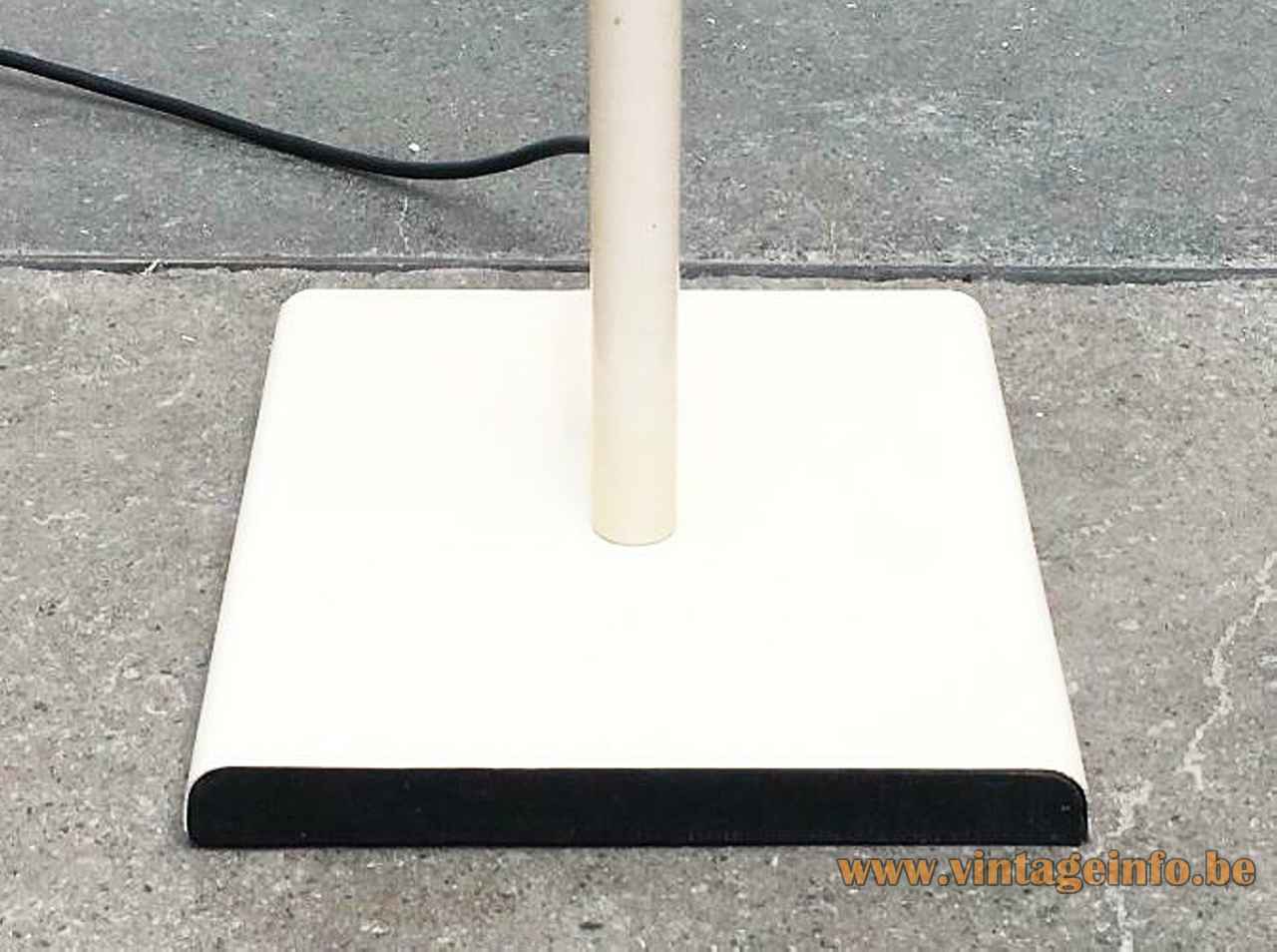 iF Design Award for the Lyfa lamp series

Other versions: This Conelight double floor lamp exists in several versions and colours. Also flush mounts and table lamps were made.

Often said Peter Nelson for Architectural Lighting, but he designed other lamps. Several of his lamp designs have a double dimmer, hence the confusion.

The lampshades are very similar to the Lyfa Piccolo lamps. But the Lyfa lamps have 4 elongated holes on top. The floor lamps have a flat round base. The Piccolo lamp series received an iF Design Award in 1975.

The Conelight Limited company was founded after World War II in October 1946. The last known address was in Feltham, Middlesex. The Conelight Ltd company no longer exists. It ended business in 1988.

Designers mentioned with several lamps is E. Cooke. And of course Ronald Homes. Ronald Homes is an English RAF pilot, designer and painter.

E. Cooke is Edmund “Ted” Harry Cooke-Yarborough, (25 December 1918 – 10 January 2013). He was the lead designer of the Harwell Dekatron and the designer of one of the world’s earliest computers. 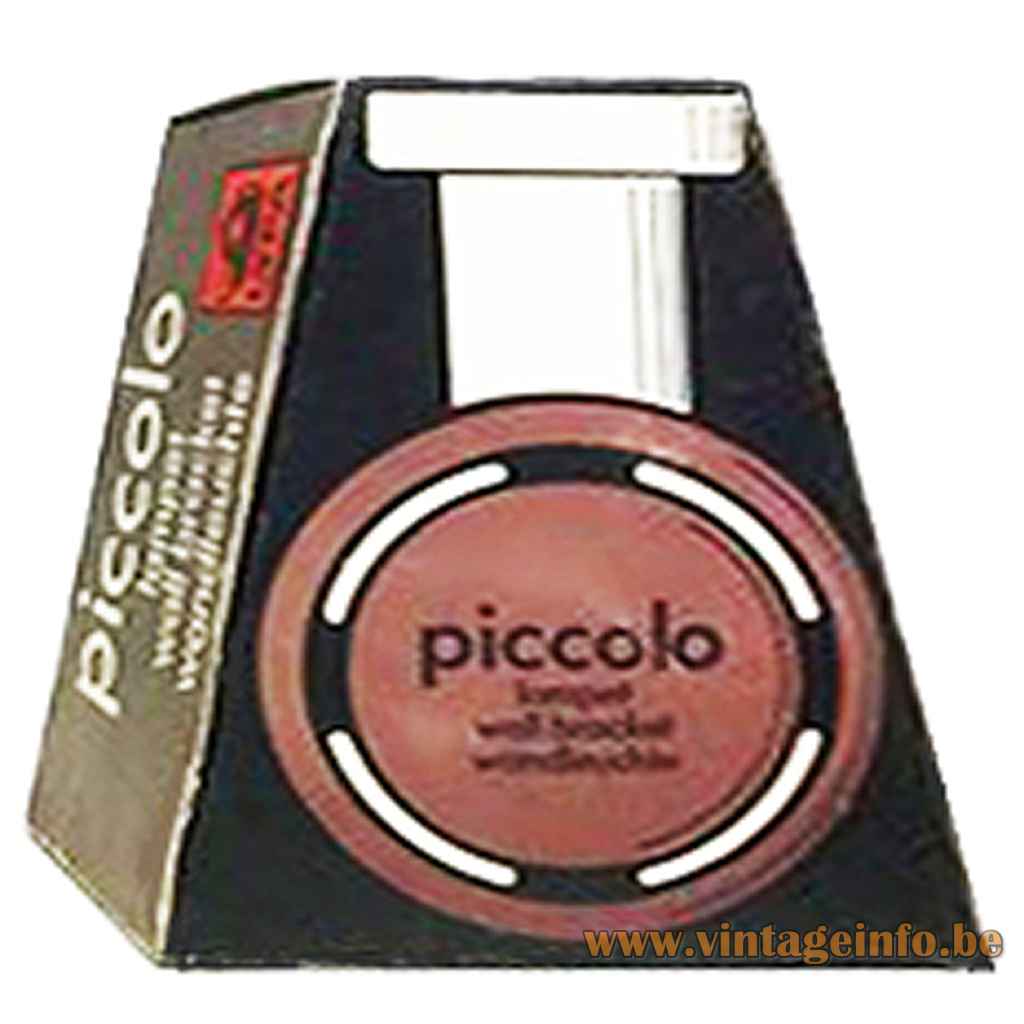