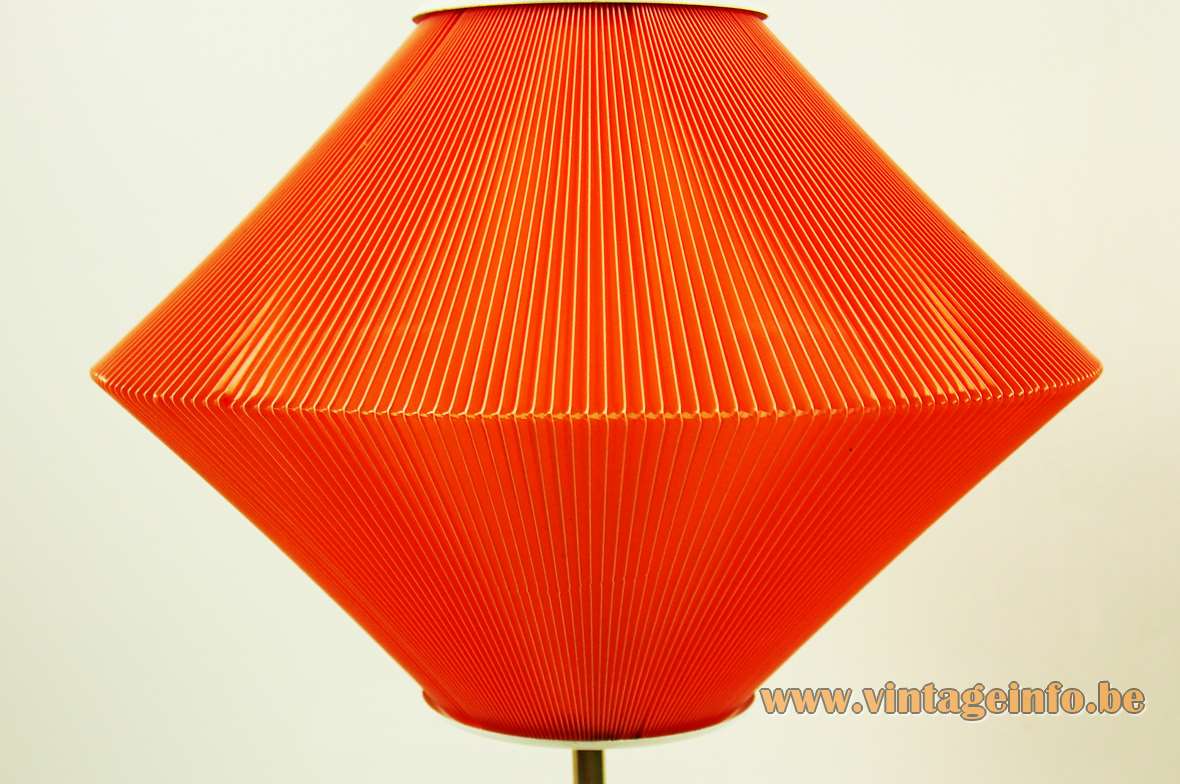 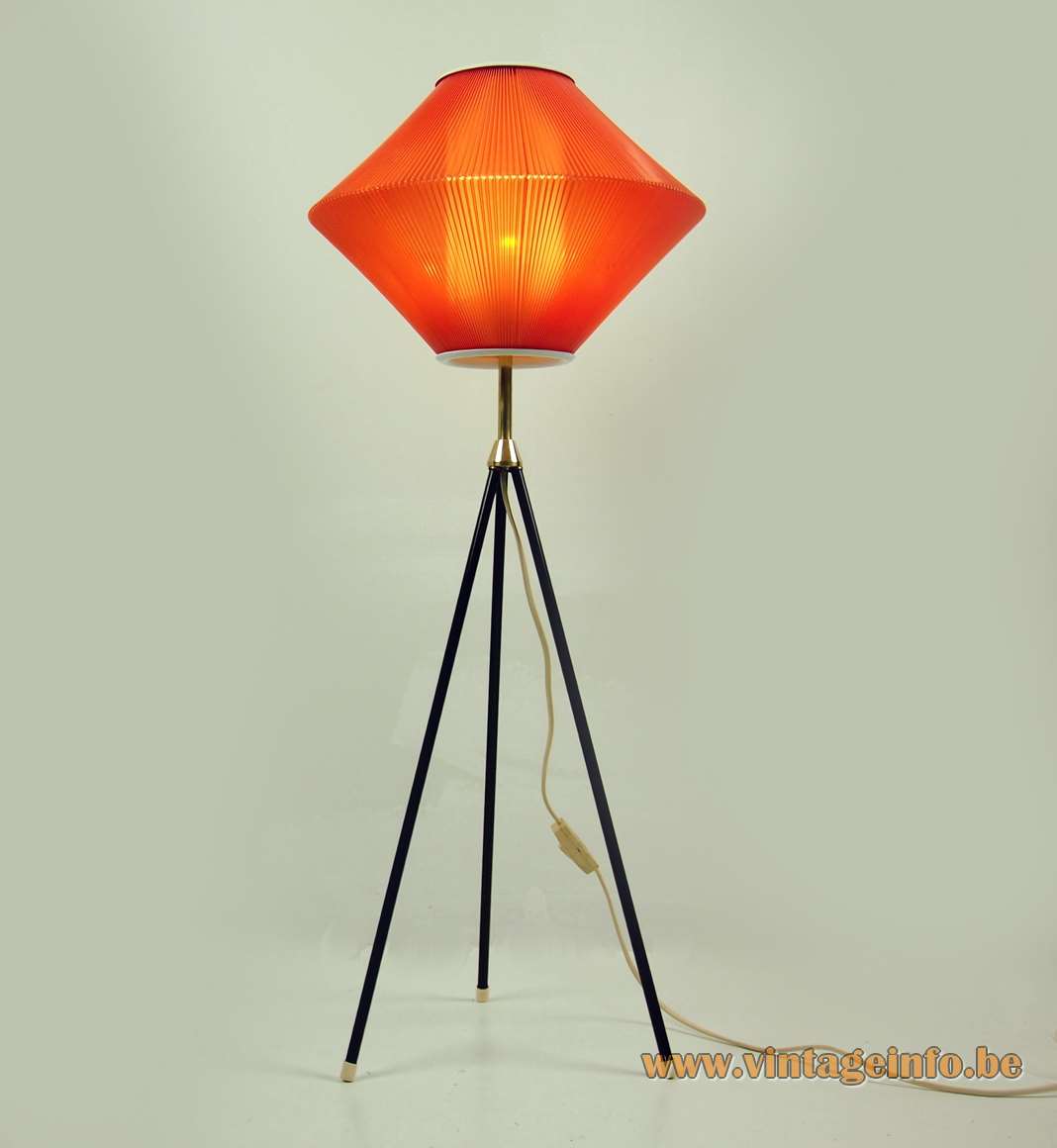 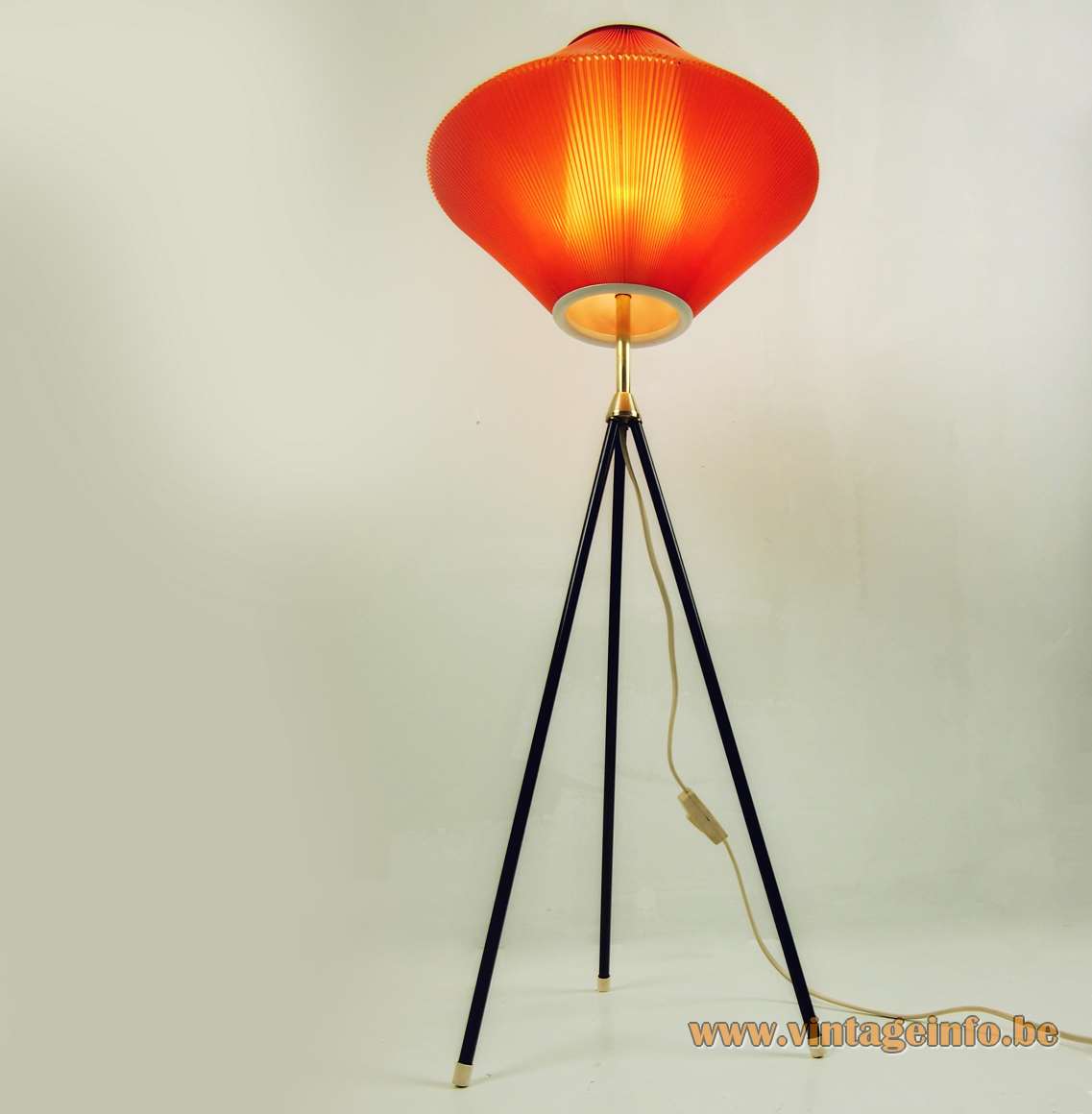 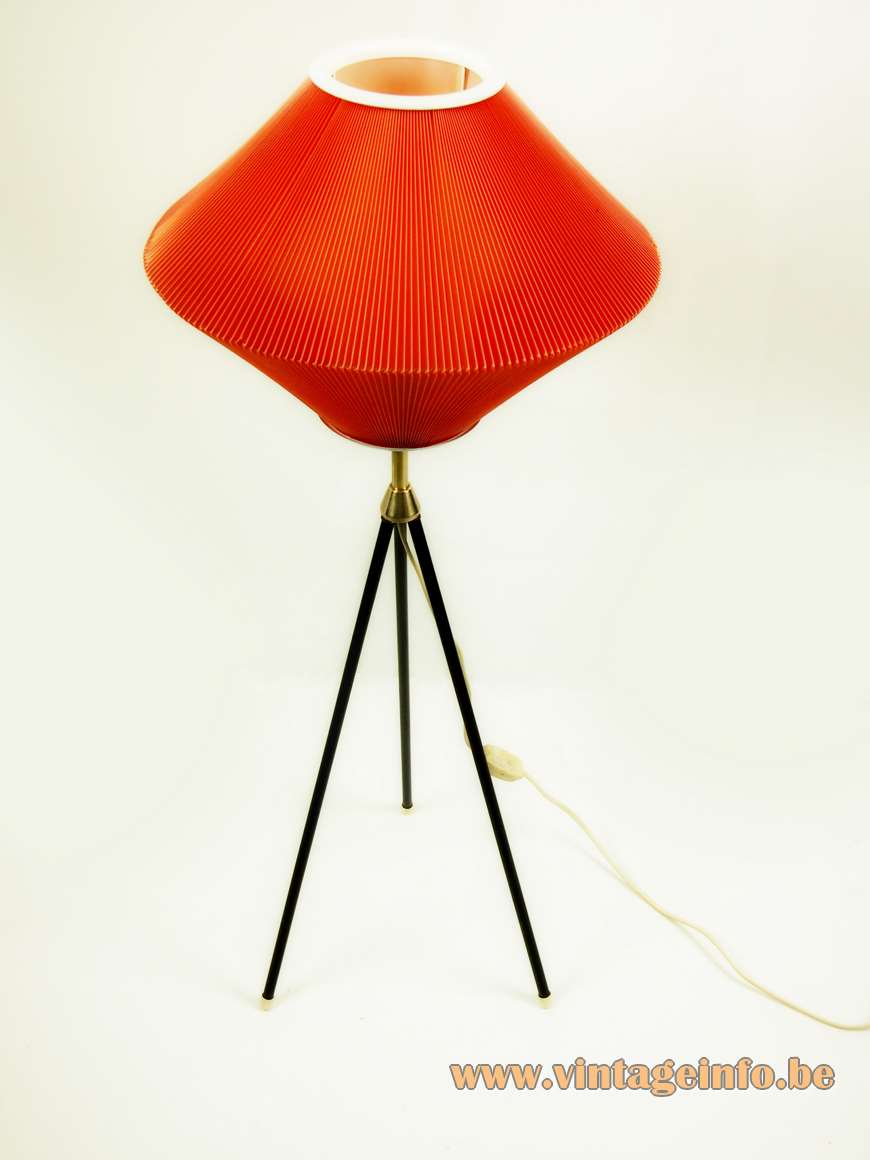 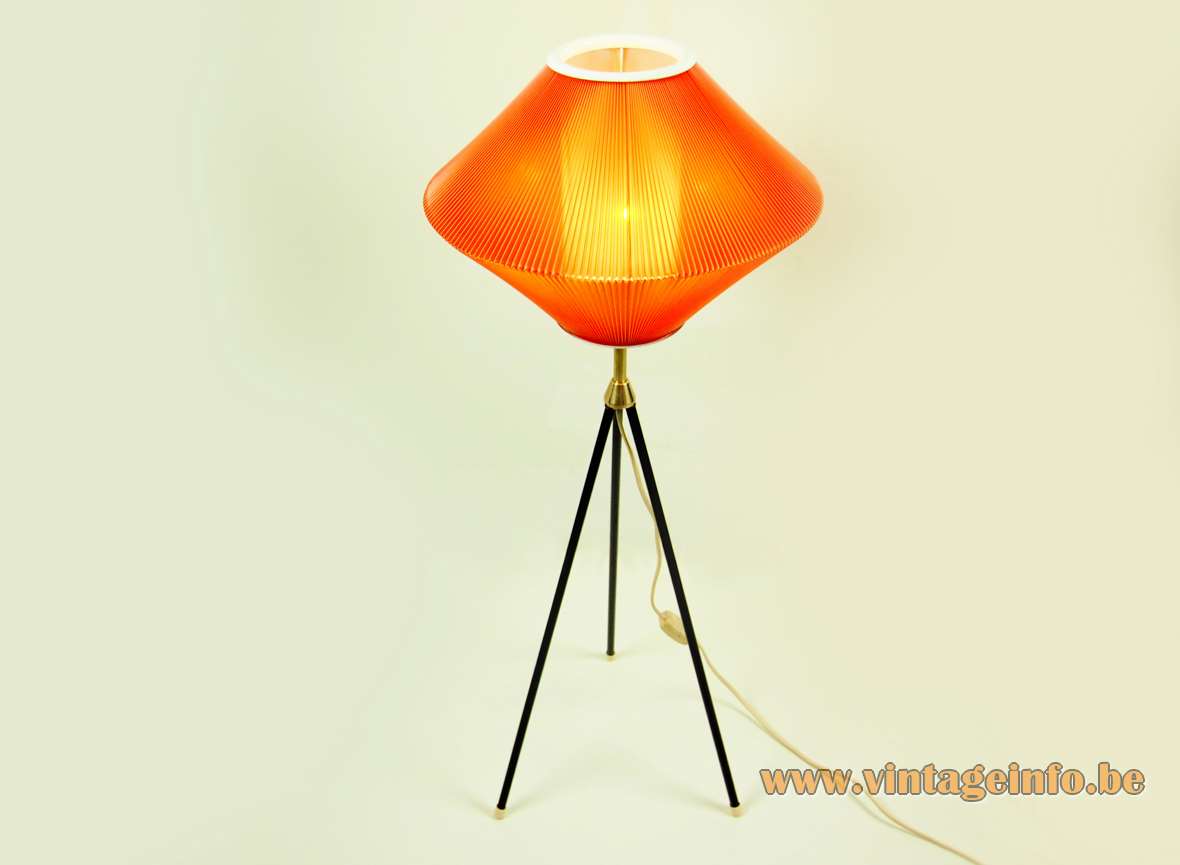 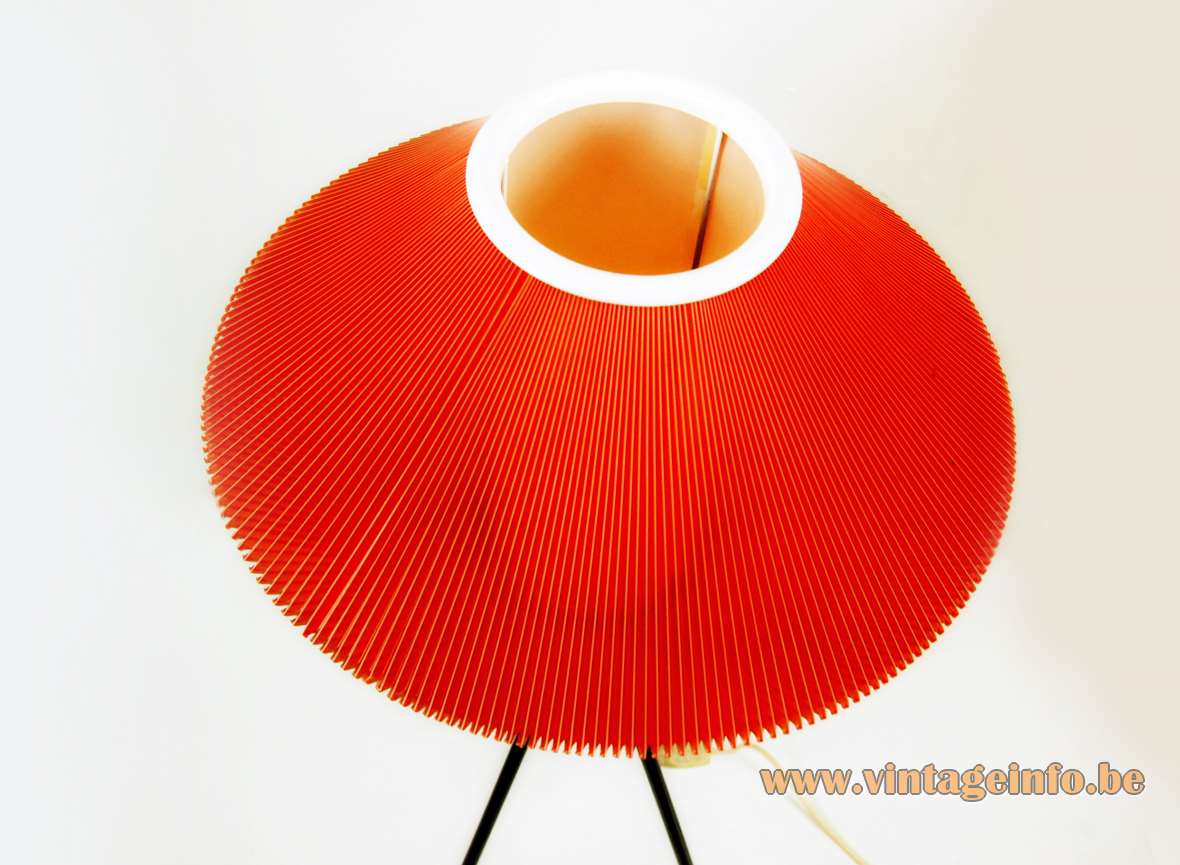 Other versions: This Aro Leuchte diamond globe tripod floor lamp was probably made in several colours. The tripod metal base was used for many other floor lamps.

The lampshade is made of iron wire, white plastic and red folded plastic wrapped around it. Exactly the same material as the stretchable folded flower pot decoration that is for sale since the 1930s and it is still available today. The “manchette” or “cuff” plastic is stretchable thanks to the folds, and therefore fits perfectly.

Lamps with these type of lampshades are often attributed to the famous French designer Georges Léon Rispal. Rispal is famous for his original creations and biomorphic forms. For some lampshades he used similar materials. But it was the Danish Hoyrup who used it for the first time with their Pearlshade lamps, designed by Lars Eiler Schiøler.

Aro-Leuchte GmbH was founded in 1969 as a family business. It ended business in 2006. Not much to be found about the company. The company made many copies of glass lamps, but they made them in plastic or acrylic.

They also produced many floor lamps. You can find several examples here on Vintageinfo.

Many lamps were designed by other companies in the 1950s and 1960s. Aro-Leuchte produced the plastic versions in the 1970s.

Today, the Aro-Leuchten website is offline. The url was www.aro-leuchten.de. Mister Matthias Arnold was the managing director. The company used both Aro-Leuchte as Aro-Leuchten on their labels. The website was also with the N.

Other lamps in the folded/pleated cuff style

Other lamps with this type of folded lampshades