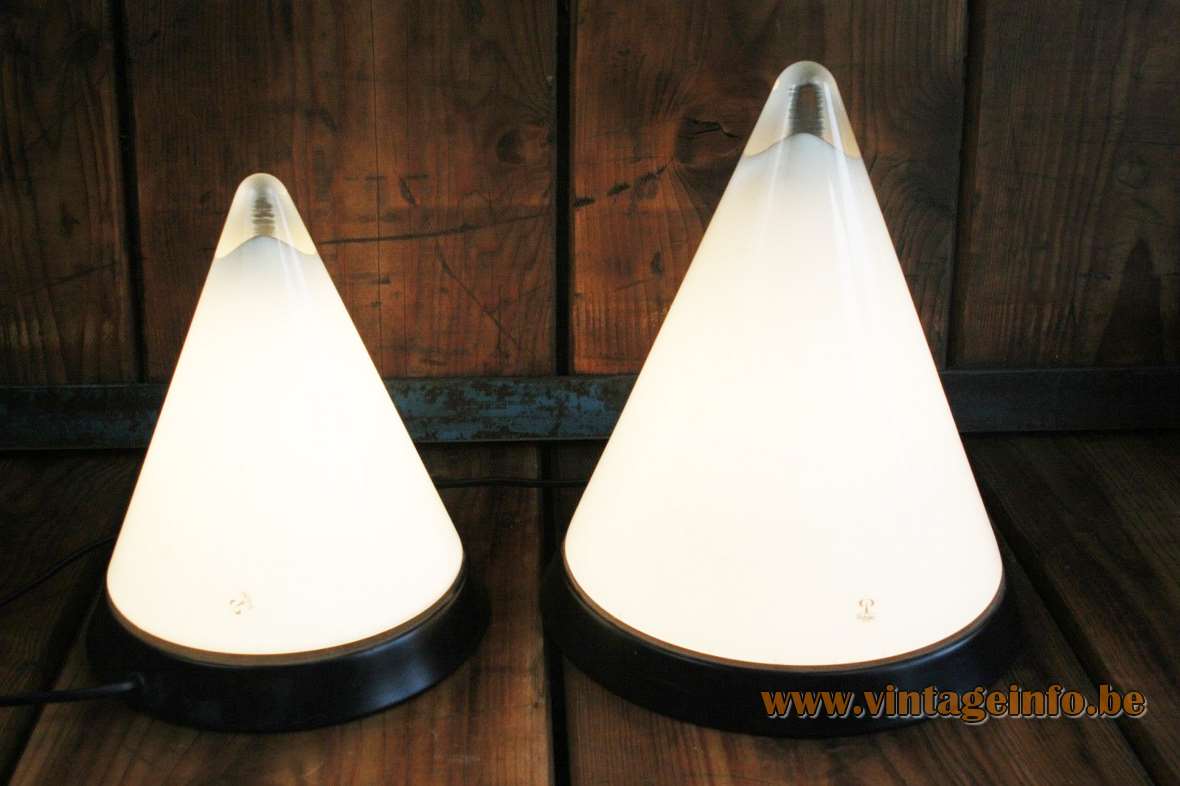 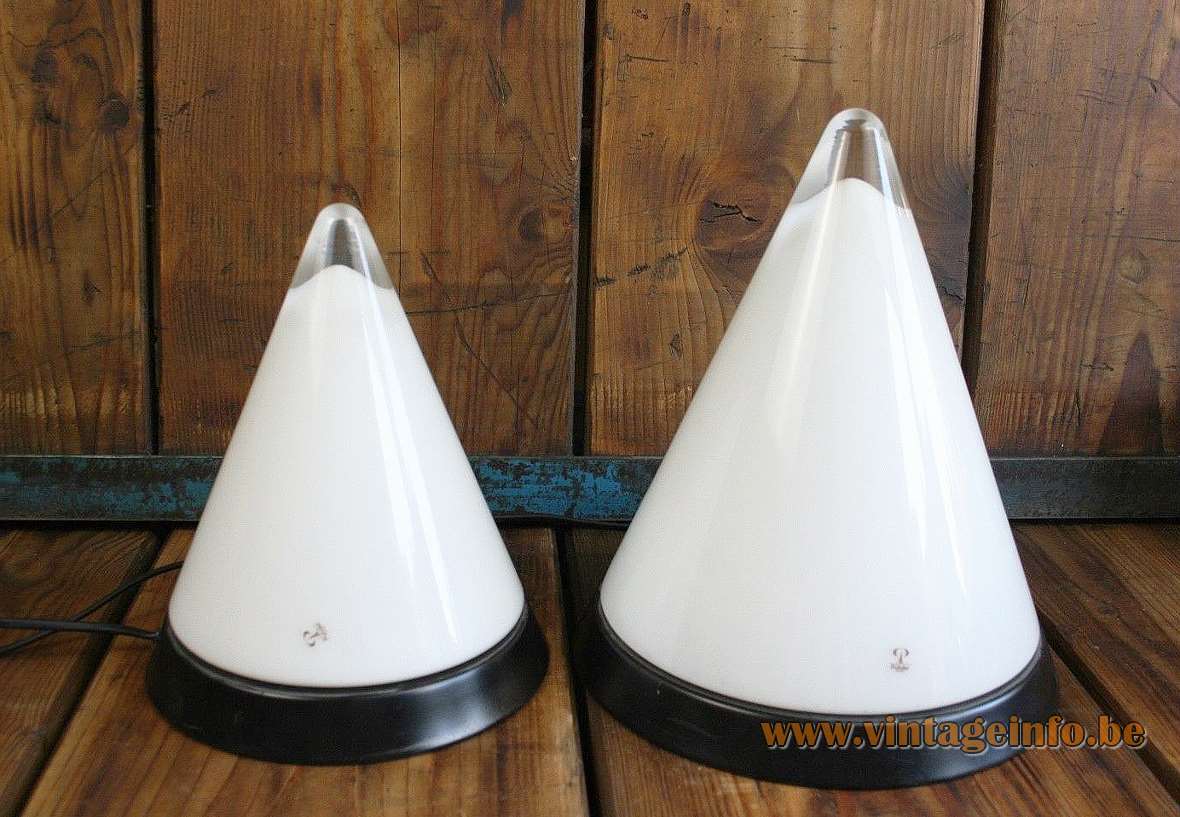 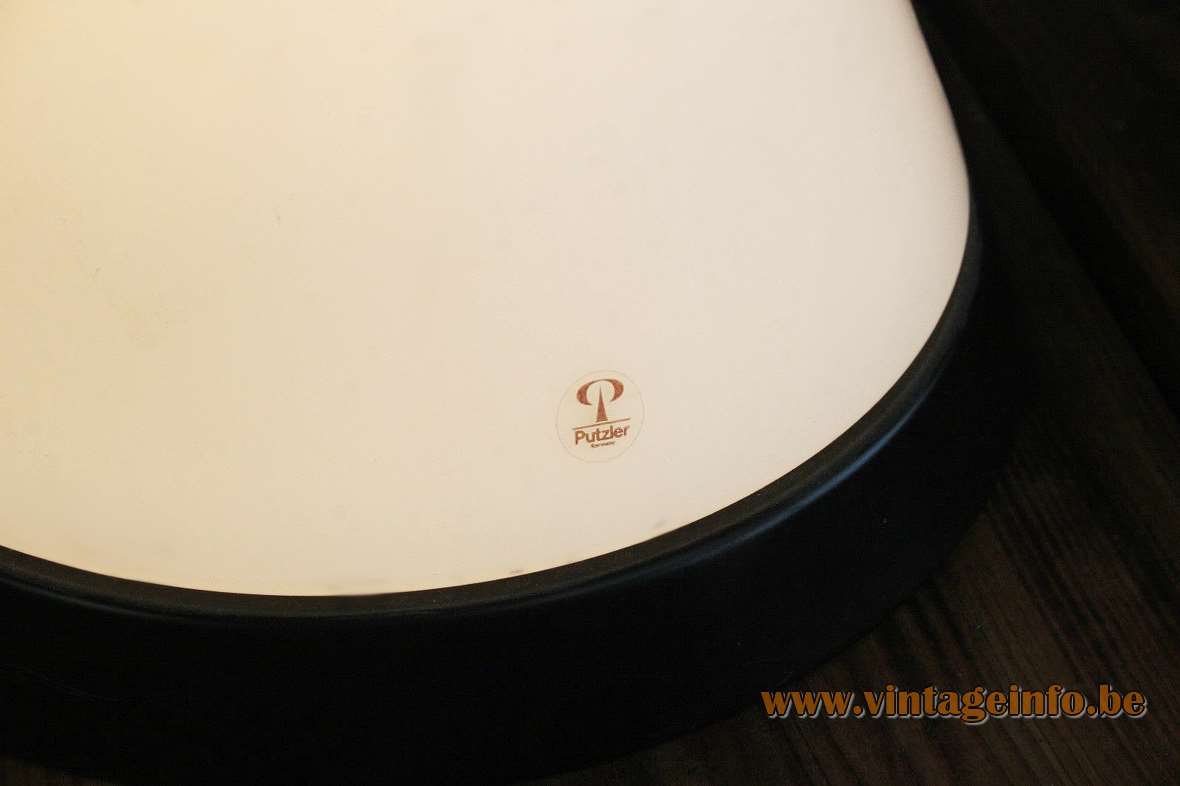 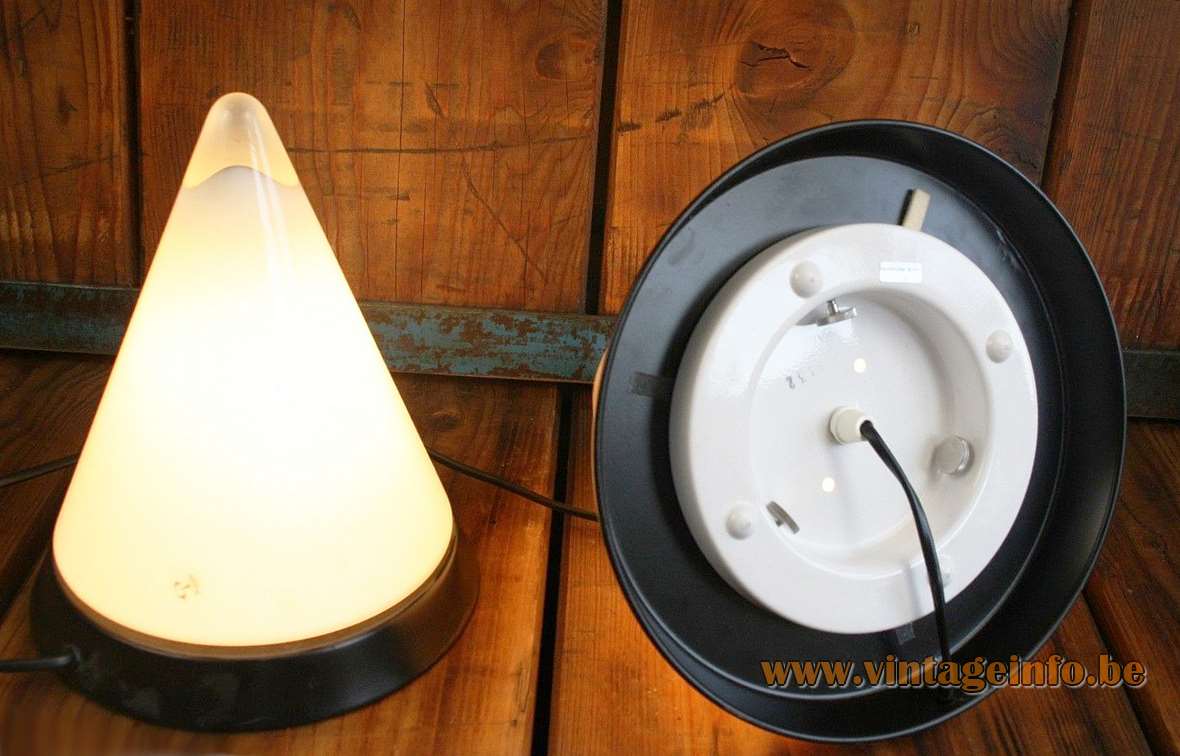 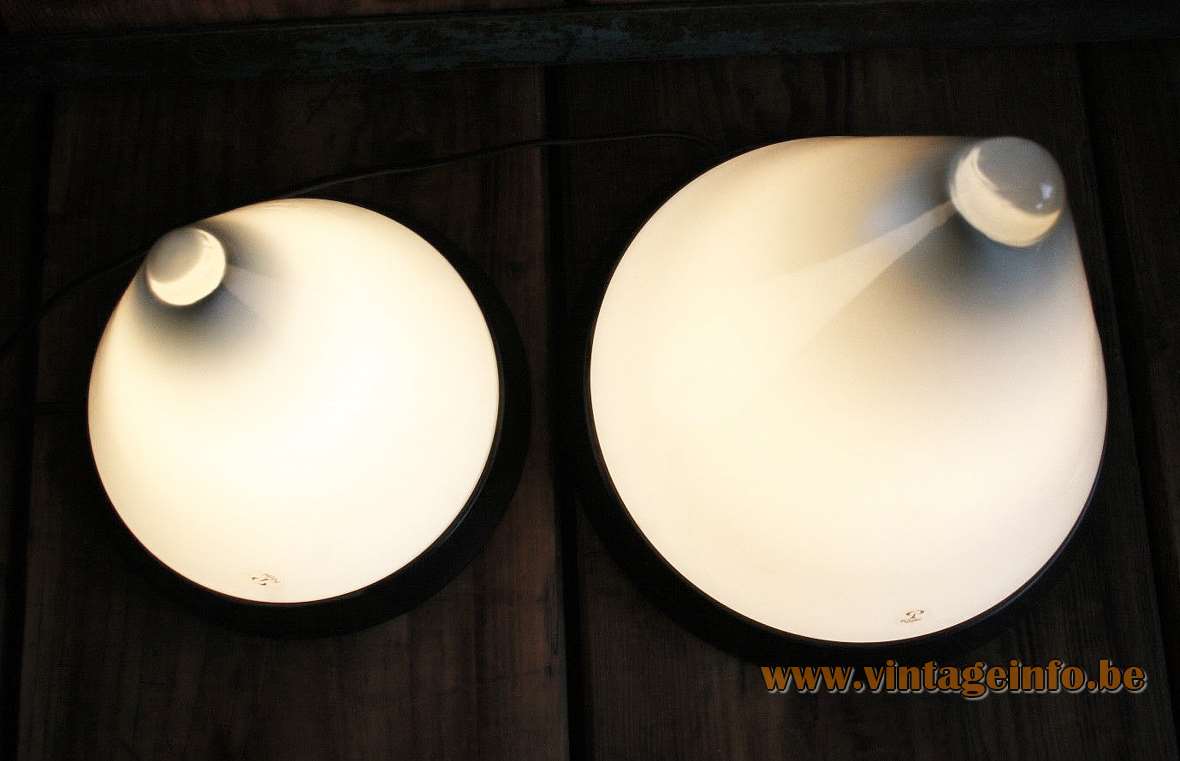 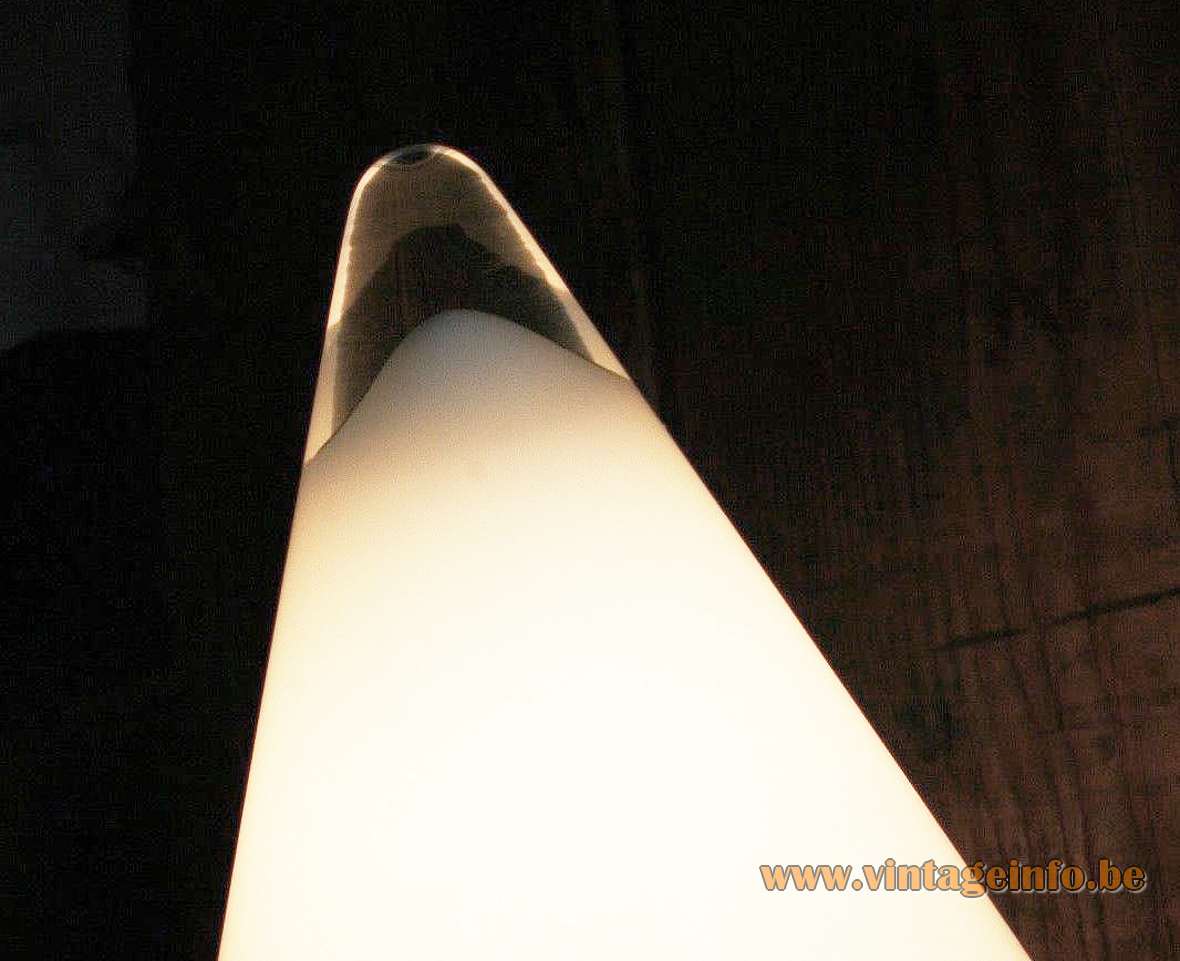 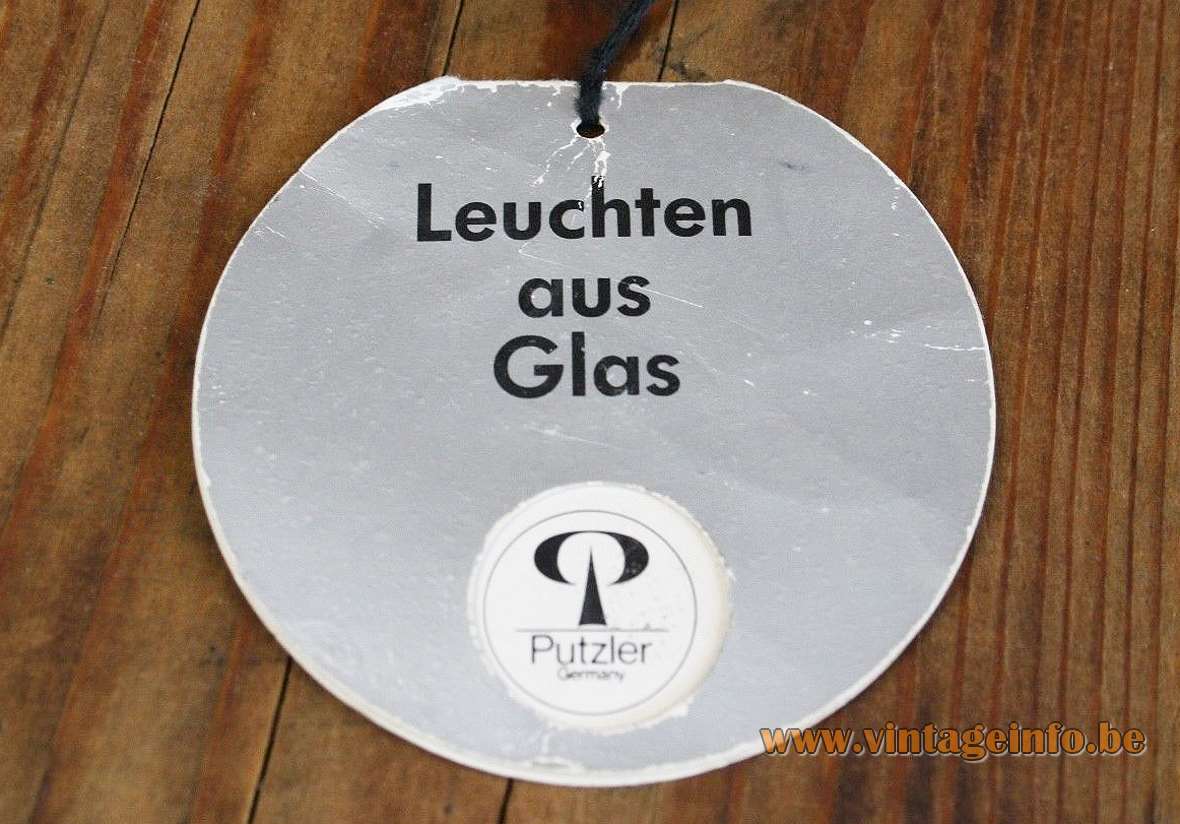 The biggest version of the Kibo table lamp

The Kibo was also made as a flush mount. The same glass was used for the Dark 100 table lamp, as you can see in the 2008 catalogue picture.

A similar lamp was produced in the 90s by the French company SCE, La Société centrale d’Eclairage. In 2019 it still was in production. It is made in the same way with a clear top. You can find the Teepee table lamp over here.

In the 1950s 1500 people were working for the company. They also produced glass for other light companies in Europe, such as Raak, Lichtarchitectuur, The Netherlands. 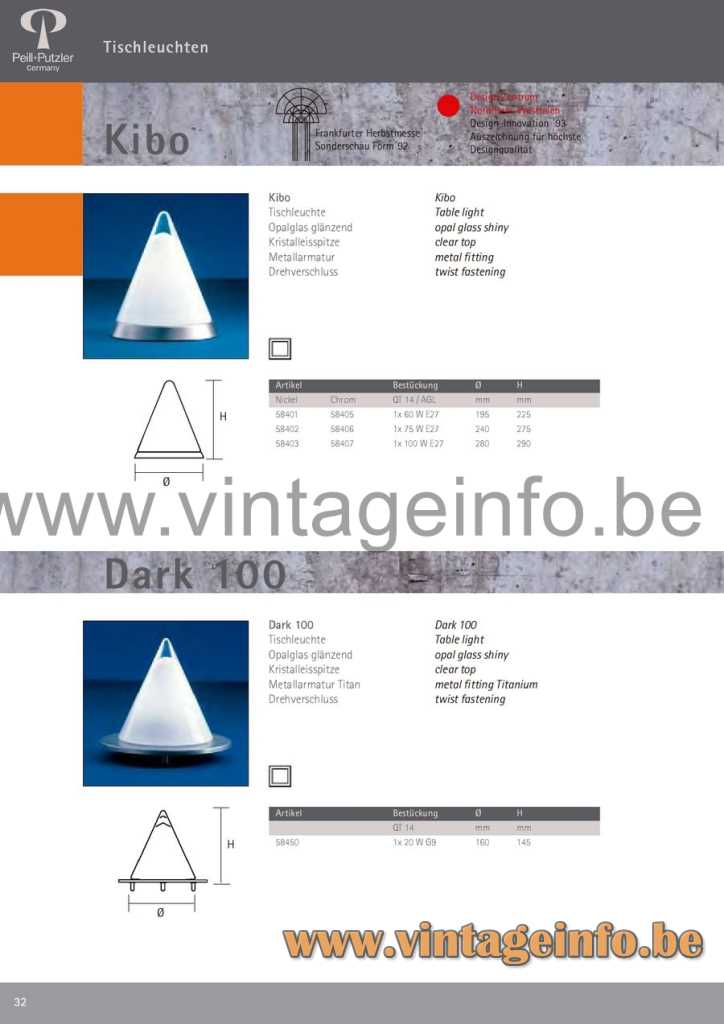 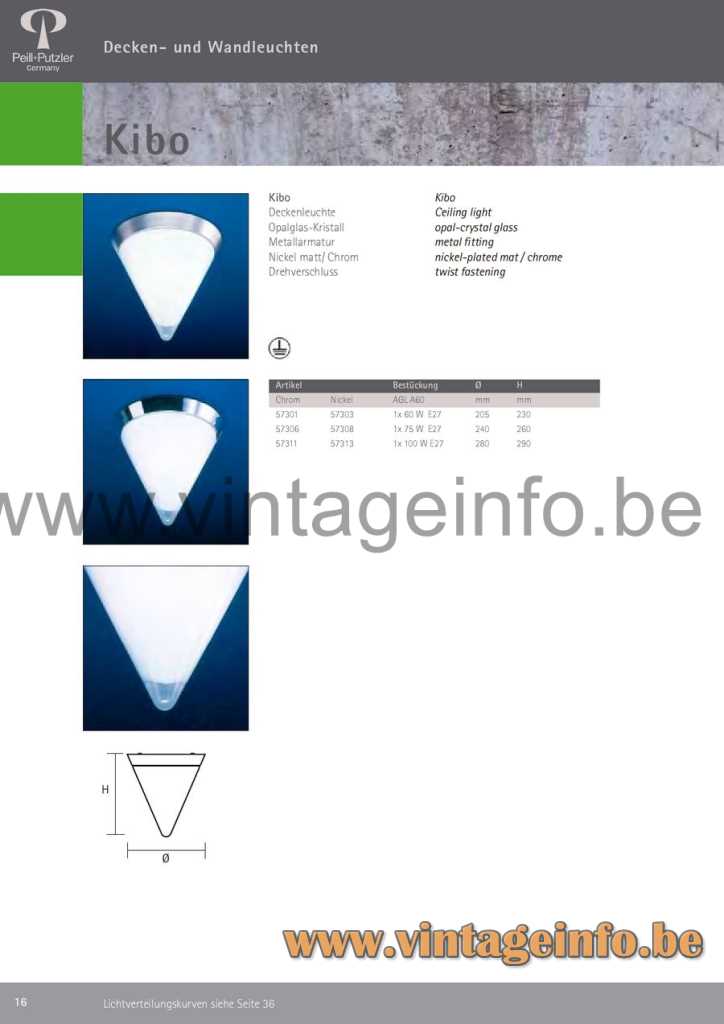