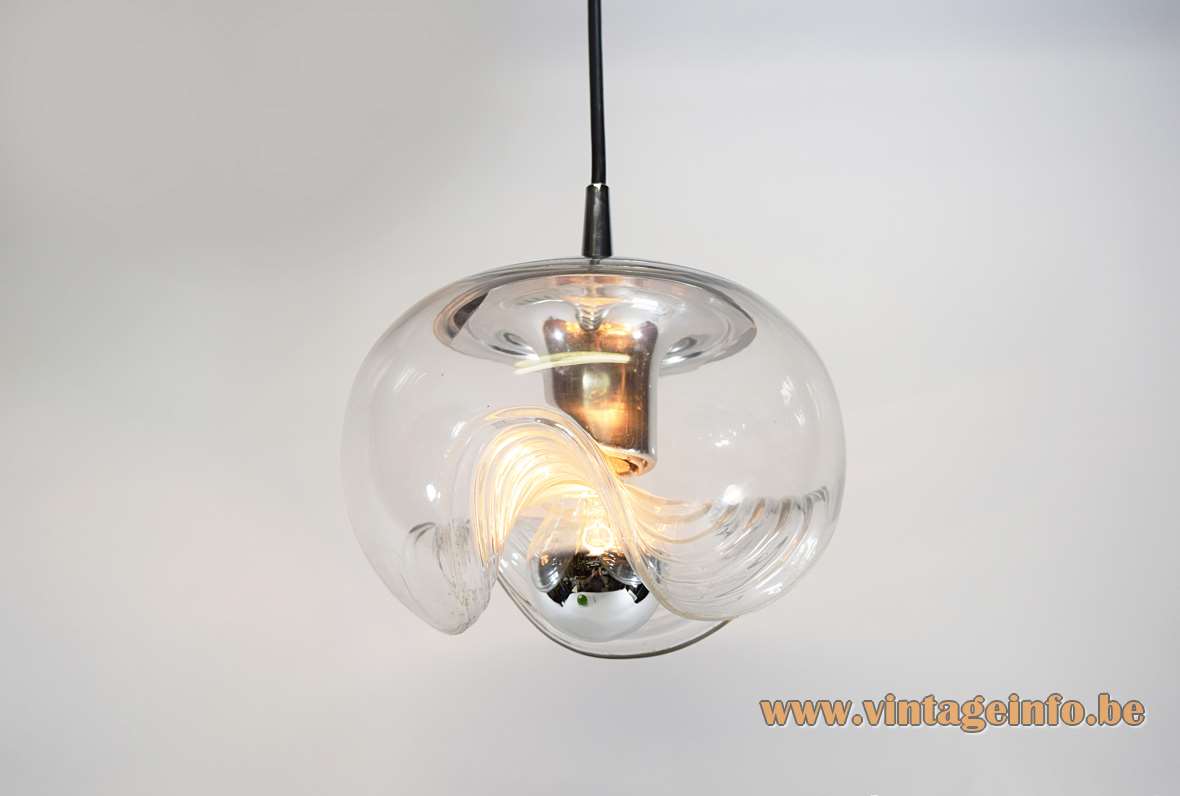 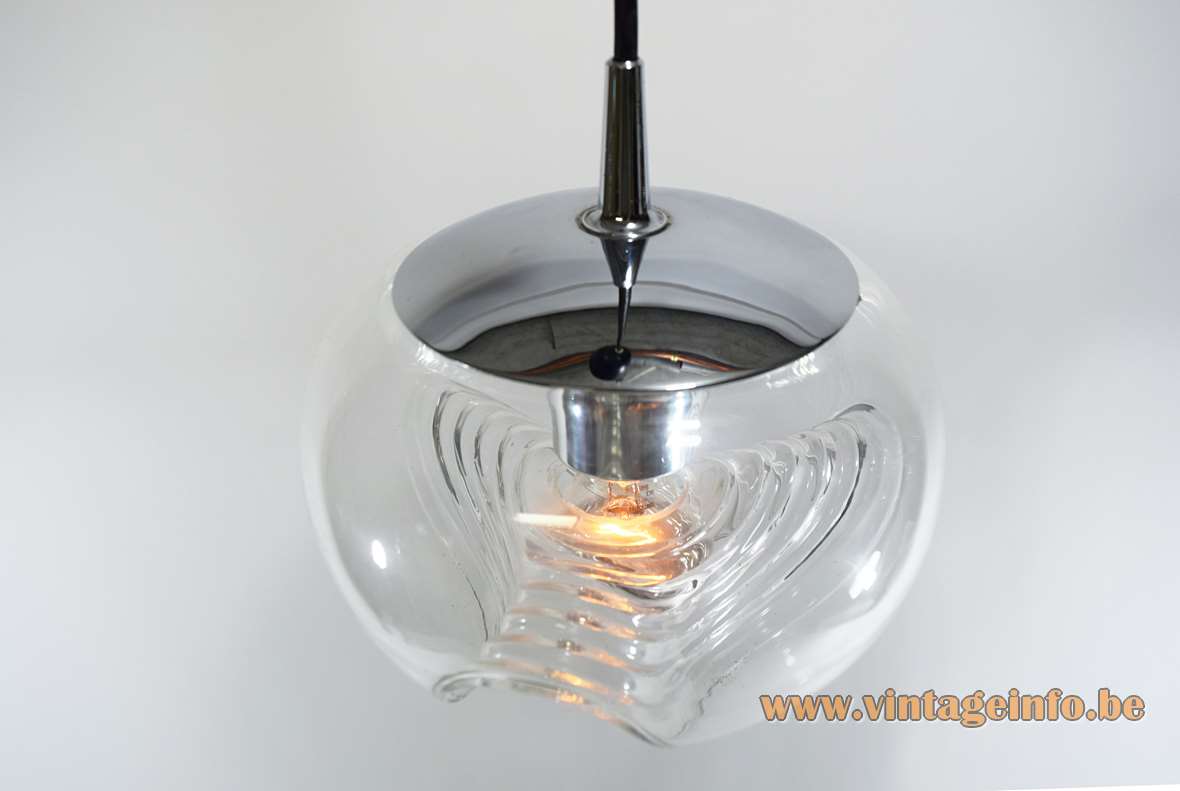 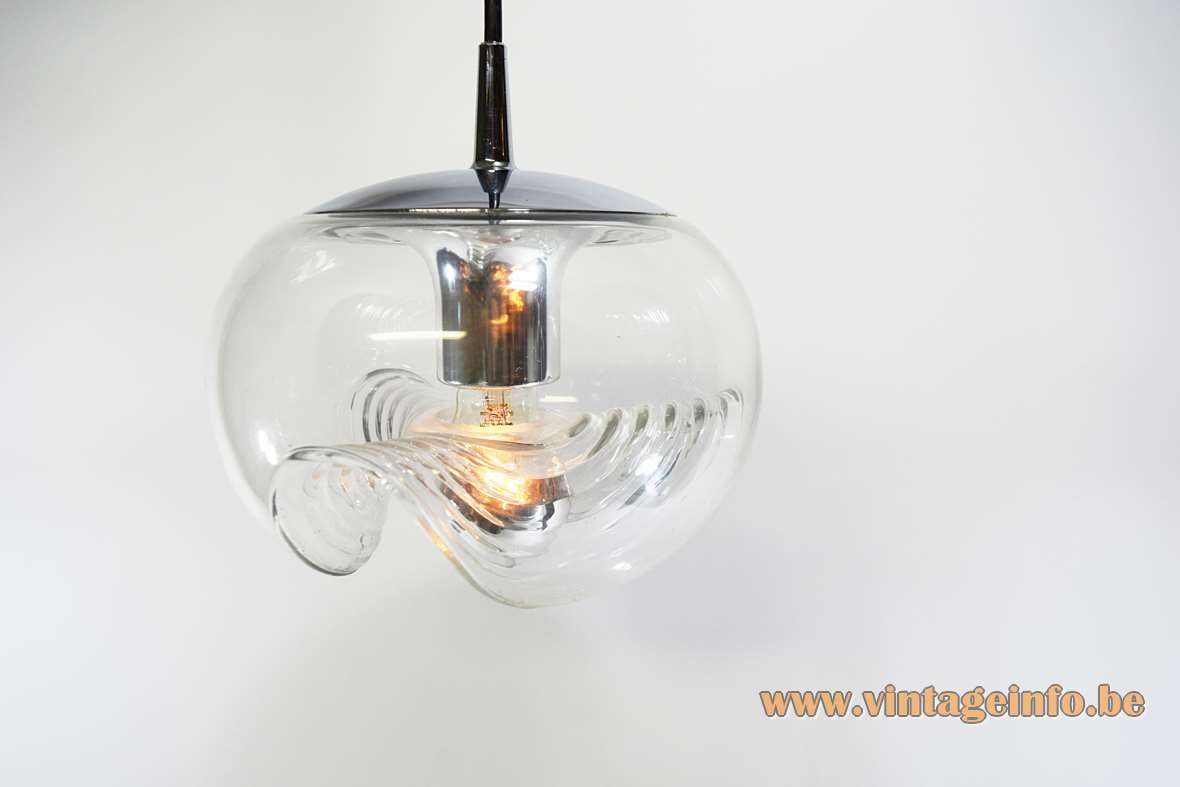 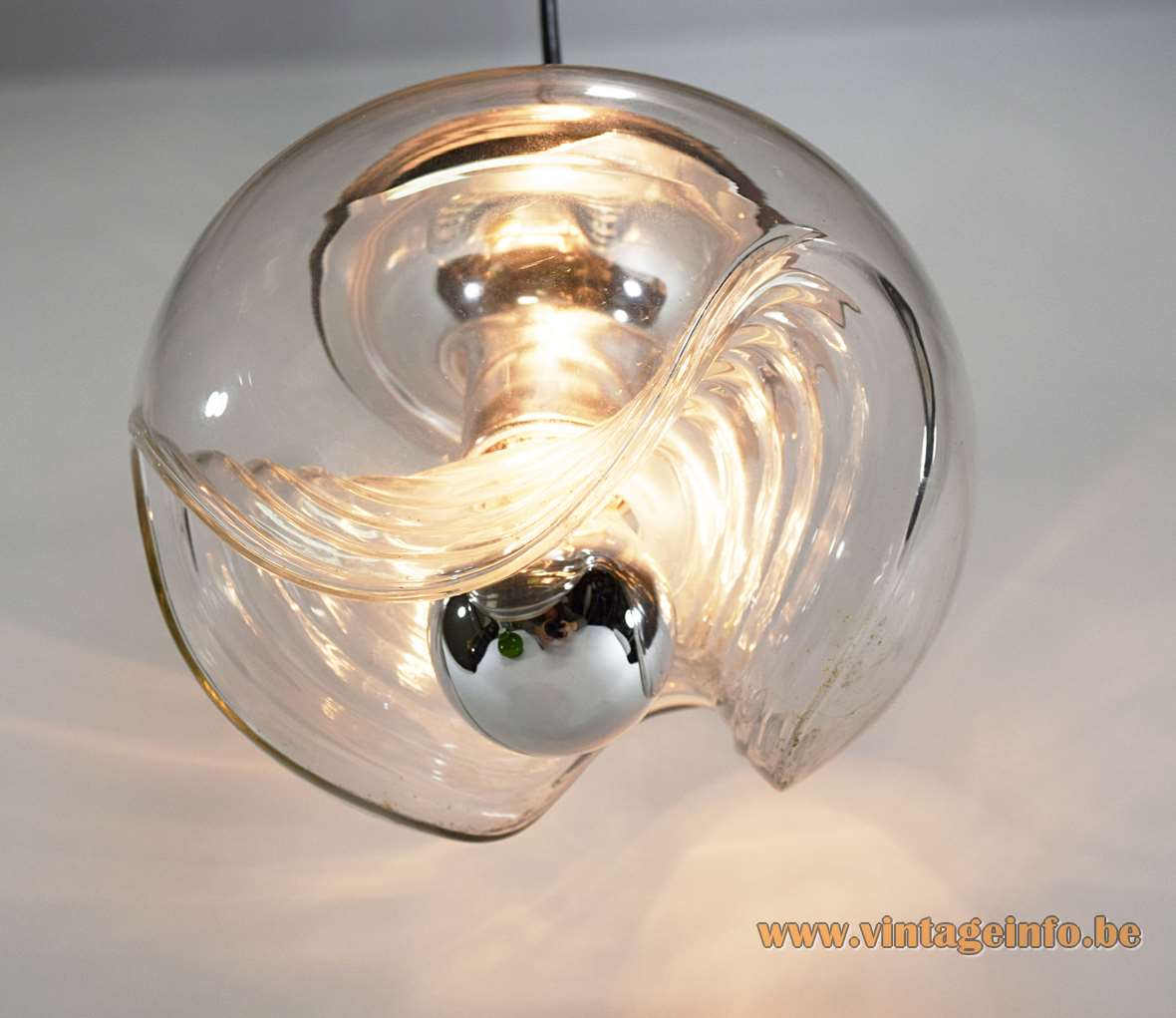 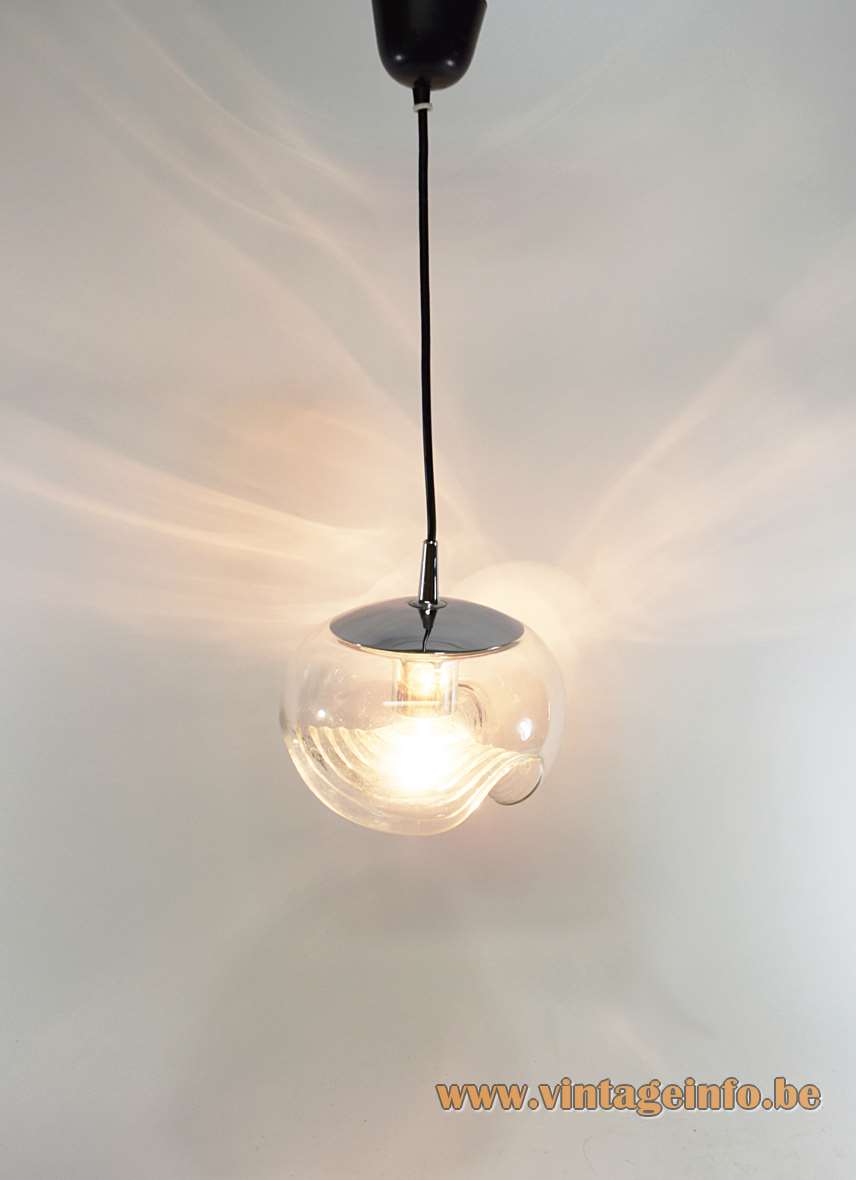 Other version and a ceiling lamp 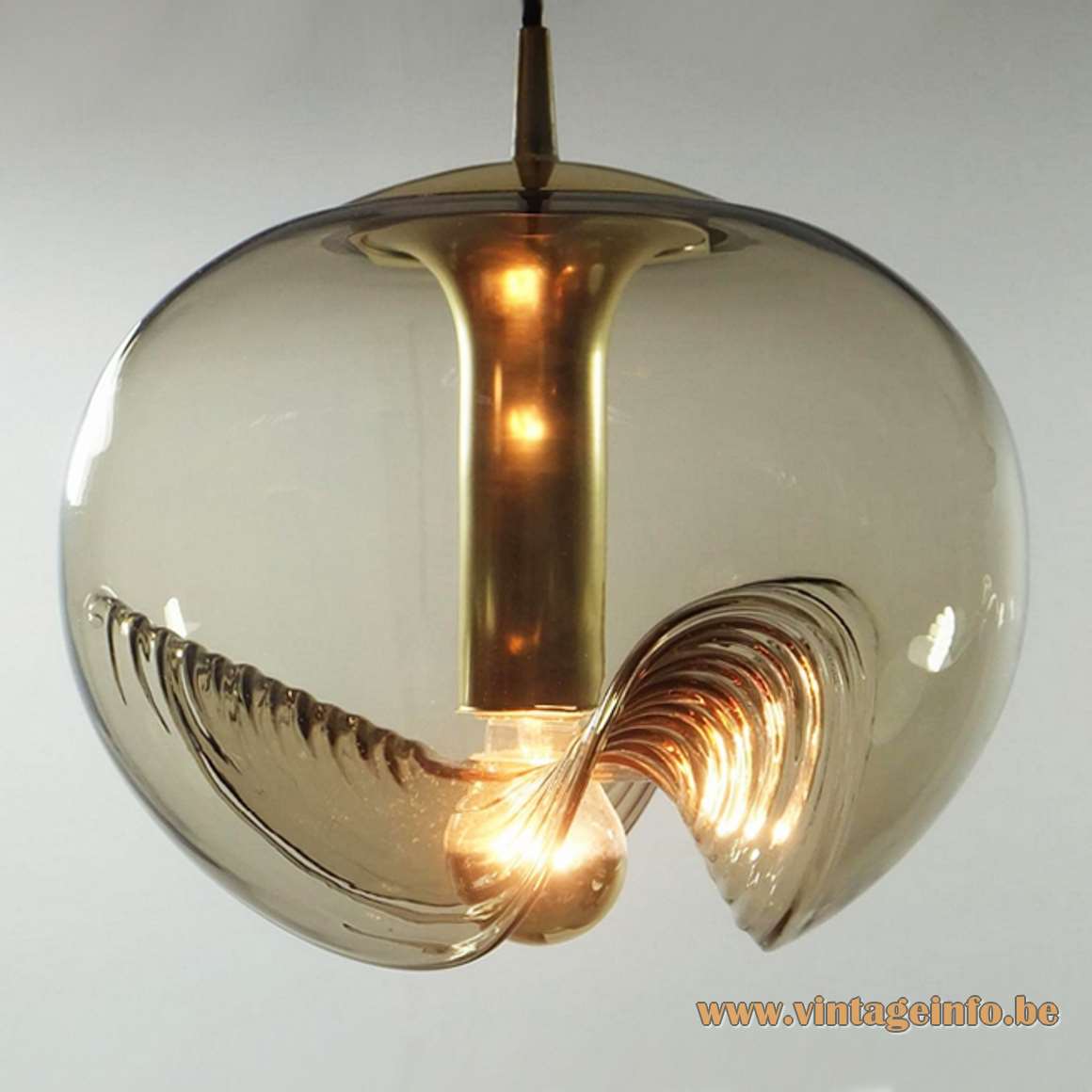 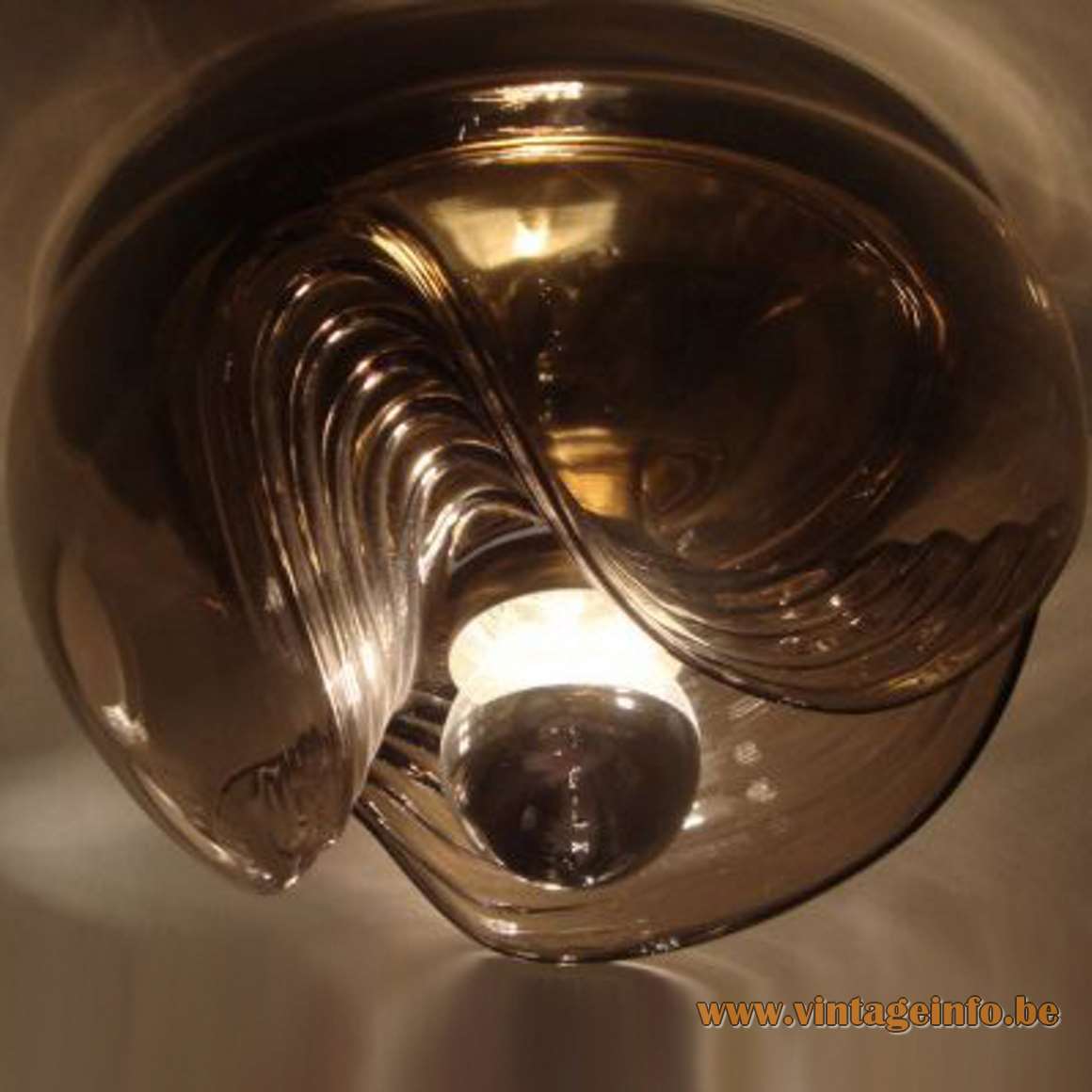 Other versions: The Peill + Putzler Futura pendant lamp was also made in smoked “topaz” crystal glass with brass parts. Produced in several sizes. Made as a wall lamp, a flush mount and a table lamp.

Some vintage dealers say that this lamp is named “Anemone“. Others say that it is a Murano lamp designed by Toni Zuccheri, but it is only reminiscent. And some sellers say “Wave“, also a fabrication.

Often attributed to Koch + Lowy (Koch & Lowy) for the design. Koch + Lowy is an American lighting company and not a design team. They only sold this lamp and named it Maelstrom. They probably only used the Peill + Putzler glass, because the other parts are different, as you can see below in a catalogue picture. Koch + Lowy sold many European lamps made by Vistosi, Glashütte Limburg, Temde, Venini, Sothis, Luxus, Bag Turgi and several others. 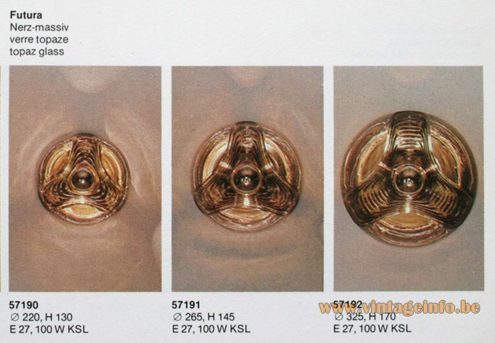