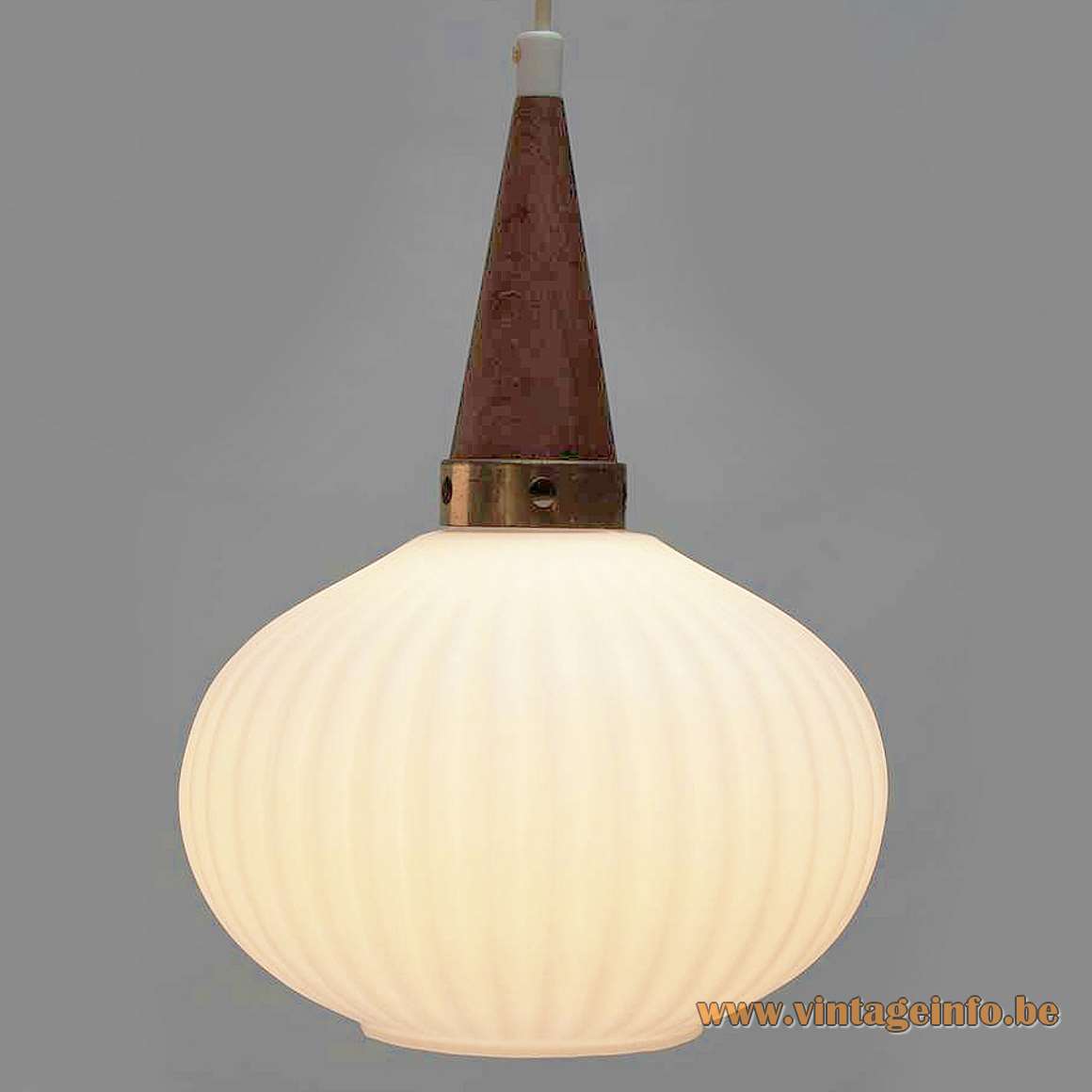 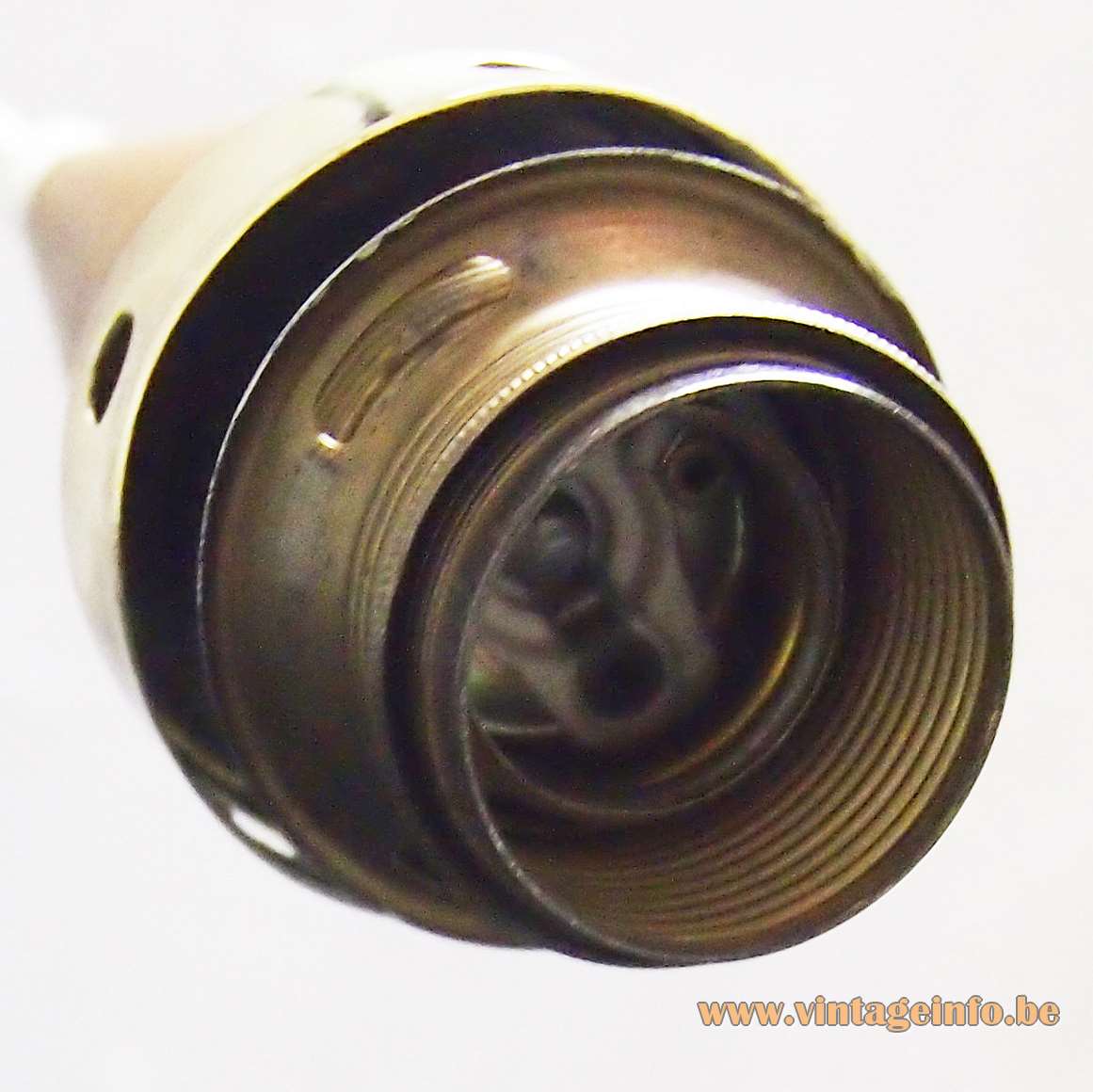 This lamp as a single pendant

Other versions: This Scandinavian style 1950s cascade pendant chandelier was made in slight variations. This one has a hexagonal canopy. They were also build with a round one. Exists also as a single pendant lamp and a wall lamp. Produced with different models of glass. Also the metal ring around the wood on top of the glass was made in brass plated iron or in chromed iron. A single pendant lamp can be found here. This chandelier is model 5053/3. 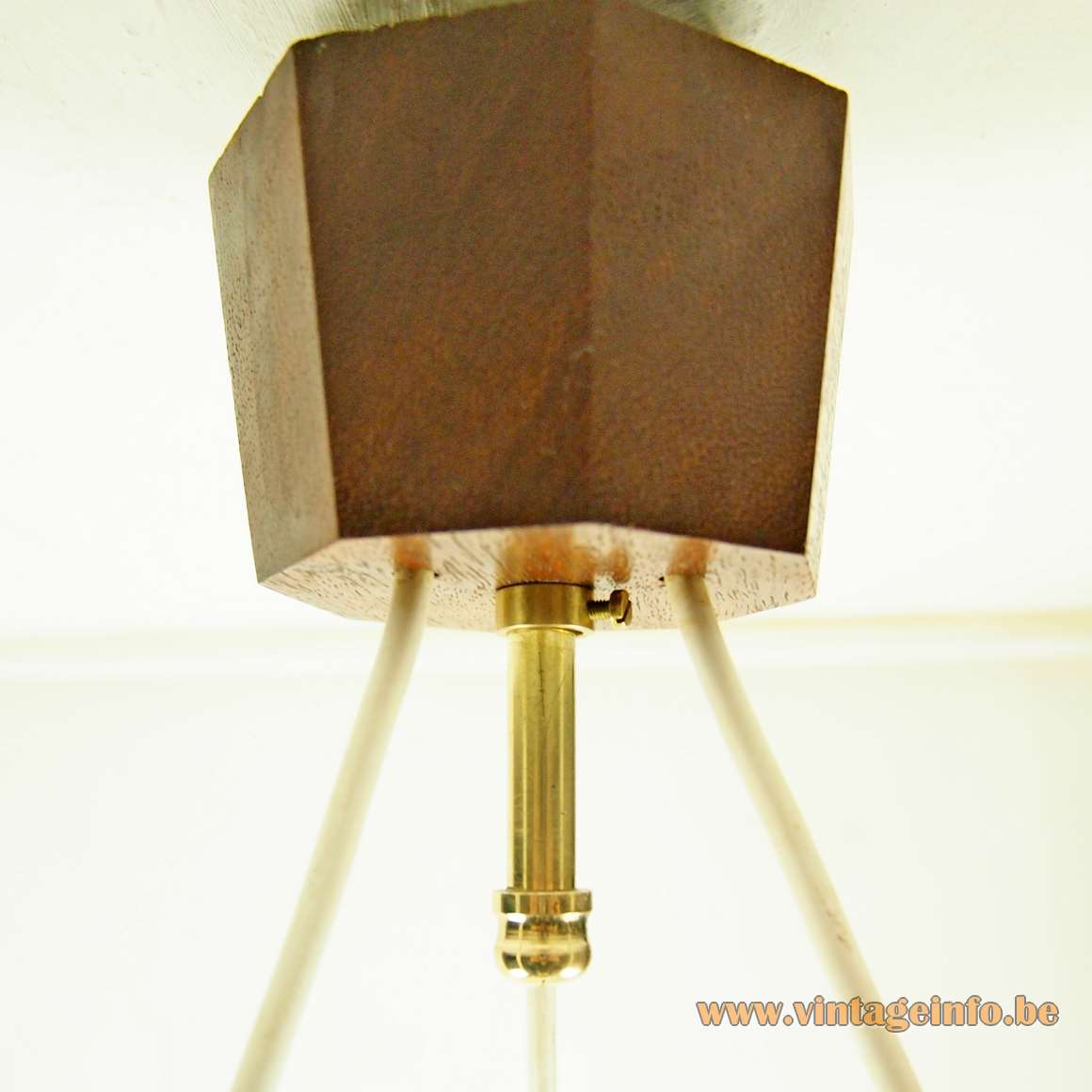 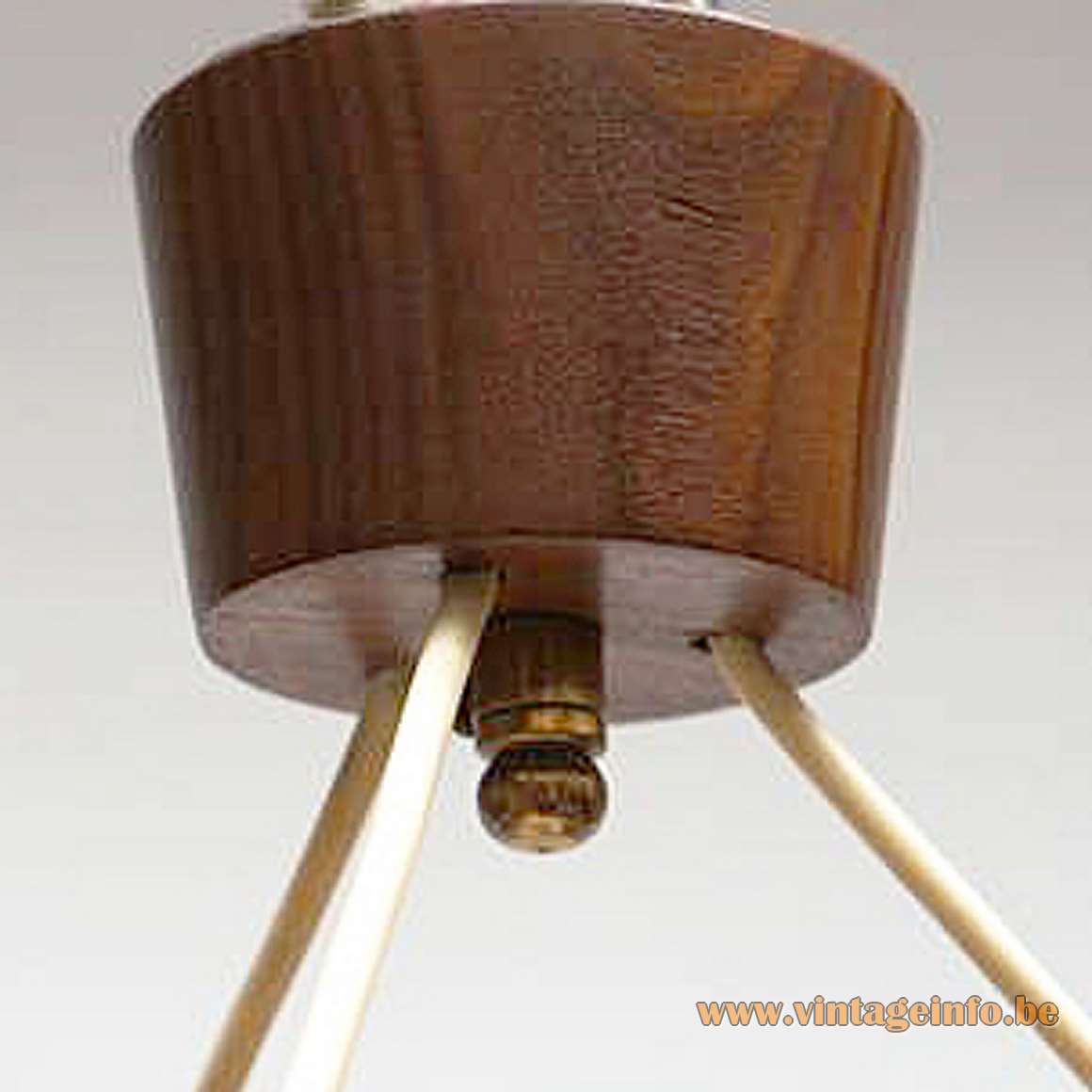 Many Thanks to Ger for the beautiful pictures and enthusiasm.
Many thanks to Bart for the catalogue picture!