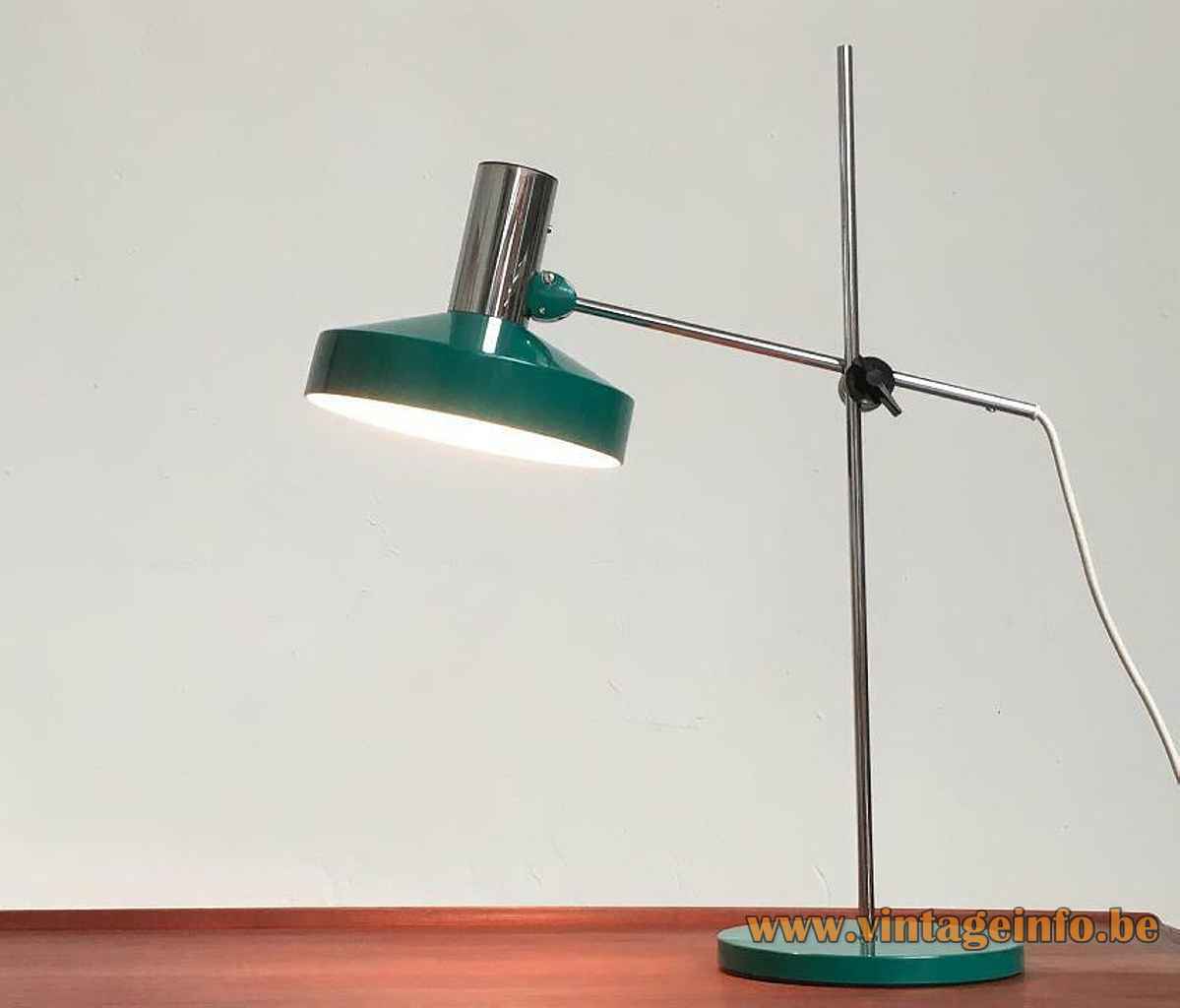 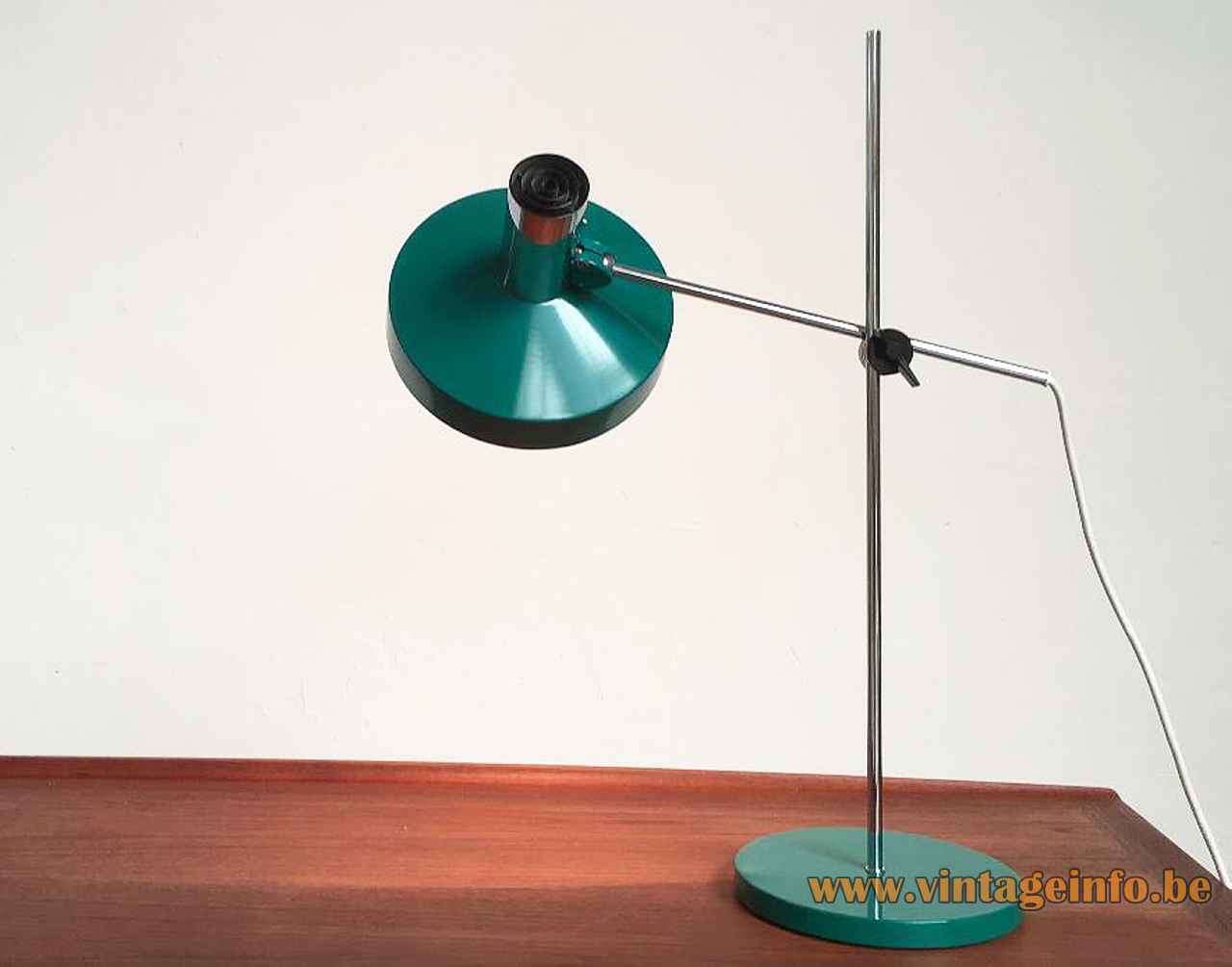 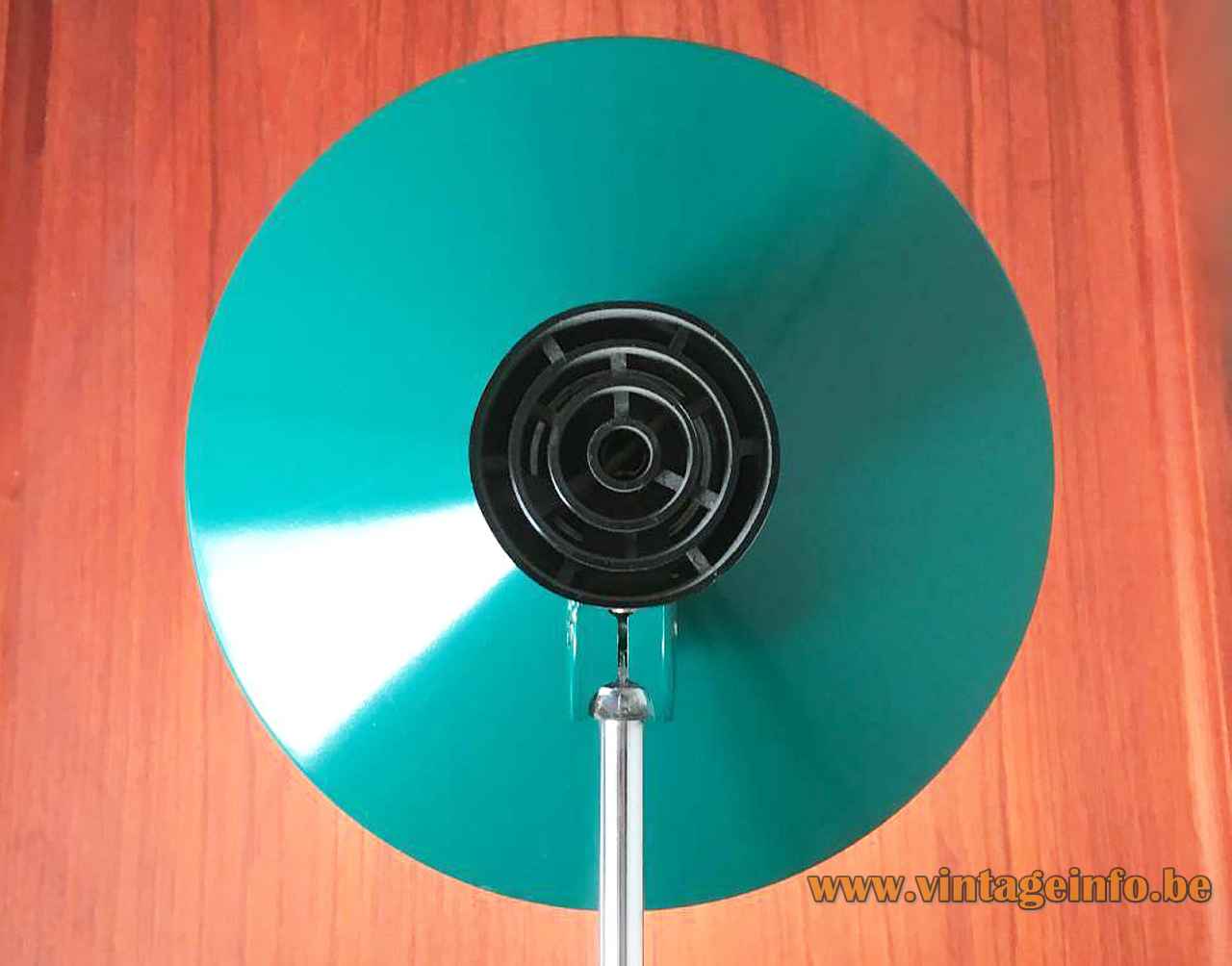 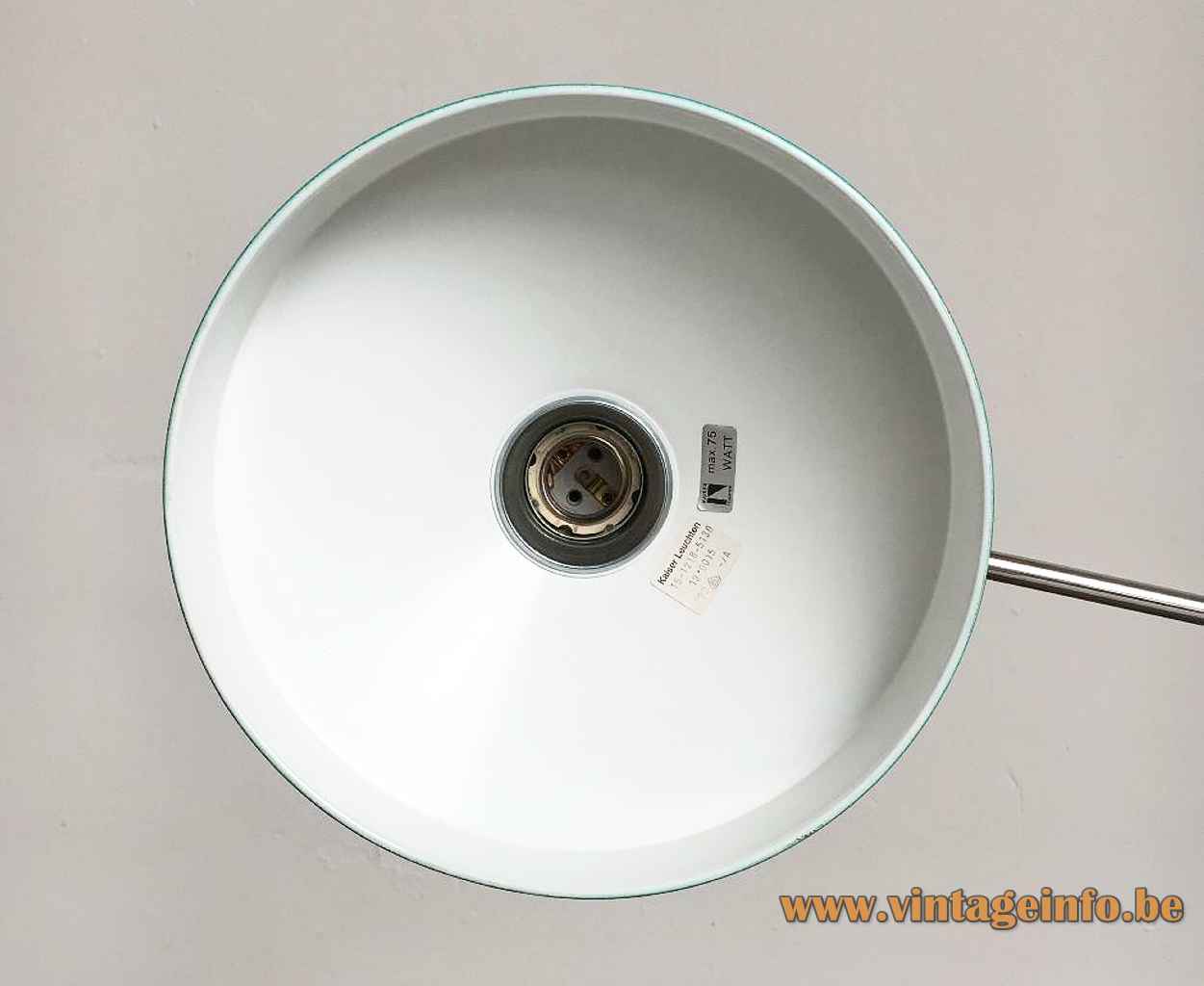 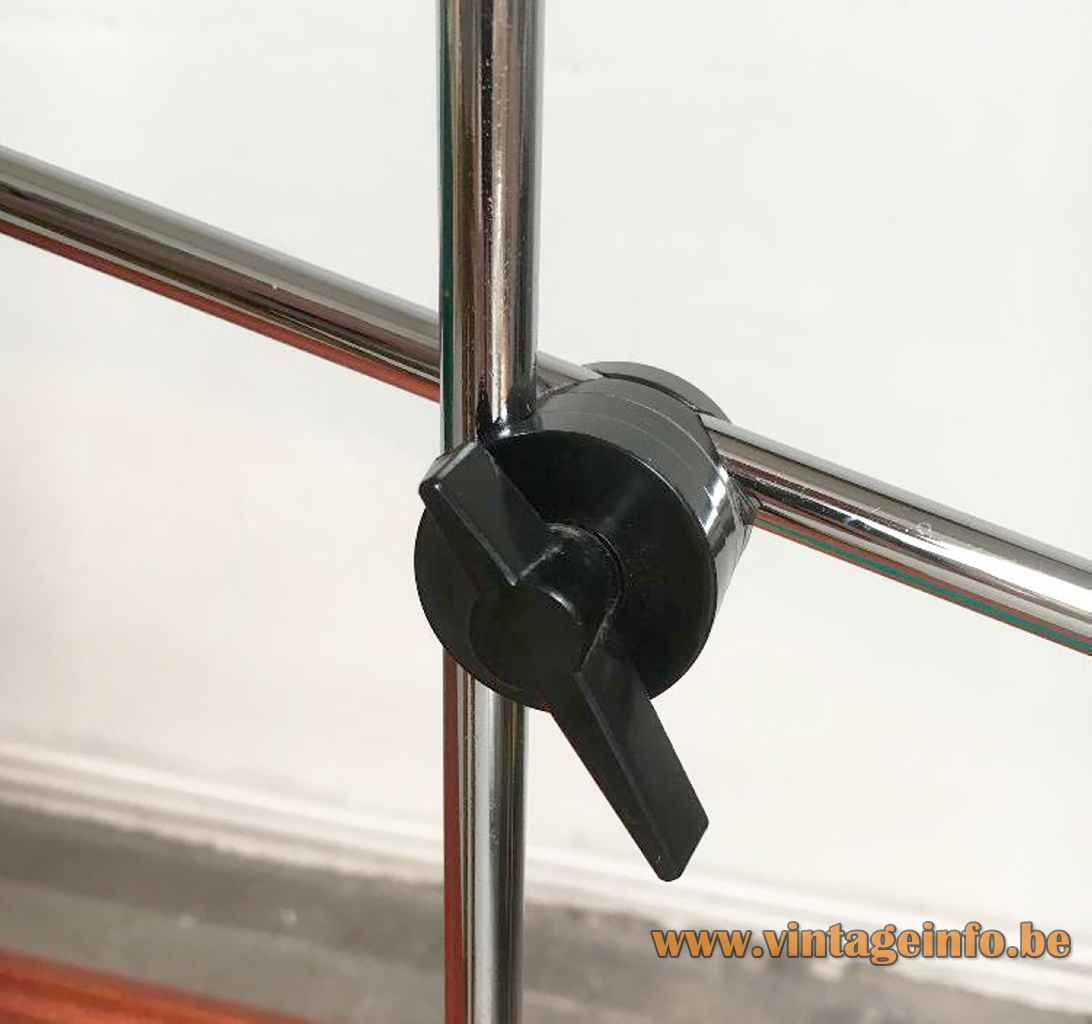 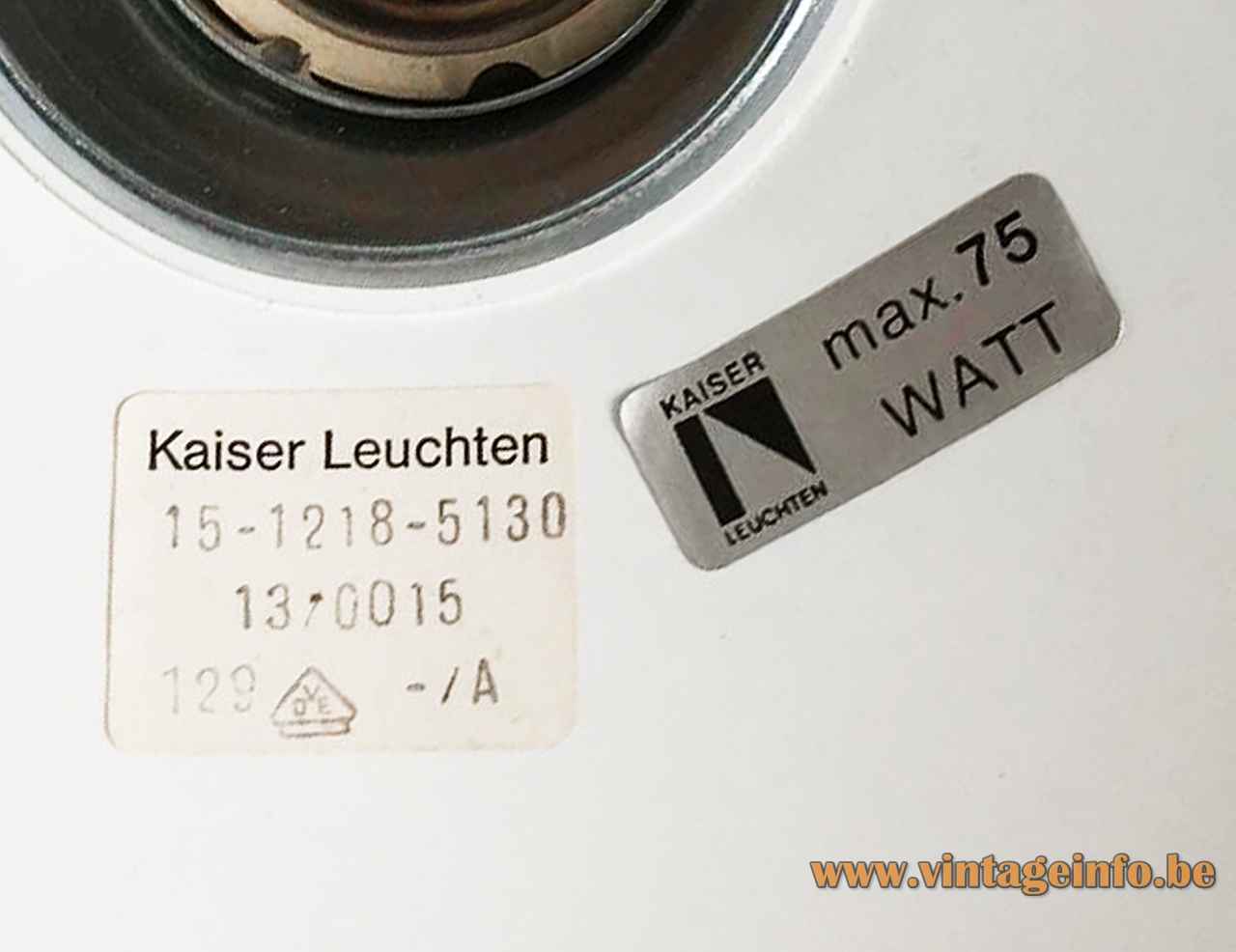 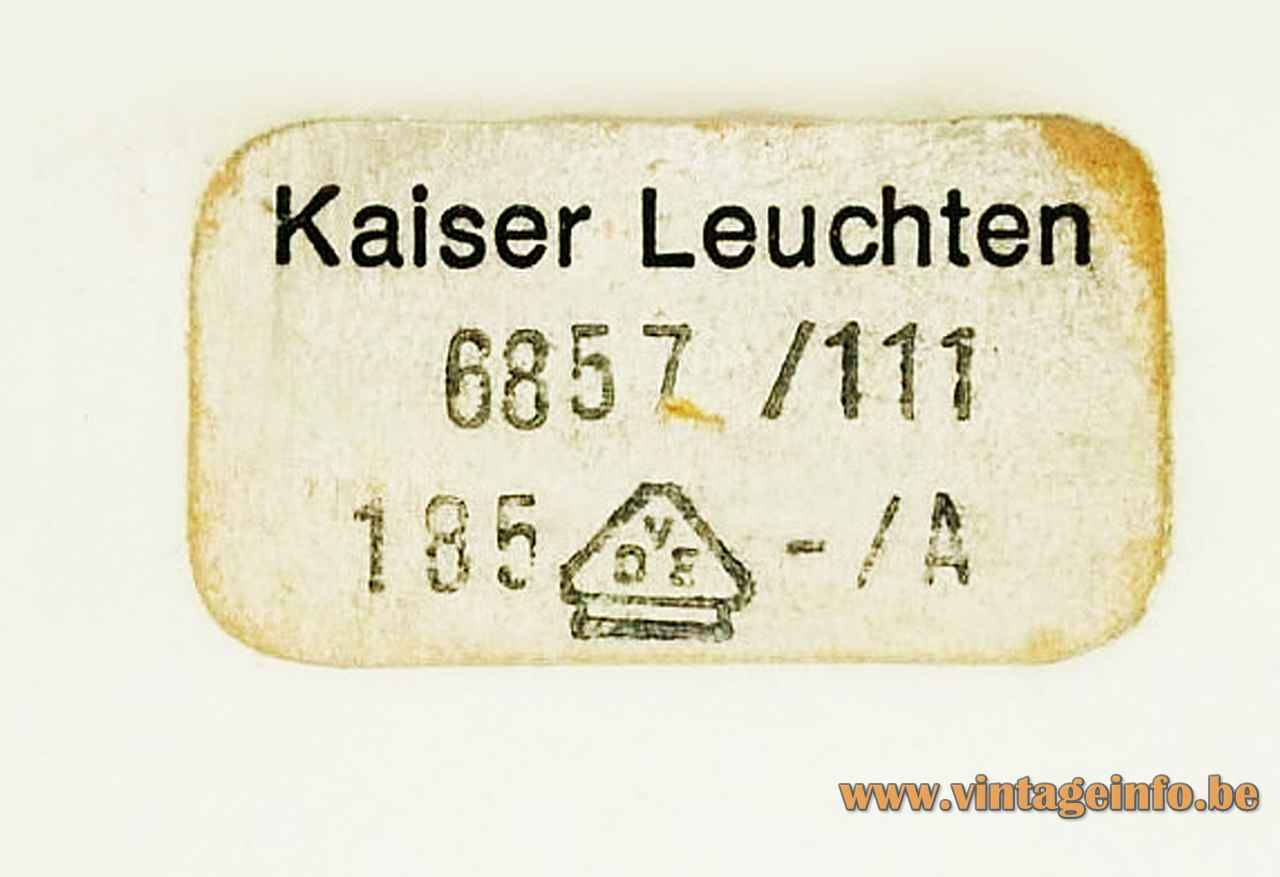 Unfortunately the label of this one is faded. 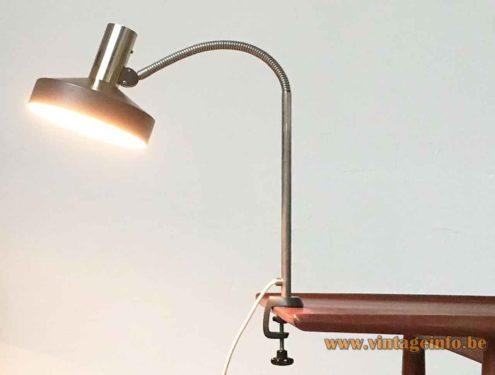 A Kaiser Leuchten desk lamp 6857 with a chrome gooseneck and a flat round metal base was used as a prop in the 2008 British fantasy crime drama and police television series Ashes to Ashes. Here in episode 2 of the third series from 2010. Starring: Philip Glenister, Keeley Hawes and Dean Andrews. 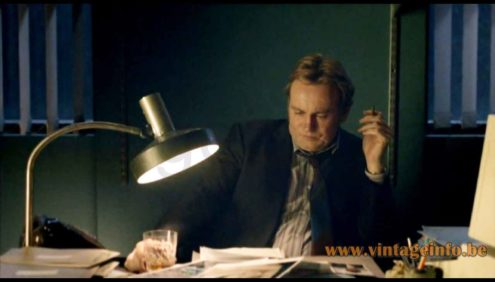 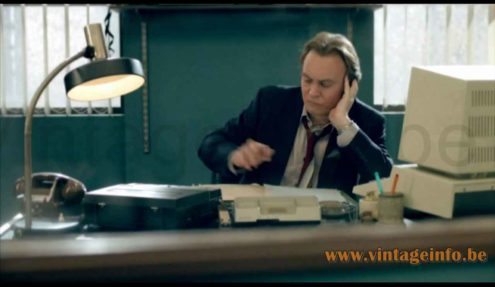 Other versions: This Kaiser Leuchten desk lamp 6857 exists in several colours. It was made in many versions. The lampshade was used for many other lamps, with a clamp, a gooseneck other adjustment screws and so on. It was made for many years.

It also has different numbers, early versions  are 6857, later versions such as this one are numbered 15-1218-5130. Many other numbers were used, depending on colour and used materials. But all with the same lampshade and joint.