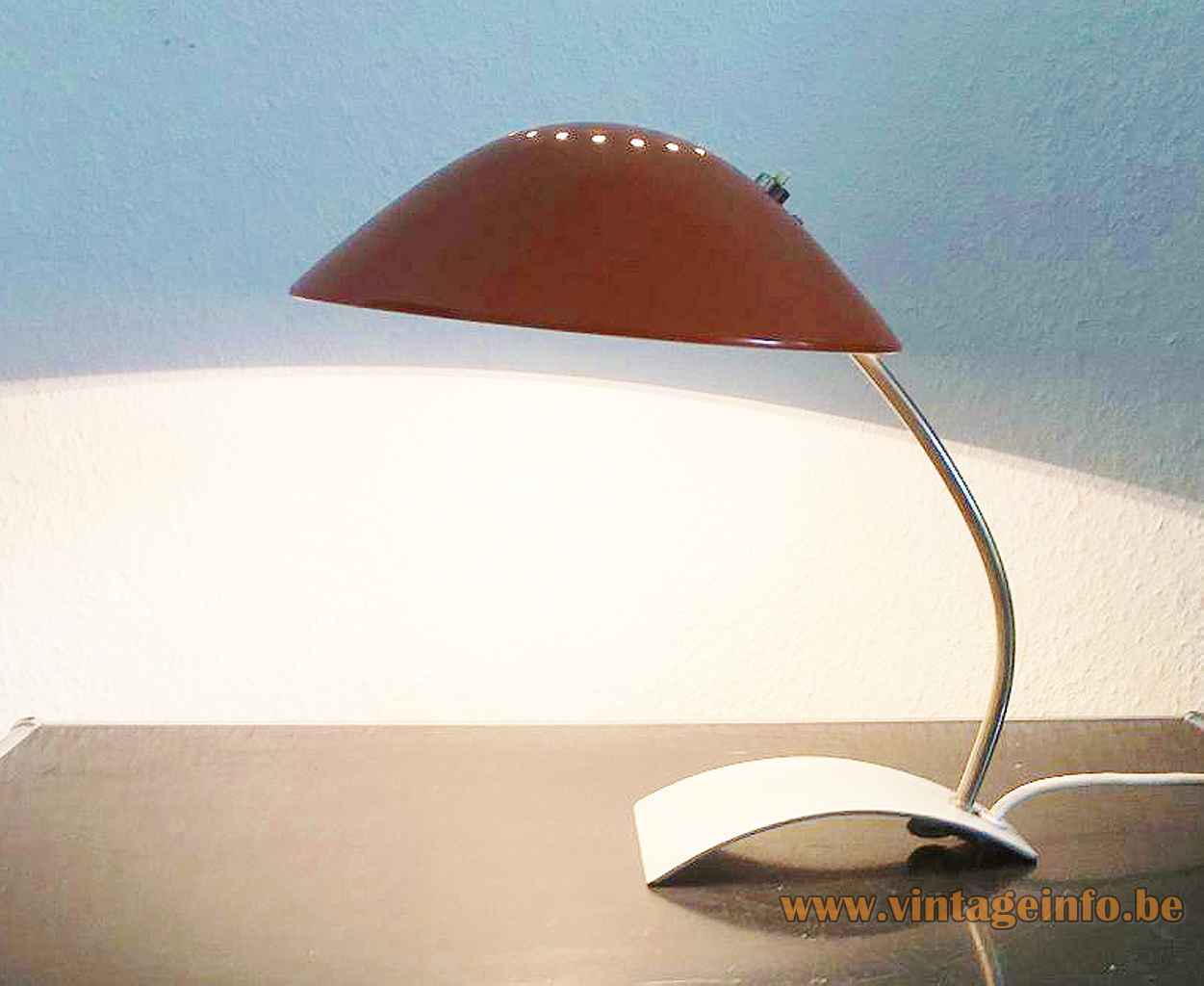 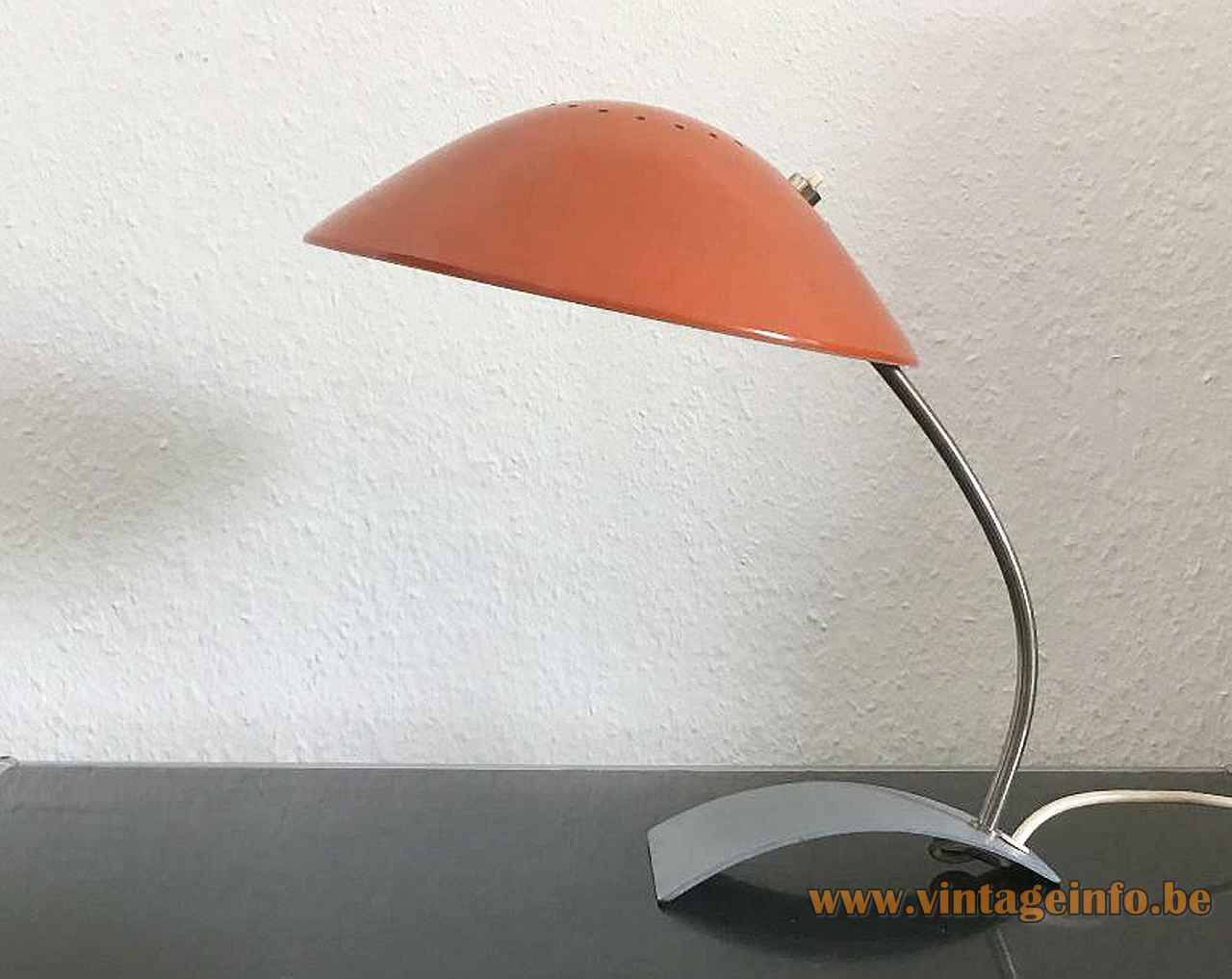 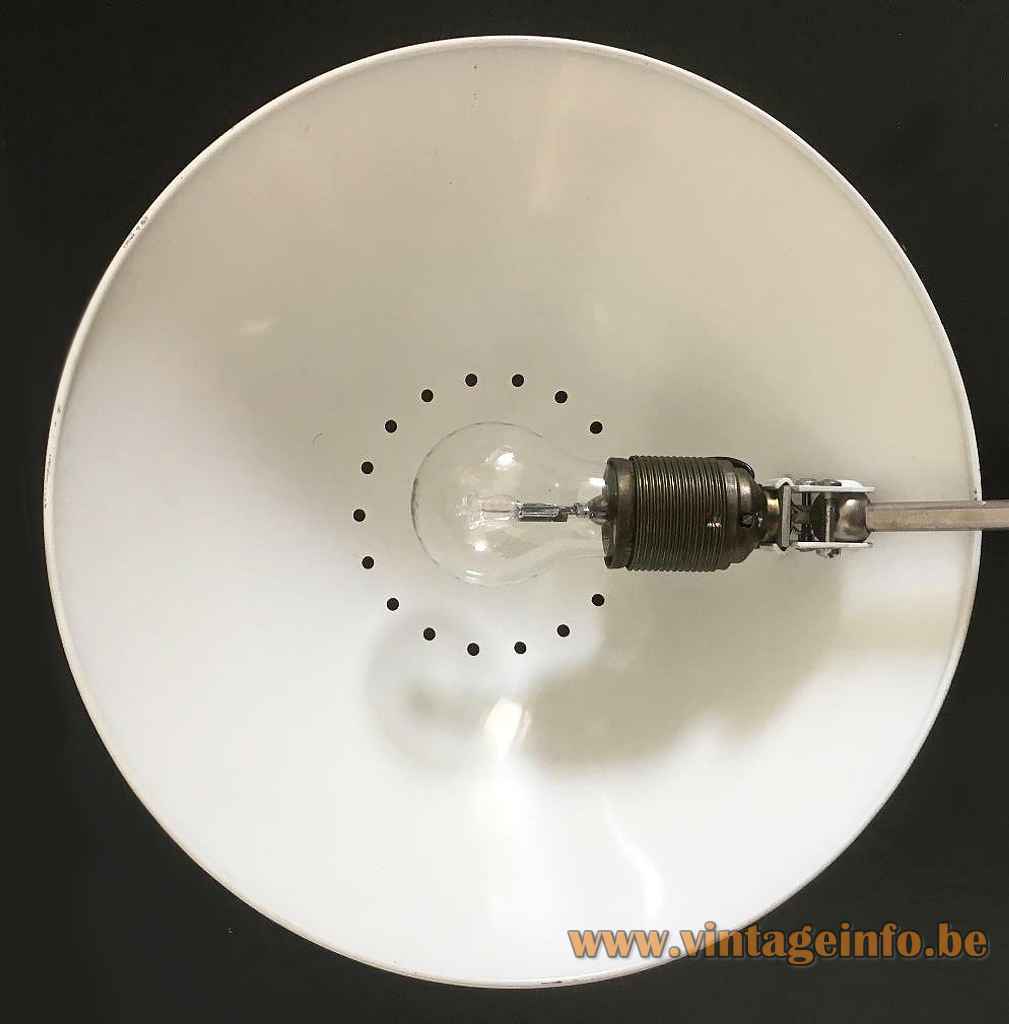 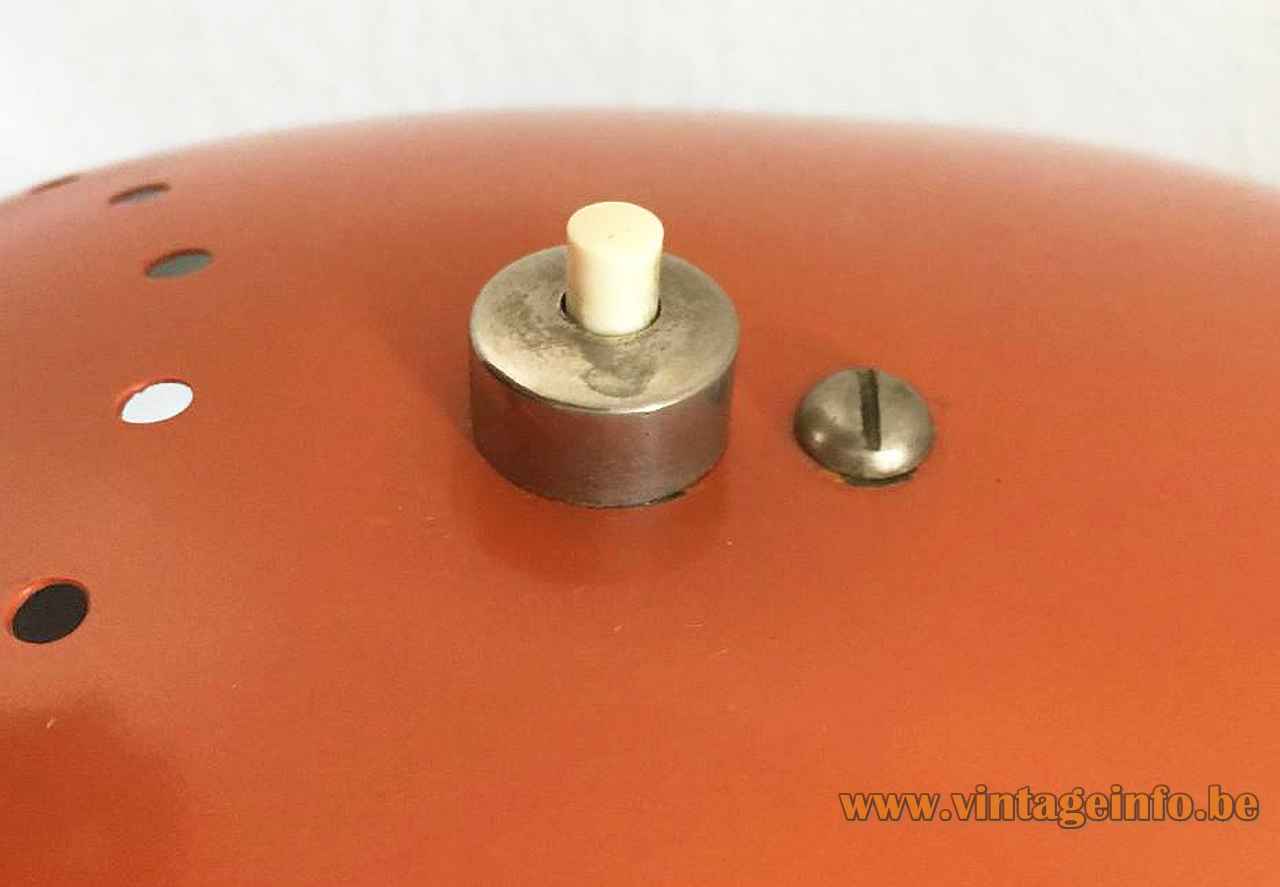 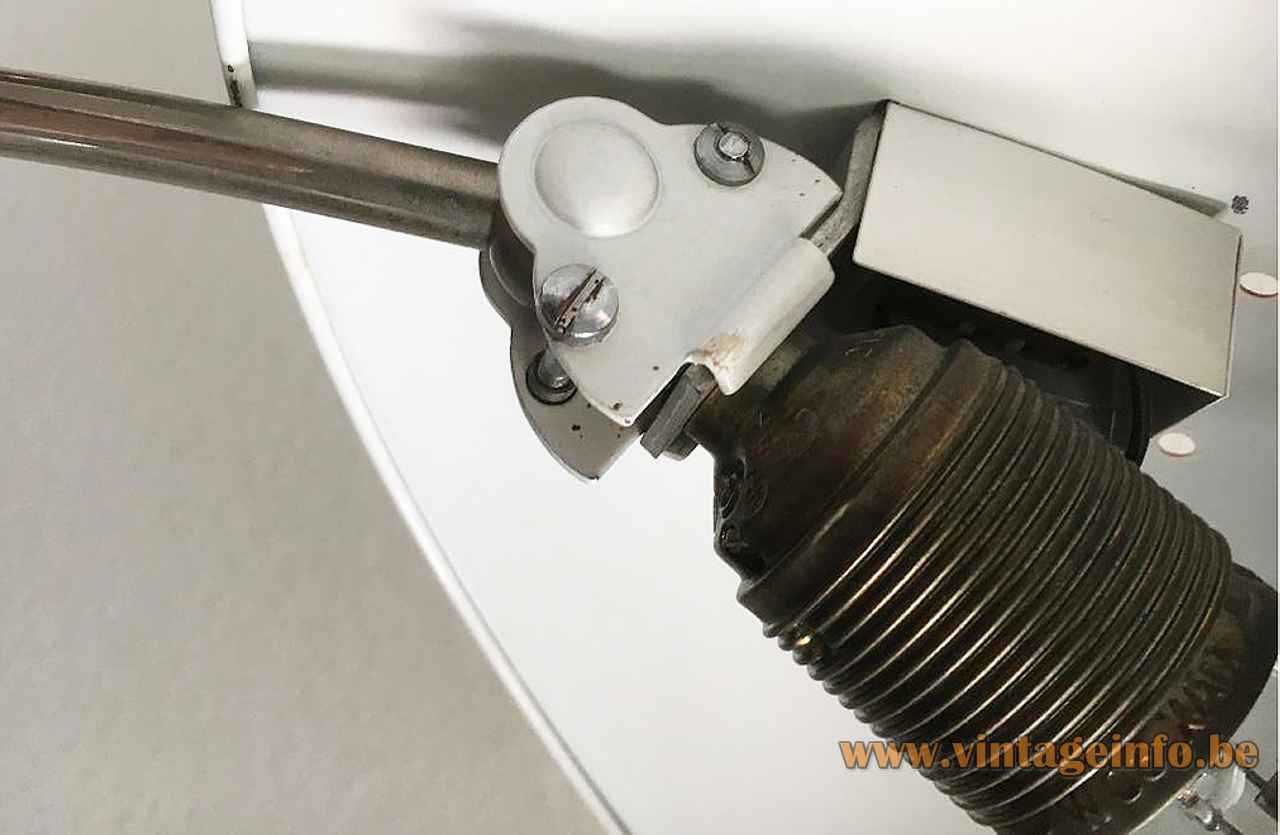 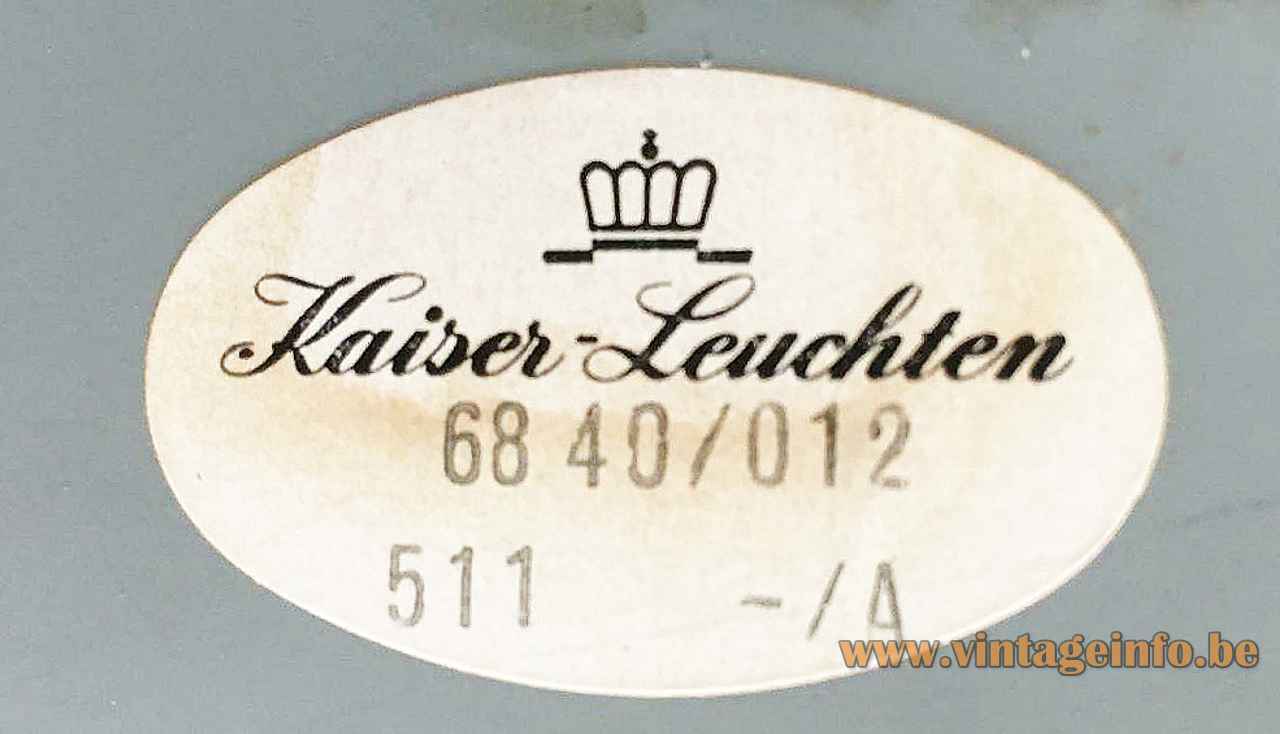 Materials: Curved silver painted metal base. Curved chrome rod. Orange mushroom lampshade with a perforated round holes in a circle on top. Switch on top of the lampshade with a chrome ring. Metal joint & parts. Metal  E27 socket.

Other versions: This Kaiser Leuchten desk lamp 6840 exists in many colours.