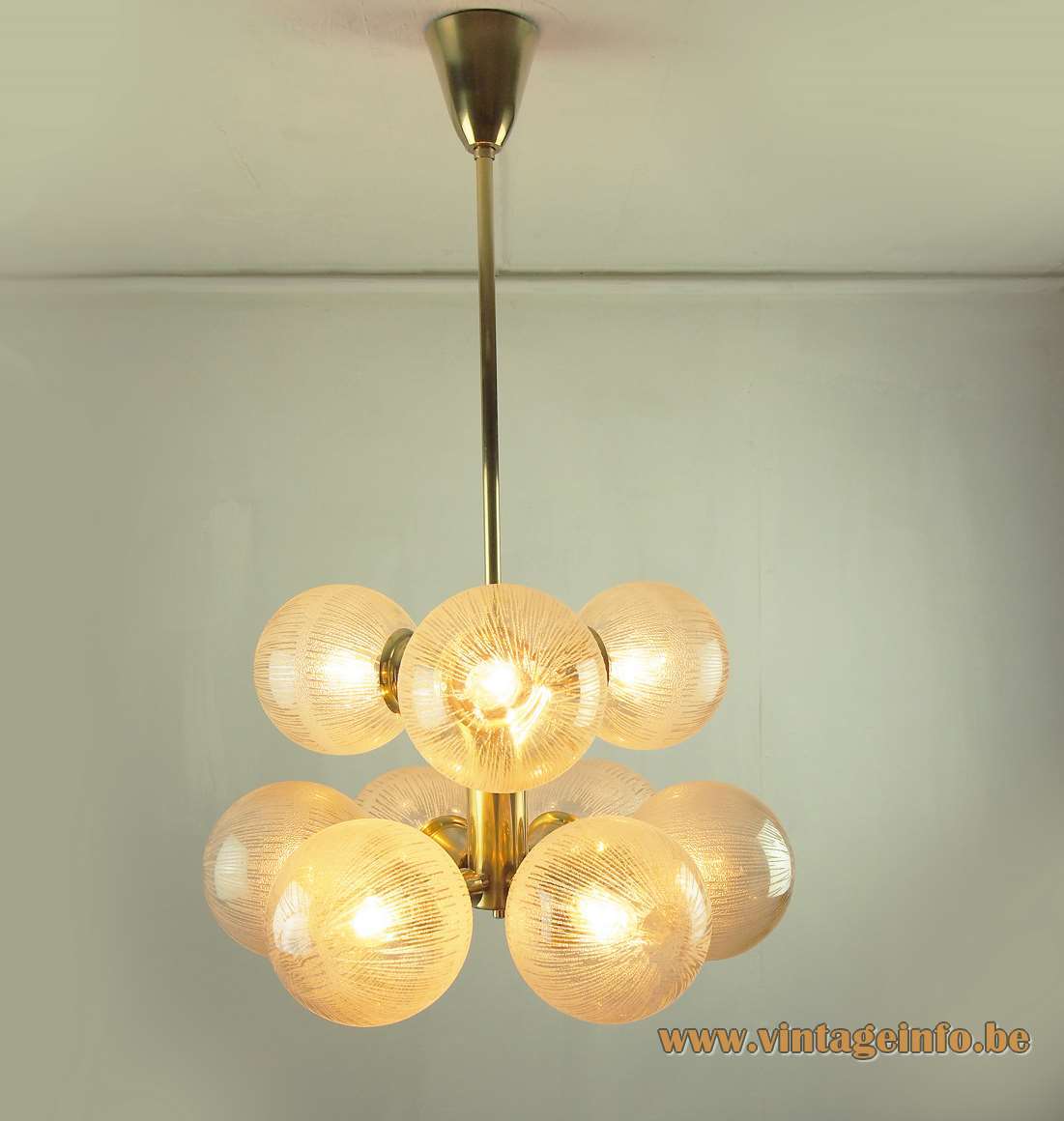 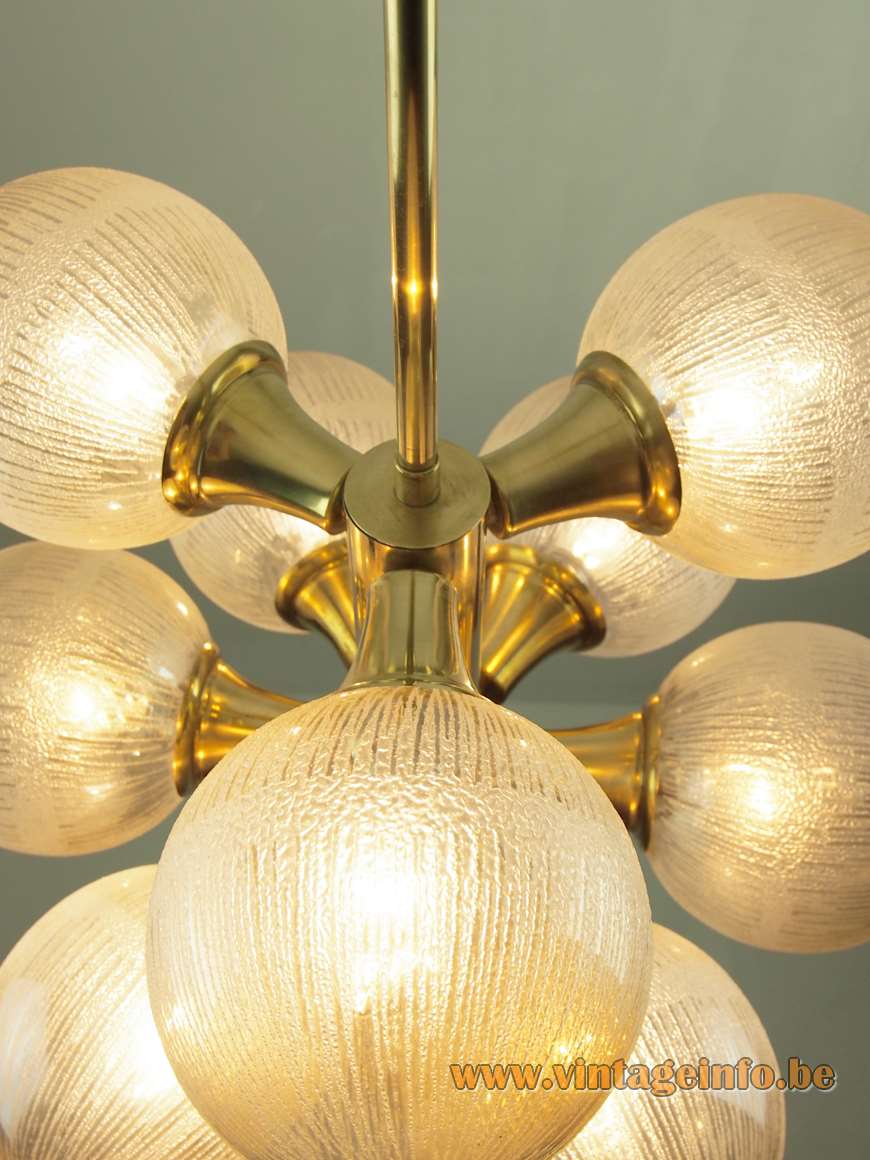 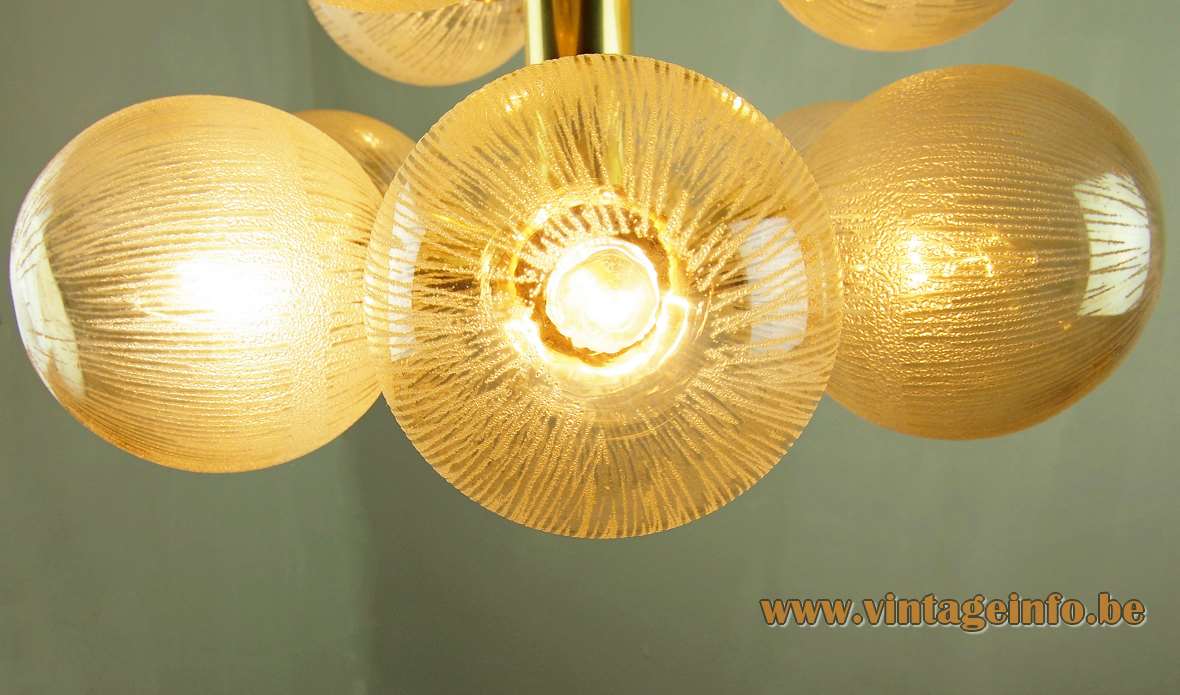 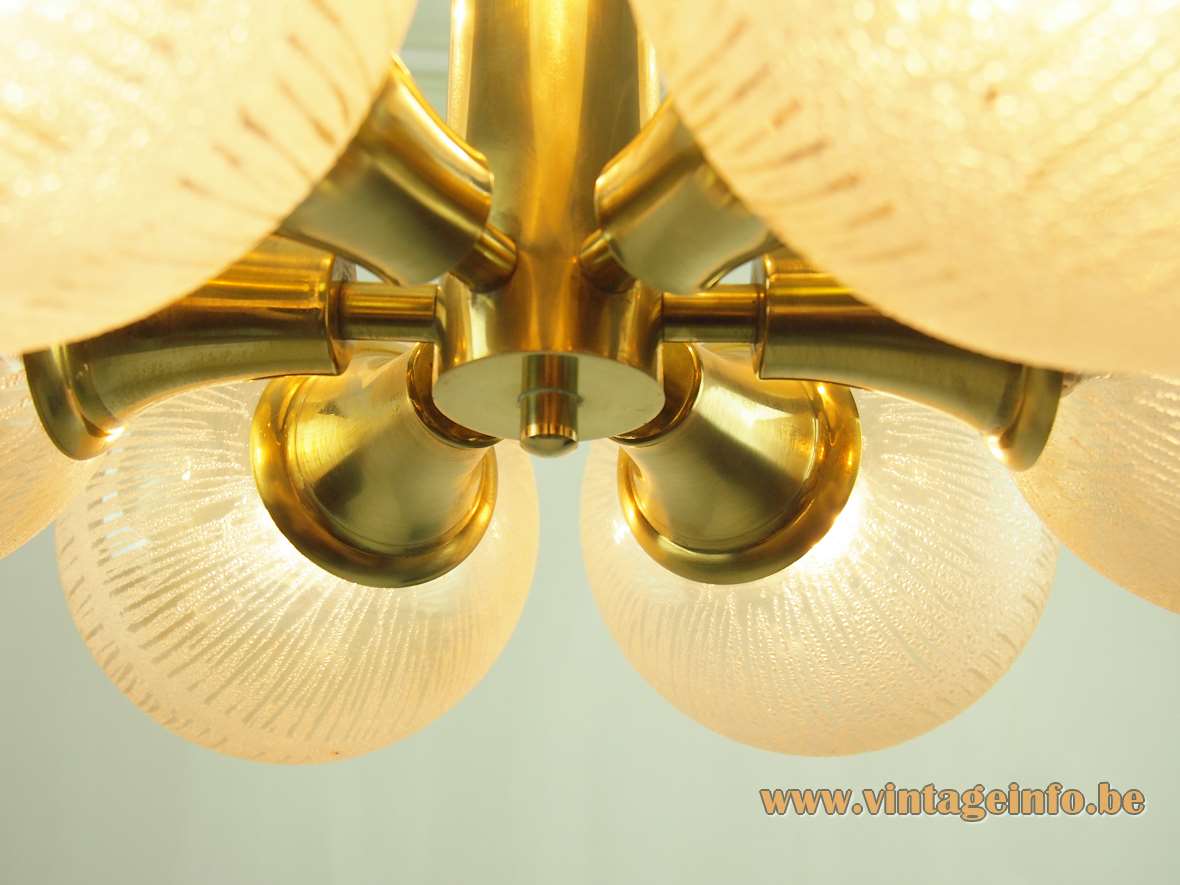 Other versions: This Kaiser Leuchten 9 globes chandelier exists in several variations. It is made in an almost sputnik style.