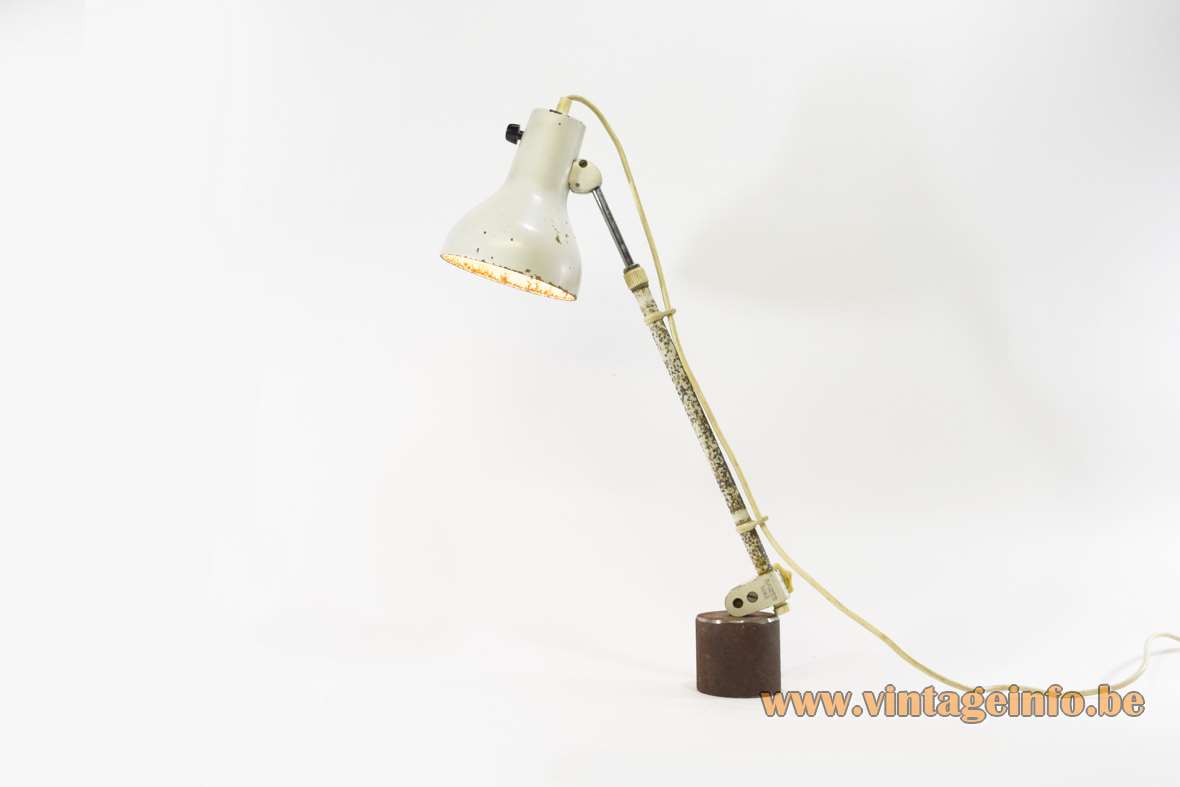 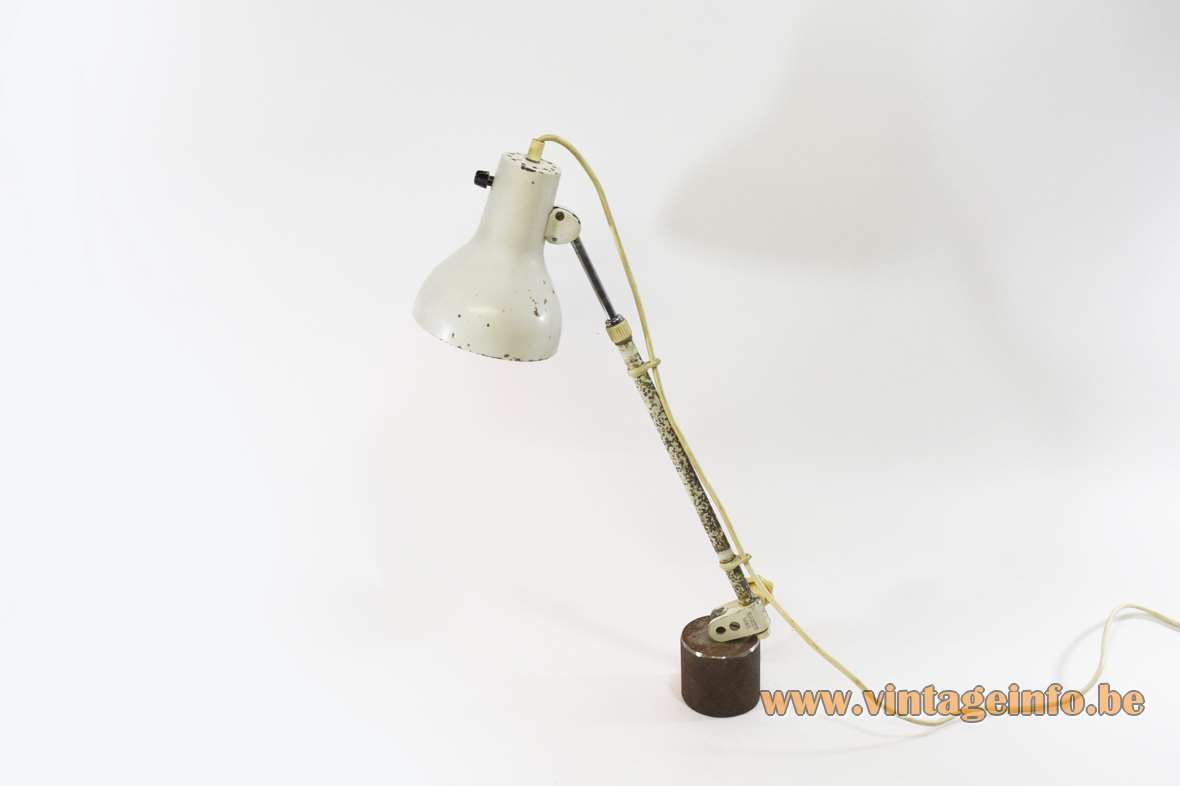 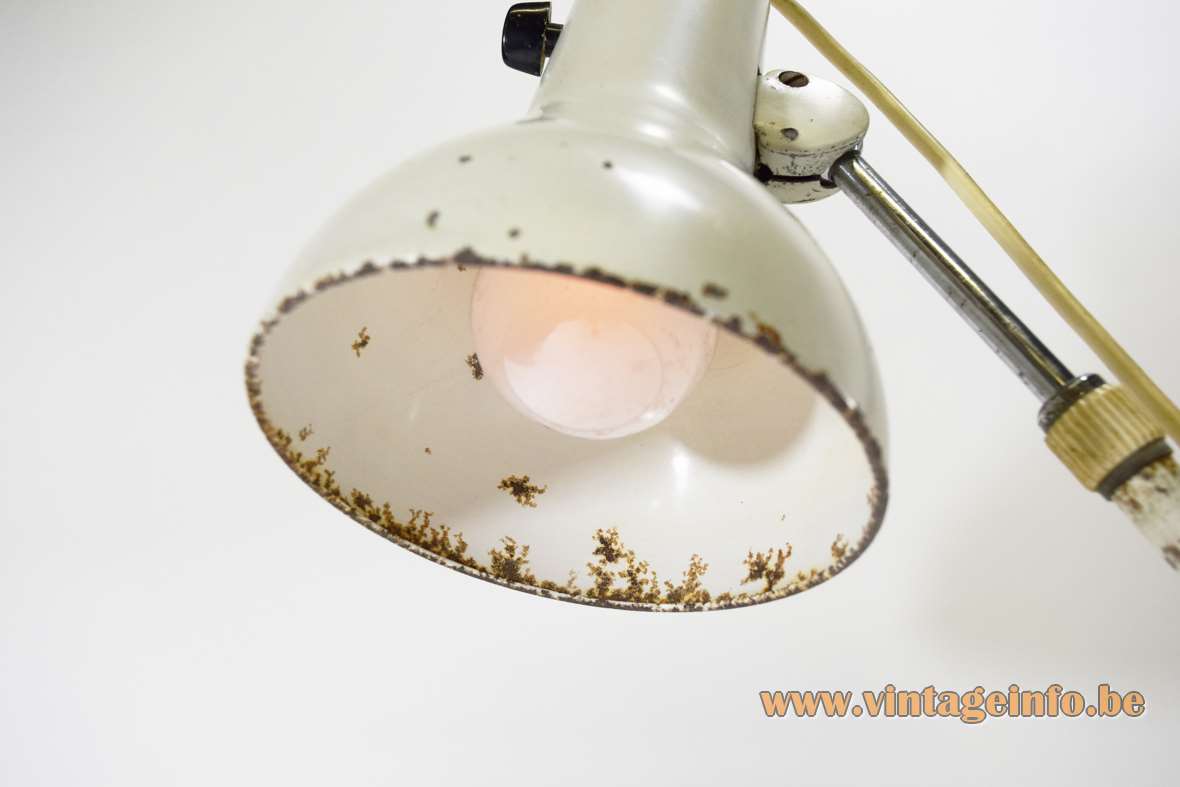 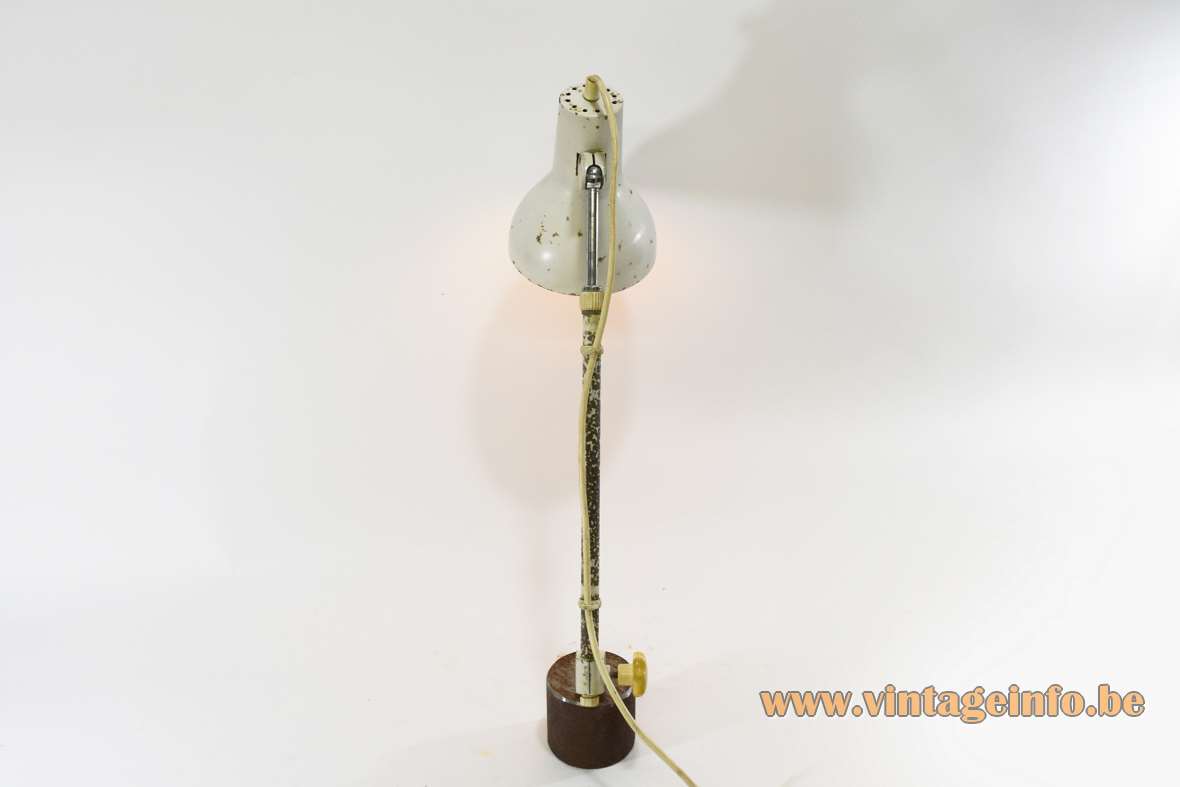 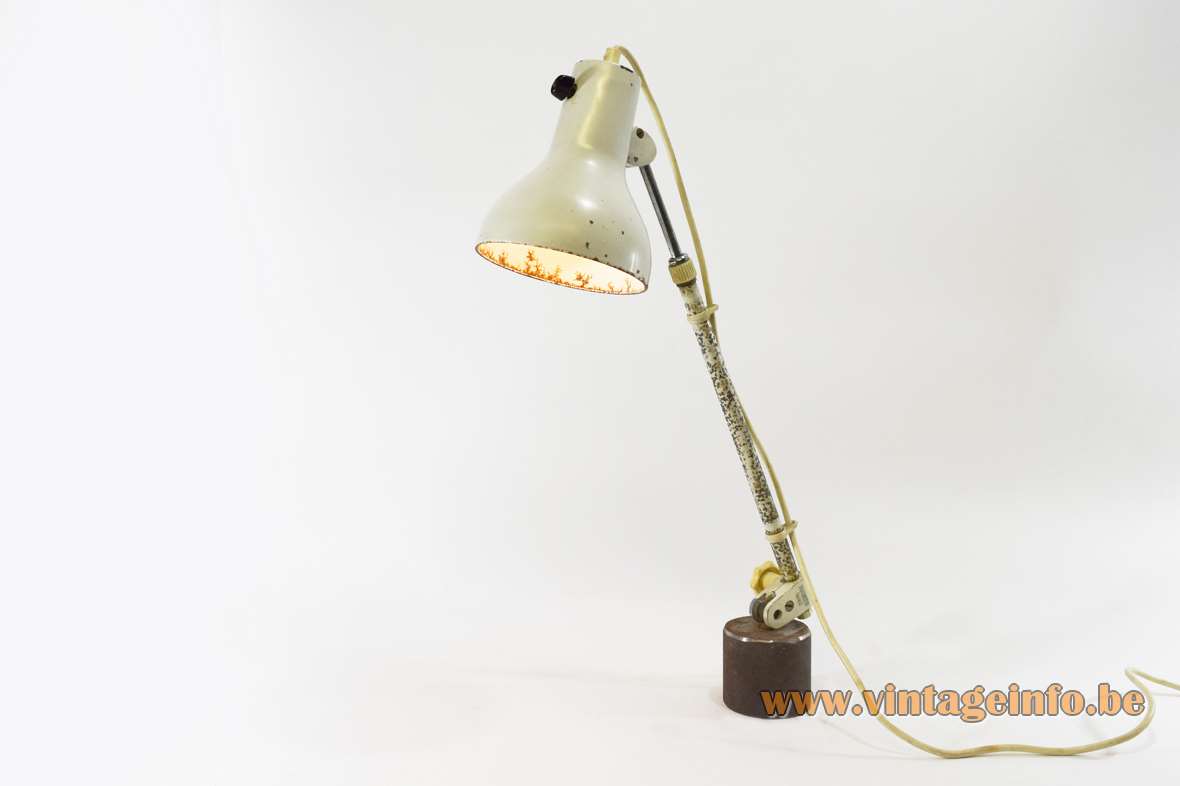 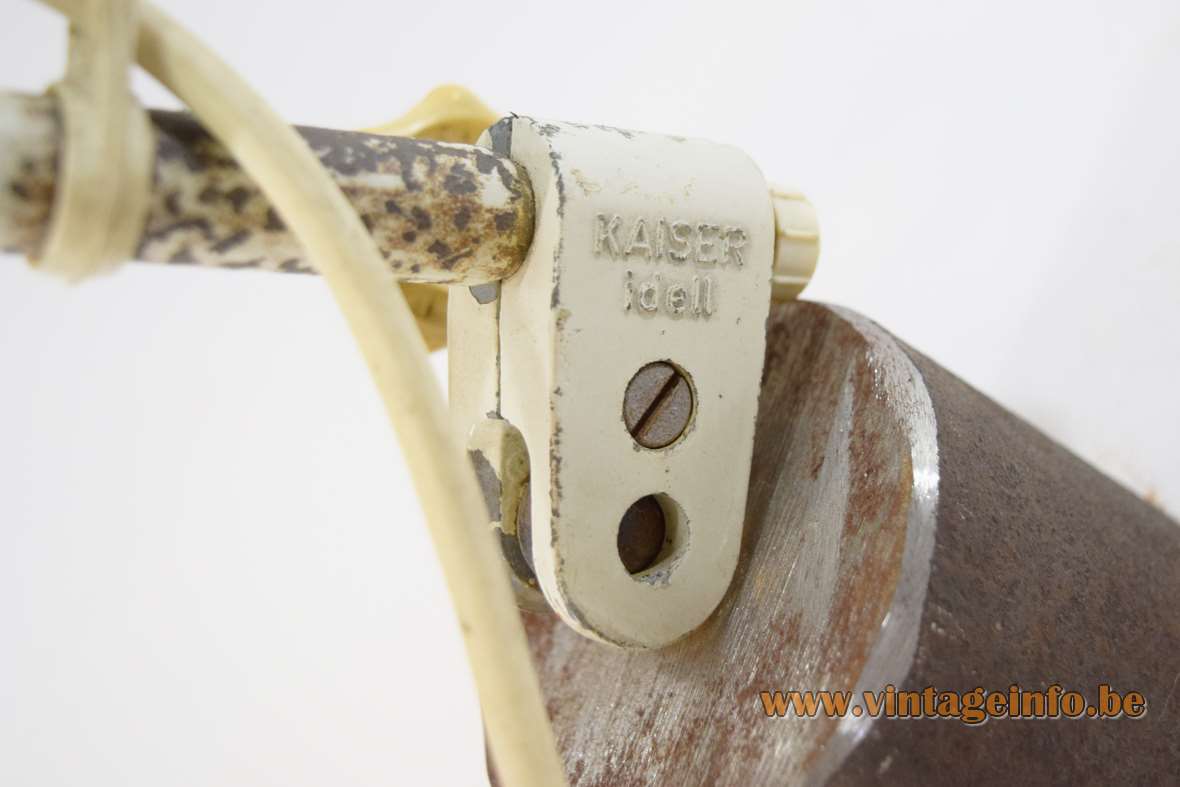 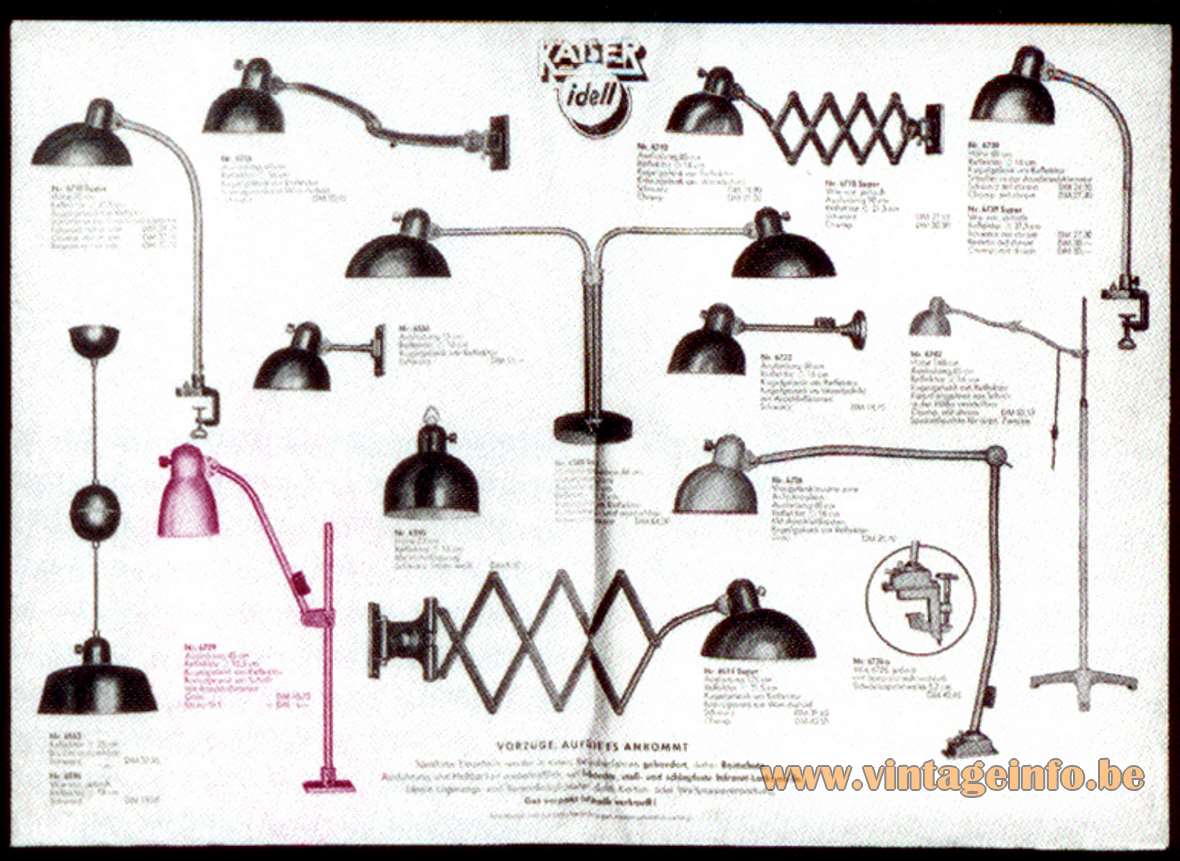 Many thanks to Paul for the enlightening info and help.

Designer: Christian Dell, or based on a design by him.

Other versions: This Kaiser Idell 1960s work lamp exists in several varieties. Christian Dell designed many “Idell” lights for Kaiser Leuchten. The term “Idell” is a reference to the word idea and his surname, Dell.

This work lamp is not original anymore. The base is handmade. It is a massive round piece of iron. Originally this lamp base should be comparable to the red coloured lamp from the 1935 brochure, as you can see. It is a lamp made by BUR – Bünte + Remmler, another German company. It is named Raffina and is originally a lamp of the Swiss BAG Turgi company.

After serving in the army, Christian Dell was a day laborer in the period 1918-1920 and then went to work in Munich as a master silversmith for Hestermann & Ernst. In 1920 he went to Berlin to work for the silversmith Emil Lettré.