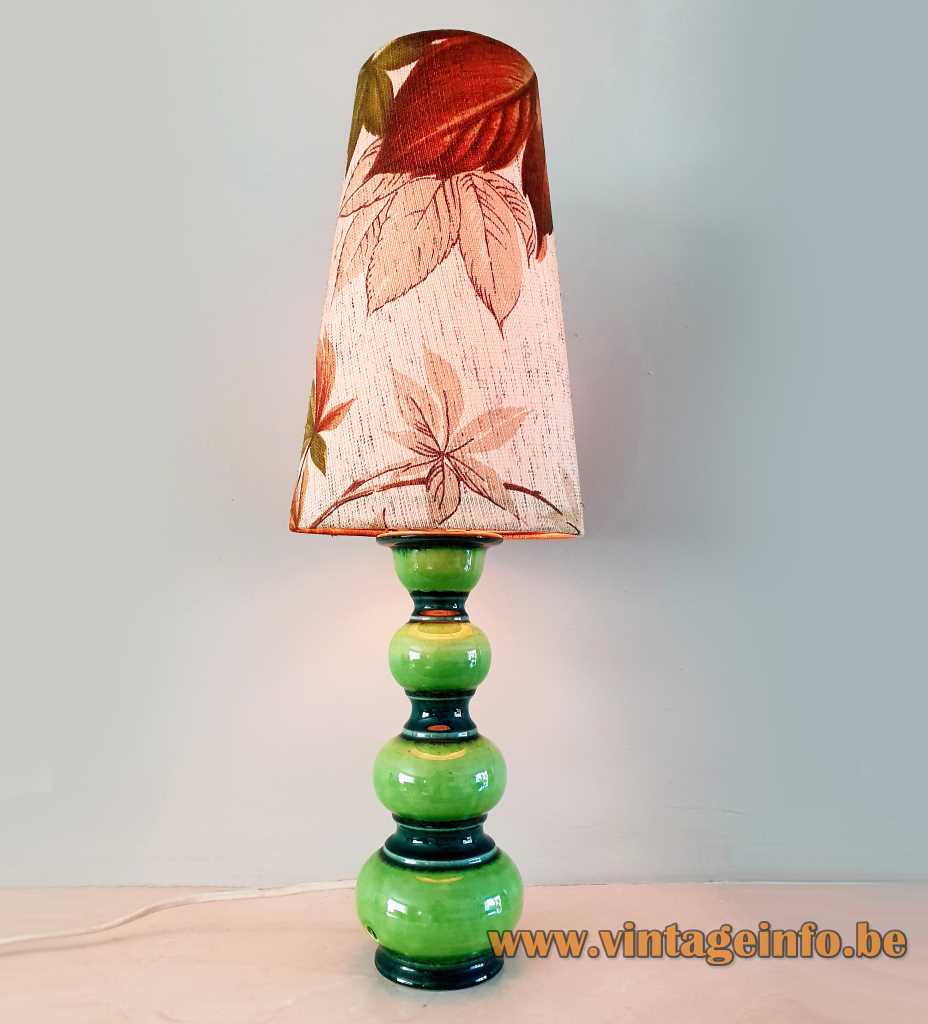 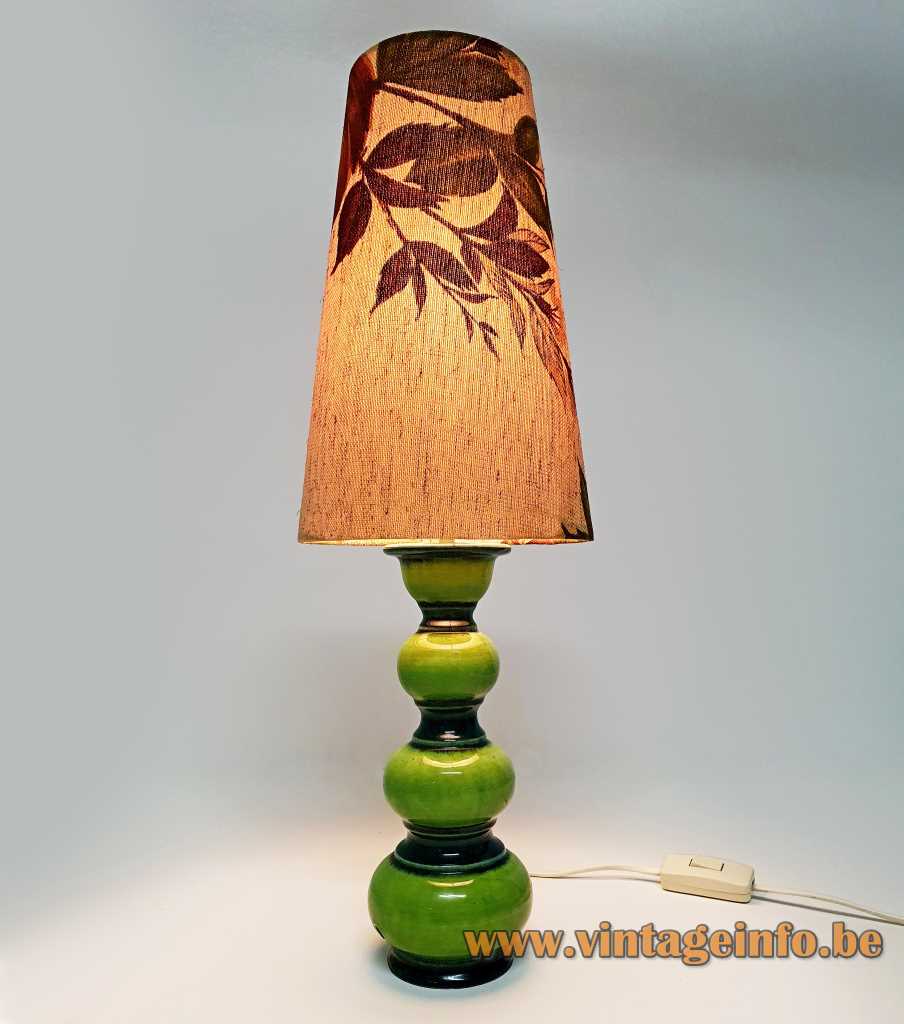 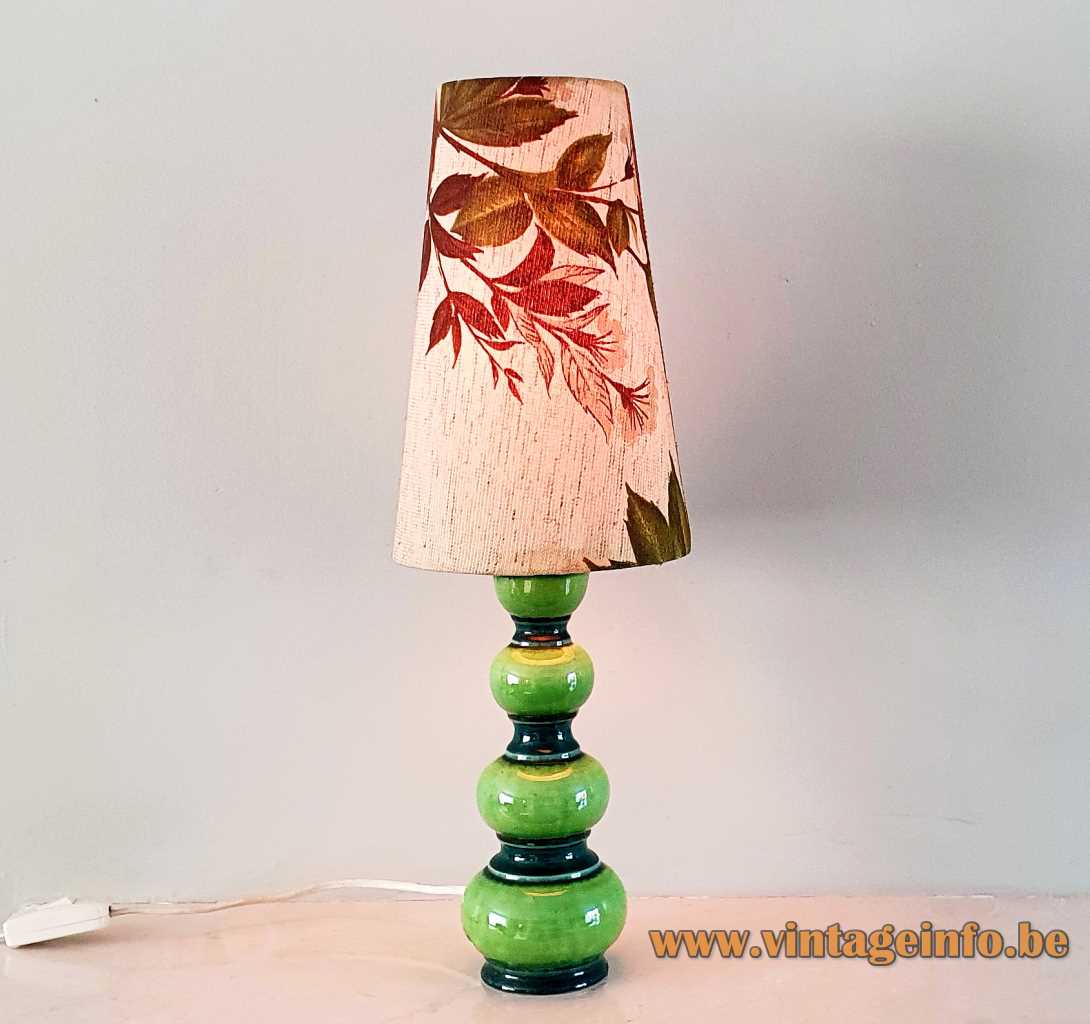 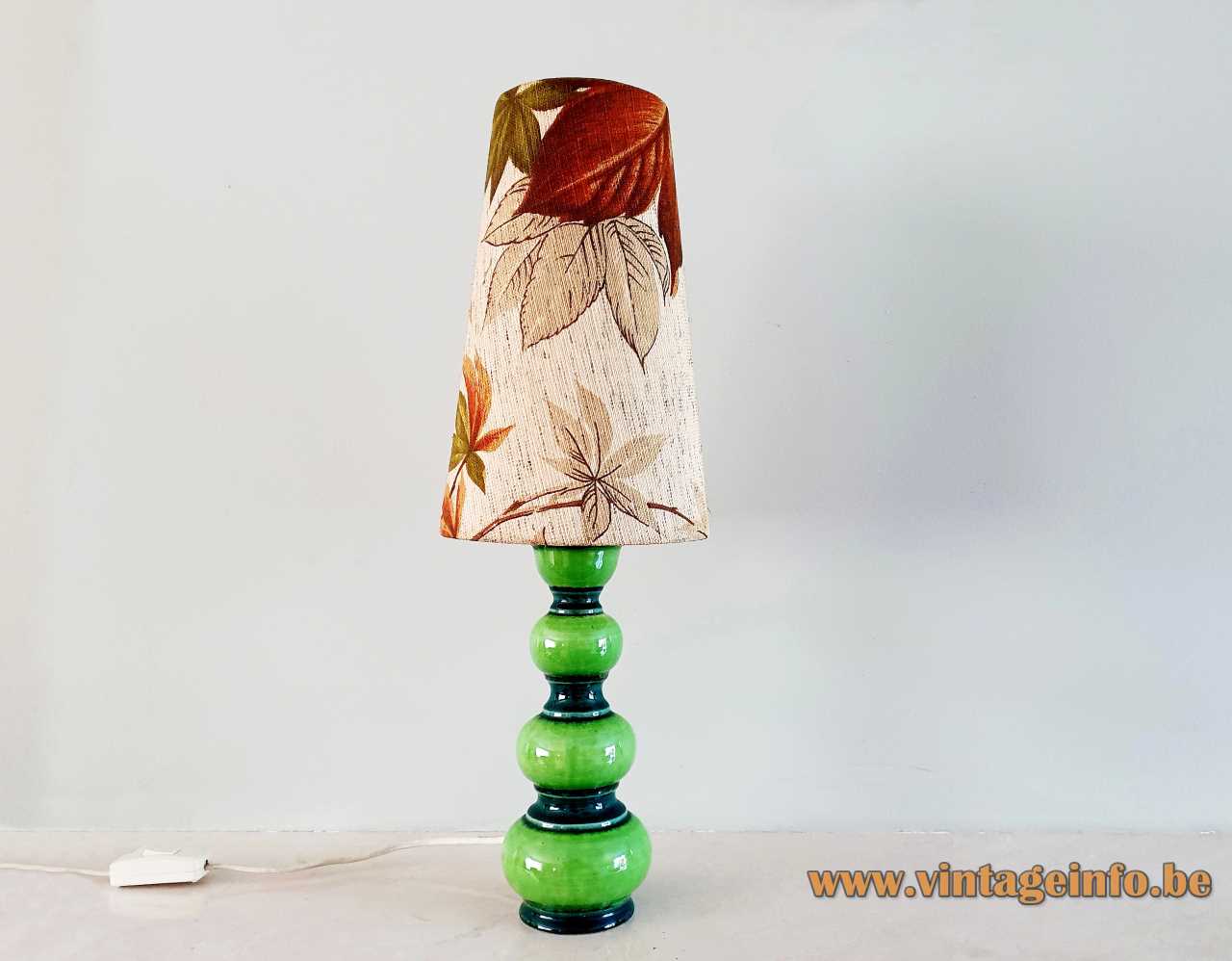 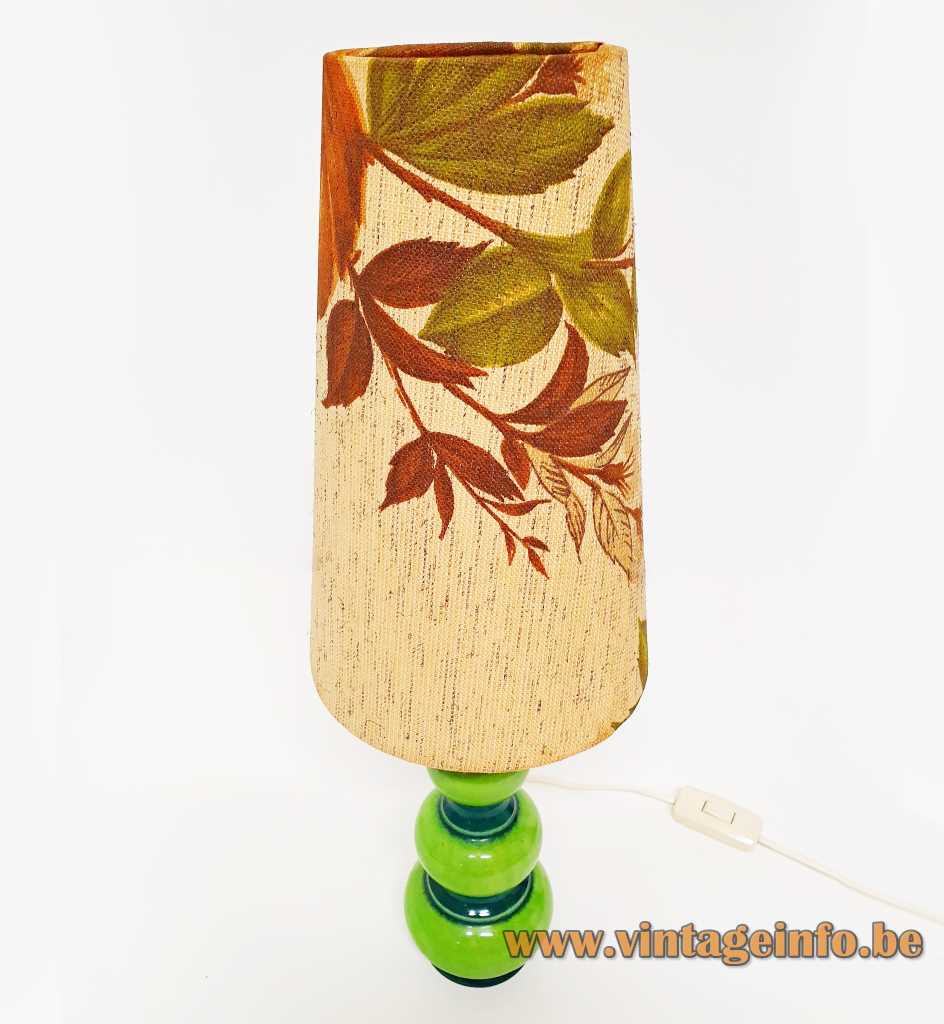 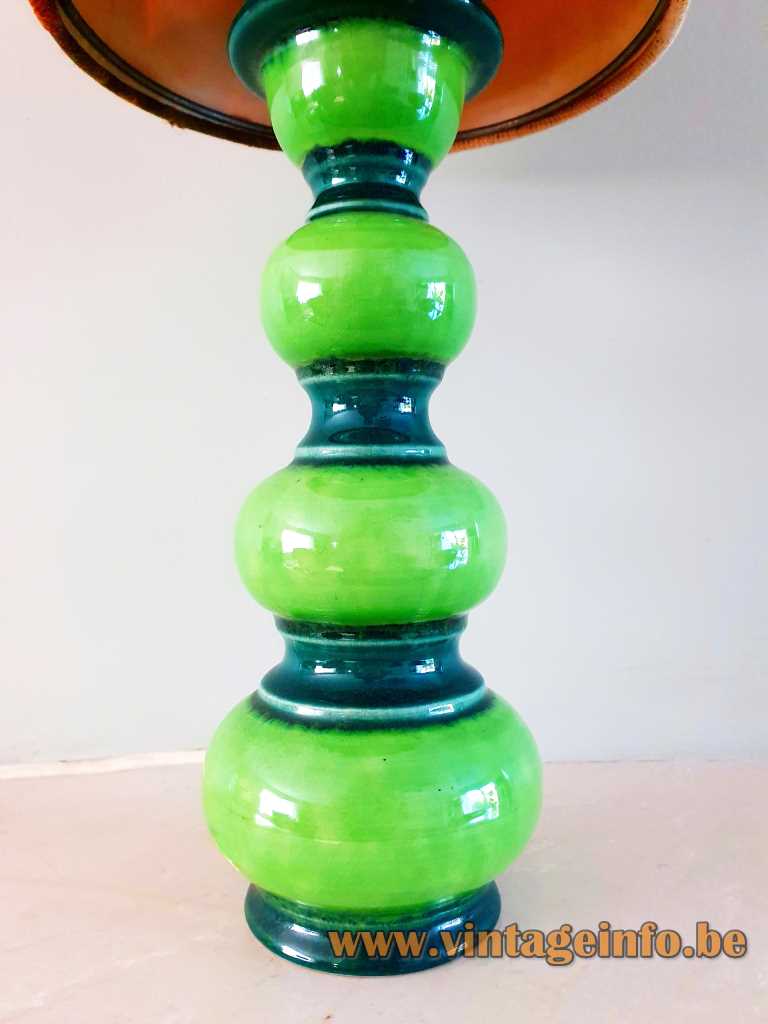 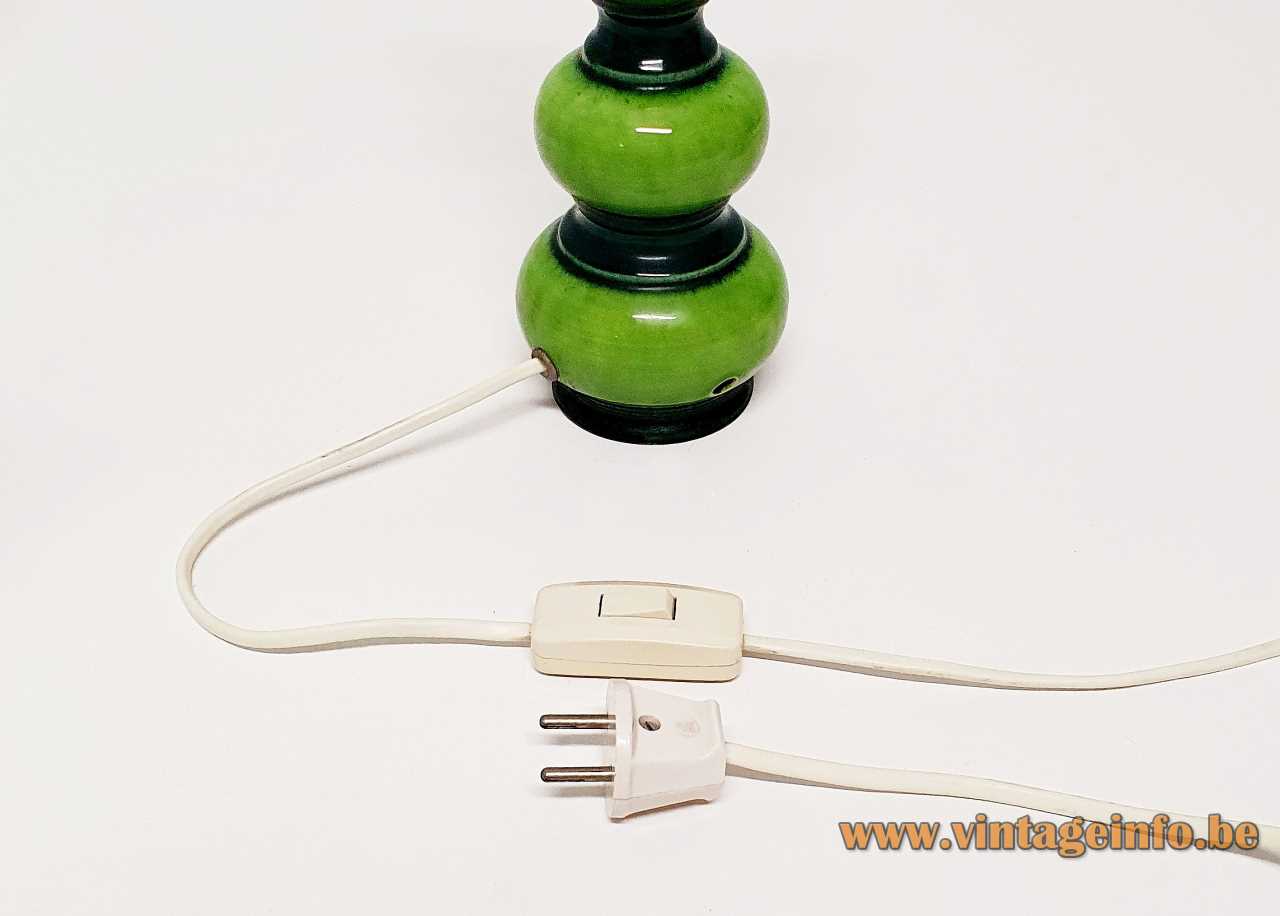 Ochre version of this table lamp

Other versions: This Kaiser Leuchten stacked globes table lamp exists in many colours and sizes. They were made with a flower design on the globes and several colours together. Table lamps exists with more oval shaped globes. Also made as a floor lamp with 8 globes.  The floor lamp was made with 3 E27 light bulbs, 2 downwards, 1 upwards oriented. Sold with many different lampshades.

This table lamp was made in the sixties, to see on the wiring and the used lampshade. The switch was replaced with a 1990s, 2000s switch from ELKO.

The ceramic base is made by the Germany company Jasba. Sometimes a lamp appears with a Jasba label. Jasba is founded in 1926 by Jakob Schwaderlapp. The company still exists. 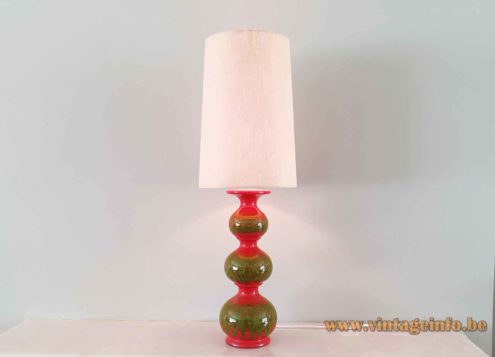