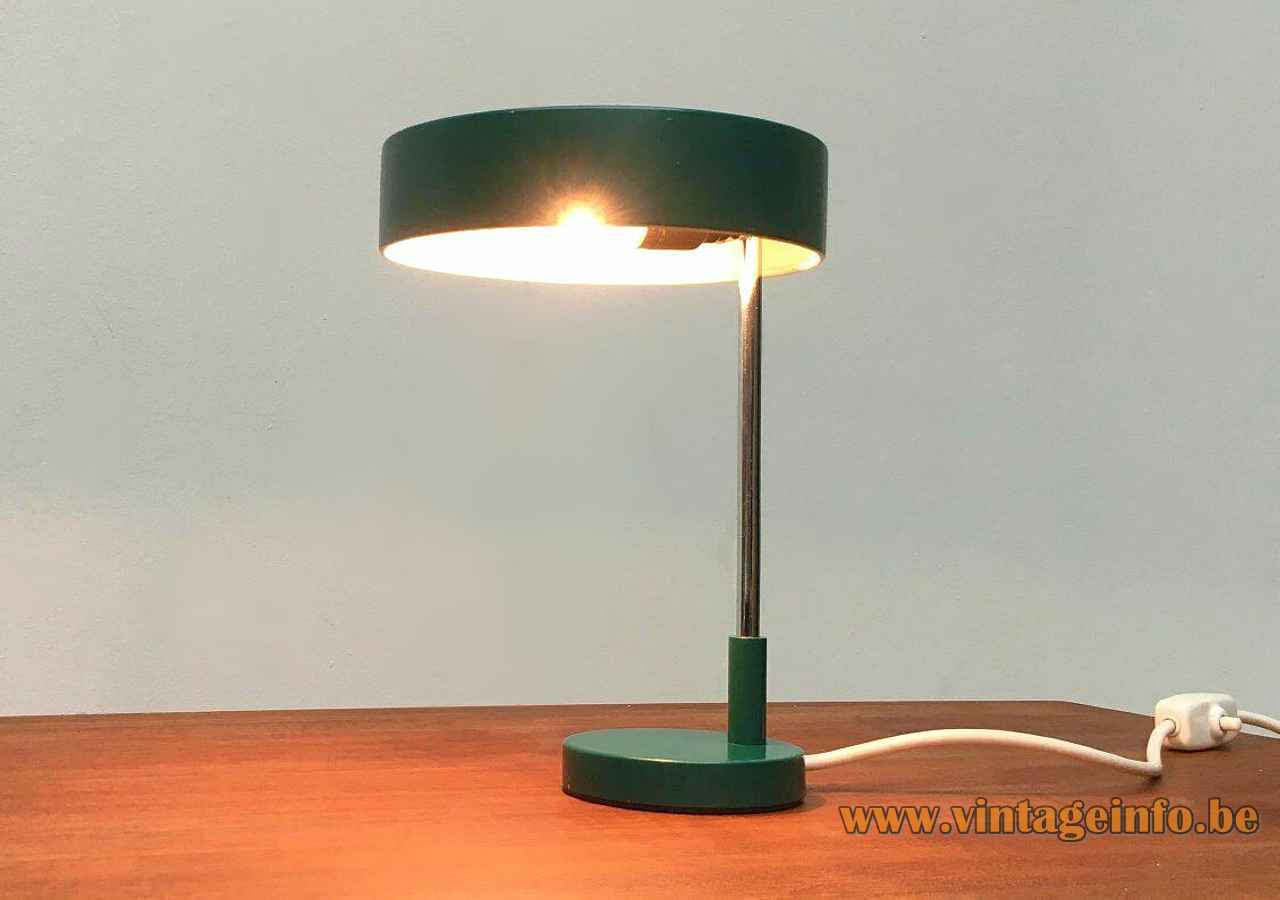 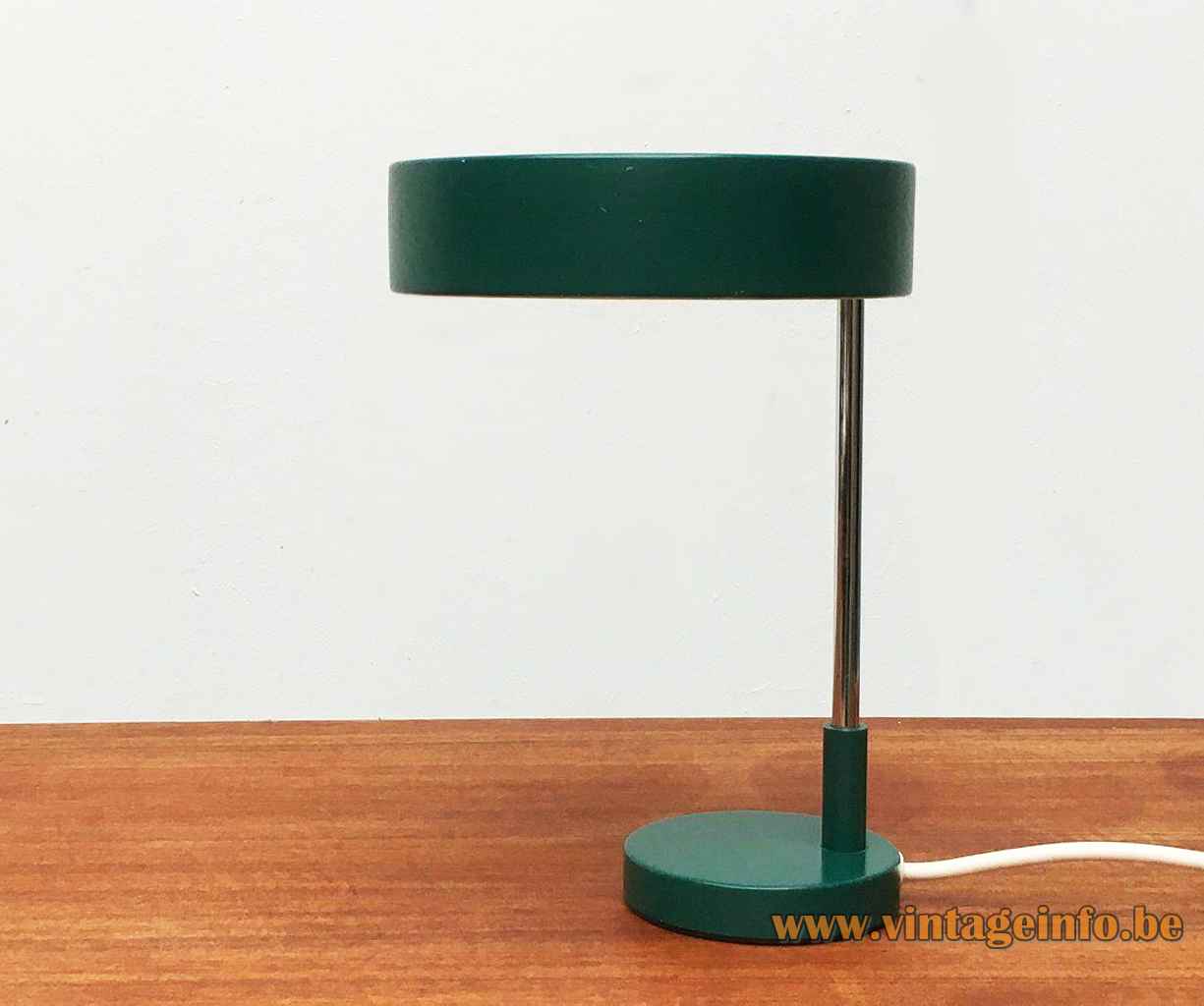 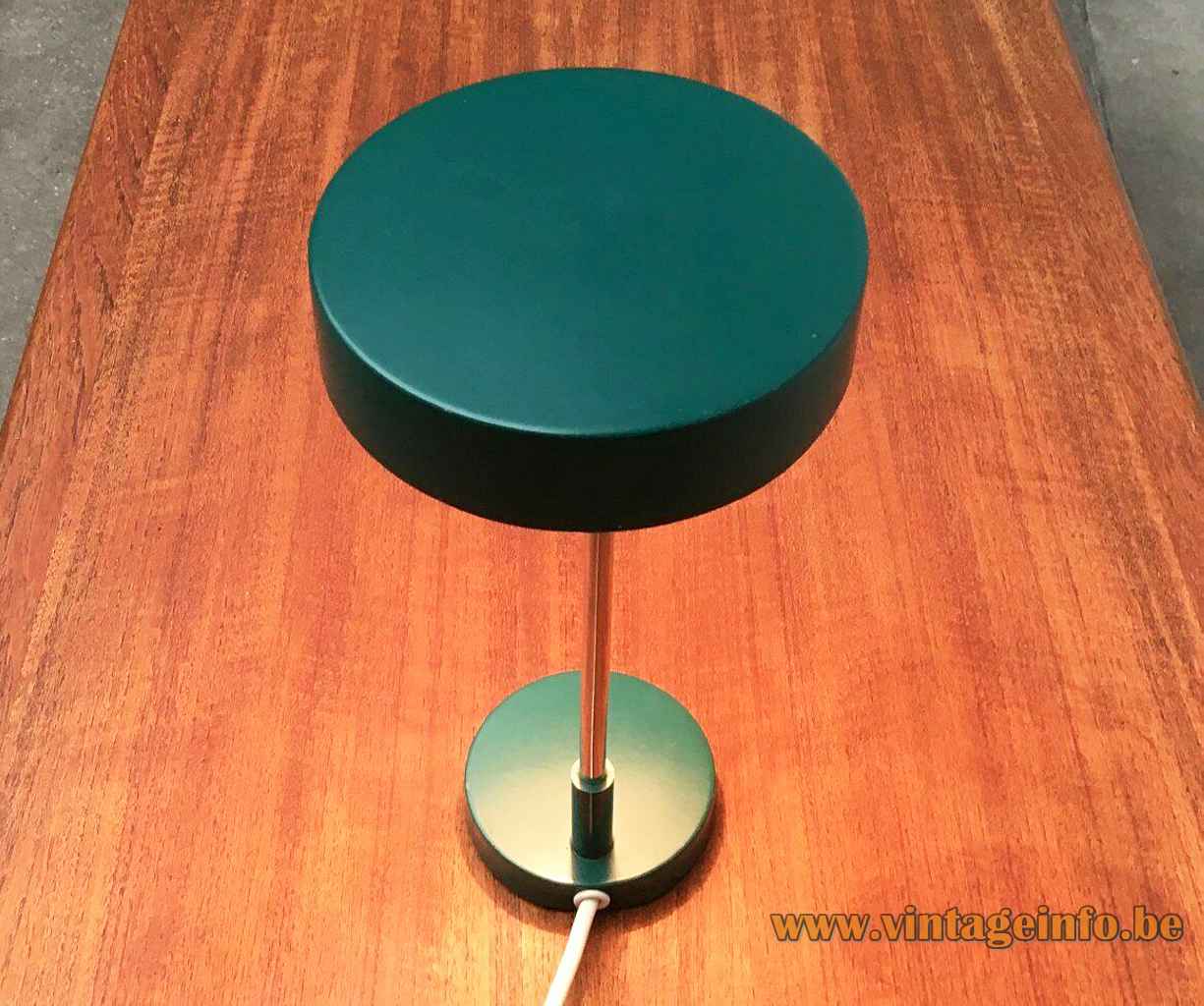 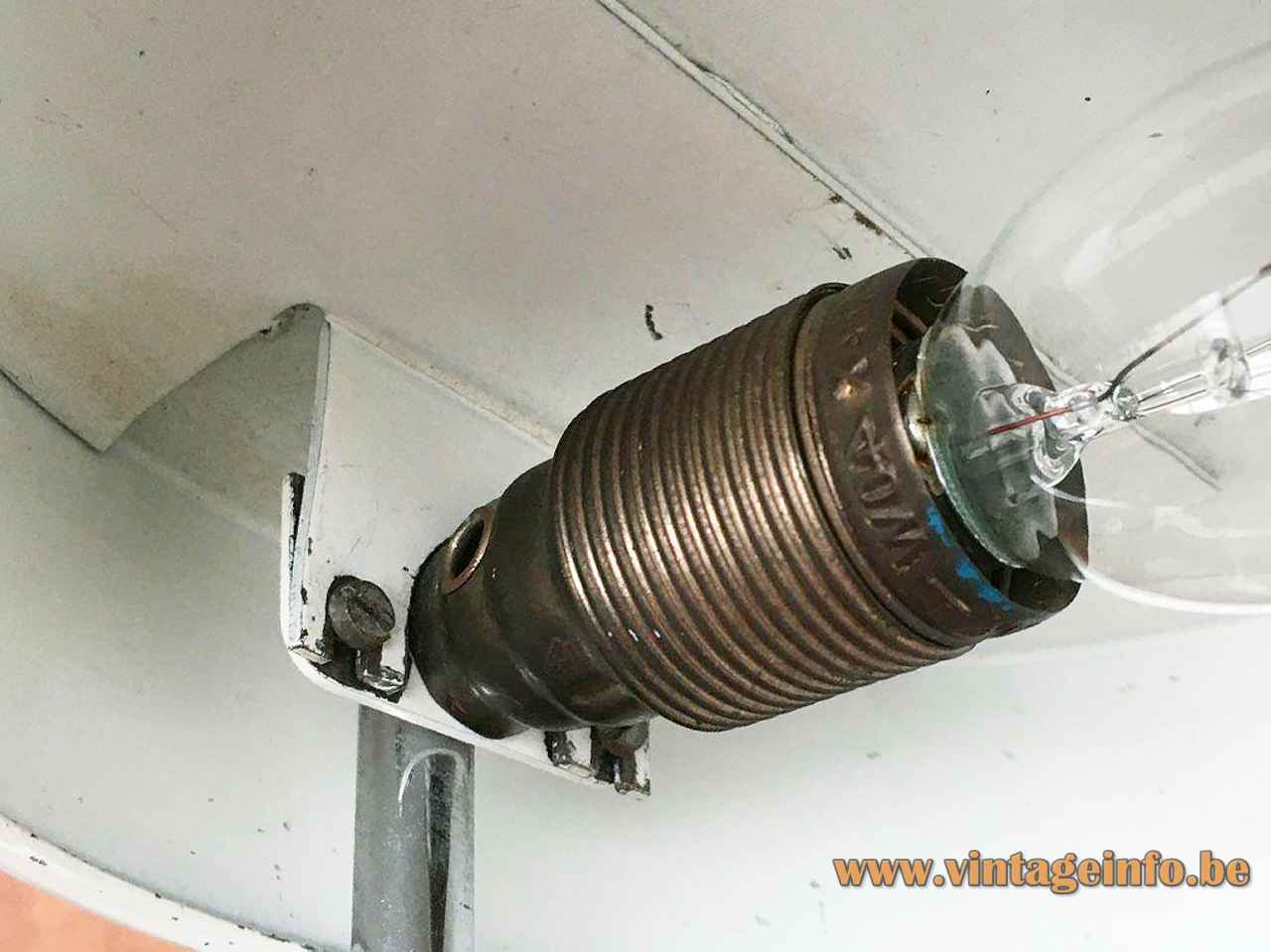 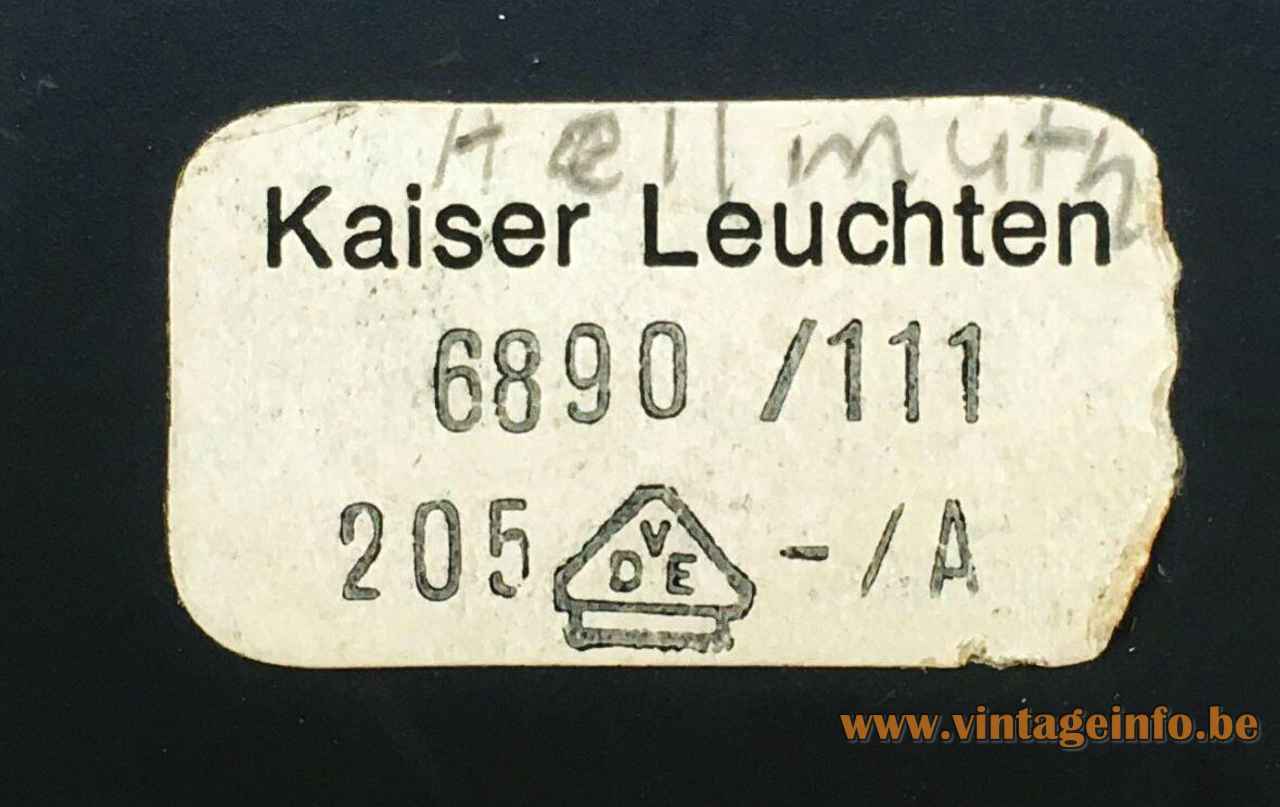 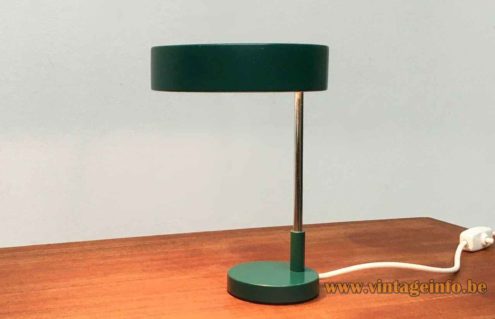 Other versions: This Kaiser Leuchten desk lamp 6890 exists in several colours. Klaus Hempel designed several lamps like this one in the 60s and 70s for Kaiser Leuchten. Also floor lamps exists with similar lampshades.