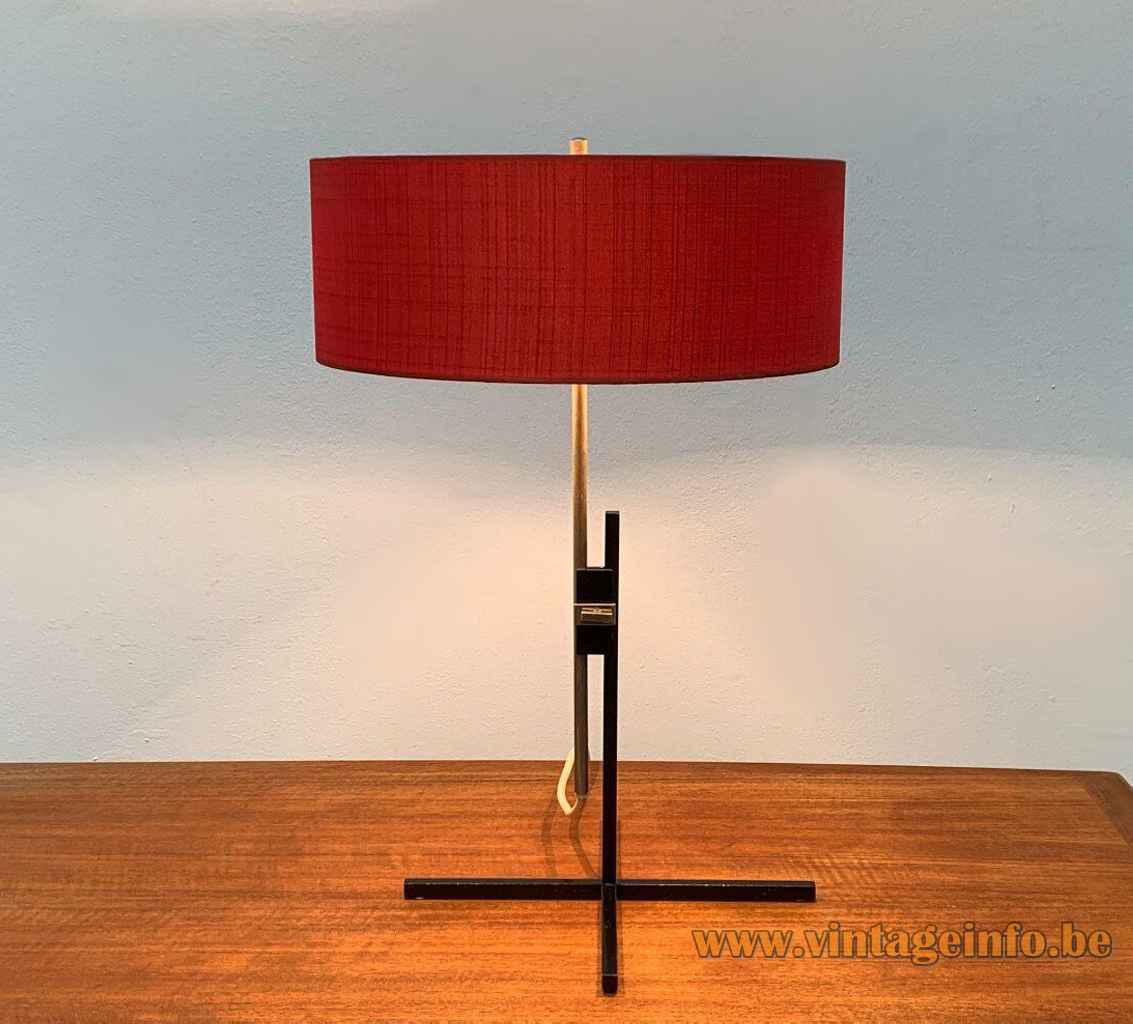 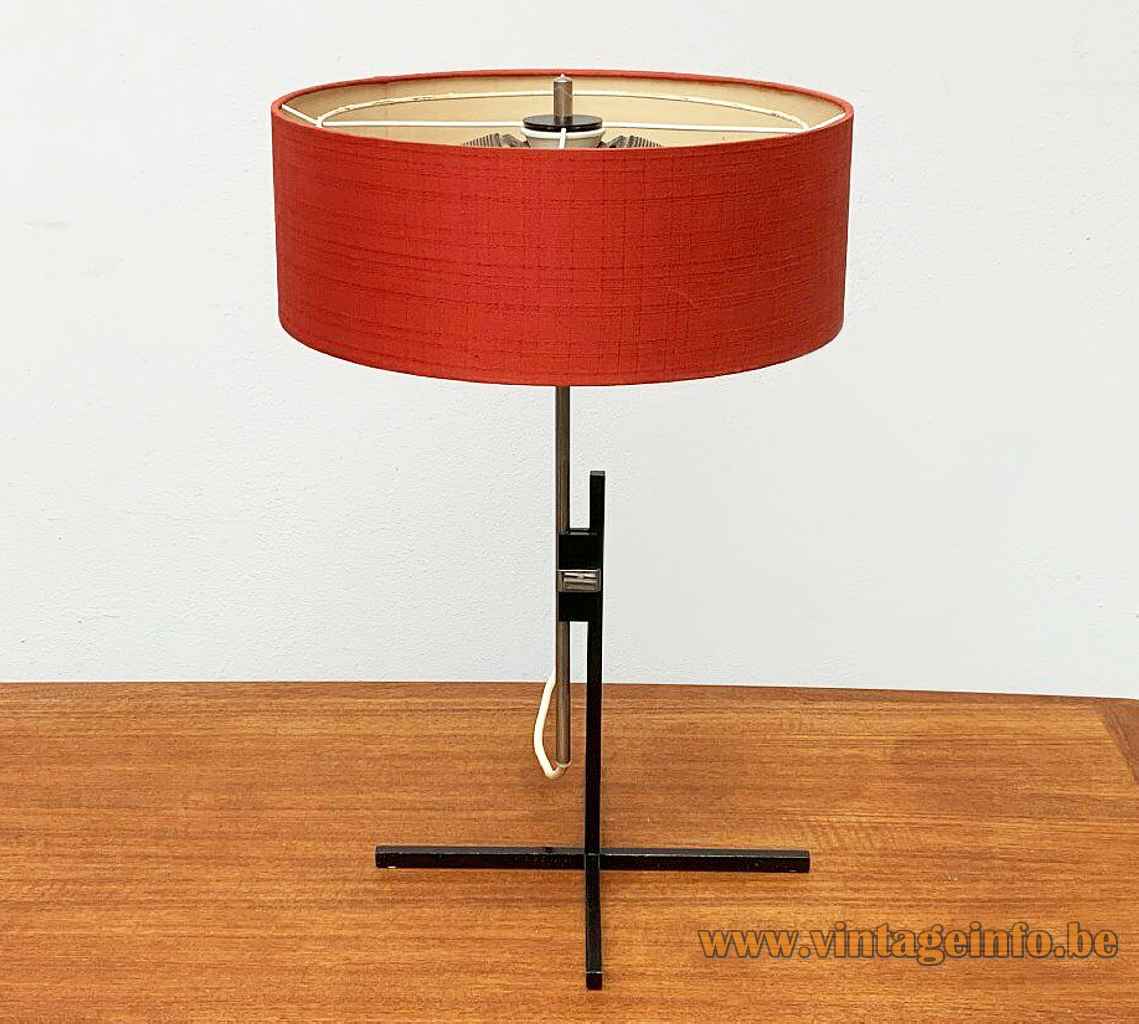 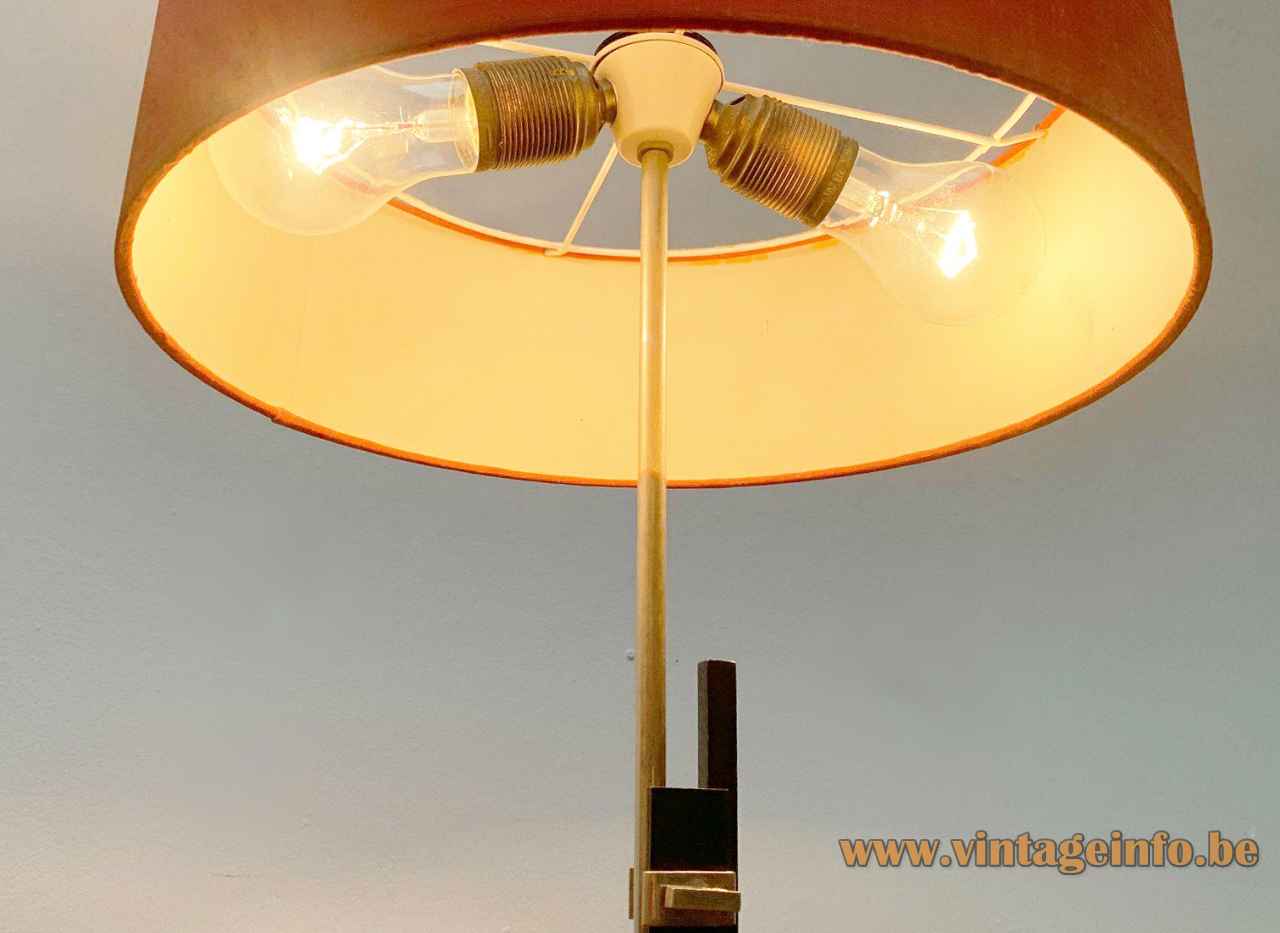 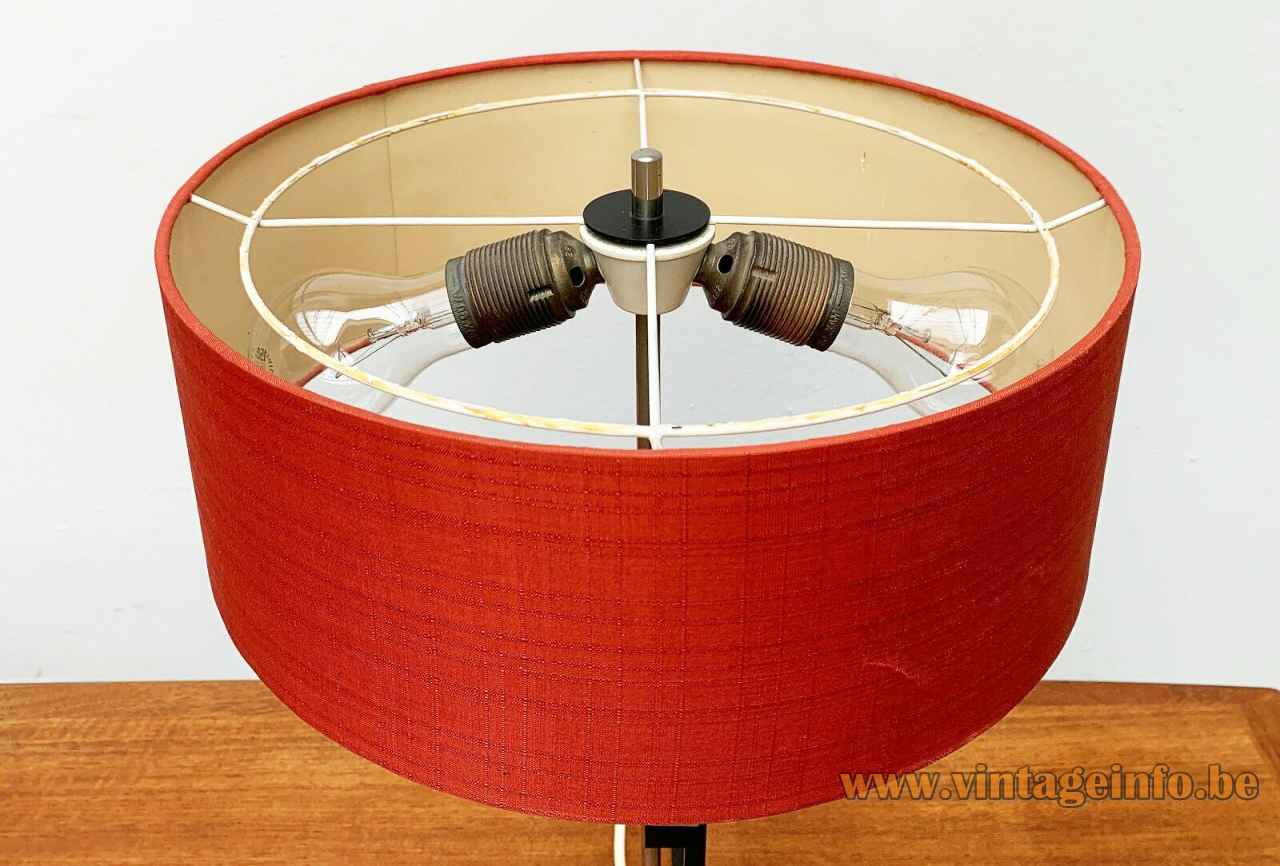 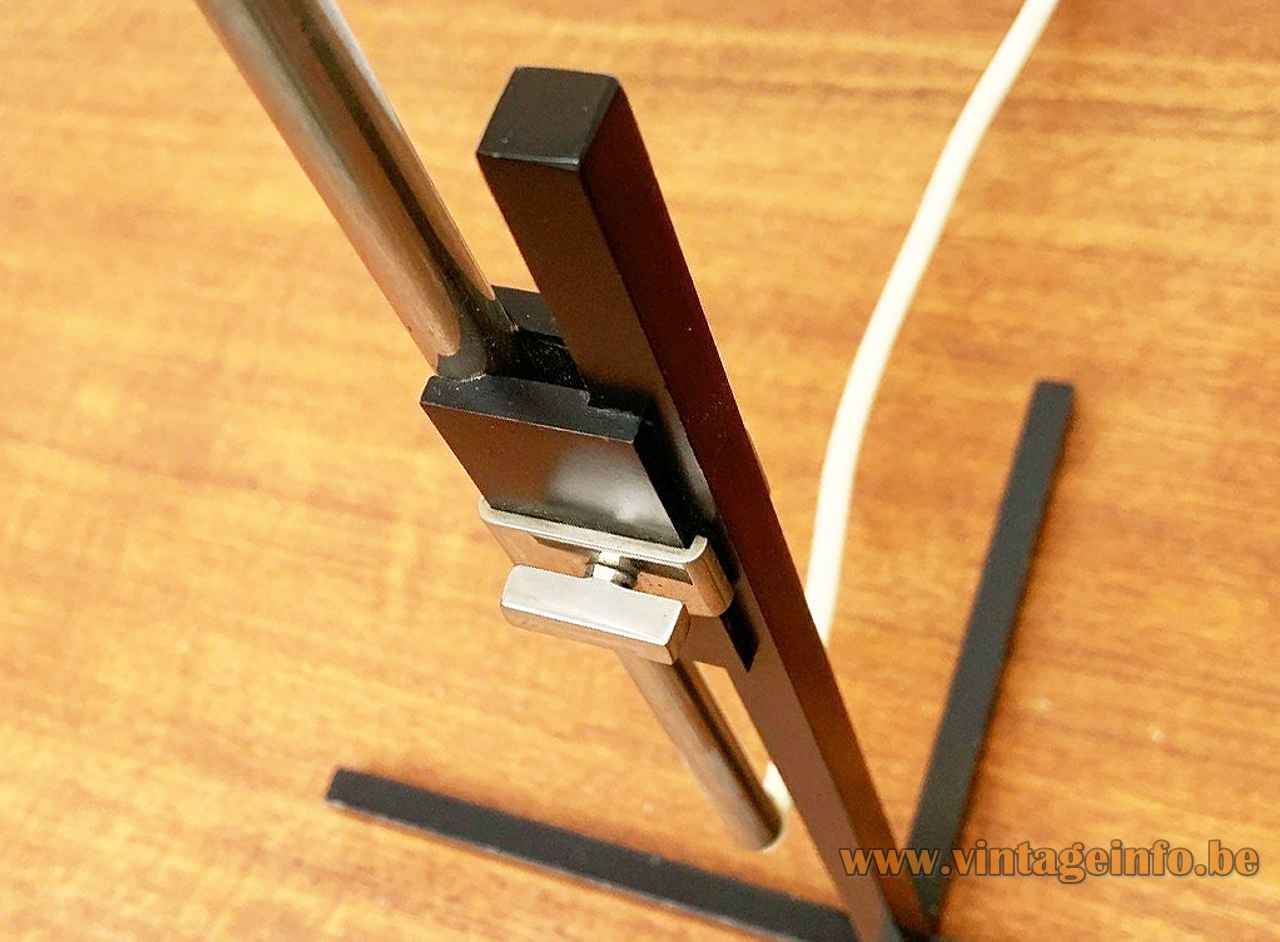 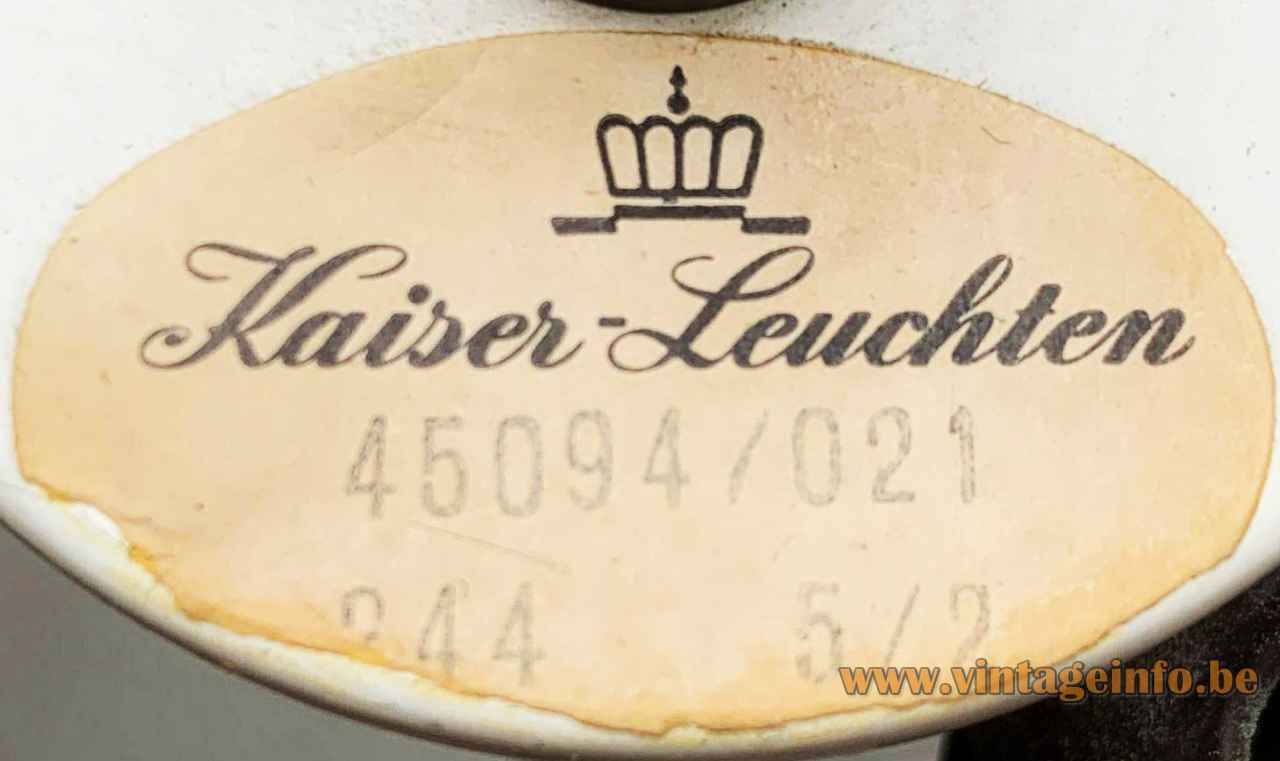 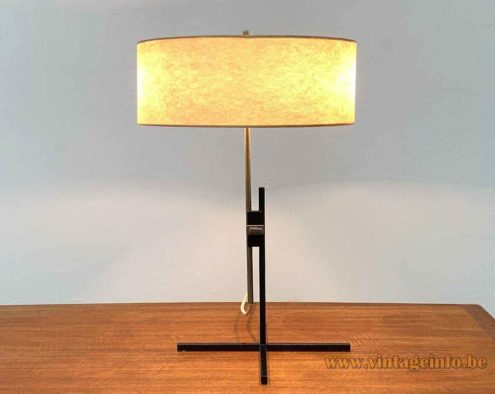 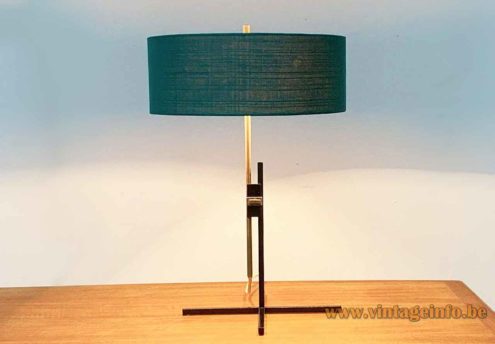 Other versions: This 1960s Kaiser Leuchten table lamp is model 45094 / 021. It exists in with several different lampshades.

These table lamps always had a parchment diffuser on top, but they are usually burned or broken.