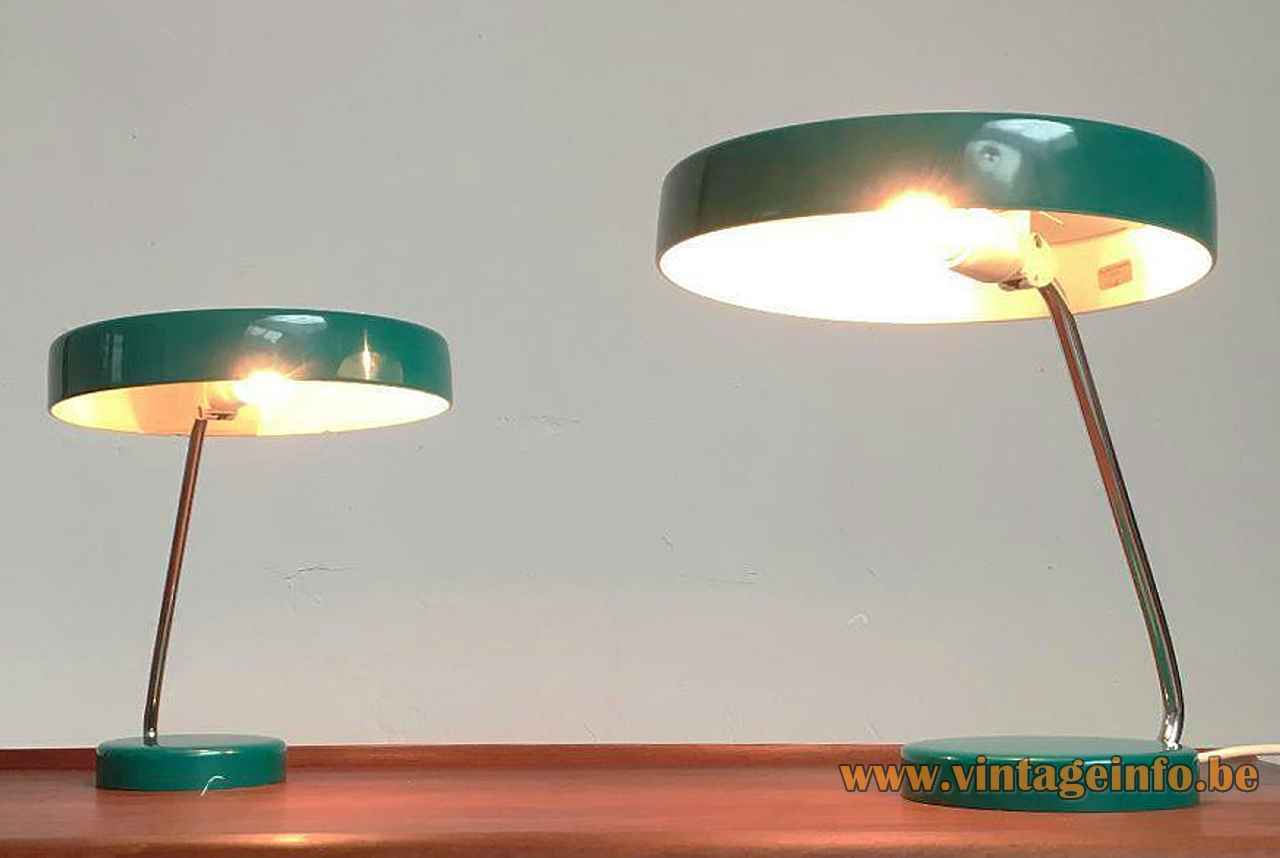 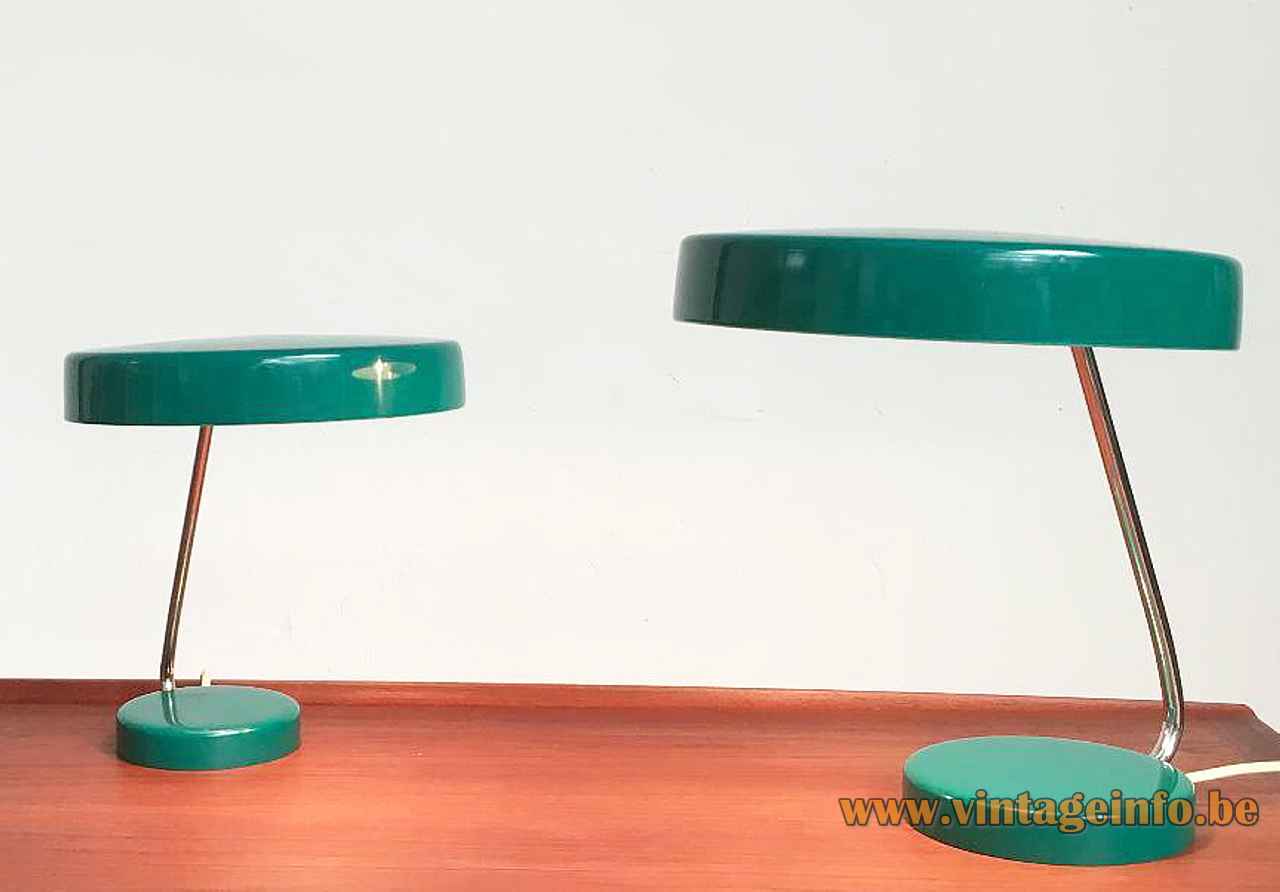 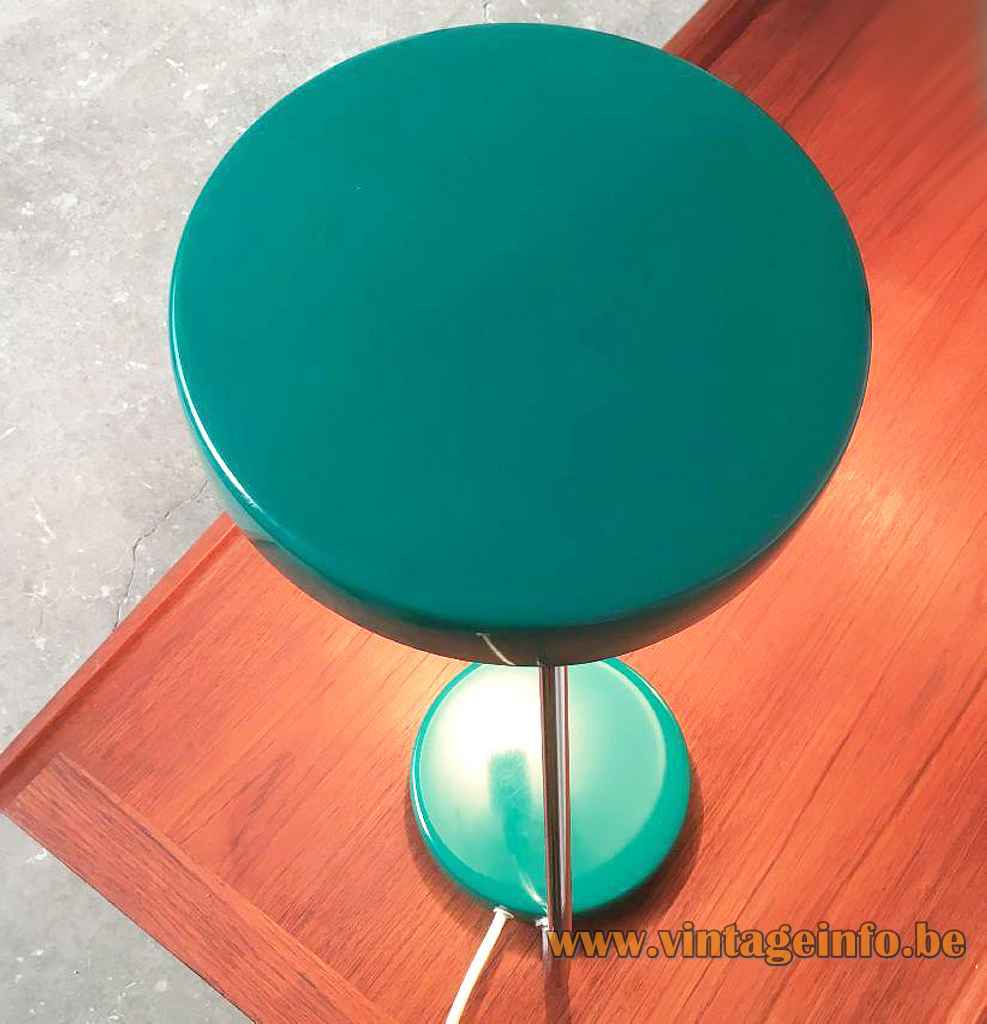 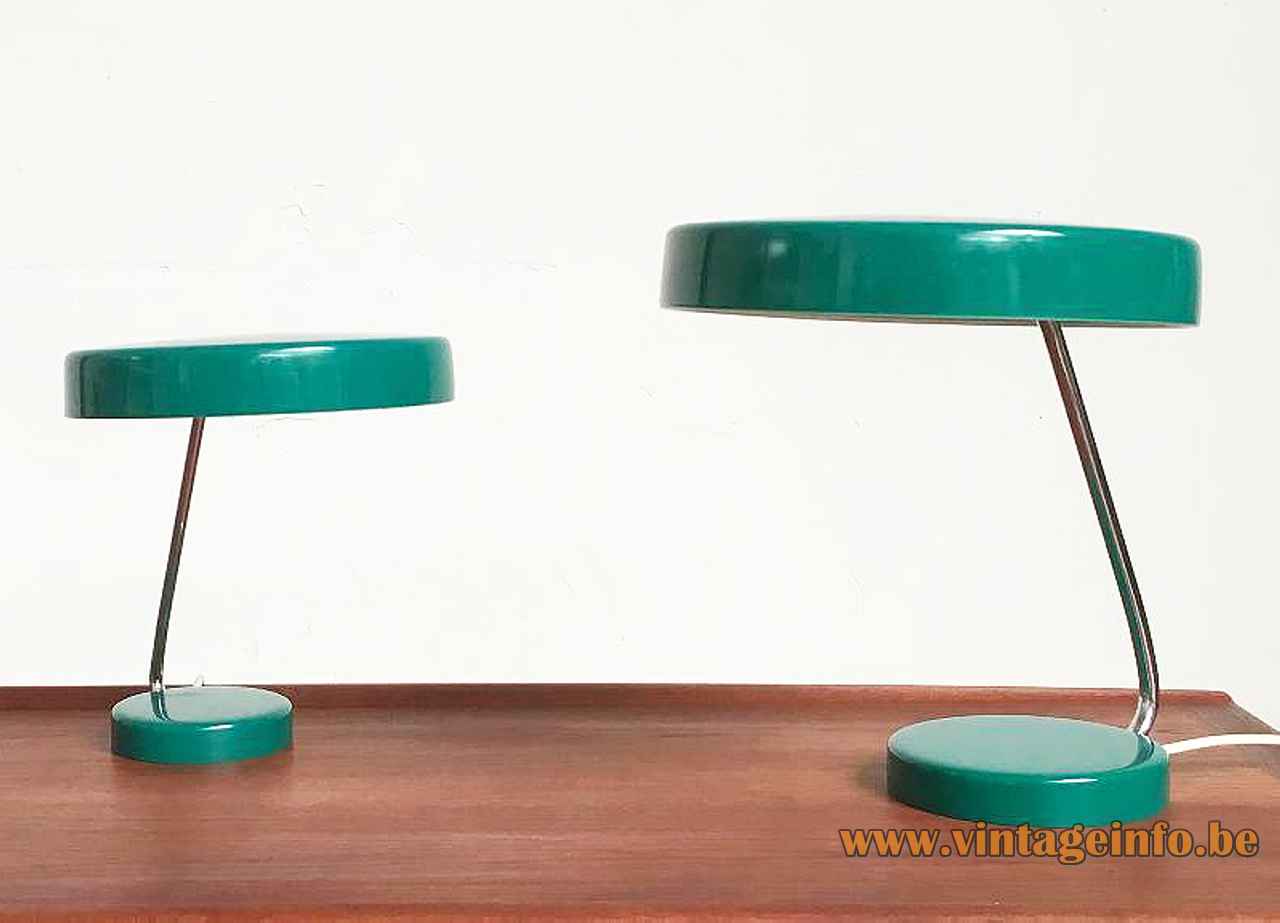 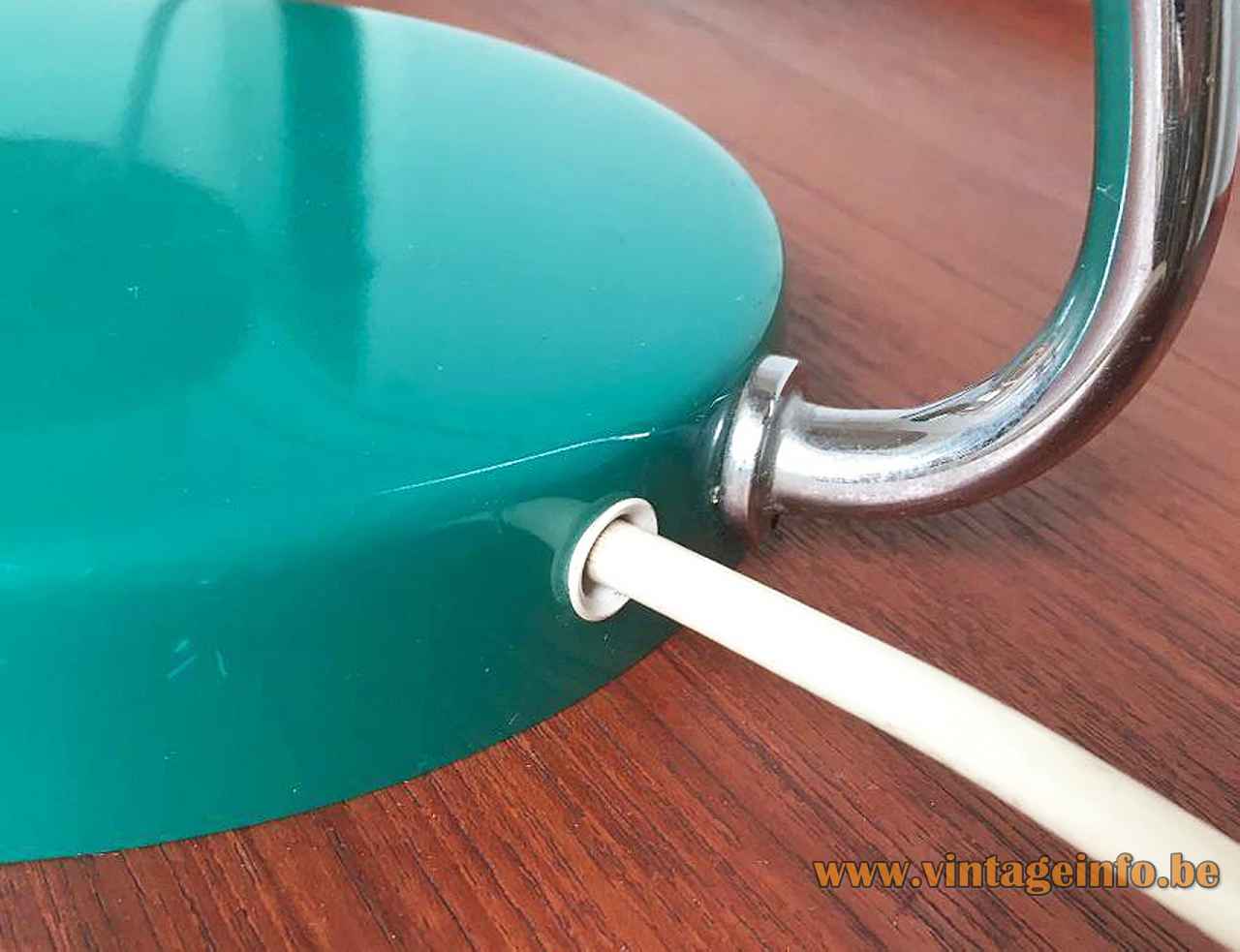 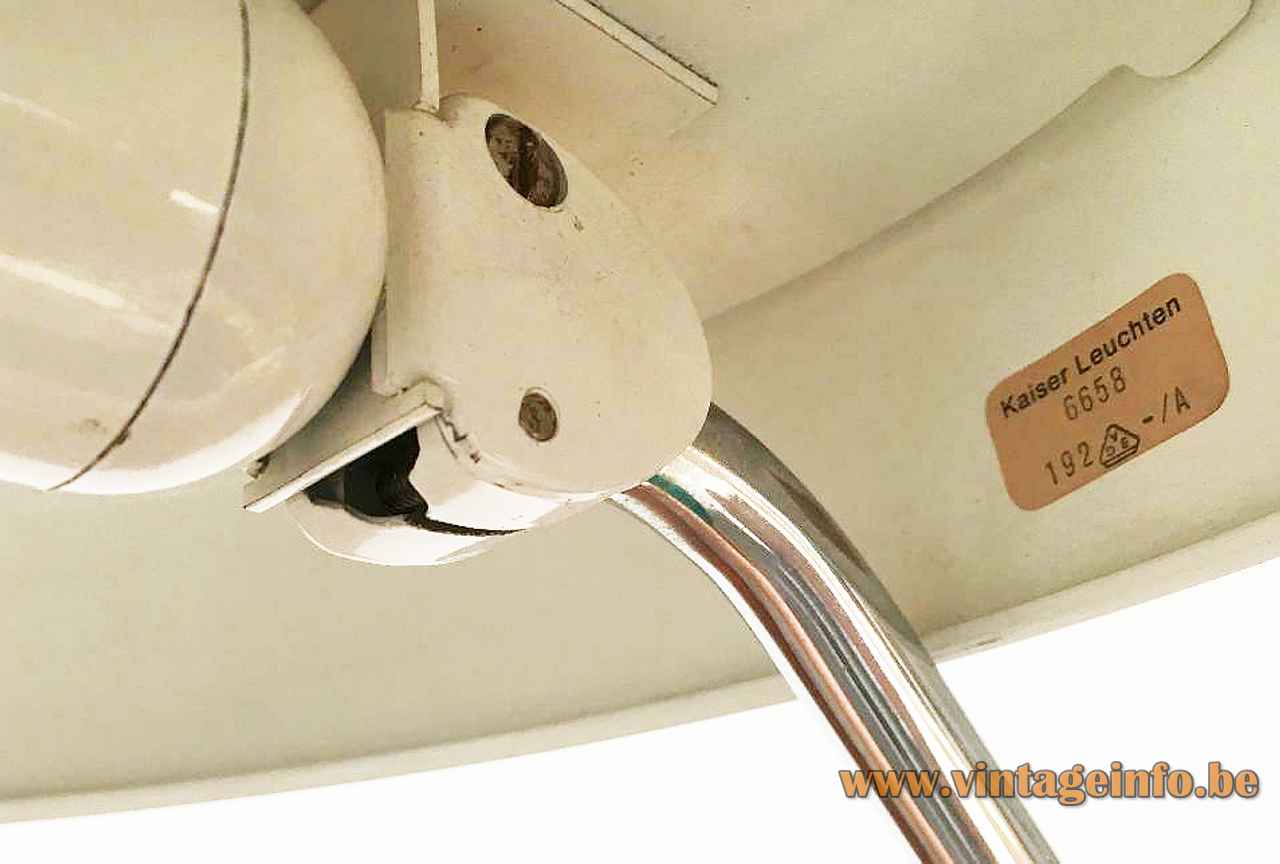 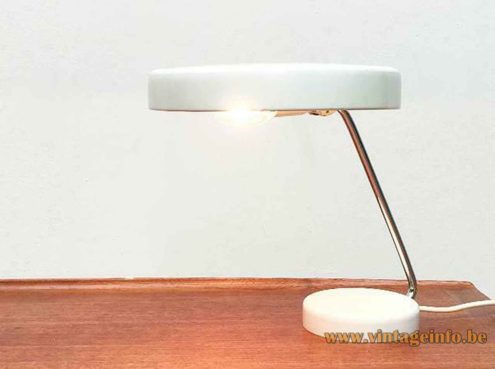 A black Kaiser Leuchten desk lamp 6658 was used as a prop in the Belgian comedy TV series De Collega’s. It was aired for three seasons between September 1978 and February 1981 on the BRT, the national public-service broadcaster for the Flemish Region and Community of Belgium. Here with Bob Van Der Veken and René Verreth. 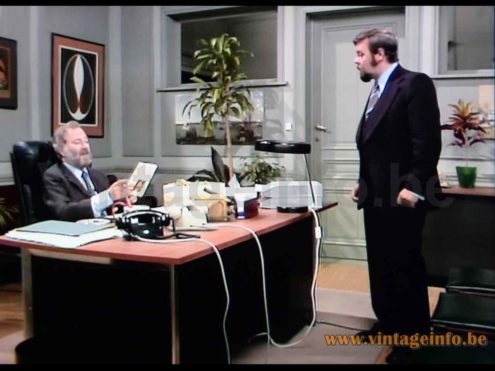 Other versions: This Kaiser Leuchten desk lamp 6558 exists in several colours. It was made in two sizes. The smaller version has a lampshade of 25 cm / 9.84” and is equipped with an E14 light bulb.