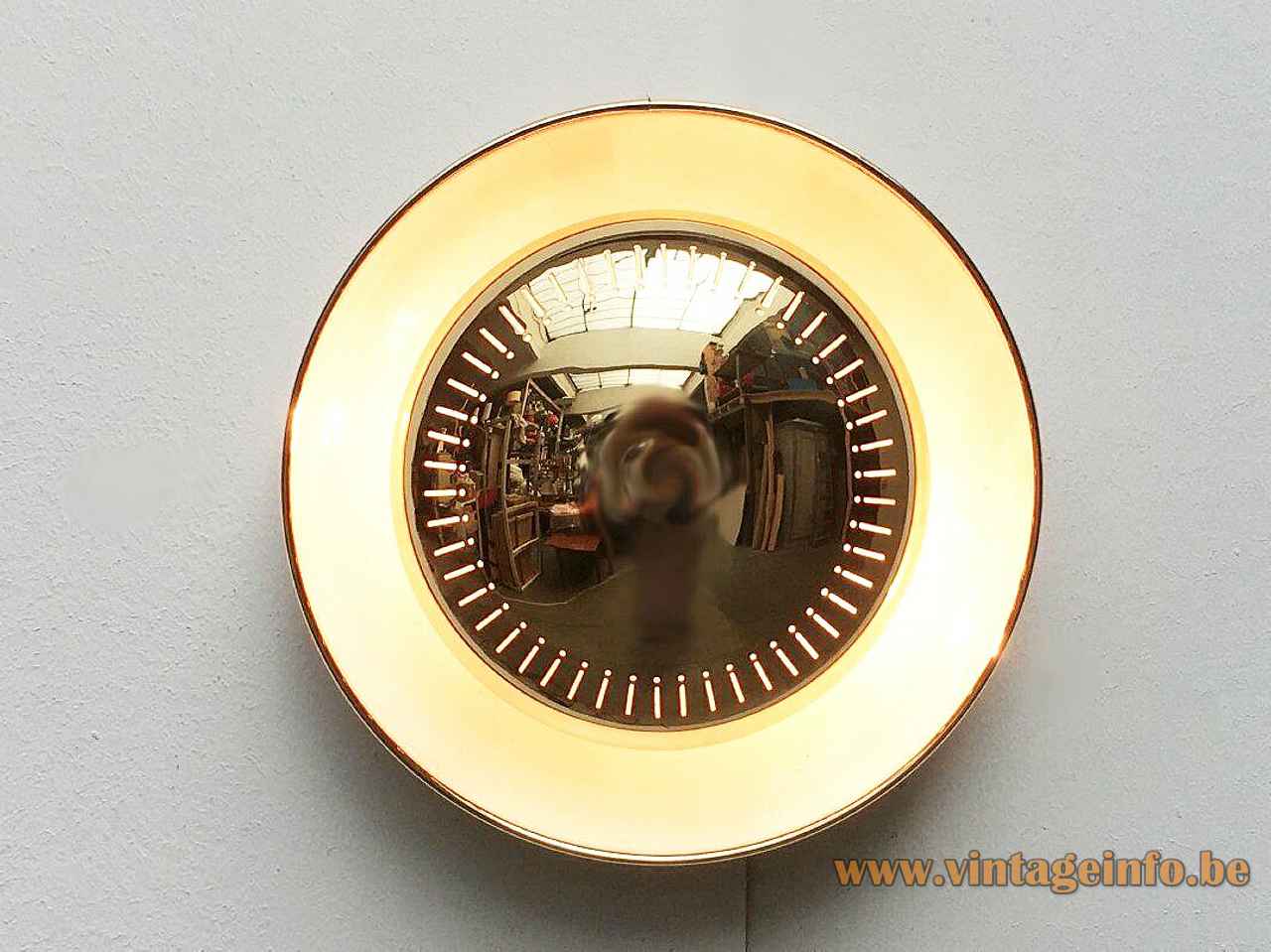 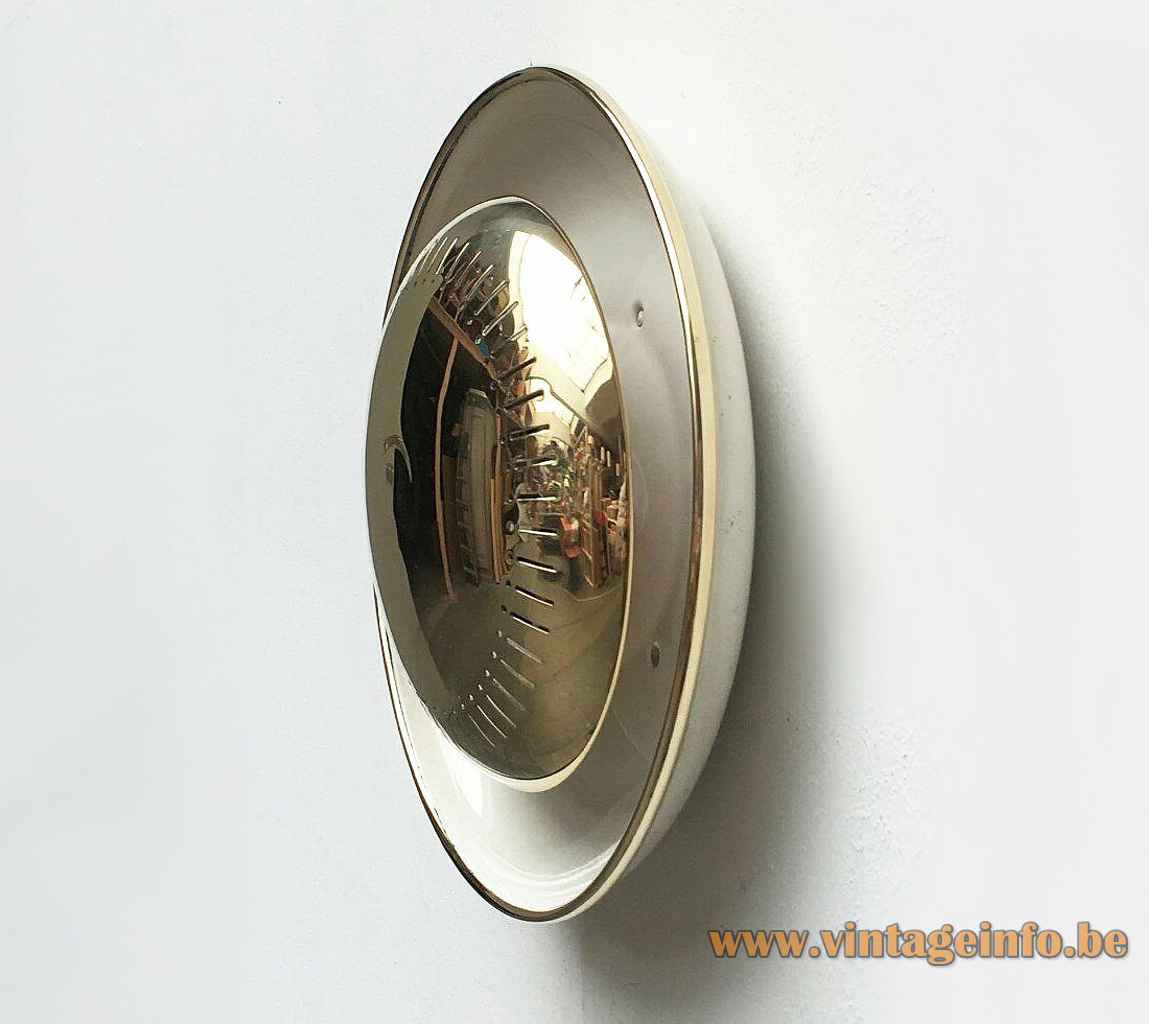 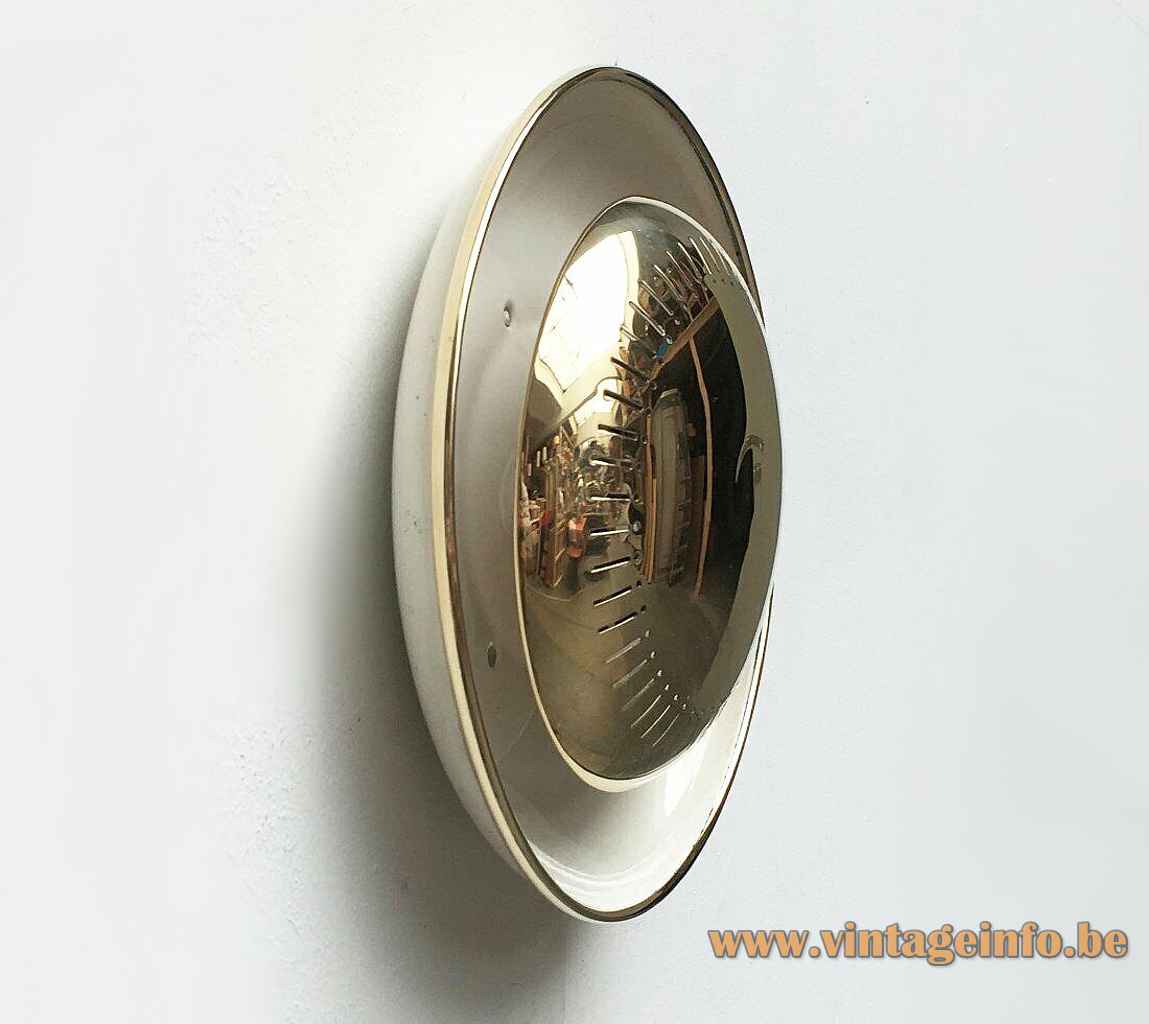 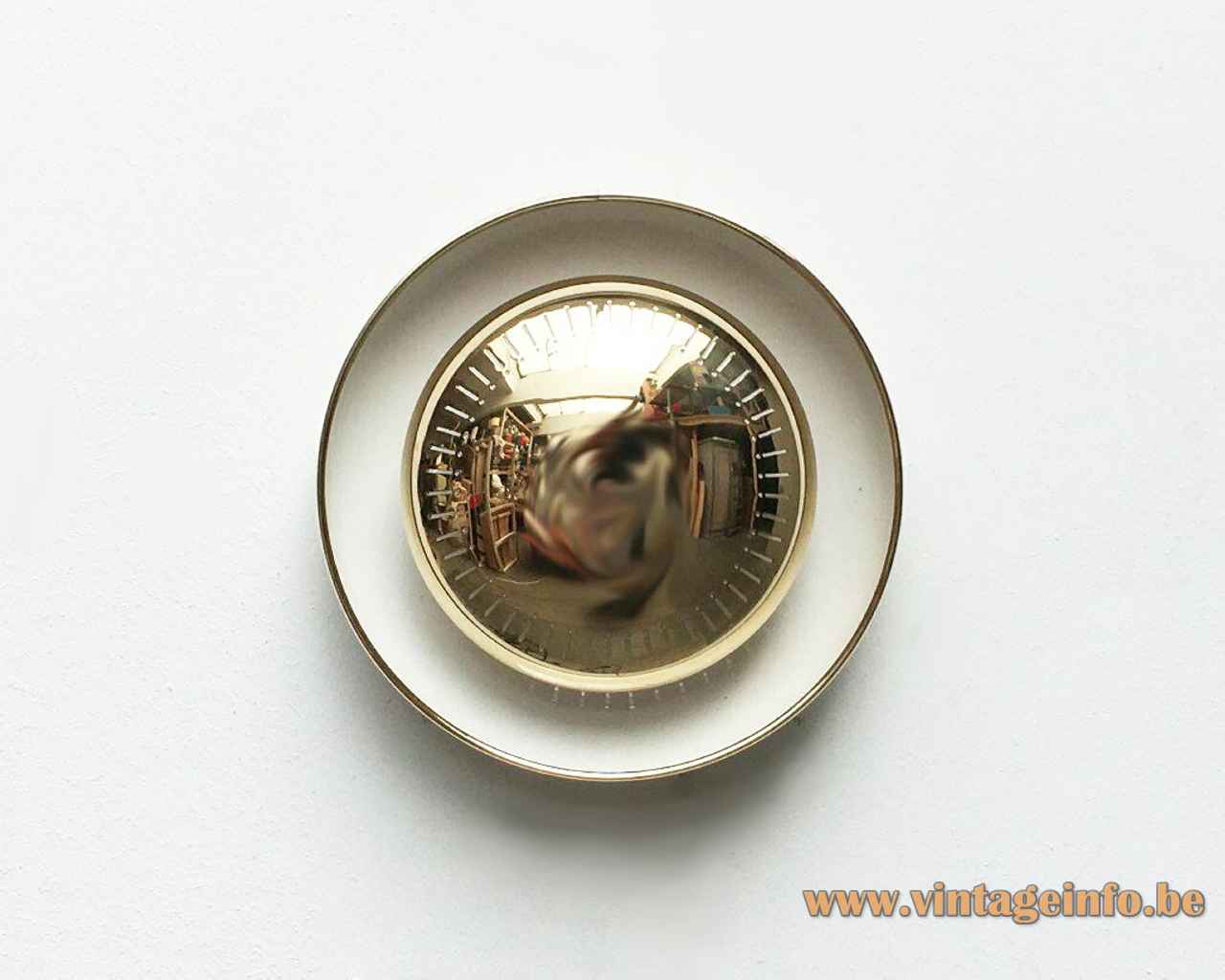 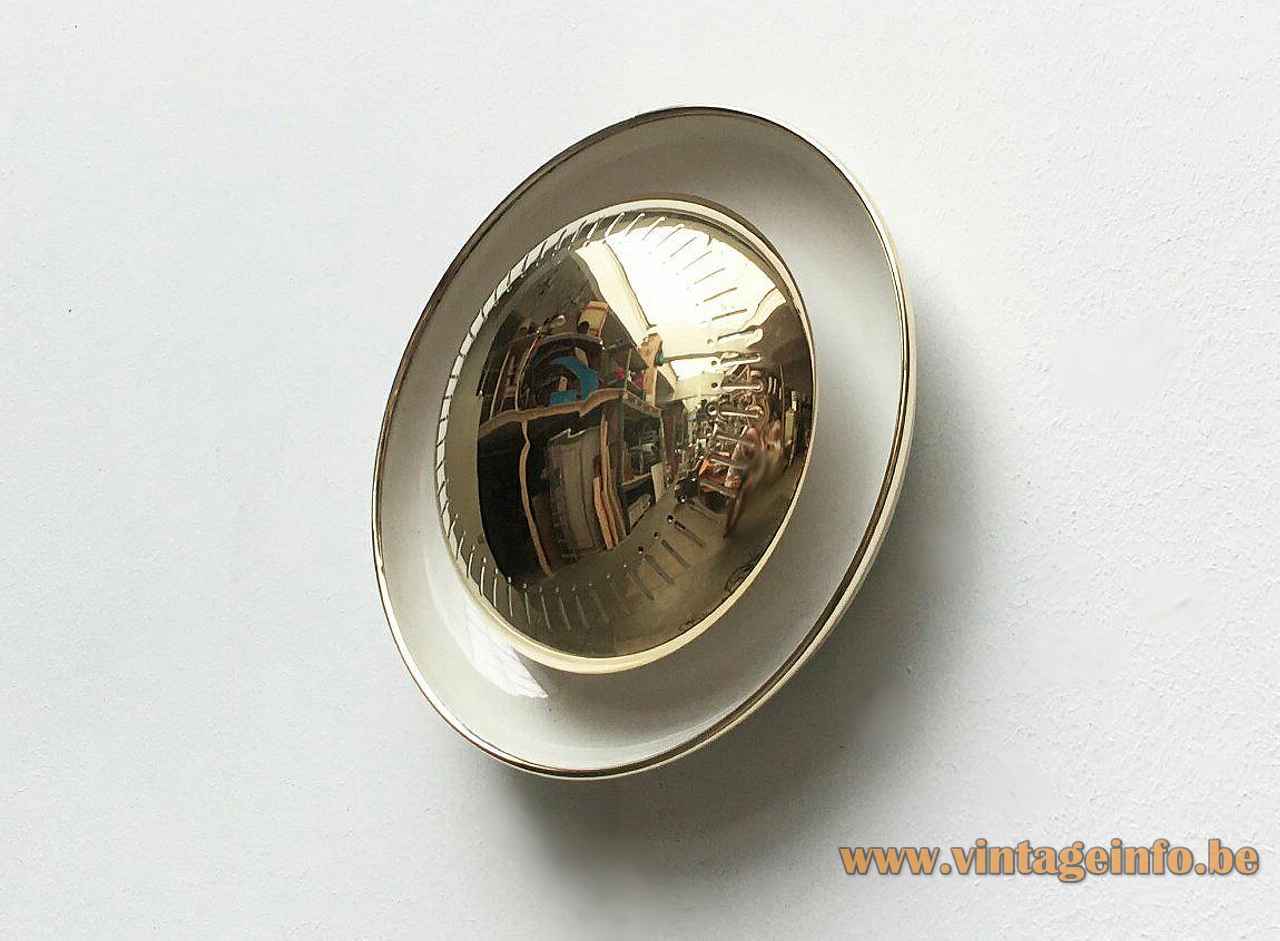 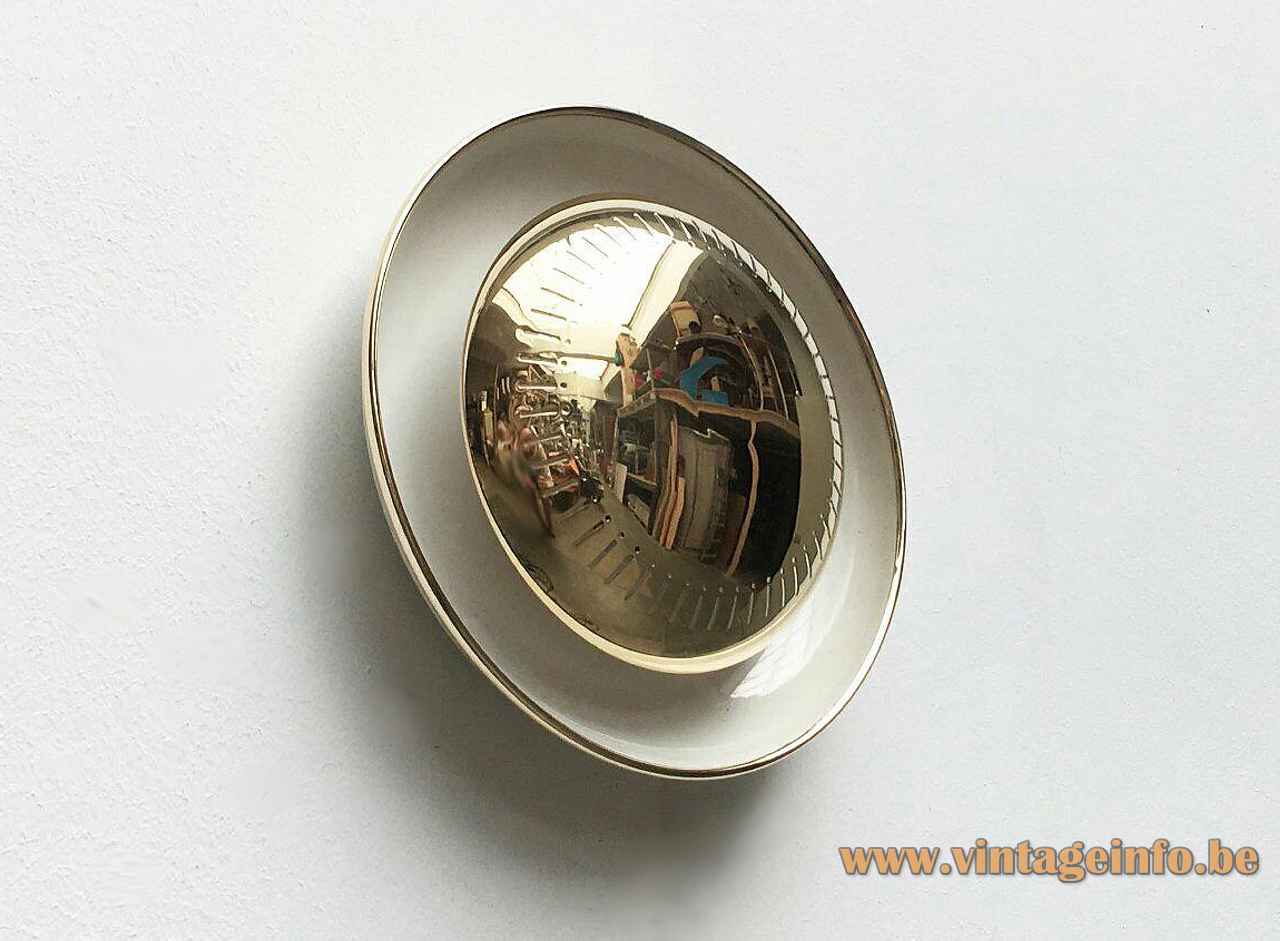 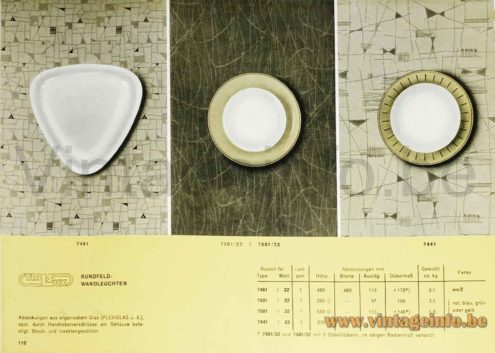 Other versions: This 1950s round brass wall lamp exists in several variations and sizes.

Hard to tell without a label who made it. Among others Staff Leuchten, Trilux, Hillebrand and Kaiser Leuchten produced these lamps with slight variations. According to the books and catalogues they were sold as a flush mount and a wall lamp.