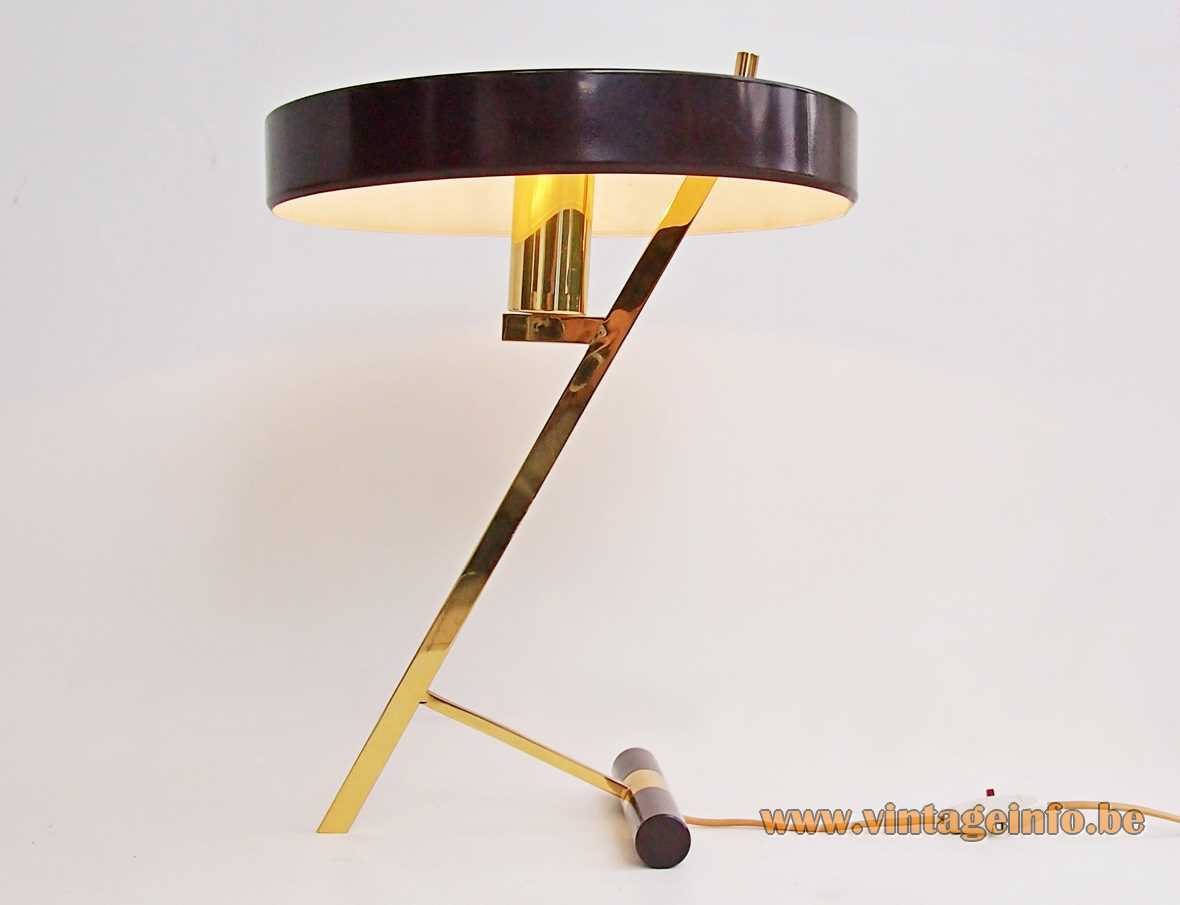 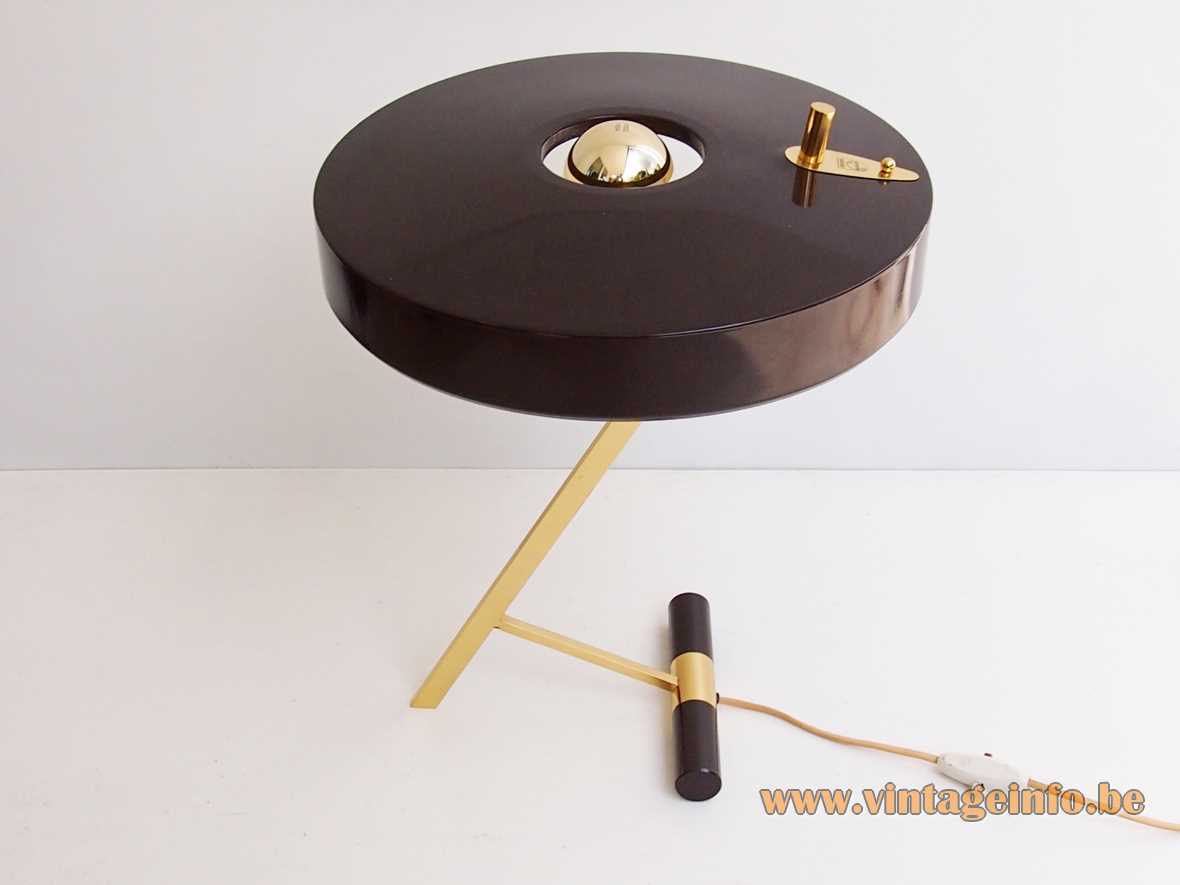 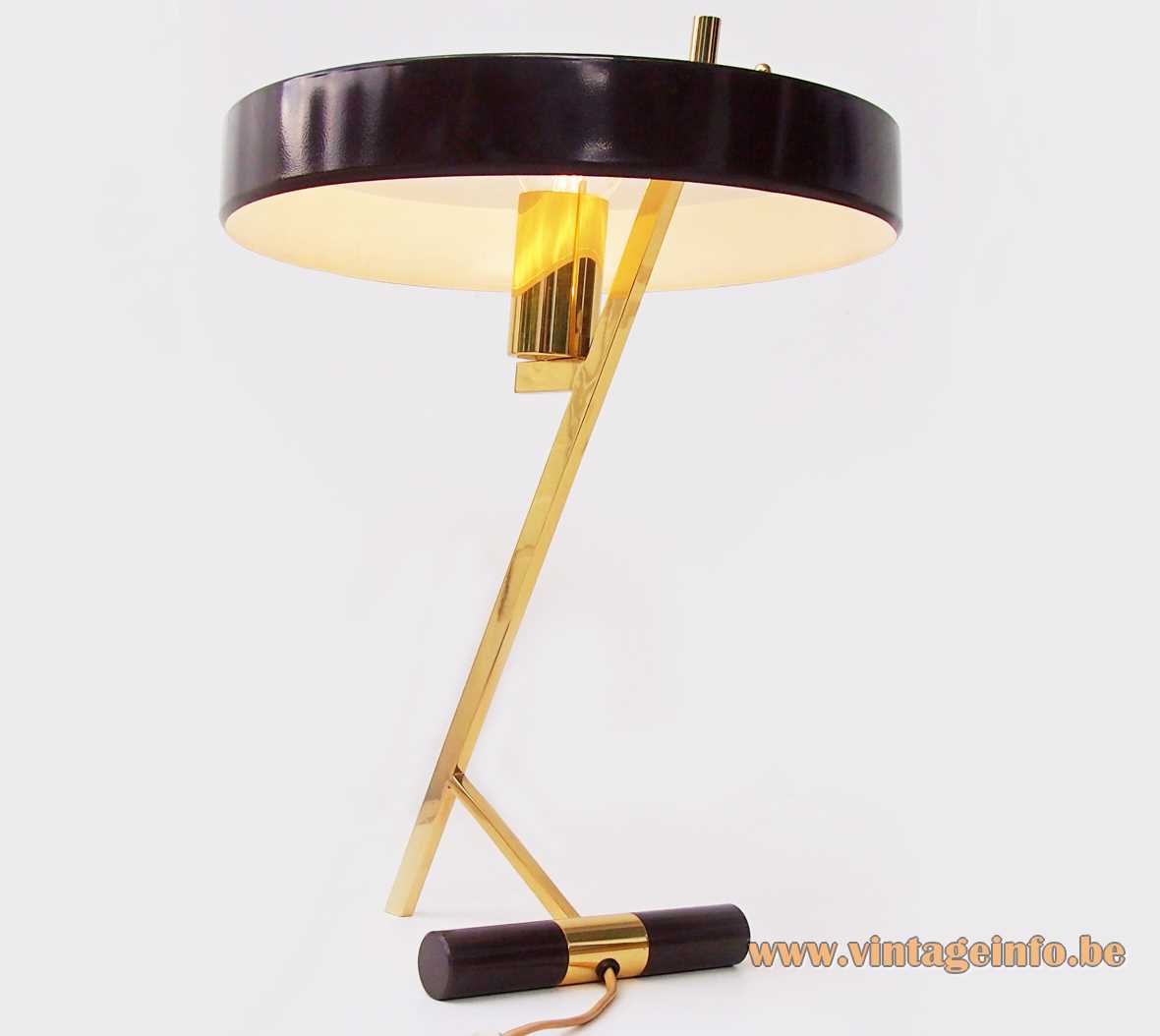 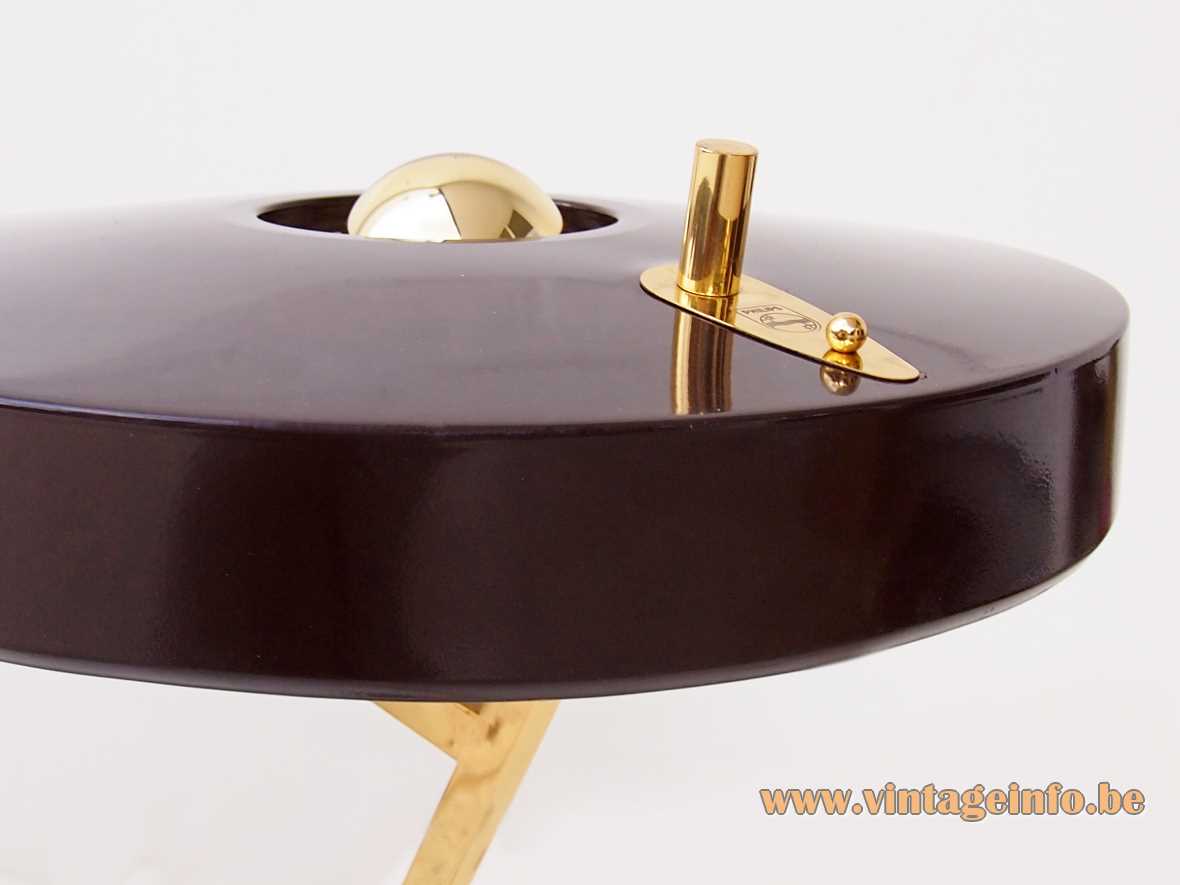 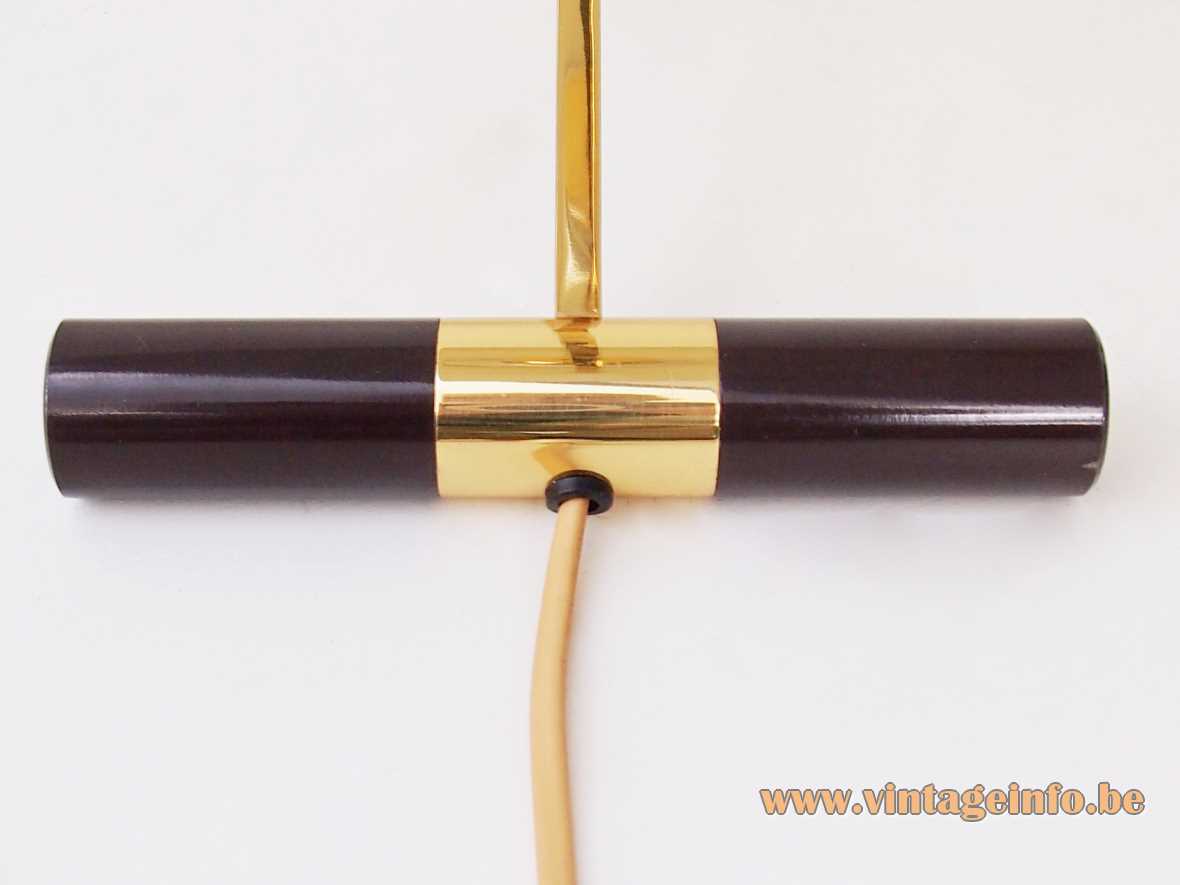 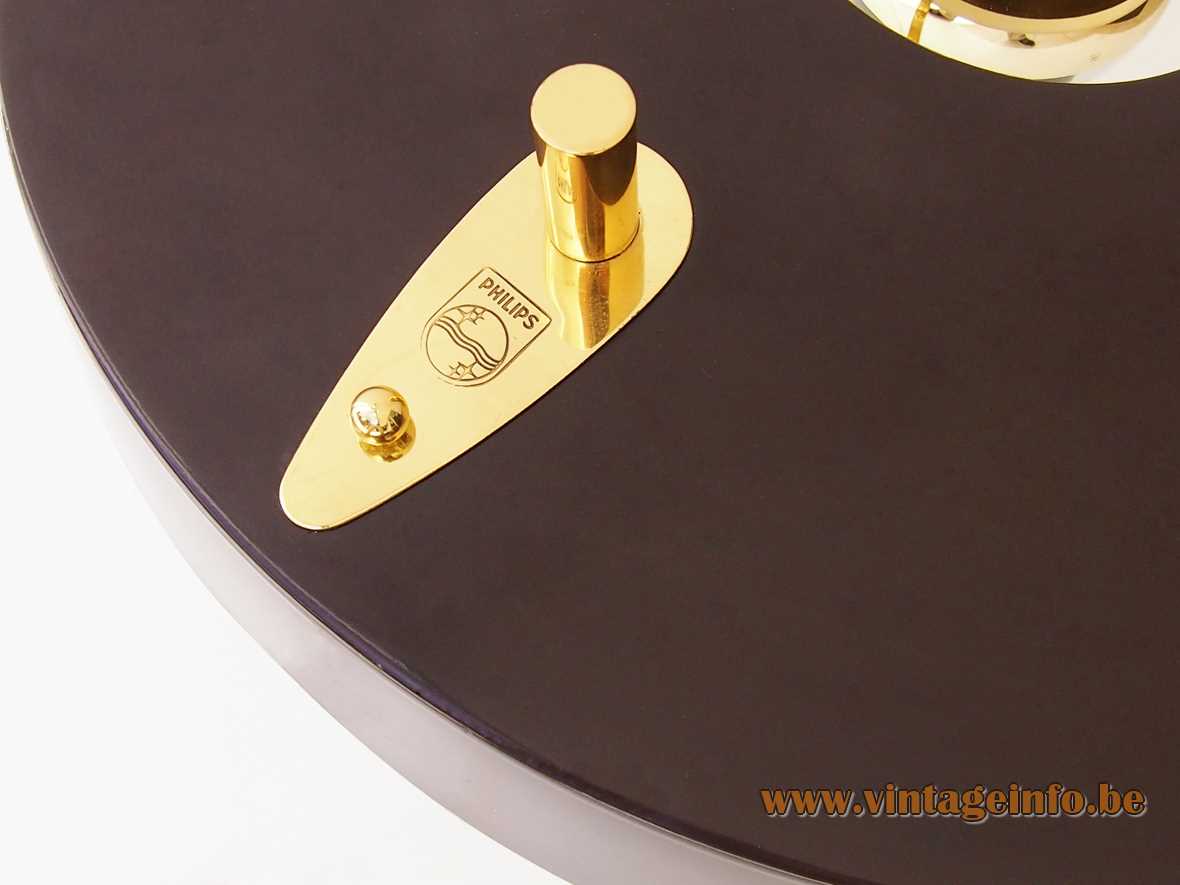 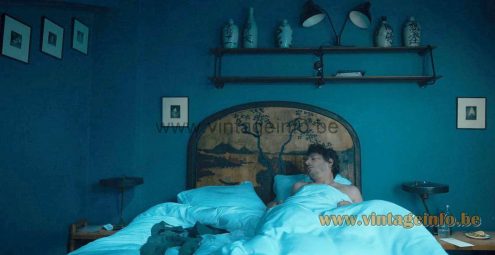 A Louis Kalff Philips Z table lamp was used as a prop in the 2016 French-Belgian television thriller series Zone Blanche (White zone but named Black spot). Starring Suliane Brahim, Hubert Delattre and Laurent Capelluto. Many other lamps were used as a prop. You can find several of them over here. 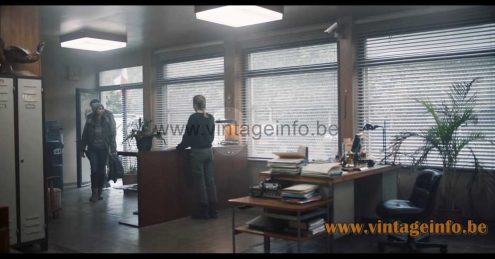 A Louis Kalff Philips Z table lamp was used as a prop in the 2015 – 2018 French parody spy TV series Au Service De La France (A Very Secret Service).  Starring Hugo Becker, Wilfred Benaïche and Christophe Kourotchkine. Many lamps were used, mostly French lamps. Here in episode 3, season 2. This lamp is a time traveller, the series is situated in 1960. Several other errors appear in this series. 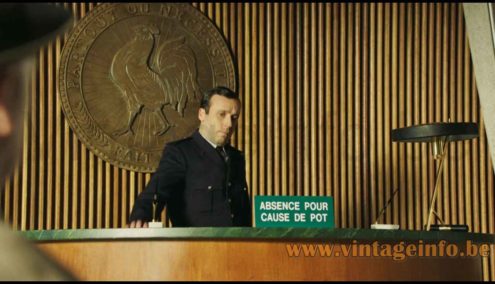 Other versions: Most of the time the Louis Kalff Philips Z table lamp is painted black. This one is in a rare seen dark brown, chocolate brown colour. Most beautiful with a gold tipped light bulb. The black ones and other colours need a silver tipped light bulb. Also a version with a leather rim exists.

Often named Louis Kalff Philips Z Lamp, the reason is clear. The real name is Diplomat. It is the successor of the Decora desk lamp designed by Louis Kalff in the 1950s. This desk lamp was made from the late 60s, early 70s until the 1980s. Same desk lamp, different lampshade. You can find the Decora over here on Vintageinfo. 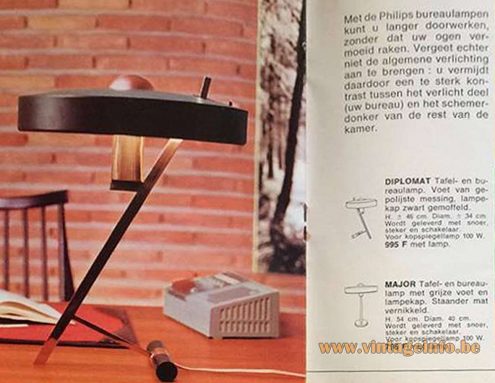 A Louis Kalff Philips Z table lamp was used as a prop in the 2017 British-American mystery film Crooked House. Starring: Max Irons, Stefanie Martini and Glenn Close. Written by Agatha Christie in 1949, the film is set in 1957, but the Diplomat is from the late 60s. Also a Hans Kögl floor lamp appears, the German company was founded in 1979. The Ericson Ericofon telephone on the desk was designed in the late 40s. Production for the open market began in 1956, so that is possible.

A Philips Diplomat desk lamp appears in the first seconds of a 2020 commercial for the Belgian rice company Bosto.