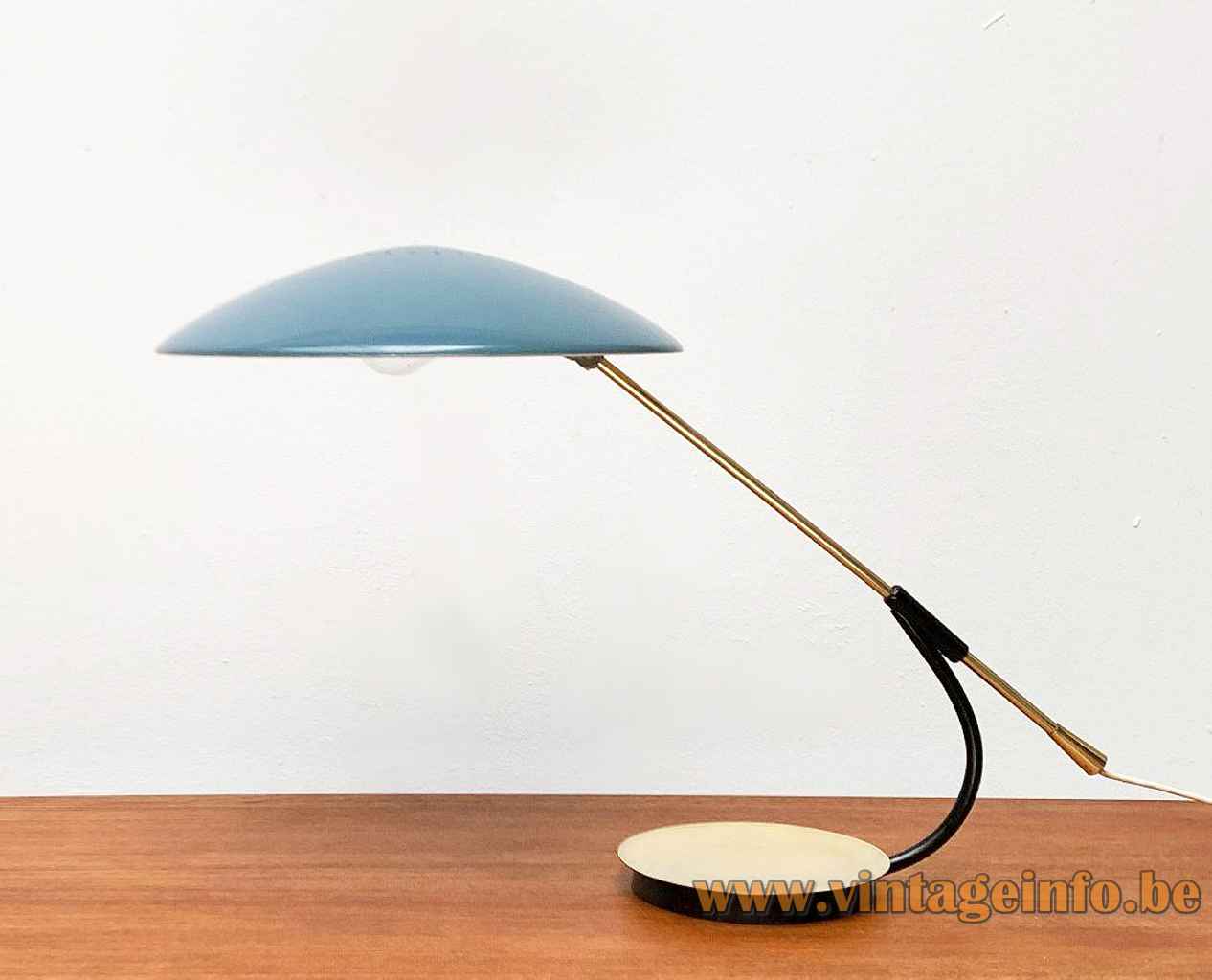 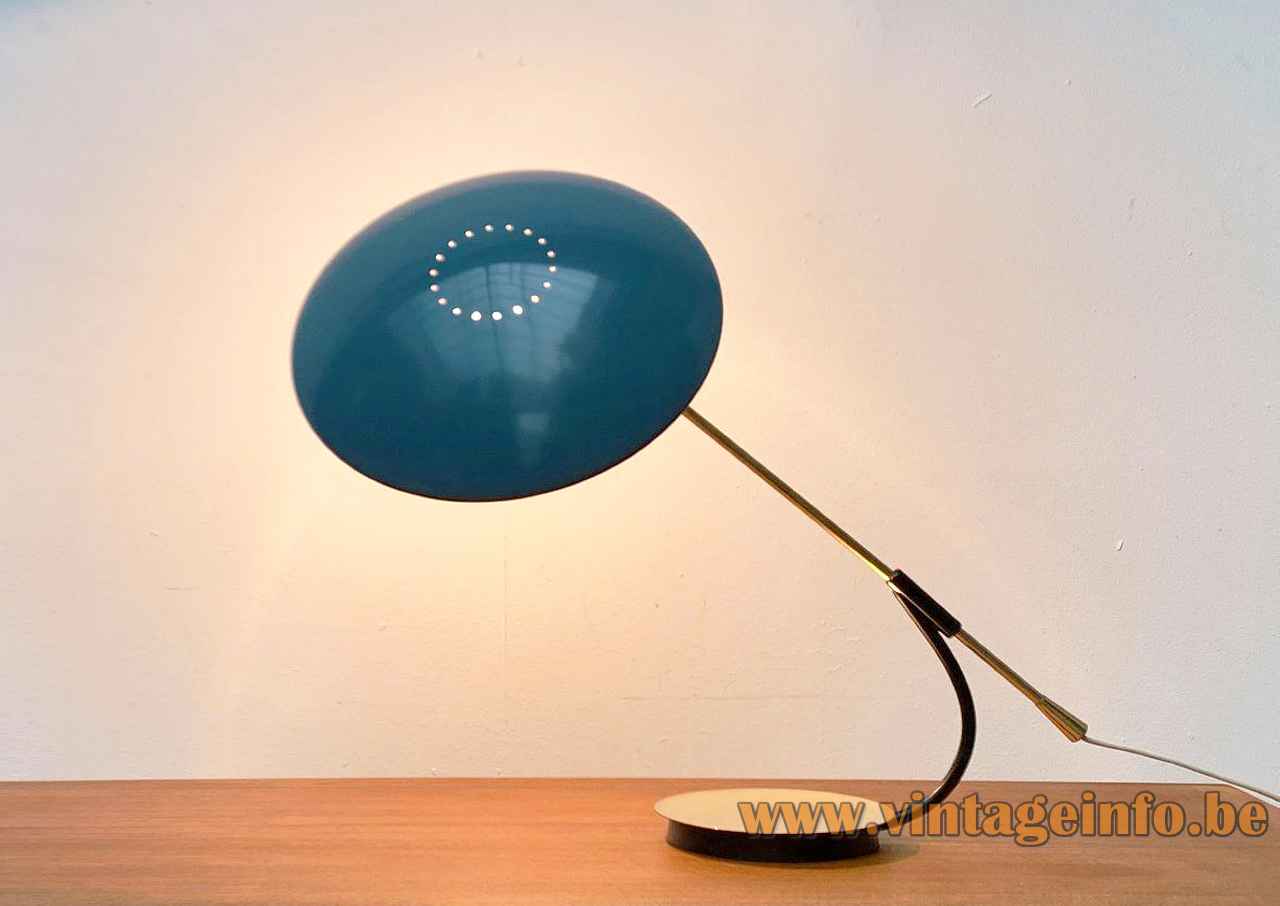 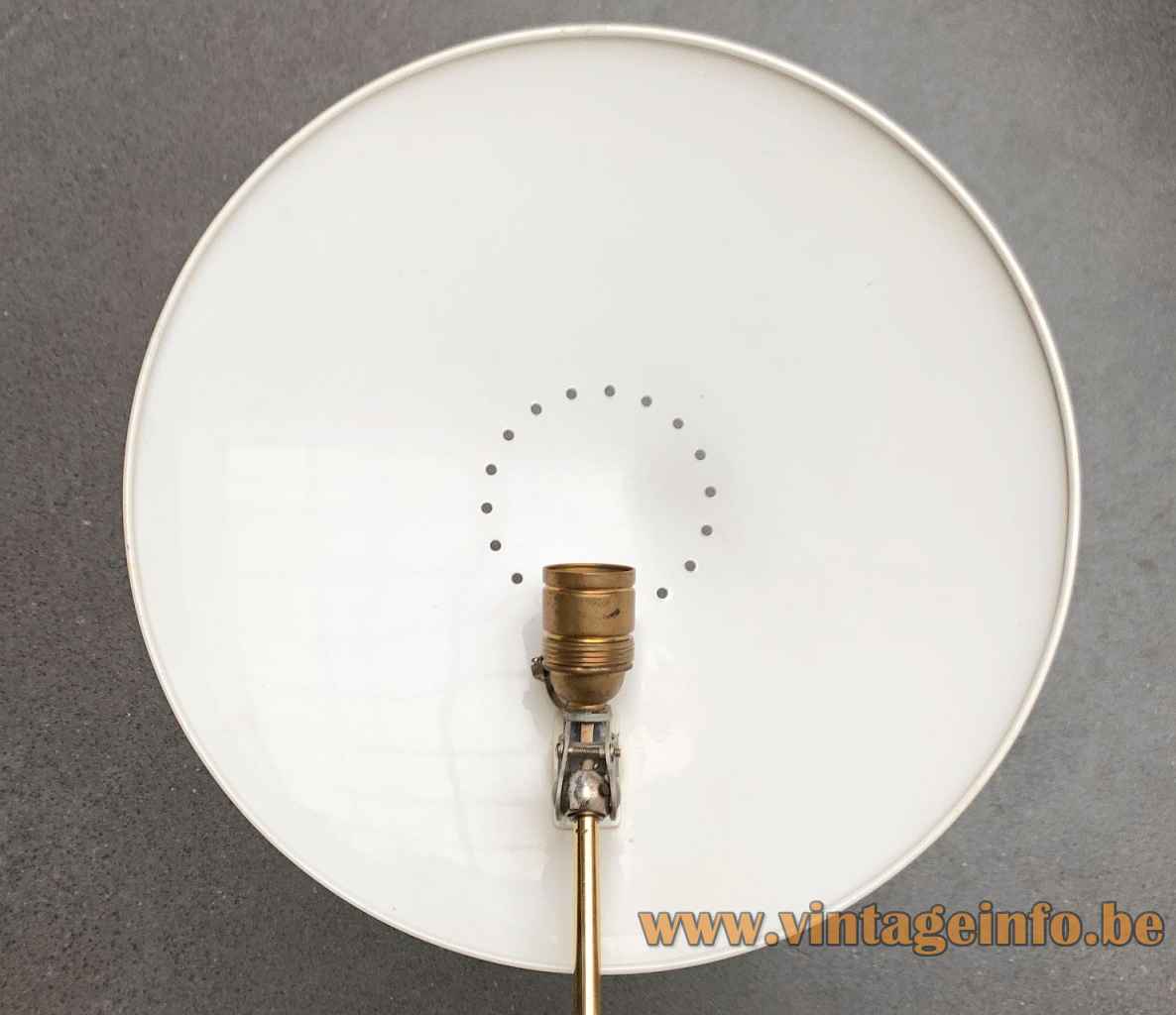 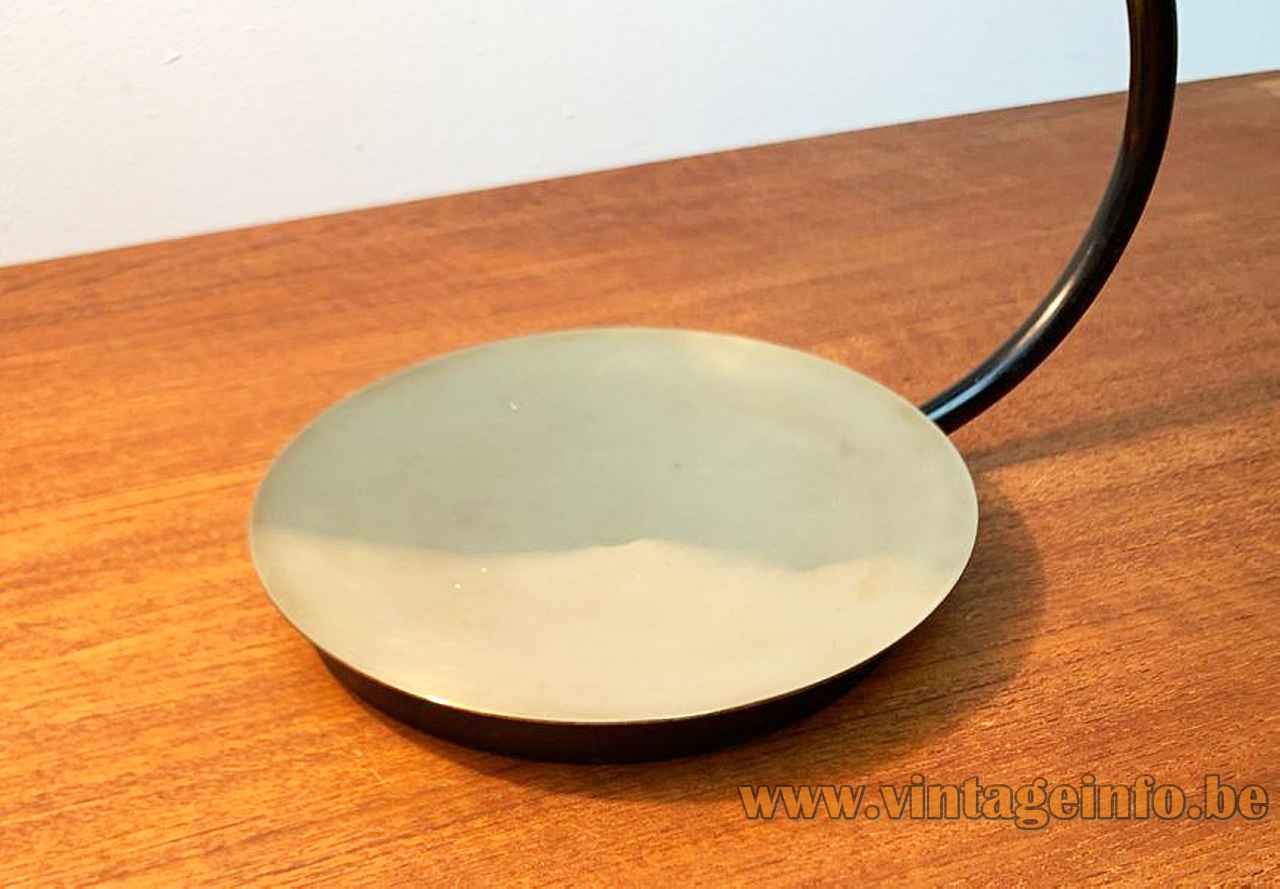 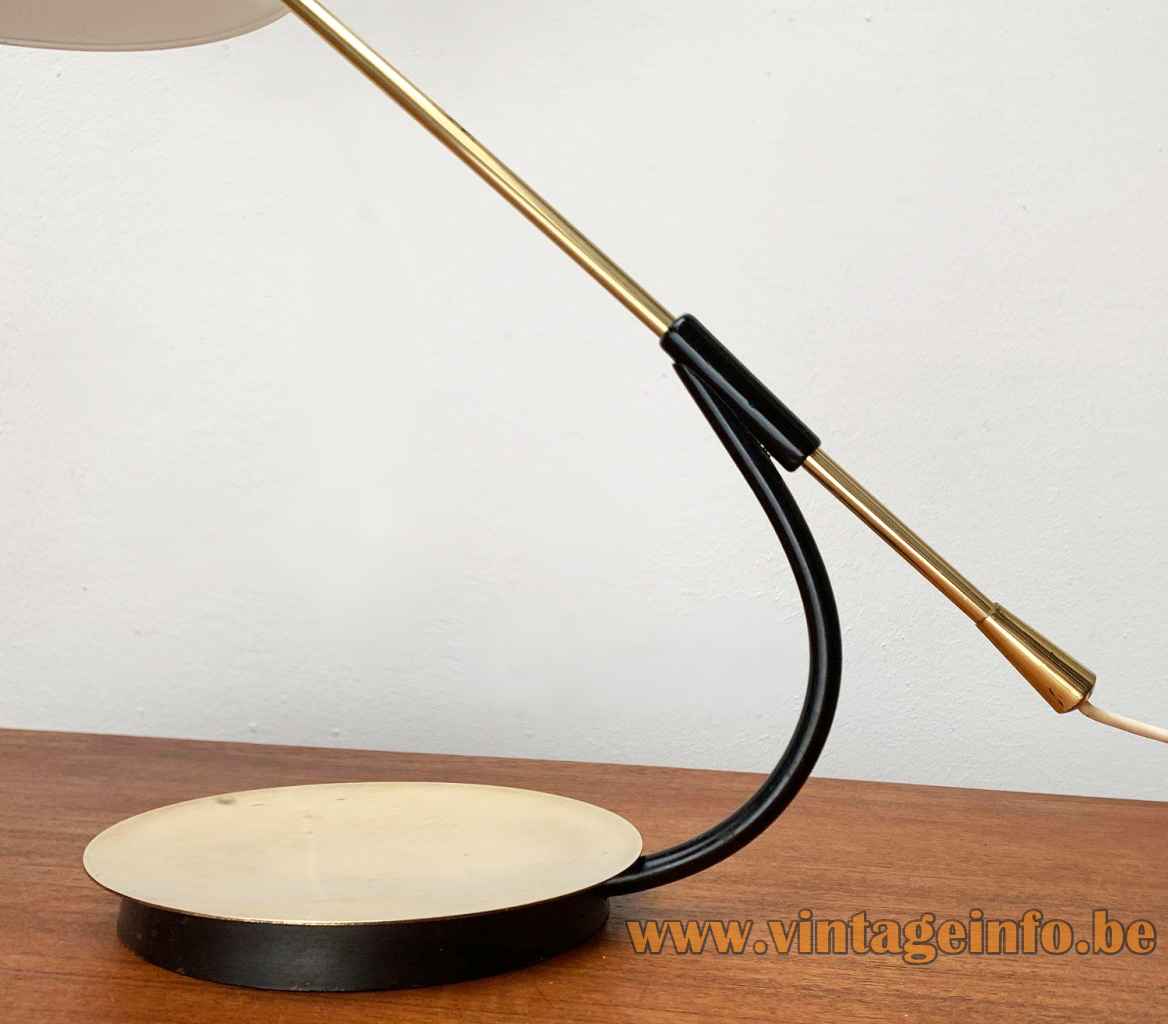 Materials: Round metal & hollow brass base. Cast iron counterweight inside the base. Green felt on the bottom. Curved black painted metal rod. Adjustable brass rod with a conical counterweight. Pastel blue round mushroom lampshade with a ring of 18 round perforations on top. Chrome knee joint. Some metal parts & screws. Brass E27 socket.

Other versions: This Kaiser Idell desk lamp 6775 exists in several colours. The base and the lampshade were used for several other lamps.

Christian Dell designed many “Idell” lights for Kaiser Leuchten. The term “Idell” is a reference to the word idea and his surname, Dell.