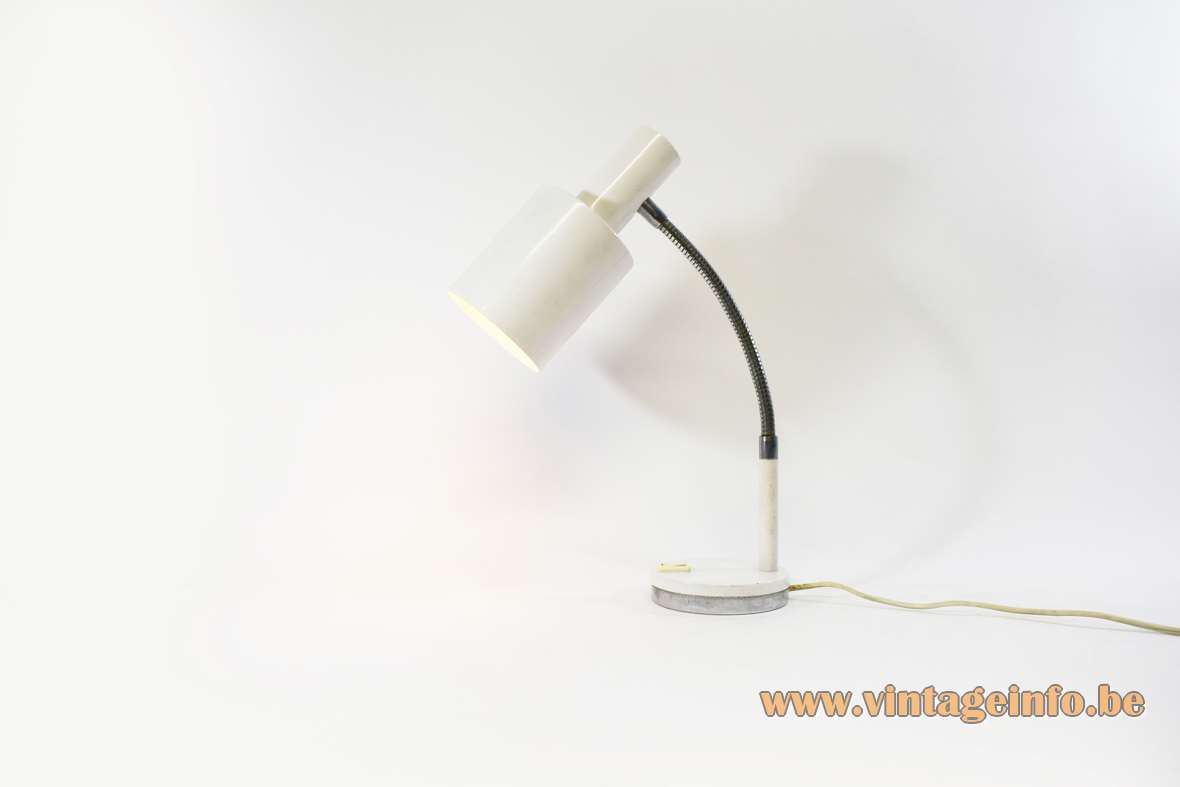 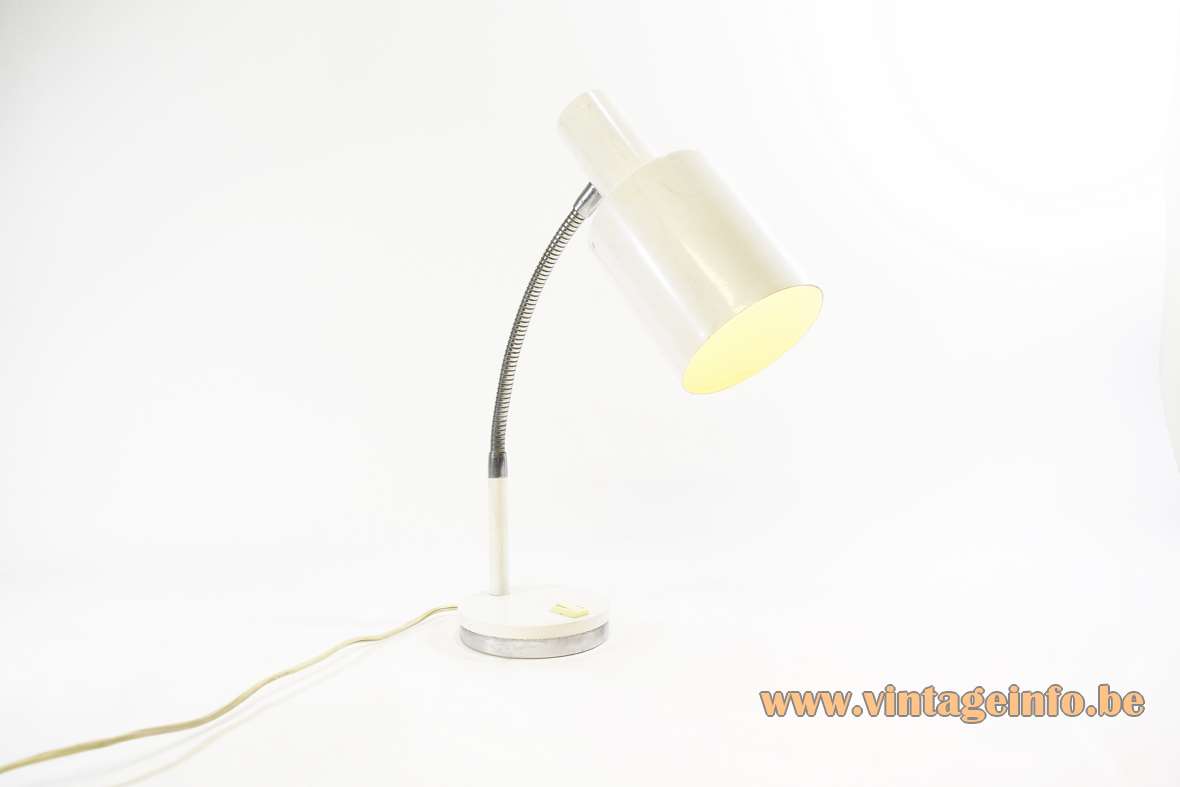 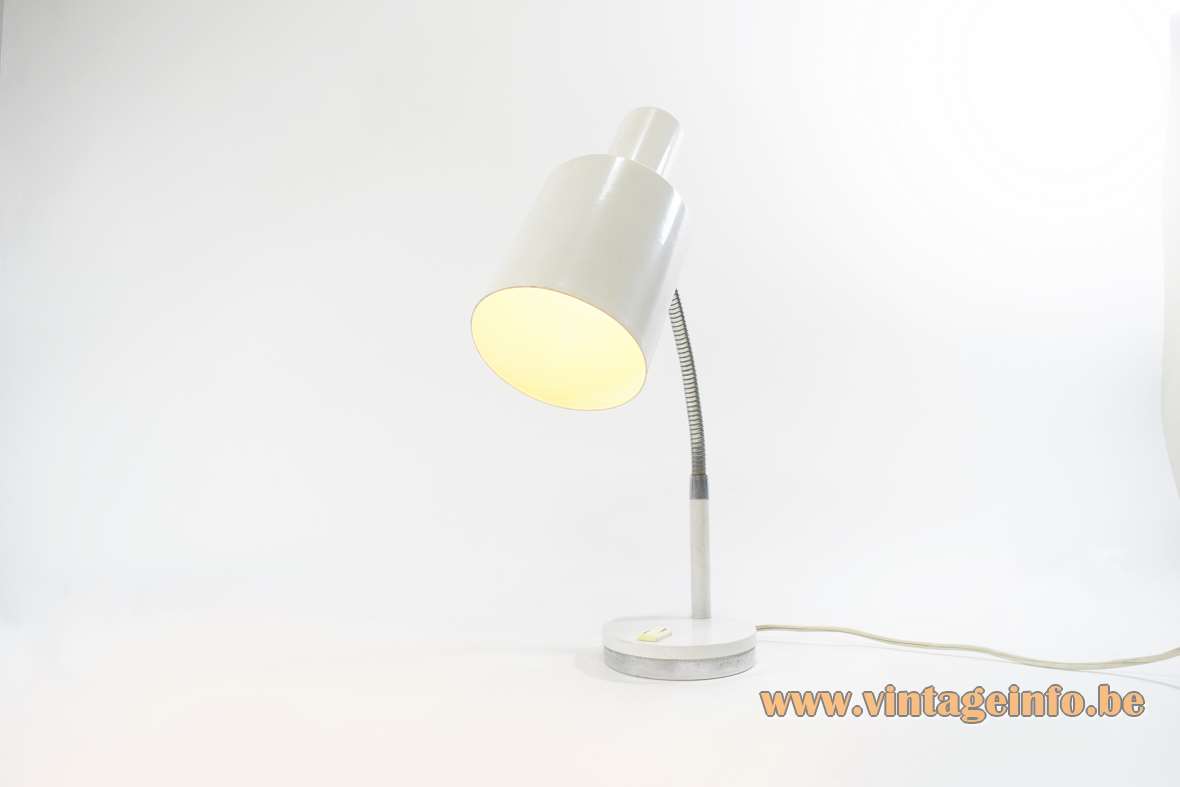 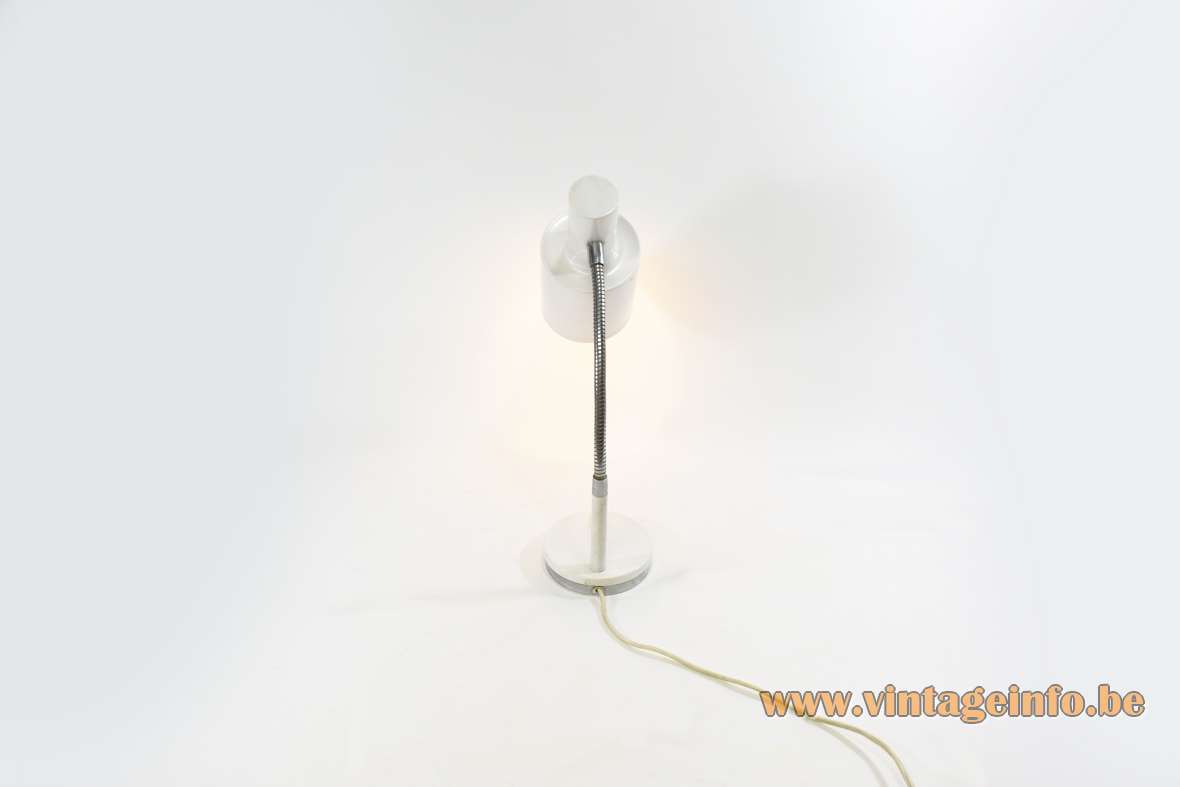 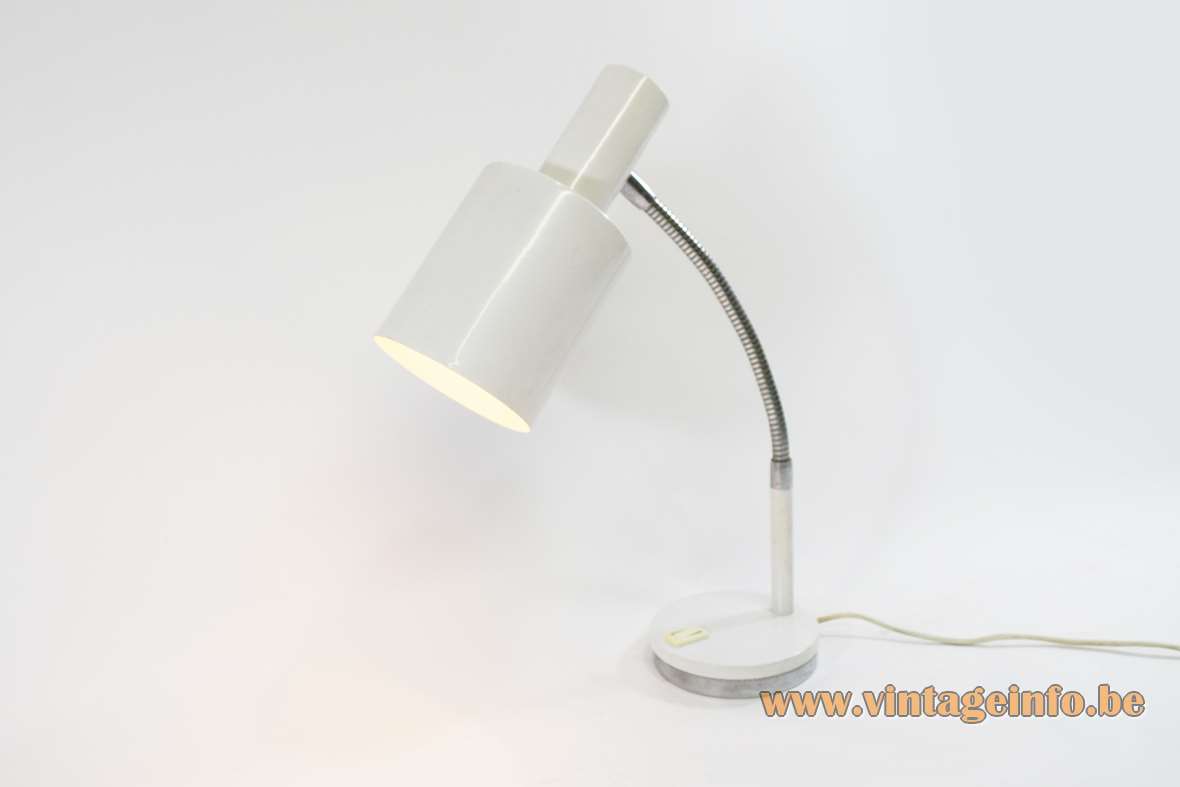 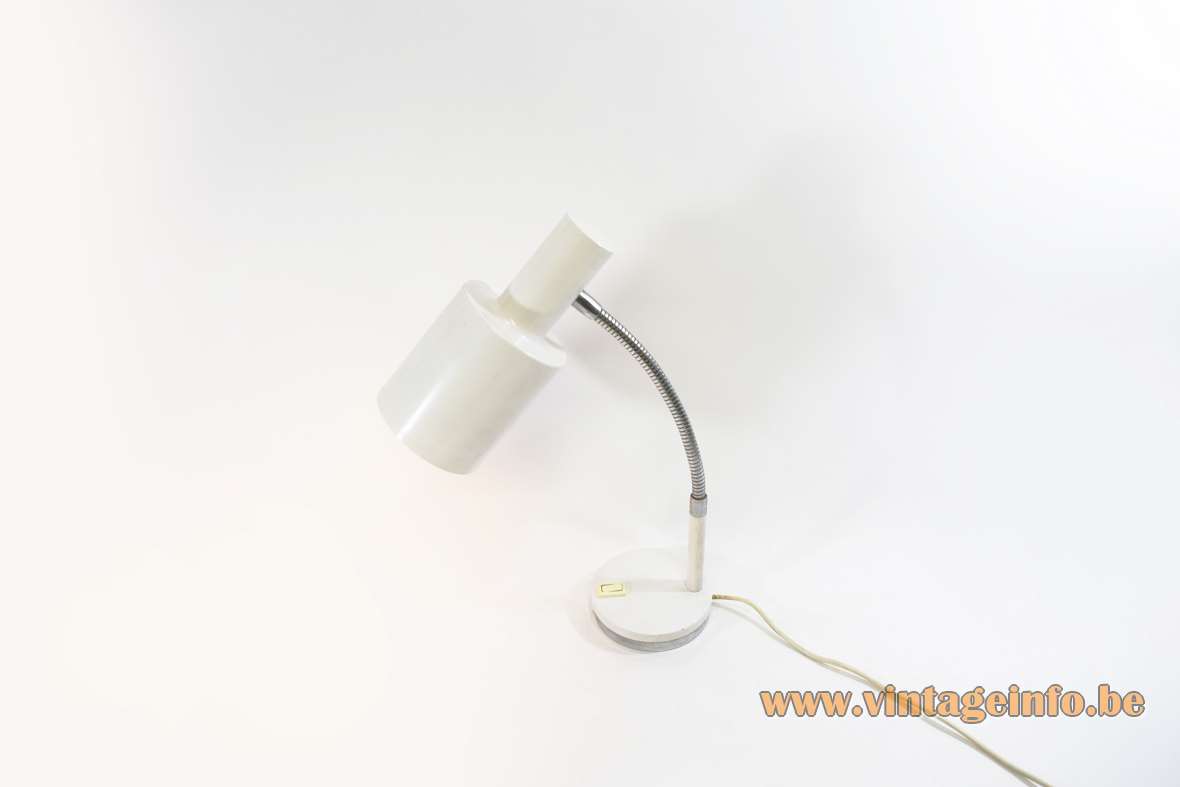 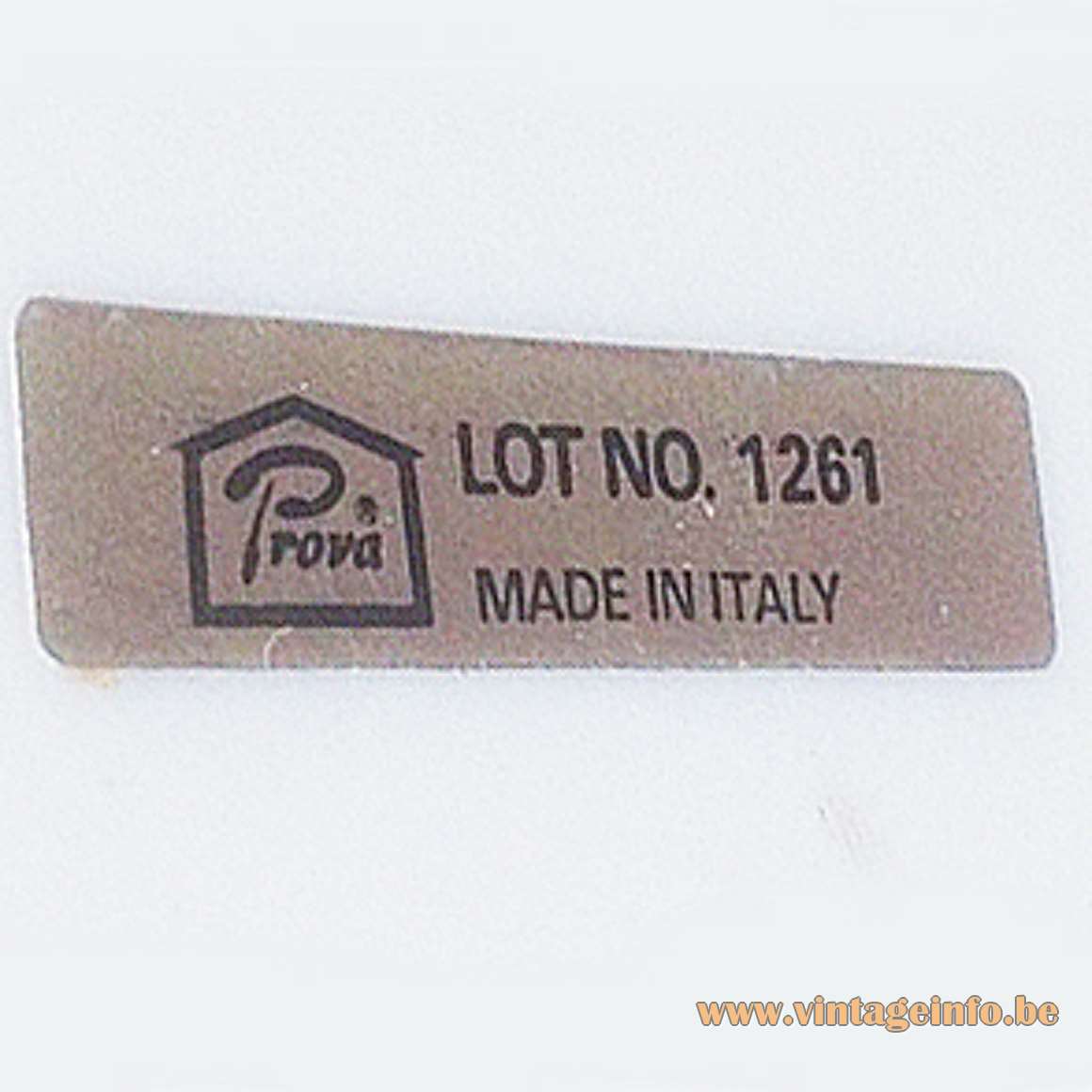 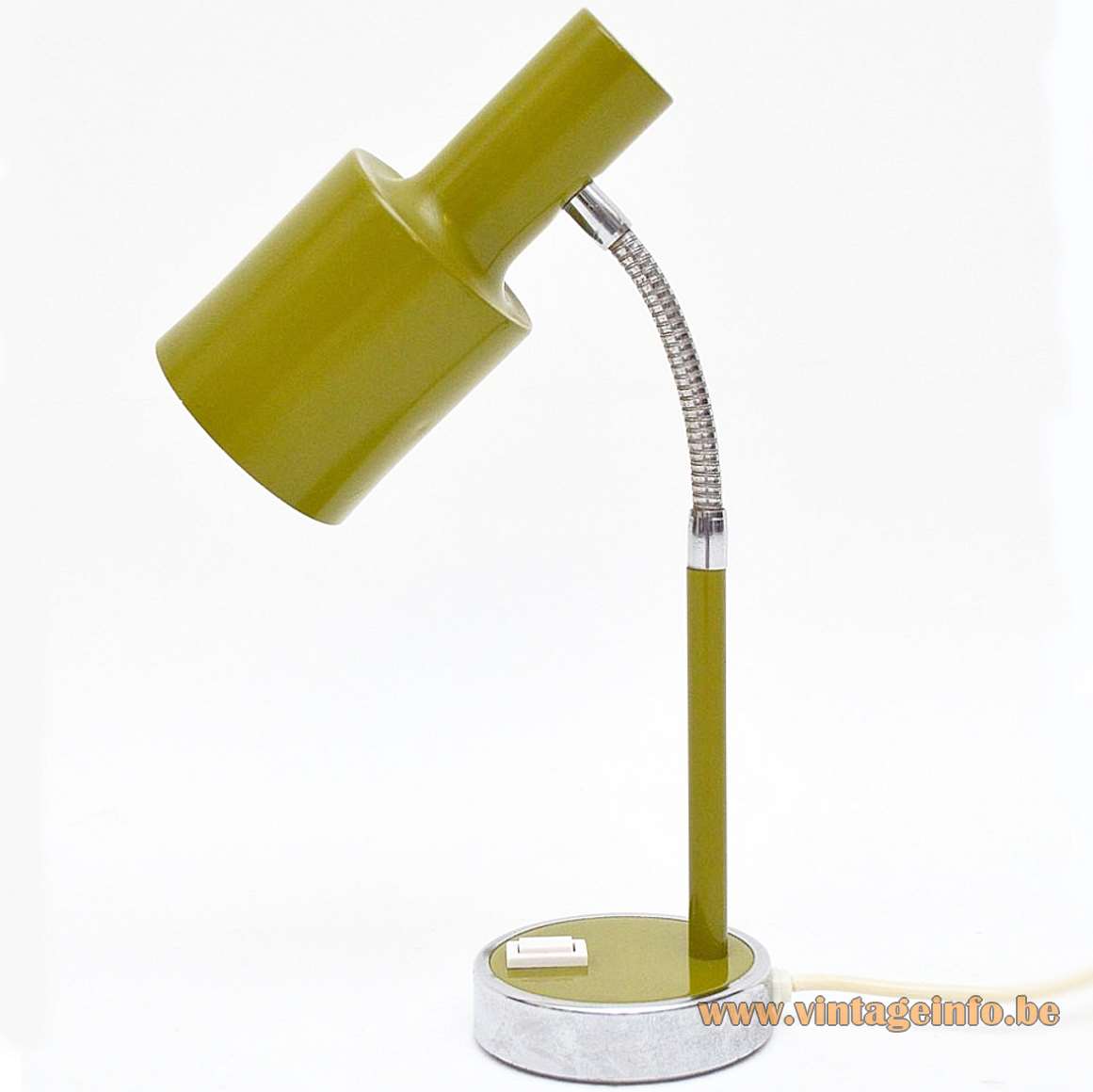 Other versions: This 1970s Prova desk lamp exists in many colours. Also made in a smaller version (+- 31 cm / 10.23” high) with a slightly different base with chromed edges on top, as you can see.

These desk lamps are often attributed to Gepo, Anvia or Herda, 3 light producers from the Netherlands. However, these lamps were never sold by these companies.

In Europe these lamps were sold by Massive from Belgium, in the United Kingdom by BHS. In France by Aluminor.

There is no label present on this one. Below is the label from the company, it was glued on another, identical lamp.

British Home Stores was a British department store chain, primarily selling clothing and household items. The company was founded in 1928. It went bankrupt in 2016. The Qatari Al Mana Group purchased BHS and formed a new business, BHS International (UK) Limited, based in London. It launched a new website: bhs.com.

The switch is made by the Italian company Acciarri. A small company that is long gone. However Acciarri also produced lamps. Sometimes you find one for sale on the internet. Most of the time it is an industrial architect desk lamp from the 1970s. Something completely different than these lamps.