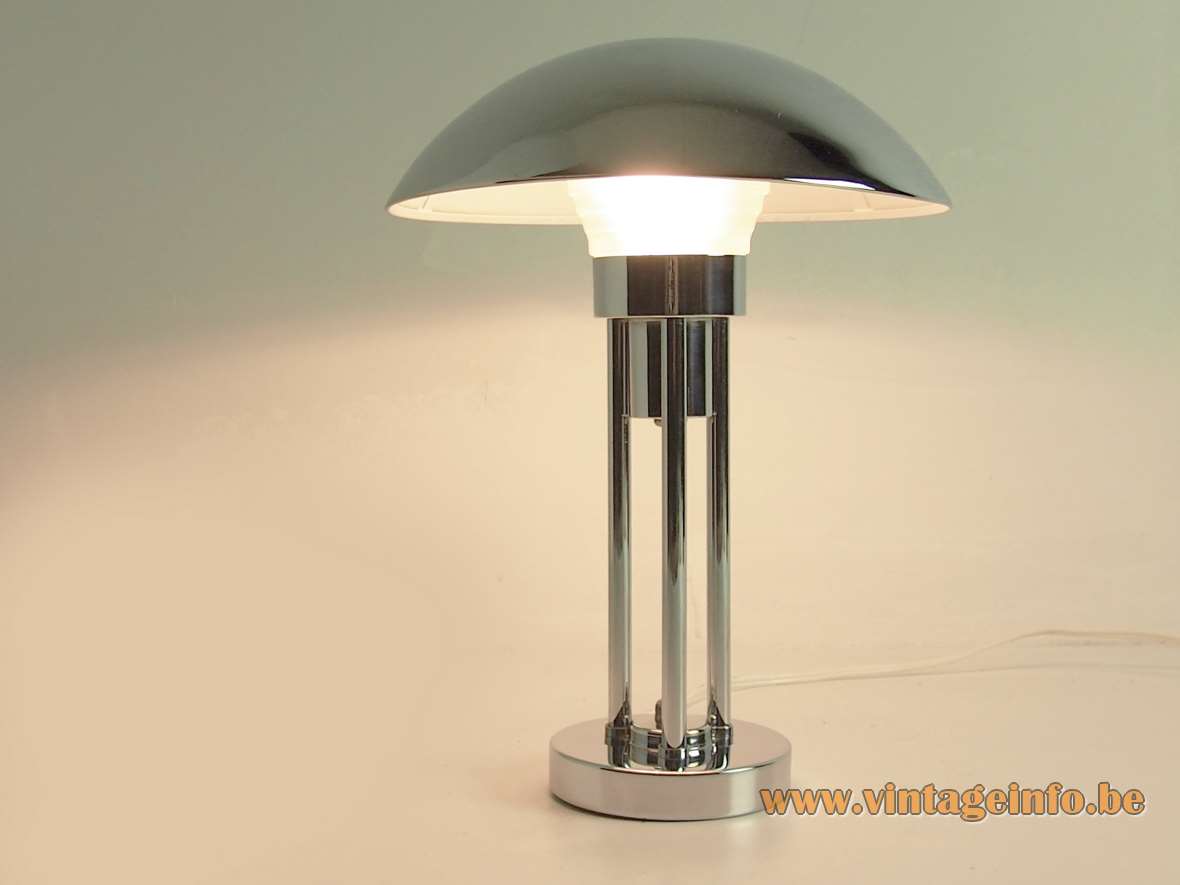 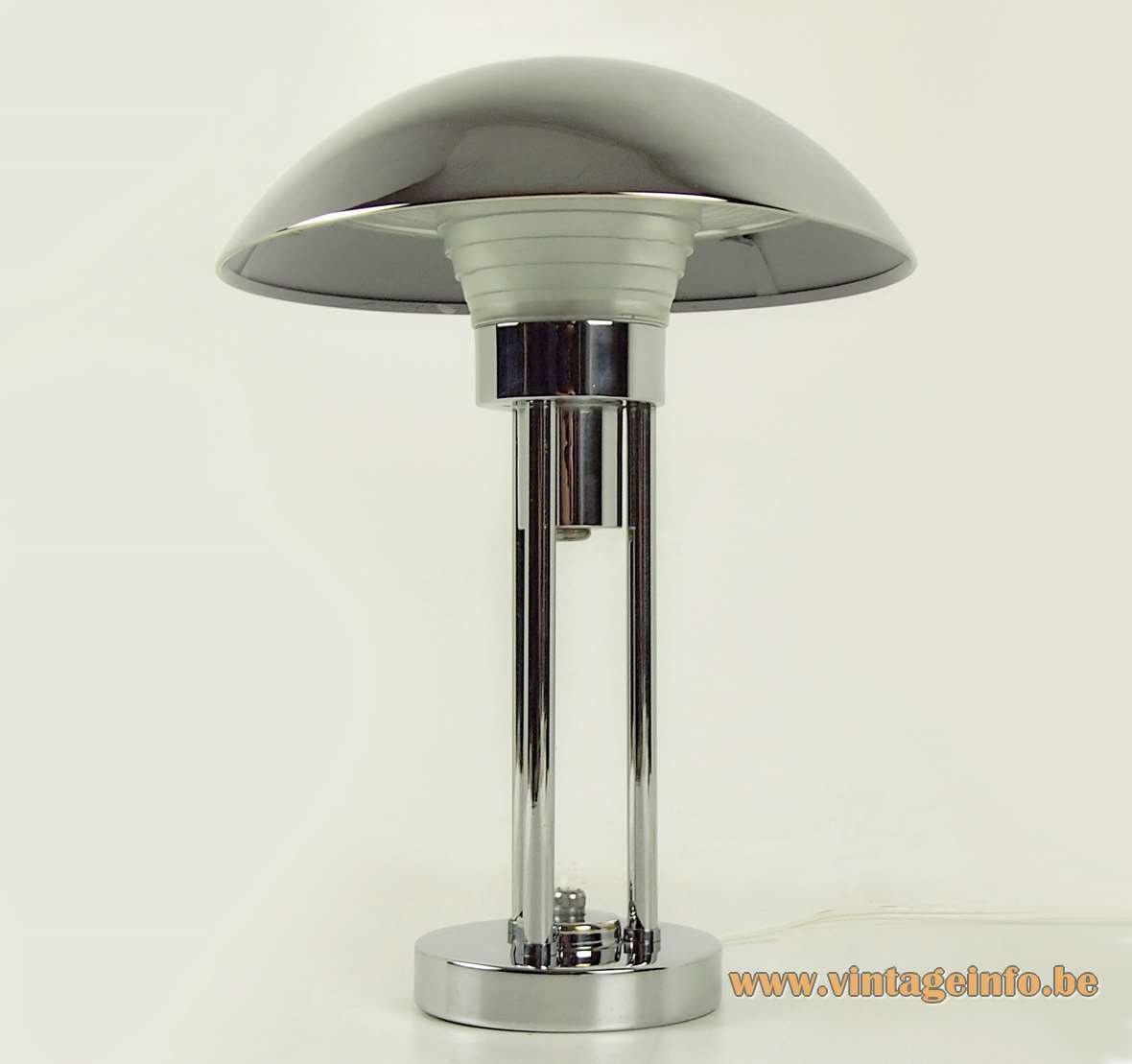 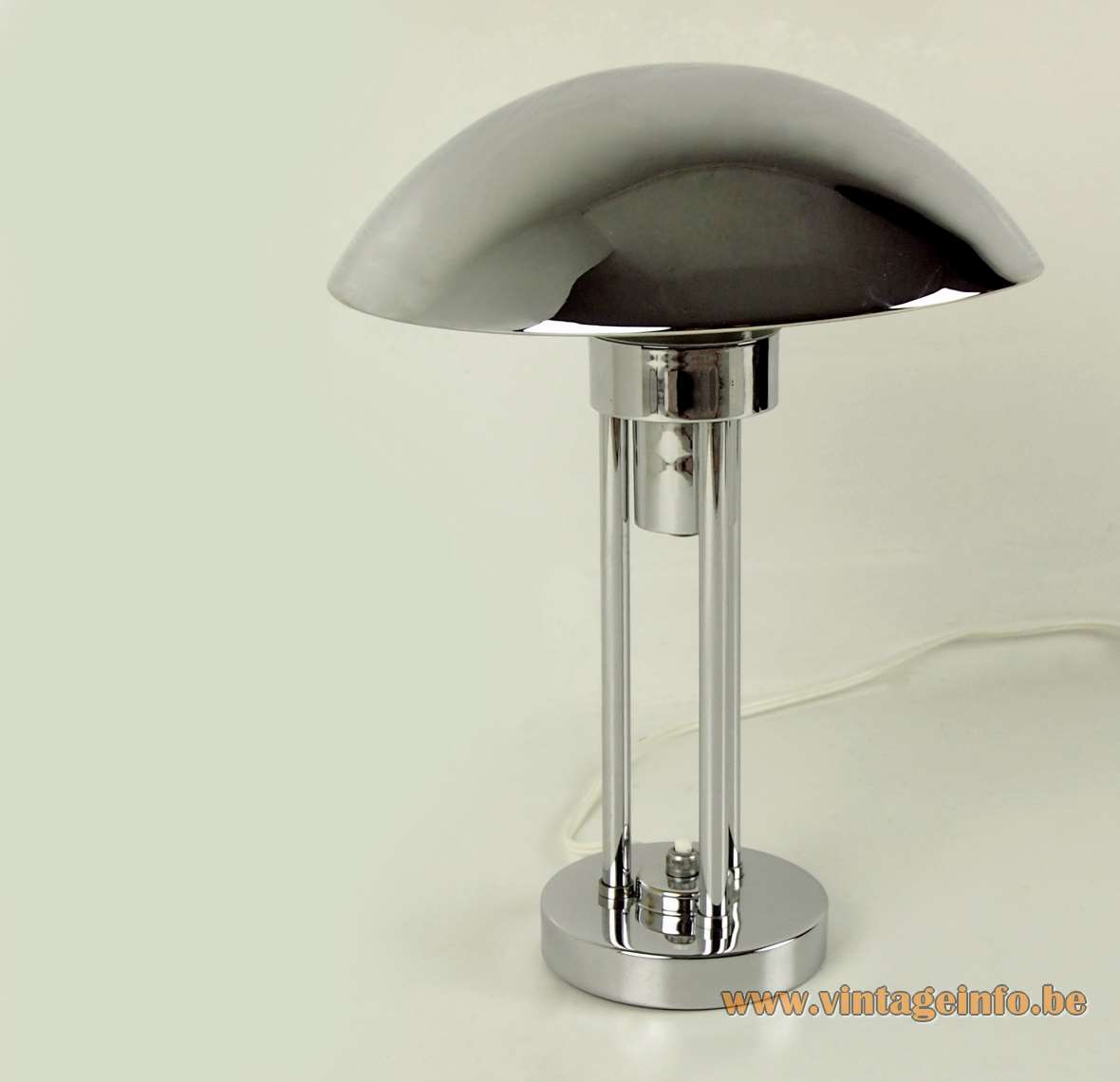 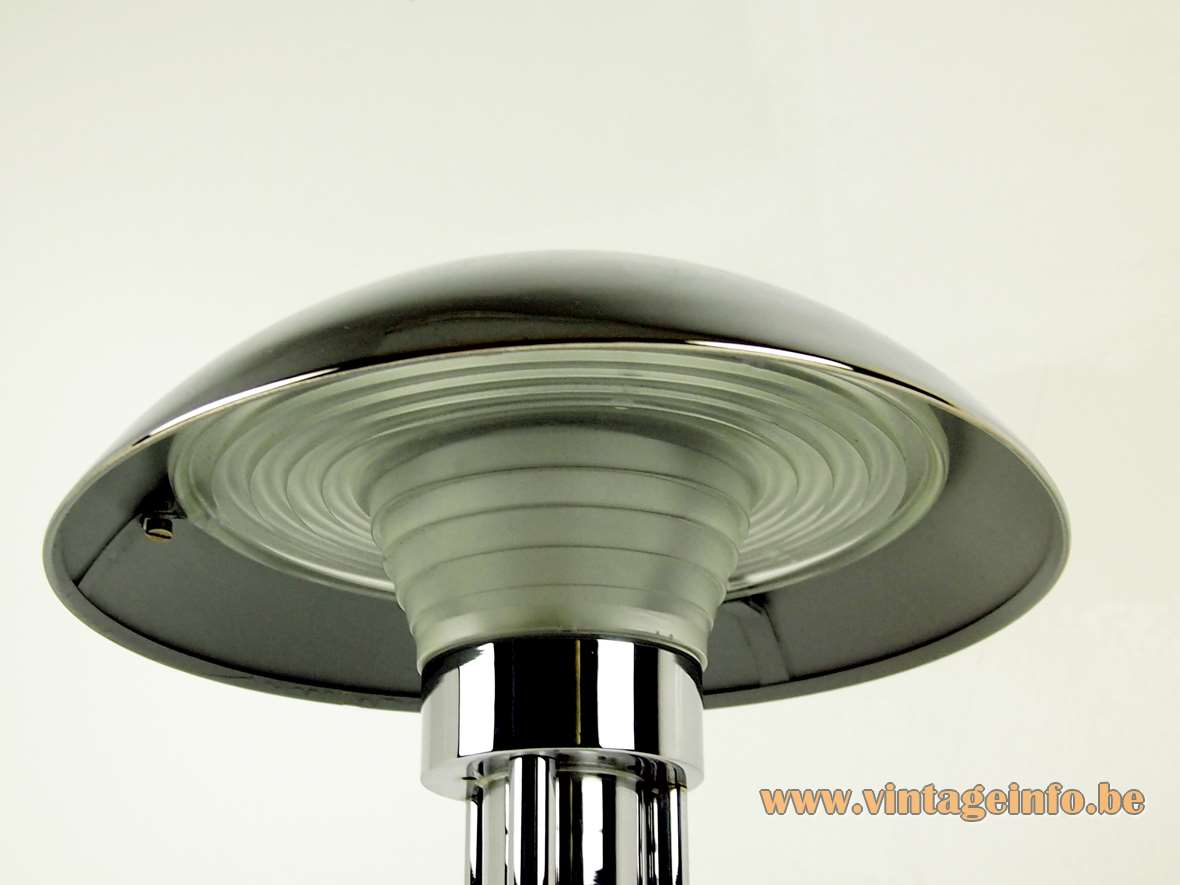 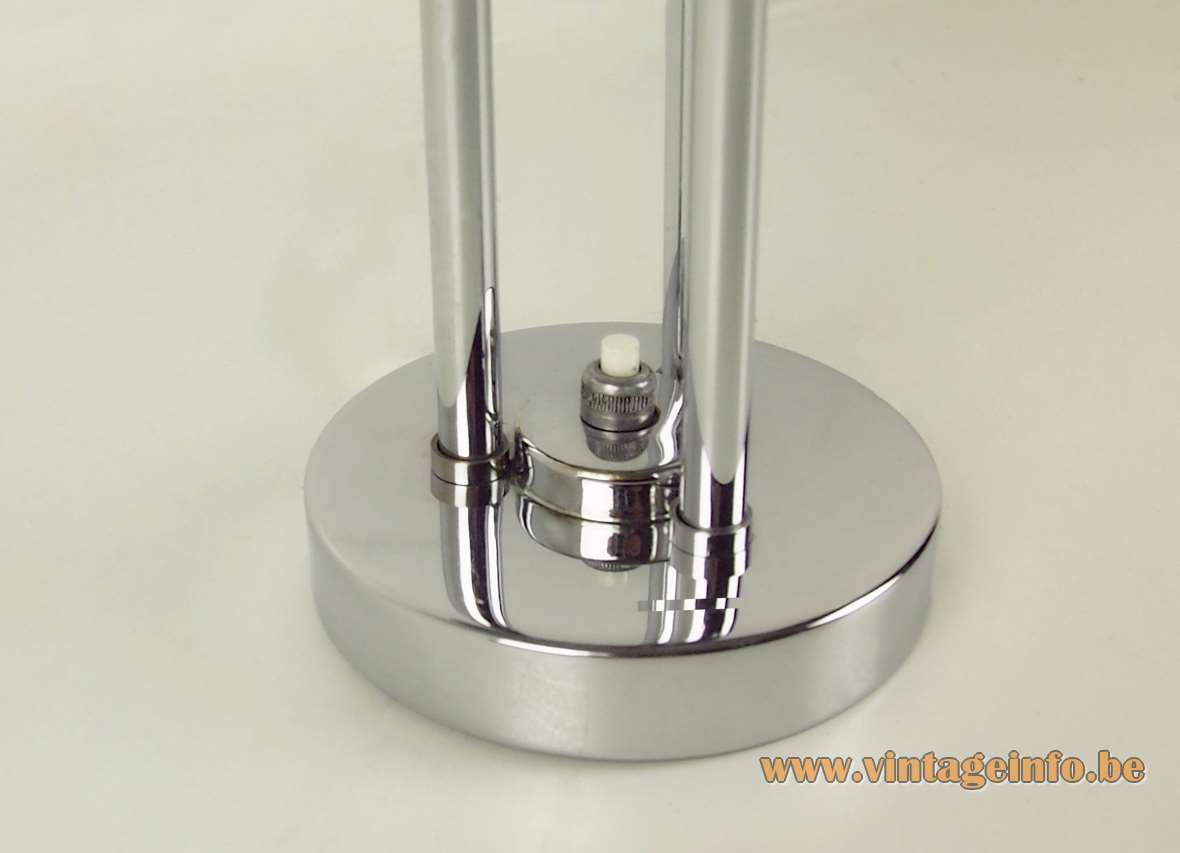 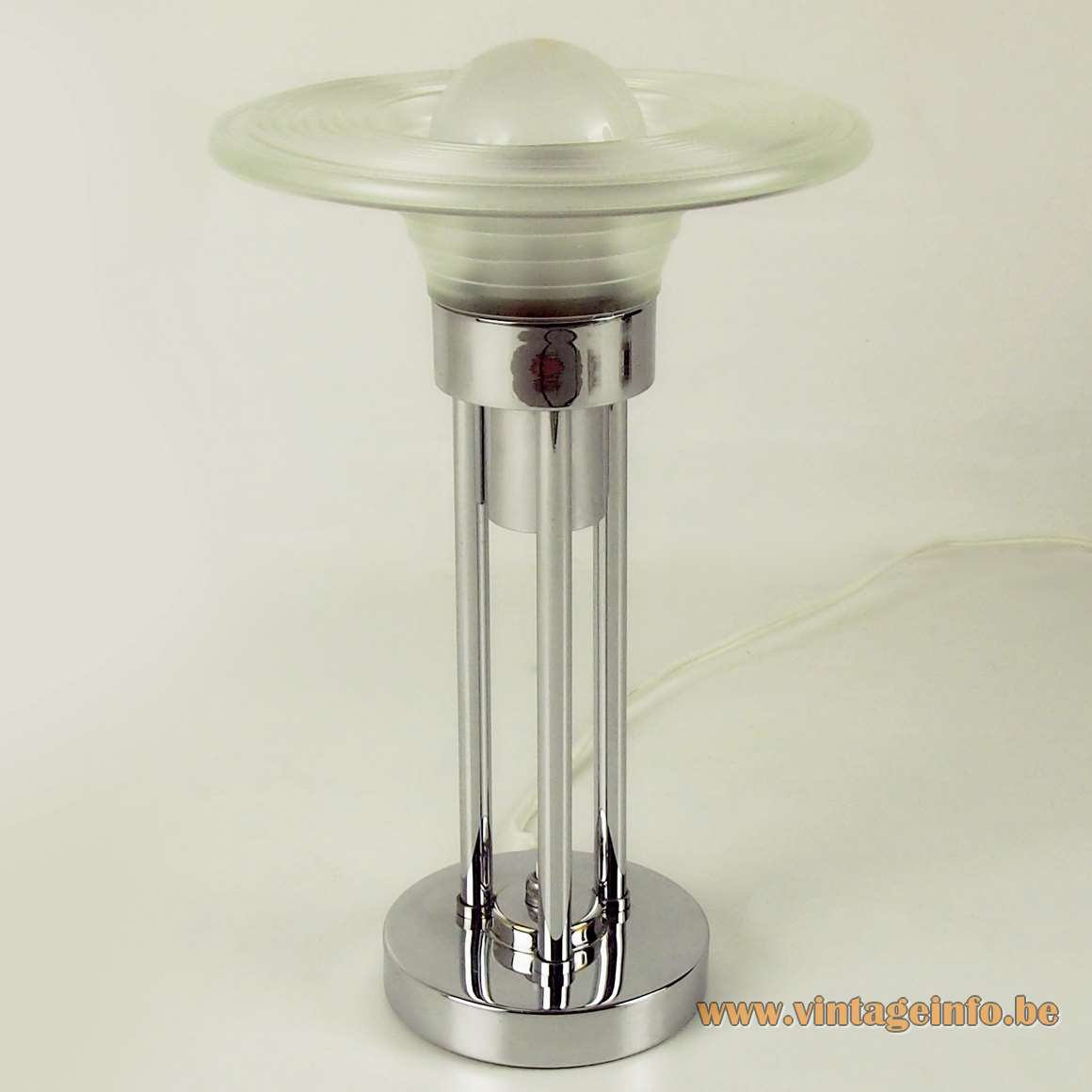 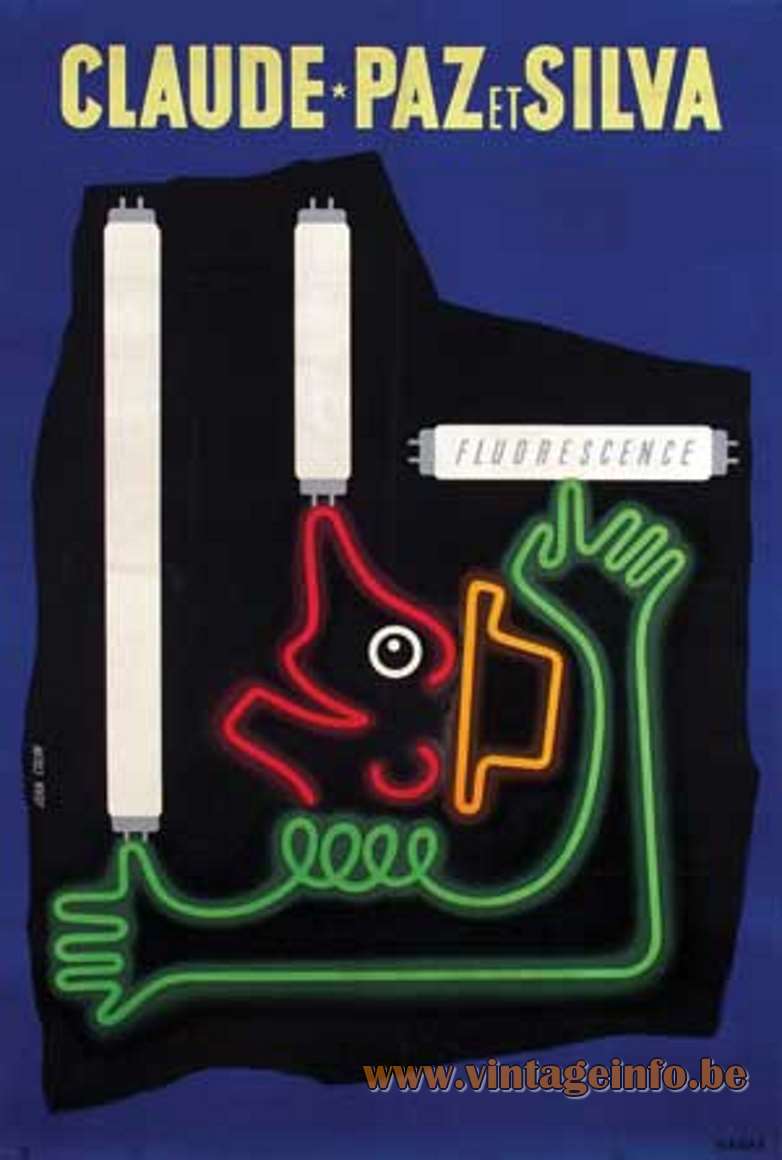 Other versions: This Claude-Paz Et Silva table lamp was made in several variations over the years. Produced since the beginning of the company in the 1930s. Early versions were made in nickel-plated metal or copper. The pressed glass diffuser with the name of the company pressed in it, was used for several other lamps.

They manufactured household appliances and neon light commercials (patented Georges Claude processes, the inventor of the neon light). The company was acquired by JC Decaux, today well known for the billboard publicity.

In 1966 absorbed by the American group ITT (International Telephone & Telegraph) and in 1980 by the group GTE (General Telephone & Electronics Corporation); after 1993, taken over by SLI France (Sylvania Lighting International France).

Often said that these lamps were designed by famous French designer Jean Perzel, but those are false assumptions. There is no mention about the lamps by Claude Et-Paz Silva on the Perzel website. Jean Perzel designed several lamps in this style, that’s all. 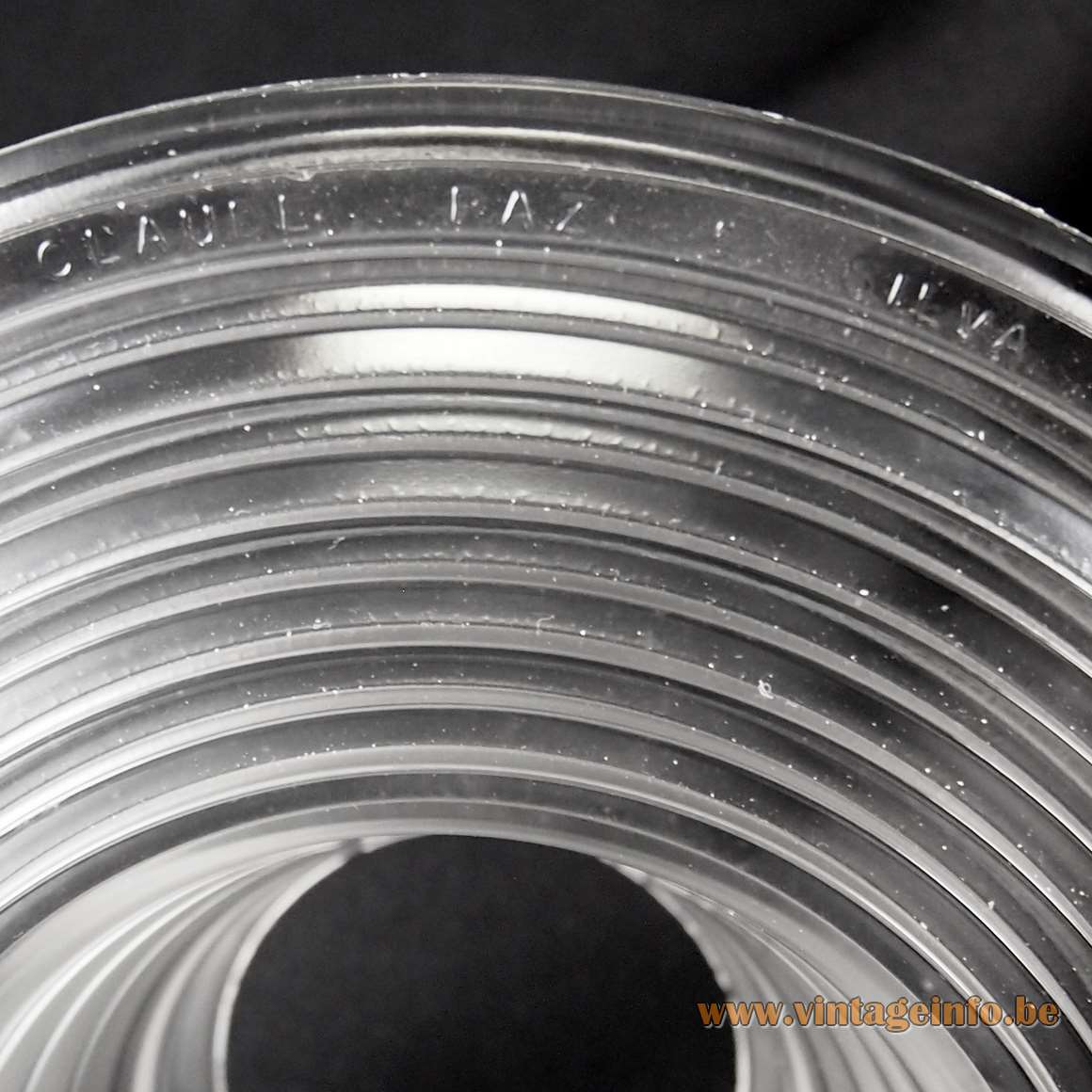 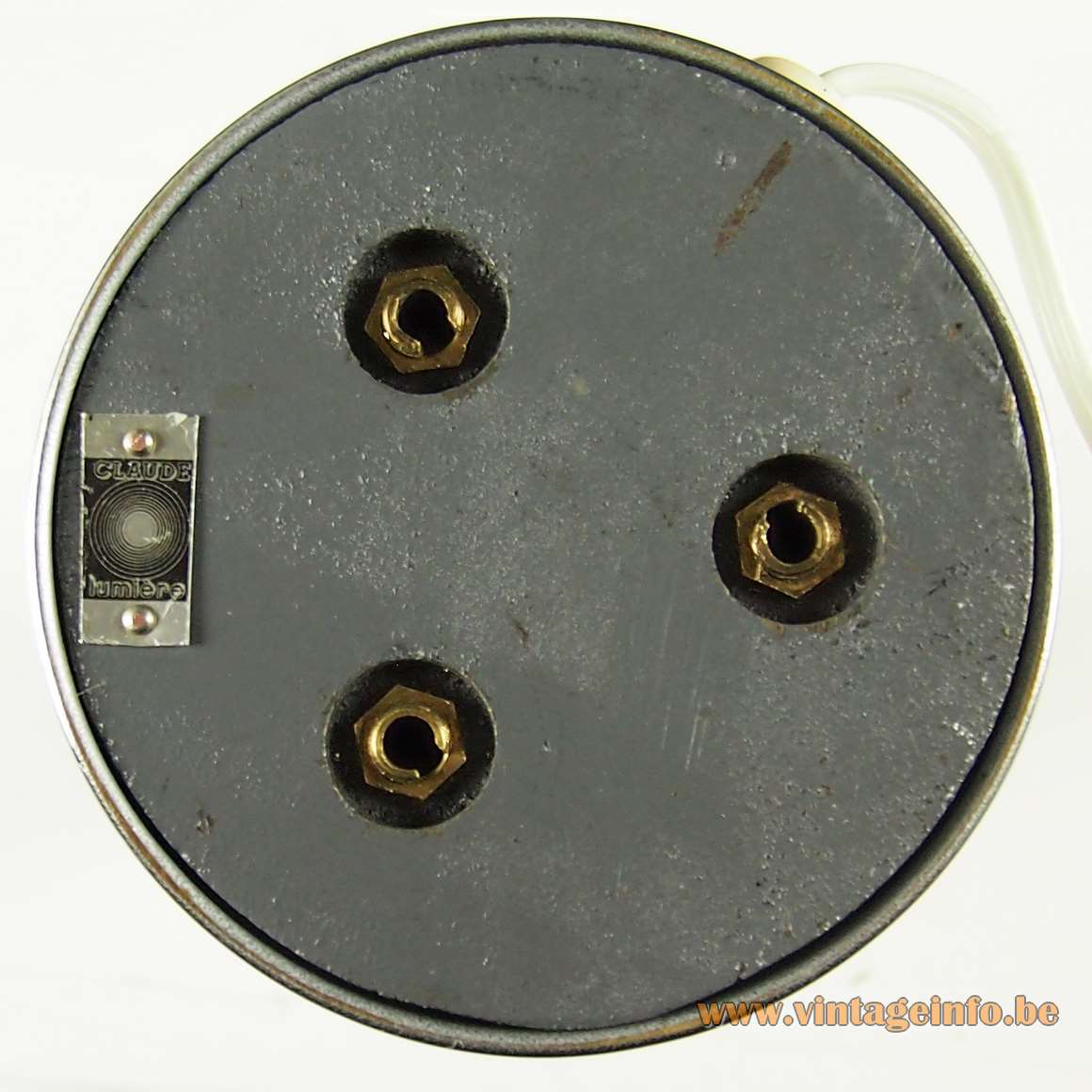 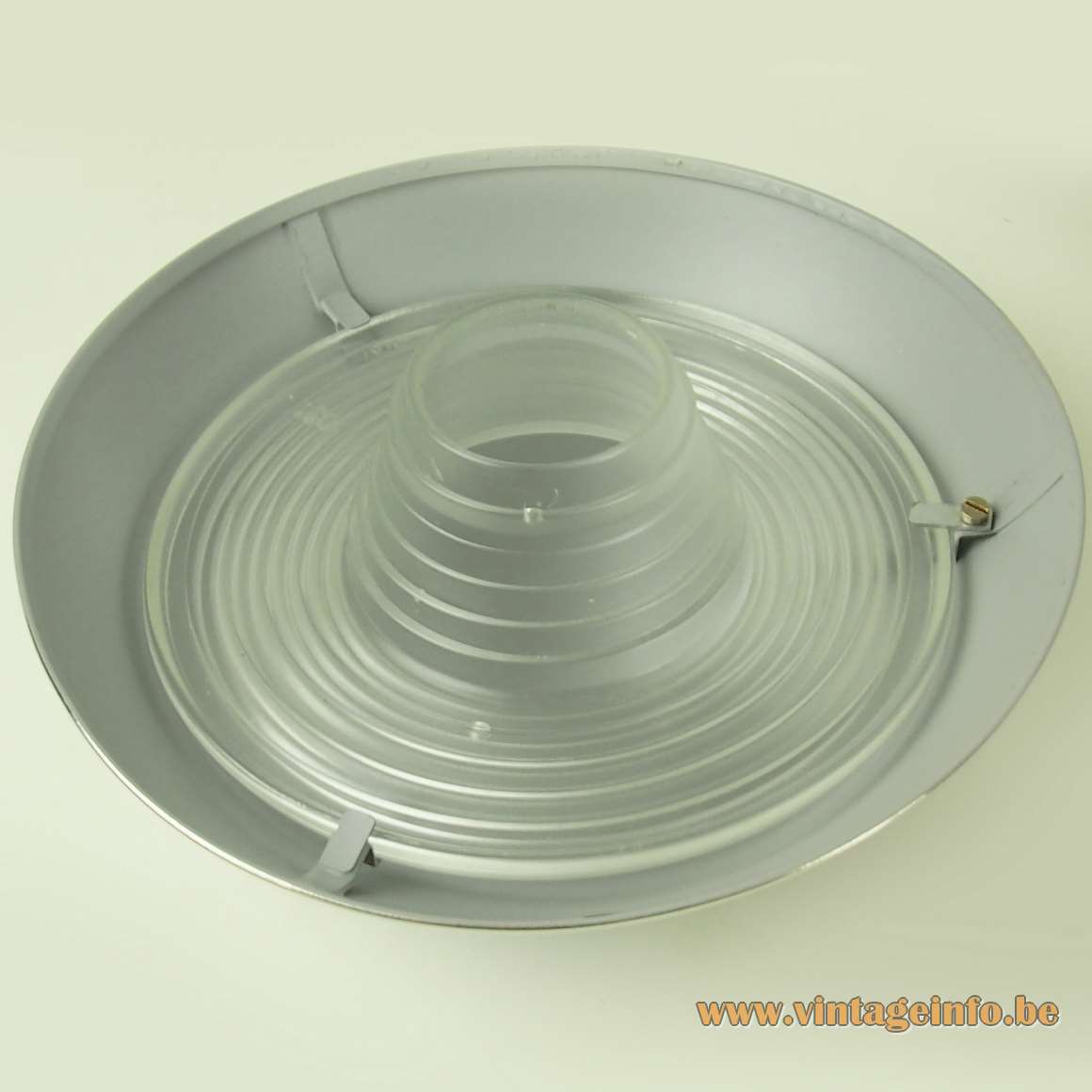 Georges Claude, the inventor of the neon tube – Wikipedia

Posters by Jean Colin for sale at Van Sabben Posters