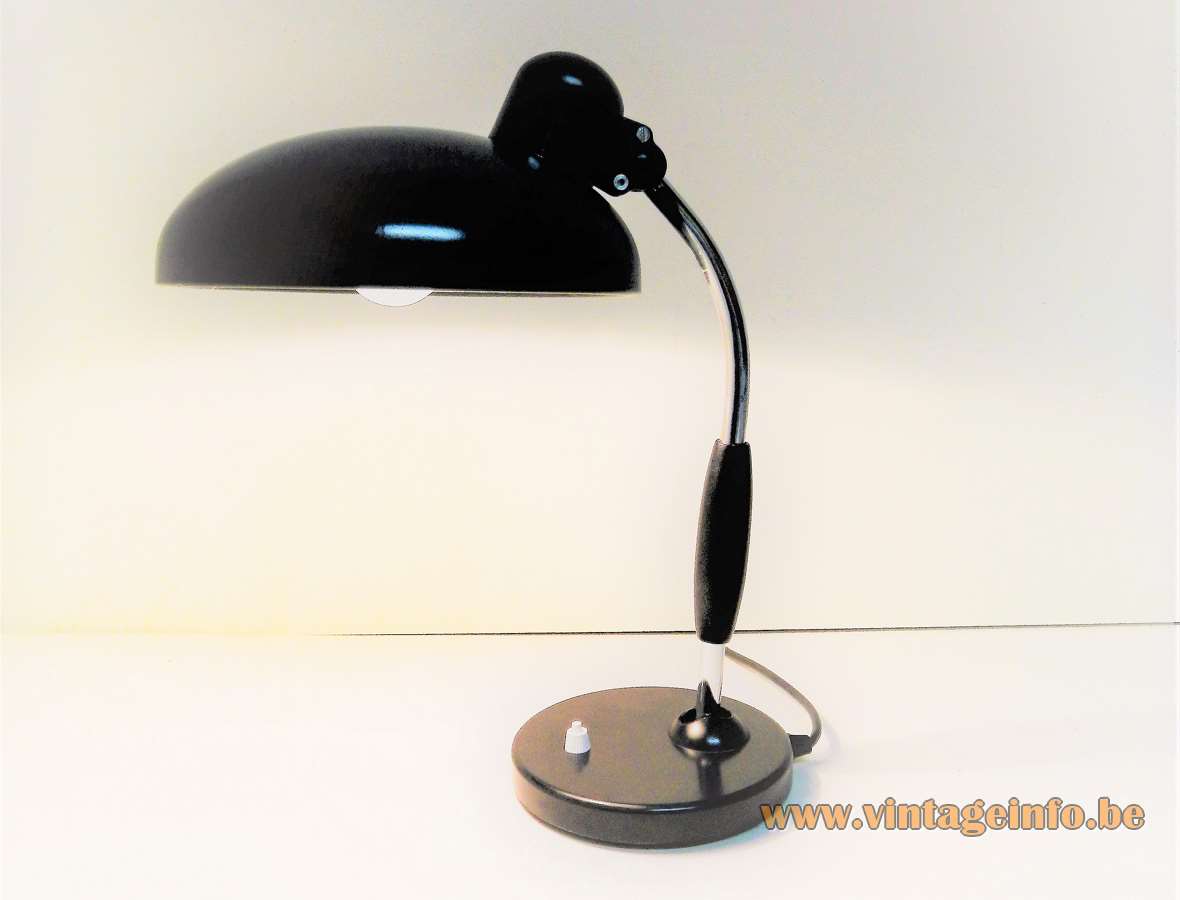 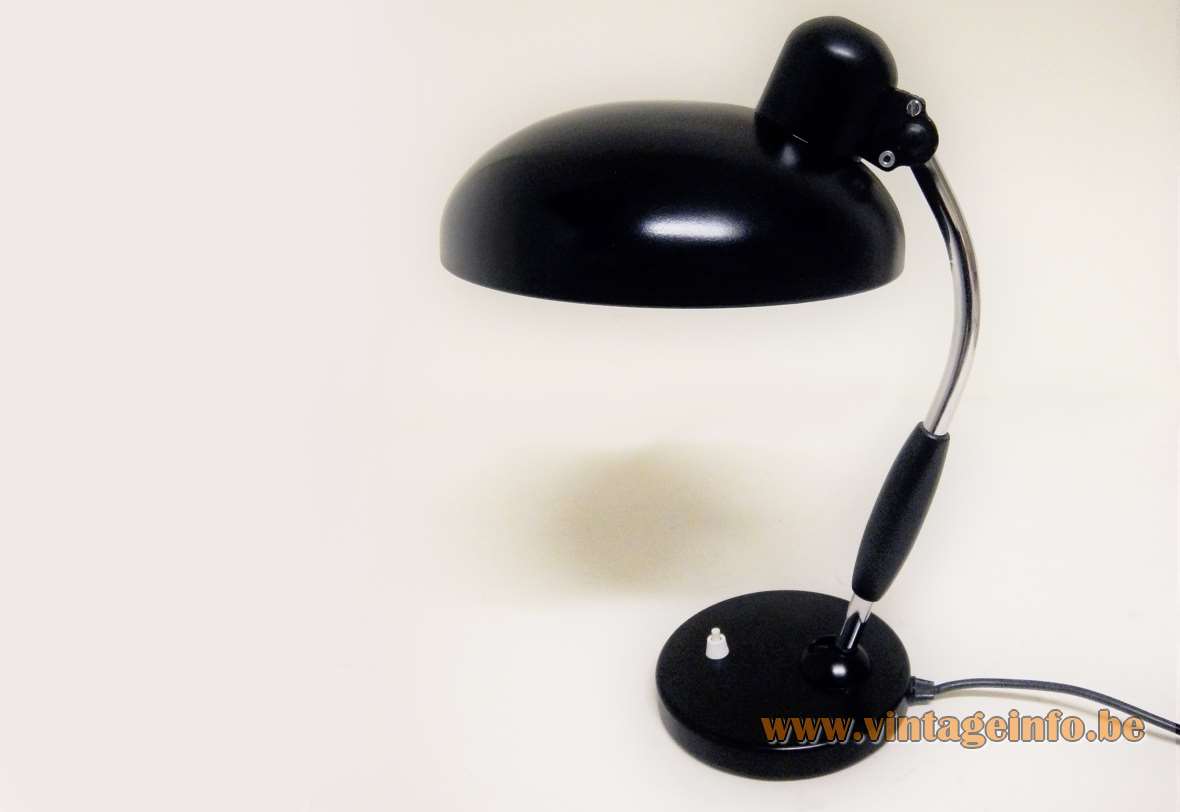 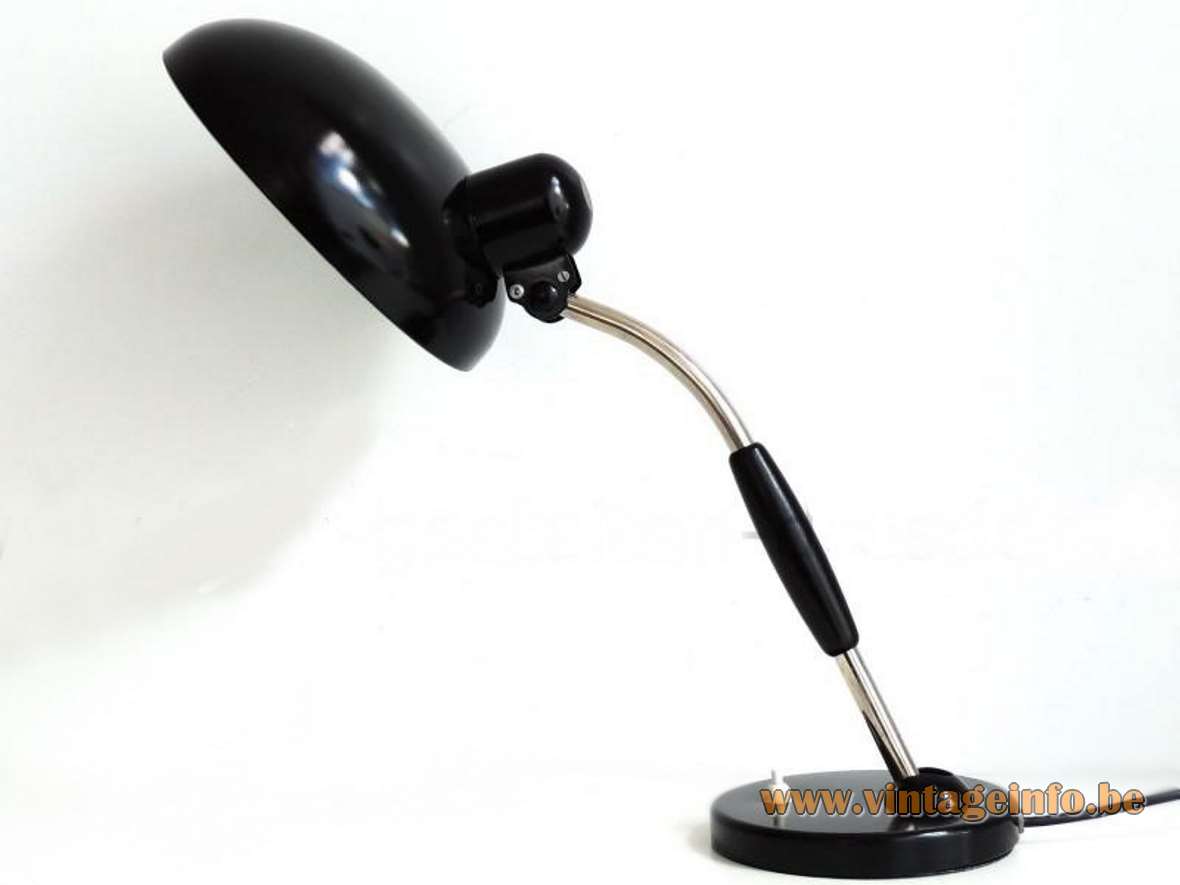 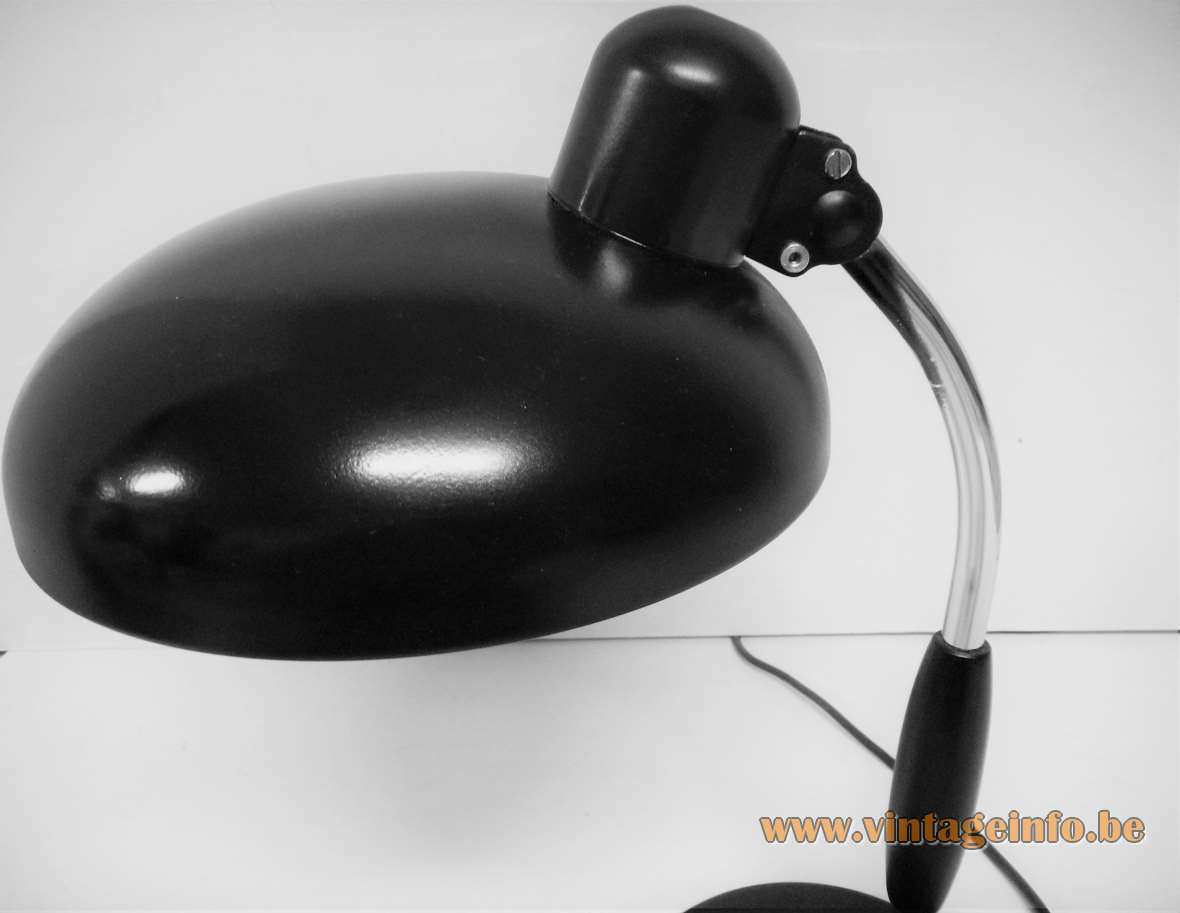 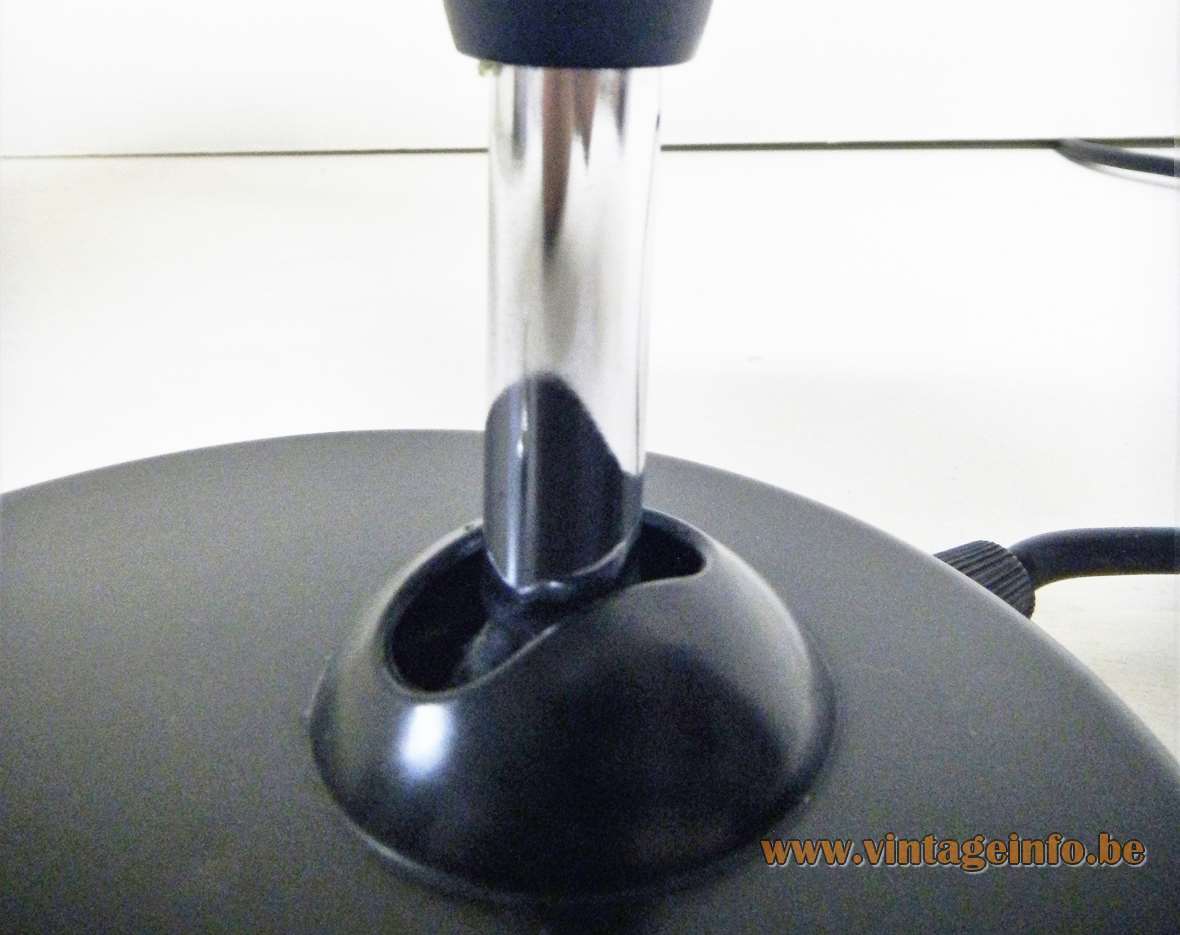 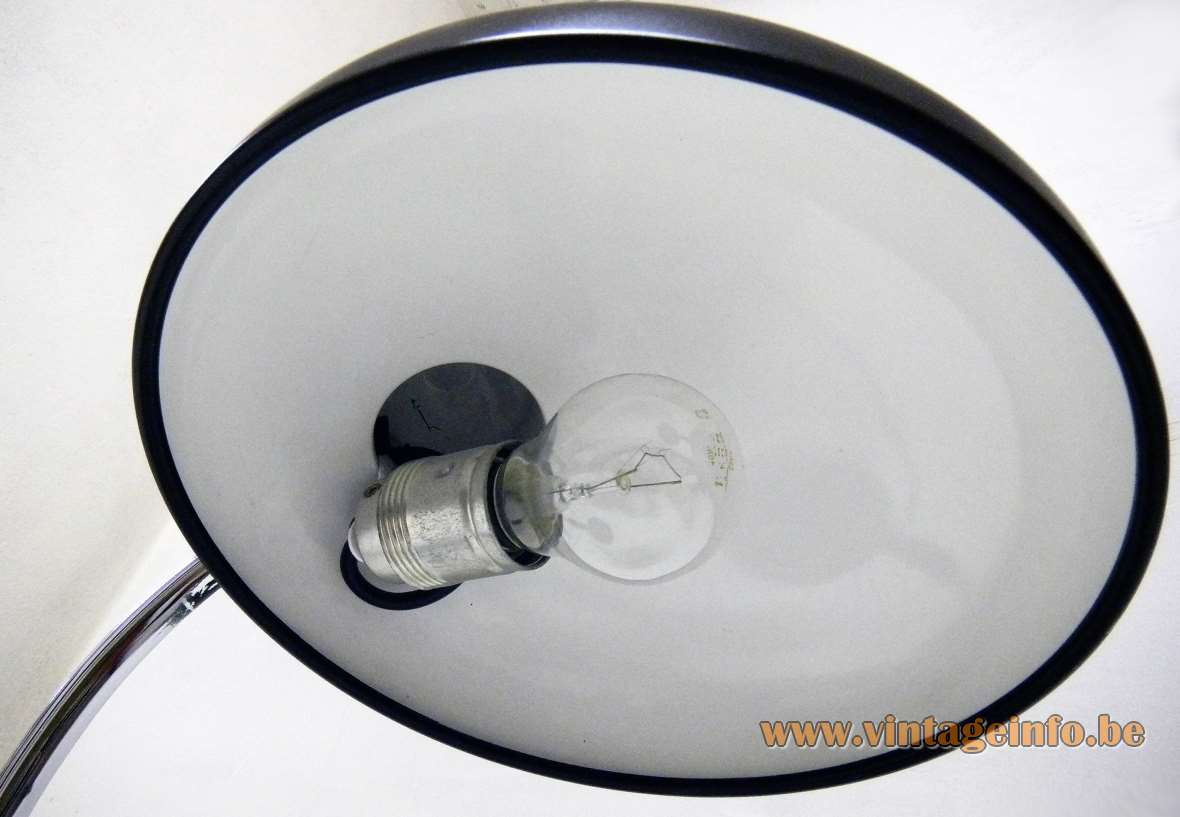 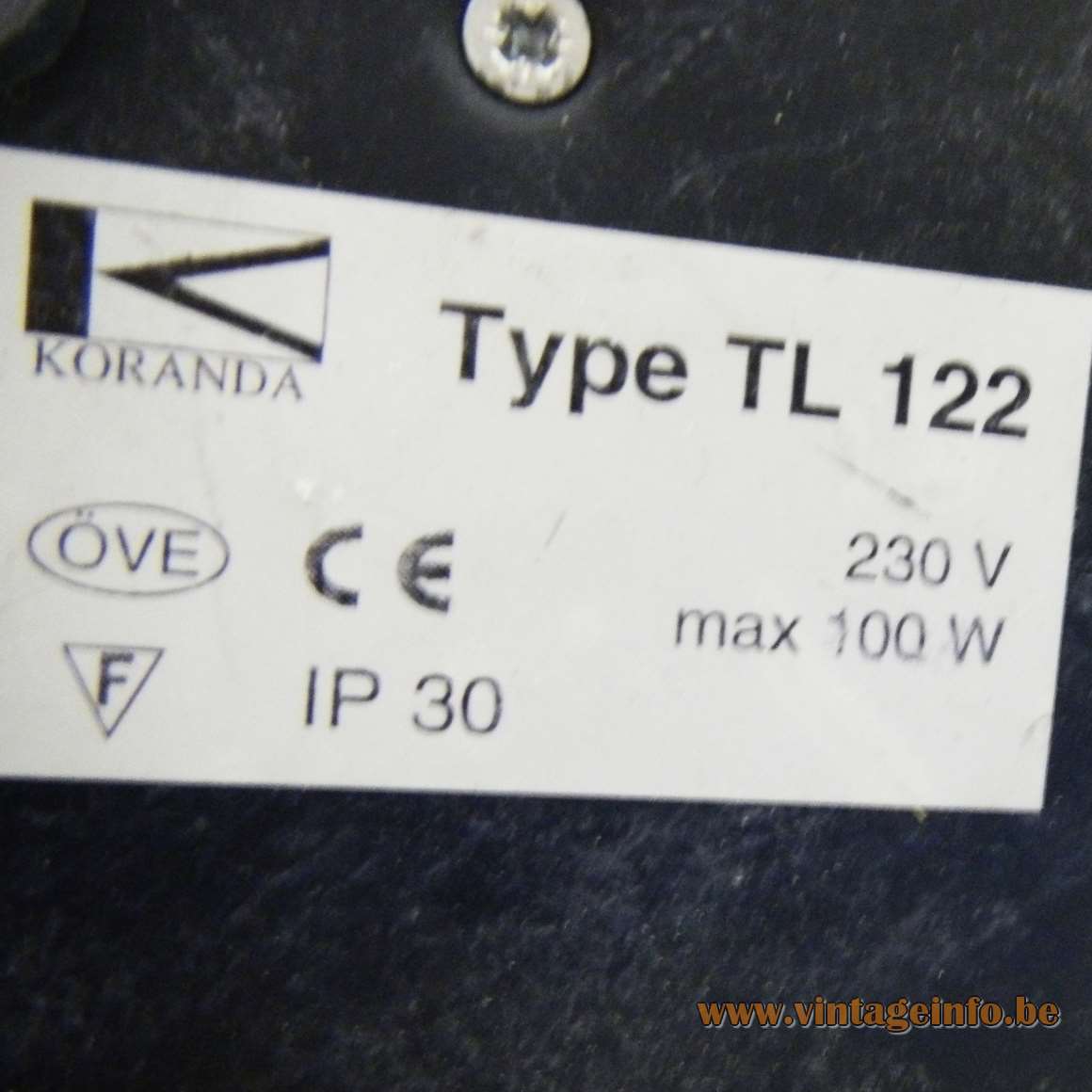 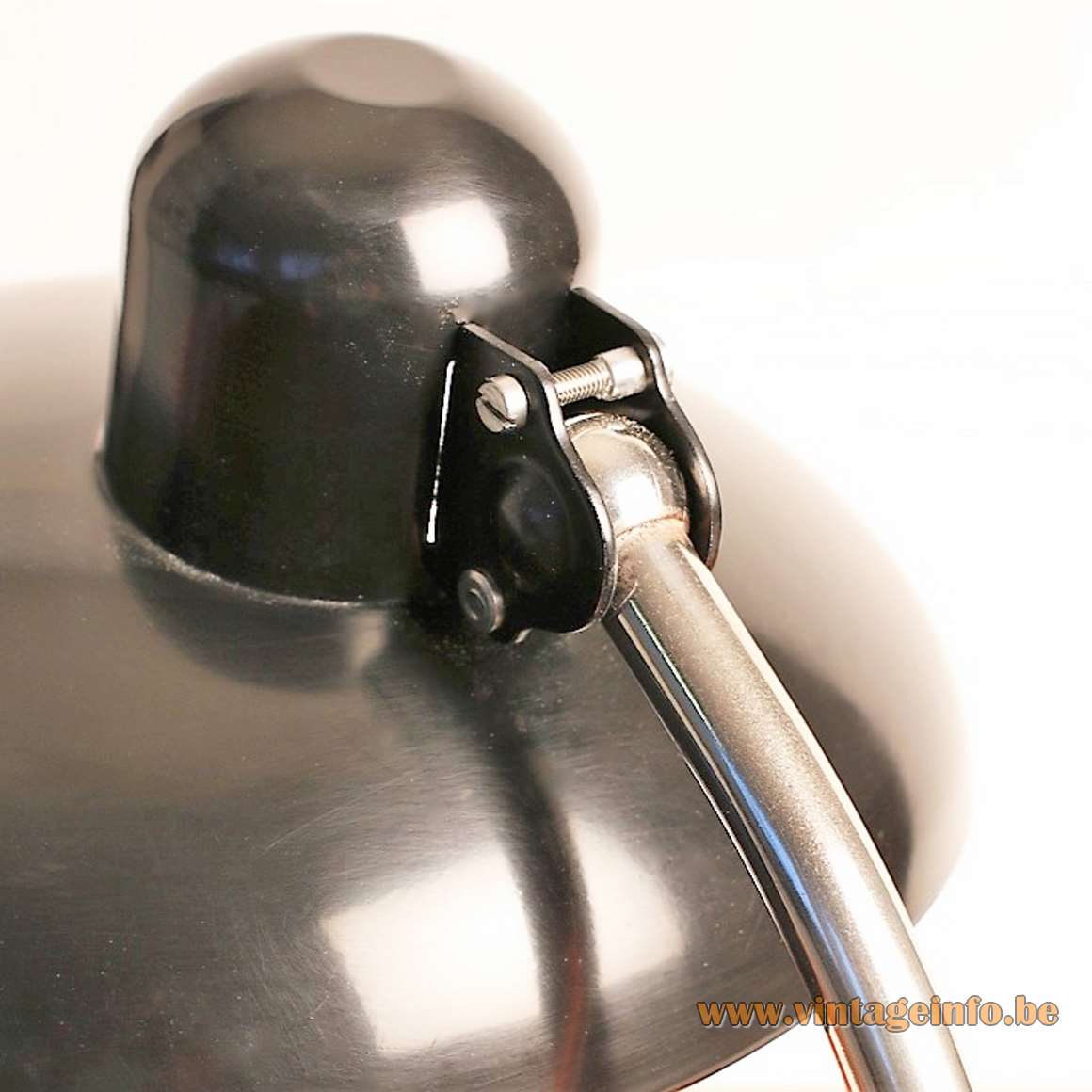 This Bruder Koranda & Co desk lamp TL 122 is a redesign by Andreas Hagn of the 1930s Kaiser Idell 6644 desk lamp designed by Christian Dell. It was redesigned in the 1990s. This lamp has an European CE label, it became mandatory in 1993.

A white version can be found here, on Vintageinfo.

Someone told me he bought this lamp in 1985 in Vienna…

At the end of 1928, a number of Dell’s designs were featured in an exhibition at the Kunsthalle Mannheim, about craftsmanship in the machine age.
The Nazi Party did not allow him to stay in the Frankfurt art school in 1933, but Walter Gropius offered him a job in the United States. However, Dell decided to remain in Germany and designed this lamp, model TL 122 with the curved handle for Koranda.