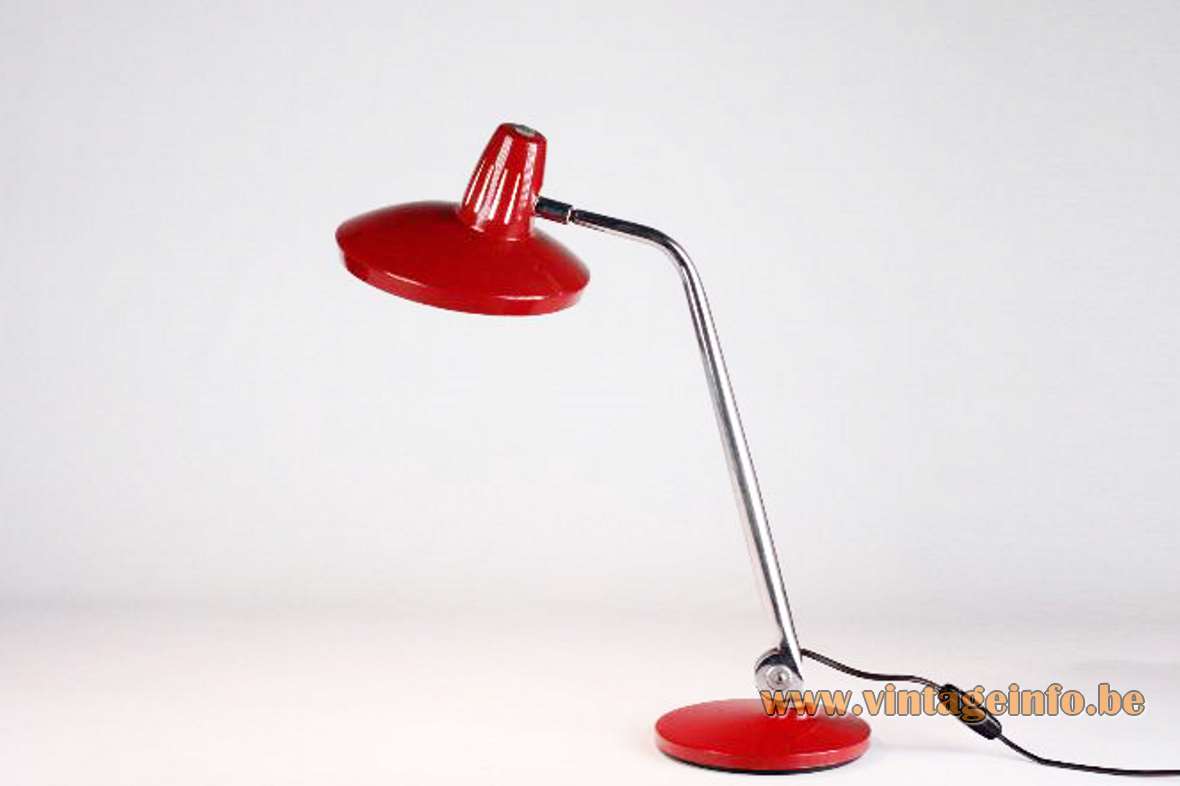 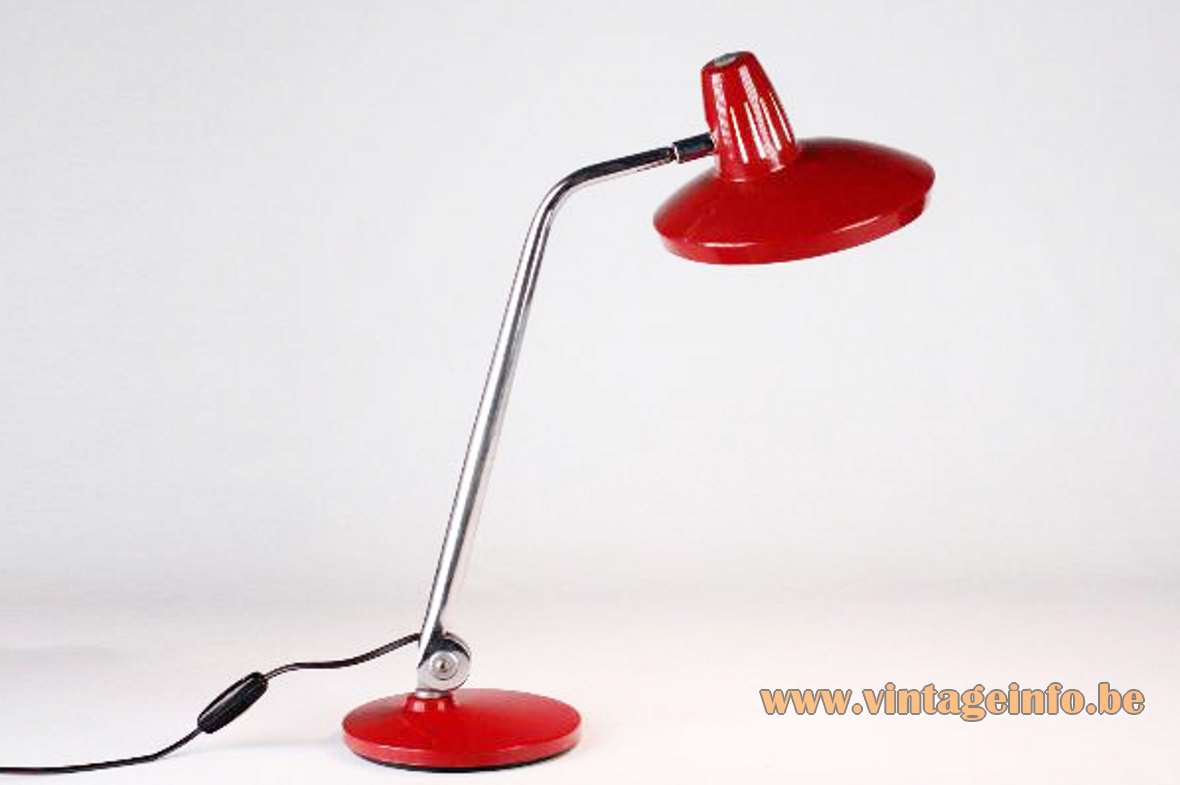 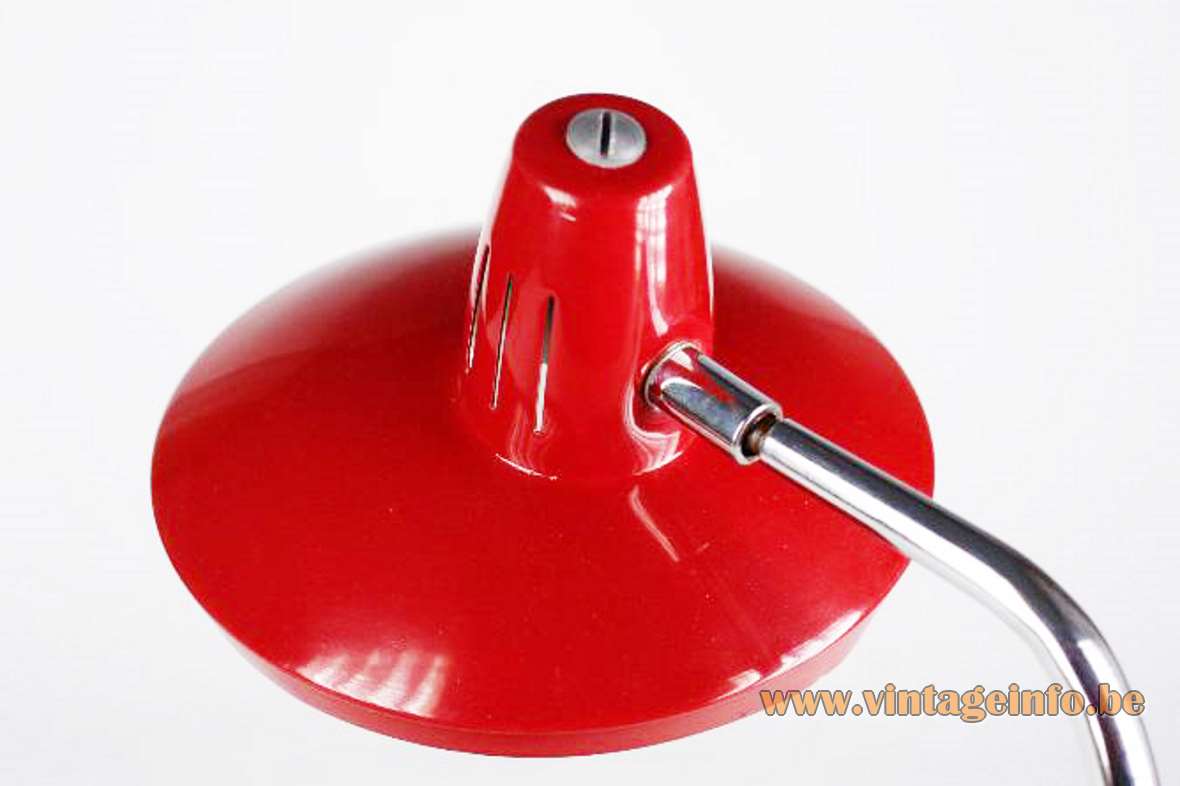 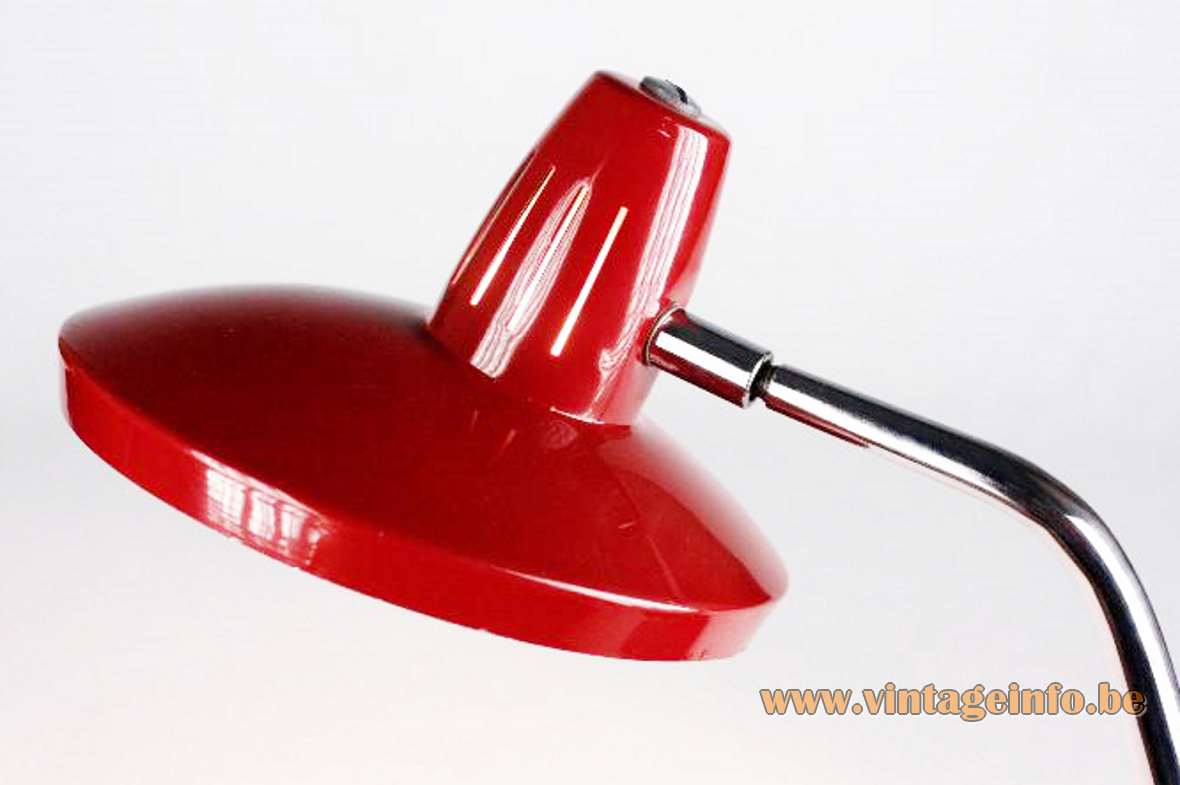 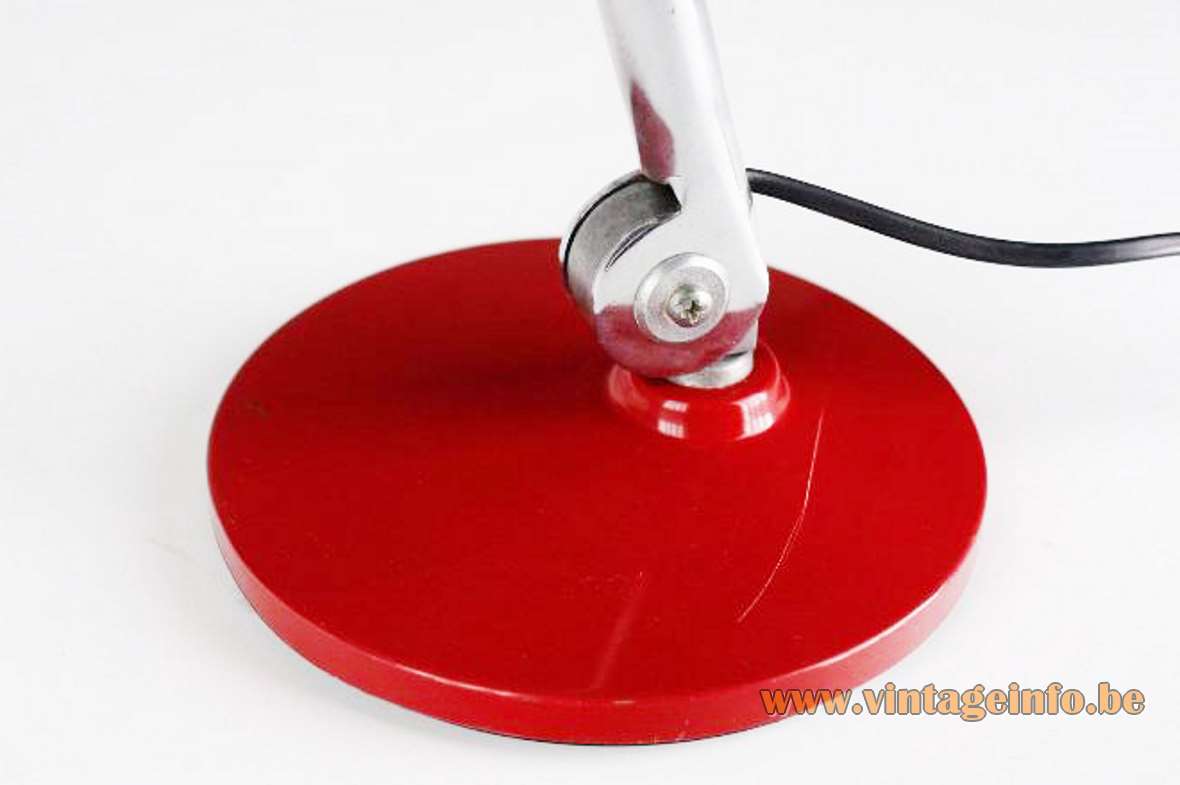 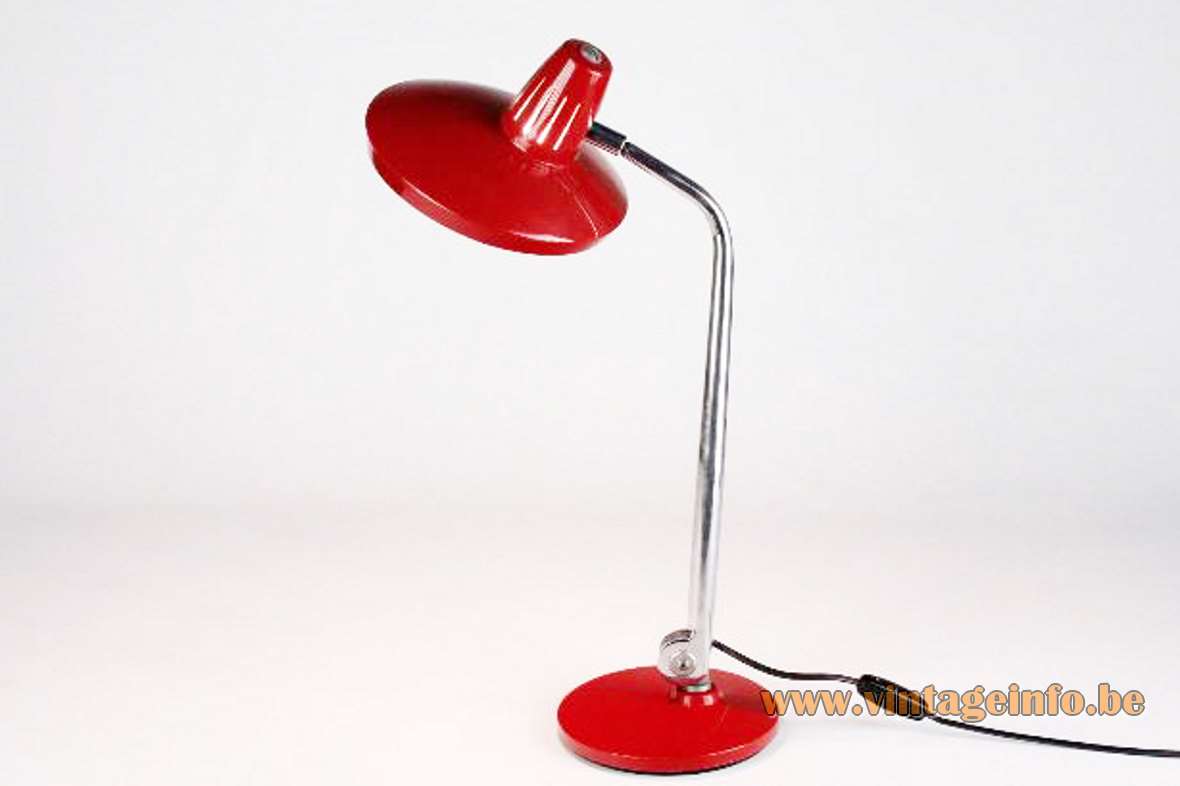 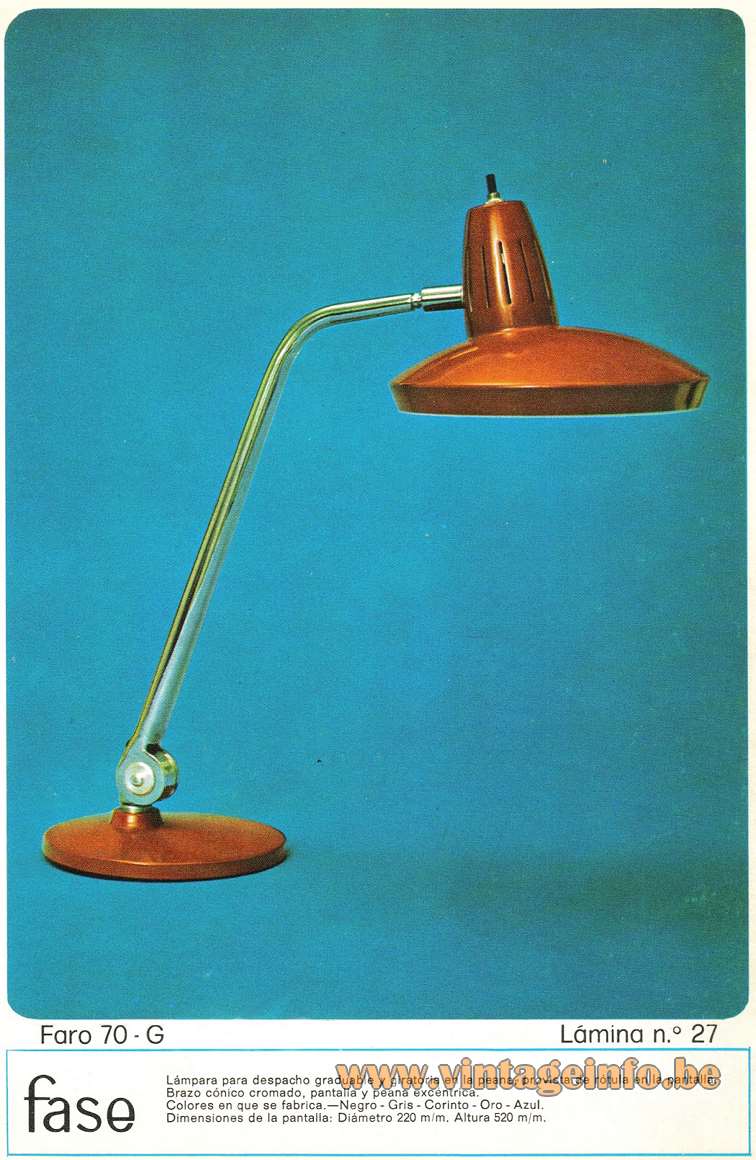 A black Fase Faro 70-G desk lamp was used as a prop in the 1975 comedy film The Return Of The Pink Panther with famous actor Peter Sellers as inspector Clouseau.

Other versions: Made with a different base and produced in several colours. Also made as an architect desk lamp, model 67-G (de Luxe) and a clamp lamp, model 67 F-1 (de Luxe). An architect trypod floor lamp on wheels, model 67 Pie was also made. Probably also made in some other models. 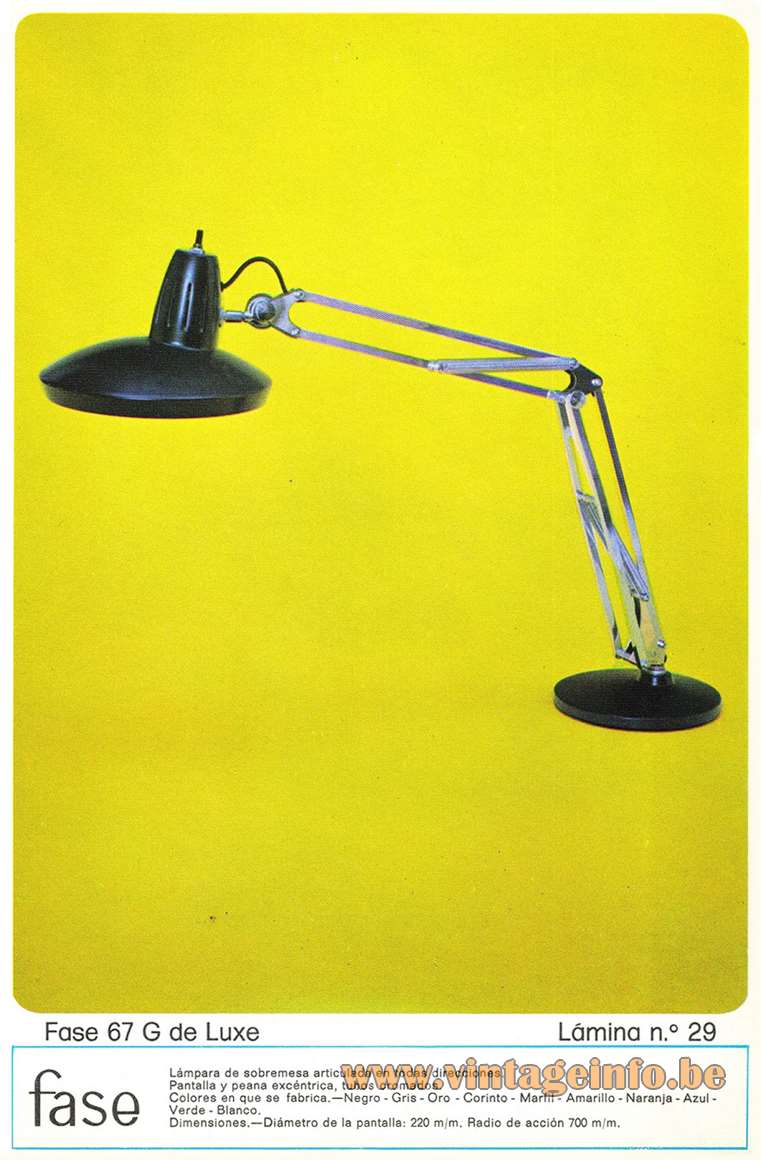