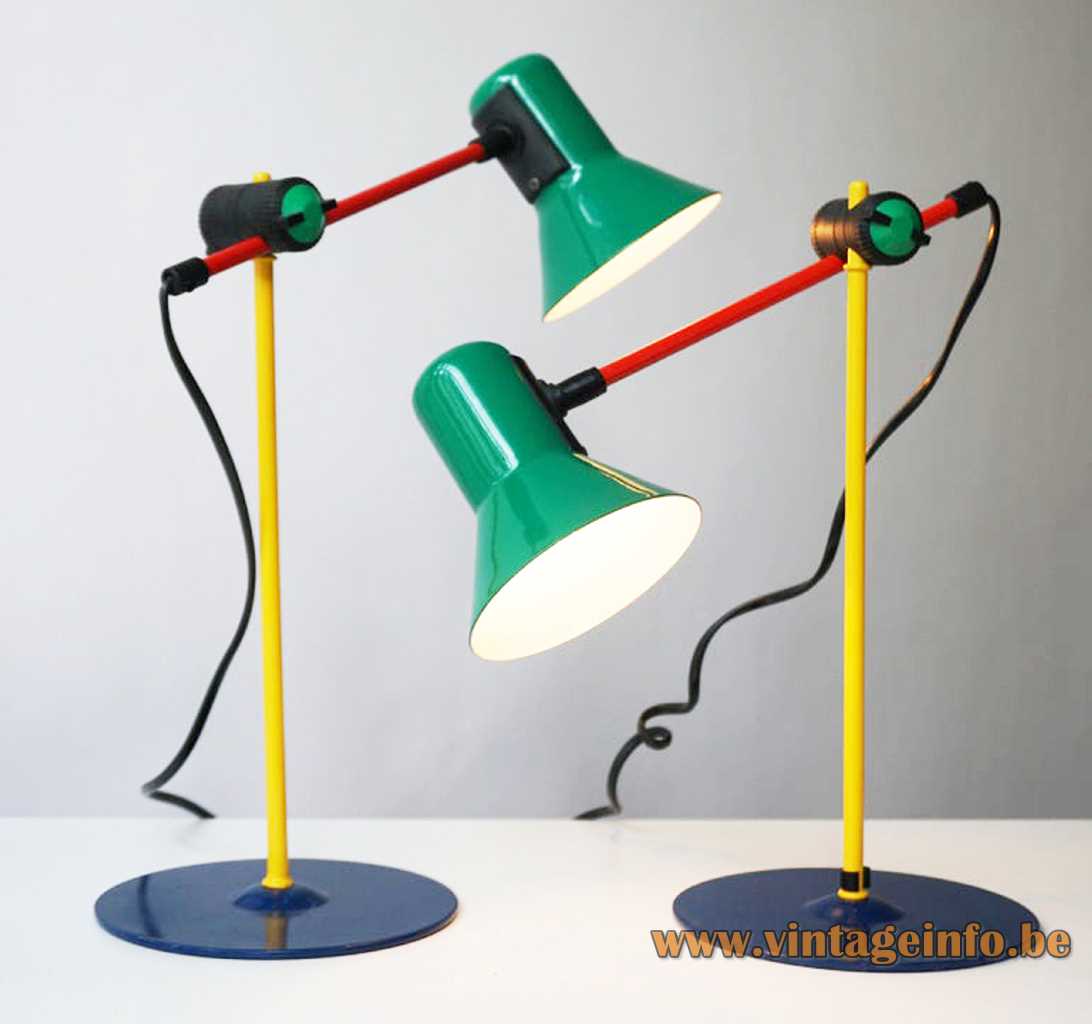 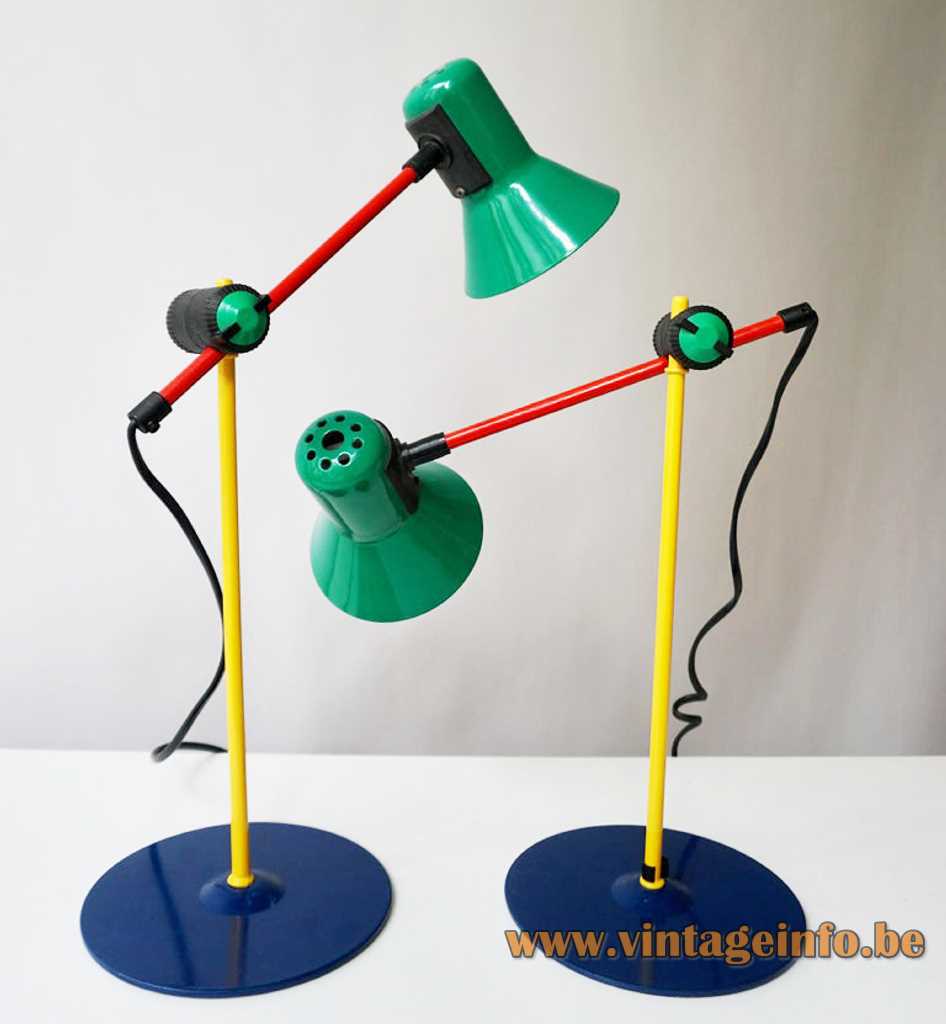 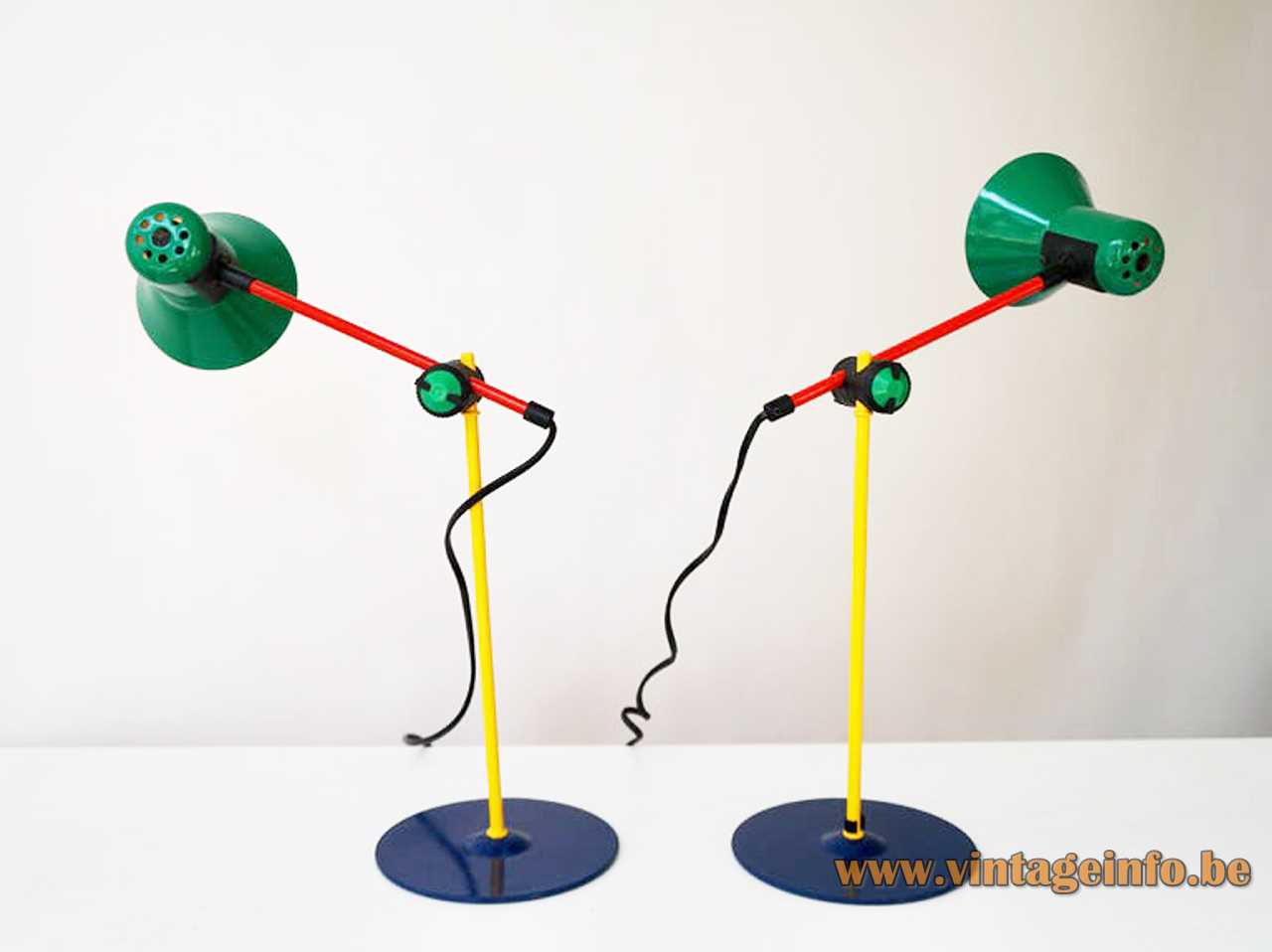 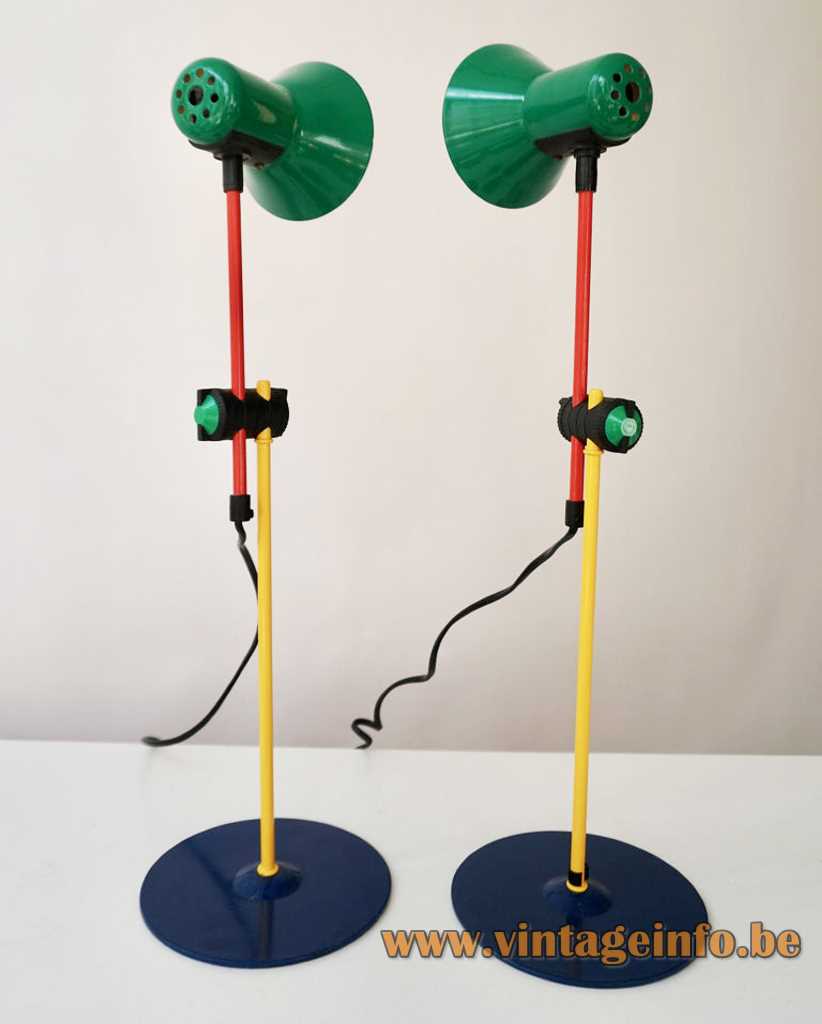 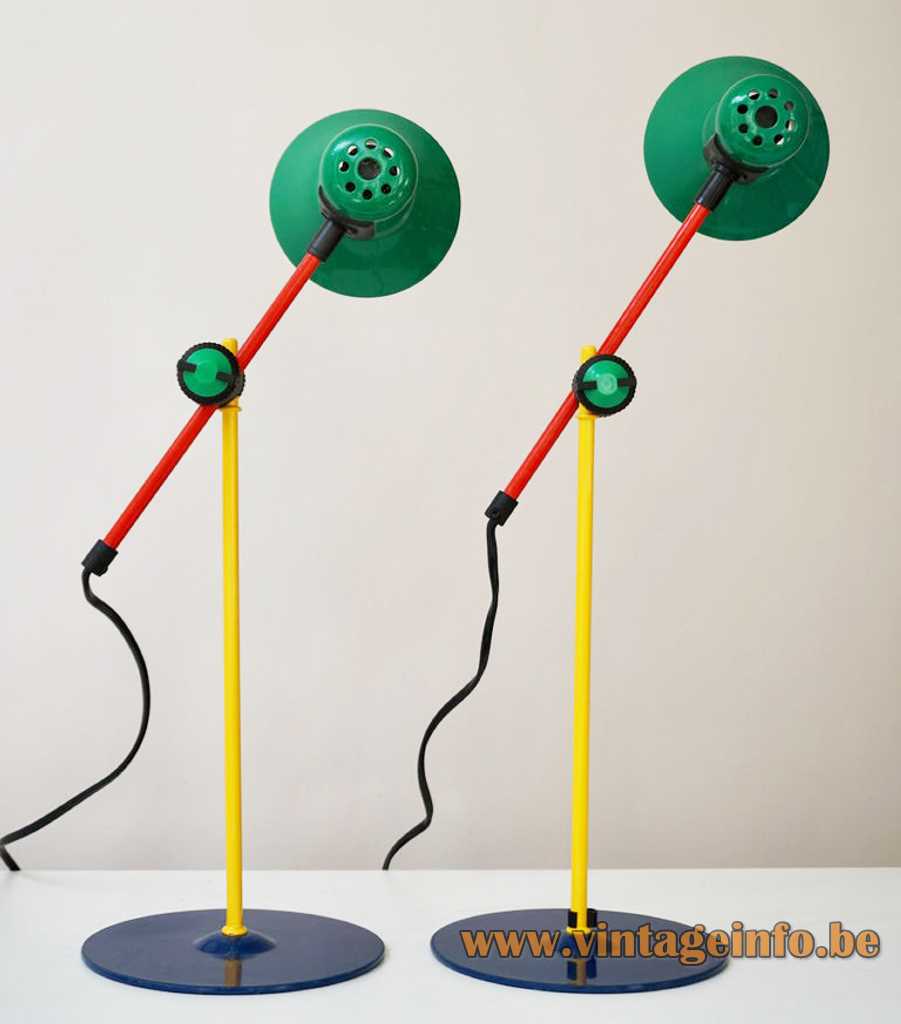 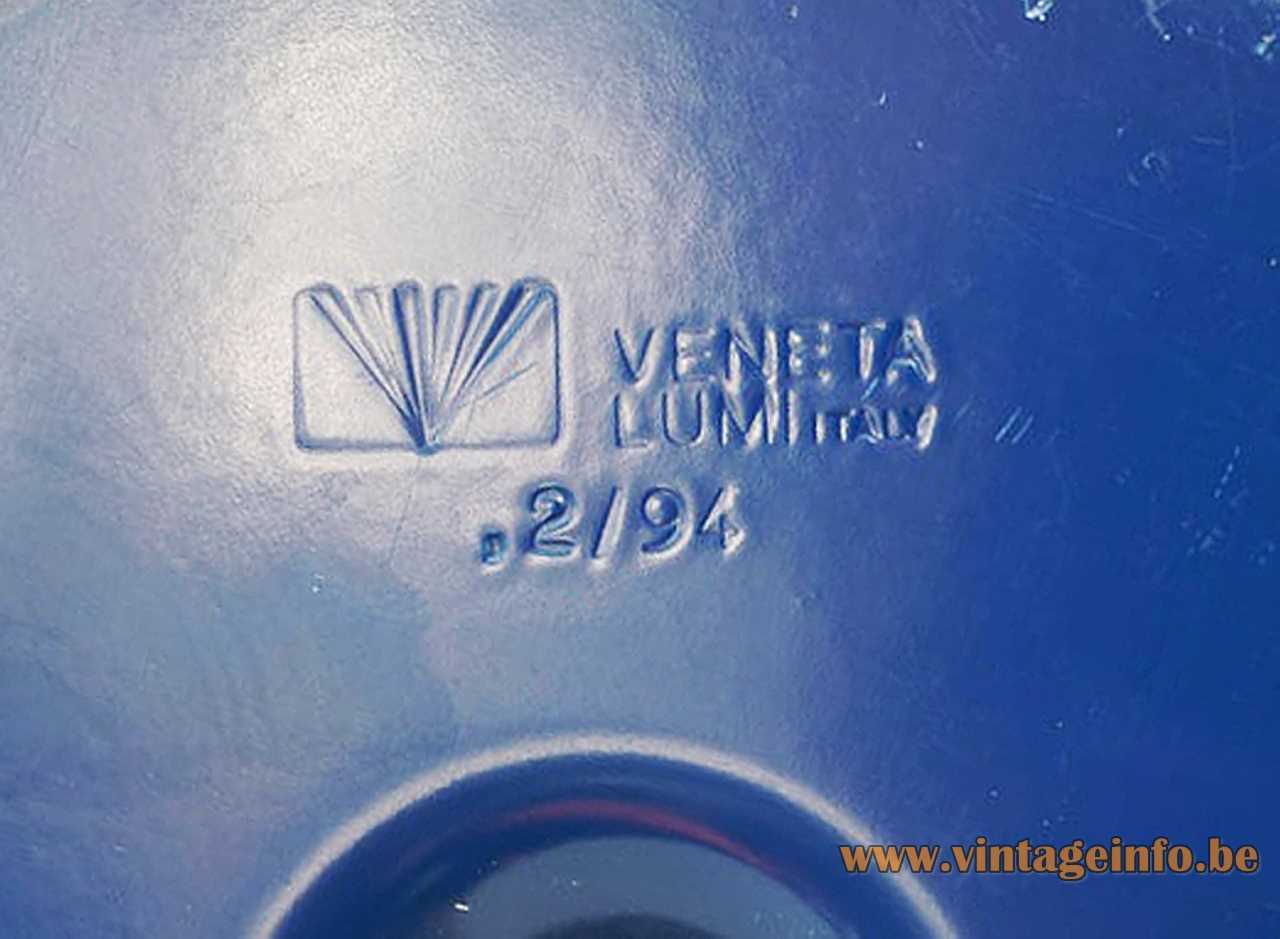 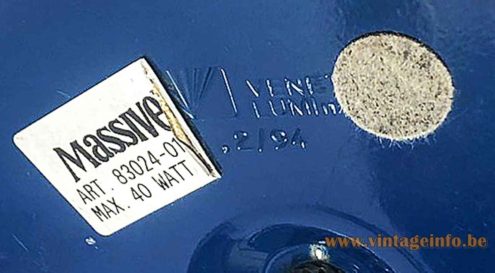 Other versions: This Veneta Lumi desk lamp exists in several colours and some varieties. Made with other plastic parts. Also another, more angular lampshade exists. The base was used for several other lamps of the series Z1-90. A floor lamp also exists.

This Veneta Lumi desk lamp is the most well known lamp of the company. It is the successor of a similar model from the Z1-90 series from the late 1980s. Only the plastic parts are different. It was sold by many companies, among others Massive. Many other lamps by Veneta Lumi were sold by other companies.

Not much is found about the Veneta Lumi company. It was active from the late seventies until the nineties. They produced many lamps in the at the eighties very popular Memphis style, made famous by Ettore Sottsass. In the beginning the name was Nuova Veneta Lumi. Nuova = new. It became Veneta Lumi in the late eighties. They also used the name Laguna Light in the nineties, also referring to Venice.