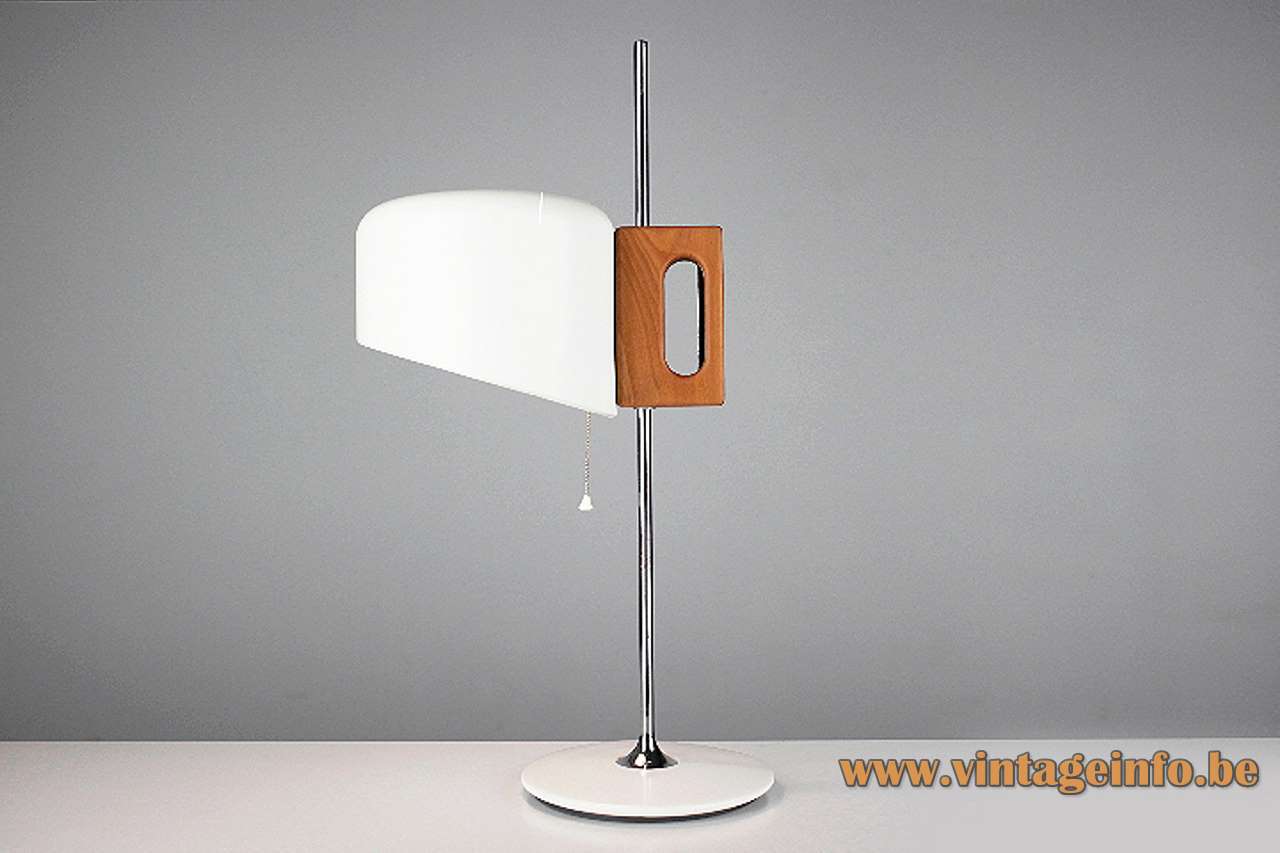 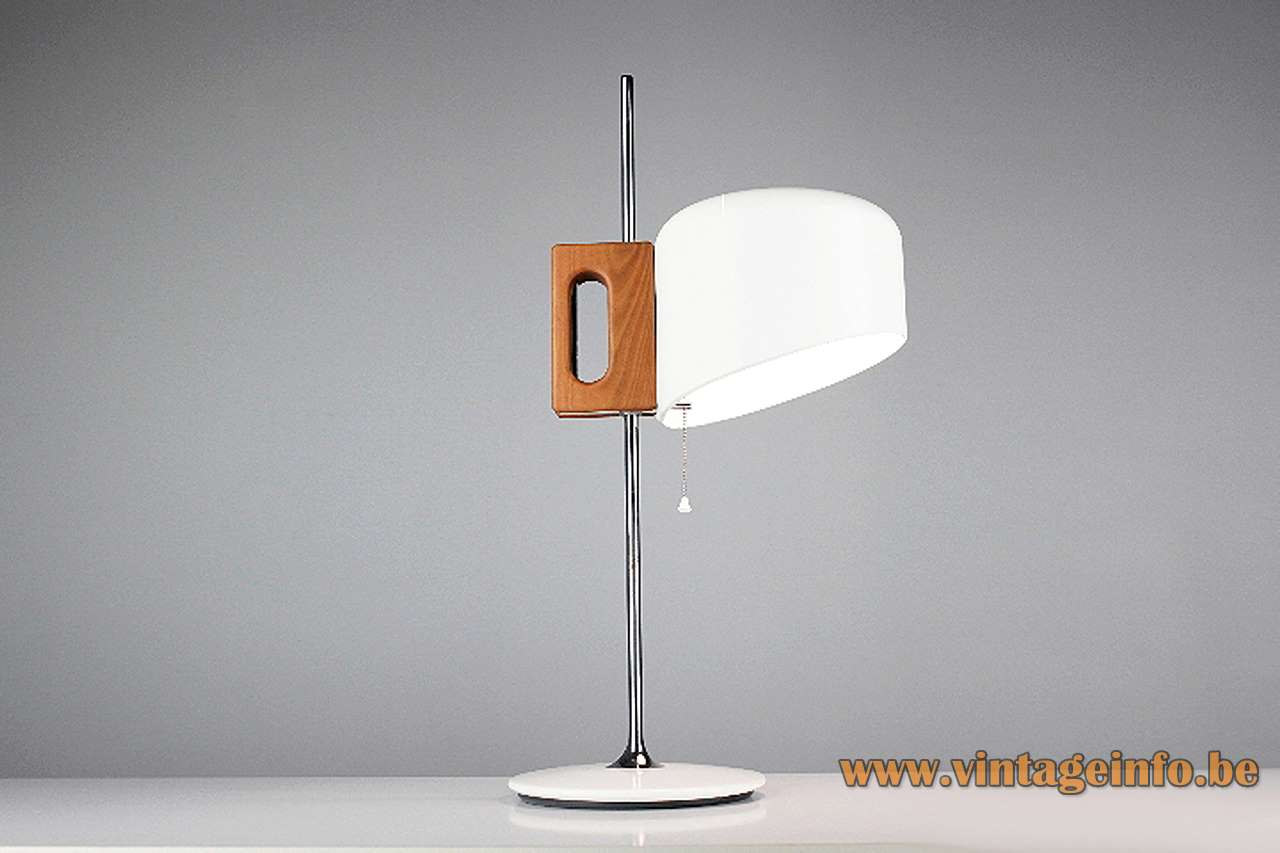 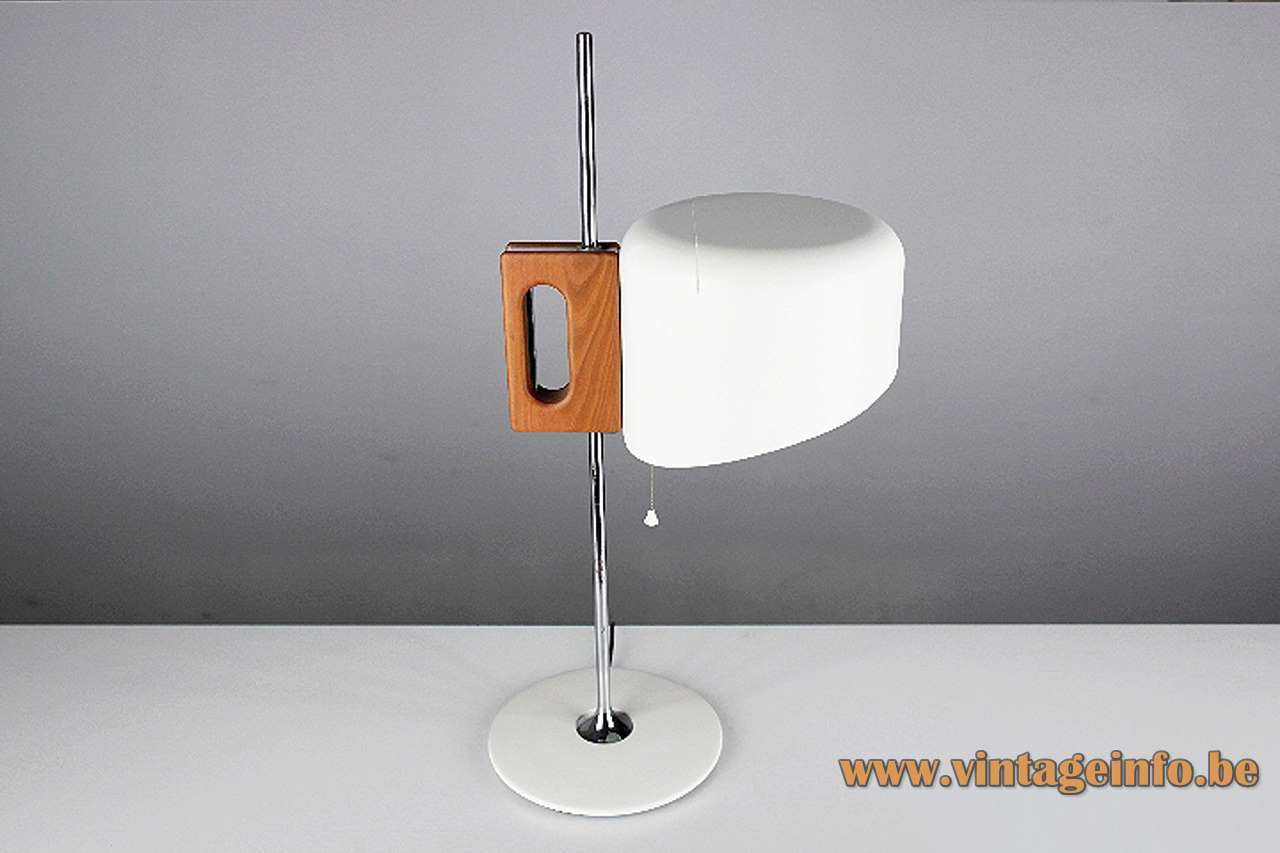 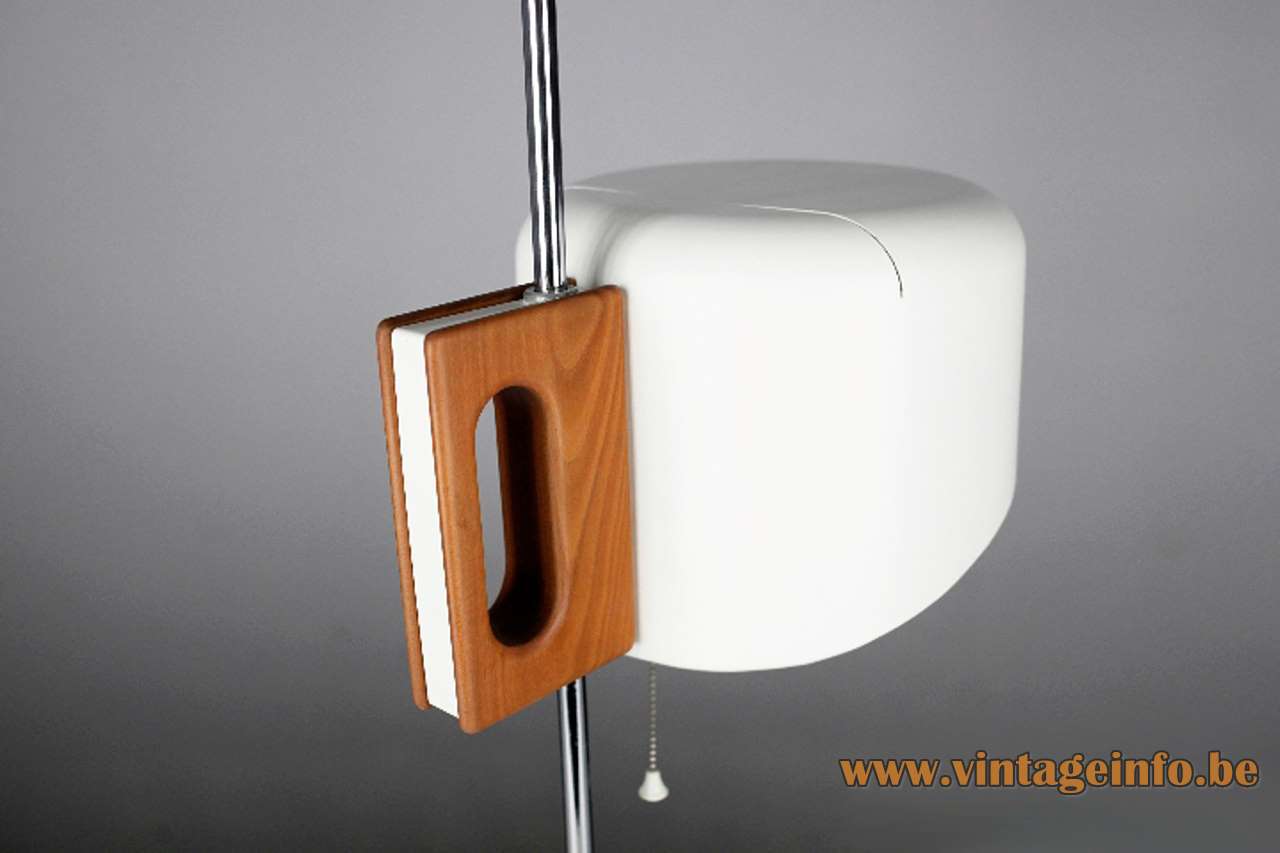 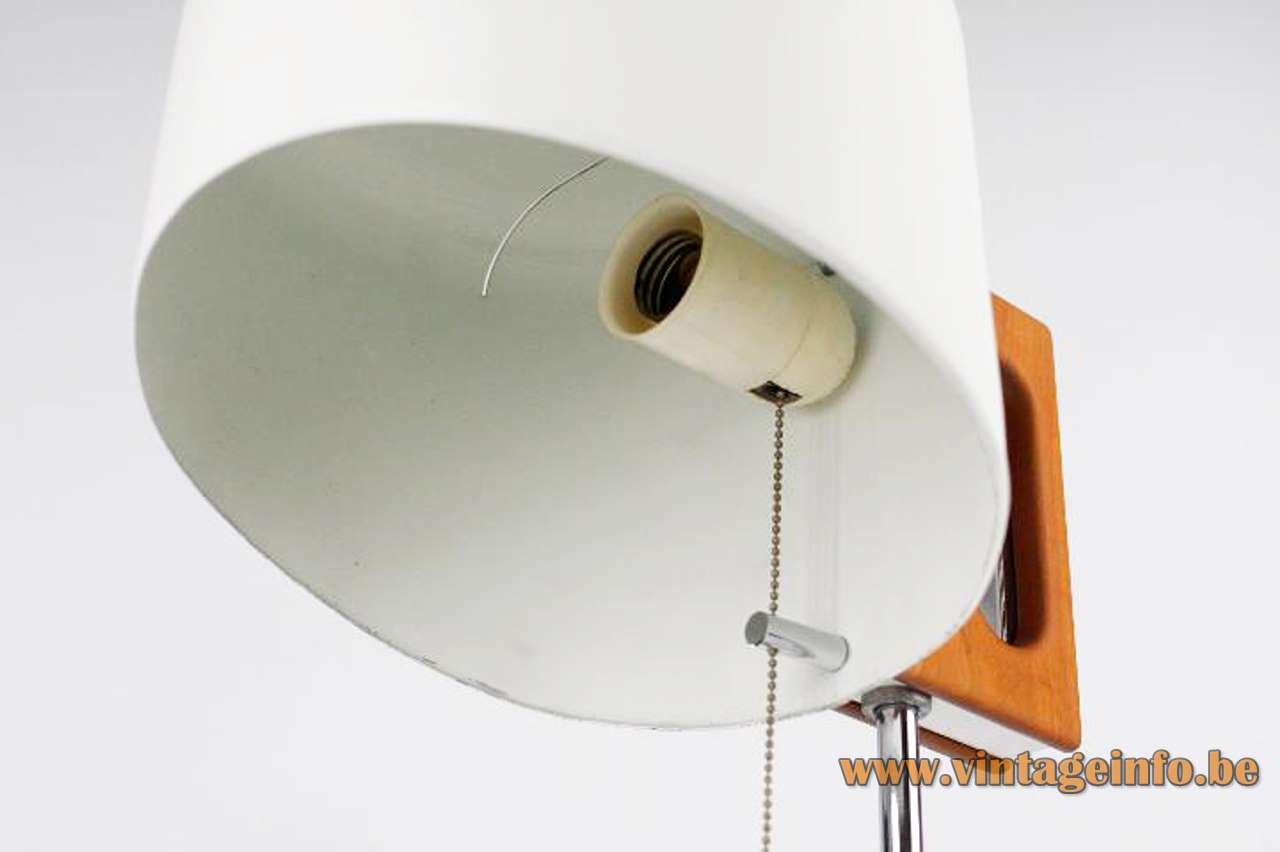 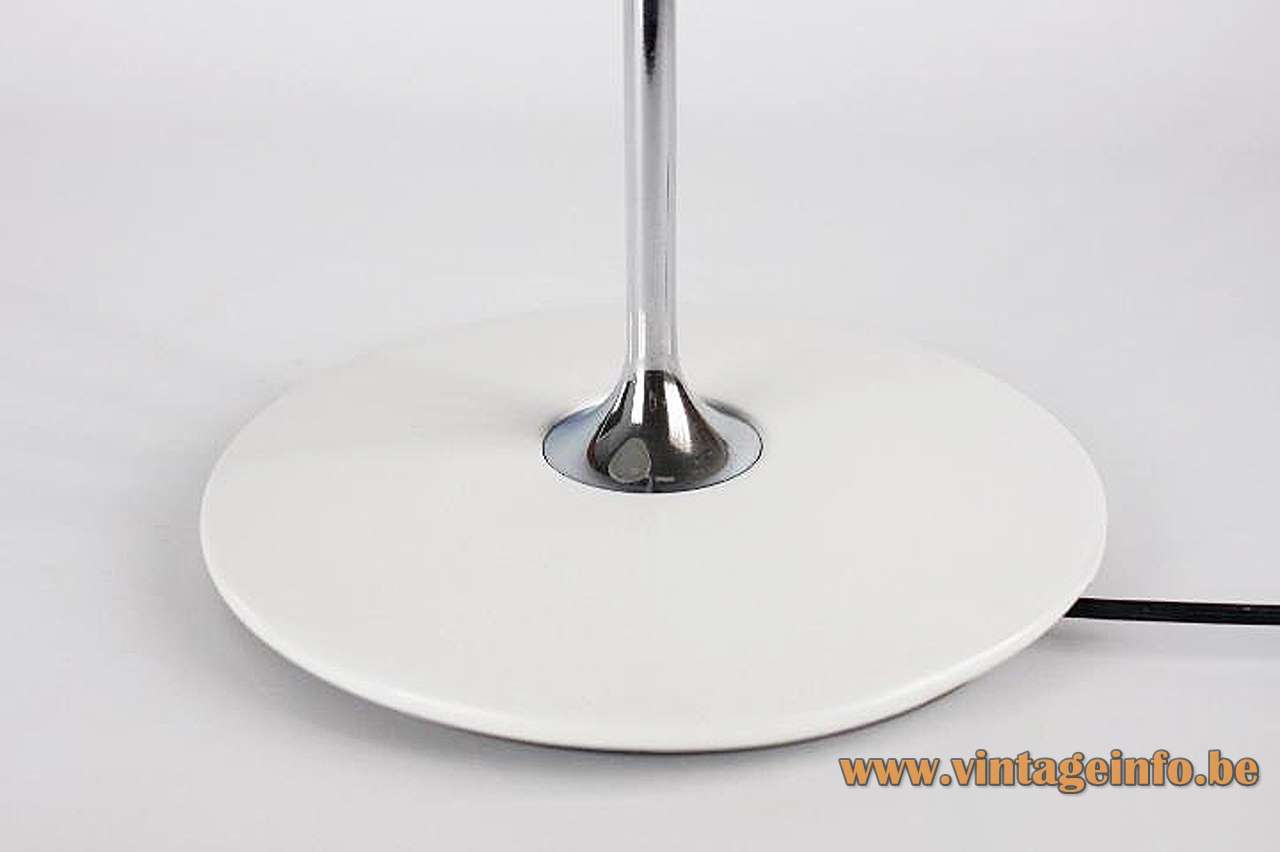 Other versions: The Fase Apolo desk lamp. exist in a few colours: white, black, orange and maroon. Made in several variations, but these lamps have a different name, as you can see in the catalogue pictures. On this page also the Flash desk lamp and the Sauce desk lamp with a curved rod.

The Fase Apolo desk lamp is reminiscent to the Joe Colombo Coupé lamp designed for Oluce in the 60s. It is almost a copy.

The Fase company was founded by self-made man Pedro Martín García and designer Luis Pérez de la Oliva in 1964, some sources say 1966. The Boomerang lamp was one of their first designs. Initially they sold their self-produced lamps to the markets in and around the capital Madrid before successfully opening a factory in Torrejón de Ardoz on the outskirts of the city.

In the 1980’s Fase jumped on the bandwagon of the halogen lighting. The break with tradition proved unsuccessful and ultimately contributed to the end of the business. A large fine of the Treasury in the early nineties for tax irregularities was the end for Fase. The company was officially dissolved in 1996.

Designers who have worked for the company include: Gabriel Teixidó Sabater. He designed the Iberia and Meca series and Tomás Díaz Magro, responsible for the Apolo, Minifase and Impala lamps. The most productive was Luis Pérez de la Oliva, who designed the majority of the Fase lamps. Other designers are: Iosu Rada Martínez, Carlos Lalastra de la Fuente and José Luis Gugel Sancha. 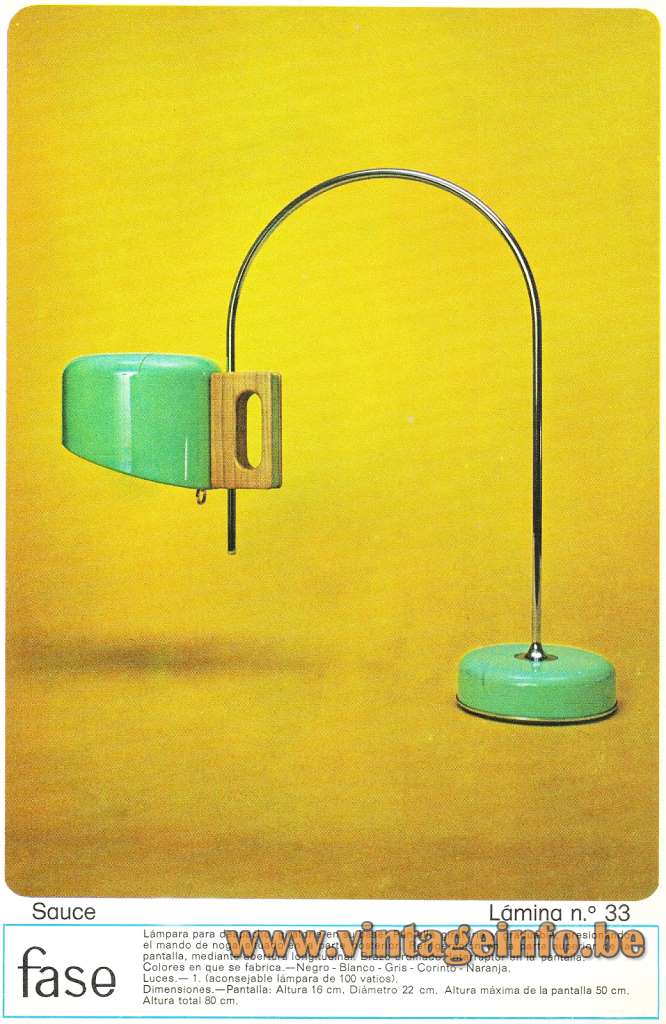