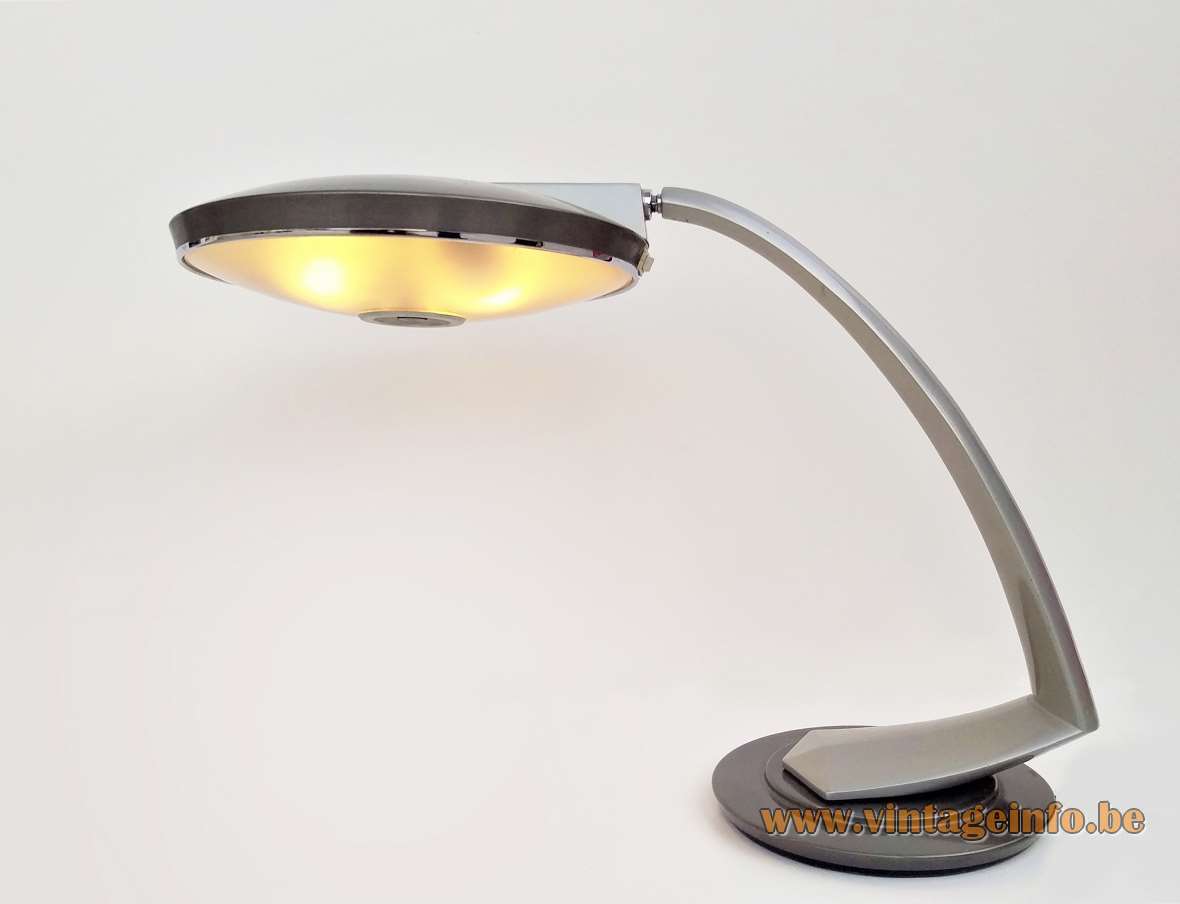 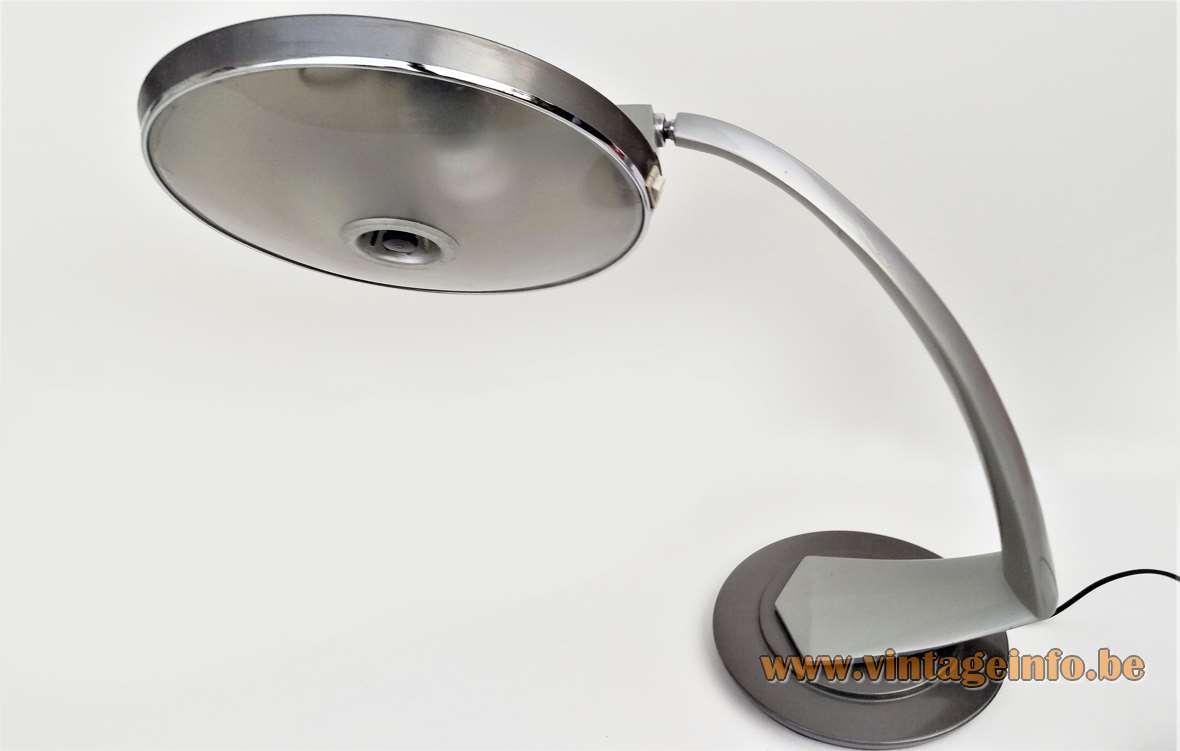 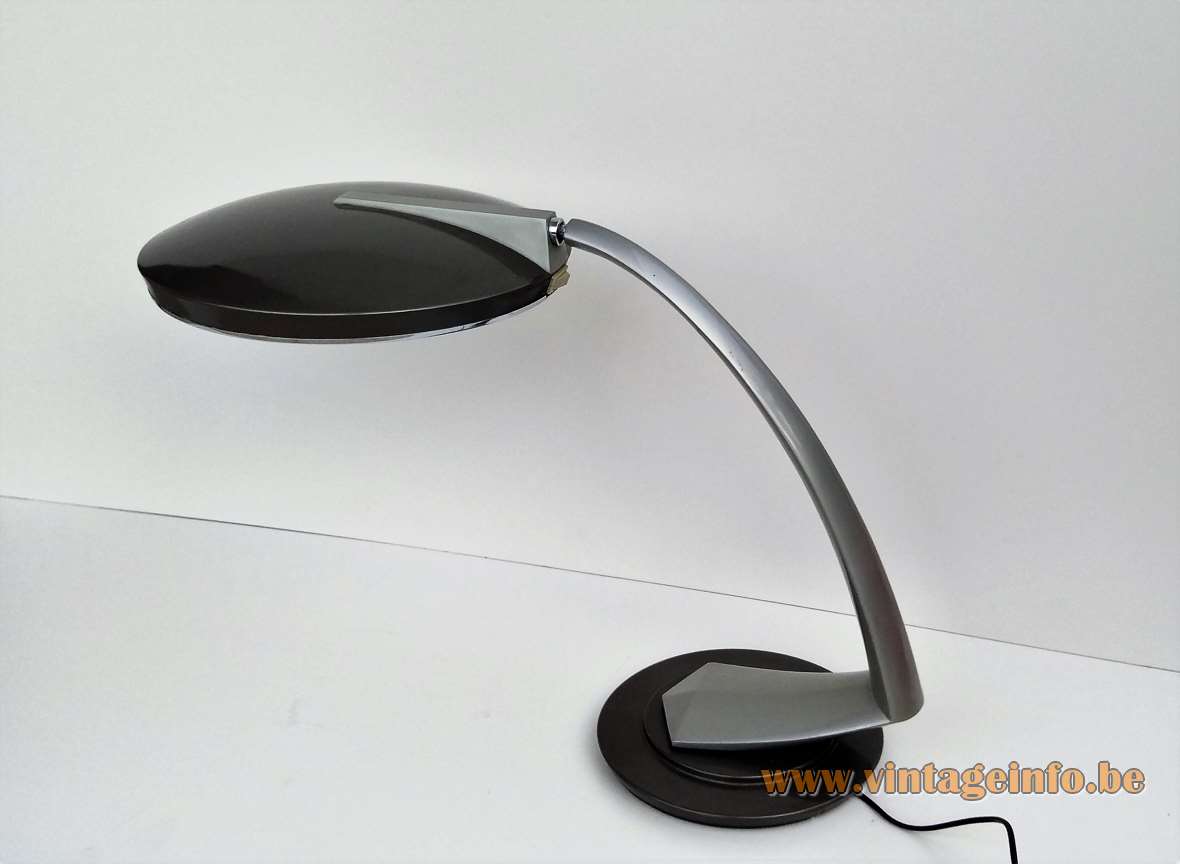 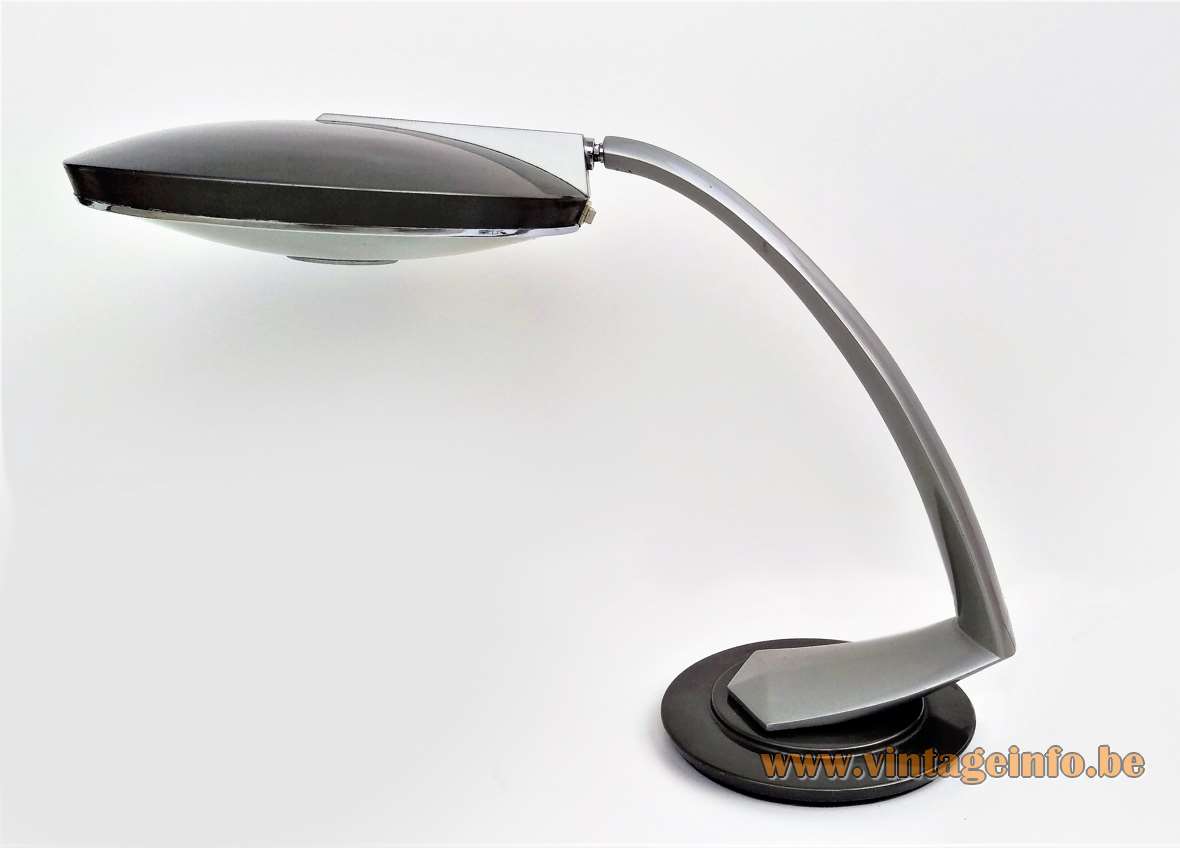 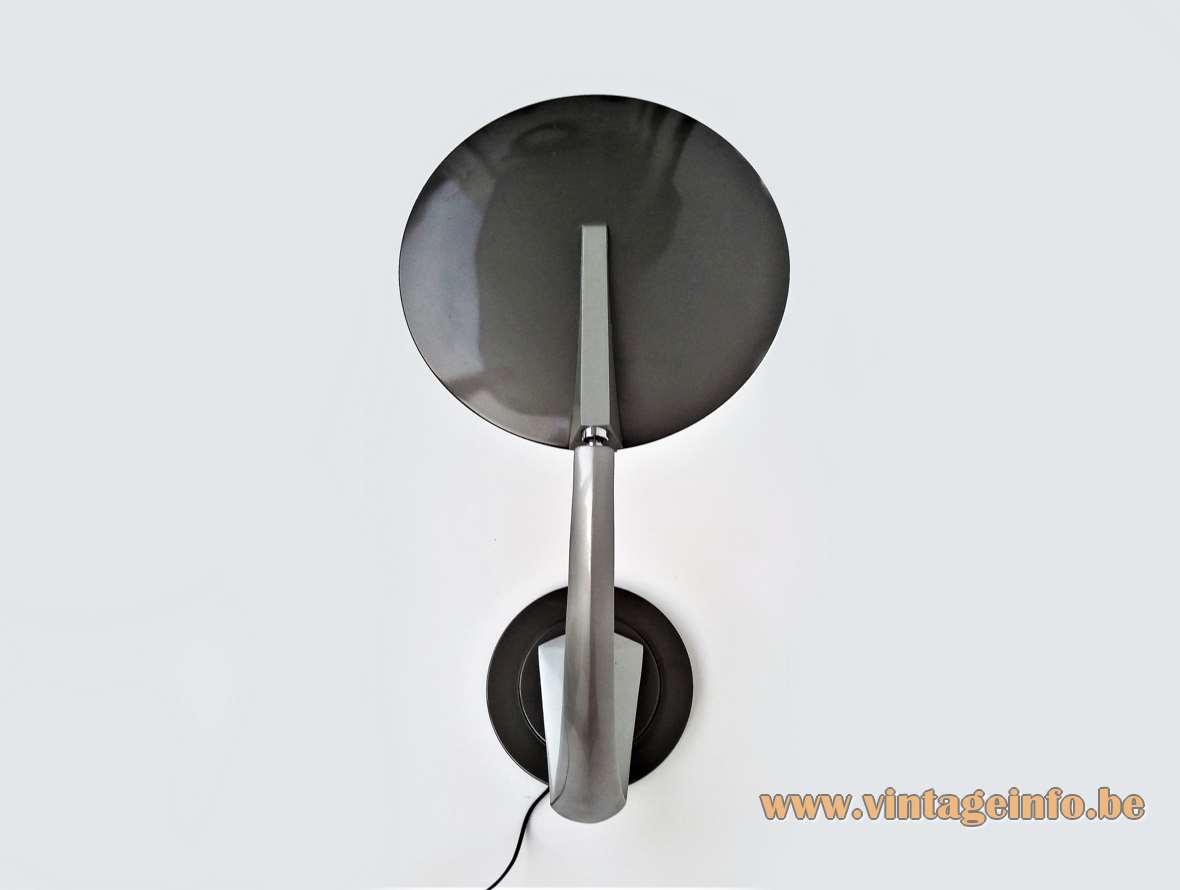 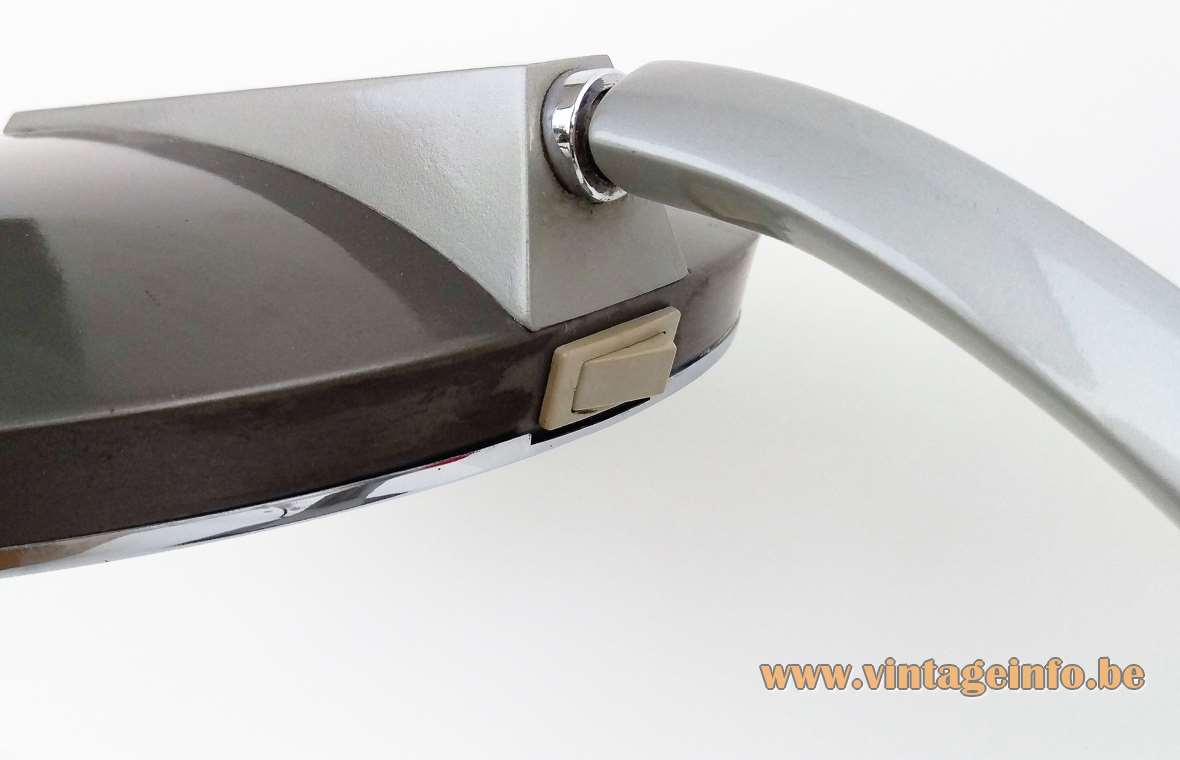 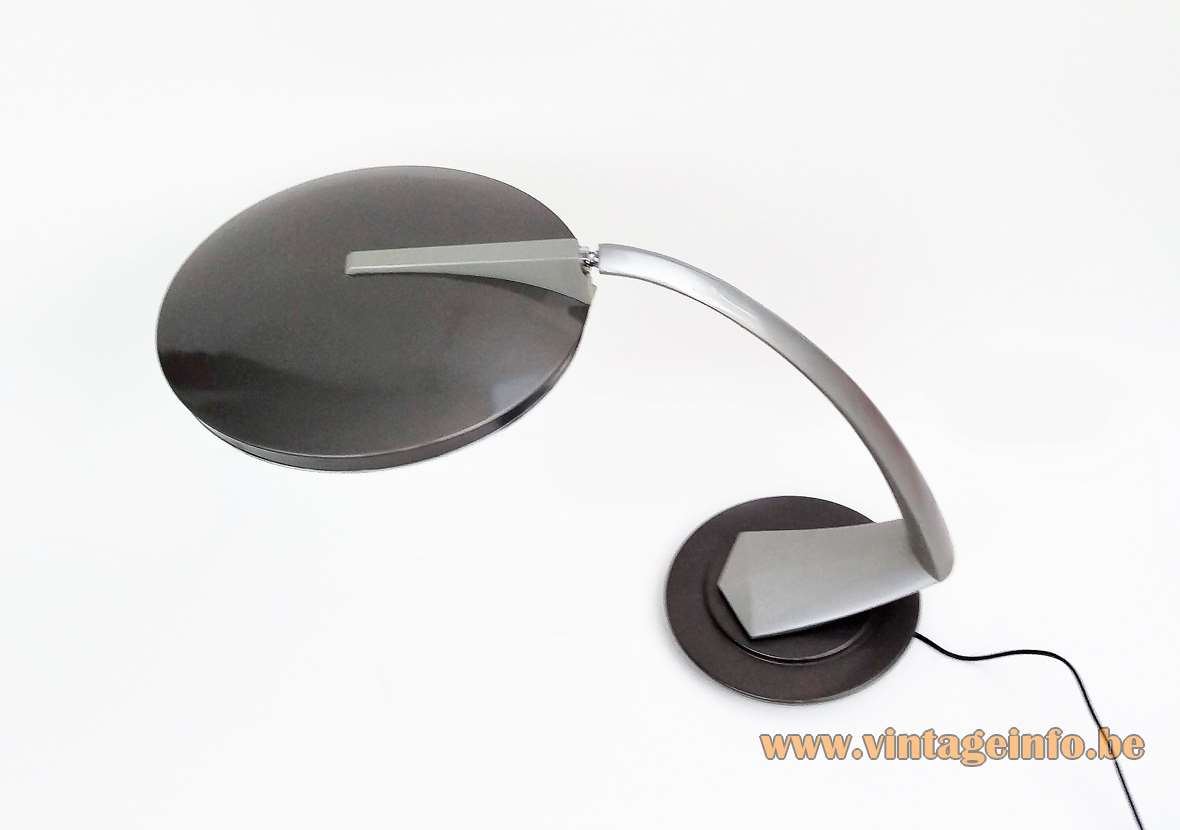 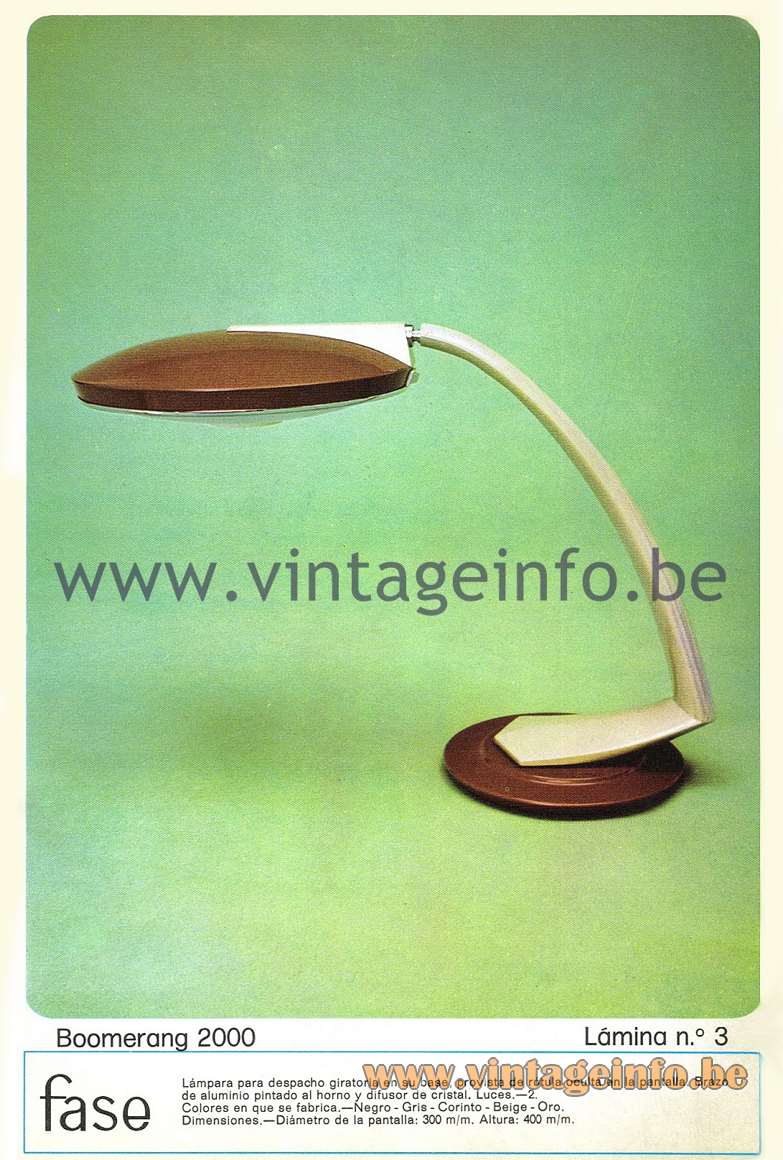 A Fase Boomerang 2000 desk lamp was used as a prop in La Fôret (The Forest) from 2017. A French crime drama television series, created by Delinda Jacobs and directed by Julius Berg.

A Fase Boomerang 2000 desk lamp was used as a prop in Atomic Blonde (2017), an American action thriller spy film directed by David Leitch.

Indiana Jones and the Kingdom of the Crystal Skull (2008) – Wikipedia

Other versions: Fase produced many lamps in this style. This Fase Boomerang 2000 desk lamp was made in some varieties and many (metallic) colours. Gold, brown, maroon, ochre, red and so on. The lamp can rotate 360 degrees on the heavy base. Also the lampshade can turn left and right.  In 1975 the price for this lamp was +- 16 euro/dollar.

A similar lamp, produced by the American company Dazor, model 2003, was used as a prop in the 1963 James Bond film From Russia With Love. A year before the Fase company was founded. The James Bond movie was partially filmed in Spain… maybe we know where Fase got its inspiration. Dazor produced several lamps in this style in the 1950s, all with a 2000-number, such as this one.

The starship Enterprise from the Star Trek TV series (1966) has many similarities with the Fase lamps. Was Gene Roddenberry inspired by Fase, Dazor, or is it a coincidence?

A similar desk lamp, the Dazor model 2008, was used as a prop in the James Bond film From Russia With Love from 1963. Starring Sean Connery, Daniela Bianchi and Pedro Armendáriz. 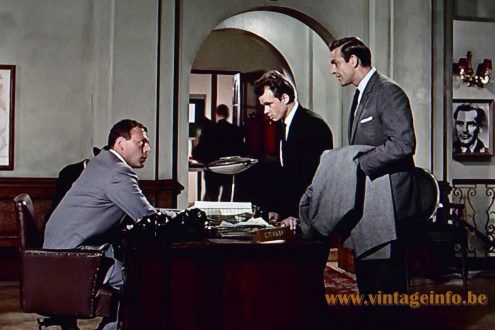 A Fase Boomerang 2000 desk lamp was used as a prop in Bohemian Rhapsody (2018). A biographical film about the British rock band Queen.

A Fase Boomerang 2000 desk lamp was used as a prop in the in the 2004 French crime film 36 Quai des Orfèvres. Starring Daniel Auteuil and Gérard Depardieu. 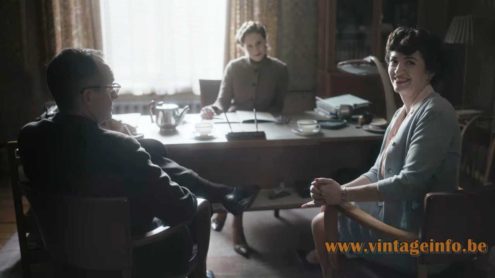 A Fase Boomerang 2000 desk lamp was used as a prop in the in the 2017 Belgian television series Unit 42. Starring Patrick Ridremont, Constance Gay and Tom Audenaert. Many other lamps appear in the series.

Lamps in the movies – Other Fase lamps

A Fase Falux desk lamp was used as a prop in the British dystopian horror film High-Rise from 2015. Starring Tom Hiddleston, Jeremy Irons and Sienna Miller. Many lamps appear in this film. You can find the others over here.