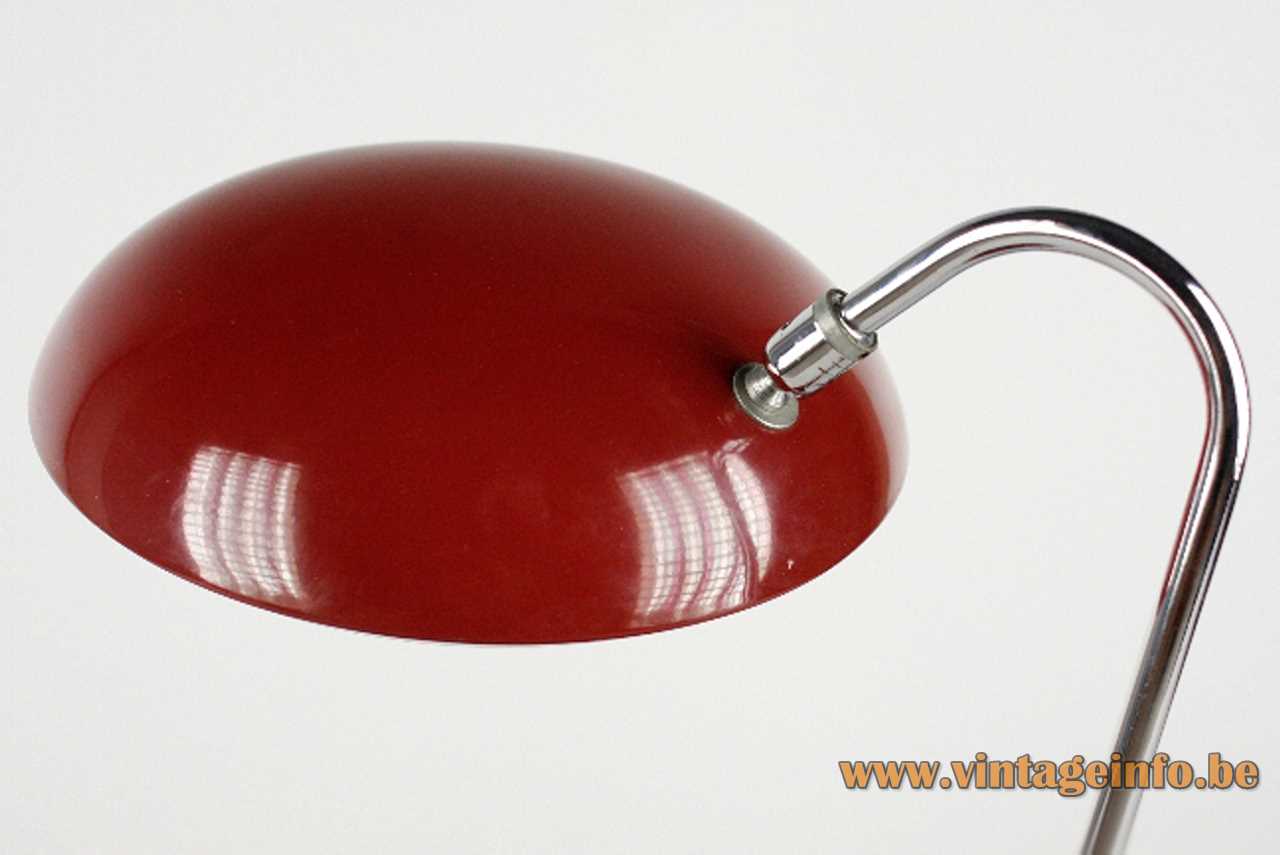 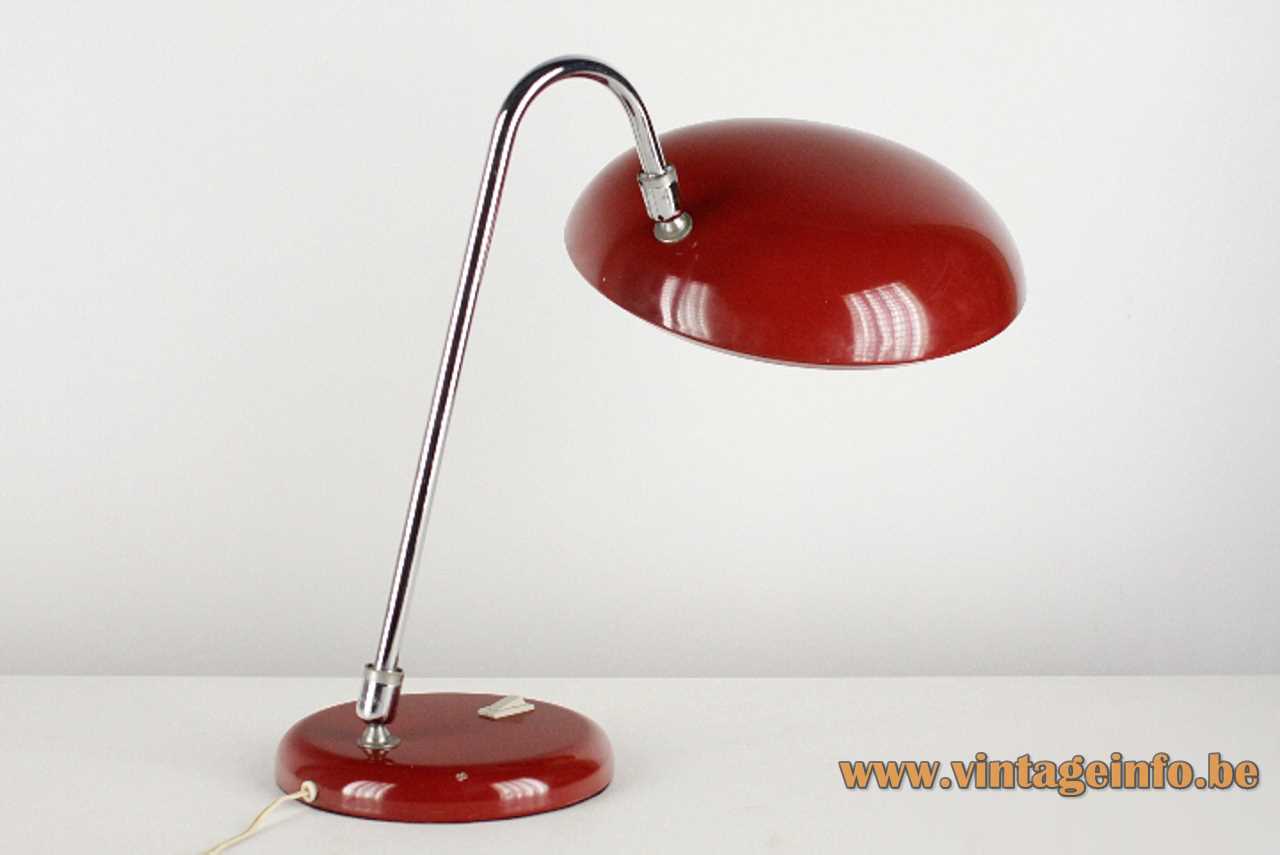 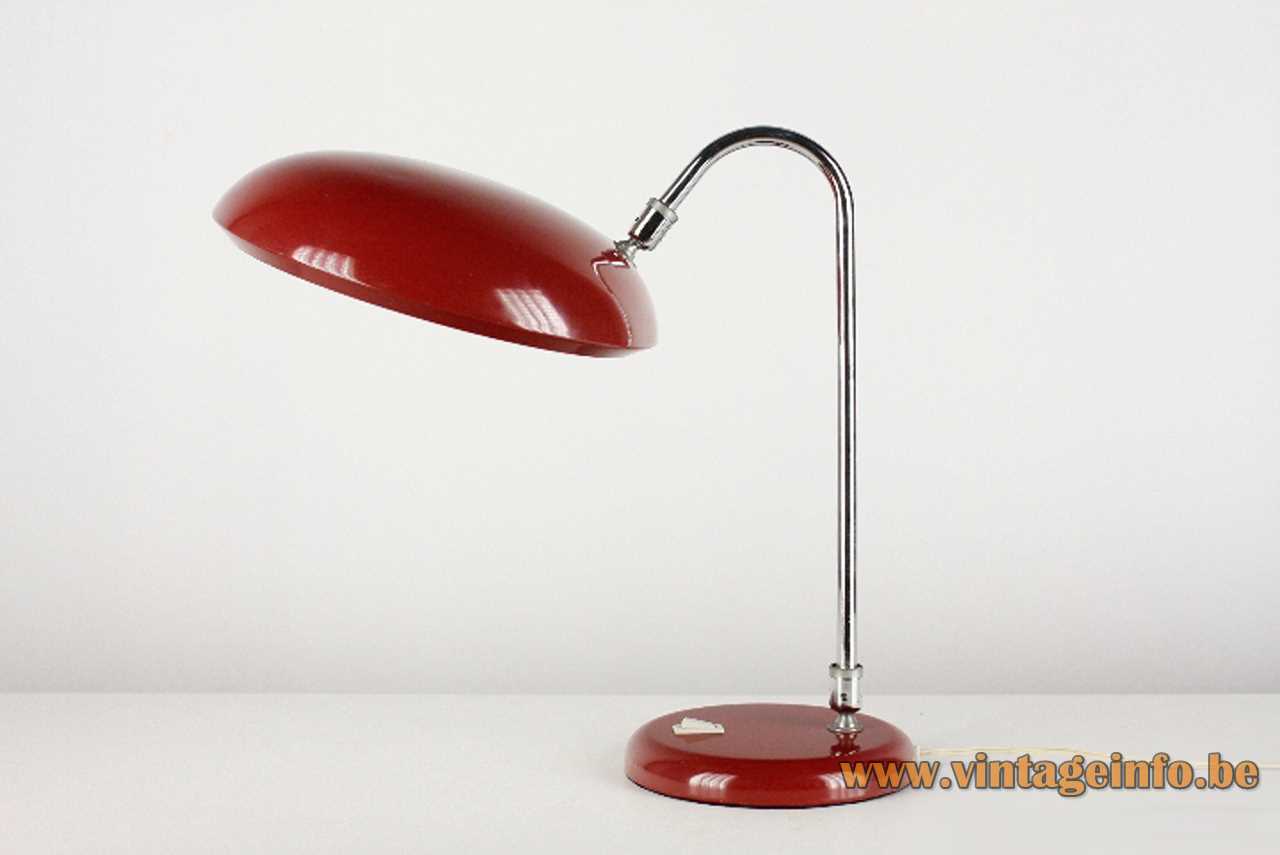 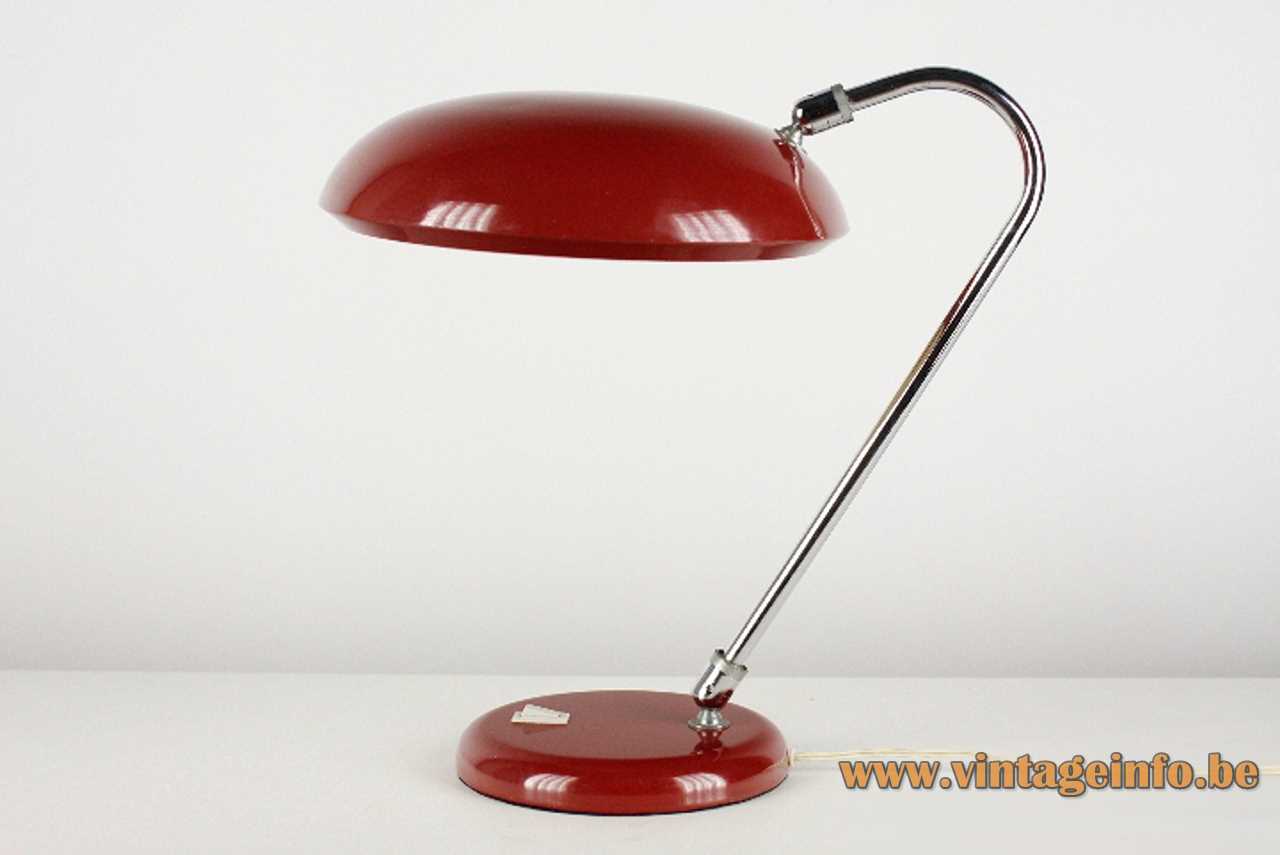 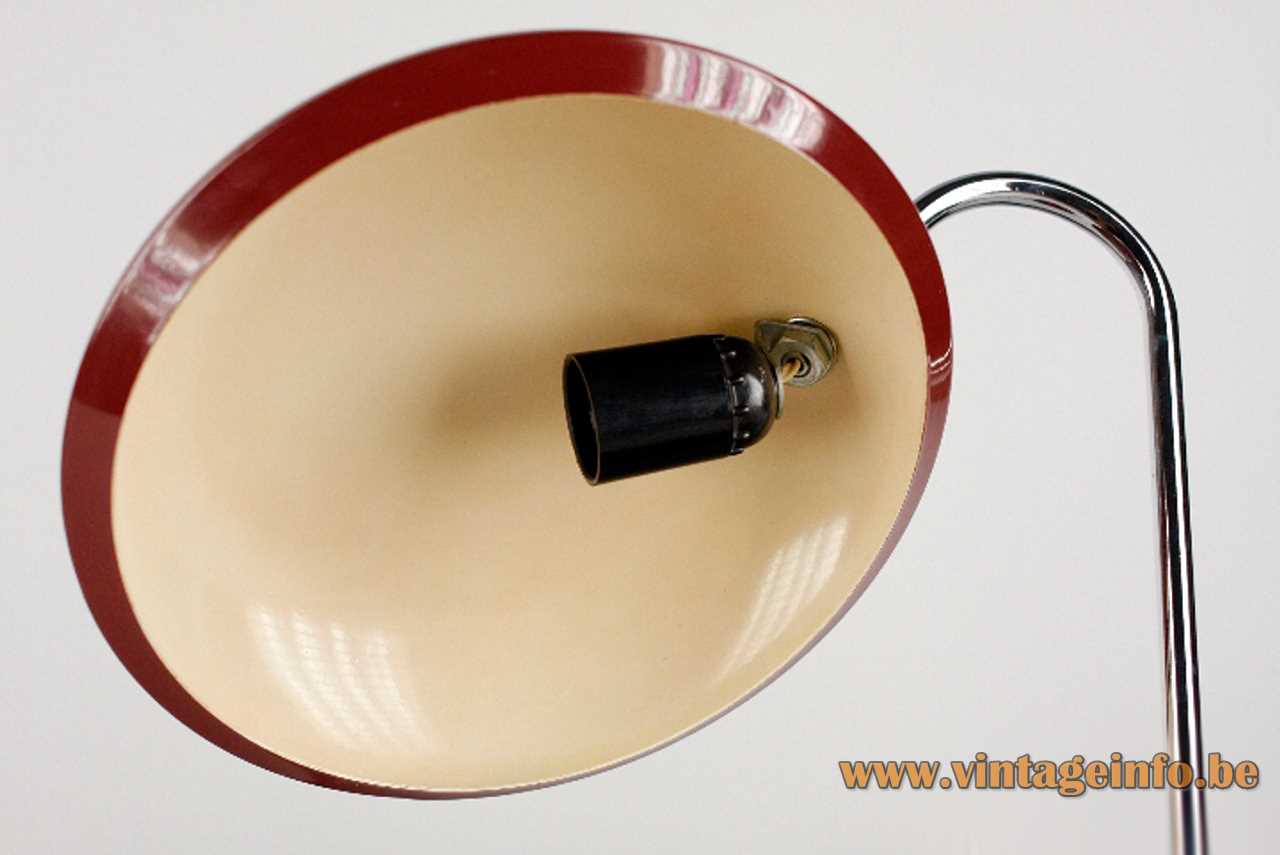 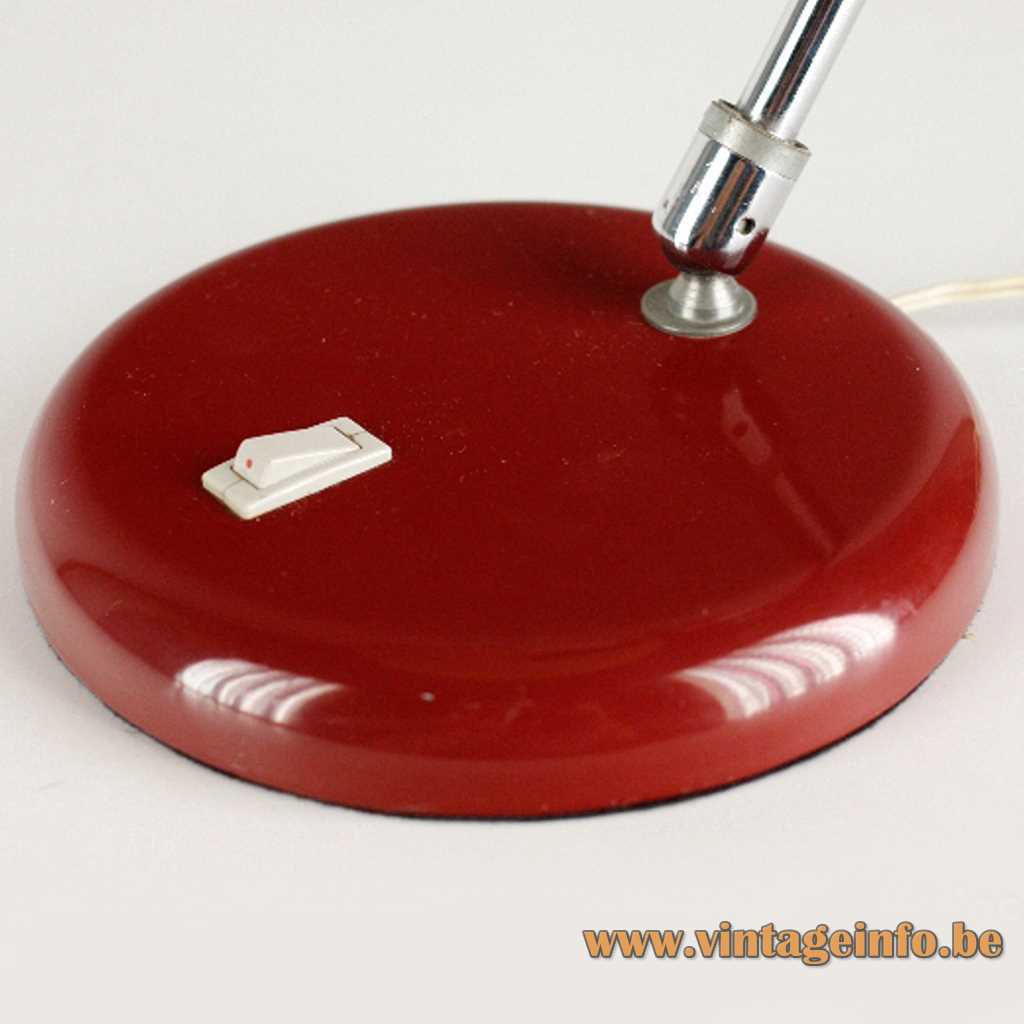 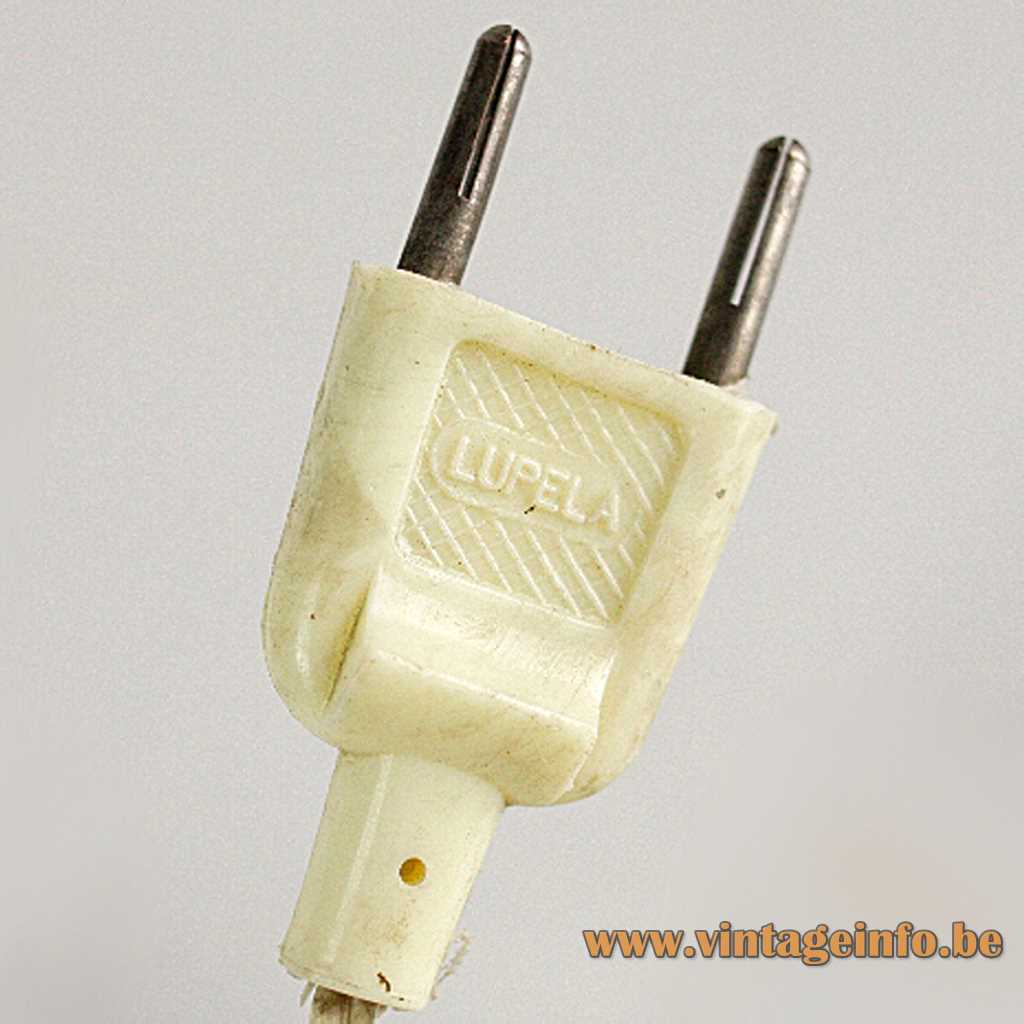 Other versions: This Lupela desk lamp Cisne exists in several colours. The older version of this lamp has a round switch. Cisne is Spanish for swan.

The Lupela story start with the Fase company. Fase was founded by self-made man Pedro Martin and designer Luis Pérez de la Oliva in 1964, some sources say 1966. The Boomerang lamp was one of their first designs. Initially they sold their self-produced lamps to the markets in and around the capital Madrid before successfully opening a factory in Torrejón de Ardoz on the outskirts of the city.

Drowned, the company sold its manufacturing license to a German brand, Ma-Of, which slightly modified the original design by adding more chrome. Before these final death rattles, the partners had already separated.

Luis Pérez de la Oliva had created his own brand Lupela, another flagship of Spanish design, named after himself: Luis Pérez de la Oliva. Lupela went back to the old successful designs of Fase. Many lamps produced by Lupela are very similar with the Fase lamps from the 60s and 70s, such as the Boomerang and President lamps. Luis Pérez de la Oliva designed all these lamps, as he did before for Fase. What happened with the Lupela company is unclear. Probably everyone was bored with the old design and the company died a glorious death sometime in the 80s. No information can be found about it, unfortunately.

Designers who have worked for the Fase company include: Gabriel Teixidó. He designed the Iberia and Meca series and Tomás Díaz Magro, responsible for the Apolo, Minifase and Impala lamps. The most productive was Luis Pérez de la Oliva, who designed the majority of the Fase lamps and the lamps for Lupela.