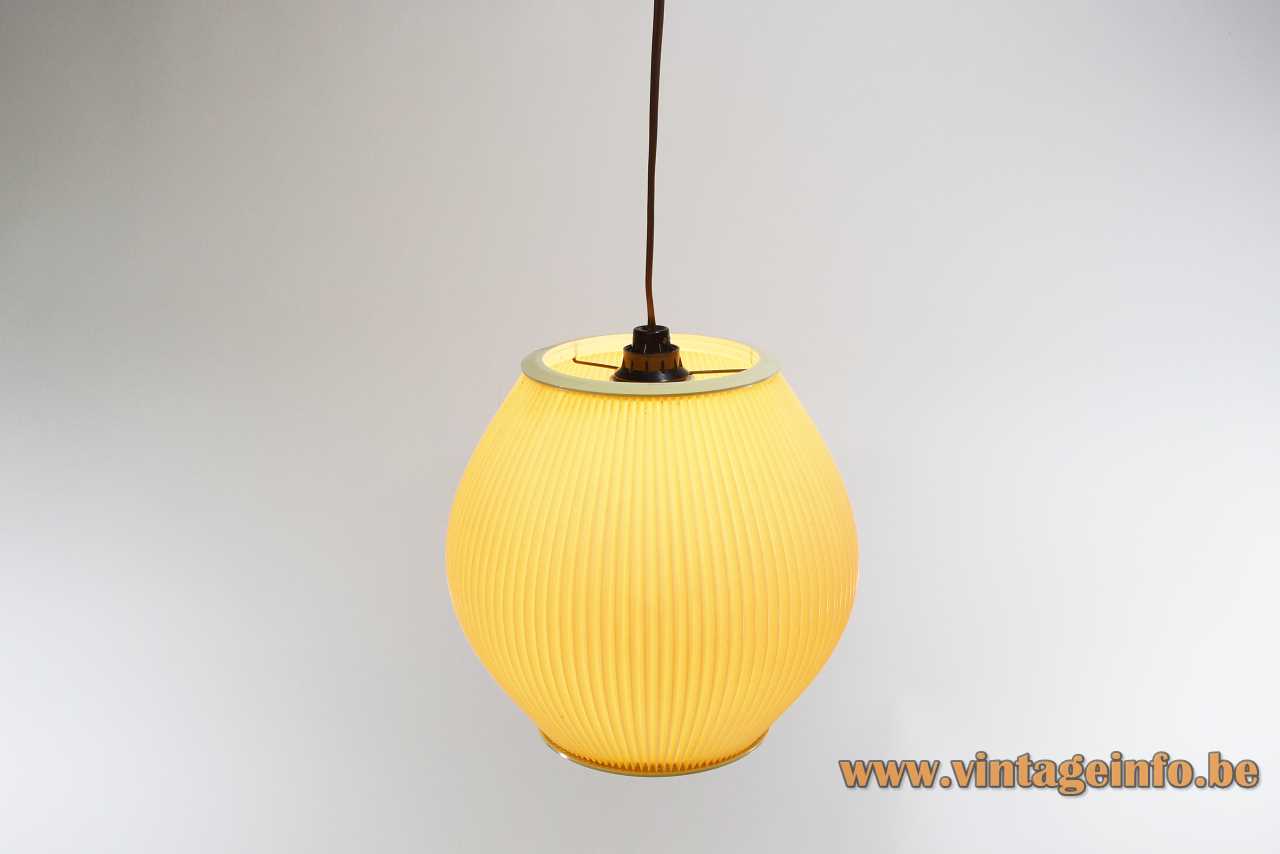 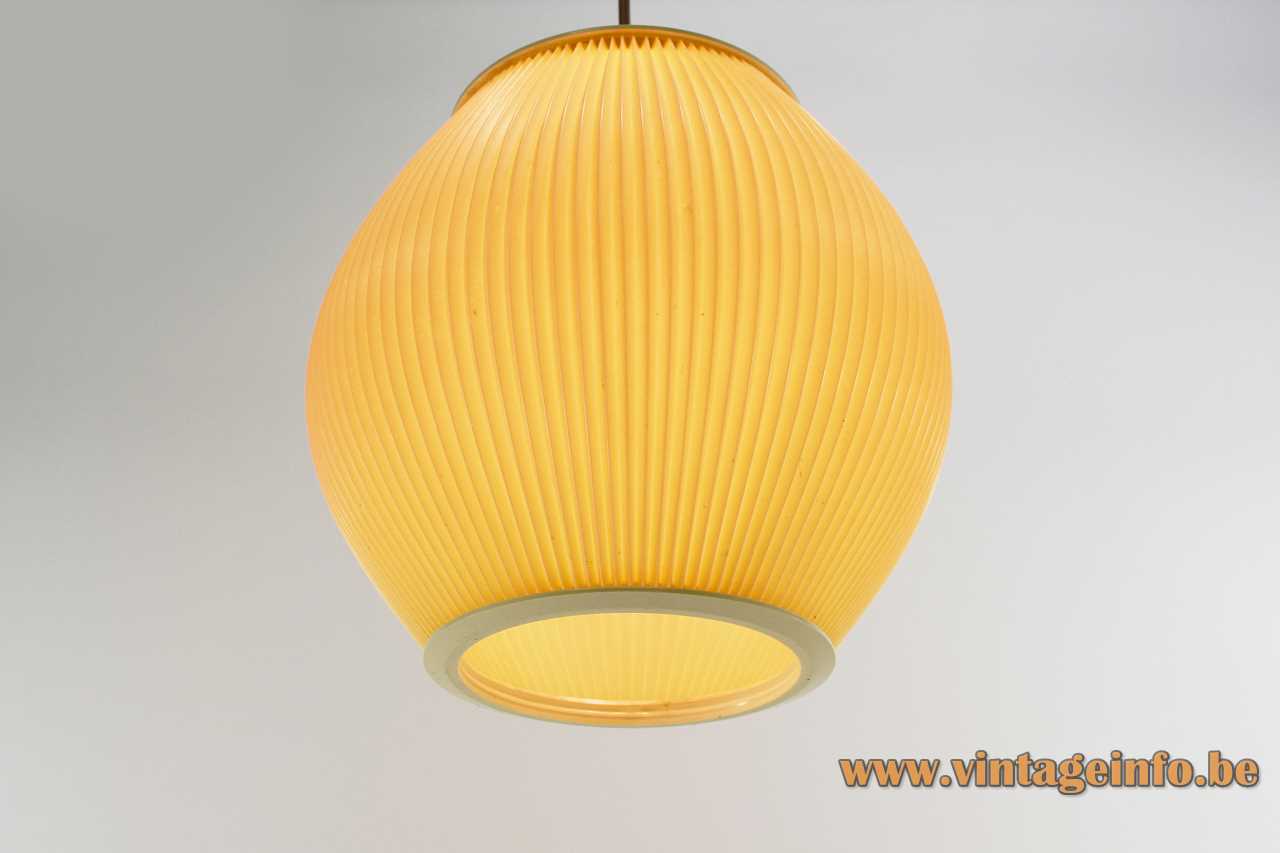 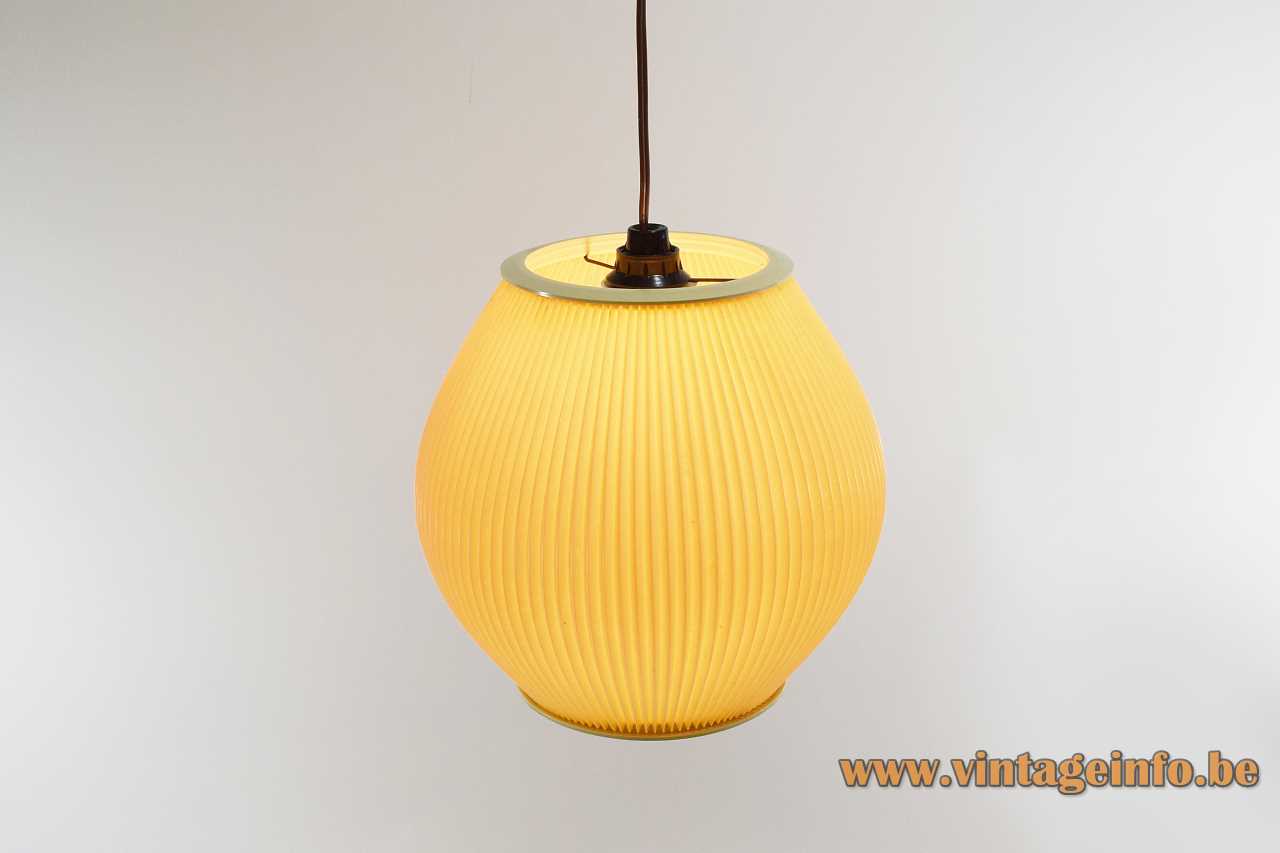 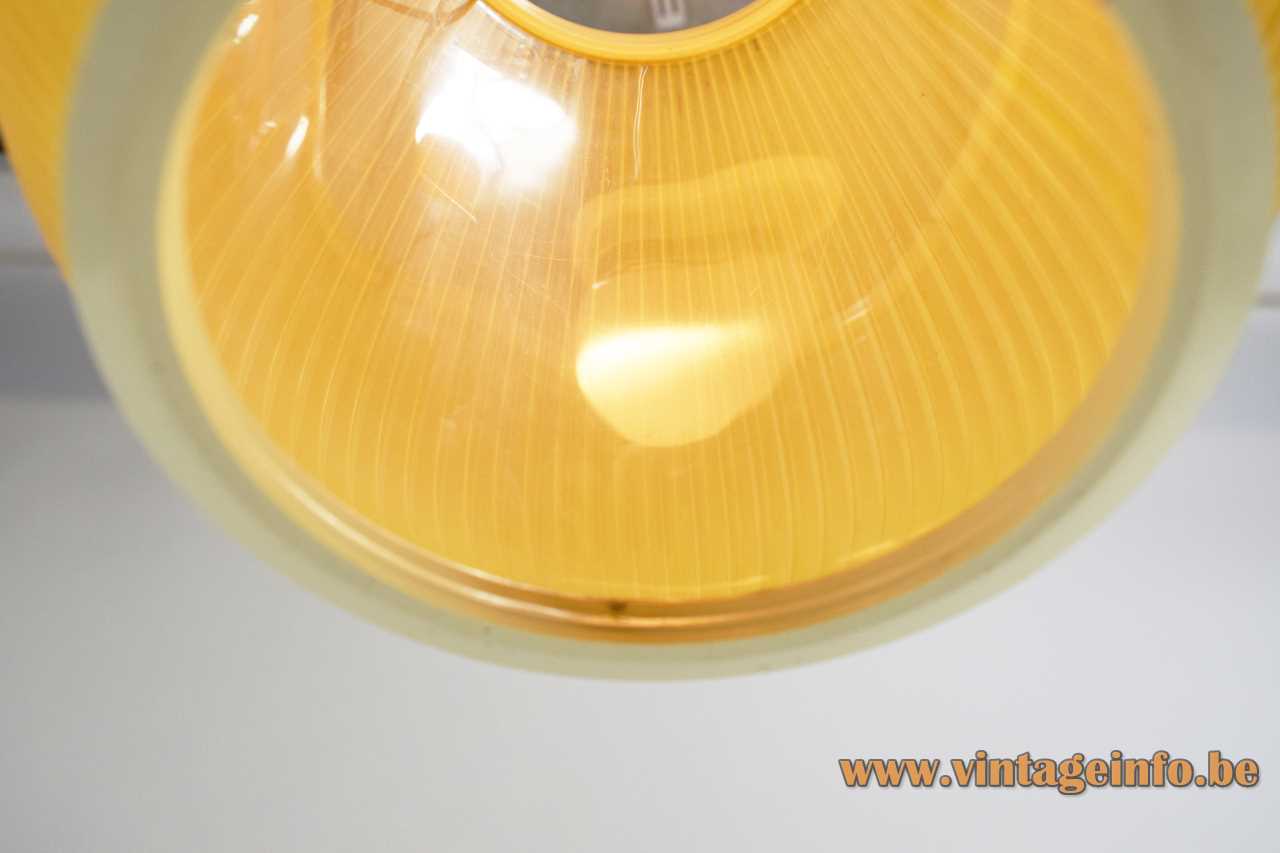 Other versions: This Hoyrup Pearlshade style pendant lamp exists in several variations. Unlike other lamps it has a clear plastic tube inside to prevent the dust from settling, very smart.

The top part of the Hoyrup lamps was always slightly larger and rounder than the bottom part. In the beginning these lamps were also produced with a wire-frame. Later a clear plastic tube was used. It was glued together with the top and bottom ring. The fragile plastic was produced by the German company  Dynamit Nobel from Troisdorf.