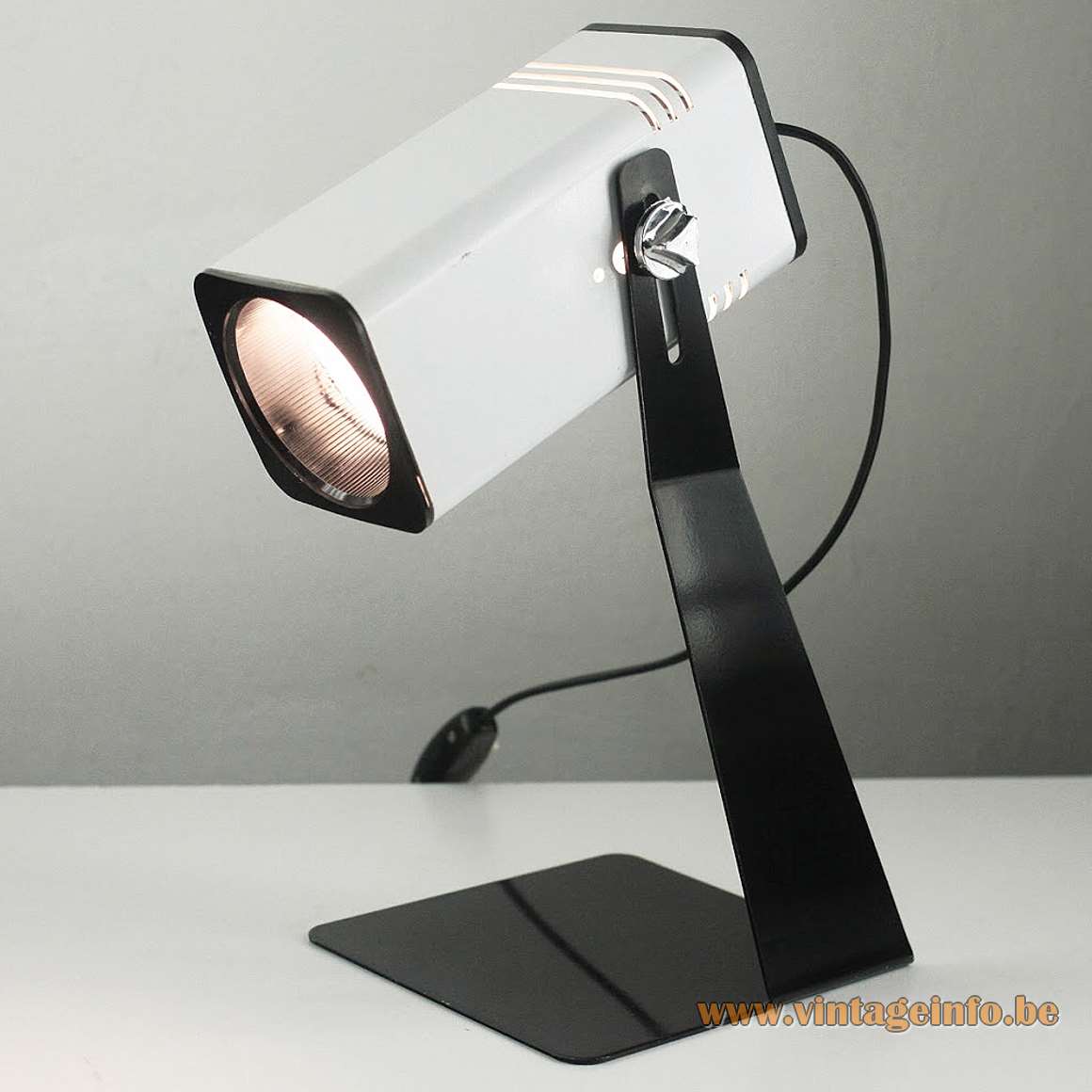 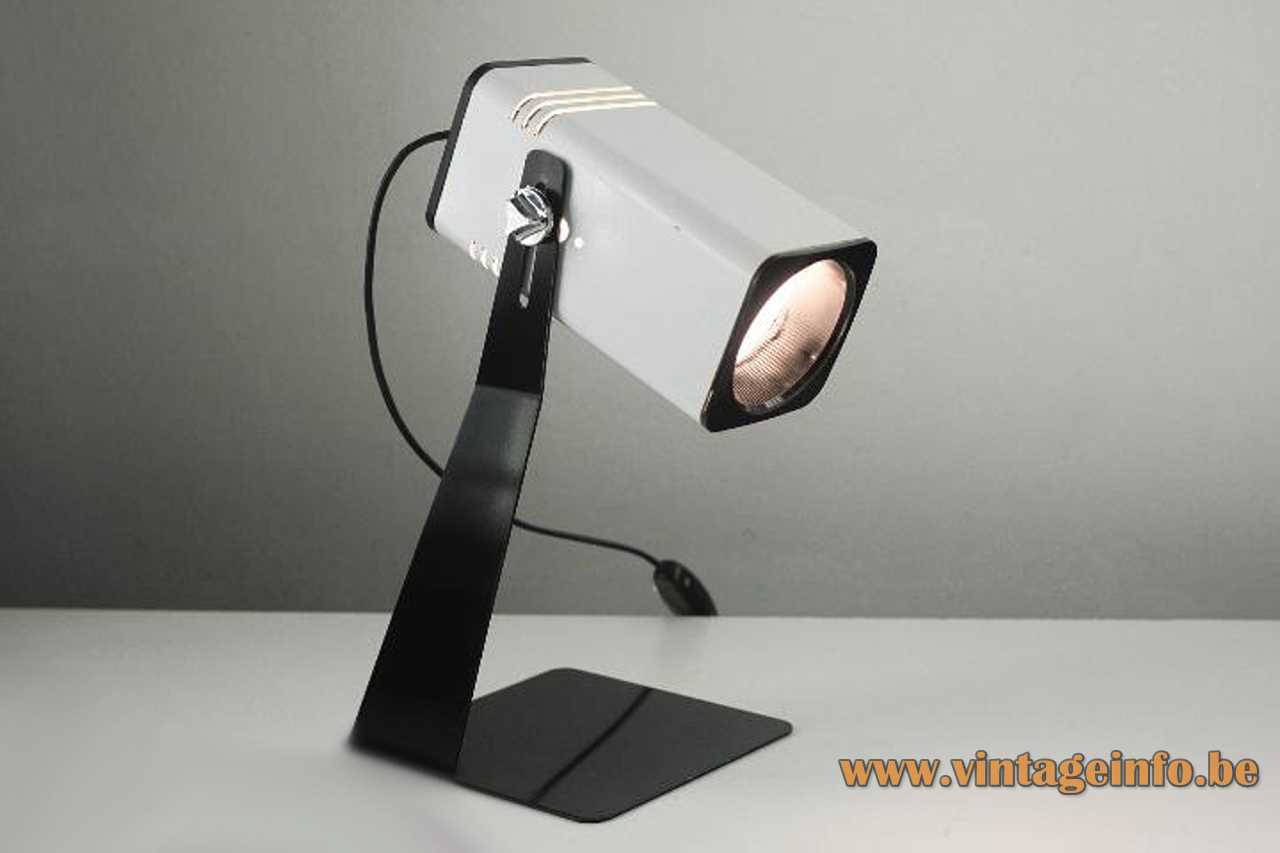 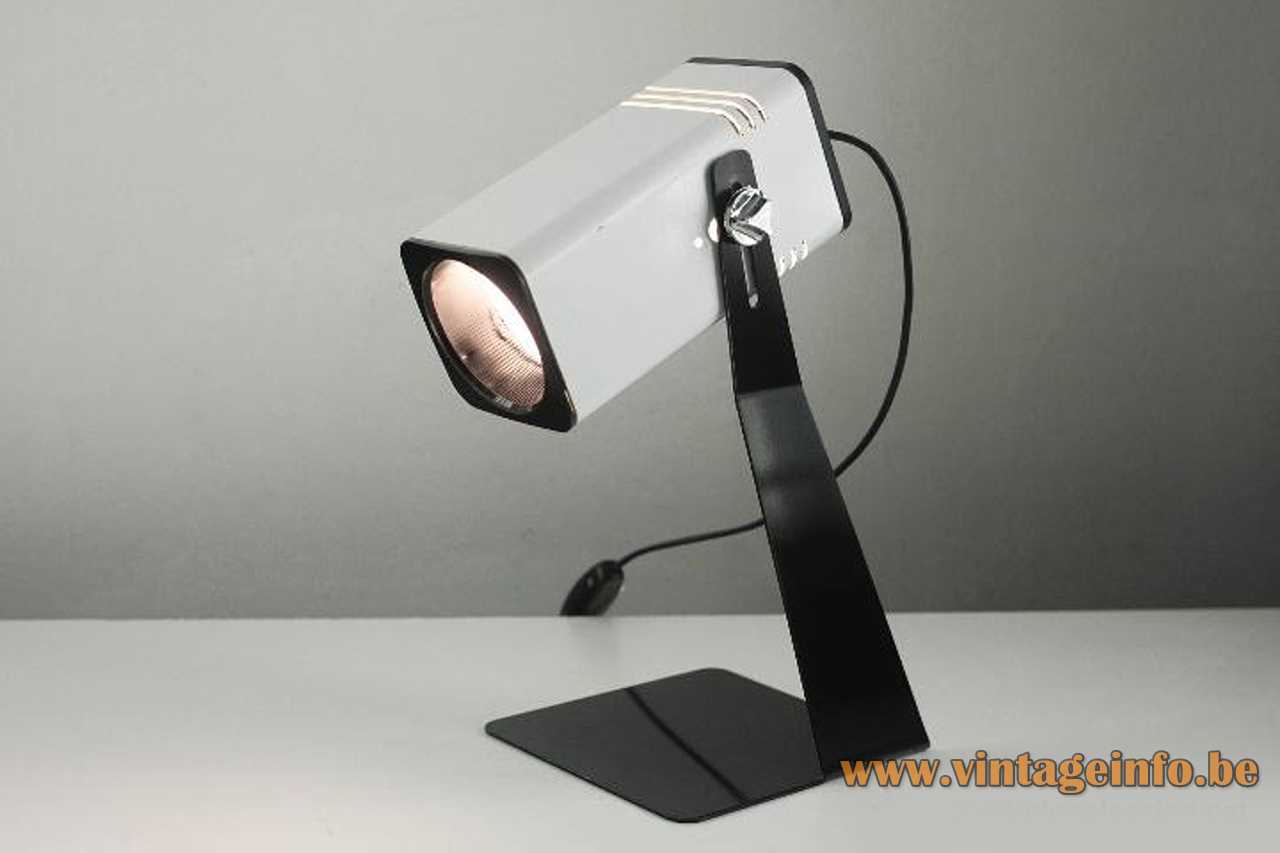 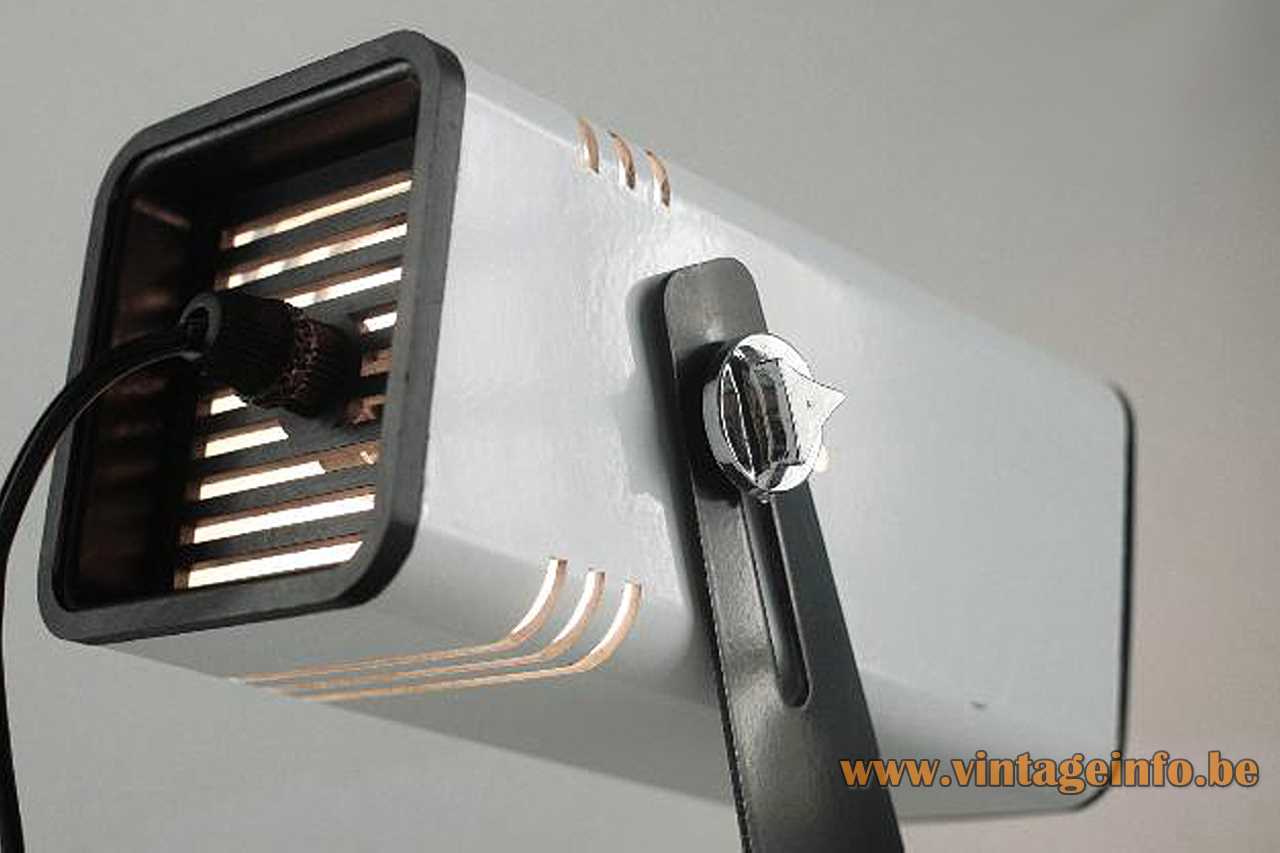 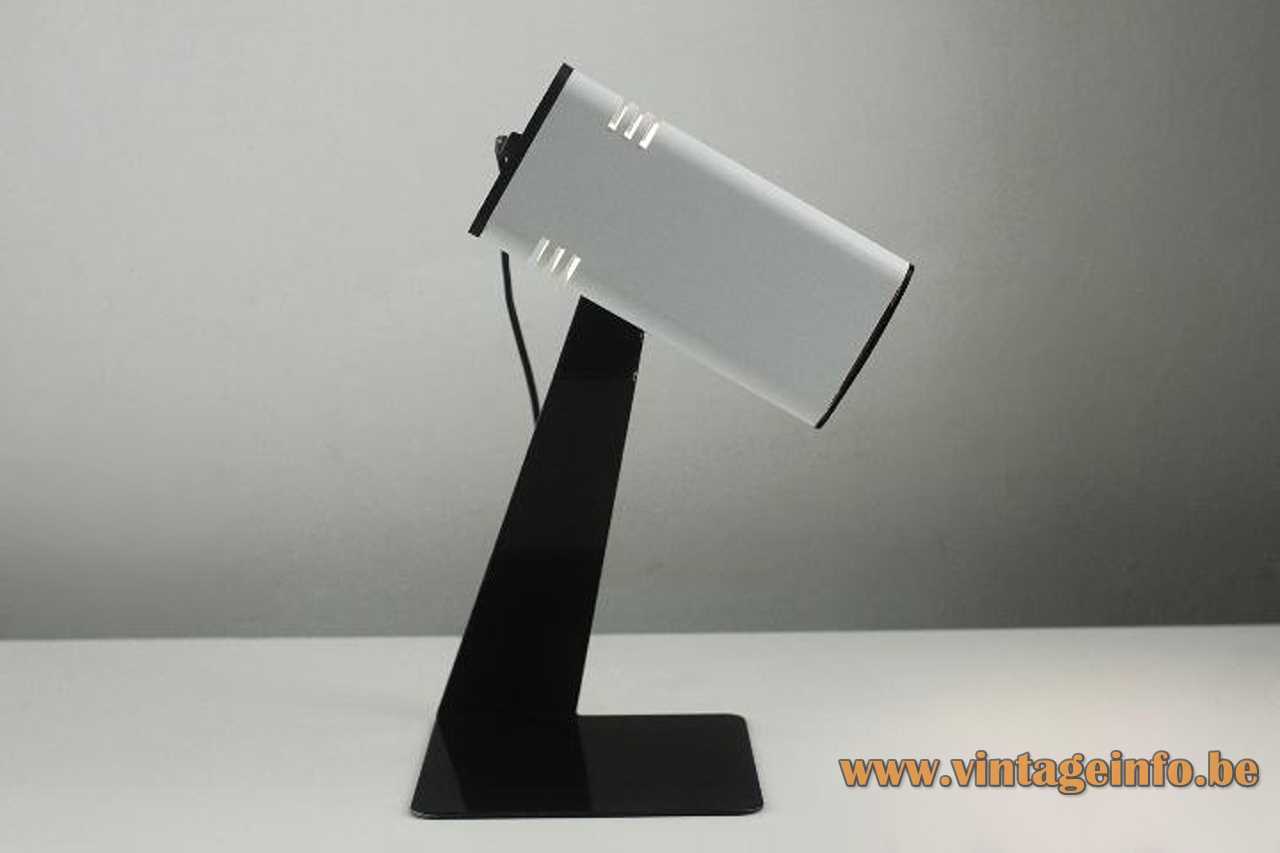 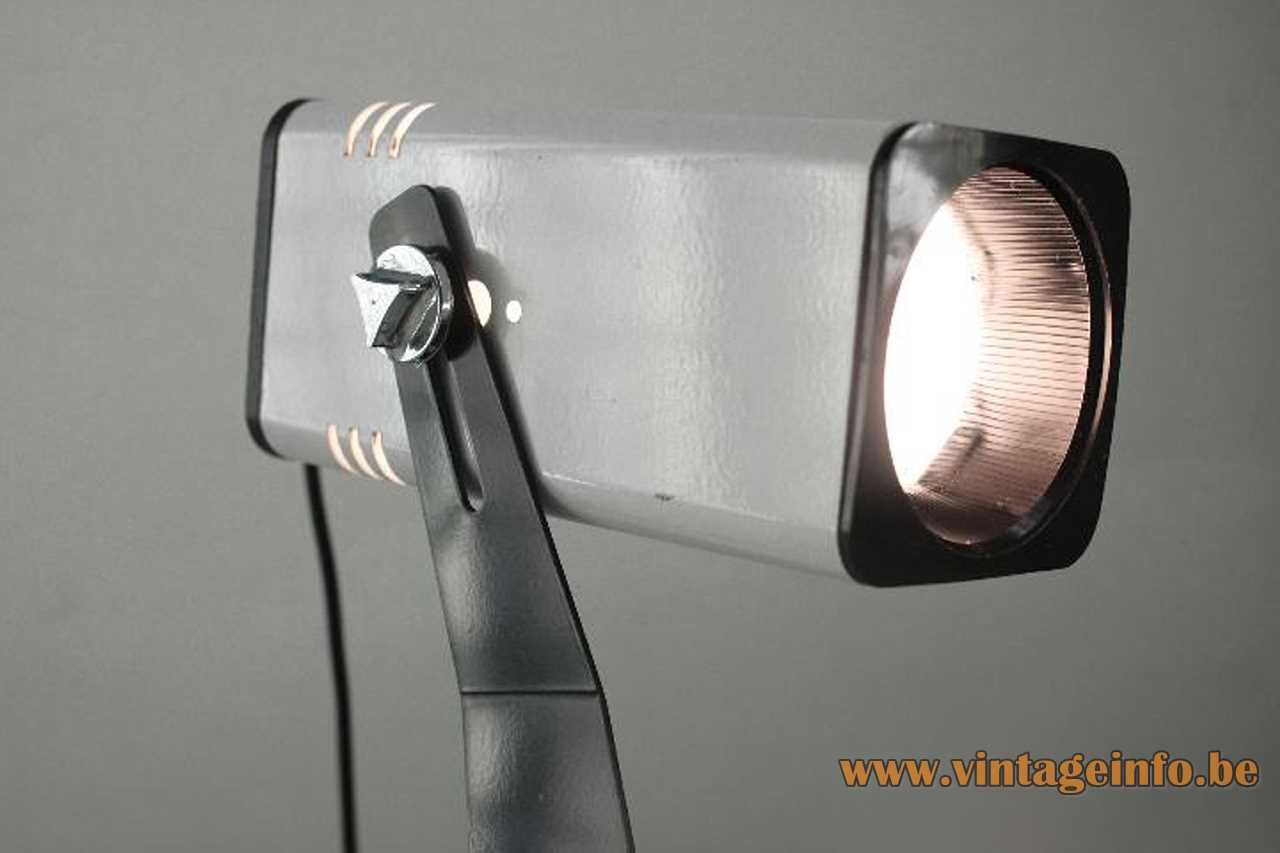 A yellow version of the Fase square tube table lamp was used as a prop in the 2021 Spanish film Las Leyes De La Frontera (Outlaws). Starring: Chechu Salgado, Begoña Vargas and Marcos Ruiz. Many other (Fase) lamps appear in this film. You can find them over here.

Almost similar lamp made by Philips

Other lamps in the Las Leyes De La Frontera film

This Fase square tube table lamp was sold by Fase from Madrid, Spain. In all probability Brilliant Leuchten from Germany produced this lamp. The only difference is the wiring. For the Brilliant Leuchten lamp electric parts were used from VLM Components from Italy. It also has the 475 switch designed by Achille Castiglioni. Fase used their own parts.

Almost similar lamps were made by Philips from The Netherlands. You can find an example over here.

Fase also sold lamps made by others such as the Yamada Shomei ‘Manon’ table lamp from Japan. You can find it over here on Vintageinfo. The Prisma table lamp was produced in Italy by F.A.A.I. Arredo. The Planeta table and floor lamp by Esperia. Also the Sinus stacking ashtray made by Helit from Germany. A design by Walter Zeischegg from 1967. You can find it here in the MoMA, New York. And these series of lamps produced by Brilliant Leuchten.

In 1970, the facility for industrial glass had to be sold in order to create more space. At the end of the 70’s, the name Brillantglashütte KG changed into Brillantleuchten AG. In 1991, the company name was changed for the last time. The German word “leuchten” (lights) has been deleted and a second “i” has been added to the final version Brilliant AG. 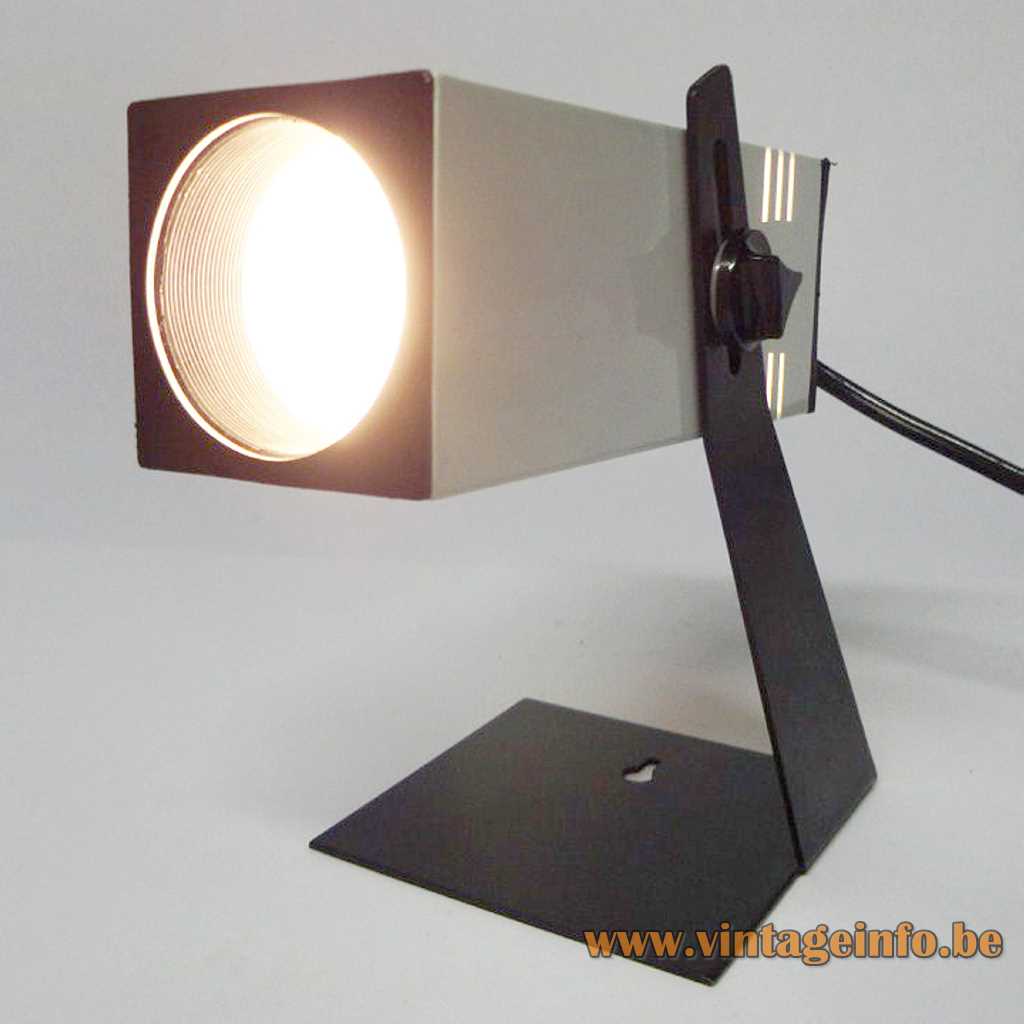 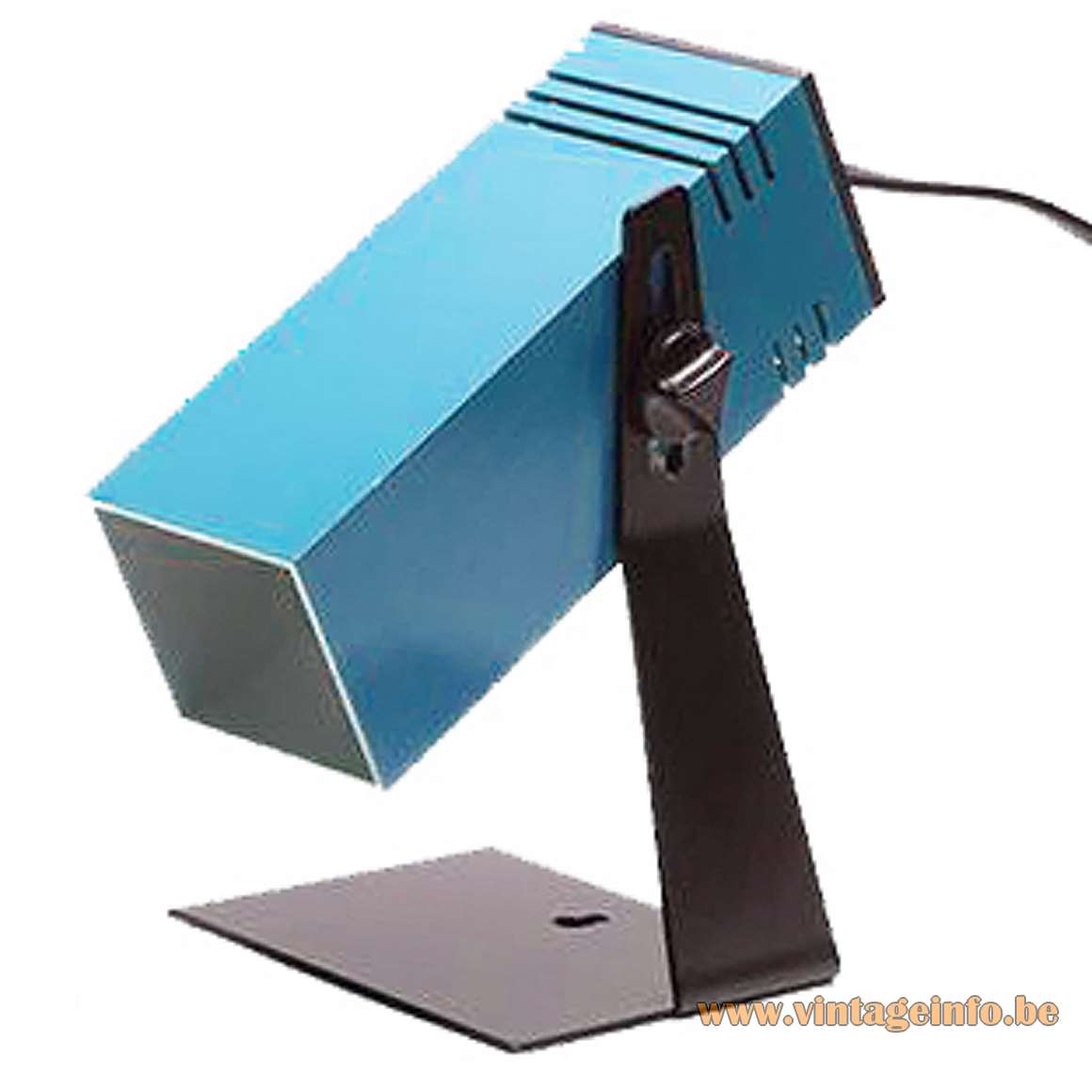 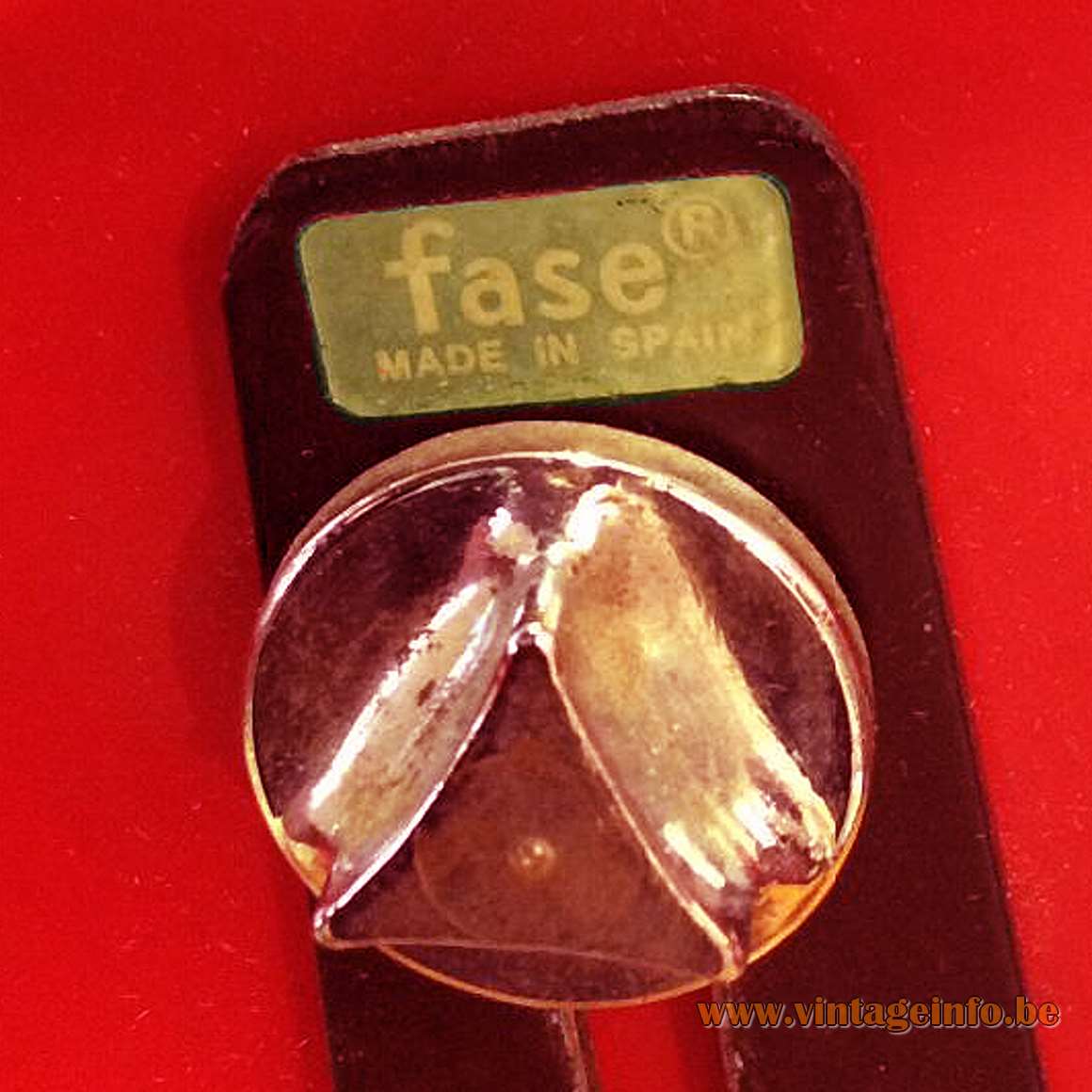 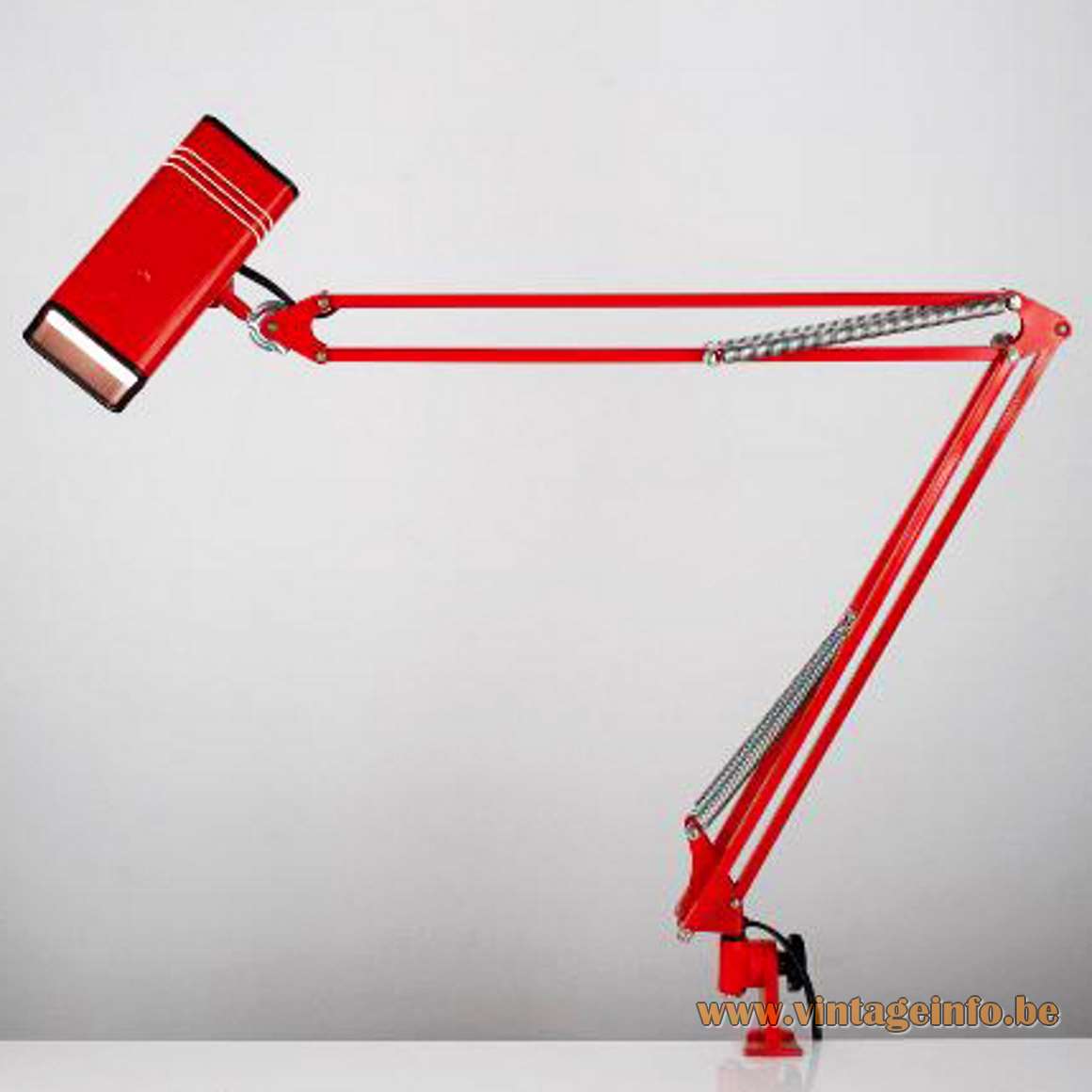